Over the summer I reviewed the Volvo S60 T6 sedan. I liked it so much that I, a seven-time BMW owner, said I’d take it over the new 3-series. I mentioned that the only way the S60 would be better were if it was a wagon. That time has finally come. The new V60 is finally arriving in dealerships. Volvo was also kind enough to lend me one for a few days.

Everything I said about the S60 carries over to the V60. The great looks, very nice interior, just-the-right size, functionality, and fun-to-drive factor. The biggest difference is the cargo area. The S60 trunk has 11.6 cubic feet of space and the V60 has 23.2 cubic feet. That’s measured with the rear seats up for a fair comparison. That is more than the small XC40 CUV, at 20.7 cubic feet and less than the XC60, which has 30.8 cubic feet. The V90, the other, bigger Volvo wagon has 33.9 cubic feet cargo space. It’s almost as if that was by design.

The V60 trunk has nifty cargo divider, mesh side pockets, tie-down loops, and bag hooks. The 60:40-split rear seats fold almost flat. The cargo cover has small rails that it slides on but that operation is strictly manual. 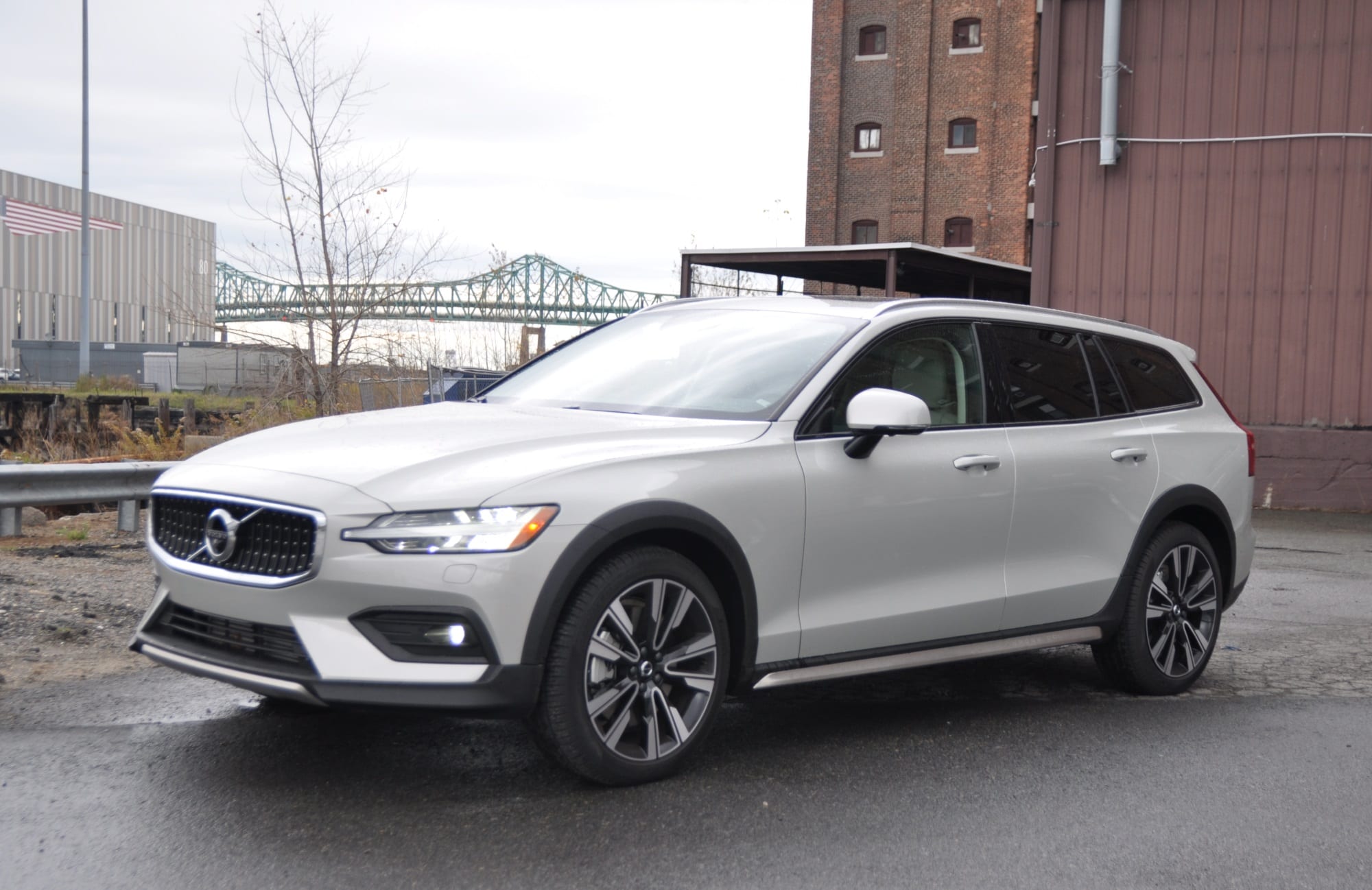 The other big difference between the S60 T6 that I liked so much and this V60 T5 is the engine. The S60 had the optional turbocharged and supercharged T6 engine that made 316-horsepower and 295 lb.-ft. of torque. This V60 has the base T5 turbocharged (only) engine making 250-horsepower and 258 lb.-ft. of torque. And that T5 engine was surprisingly good.

Usable power; off-the-line power, passing power, the kind of power one needs daily on their commute. That is what the T5 provides. The T6 takes that and adds more peak power on top of it. That’s the kind of power that we want for more enthusiastic driving, the kind of power required when really pushing the car. This makes the T5 engine more than sufficient for daily driving but it’s missing that peak RPM zoom.

Like on the T6, the eight-speed automatic works great with the T5 engine. It’s very smooth at shifting and doing other transmission tasks. Sometimes it up-shifts too early in the name of fuel economy. That is cured by selecting the dynamic driving mode, which holds gears longer, if at times for too long. Nice drivetrain bonus: once the engine start/stop is disabled, it stays disabled. The process does not have to be repeated until start/stop is manually enabled again and not when the engine is restarted. Why can’t other automakers do that? 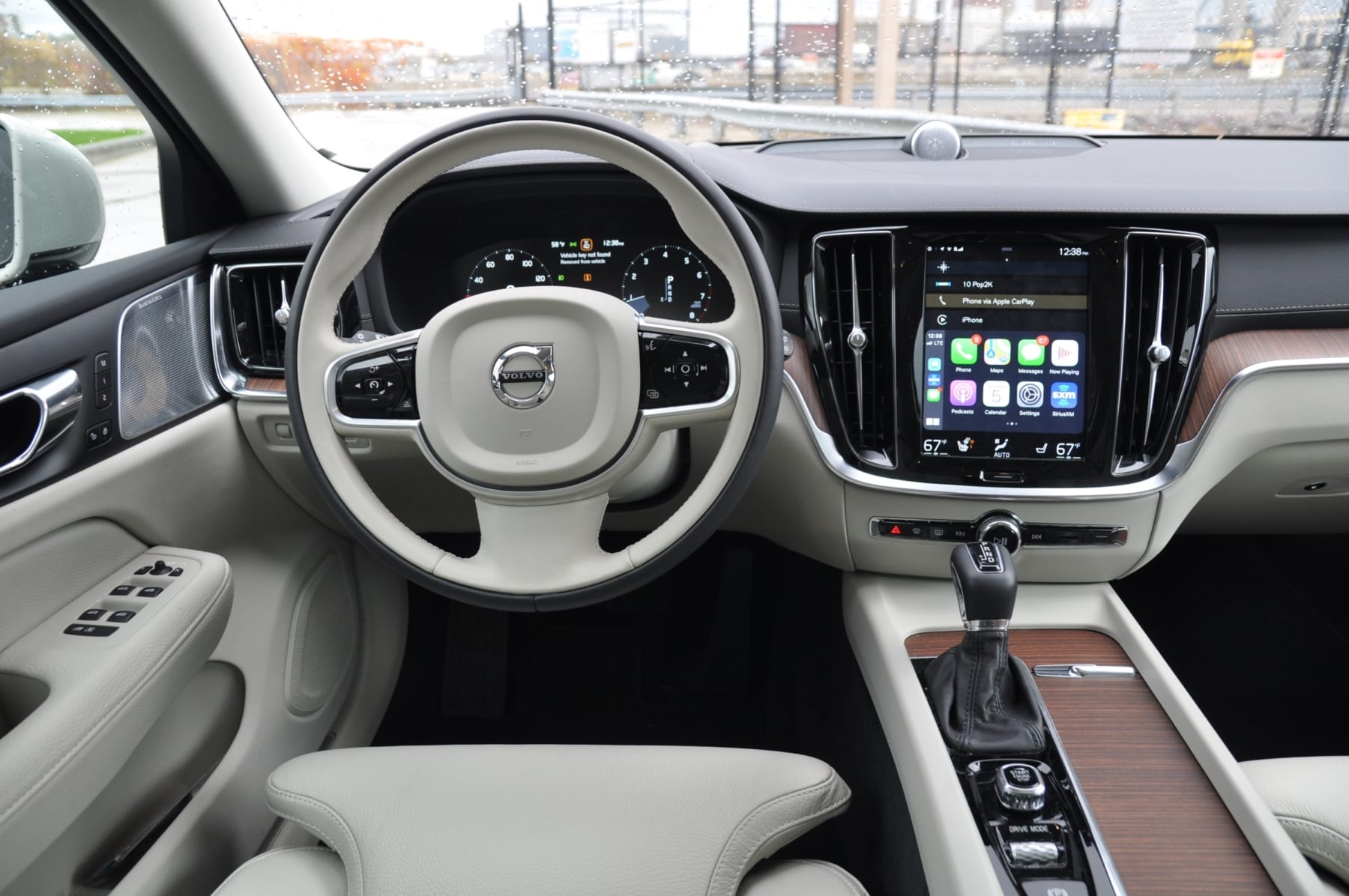 The V60 comes in two flavors, the conventional V60 wagon and the V60 Cross Country seen here. The biggest visual difference between the two is three inches in ride height and black body trim on the Cross Country. These differences have me on the fence because I really like the idea of a jacked-up/safari station wagons but I don’t love that black trim as it adds a lot of visual weight. In Cross Country also adds about five grand to price, which would push me further into the basic wagon.

That price difference takes away more than the ride height and body trim, however. Despite what the press release says, the conventional V60 is currently available only in the front-wheel drive-version, whereas the Cross Country is, rightfully, only all-wheel-drive. Volvo’s press release goes on to say that the conventional V60 will be available with the T6 engine and AWD but it’s not here yet. That, to me, would be the most desirable combination. 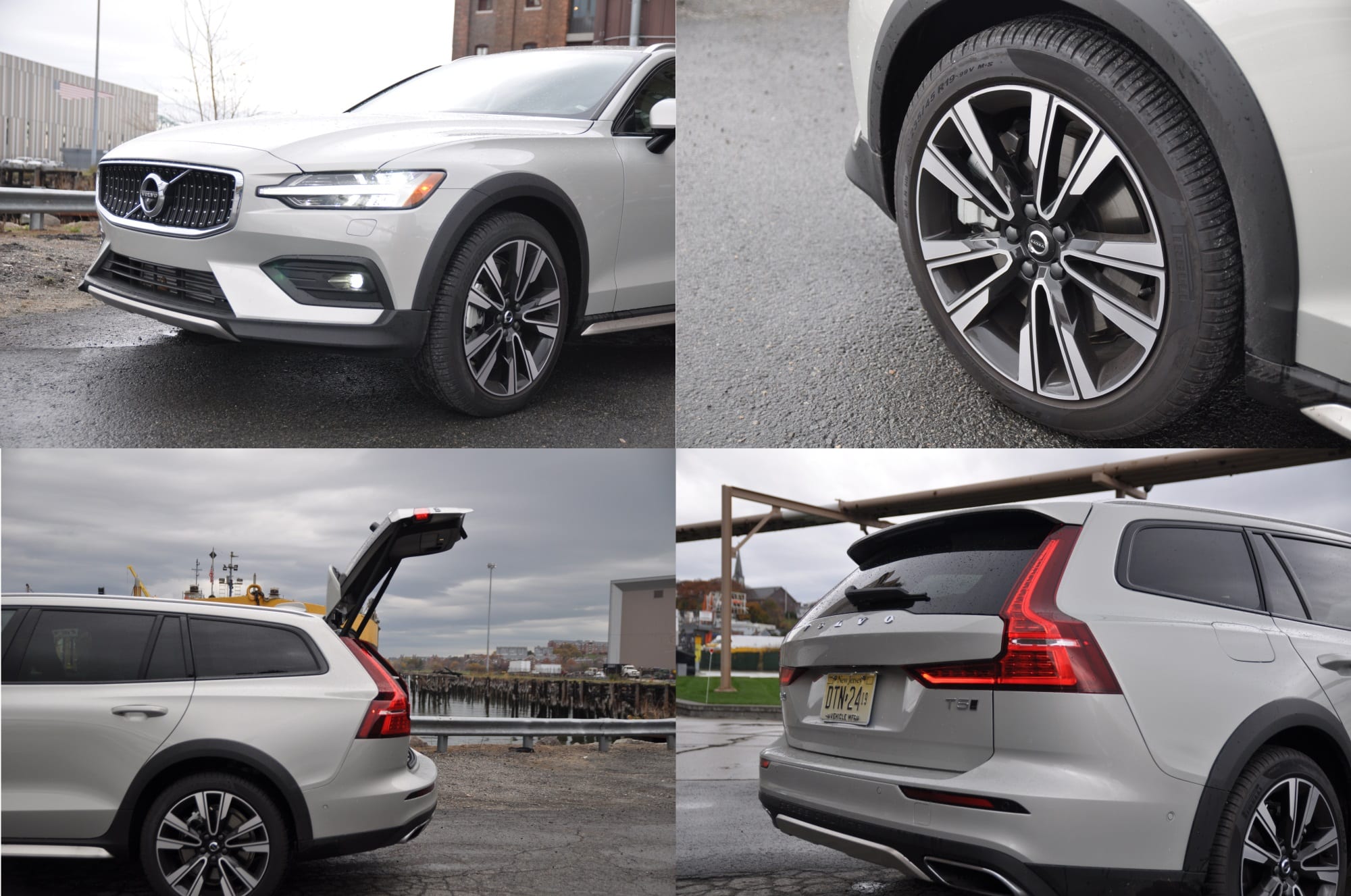 No one should also forget about the existence of the V60 Polestar Engineered model with the T8 eAWD Polestar Plug-in Hybrid engine. That badboy makes 415-horsepower and 494 lb.-ft. of torque. Ross recently drove the S60 version of that vehicle. Those are special order vehicles with a significantly higher price.

In comparison to the V90, the V60 is a lot more agile because it’s smaller and almost 400 pounds lighter. There is less space, which mostly noticeable in the rear seat and cargo areas. But that’s really it. The V90 does not have a rear-facing third row seat like it once did or any other special features that the V60 does not offer. The interior is basically identical. 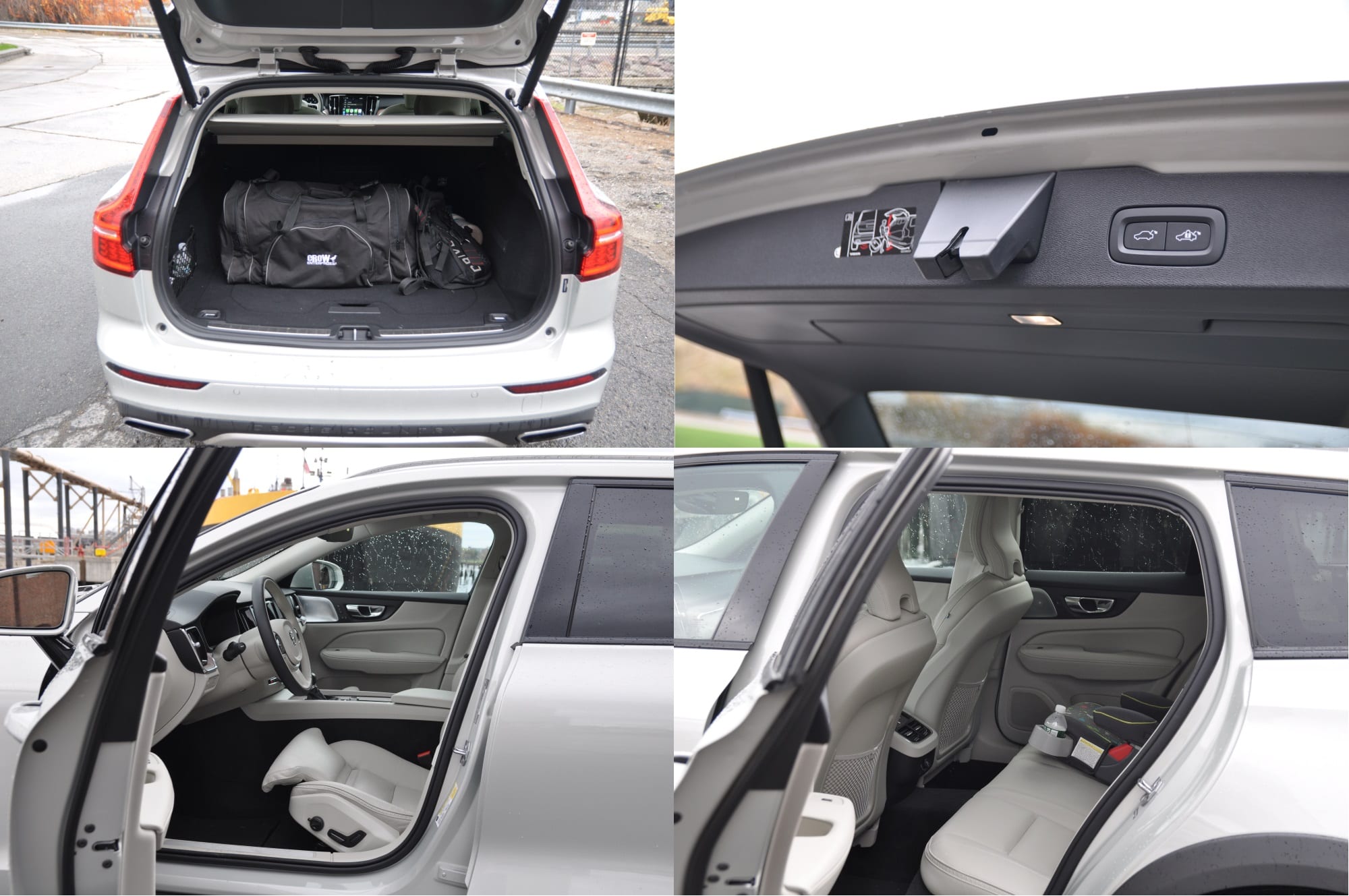 More than anything, this V60, even in the jacked up Cross Country trim, exemplifies exactly why wagons are so great. Center-of-gravity is a real thing. Its location in the vehicle has direct impact on how a vehicle behaves. Given any similarly-sized CUV, the wagon will make that lower CoG noticeable in any driving environment, likely best observed by the driver’s grin.

Having expressed my love for the S60 sedan, I’m now doubling-down on the V60. The longroof estate kombi avant touring wagon, whatever you want to call it, adds functionality and stands apart from all the CUVs and sedans out there. It also happens to be a very good looking vehicle, with a really nice interior, good gas mileage, and great engine and chassis dynamics. What’s more there to want from a car wagon? 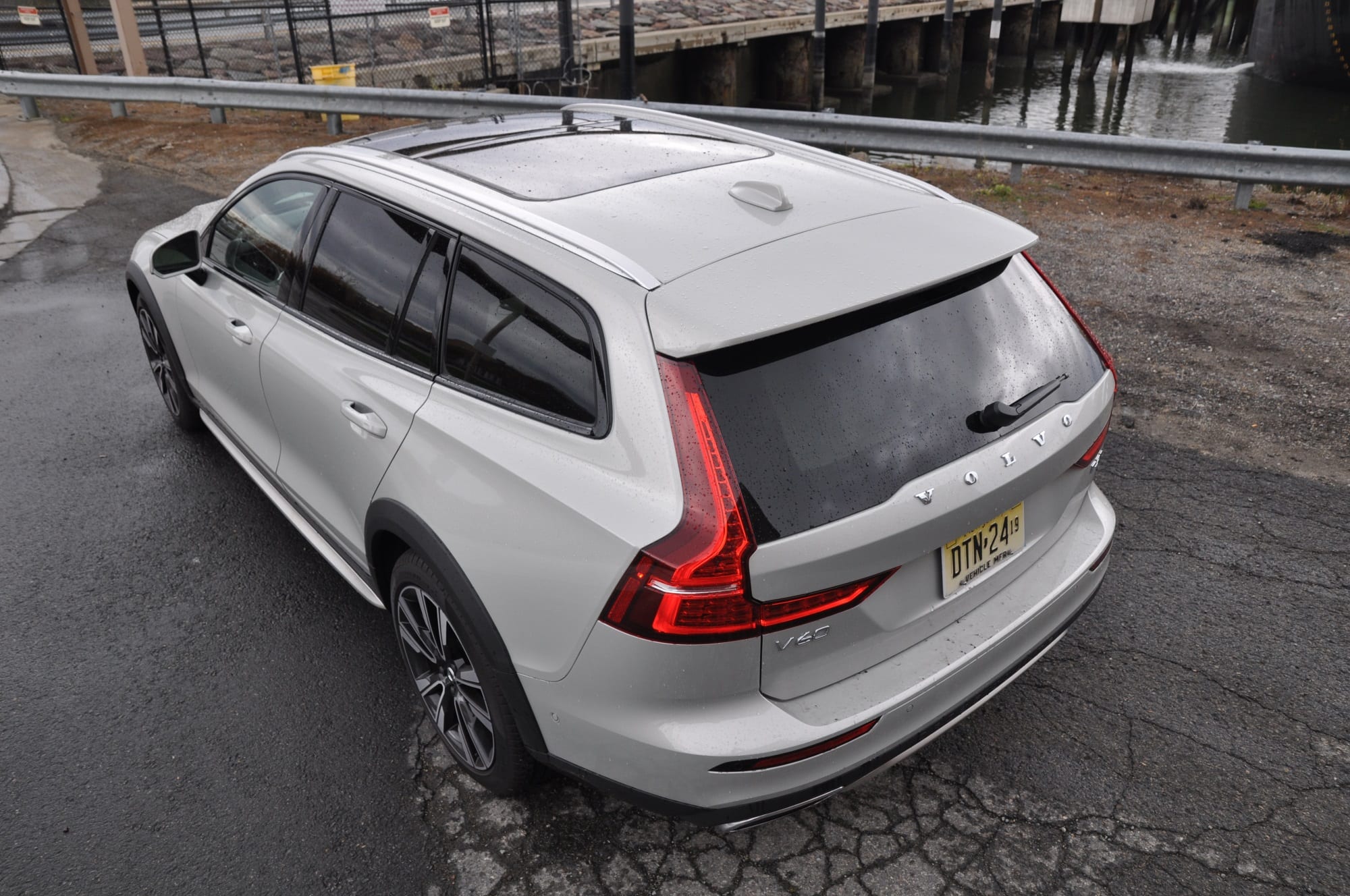 [Disclaimer: Volvo loaned us the vehicle for the purpose of this review. Images copyright 2019 Hooniverse/Kamil Kaluski]