When news broke that Volvo would once again be offering a Polestar-branded variant of its midsize S60 sedan, many of us enthusiasts took notice. The in/out-of-house tuning brand was supposedly going to be doing what the company’s “R” once did: making choice cars go faster, handle better, brake harder, and look more aggressive. But in such a massively competitive space, how does the S60 Polestar Engineered fare? I drove one to find out.

[Disclaimer: My employment with Volvo afforded me the opportunity to drive this car to the recent Caffeine & Carburetors event. Let the record show that, aside from retaining my job, I have no vested interest in the betterment of the brand by writing anything but an unbiased opinion on this car. These are wholly my own thoughts and do not represent those of Volvo or its employees in any way, shape or form.] 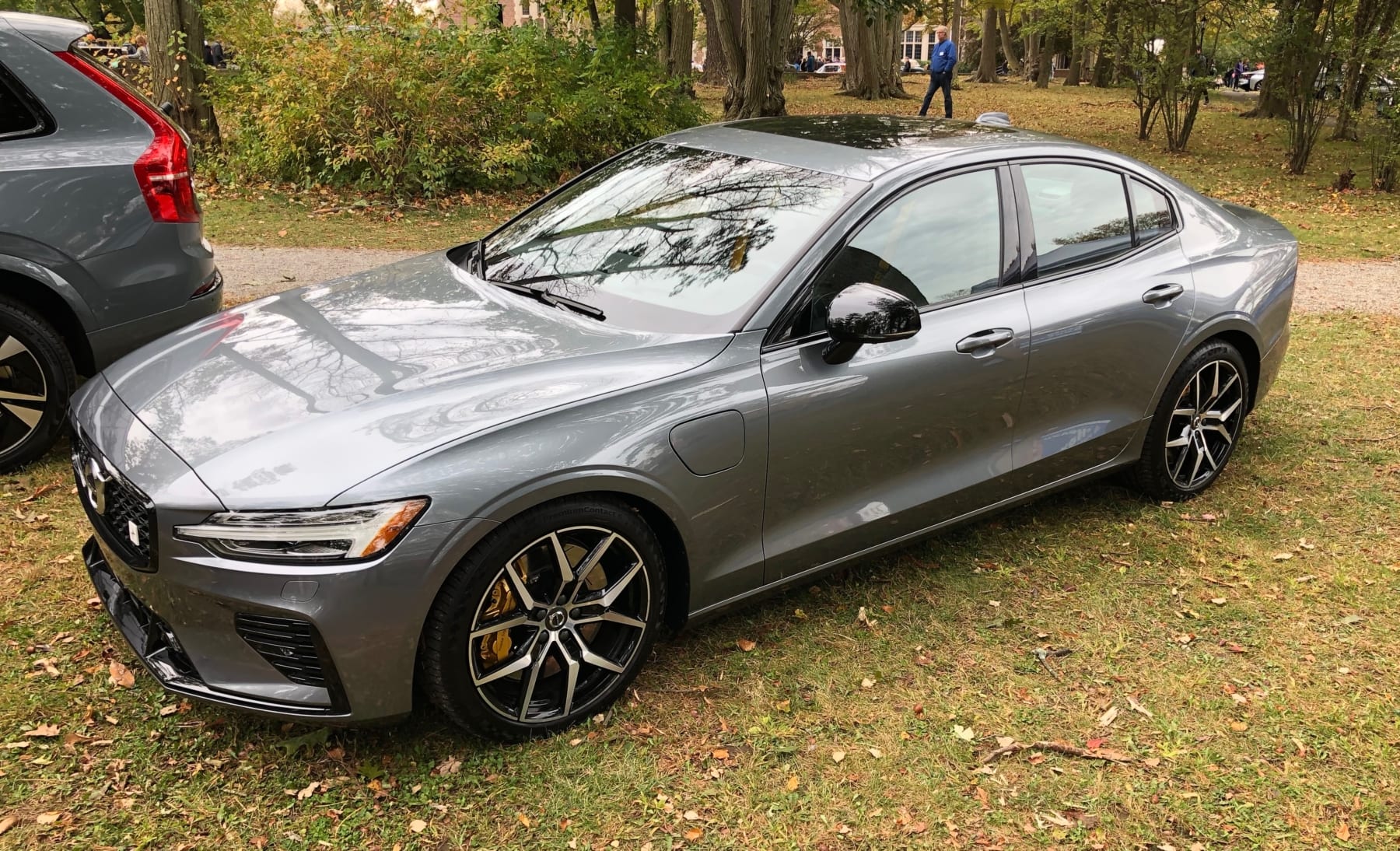 The new Polestar Engineered S60 is a very different offering from prior Polestar and R cars. It comes in tandem with the imminent release of the dedicated Polestar brand, an offshoot that will soon sell fully electric cars to compete with the likes of Tesla. Which, as it turns out, puts the new S60 Polestar Engineered somewhere between Volvo’s traditional offerings and the upcoming, true Polestar cars. 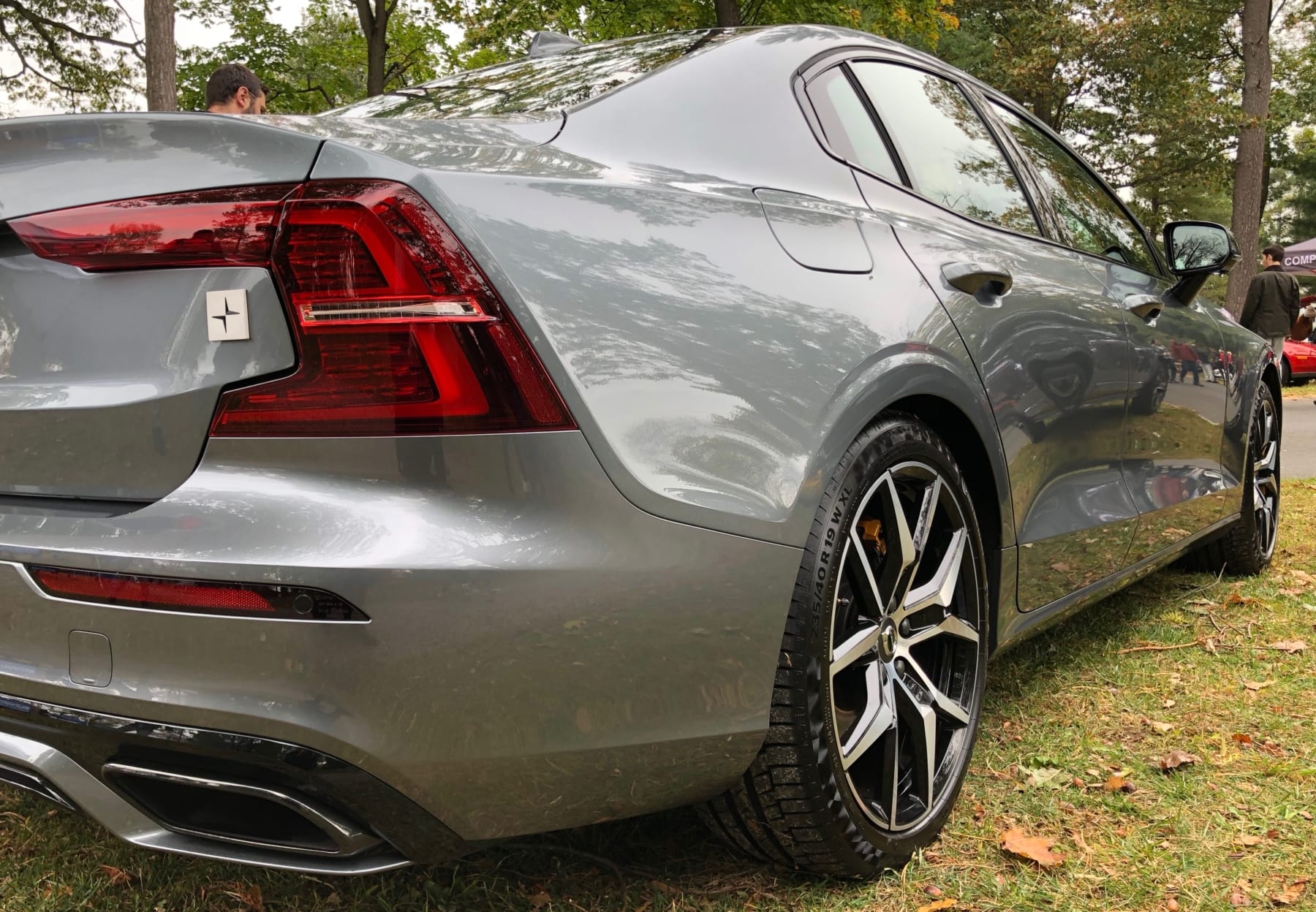 To do so, they started with the top-tier T8 hybrid model and brought it closer to its potential. A software upgrade allows power to rise from 400 hp and 472 lb-ft. to 416 hp and 495 lb-ft. A jump, but nothing substantial. What really matters is the added hardware: Ohlins suspension and Brembo brakes. 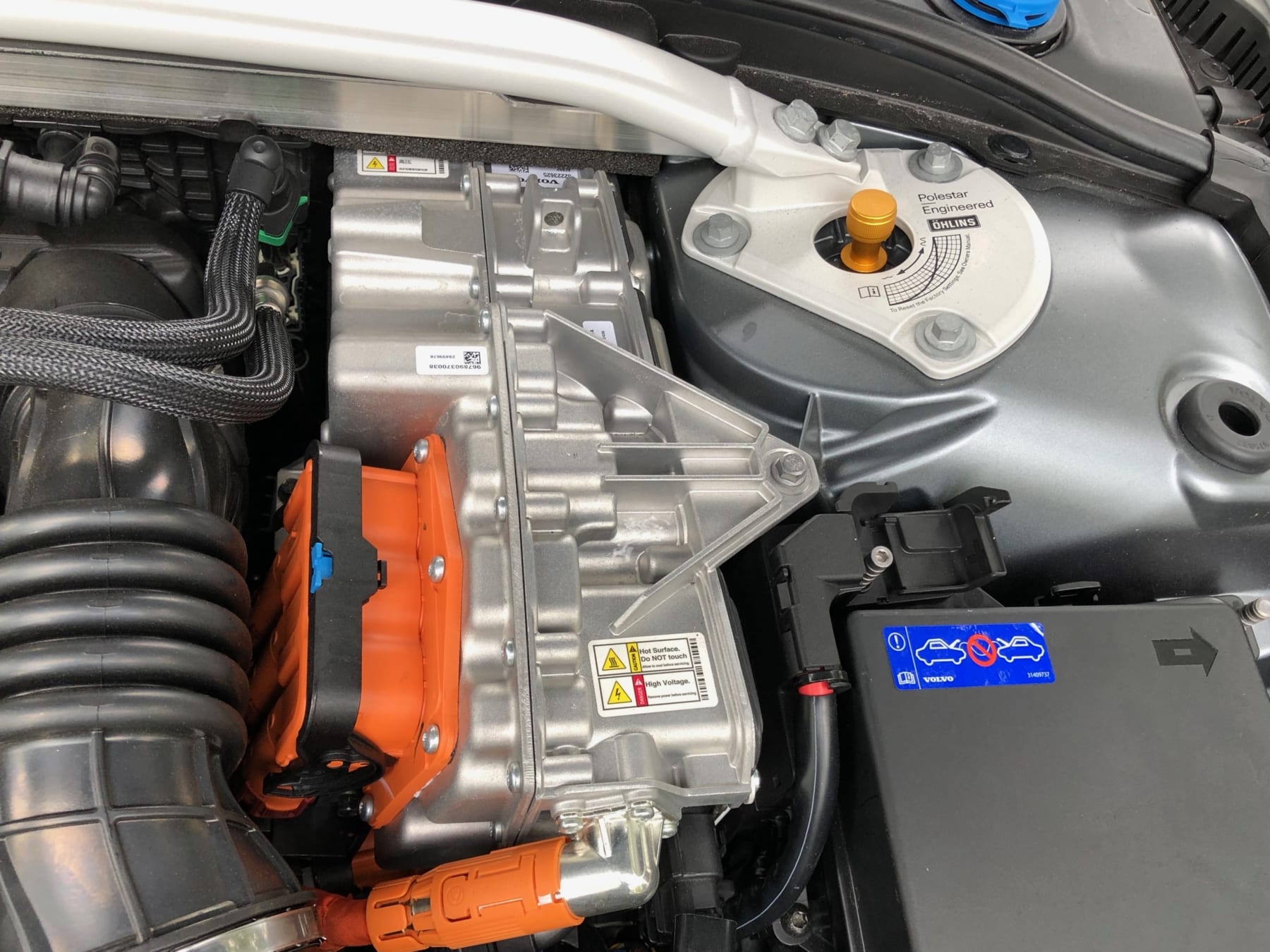 If you’ve spent any time in the normal S60 then you largely know what to expect. The S60 Polestar Engineered goes about its ways in a manner faithful to the brand ethos. Those familiar with the car or the interface will immediately recognize it something they are comfortable with, and as an approachable sports sedan. But the powertrain is only part of the story here, and it’s clear that the money went to the suspension and brakes. 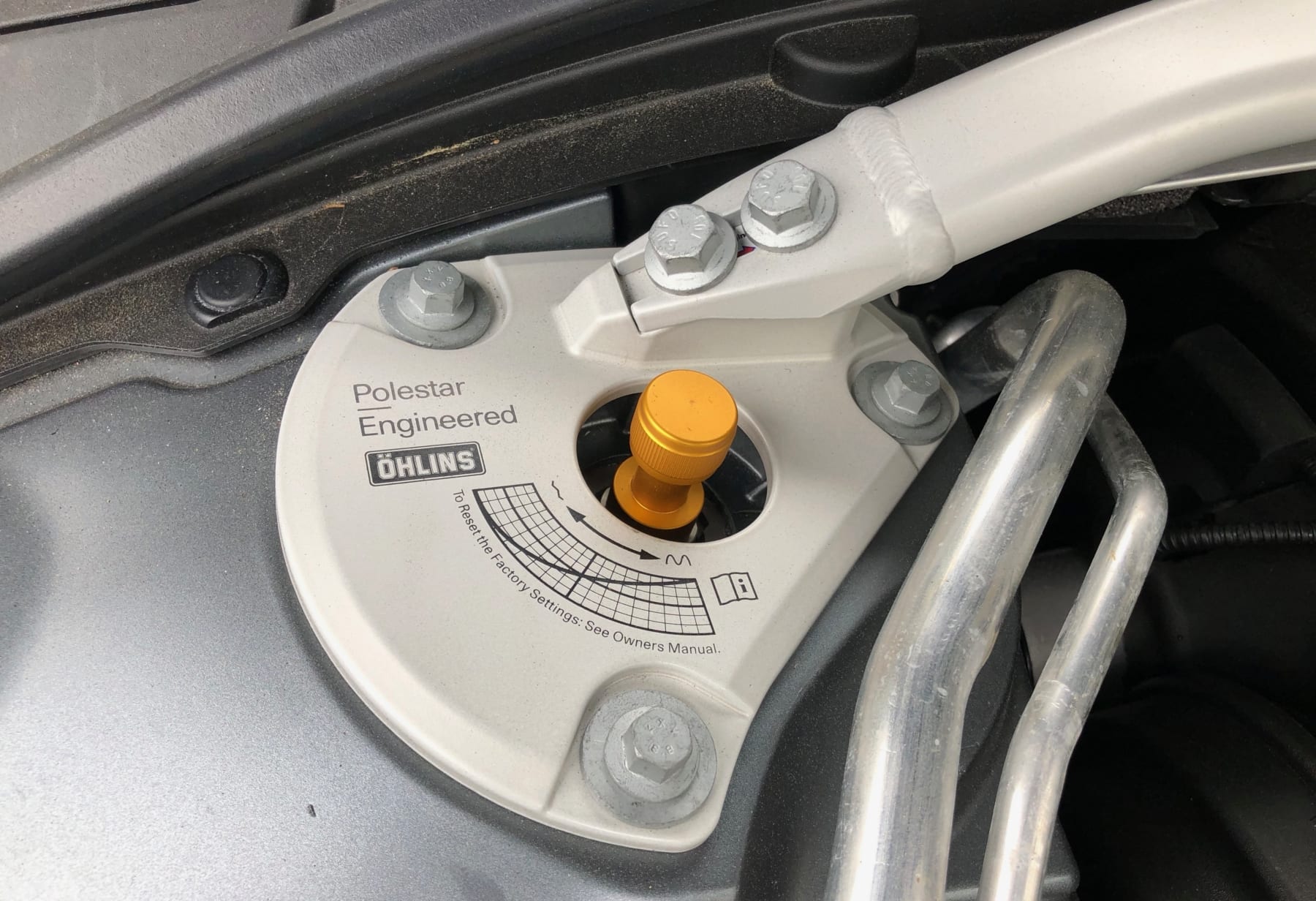 But first let’s assess the car’s design. The S60 bones on which the Polestar Engineered machine are based do stand strong. It’s a clean design, comfortable in its own way. And the little exterior details make for an even better looking S60. The bright brakes, dark trim and white Polestar badges are the only real giveaways. But it’s not overdone and it largely works, leaving only my inner desire for an even hotter version to serve as the letdown in my design criticism. 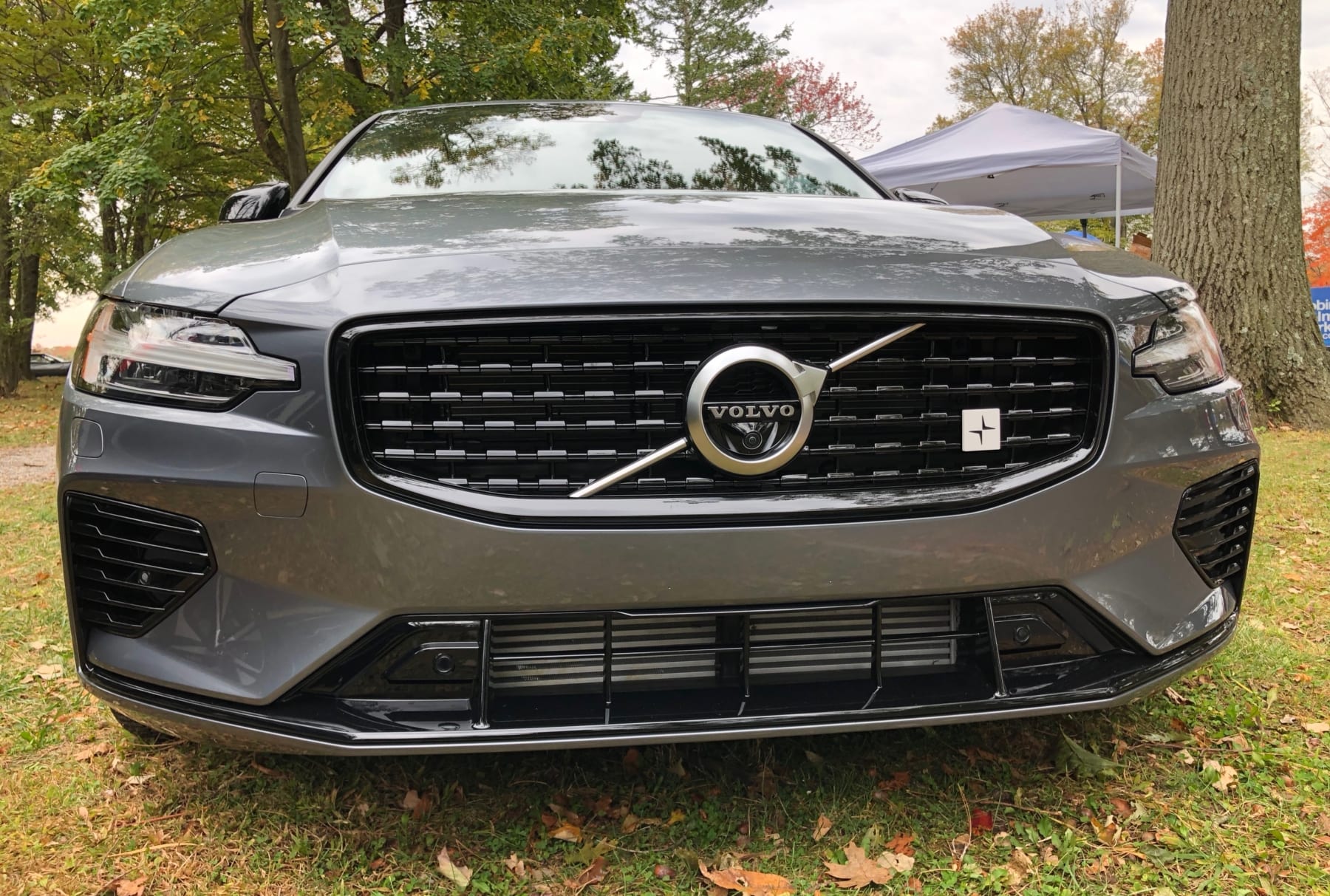 The interior, like that in all other modern Volvos, is a masterpiece of modern design and functionality. It’s very Swedish: minimalistic, purposeful and excellently crafted. Material quality is high and everything works seamlessly. The seats, as you’d expect, are both comfortable and supportive. Like those in the R-Design, they do a good job of meeting in the middle of where bolstering and road-trip softness need to be. 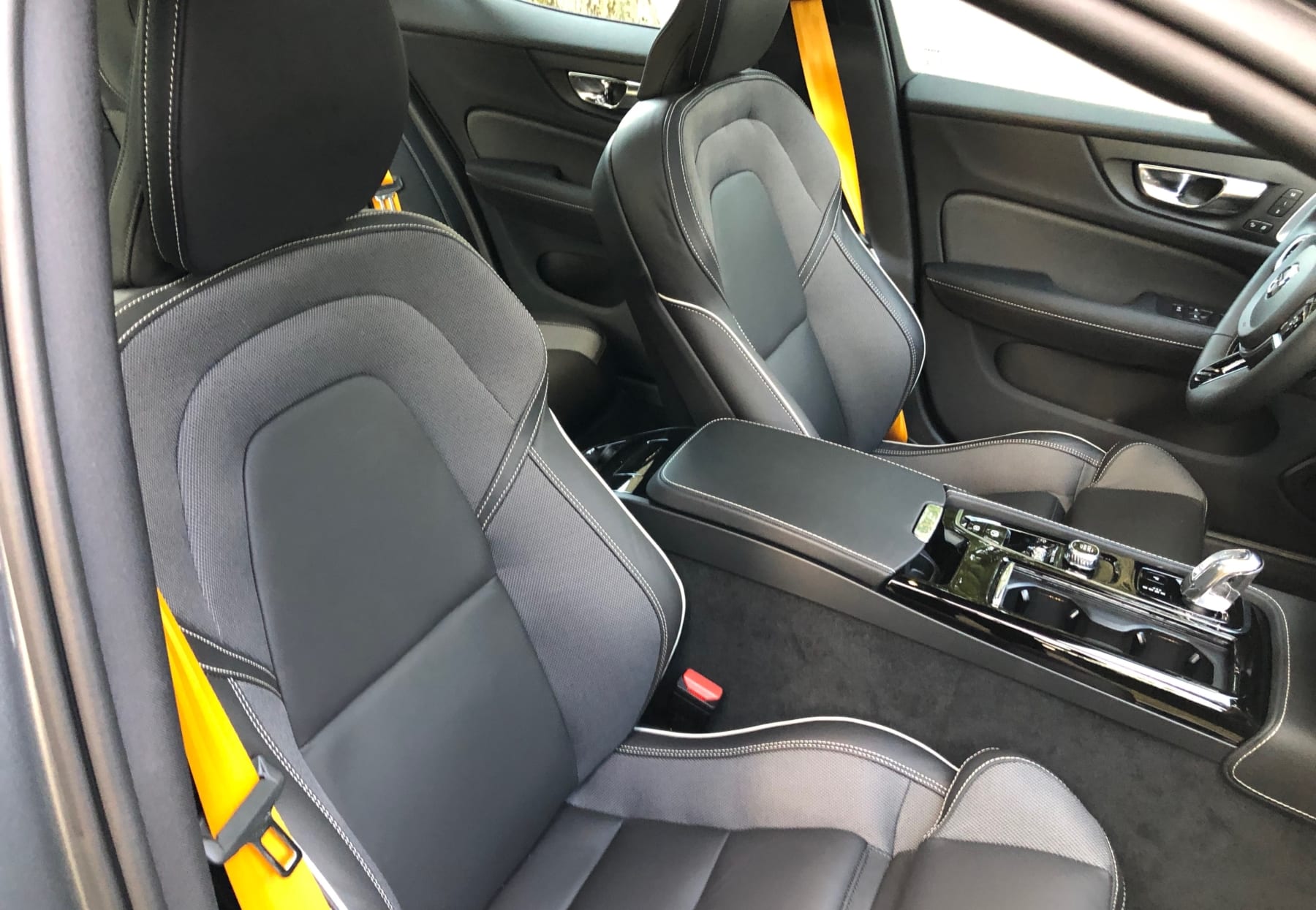 The same can be said for the suspension. A continued partnership with Ohlins has brought their newest, best dampers to each corner of the S60 Polestar Engineered. Prior Polestar cars were somehow fairly punishing in an attempt to hide their weight while being able to change direction in a performance manner. But the new car doesn’t punish anywhere near as badly. 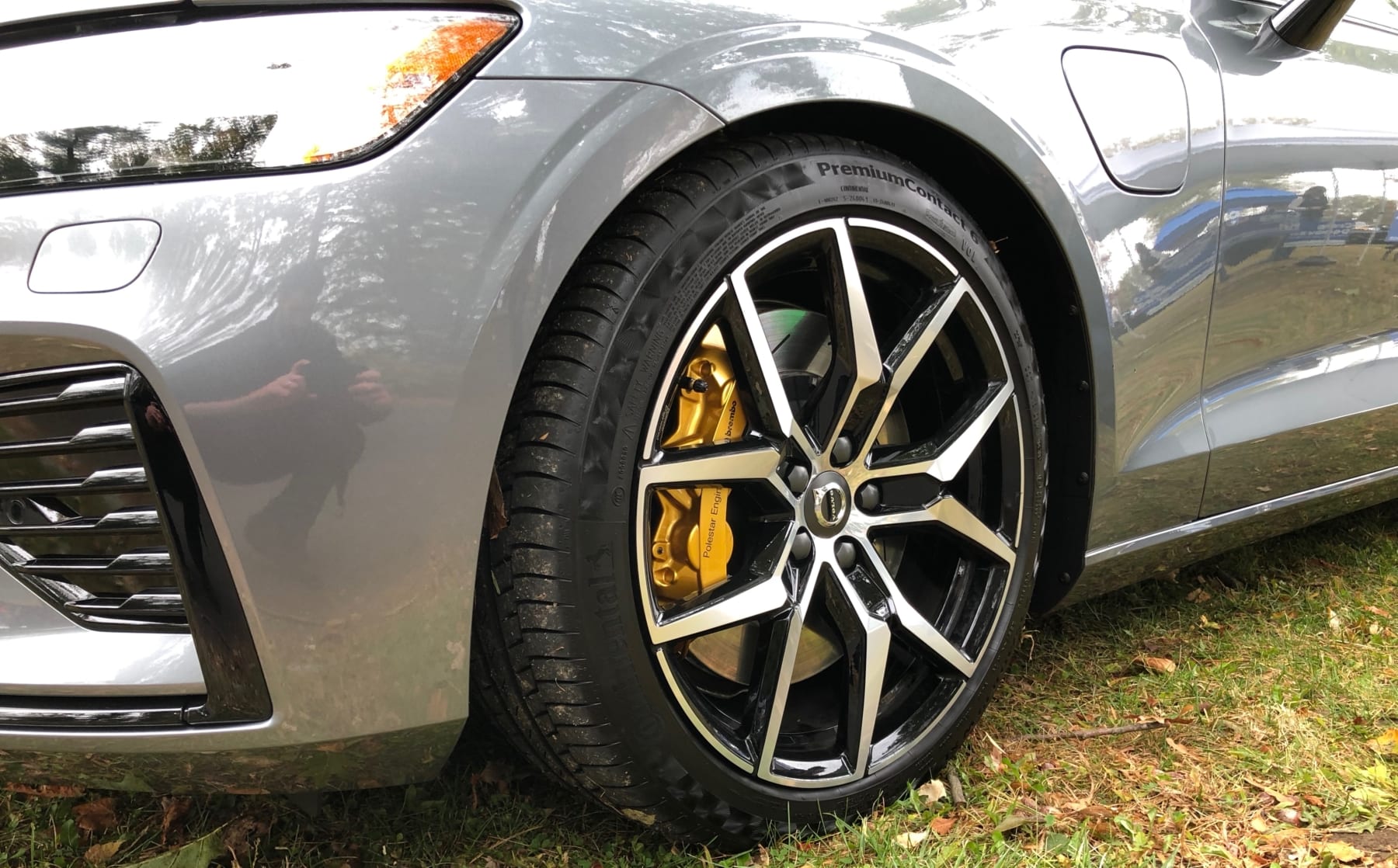 It does, however, lose some of the prior car’s drama. Namely, its exhaust note.

My biggest gripe with the S60 Polestar Engineered is how silent it is. Even with the drive selector set to Power mode, planting your foot barely nets any audible excitement. Case in point: the only visual exhaust differentiator is a tiny “Polestar Engineered” logo stamped into the exhaust tip itself. Even the S60 R-Design’s slotted, quad-tip exhaust shares more of a visual difference from the standard S60 than does this “performance” model. 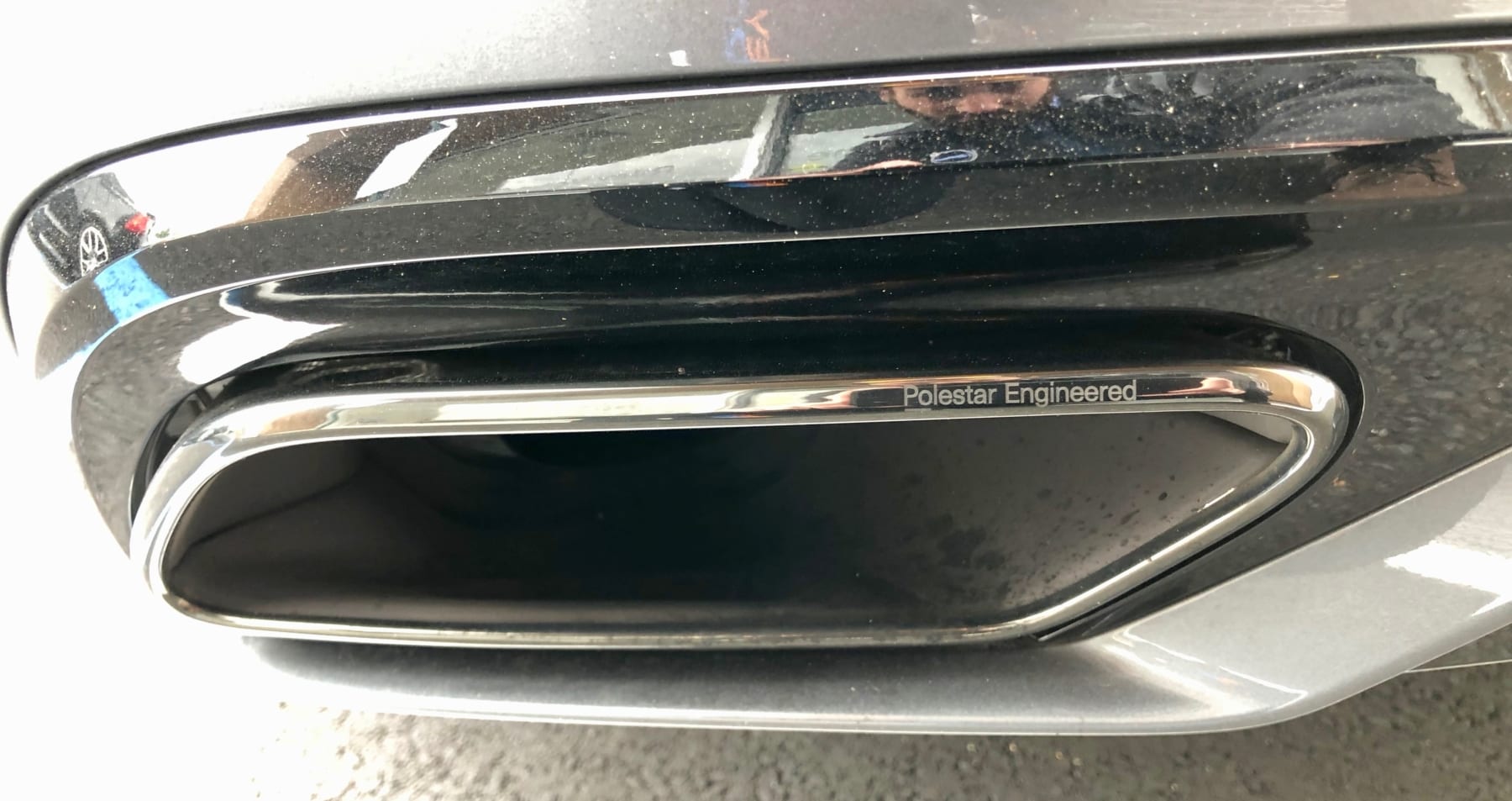 But I suppose that’s sort of the point. This car is about its ability to deliver hybrid tech mated to a pseudo-performance sedan.

It starts with the steering. Which, while very direct, only offers feel when the wheel is turned past ten degrees off center. The weight is nice, but it’s not informative. Between the suspension’s softness even when on its stiffest setting, the chassis’ ability to absorb imperfections, and the steering’s lack of feedback, the driver is insulated from the feelings that a true performance sedan provide. 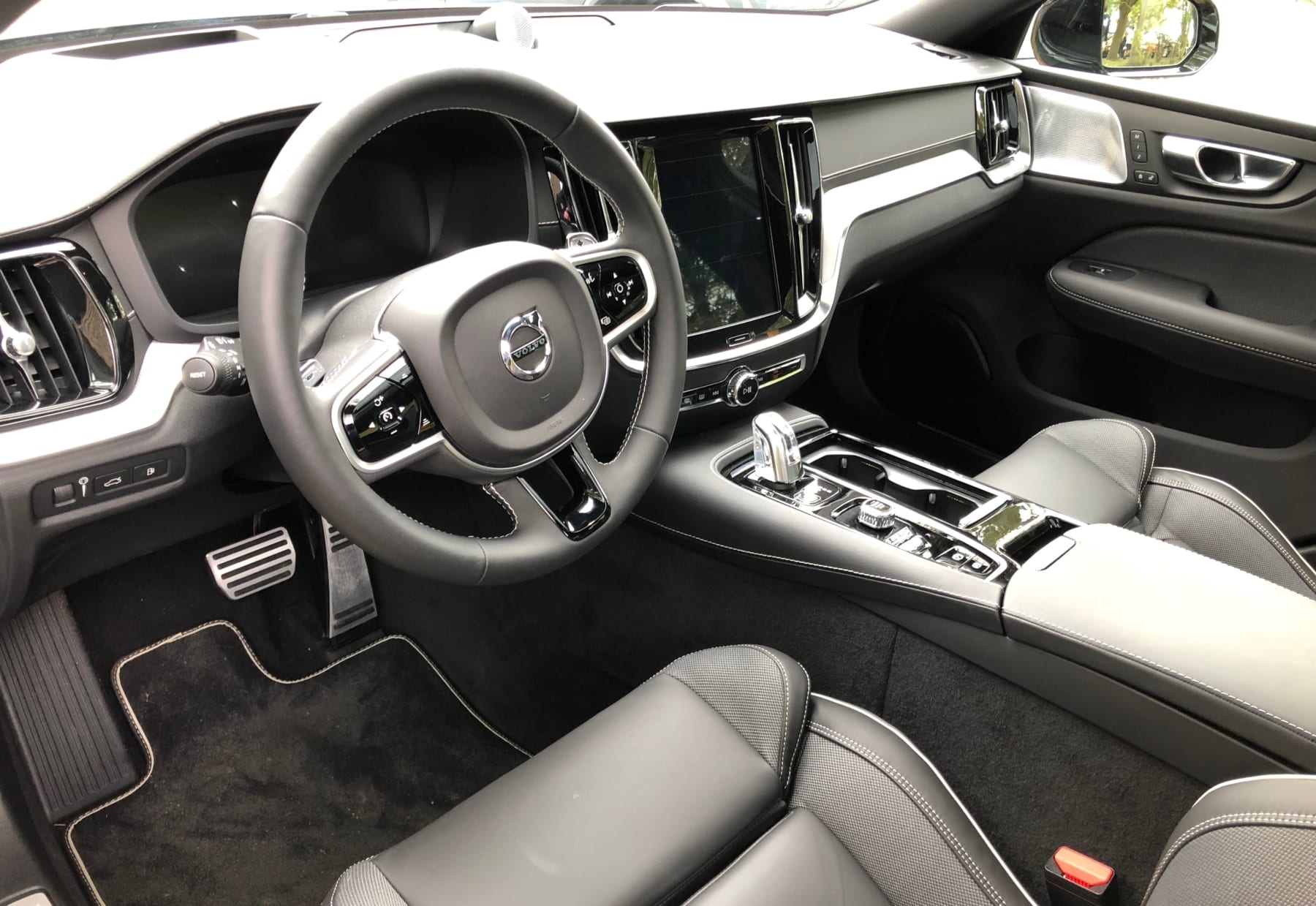 If Volvo truly wants to let the S60 Polestar Engineered live up to its potential and be unlike other S60 offerings, the car needs more drama: visual, aural, and tactile. It drives well and is a pleasure to be in. As it stands, the S60 Polestar Engineered is far and beyond the best S60 yet. It’s certainly unique, but there’s a long way to go if the brand’s end-goal is to build a true performance sedan. 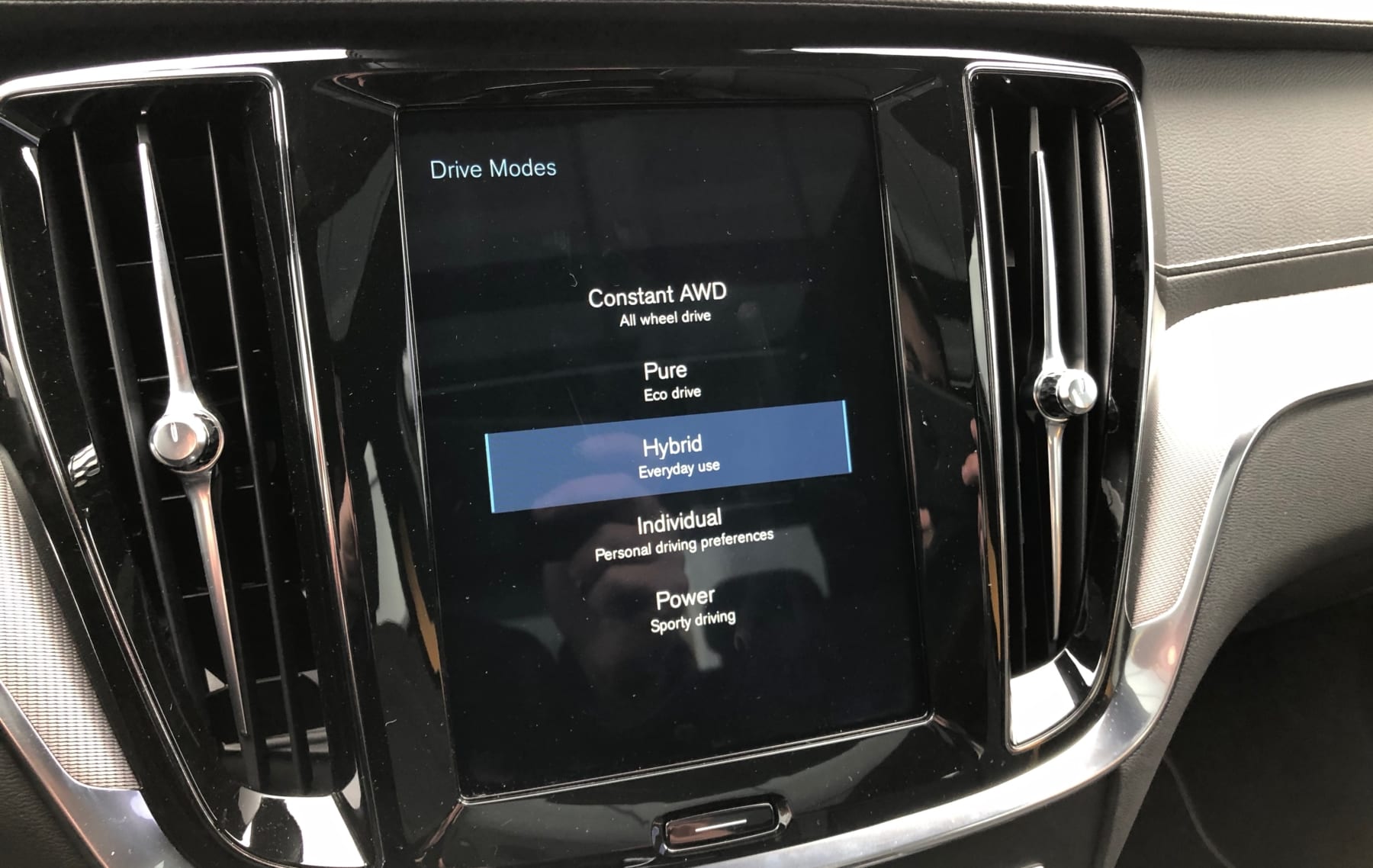 But then you run the car in all-electric mode and none of it matters. Ultimately, the S60 Polestar Engineered carves out its own niche as a seamless blend of hybrid tech and performance equipment. And that dictates exactly how it drives, how it behaves on the road, and its overall presence. 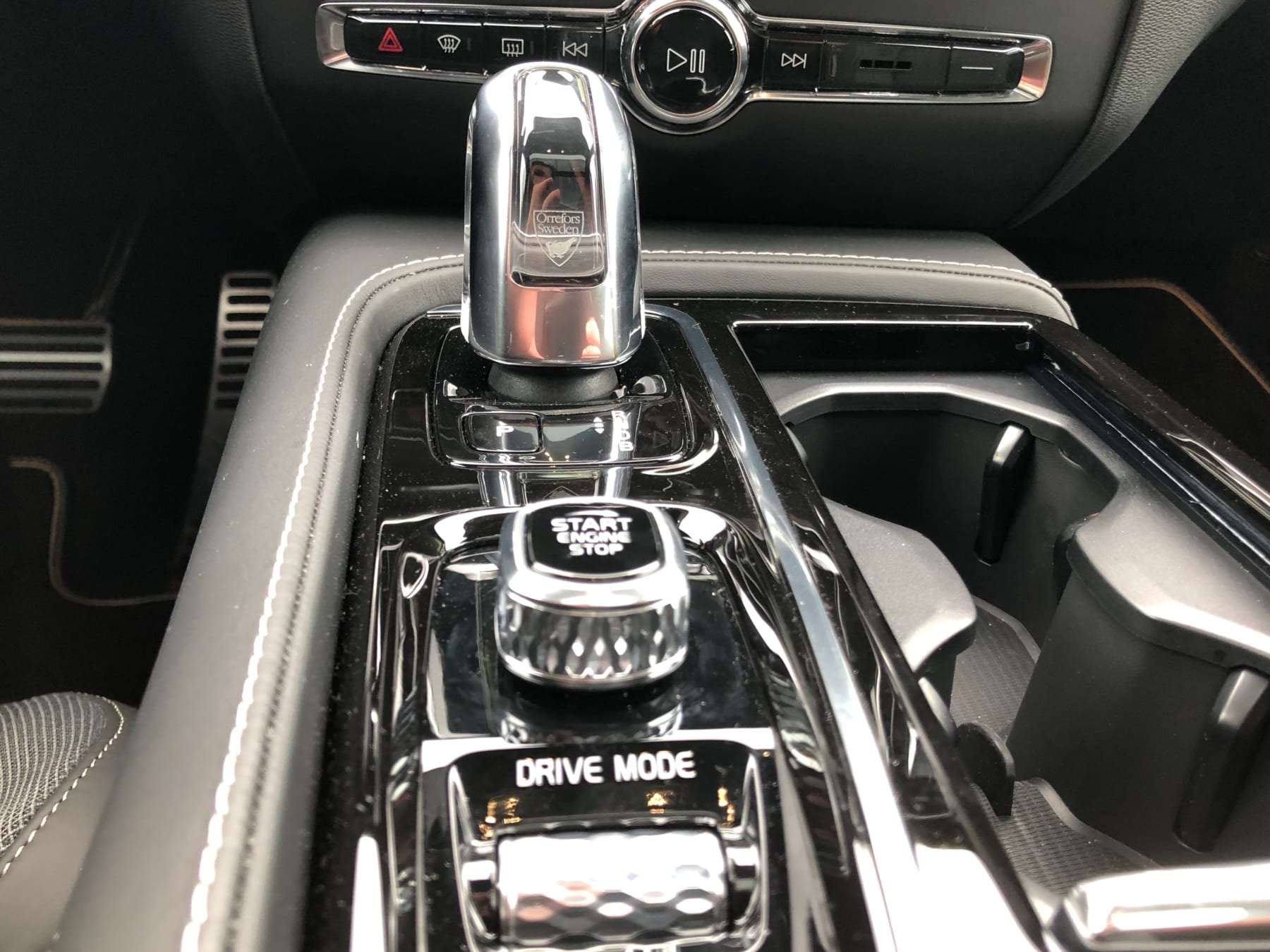 This is not a loud, rowdy sports sedan set on cranking out fast lap times and lighting your hair on fire on a back road. It’s not a masterpiece of tactile inputs. It’s not a visceral, thrilling sleeper. It is, however, a very sporty, beautifully engineered hybrid sedan with a serious kick when you need it. Brutal is not the car’s way. Going about its business with efficiency and thoughtful design is. Truth be told, the loudest part about the S60 Polestar Engineered is the color of the seatbelts. 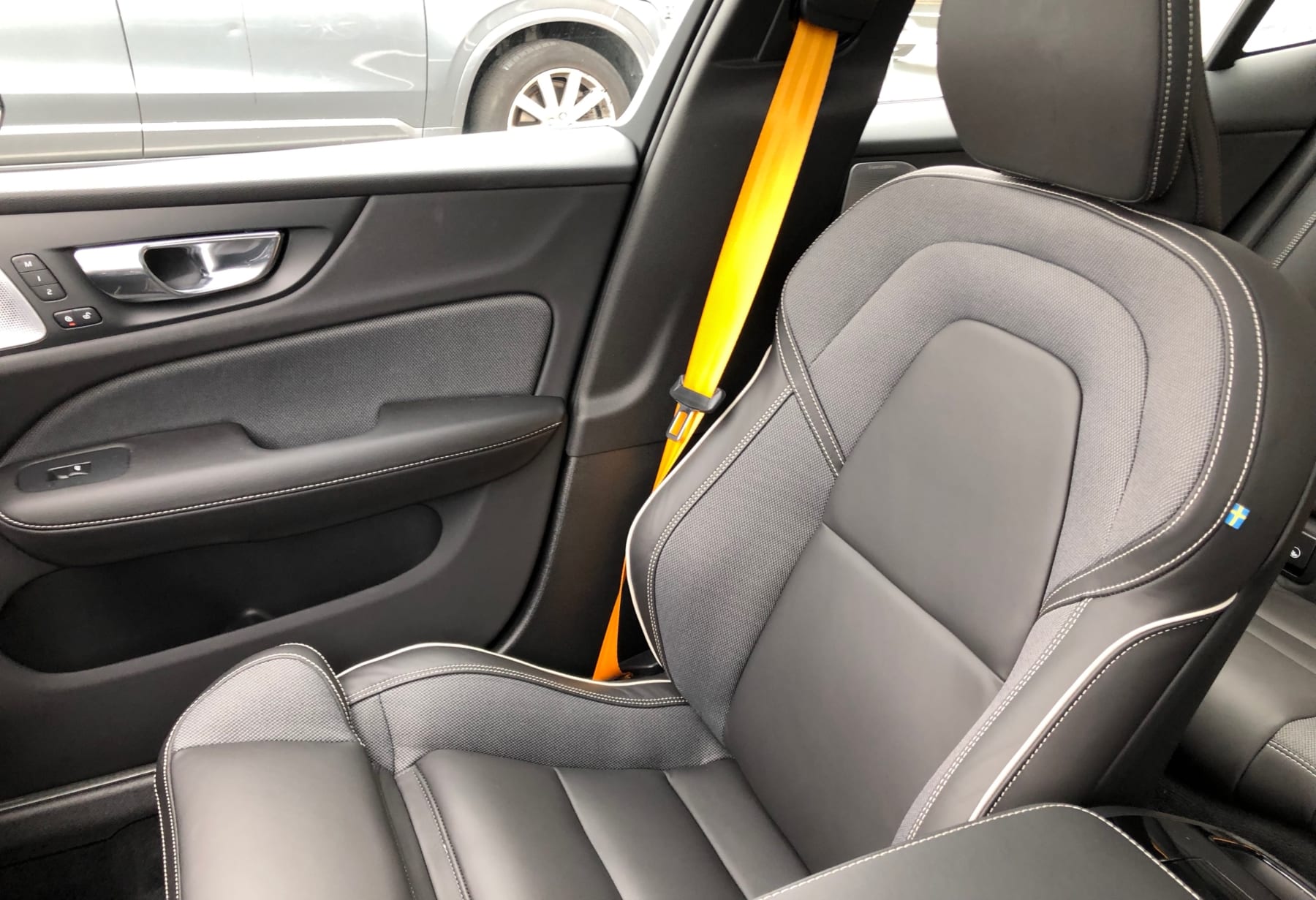 The thing is, at close to $65k, it becomes a question of what the buyer wants from their sports sedan. If it’s outright performance, the same money buys– or nearly buys– an M3, ATS-V (RIP), RS3, Genesis G70 3.3T, C43, lightly used Giulia Quadrifoglio, Charger Scat Pack or lightly used Hellcat, Infiniti Q50 Red Sport, and so on. And that’s just grazing the surface. 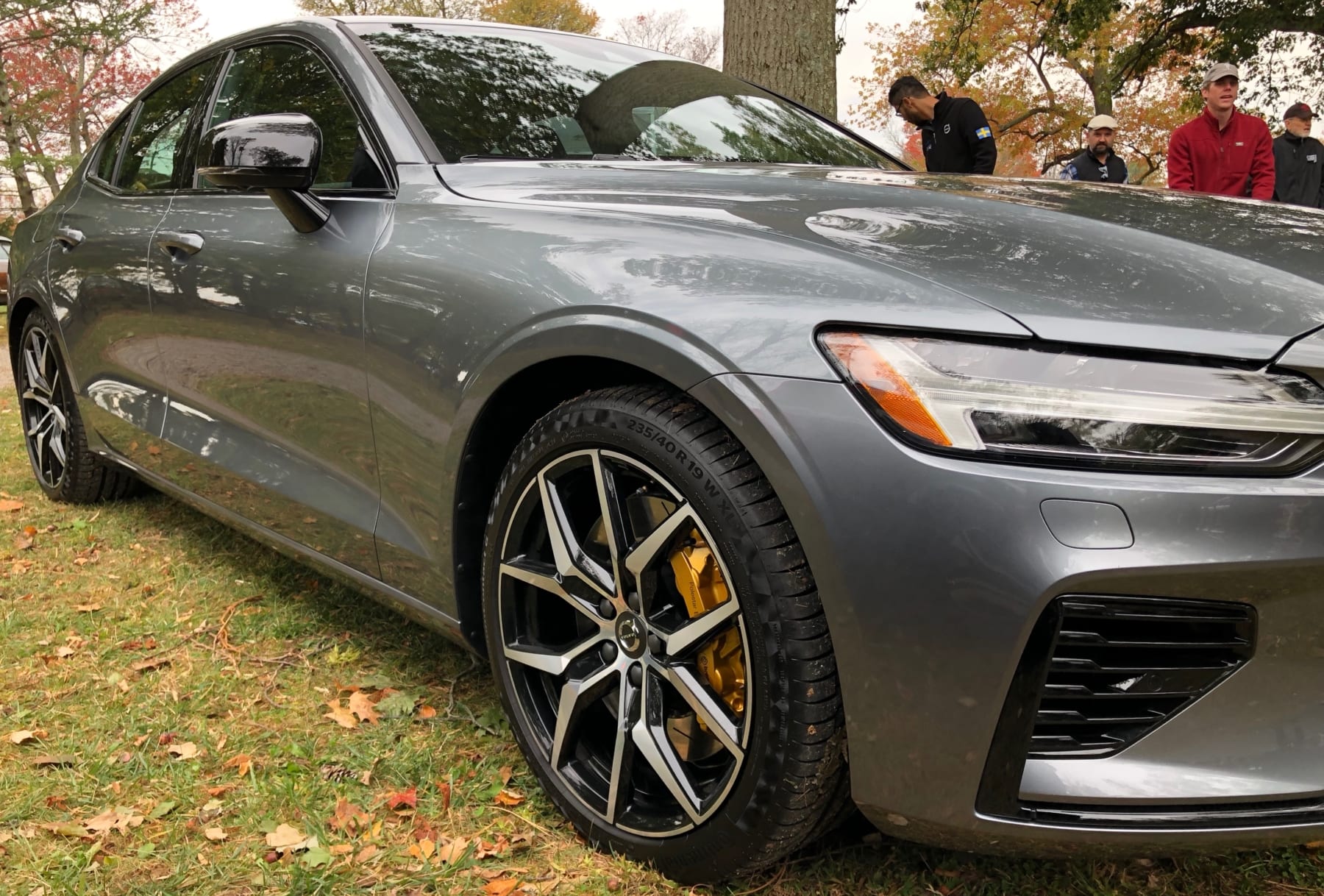 But if the others are brash, angry, aggressive, the S60 Polestar Engineered stands eloquent. None of the “competitors” have the Volvo’s quiet serenity. None of them have the subtle beauty of the interior, nor the nuanced detailing of the exterior. None of them have Ohlins suspension. And none of them integrate a hybrid system as seamlessly. 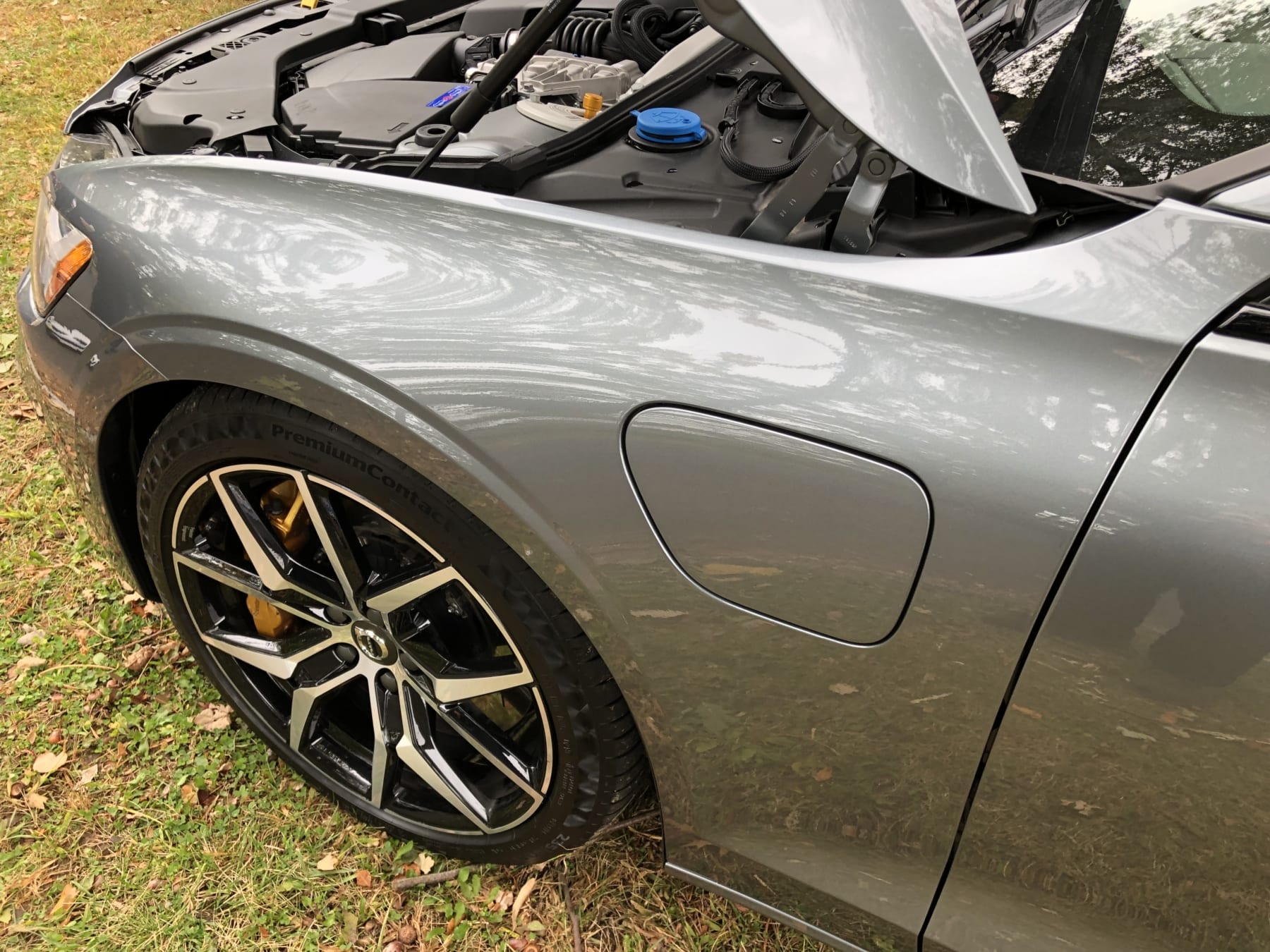 It’s this that makes the S60 Polestar Engineered somewhat in a class of its own. It’s not to be cross-shopped with an AMG or M car. But it’s a good way to be a stand-out among the others in the same price bracket. With the S60 Polestar Engineered, the money doesn’t go to an all-out performance machine. It goes to a well-built, careful meshing of performance parts and an optimized hybrid setup. It’s a well-curated coming together of Volvo’s own tech and that of their performance suppliers. And it works quite well given its intention. 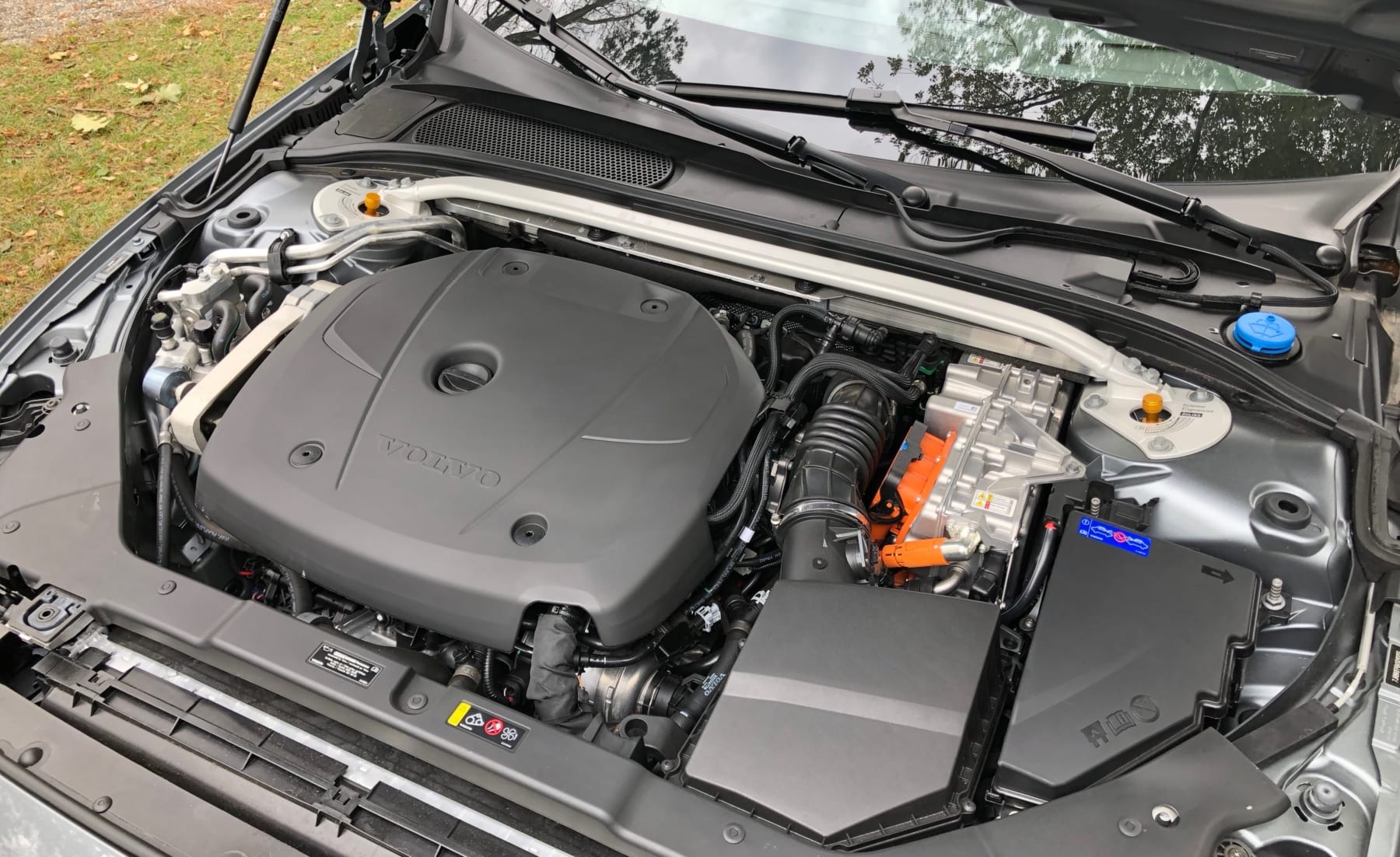 The S60 Polestar Engineered is not for those looking for a powerhouse, straight-line monster, or track companion. But for those in the market for a quick, comfortable sedan with extraordinary suspension quality and standout looks both inside and out, the S60 Polestar Engineered is a genuinely interesting choice in an overcrowded segment desperate for differentiation.