Last year, I wrote a lengthy Hagerty article about the W212 E-class Mercedes, which was manufactured from 2009 until 2016. In the process, I looked up all the engine specs and various driveline components. I also looked at a hundred of pictures of that vehicle. In a Stockholm Syndrome-like way, I have grown to appreciate the E-class. Now, months later, when Mercedes offered me to the opportunity to review the new W213 E-class, I jumped on it.

Having been around since the 2017 model year, the fifth generation of the medium-sized Benz gets a very mild makeover for 2020. Most notably, the E 300 became the E 350. While the engine remains the same in displacement, it gains 14-horsepower, for a total of 255 horsepower. Torque remains the same at 273 lb-ft. If you read my Hagerty article, you’ll giggle at how very Mercedes this is.

Other changes from the E 300 to E 350 metamorphosis are limited to Blind Spot Assist now becoming standard, KEYLESS-GO Comfort Package now standard, including Electronic Trunk Closer, Parking Damage Detector is standard in the E 350, and the 12.3″ digital instrument cluster now included in Premium Package. Most importantly, the Energizing Comfort Package is now available with Air Balance (MB uses all capital letter for this but I won’t) cabin air fragrance. Basically, the biggest visual difference is the badge on the trunk lid.

The W213 lost the sharp angles of the facelifted E212 and received curves similar those of the C and S classes. If there was ever a case of the same sausage in three different lengths, this is its epitome. But all three vehicles are attractive and carry on the Mercedes design DNA very well, even if the hood-mounted star shifted down to the grill on every model but the S-class. 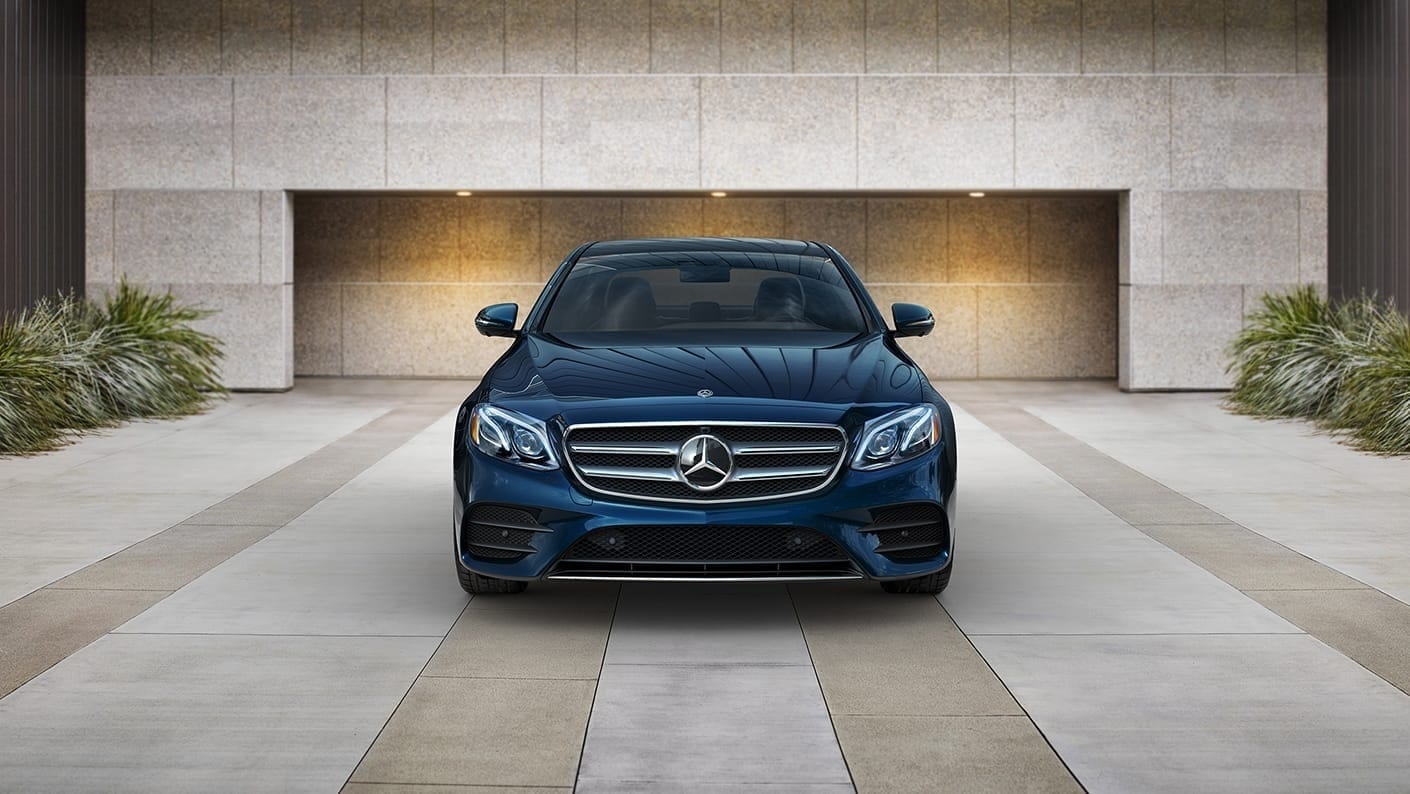 So called-luxury cars were typically distinguished by several traits: built quality, material quality, latest equipment, power and handling, and comfort. The current problem is that even entry-level vehicles are well built, have quality materials, and most of the latest comfort and safety features. Further, former utility vehicles, pickup trucks, have available heated, cooled, and massaging seats, panoramic sunroofs, and more rear seat space than an S-class.

It is my opinion that what defines luxury today is not a sum of all the available feature but rather their integration and final execution. Further, a mixture of handling, power, and ride comfort, define the overall luxury. Heated steering wheel, for instance, is useless if it requires the driver to scroll through touchscreen menus (hi, Ford). Sport chassis tune is useless if the driver feels every bump in the road in their kidneys (hi, BMW). Finally, a vehicle can have all the fancy features in a car and it may never feel luxurious (hi, Kia). 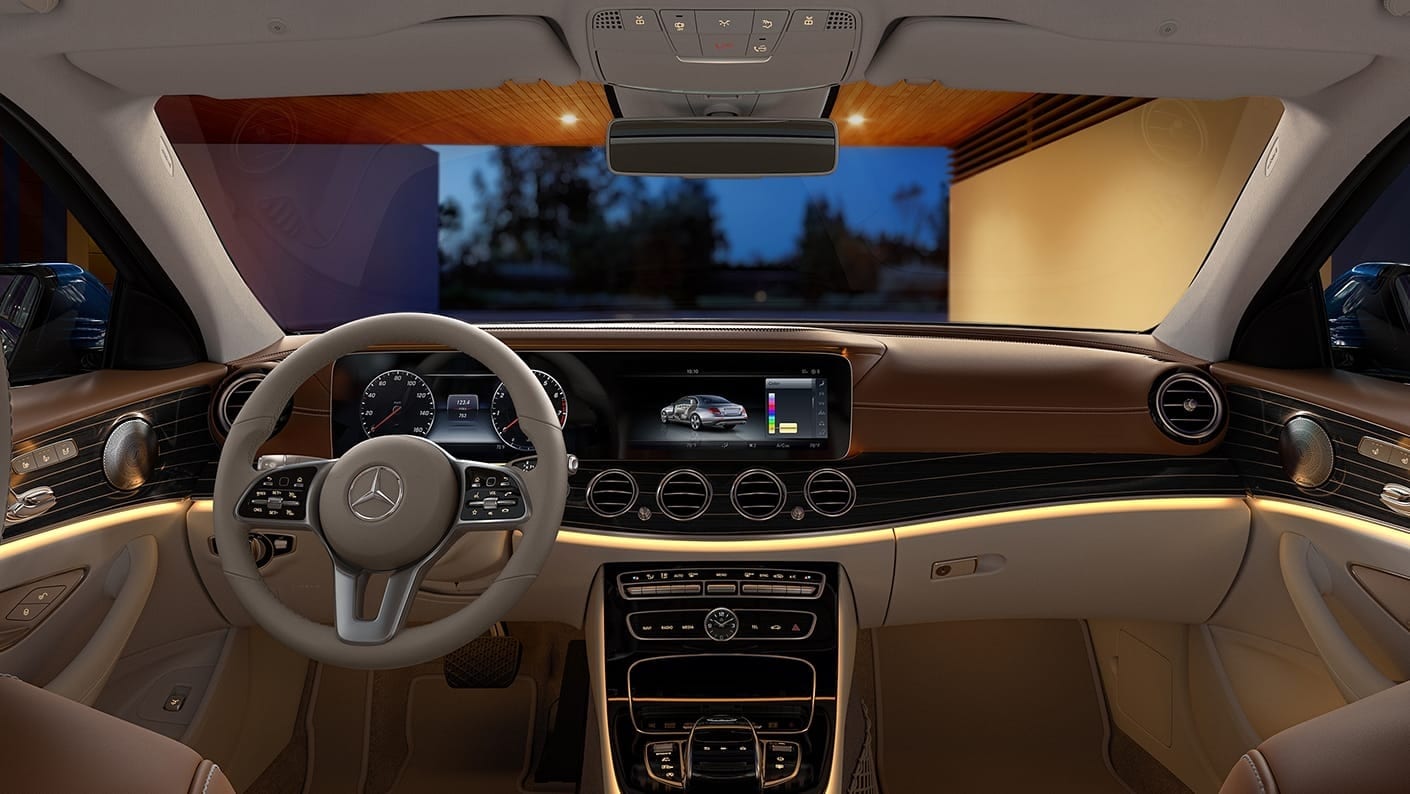 For decades, Mercedes has been the champion at making vehicles that felt luxurious. The new E-class is no different. What is annoying, to me, is how hard it is to convey that feeling of luxury to you, the readers. Furthermore, making this even more challenging is that fact that the vehicle I was provided for a review was not a fully loaded vehicle, as it is typical for press cars. It was nicely equipped, as in had heated seats, sunroof, and most things one would expect. But on an E-class level, it was on the lower end of the spectrum. It was the sort of an E-class that one would probably lease for $499 a month; no doubt a popular model.

Even with some things missing, the E-class did something for me that a loaded Kia K900 couldn’t do. It had the fine balance of a premium feel, comfort, and connection that so many other automakers just can’t get right, and some automakers have lost – looking at you, BMW. And it is that fine balance, that one that is so difficult for me to put in words, what made this Benz feel special. More importantly it made me, the driver feel special, too. I just cannot define why.

Good example here would used E-class models. Many enthusiasts, not-so-secretly covet these vehicles, and not just the AMG models. The look good, they drive nice, and they’re comfortable. And they’re Benzes, which somehow magically make their drivers feel special. 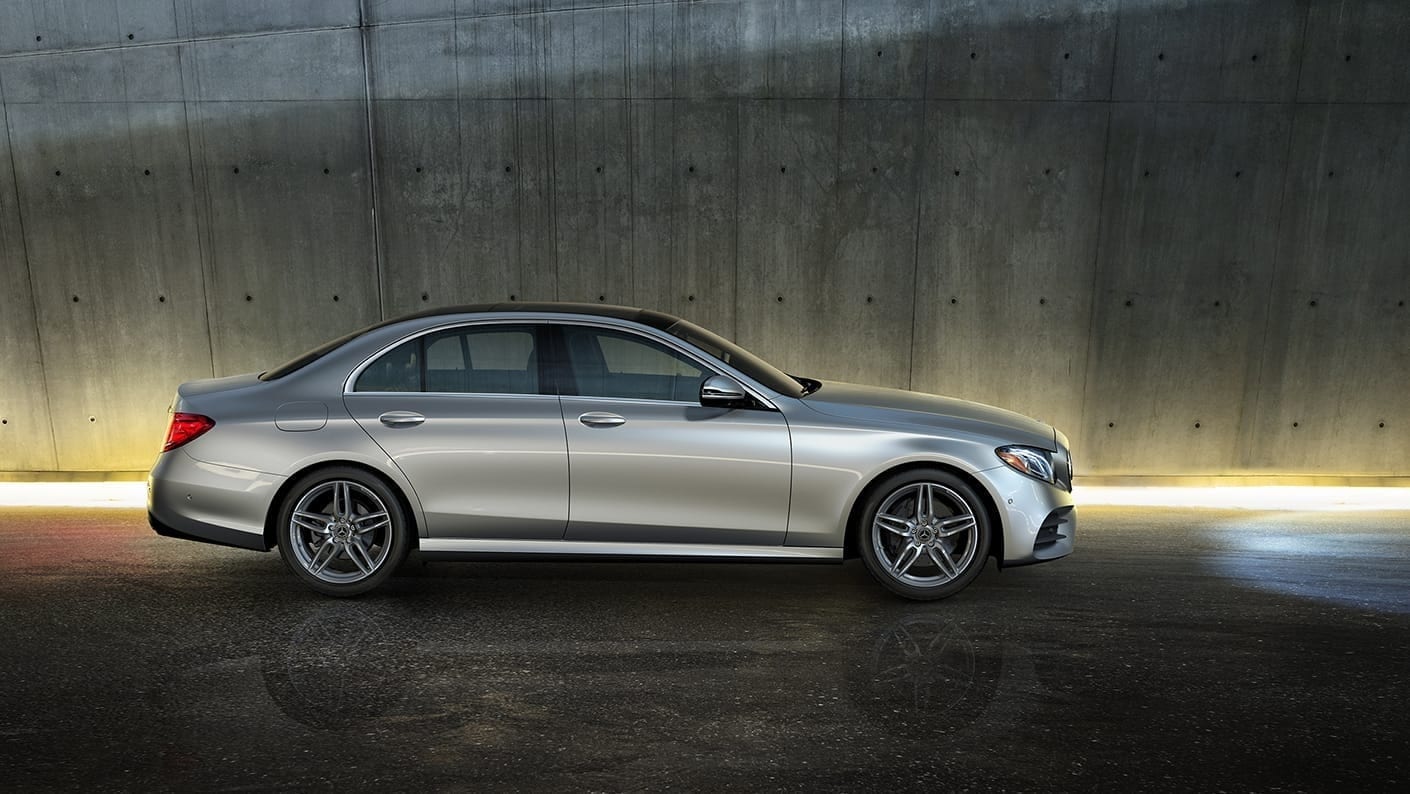 The engine itself feel pretty good considering that’s a four-banger in a large vehicle. Unlike many such engines, throttle delay is almost non-existent and turbo-lag is minimal. The engine appears to be tuned for low-end power, which makes sense in this application. The nine-speed automatic transmission is smooth in its work and always seems to be in the right gear. With this many gears to choose, it is quick in city environments an quiet on the highway. If there is something to dislike about the transmission, it is its vague steering column-mounted shifter.

The theory of the chassis being faster than the engine is especially evident in base model German cars. This is definitely the case in the E 350. While this model is tuned for comfort rather than sportiness, it still handles remarkably well. The steering is relatively quick and the body roll, along with other chassis behaviors, is very predictable. It’s a not-a-fast vehicle that is easy, and entertaining, to drive fast.

The 2020 E-class starts at $54,050 for the rear-wheel-drive E 350. It shoots up to twice that amount for the AMG E63 S. That gets you more than double the power and twice as many driven wheels. But the mainstream E 350 4MATIC I drove was a lot of car. Most importantly, it still makes the driver feel special, like the Benzes of yesteryears did.

About the pictures – I made a bonehead move and accidentally deleted all the pictures I took of this vehicle. I therefore had to use pictures provided by Mercedes-Benz. Those wishing to see the exact vehicle I drove, head over to Car and Driver for pictures taken by my friend Clifford Atiyeh.