It’s 3:18 p.m. on a Sunday and my son is sitting next to me at the breakfast bar in our kitchen, chopping foods and serving them to strange people and cats.

On his tablet. It’s a game. He’s not that weird.

But kids are weird.

The other day he asked me, “Papa, why yoo hab a funny mushroom penis?”

He’s 3. He doesn’t yet know about boundaries.

I relish his weirdness because I know, from his older sister, that kids eventually become more sensible and practical, and their understanding of the world becomes more complete. As they age, their observations and interests align better with social norms. Their questions and statements become less off-the-wall; less accidentally sophisticated, less accidentally crude.

Their behavior is something of a damped sine wave, where y=0 represents a well-adjusted adult. 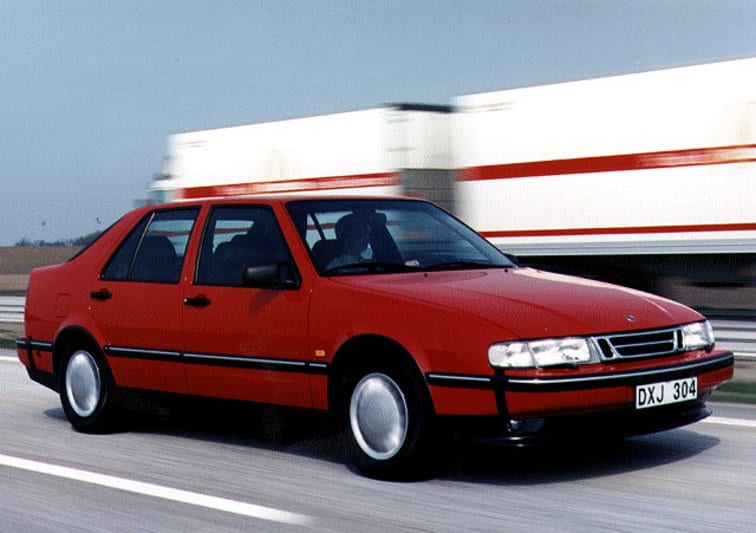 But I don’t know if automaker Saab, through its 60-some years of existence, cars ever fully found “normal.” Maybe that was intentional. They were always a weird company, and though they became more and more a badge-engineered child of General Motors as they lost control at Trollhättan to the American behemoth, as of 1995 they were still very much playing their own Swedish cowhorn.

Which is why, this week, I’m talking about a classic that’s so bizarre it can’t fully qualify as lame — but is so unremarkable on the surface that it can’t qualify as not lame either. 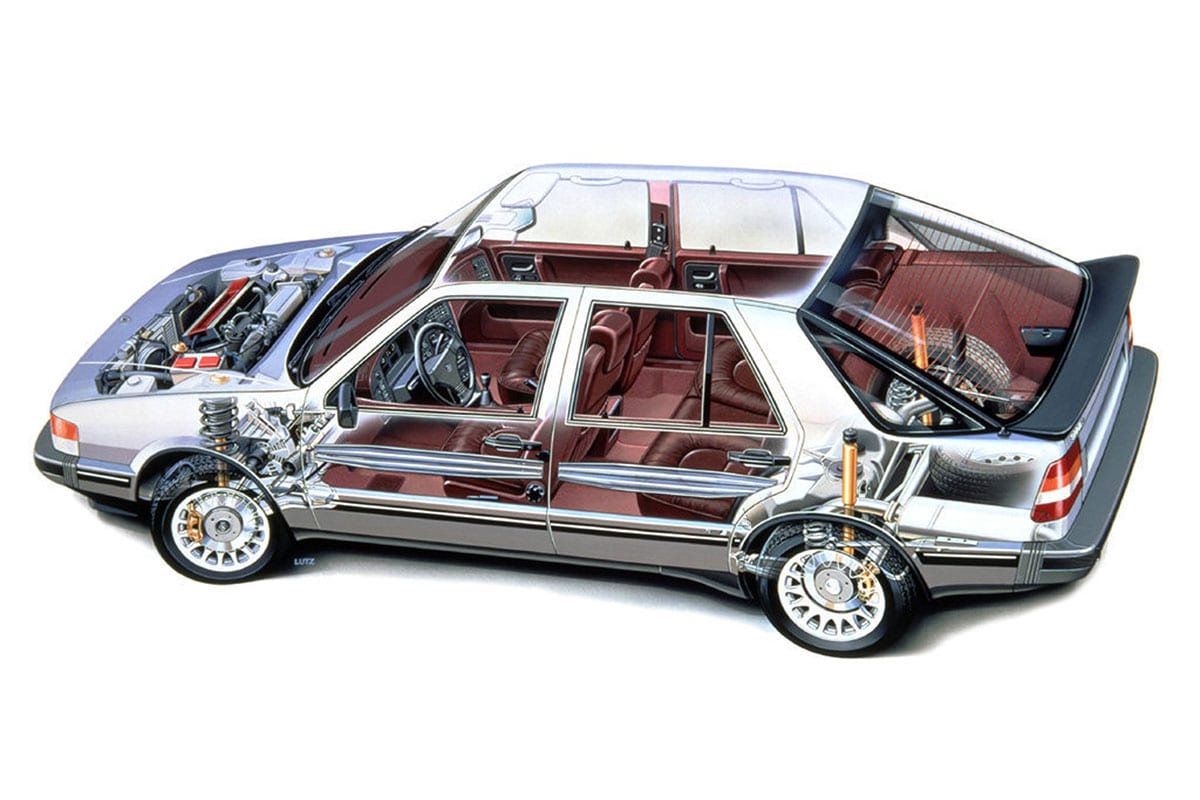 The Saab 9000 was — to use the most diplomatic language possible — a long-lasting platform. The small Swedish firm struggled to turn a profit for long portions of its history, which eventually led to the partial, then complete buyout by General Motors, and the later abandonment by that same brand when the whole world economy’s dependence on American mortgages turned upside down circa 2008.

Which is why, for the 1984 release of the 9000, they partnered with Fiat on developing a new “large” vehicle platform that would underpin this car, as well as the Busso-powered Alfa Romeo 164 — that was in its last year in the U.S. in ‘95 — and similar cars from Fiat and Lancia that weren’t sold stateside at all. It continued to be sold until 1998; a 14-year run for a high-end car is absurd unless you’re a relatively low-volume company banking on brand cachet to sell old technology.

Even the PT Cruiser didn’t last that long, and good god that thing felt like it was around forever.

The Saab 900 was technically a large vehicle, based on interior volume. It was marketed to ascending-status suburban yuppies. It had power from its own 2.3-liter 4-cylinder that, in high-spec Aero trim, rivaled the still-Japanese-market-only Subaru WRX. In low-boost versions it was touted as providing “eco-power”. Sound familiar? 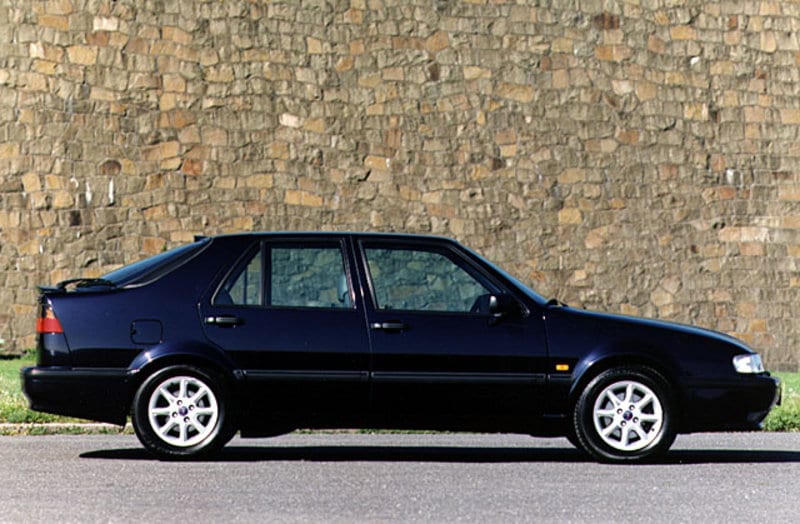 But some versions were a touch shorter overall than the compact Saab 900. (Don’t get me started on luxury car numbering conventions.) It was front-wheel drive, with the torque steer that turbo Saabs were known for. It was a hatchback, which I personally love, but I find it unlikely that most American car buyers in that price range could appreciate it. And though it was billed as a sports sedan, it had the same rear-axle technology as the Toyota Tercel.

Showing signs of the 50 percent stake that GM took in Saab in 1989, it was newly available with a V6 engine for ’95. But even this couldn’t make the car totally normal: It was a high-spec engine originally developed by GM Europe for its Opel brand, and would later find a home in the notably awful Cadillac Catera. But though most V6s have a bank angle of 60 degrees, this one was 54 degrees. Ostensibly for packaging reasons.

Oh, and the price.

I mentioned that this is quite an expensive hatchback. How expensive? Let’s do the numbers. 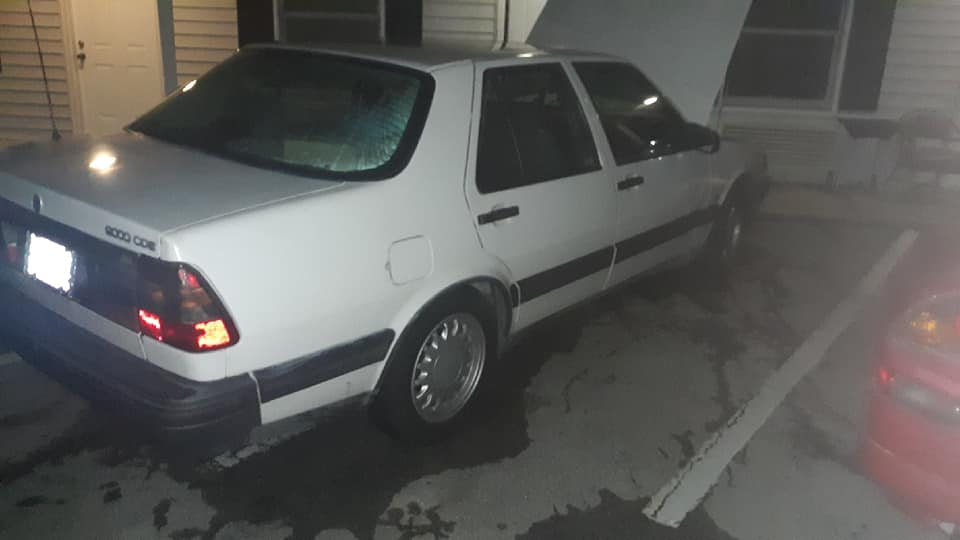 I’ve looked at that number several times already and it still takes my breath away. Does this look like a 77-thousand-dollar car to you?

Thankfully, you can buy one for closer to $700 today. 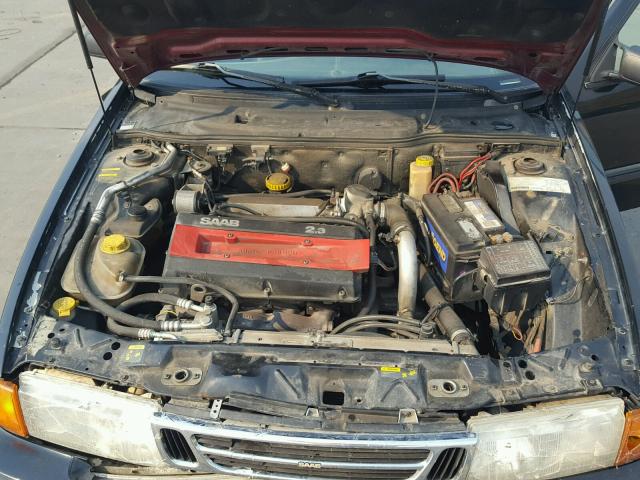 I appreciate that the V6’s block is made of recycled iron, though that was probably just marketing chutzpah. It’s a nice touch that many of the plastic fluid reservoirs and other components are marked as recyclable. I’m intrigued by its early adoption of traction control, ABS brakes and variable-length intake manifolds. It managed to get high marks for handling in spite of its unsophisticated suspension layout and the fact that the entire engine hung far ahead of the front wheels.

I love that it’s a high-class hatchback in a world where the only other so-called “5-door” cars were for the least-affluent new-car buyers. 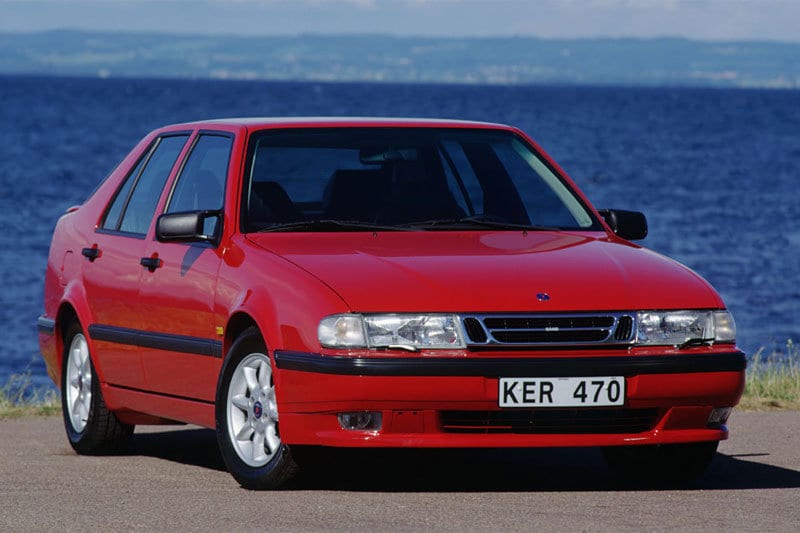 Seriously, I’m glad Saab kept it real and kept it weird for as long as they did. I’d honestly consider owning one as long as it doesn’t ask about my penis. I promise I won’t laugh out loud at the tiny wiper blades for its headlights. I wouldn’t want it growing up thinking there were something wrong with it.

We should all be allowed to love our own bodies — weird, lame, or otherwise.