Porsches, like Harley-Davidson motorcycles, have long been associated with dentists. But if you wanted a Porsche circa 1995 and weren’t interested in a 6-cylinder descendent of the 6-decade-old Beetle platform, you could get yourself a P-car that was designed in the ‘70s instead.

After the demise of the 944, the Porsche 968 was the only answer that the German brand had to the steadily-going-upmarket trifecta of Mazda RX-7, Toyota Supra, and Nissan 300ZX.

The real trick of this car is the rear-mounted transaxle, which gave it the same benefits of weight distribution as its predecessors the 924, 944, and the confusingly numbered 928. (As I mentioned in discussing the Infiniti J30, the nomenclature of luxury and sports cars are frequently an inconsistent nonsense jumble of alphanumerics.) 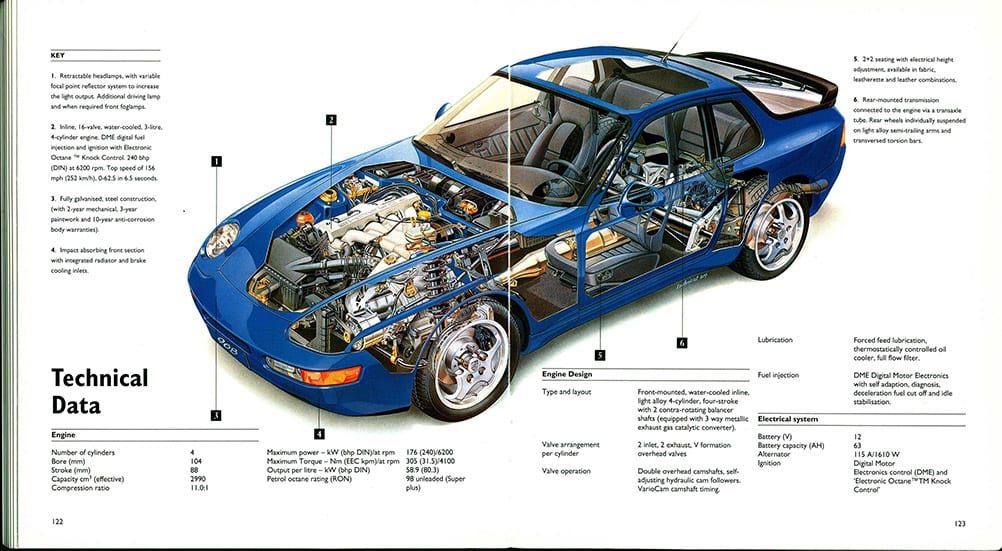 Though the transaxle is considered fairly robust and yields that mythical 50/50 weight distribution that’s so good for handling, the rear of all these cars is a layer cake of German engineering. When any component (like a clutch) lets go, you’ll be spending a lot of time spinning wrenches and learning new curse words to take the thing out.

It’s worth noting that the Mazda RX-7 managed the same weight distribution by using a tiny spinning-Dorito engine that could be mounted well behind the front axle, but those turbocharged Doritos aren’t exactly known for robust edges. 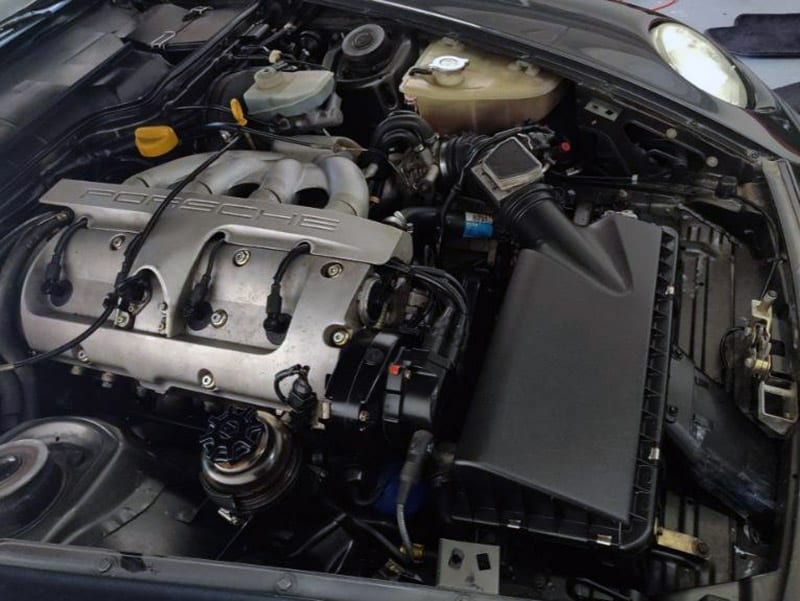 What started in the 944 as an already-big 2.5-liter four-cylinder engine had swollen to a full 3 liters. This has got to be high in the running for largest-displacement 4-pots in modern passenger cars. For reference: Toyota’s legendary 2JZ engine also displaces 3 liters, but with 2 more cylinders. 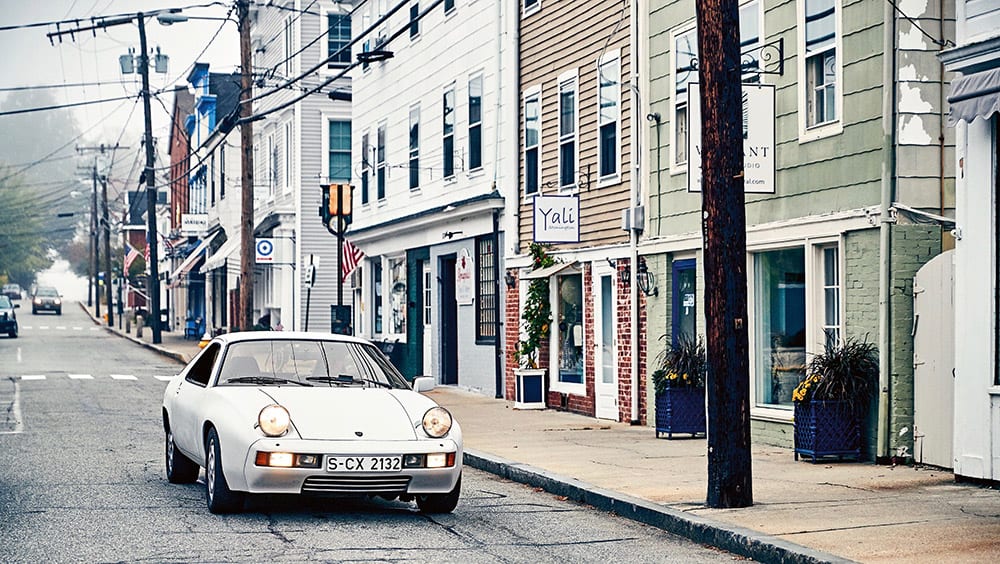 The reason manufacturers typically don’t make really big fours is that 2.5 liters are generally regarded as the upper limit for smoothness. Porsche overcame this, but it took two balance shafts. Normal-sized four-cylinder engines typically have one balance shaft or none at all. Despite the parasitic loss from those shafts, it still managed 236 horsepower in the non-turbo versions. 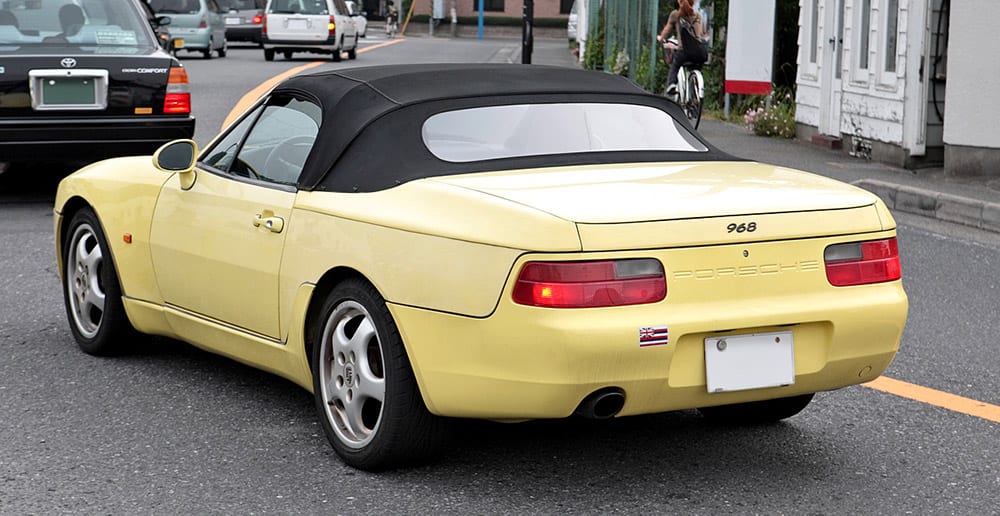 What’s weird about these cars is that at a passing glance, they’re visually almost identical to Porsche’s top-tier grand tourer 928. It’s hard to tell them apart. I even put a photo or two of the 928 in this article. See how many you can find.

(The 928 was another designed-in-the-’70s front-engine Porsche with a rear transaxle. It had a V8, originally 4.5 liters when it first came out in 1978. They were using that original engine basically unchanged still in 1995, they’d just switched the numbers around to make it a 5.4-liter V8.) 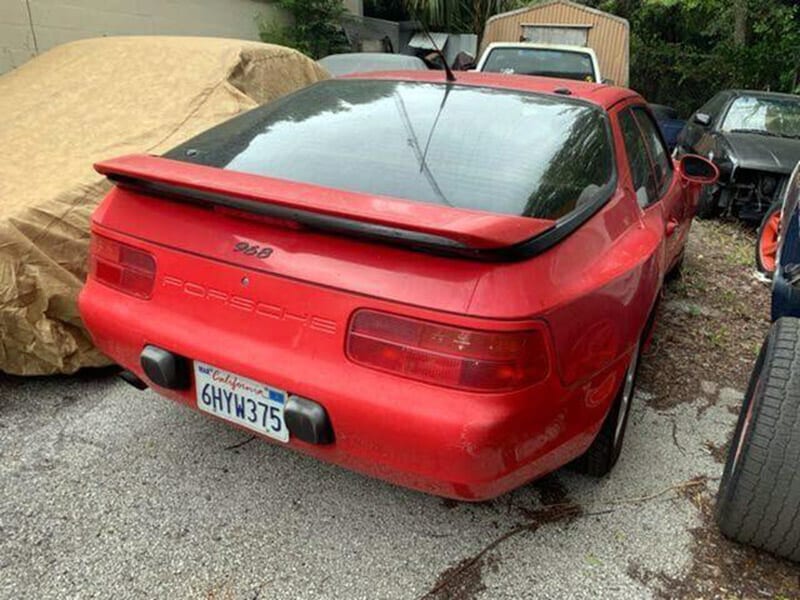 The whole dentist thing didn’t come out of nowhere, however. It’s a little-known fact that the American Dental Association was the single biggest factor in keeping Porsche afloat from the late ‘80s right until they finally released the profitable juggernaut Cayenne.

I haven’t been able to verify the reason for this, but rumor has it that the ADA president at the time was personally haunted by the teeth of Ferdinand Porsche. 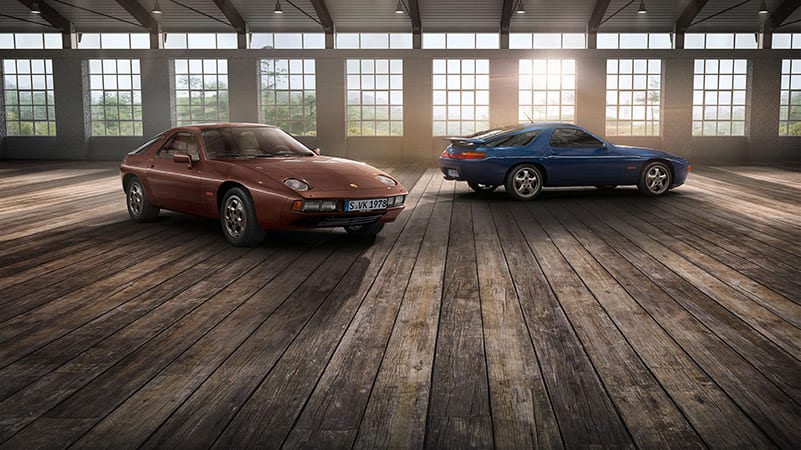 It’s true. Thanks to the powerful lobbyists among the ADA’s members, in order to become licensed dentists — well, in at least 7 states — they had to purchase a Porsche or provide evidence that they already owned one. This drove up sales of the 968, which was Porsche’s cheapest car — I can’t get over this: it’s the highest numbered car but the cheapest model. I hate it. 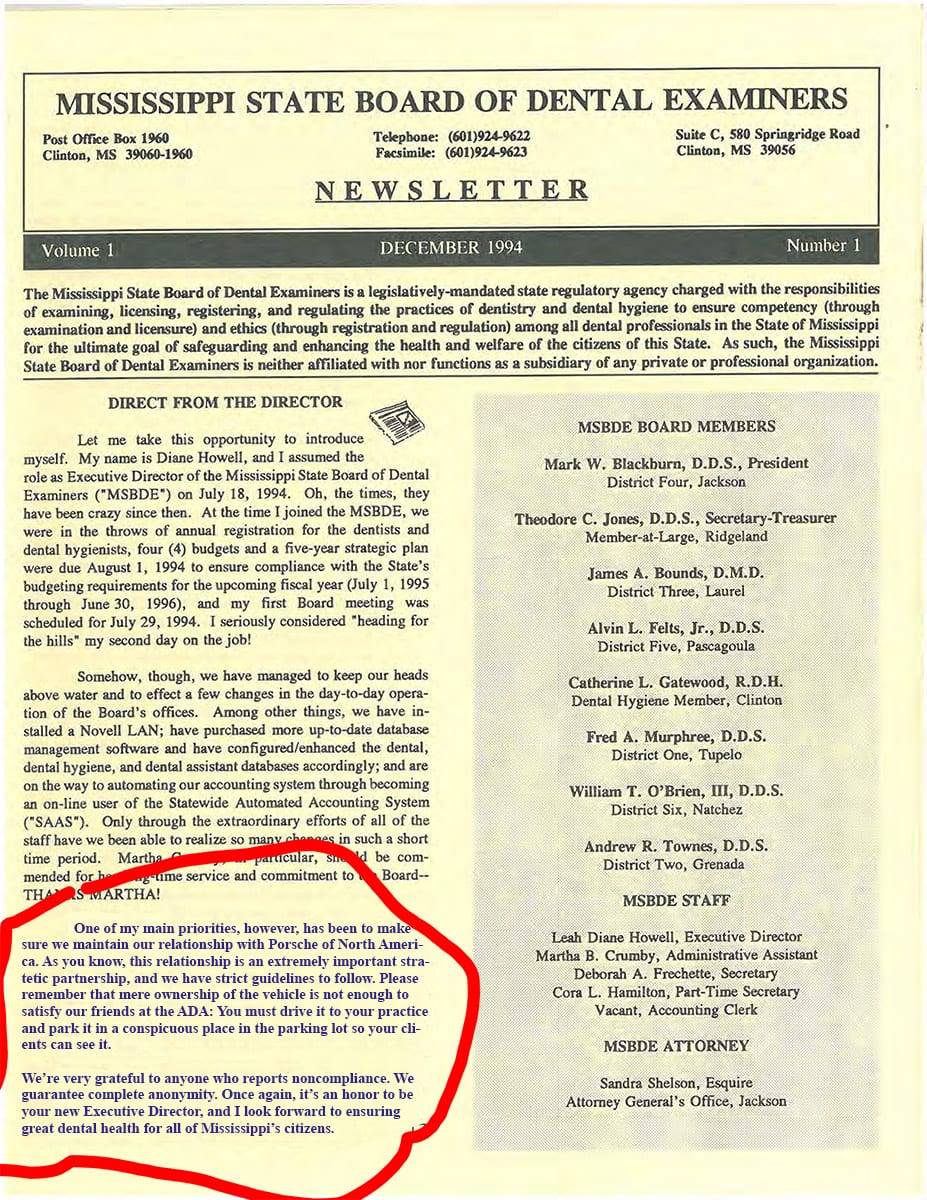 Anyway. It was hard to verify, but when I found this document in my dad’s attic (sorry, dad), it was all the evidence I needed.

I grew up loving Porsches. I still have a Micro Machines whale-tail 911 Cabrio from when I was a kid. I keep it in my office at my day job. But all Porsches have been ruined for me by their owners, especially the 911. 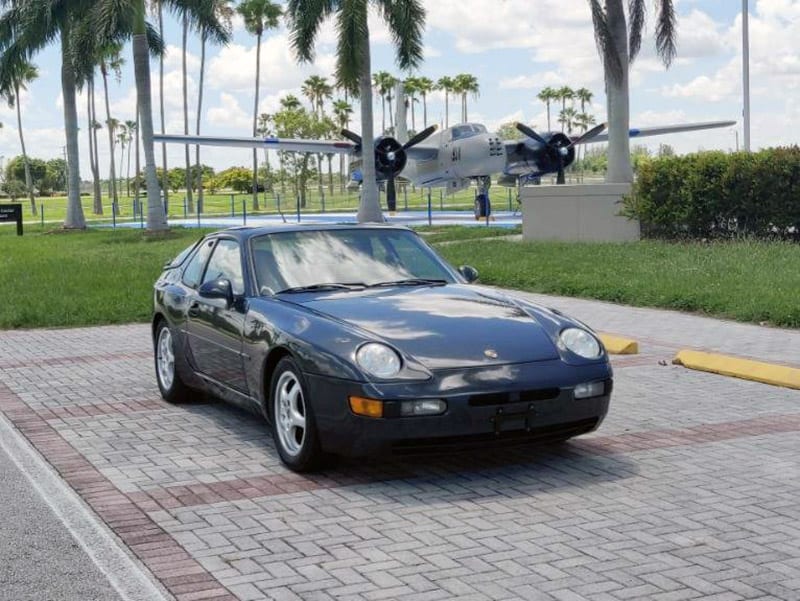 The 928 968 doesn’t benefit from the motorsports cachet of the 911 though, and it had that big, weird bubble back. So, while I can’t love any Porsche whatsoever, the 968 is probably the Porsche I dislike the least.

Because it doesn’t bring up that latent, simmering hate, the 928 968 is, technically, lamer. 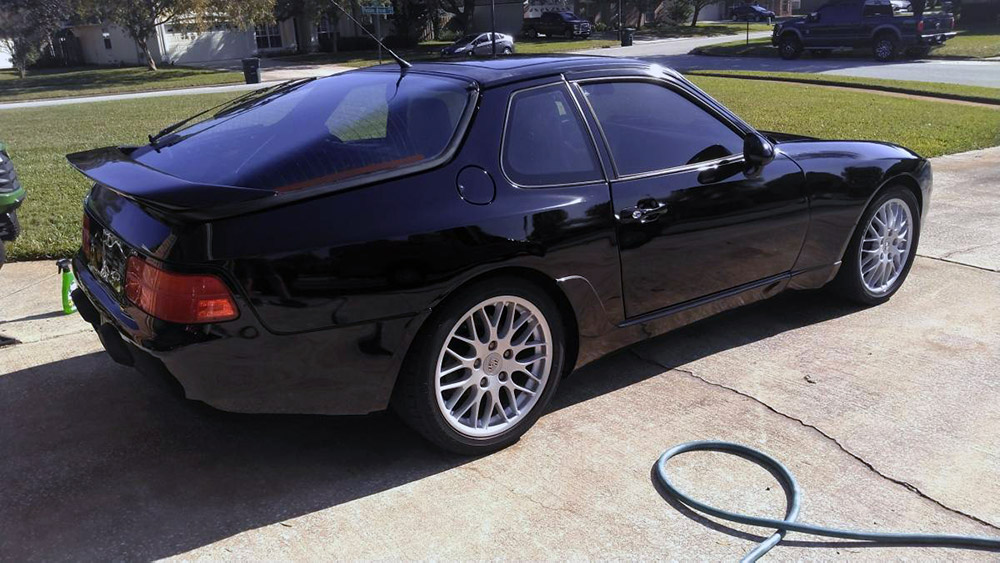 So take your Porsche and your Dremel set to your state’s dental board and see if you can become licensed in grinding away around the holes in people’s teeth and filling them with JB Weld. And, you know, head down to the DMV afterward and get your classic-car plates. You’ve earned it.