The delivery of your new Jeep Gladiator may take a little longer. A 33-car train derailed near Caliente, Nevada, on Wednesday. The derailment was so severe that the rail cars came completely off the rails, rolled over, and the train accordioned into a big pile. In those rail cars were cars, as in passenger vehicles, mostly pickup trucks. Those included the new Jeep Gladiators, presumably heading to California dealerships.

As can be seen from the above the picture, the Gladiator can nicely support itself on its new roll-bars, which now extend to around the windshield, as in on the new JL Wrangler. The windshield still folds down but the frame remains, connected to the B-pillar frame. 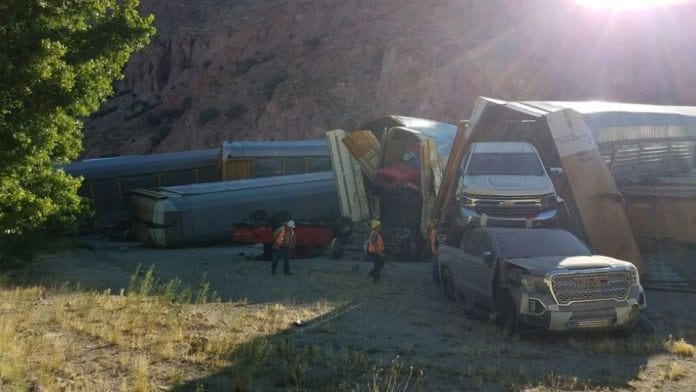 Looks like several new GM trucks were also put out of their misery. Since all those vehicles have never been titled but are probably insured, expect them to go directly into the scrapper and not a local Nevada junk yard. Automakers to their best to prevent such cars from going to people like us. 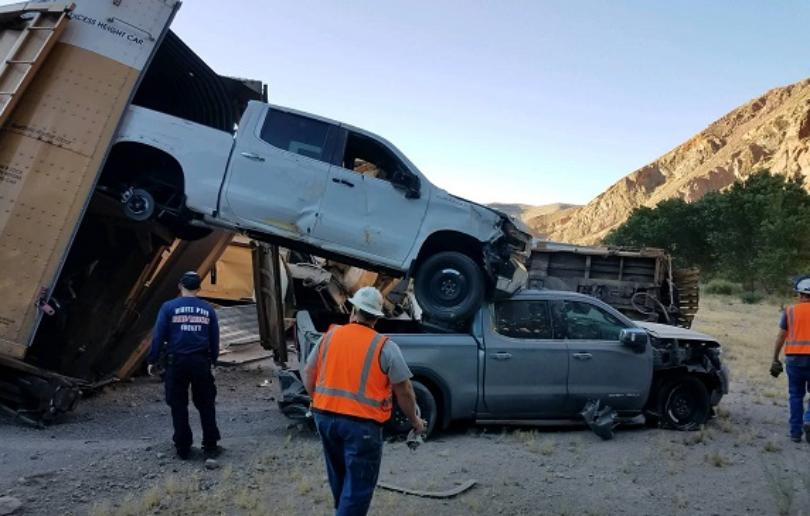 Interesting – looks like the GM trucks are shipped on temporary steel wheels. I wonder if that has anything to do with the recent theft of wheels from new car dealerships.