Welcome to the Hooniverse News! As always, this is a weekly recap of the biggest stories in the automotive industry without the fluff or bull. This week: Lamborghini reminds us about the Sian hybrid supercar with the mandatory Roadster version, Mercedes-AMG teases the return of the Black Series, and other coverage from the week.

8 years ago in 2019, Lamborghini revealed their first hybrid supercar, the limited edition Sián. Perhaps it was because only 63 examples were being built and all were sold to the world’s elite by the time us plebs were even aware of it, but I had completely forgotten it was a thing. Just another multi-million-dollar super-exclusive hypercar that will sit in a vault and make occasional appearances on the most toxic YouTube channels while millions can’t afford to pay rent. But in any event, it’s at least cool to look at and it gives the mighty V12 a fighting chance in an uncertain future for the industry.

A lot of supercars are forced to downsize their engines and go hybrid to meet fuel efficiency standards, but Lamborghini is sticking with what they know best. The naturally-aspirated 6.5-liter V12 that’s been a stable of their top tier supercars for nearly a decade produces 785 horsepower and is helped by a 48-volt e-motor which kicks in 34 horsepower to the equation. That means a total of 819 horsepower and enough of an efficiency boost that it should satisfy the standards set for it. The e-motor is integrated into the gearbox for immediate response and can handle low-speed maneuvers like reversing and parking with pure electric power. Said electric power is stored in a supercapacitor located in the bulkhead. Its three times more powerful than a standard battery of the same weight (34 kg) and three times lighter than a battery producing the same power. A regenerative braking system feeds power into it for on-the-go charging. This power can then be applied automatically or on command of the driver. 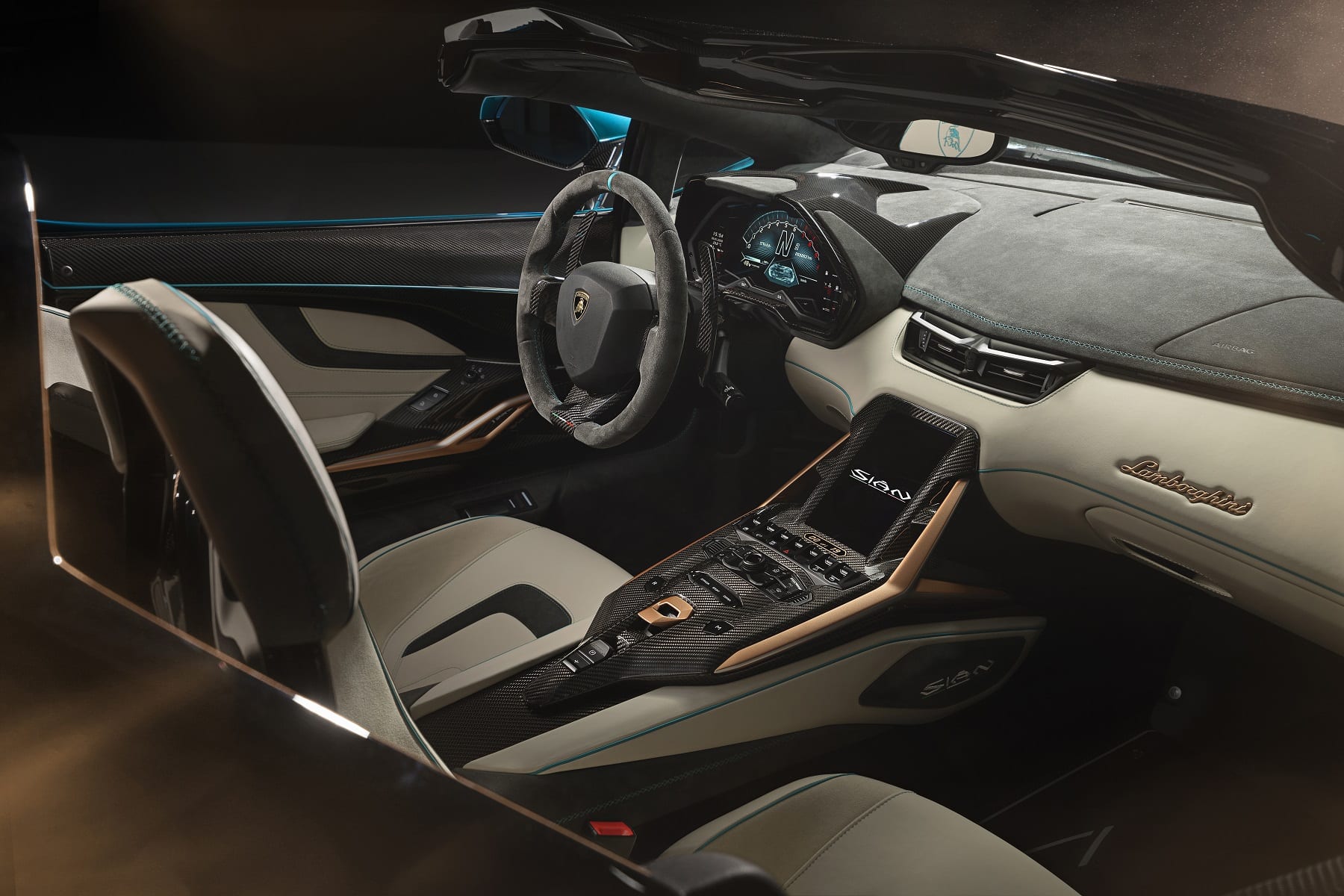 The most powerful roofless Lamborghini ever produced can hit 0-62 mph in 2.9 seconds and won’t stop until 217 mph. Production of the Sián Roadster is even more limited than the hard top with just 19 units planned – and as is customary, all have been sold. For those keeping track, 19 roadsters and 63 hard tops is representative of the year Lamborghini was founded. Clever, isn’t it. It also has 251.89 feet of contrast stitching in the interior, which is representative of exactly how many months old Ferruccio was when he touched boobs for the first time.

For AMG, “Black Series” is the best of the best sports cars they produce. They’re the most sporty, most powerful, and most exclusive cars they make. It’s been quite some time since we’ve last seen one. I don’t know exactly how long because I have better ways to waste 5 minutes of my life, but it’s been a while. That doesn’t mean we haven’t seen super sporty models already – the AMG GT has a GT-R version and a “Pro” version, which could certainly fit the bill for what a Black Series AMG GT should be. But that wasn’t good enough for AMG.

Sometime soon we’ll be seeing the Black Series return with an AMG GT variant. Details are non-existent but we’ve been shown what it will look like in a sorta cheesy but kinda fun teaser video. It shows just how far AMG is going to take this one. It shows a roll cage, massively aggressive bodywork, a gigantic wing, and some serious performance. We’ll bring you more when AMG decides it’s time to tell all.

Other coverage from the week 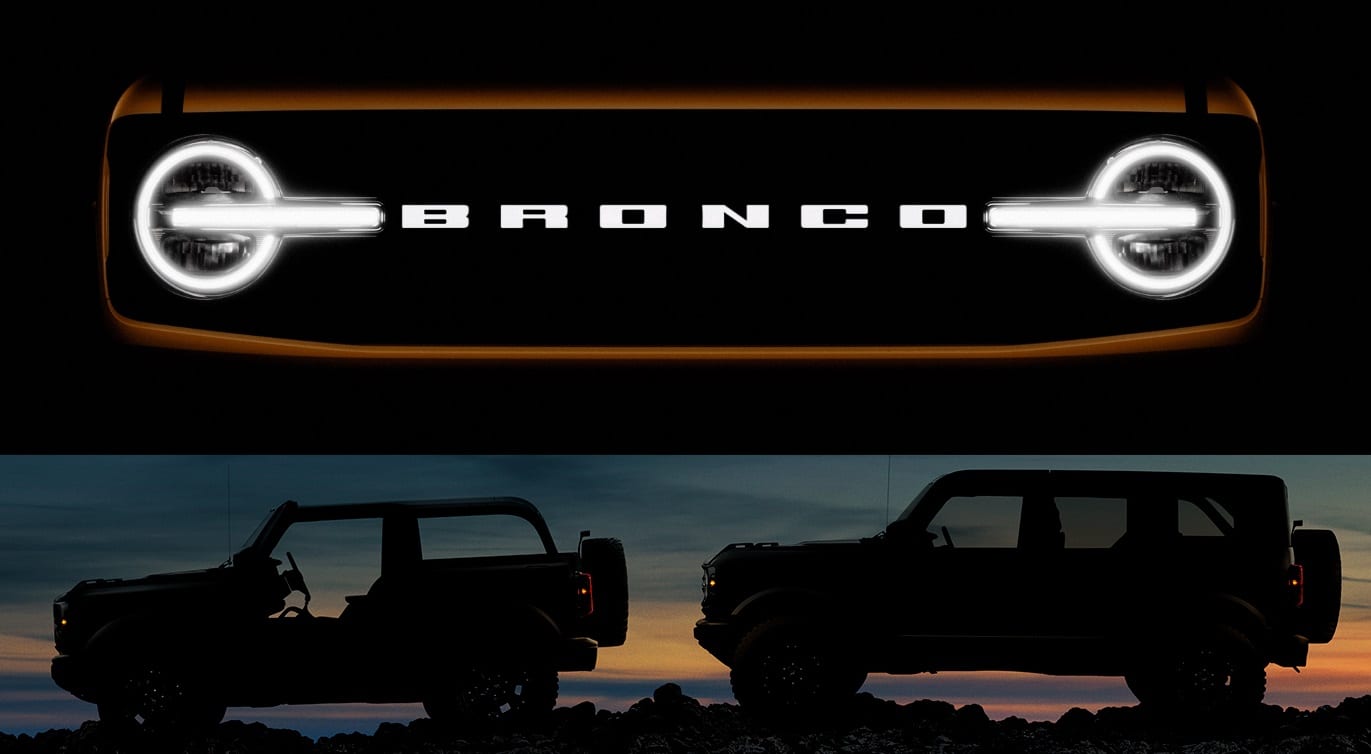 Just a day after Kamil correctly called the Mazda3 the best small sedan you can buy, they revealed the long-awaited specs of the upcoming turbo model. It’s an attempt to go upmarket with the 3 and offer the kind of performance their enthusiasts have been begging for. They stopped short of making it a MazdaSpeed, but it should be a load of fun. And then Ford gave us one final teaser for the Bronco which debuts next Monday. Kamil talks about what Ford has to get right and how they can beat the Wrangler.