Welcome to the Hooniverse News! As always, this is a weekly recap of the biggest stories in the automotive industry without the fluff or bull. This week, Porsche does their first EV right with the Taycan, Lamborghini shows off glimpse into a future of V12 hybrids with the new Sian, Ian Callum takes a second stab at the Vanquish, Edelbrock is expanding supercharger lineup to V6 Colorado/Canyons, and your automotive news for the week.

After many years of development and countless test mules and concepts, the Taycan is finally ready to take Porsche into a new era. It’s the brand’s first all-electric car and is billed as a sports car that’s earned its badge. It’s a four-door sports sedan with typical Porsche performance and everyday usability, it just happens to have a groundbreaking new electric powertrain underneath that sets it apart from anything else at the moment. They promised that it would be a true Porsche from the beginning, so let’s see if they’ve delivered.

Setting the foundation for the Taycan is production-first 800-volt electrical system (normal EVs run with 400 volts). This provides crazy fast recharging times, sustained performance with less power degradation, and a bit less weight than normal. The “Performance Battery Plus” providing the juice has a capacity of 93.4 kWh and can be recharged at home with up to 11 kW of AC at home, or use Porsche’s high-power DC charging network and benefit from some absurd recharging times. Like, 22.5 minutes from a 5% to a 80% state of charge with the first 62 miles being gained in just 5 minutes kind of absurd. Charging power can peak up to 270 kW. 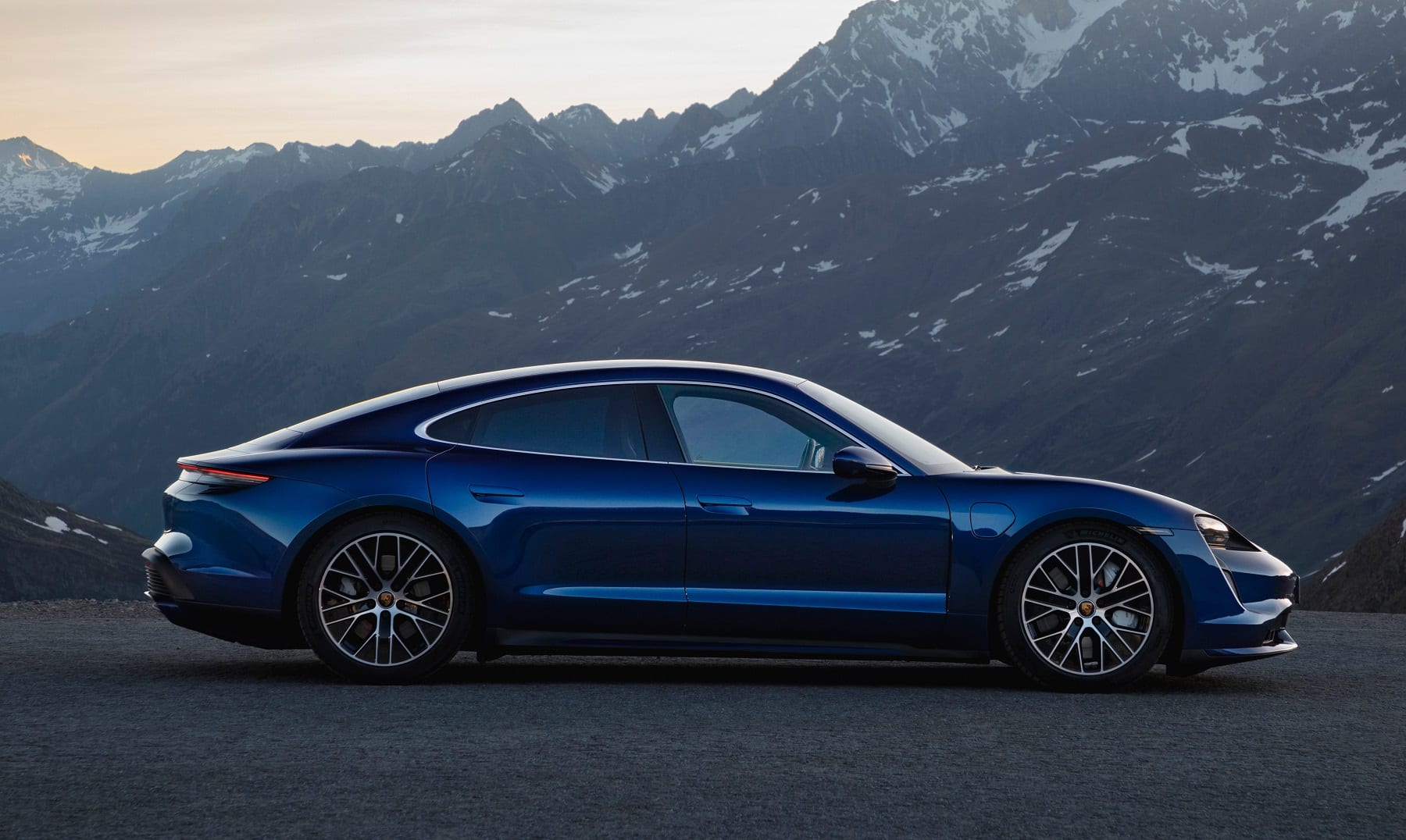 Two “permanently excited synchronous motors”, one on each axle, are developed with technology that’s been proven by the 919 Hybrid LMP1 race cars. The motors provide smooth, consistent, and responsive power. And even though it’s all electric now, they still found a need for a transmission. The Toucan has a two-speed transmission on the rear axle with first gear being for launches and second gear for cruising at high speed. Helping improve range at speed is a very low drag coefficient of 0.22 thanks to its extremely attractive and sleek exterior. Unfortunately its weight doesn’t do it many favors. This absolute chonker tips the scales at 5,060 pounds.

At this point I should mention that there are two initial models of the Taycan being offered… and I should also mention that the names are pretty dumb. They’re calling them the Taycan Turbo and Taycan Turbo S. Even though there are actually no turbos. Nobody else but Porsche could be staring in the face of sheer perfection and go “well we gotta fuck something up”. So back to the Taycan Not-a-Turbo and Not-a-Turbo S, both cars have pretty much the same powertrain but have differing numbers and priorities. 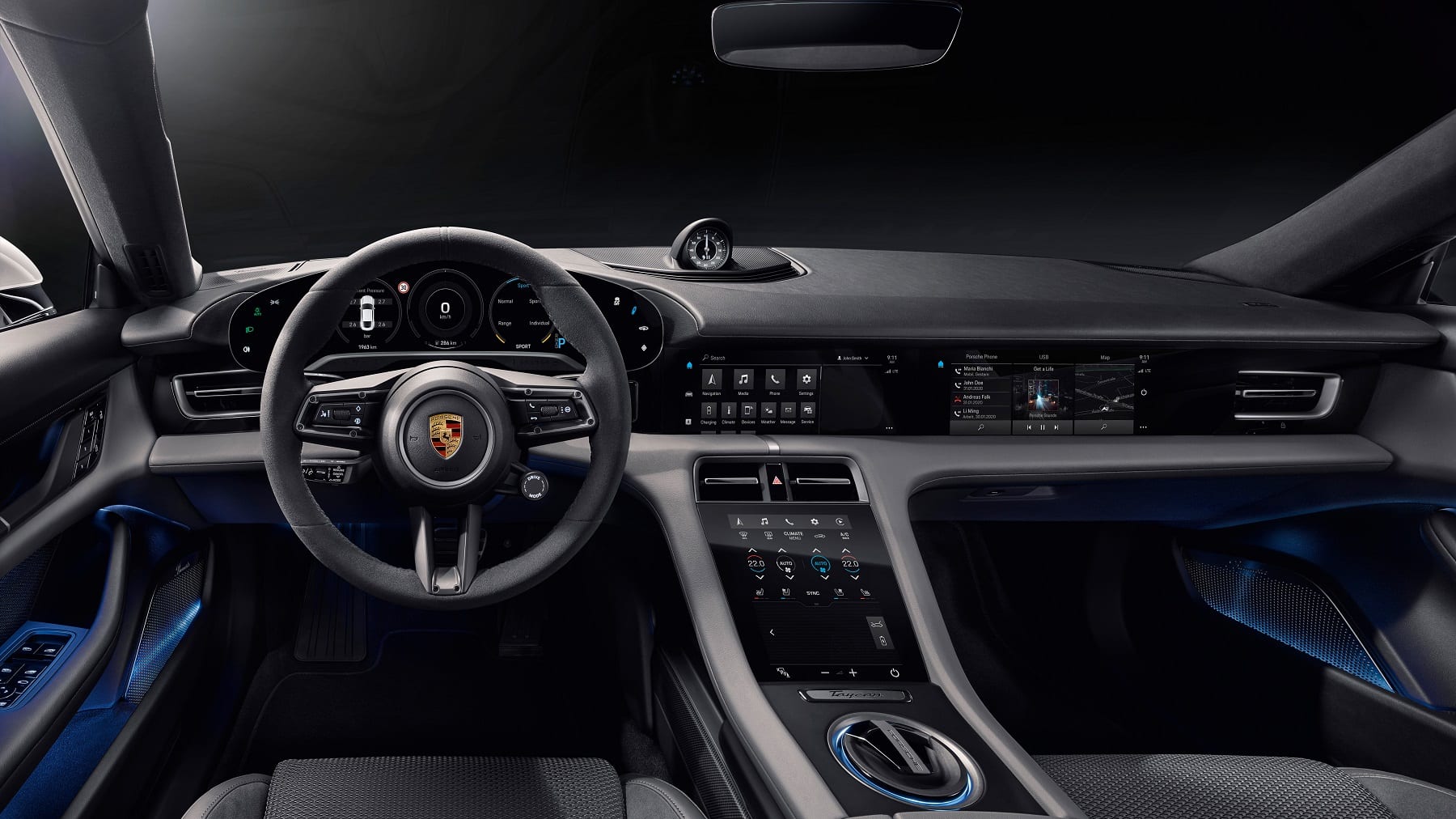 The Not-a-Turbo produces up to 671 horsepower in overboost, accelerates to 62 mph in 3.2 seconds, and has a driving range of up to 280 miles per charge (by WLTP numbers). Meanwhile, the Not-a-Turbo S is the heavy hitter with up to 751 horsepower on overboost (616 hp normally), 774 lb.-ft. of torque, and a 0-62 mph time of 2.8 seconds, but at the expense of some range with up to 256 miles per charge. So they’re extremely powerful and quick no matter how you spec them, but most importantly they can perform consistently at those limits. Read about their incredible endurance run here for proof. 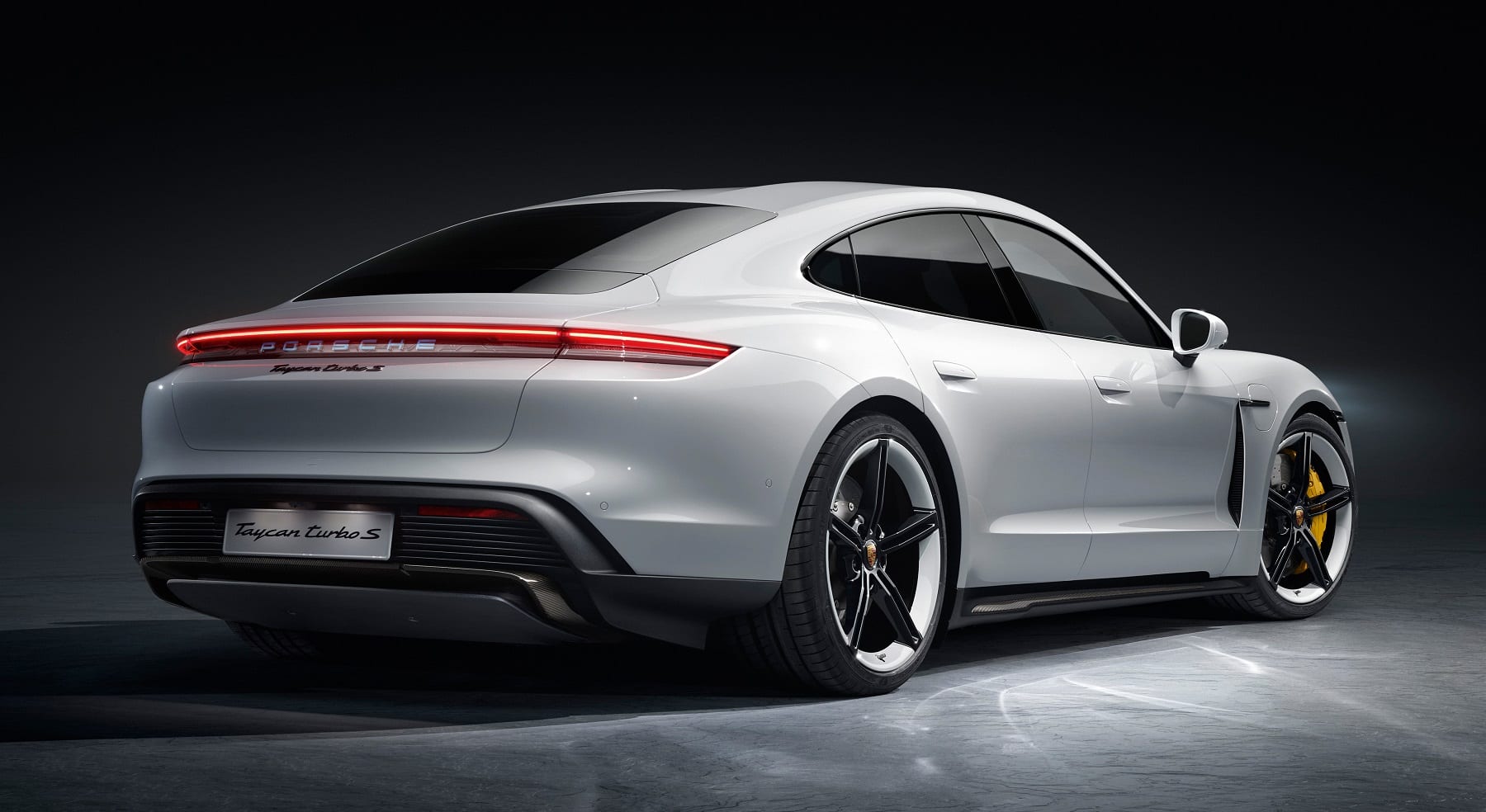 The Taycan has been a very long time coming. Porsche first began testing electrification in earnest back in 2010 with a hybrid 911 RSR that ran the Petit Le Mans, then slowly but steadily improved on it to give us the 918 Spyder and 919 LMP1 race car, and now this. Having attended the 2010 Petit Le Mans and now getting to write about the Taycan, I gotta say it’s pretty neat being able to cover this from both ends. Based on the numbers, their endurance run at Nardò in the sweltering heat, and some initial passenger seat impressions, the Taycan really is a true Porsche. It even lacks Android Auto like every other Porsche, so it’ll fit right in. 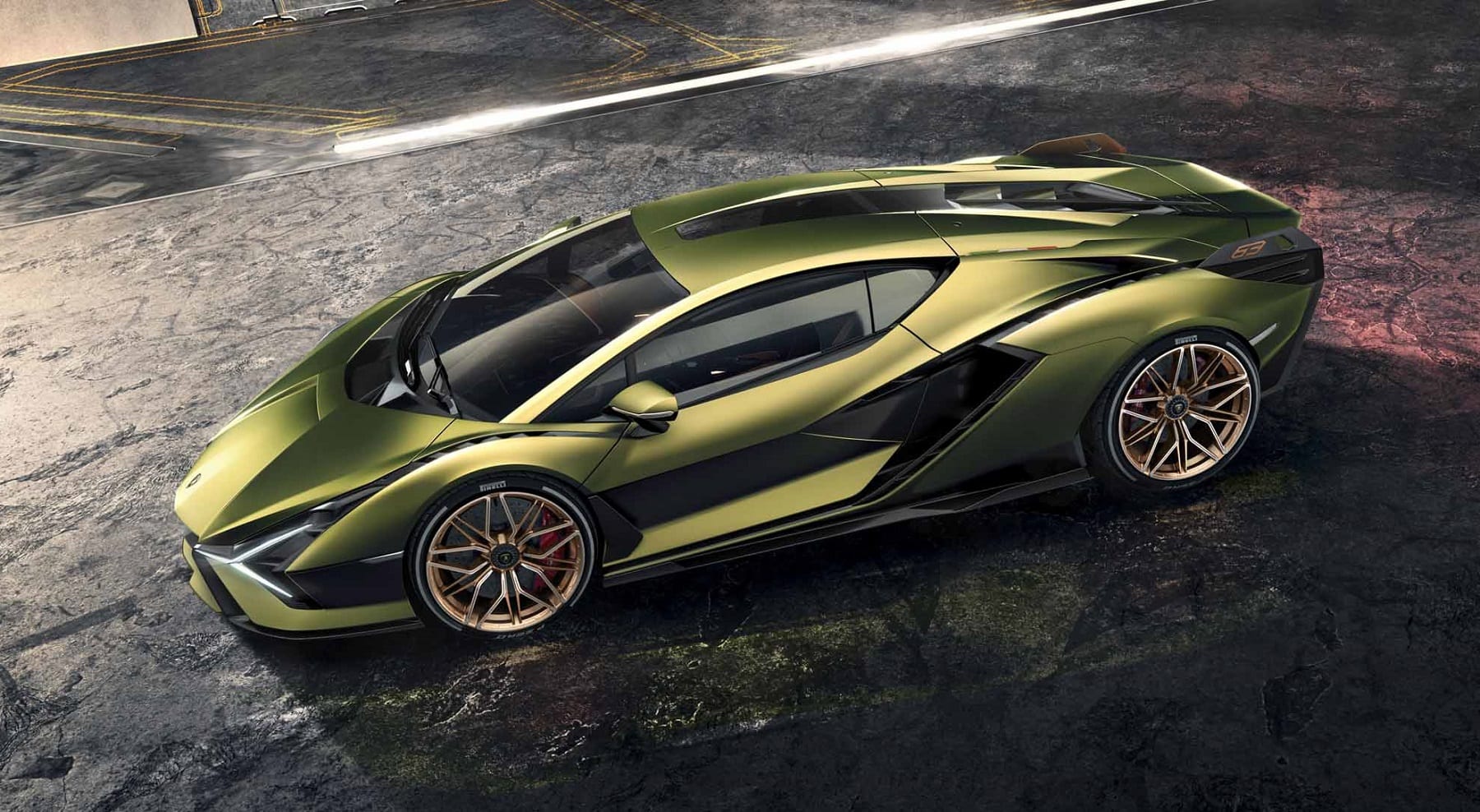 Lamborghini knows they build some of the best naturally-aspirated engines on the market and they still sell well, but they also have to conform to fuel efficiency standards like everyone else. But rather than downsize and add turbos, Lamborghini is turning to hybrid power to keep the best of both worlds. Here’s a taste of what’s to come.

The Lamborghini Sian is a mild hybrid V12 supercar that’s headed to production in limited numbers and it just so happens to be the most powerful car they’ve ever made. A good ole 6.5-liter V12 brings 785 horsepower to the table while a 48-volt mild hybrid system fed by a supercapacitor goes for the participation trophy with 34 horsepower to add, bringing the total to 819 horsepower. The benefits of this mild hybrid setup would be low speed EV propulsion around town, extra grunt on launches (0-62 mph in 2.8 seconds), and short bursts of extra power at speeds up to 80 mph. And with this kind oof hybrid setup, there’s only a 75-pound weight increase. There may not be a noticeable difference in efficiency in normal driving conditions with this model, but it’s a first step. 63 are being made and they’re probably sold out by now. 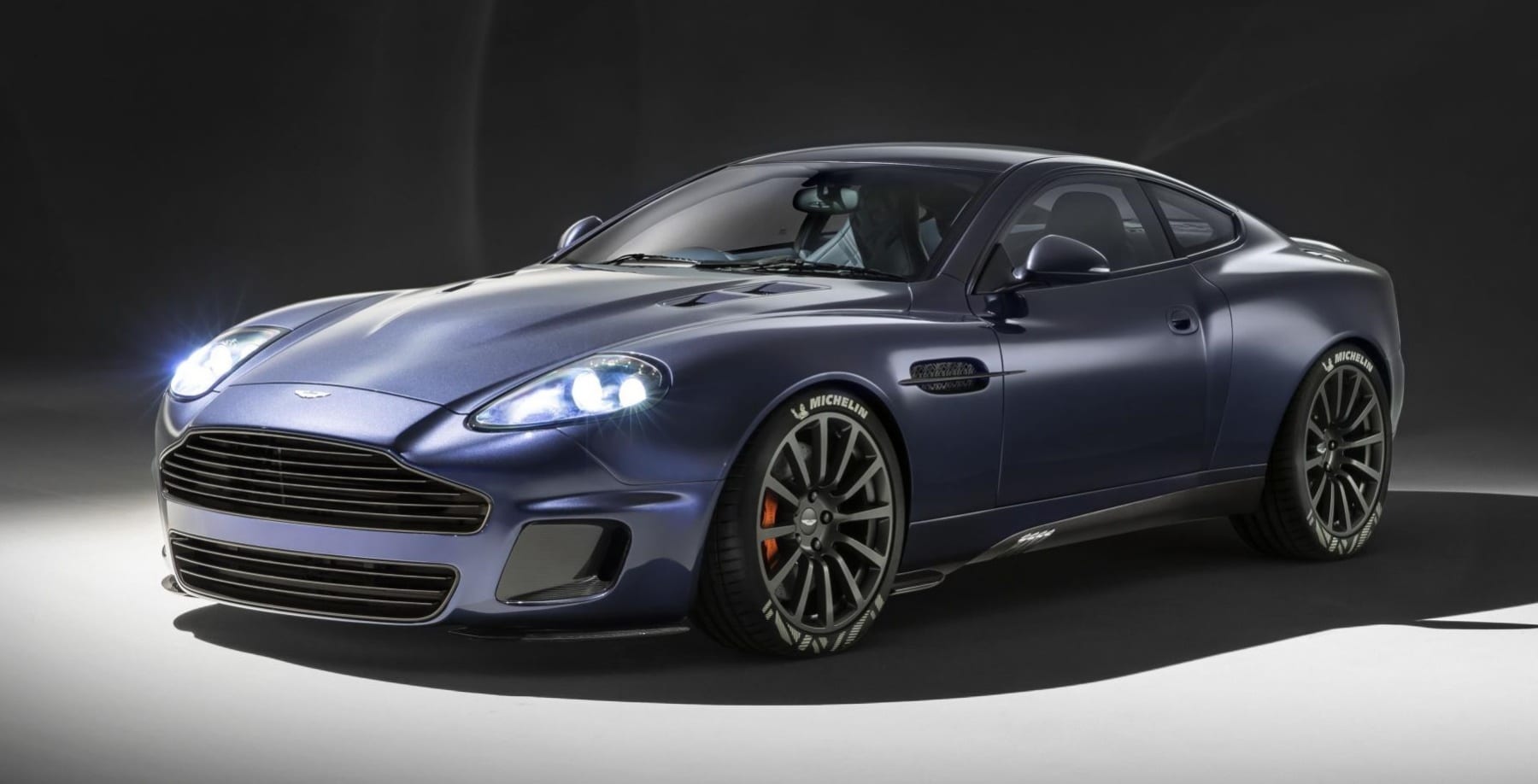 Ian Callum, one of the greatest designers of the modern automotive era, couldn’t stay out of retirement for very long. Since departing Jaguar earlier this year, he’s taken the reigns of a design and engineering firm called Callum who will be making some very customized and very expensive stuff. Here’s the first of said very customized and very expensive stuff. Callum revisited one of his own designs, the Aston Martin Vanquish from 2001, and reworked it to his original, unrestricted vision. More power, carbon fiber, modern electronics, more leather, and a lot more money. If the original Vanquish didn’t need to be at least somewhat affordable back in the day, it could have looked more like this. 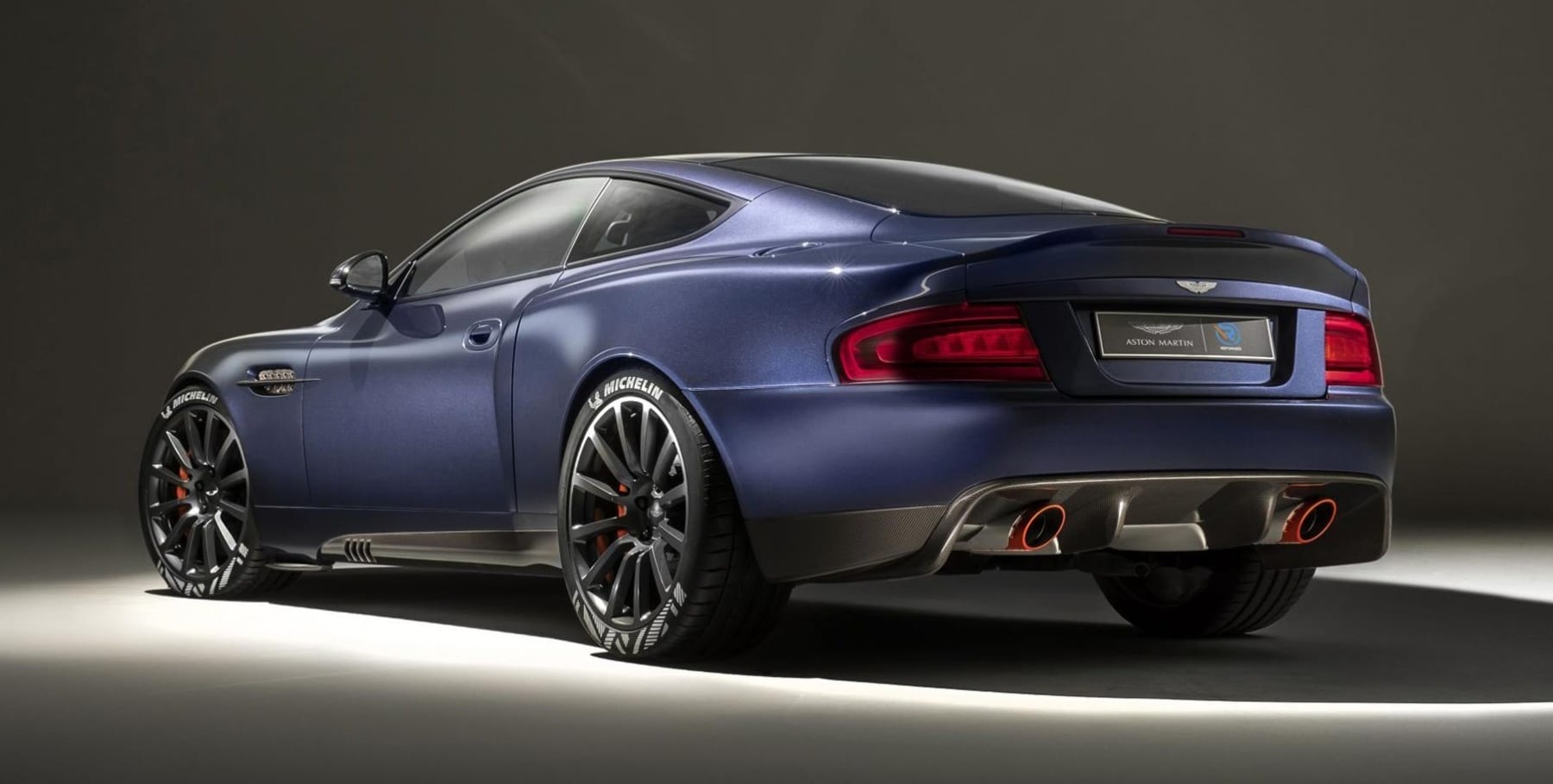 If you bring in your own Vanquish or have them find one for you, it will be a nearly all new car when you get it back. The 5.9-liter V12 will get reworked to produce 580 horsepower and you can pick from a manual conversion or a six-speed torque converter automatic, or the original automated manual gearbox if you still want it. The car is being prepared by R-Reforged of AF Racing AG, the ones who run Astons in DTM currently, so it’s the real deal in terms of performance. 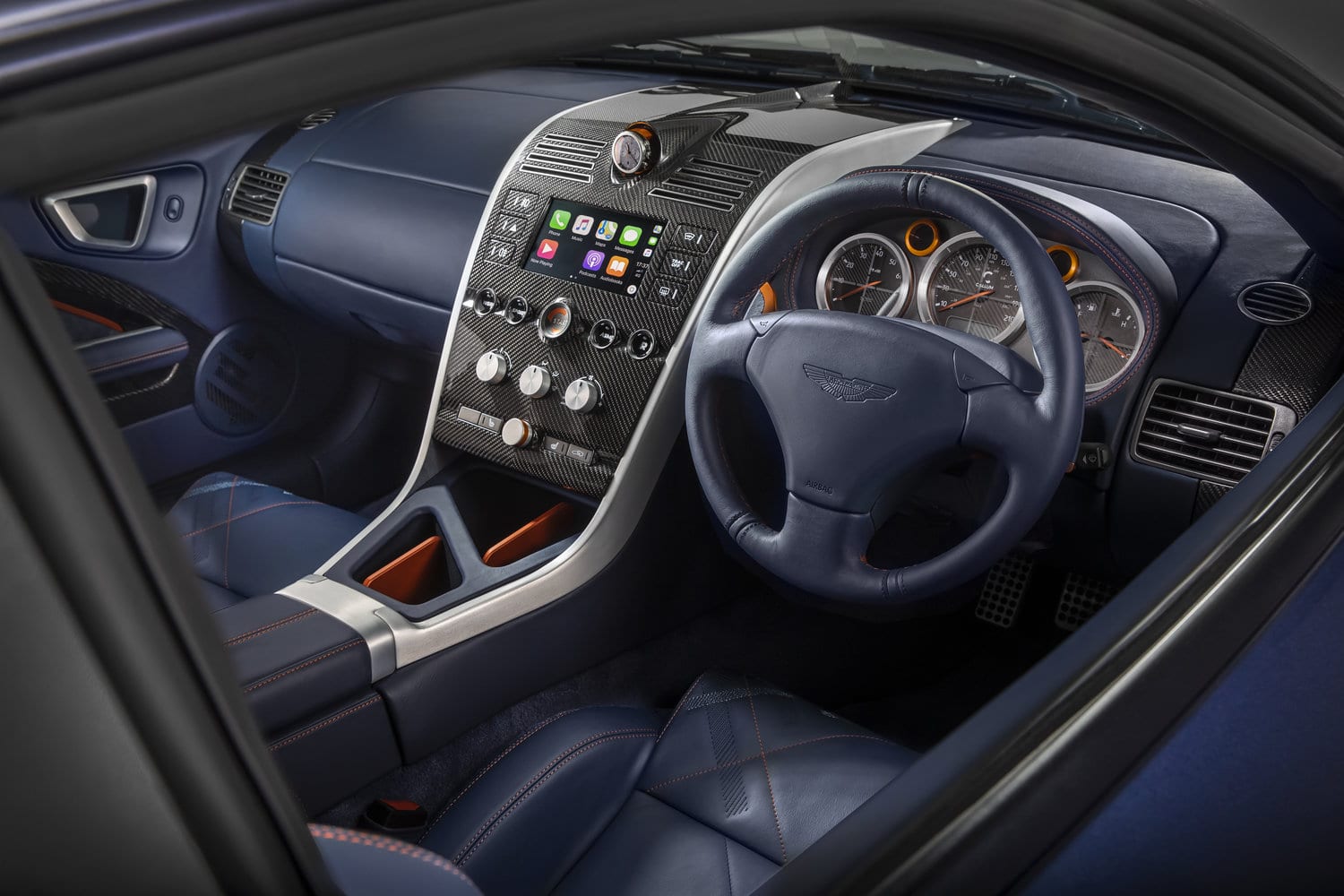 As for things that Callum is responsible for, it wears new carbon fiber bumpers front and rear which slightly alter and modernize the look but not to an extent where you can’t recognize it. The car is lowered slightly as well and rides on new 20″ wheels that look similar enough to the originals. They’re wrapped in what I think are Michelin tires, not sure. The interior gets a big overhaul of its own as well. Everything inside is leather or carbon fiber – no plastic here. They even added a little touch screen in the middle with Android Auto and Apple Car Play integration which automatically makes it modern. Besides the orange accents, tire decals, and the seemingly out of place media screen, this is a promising sign of things to come from Callum. I, for one, and glad we haven’t heard the last of him. 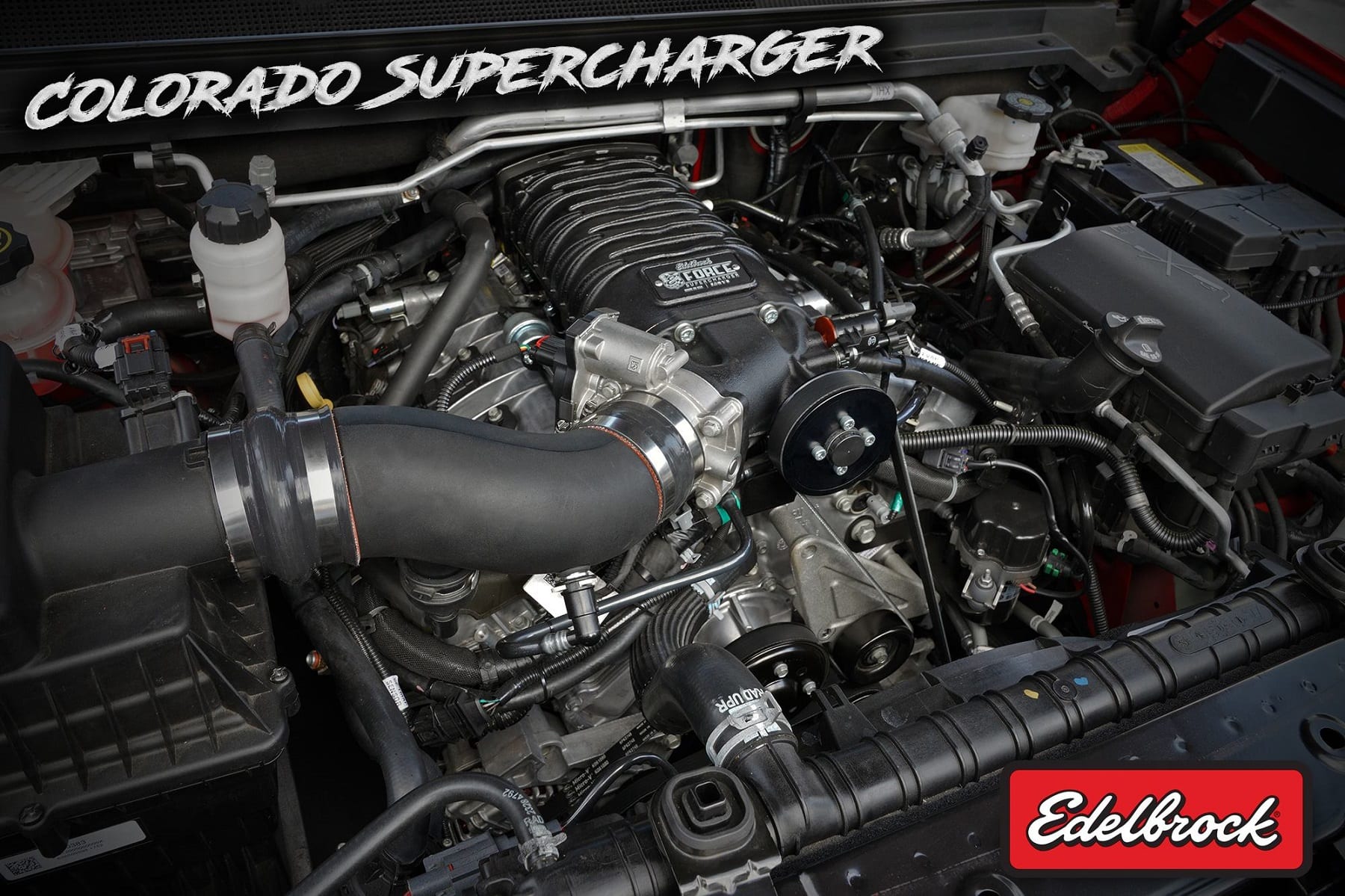 With midsize trucks becoming more and more popular among buyers, the aftermarket is responding with new ways for owners to get more out of their vehicles. Edelbrock, a well-established manufacturer of aftermarket performance parts you may have heard about, is jumping on the hype train with a new bolt-on supercharger kit for the 2017 and up Chevy Colorado and GMC Canyon equipped with the HFV6 engine.

Because the midsize truck owners need some love too, this supercharger kit is good for at least a 24% boost in power over the stock engines. That equals 345 horsepower and 306 lb.-ft. of torque, a gain of 71 horsepower and 70 lb.-ft. of torque, and that’s just on the 50-state legal tune. If you wanted your Colorado ZR2 to go after the Hennessey VelicoRaptor Ranger with its 360 horsepower, that’s likely just a tune away. The unit features an Eaton R1740 rotor assembly with an integrated air-to-water intercooler core and front-mount heat exchanger. The supercharger is powder-coated black to blend in with the standard engine bay.

With two major players in the aftermarket performance industry taking the V6 mid-size pickups seriously, we’re hopeful to see them continue to push the envelope in this growing segment.