Welcome to the Hooniverse News! As always, this is a weekly recap of the biggest stories in the automotive industry without the fluff or bull. This week, Porsche details a remarkable endurance run with the Taycan and shows off its interior, Hyundai teases a hotter version of the i30 N, Aston Martin begins testing the Valhalla at Silverstone with the Valkyrie, Formula 1 gives us a glimpse of the 2021 regulation car, I think Audi did something big with a wagon or something, and your automotive news!

They put fake exhaust tips on the thing to make people think it’s a Panamera, while literally having the name of the car on its ass

Since the day Porsche first began talking about the upcoming Taycan, their first all-electric production car in company history, Porsche had been swearing up and down that the Taycan would be a true Porsche in both performance and spirit. They promised exceptional performance that could be repeated consistently without overheating and going into a limp mode, a problem which plagues high performance EVs. With its September 4th world premiere around the corner, they performed an endurance and hot-weather test with results that sure seems to have confirmed they weren’t full of shit.

Porsche took a pre-production Taycan prototype to the Nardò high-speed track in Italy and put it through a 24-hour endurance run. The car only had to stop for fast charging and driver changes but ran continuously at speeds between 121 to 136 mph. As the clock finished its second go-around, the Taycan had done 2,128 miles. Now math was never my strong suit, but I’d say that calculates to an 88.66 (repeating, of course) mph average. That’s taking charging times into account, though they were using Porsche’s 800-volt charging stations which won’t be available everywhere. But it did all this while ambient temps peaked at 107°F and track temps reached 129°F.

Porsche says the key to the Taycan’s consistent performance and fast charging times comes down to that 800-volt power system. It was the same technology used in the 919 Hybrid while it won Le Mans three times in a row and is now making it to production. Side note: I was at Petit Le Mans in 2010 when Porsche ran a special hybrid 911 RSR in the race, which served as a foundation for the 918 Spyder and later the 919 Hybrid. It’s taken a while, but tech that was once reserved for prototype race cars is now coming to production. And it’s really cool to see. 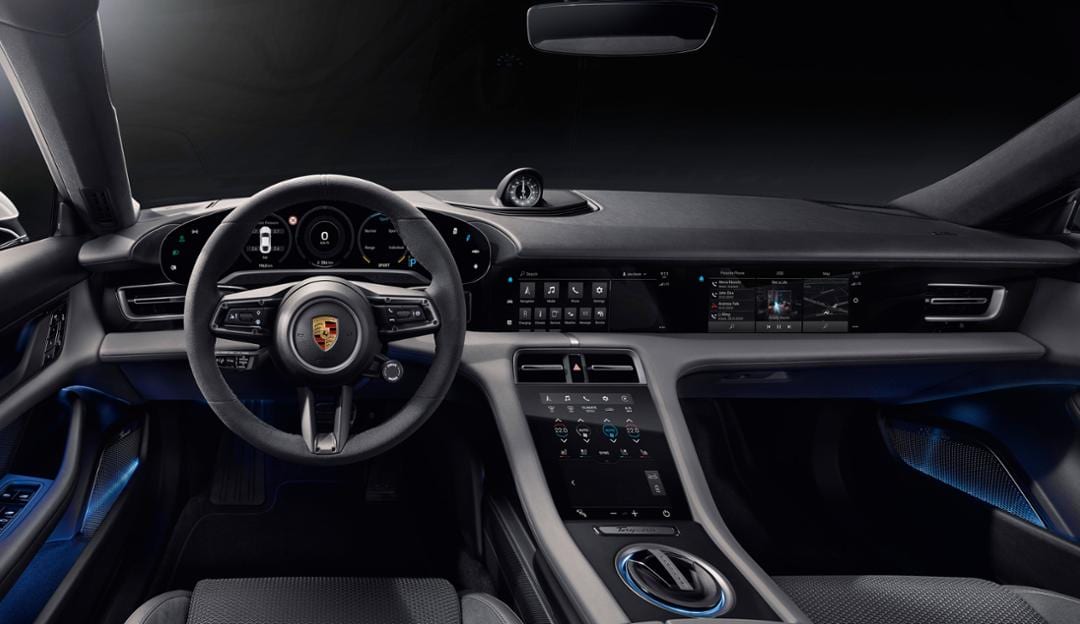 But this impressive endurance run isn’t the only thing Porsche has talked about this week. They’ve also revealed the Taycan’s production-ready interior. It’s similar in shape and style, but dramatically different in a few ways. The displays are all glass as could have been predicted and the information on screen can be configured for the driver. The modes are:

Touch screens are all the rage these days so that’s pretty much all there is. Traditional hardware has been greatly reduced inside and there’s even an optional passenger screen for good measure. Everything is designed to be as intuitive as possible can responds to touch and voice control, which is handy if you’re on a bumpy surface. If you don’t have touch screens in cars yet, try changing something while on a crappy road. 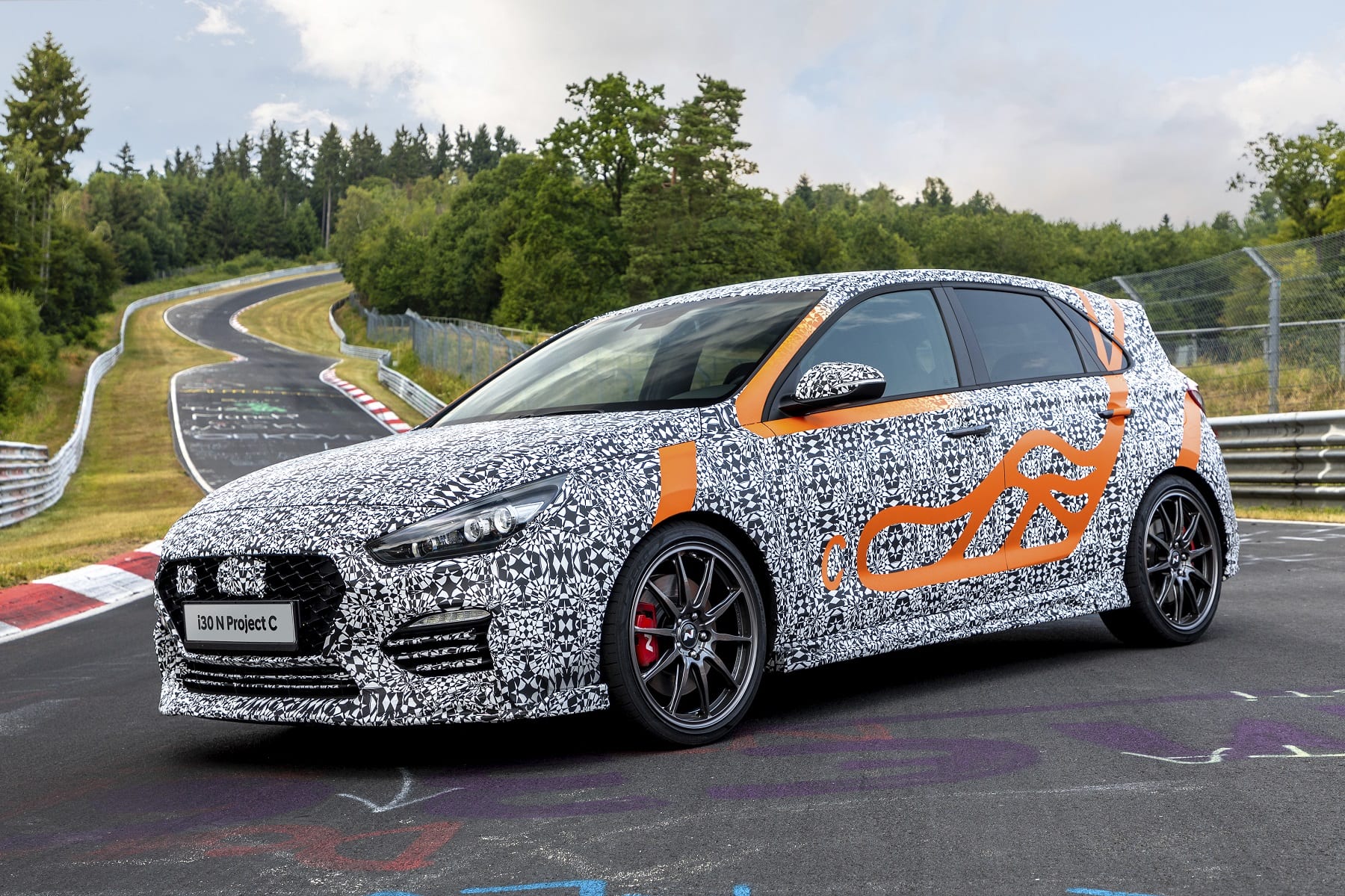 Hyundai has teased an ultimate performance hatchback ahead of the Frankfurt motor show next month that will see production as a limited edition. It’s the i30 N Project C, a lighter, lower, more agile version of the i30 N that’s been making a name for itself in Europe. The name is inspired by “Area C” of Hyundai’s high-performance vehicle testing and development track at Namyang R&D center in Korea. There isn’t much else to say about the car right now besides that they’ve even cut out some of the camo to reflect the layout of the track, which is neat. We’ll see how hardcore Hyundai N can get in a few weeks. 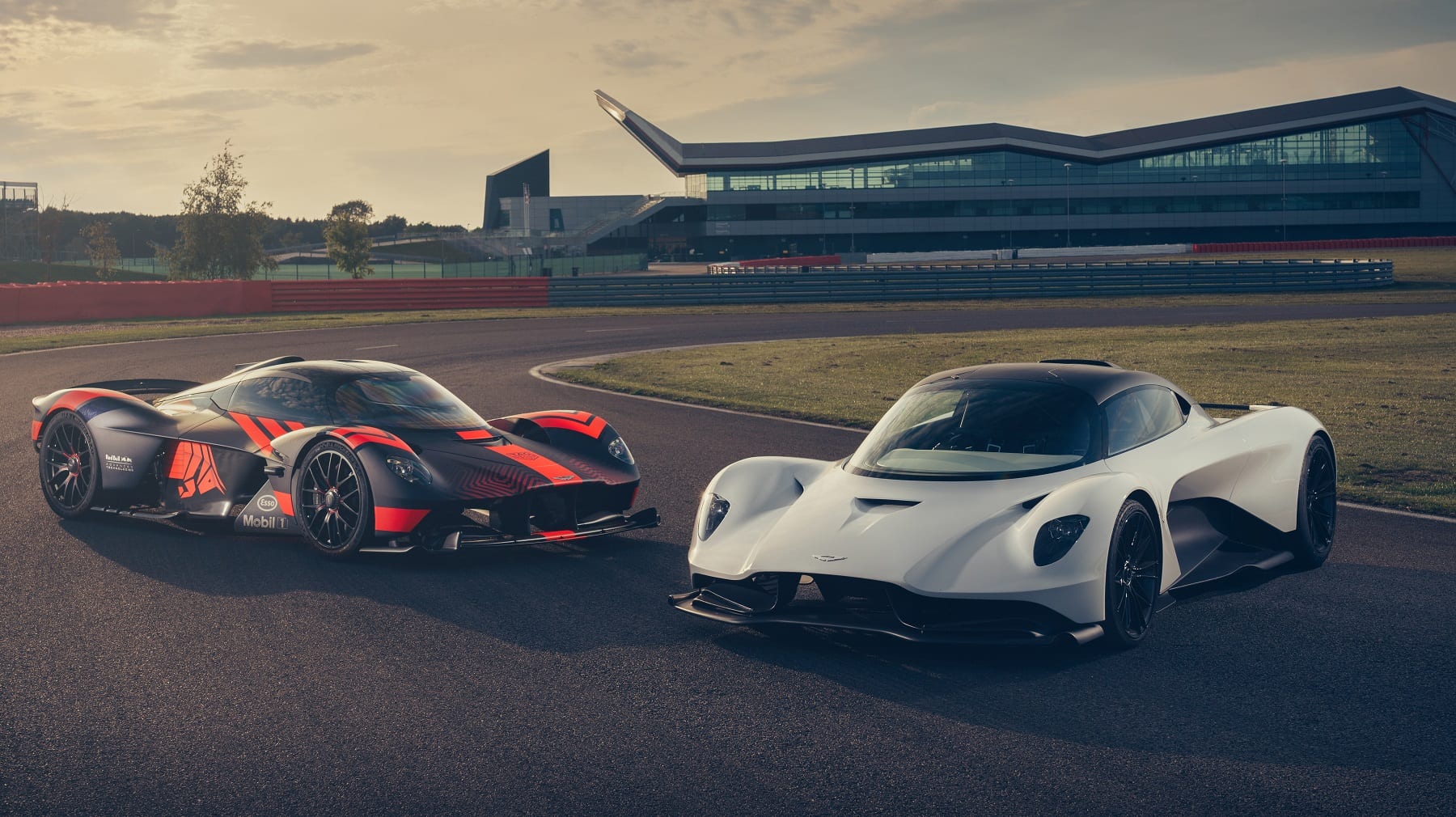 In news that matters to no one but is still kinda cool anyway, Aston Martin has begun testing their latest sports car, the Valhalla, at Silverstone alongside the Valkyrie. It’s still a good ways away from being released to the public so details are limited. But we do know that it will be powered by a bespoke twin-turbo V6 of Aston’s own making and practically be a “baby Valkyrie” in terms of its styling and aerodynamic efficiency. The Valhalla is using many of the same lessons that Adrian Newey from Red Bull Racing taught them and then some. Between that and whatever engine they’re cooking up, Aston claims this will surpass figures shown in today’s hypercar world. It looks like a concept but they’re producing 500 of them. This new Aston Martin is pretty good. Anyways, here are some pretty pictures. 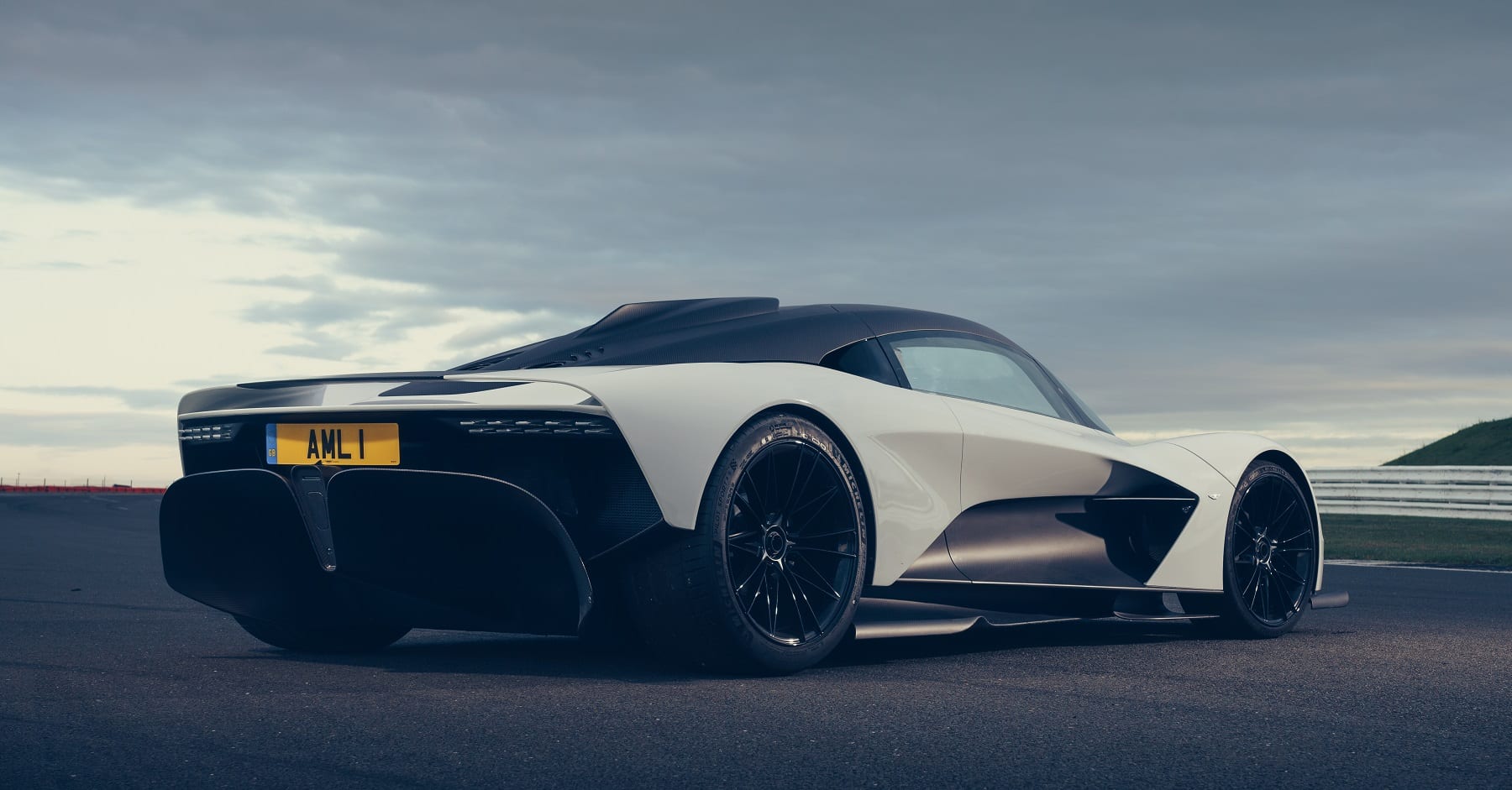 I don’t talk about F1 on here very often, in fact very rarely, but this one was worth covering. Formula 1 and the FIA have a dramatically different rules package in development which would take effect in 2021. Rumors, renderings, and arguing ensued basically the microsecond it was first announced. But yesterday Formula 1 finally gave us a good look at what’s coming.

In this video taken from a Sauber wind tunnel, we get to see a scale model of a hypothetical 2021 F1 car sporting all of its new features. The main focus is on the aero department, since the current cars are notoriously difficult and unstable in the draft which means less interesting racing than there should be. A number of improvements were made to address that and wind tunnel tests show a huge improvement in how cars react to slipstream. The video goes over some of those tricks and briefs over the new 18″ wheels with aero covers and low-profile Pirelli tires that the cars will be running with. That’s the one change which seems to be the most controversial. Otherwise, things are looking up for the 2021 Formula 1 season. Maybe.

Some Audi news I guess 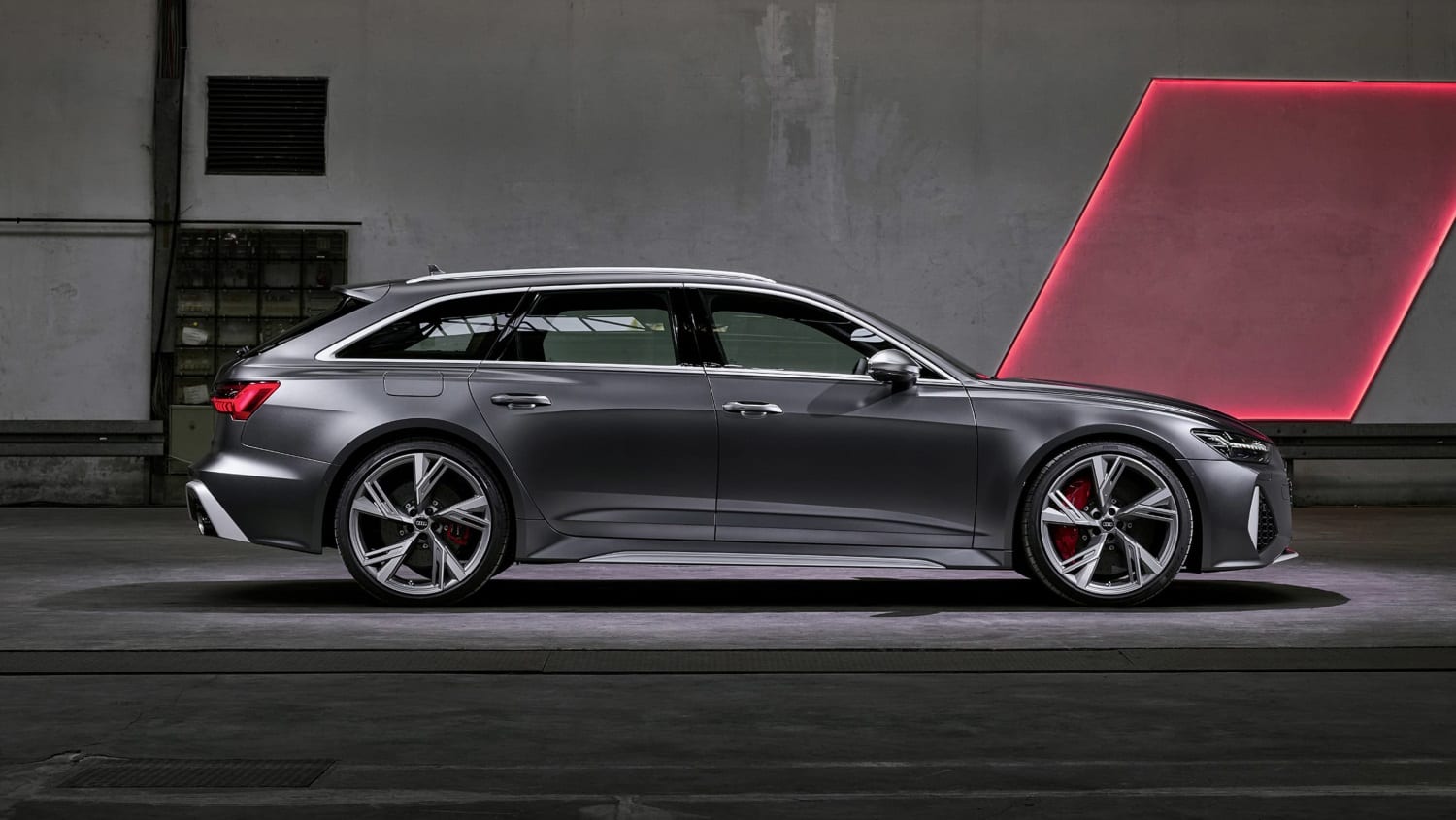 Did some big Audi news happen? I don’t know, something about a wagon coming to America? Nobody here buys those anymore. But if you wanna read up on it, check out Kamil’s coverage and wrong opinions and Jeff’s correct opinions and get edumicated.

Also, if anyone is coming to the IMSA race at Virginia International Raceway this weekend, hit me up! I have moonshine that I think Kamil liked one time.