Ten years ago, I was driving a 1992 Lincoln Town Car, a hand-me-down from my mother-in-law less than a year earlier, and a 2002 Ford F-150 Super Crew. I was about to end a twelve-year-long hiatus from motorcycles, during which I had devoted my spare time and workshop space to a trio of older, two-stroke personal watercraft. I have been a car guy since childhood, and in 2009 I frequented a clubby little website named Jalopnik daily. I became well-acquainted with the cadre of “commentariat” regulars. During a period when Jalopnik was a train wreck experiencing growing pains, a couple of those regulars took matters into their own hands and disappeared to start their own website, catering to their own vision of what was cool and interesting in vehicular journalism.

I’ve been around here for most of Hooniverse’s history, having penned my first article less than six months after the site’s debut. I was familiar with Jeff and Tim, plus a few of the other original Hooniverse authors, from our time together over at The J Word. I submitted an article, which Jeff published, and since then I’ve authored more than 640 articles for this site—some of them even readable. A sizable number of those are Two Wheel Tuesday posts. However, I was also allowed to write about cars, even though my experience with and knowledge of them is nowhere near as in-depth as the others I’ve shared this corner of cyberspace with. Some of my favorite recurring series have been:

About four years ago, I got the go-ahead from Jeff to create a new motorcycle-oriented podcast under the Hooniverse brand. We put out a casting call and selected Eric Trytko and Garrett Michael to be my co-hosts. Since then, the three of us turned out to be a great mix, and we’ve become genuine friends. I’m really proud of the 93 episodes we’ve created so far. We switched from a weekly to monthly schedule a couple years ago, but the False Neutral podcast is still going strong: last man standing among the four podcasts that at one time made up the Hooniverse Podcast Network.

Early in my tenure here, I declared, “I am not a wrench.” I love repairing and modifying vehicles, but I didn’t come from a family of “car guys,” and despite working in the motorcycle industry while putting myself through college—and owning my share of decrepit old bikes along the way—I never really had the tools, training, and experience to work on vehicles very effectively. Ten years ago, rebuilding a small 2-stroke single was at the far reaches of what I could accomplish. I didn’t even own a drill press. Since then, I’ve acquired an 8” x 18” lathe, a TIG welder,  a spoolgun MIG, a “real” air compressor that can run pneumatic tools, and lot of those important little things such as step drills, end mills, grinders, reamers, etc. Of course, buying welding equipment makes you a welder in exactly the same way that buying a violin makes you a violinist. Yet, today I can comfortably tackle a great many fabrication tasks that I wouldn’t have dared to attempt a decade ago. Along the way, I took on two project bikes; one, a little Honda, I recently finished and subsequently sold. The other—a mongrel bike named Bultakenstein that I have been building from salvage parts for the past eight years—I just recently drug back out of storage. Watch for a Project Car State Of The Union update sometime. 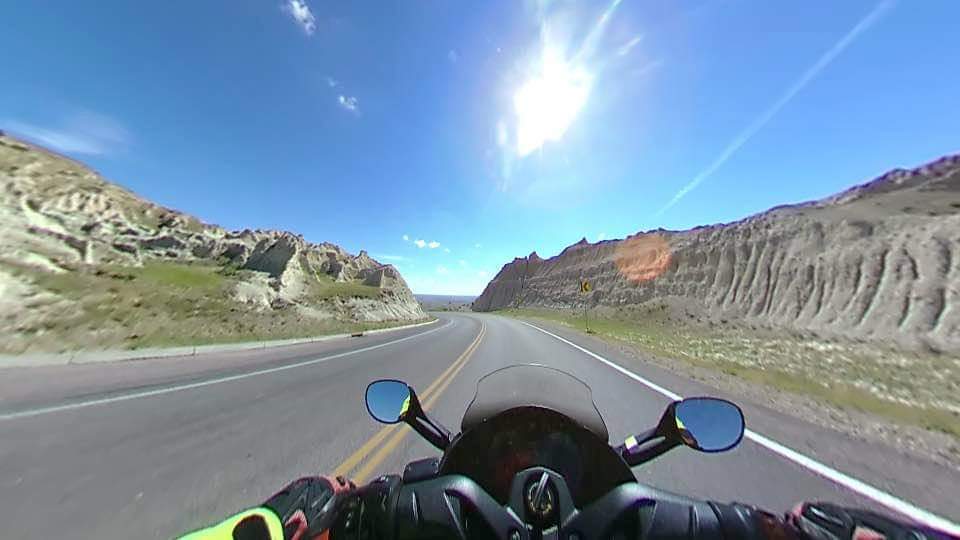 The “Town Cow” went away, and soon after I found a mint, low-mileage 2011 Suzuki Kizashi GTS Sport with a 6-speed stick. It was a killer deal, and it has been my daily driver for four-and-a-half years. It might not be a high-end sports car or a megabuck luxury vehicle, but I still love driving it. It makes even my back-and-forth-to-work trips rewarding, and I still turn around and look at it as I walk away. I think I got a killer deal on an overlooked gem.

I got back on two wheels in early 2010 and migrated to a Can-Am Spyder three years later. If you haven’t tried one, don’t knock it; it’s definitely not a motorcycle but it’s a supremely fun experience all its own.

Just this past summer, the old F-150 went away, replaced by a brand new 2019 Lariat SuperCrew. It was the first time my wife or I had ever custom-ordered a vehicle from the factory equipped with the exact options we wanted. Frankly, it’s glorious, and we’re having a blast in our new truck.

Hooniverse is special because of the people here, both the writers and the commenters. I have enjoyed a great online connection to lots of Hooniverse contributors, starting with Jeff and going right down the line to Cam Vanderhorst (formerly a host of the Cammed & Tubbed podcast), whom I now consider a close friend. But it goes beyond just virtual friendships. I’ve been able to meet many of the Hooniverse community in person, including Skitter and Olelongrooffan; I even spent a day sightseeing in London with our UK correspondent Chris H— …er, Gianni Hirsch. However, it’s my local Kansas City hoons that I am most closely connected to. Since Alff and I first met seven or eight years ago in response to an article I wrote, he’s become a regular weekday lunch partner, often joined by a rotating cast of other Hooniverse regulars.

Unquestionably, the best outcome of my time here has been the personal relationships I have been able to develop as part of Hooniverse.