Lamest Classics: A Cleveland-based voice actor is more interesting than the 1995 VW Passat

Welcome back to our biweekly exploration of cars that are now 25 years old, and therefore eligible for classic tags in most U.S. states.

The revolutionarily simple Beetle brought a reputation for reliability to the Volkswagen brand.

It was different. It was clever. It was affordable.

But there’s no nice way to say it: By 1995, the long-in-the-tooth VW Passat had been helping take that all away.

I know we’re only a few cars in so far, but this is the first car in Lamest Classics that I haven’t been able to find at least a few of for sale near me. And this isn’t even a reputationally terrible car like the Hyundai Excel. I’m fortunate to live in Florida, where terminal rust is rarely a reason to put a car down, so the Passat’s absence from Craigslist and Facebook Marketplace is at least a small indicator that they’ve succumbed to costly mechanical failure. More on that in a bit.

Don’t get me wrong: VW was doing a lot of things right. If you bought one of these new, as the buff rags would tell you, you’d get a reasonably quick family sedan that had impeccable handling and superior fit-and-finish inside. VW had real punching-above-its-weight stuff going on even if it didn’t win on outright power. It had sophistication.

But the Passat wasn’t exactly top of the tier even if it was the flagship “big” Volkswagen at the time. The 2.8-liter narrow-angle V6 made a healthy 176 horsepower but returned miserable fuel economy: With the automatic transmission, the Passat pulled a measly 18 mpg combined. That’s Cash for Clunkers territory. I wonder if some of these engines suffered the same sodium silicate heat death as so many rusty Explorers and V8 Auroras. 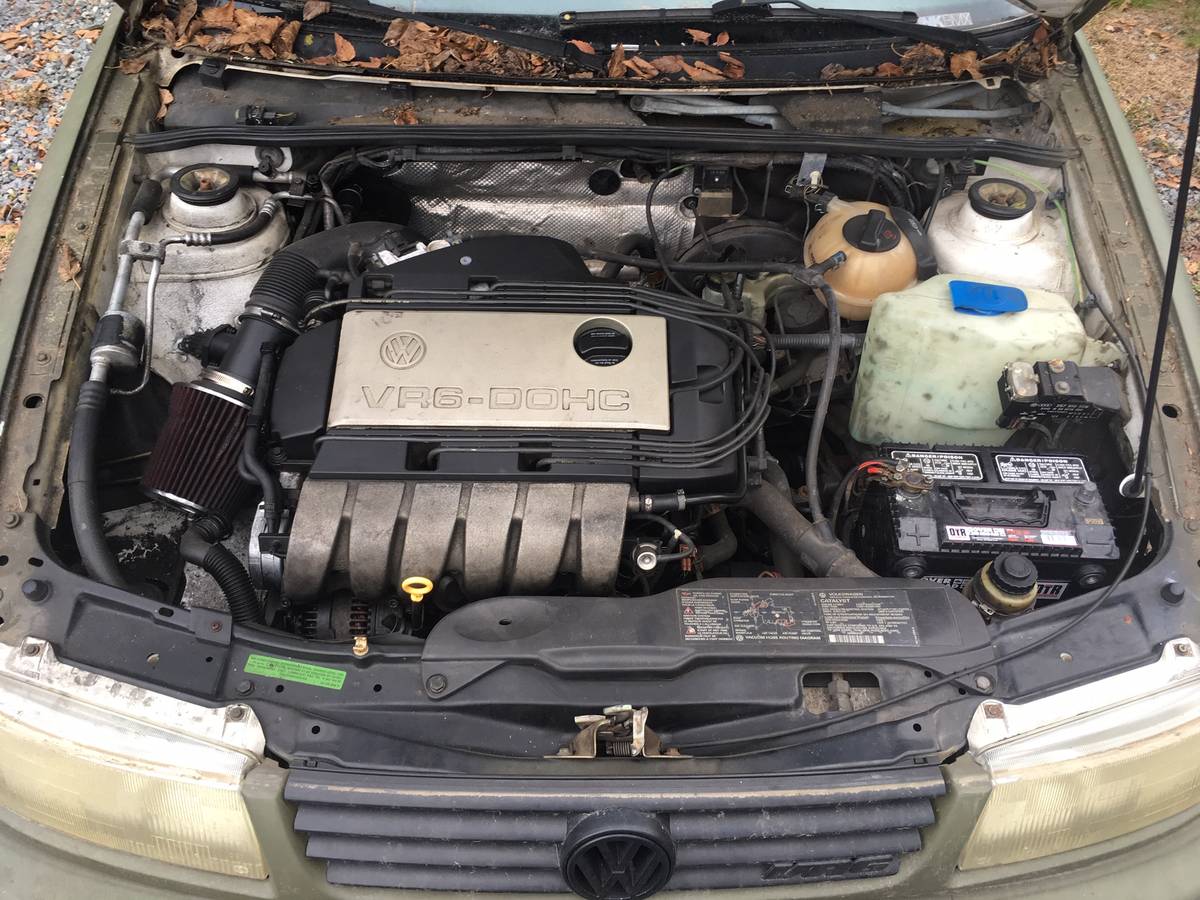 The V6 Passat wasn’t even very quick, especially with the automatic transmission — and you might be able to outrun the 4-cylinder Passat with a lowly Toyota Tercel. If you wanted a fast Vee-Dub, you’d get the not-lame-classic Golf GTI: Same engine, but nearly 400 fewer pounds to lug around. And, as I alluded to above, the Passat was older than its siblings. The B4 platform was just a facelift on the B3, which dated back to 1988; VW just gave it a big makeover and thankfully ditched that weird no-grille look around ‘93.

And they were garbage.

Even in 2005, when these weren’t particularly old, VW fanboys would gather on internet forums to say this was the “Best car I’ve ever owned,” and then, without any sense of irony, rattle off a series of frequent problems: “Door handles need to have a roll-pin re-seated every few months, window regulators need replacing, the cup-holder is an engineering disaster, changing the oil filter is a pain in the butt.”

Maybe this is one of those cars that makes the distinction between “durable” and “reliable”? 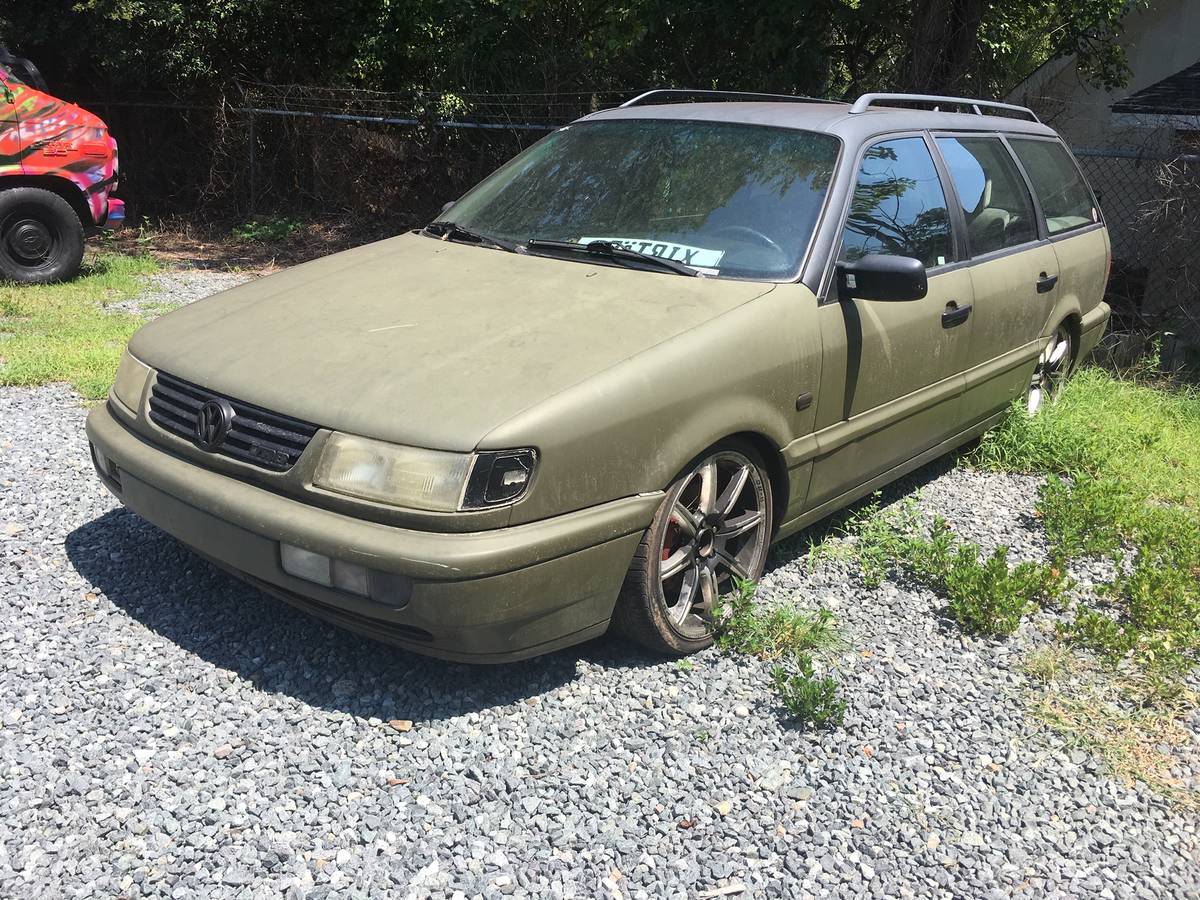 This rattle can-green stance-trash station wagon is literally the only Passat from this era that I can find for sale within 500 miles of me, (go here if the link disappears) and it’s a clapped-out, bring-a-trailer project car that needs everything. Even the stuff that works comes with provisos and quid-pro-quos: “Door handles do work. (rear hatch has to be opened from the inside)” and “Starts up and will move on its own power. I would not recommend driving it until the oil /coolant leaks have been addressed. Will need to be TOWED.”

You might say that maybe there are no more B4 Passats because there weren’t as many sold as, say, Chevy Cavaliers, but I counter with the Mercedes-Benz C280. There were 14,000 Passats sold in the U.S. in 1995. In that same year, the entire Mercedes C-class sold 27,000 units, but I can find 10 times as many of the hottest C280 (and many more C220s) for sale in the same radius that I find just 1 Passat. The Benzes are in much better condition, too. That suggests a much higher attrition rate for the VW, and/or a worse long-term ownership value ratio.

Attrition rates, value ratios, radii, units sold… Am I losing you? I feel like I’m losing you. Watch the video above and then I’ll give it one more g– waaaaaait. Wait a minute. Wait. Just. A. Minute.

It’s him! He’s the guy! He made an update to the classic Turbo Encabulator video! And now we all know that he’s Mike Kraft, exactly the kind of one-take professional talent you want for all your industrial training videos, though he’d prefer to be doing mostly voice-over work these days. He has, smartly, registered retroencabulator.com for himself, but appears to not have updated it in more than a decade.

On his aging website, you can find video and audio samples of his work, testimonials, the agencies he works with, and a section on his writing (still awaiting content). He even created the Mike Kraft soundboard, using Shockwave Flash (so it probably doesn’t work on your smartphone). You can hit all those buttons to hear him say things and make goofy noises!

Jesus. Alright. Sorry. Where was I? 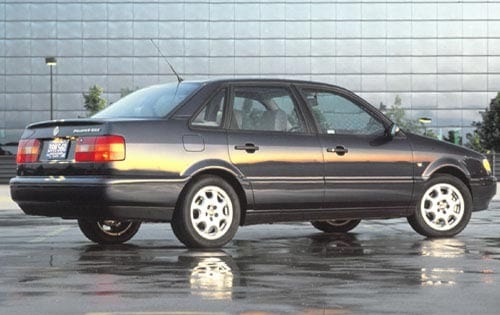 It’s a lesser vehicle. Yeah, sure, you could get a wagon version with a V6 and a manual transmission. That combination is thrill-bait for internet enthusiasts who would insist that it’s absolutely a Legitimate Classic. But for the $700 you could spend on a nightmare project Passat, you could probably get Mike Kraft to record the outgoing message on your voicemail. He doesn’t have the public-radio prestige of Karl Kassel, but it’d certainly be more exclusive. Plus, Kraft doesn’t sound nearly as old.

I know, I know. Nobody answers the phone anymore. But telemarketers and telephone scammers have a pretty awful, tedious job comprised of hour upon hour of continuous rejection. You, through a relatively small expense, could provide countless phone jockeys with a few seconds of peace and joy in their workday with the soothing tones of Mike Kraft saying something a little more elaborate than, “Alright, *Trumpet noises*, I’m not gonna read this,” or whatever other combination you want to make by hitting the buttons on his soundboard.

Whatever you have him say, I guarantee you the experience would be way less lame than a mid-size VW sedan. Indeed, unlike a classic Passat, I think it would be money well spent.