Apparently Toyota Venza TRD is gonna a be thing…

At some point in recent years I suggested to some Toyota representatives, possibly after a few drinks, that they should “TRD all the things!” Because why the hell not, right? I was really impressed with the 4Runner TRD Pro*, which came along at the same time as Tacoma TRD Pro and Tundra TRD Pro. I must admit I didn’t really feel that last one but whatever, TRDing everything can’t be a bad thing, right?

Next model to be TRD’d was the large and aged Sequoia which was the first PRD Pro model to kind of made me cringe. Then came the RAV4 TRD Off-Road, which made me pause but I kept an open mind. But then things got weird when Toyota introduced the Camry TRD and Avalon TRD. Now, I have not driven those two vehicles but I would question the TRDness of them. They’re both rather big front-wheel-drive sedans and there is only so much you can do to them to make them sporty.

Recently Toyota announced the return of the Venza. Like in previous years, the Venza will be a mid-size, two-row CUV and it will come exclusivity with a hybrid powertrain and AWD. Sounds like a great vehicle for empty-nesters who are looking forward to retirement. But this is where things are getting really weird and I wished that I never said anything to those Toyota reps who apparently thought I was brilliant. 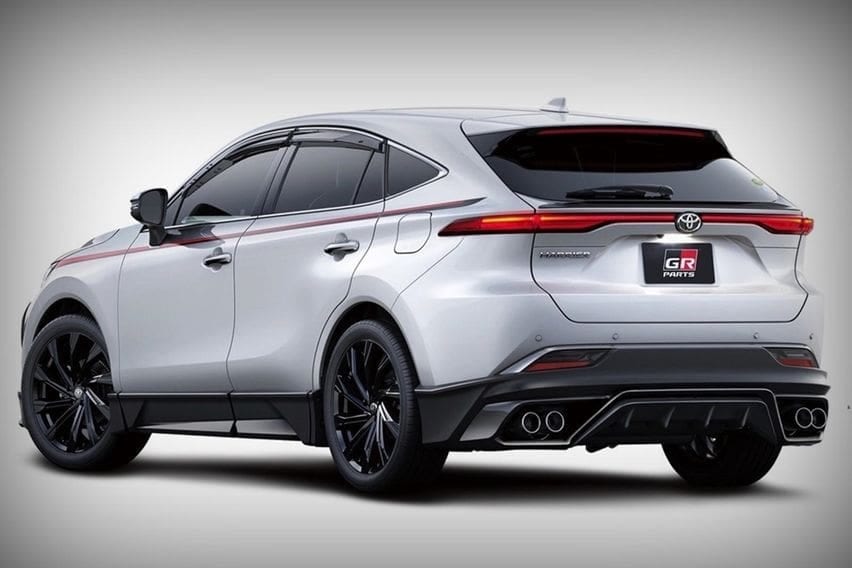 The Japanese version of the Venza is called Harrier. And, I shit you not, Toyota just introduced the Harrier GR, also known as TRD. It’s got black 20-inch wheels, four exhaust tips, sporty-ish(?) body cladding, and is generally an angry looking version of an otherwise docile SUV.

Good God, what have I done!? Why are these people listing to me!? Why haven’t I just asked for an eight-speed transmission in the 4Runner and call it a day? I am petrified of this and I am actually fearing for my safety now.

*I reviewed the 4Runner TRD Pro for TTAC. But since TTAC won’t link to Hooniverse, even when they specifically mention us, I won’t link back to them.