Aging is a funny thing, once you’re old enough to afford certain things or experiences, you’re often too old to enjoy them. Of course age is only a number, and that’s a good thing for the 2020 Toyota Tundra. I’ve reviewed several trim levels of the most recent Tundra over the past few years, including the Platinum and 1794, and not all of them were positive. I found that the Tundra was lagging way behind other half-ton pickup trucks like the Ram 1500 and the Ford F-150. We even asked you, dear readers, to give Toyota a roadmap for the new Tundra. That was almost a year ago. Fast forward to today and we’re still a year away from a new Tundra. So, the big question is, does a cool off-road focused TRD Pro trim package make any difference for 2020? Or is the Tundra too far from fighting shape to compete. Let’s find out.

The term “tundra” comes from the Russian word тундра (tûndra) meaning “uplands” or “treeless mountain tract”. It is an area where the “tree growth is hindered by low temperatures and short growing seasons”. The Toyota Tundra has certainly not had a short growing season. The current truck is still part of the Tundra’s XK50 second generation that started way back in 2007! Even with a refresh in 2014, the Tundra is still in the geriatric part of the Toyota showroom.

The TRD Pro technically sits right near the middle of the Tundra lineup, with a starting price of, well you can read it.

It comes standard as a 4×4 and is only available with the big 5.7L aluminum “i-FORCE” V8. Aside from 18″ black BBS wheels, a TRD exhaust, plus a bunch of badging that says “TRD Pro”, you’ll also get some off-road focused stuff like a TRD front skid plate, TRD Pro front and rear TRD FOX shocks with remote reservoirs and three stage compression damping.

How does it drive, we’ll get to that in a bit, plus we’ll see how it compares to some of the competition. 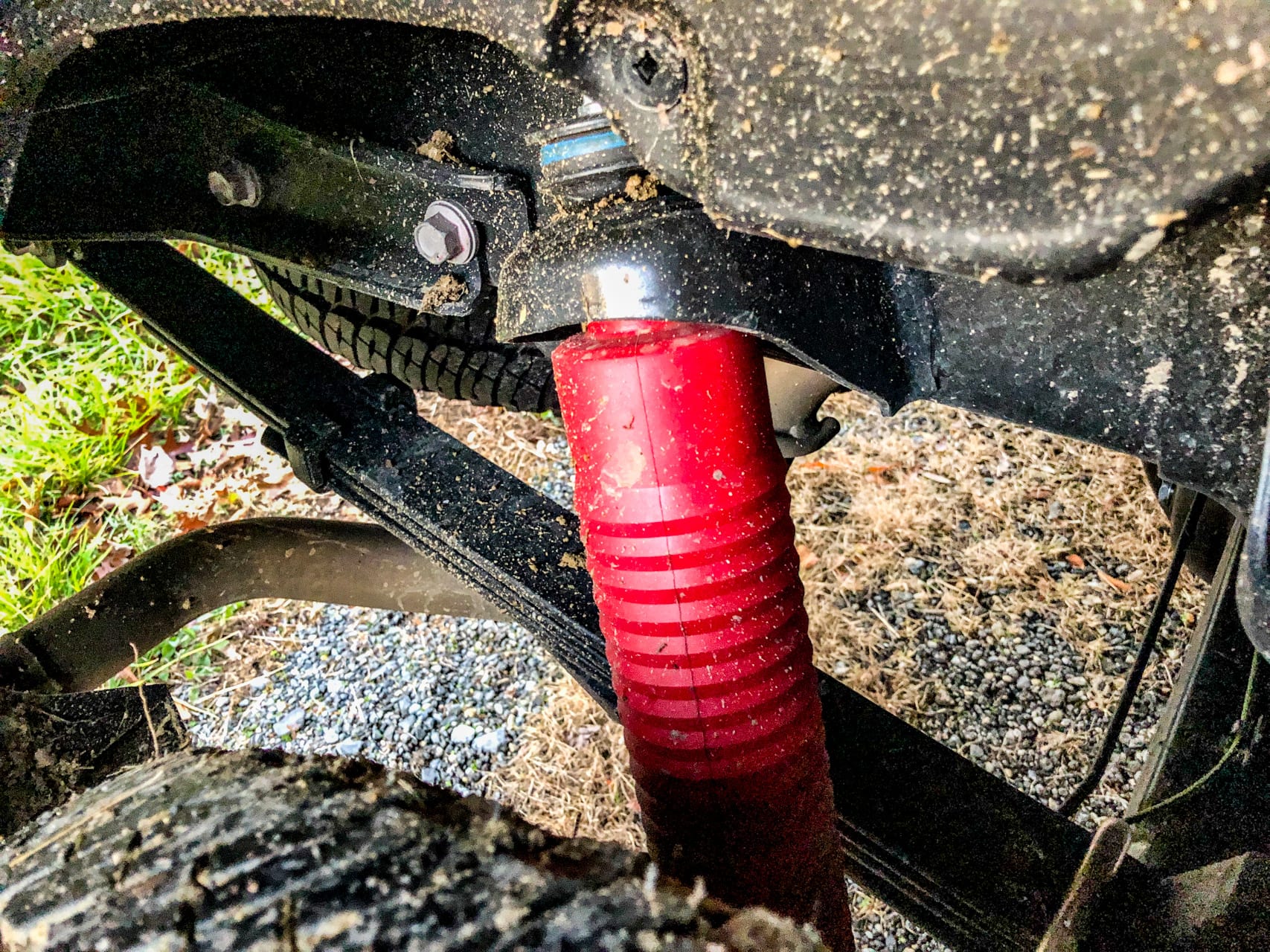 So the Tundra TRD Pro is a $50K’ish truck with off-road intentions, got it. Does its aging platform take away from the overall experience? In a word, not quite as much as normal. Wait, that’s like six words. The previous iterations of the Tundra that I’ve driven were intended to be luxury-focused, and it was a big fail. The Platinum and 1794 both had some nice details on the interior, but in the end many of the materials on the interior felt cheap and dated. The TRD Pro isn’t drastically different, but it’s the intent that helps lift this trim above the rest of the lineup. Instead of trying to be a luxury vehicle, it feels purpose-built to be utilitarian and cool.  More Wrangler than King Ranch. 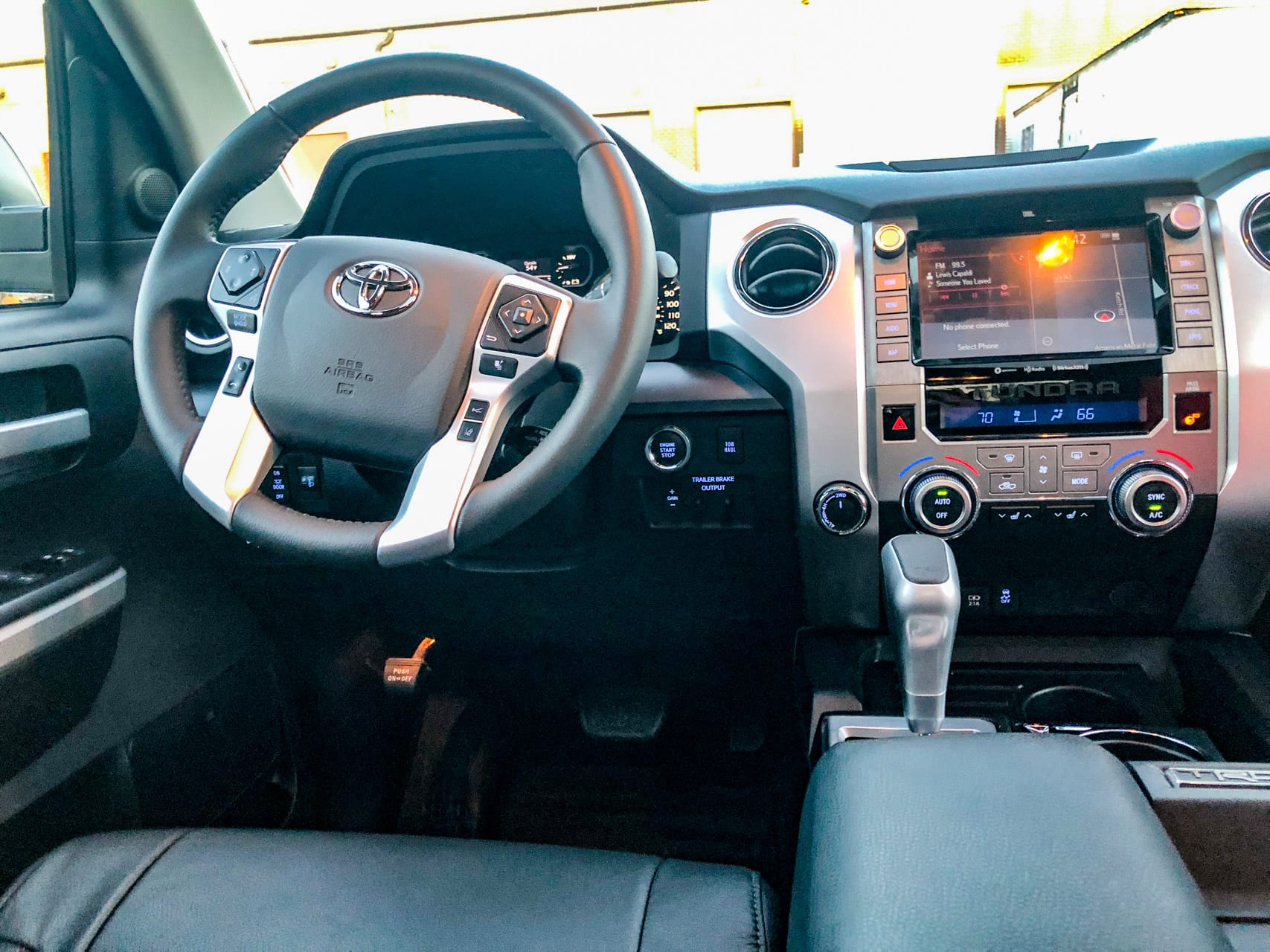 The big chunky knobs are easy to use and even with the TRD hardware underneath, it was pretty comfortable on the daily commute through D.C. potholes. The seats are a bit wide and non-bolstery, clearly aimed at fat Americans. The red stitching and TRD Pro logo are cool though. The CrewMax adds about $4,275 over the Double Cab but I found the extra room in the back to likely be worth it.

The 8-inch touchscreen is solid, but the Toyota infotainment system is showing its age. Apple CarPlay infuriated me to no end – as soon as I plug my phone in via USB, the system turns off the SiriusXM station I was listening to. Then I had to press a series of buttons to get back to what I was listening to each time. It’s a “feature” that happens on most new cars that I test, so that’s not necessarily on Toyota. At least the Tundra has real buttons to help navigate back to where you were. (possibly defeatable -KK)

Outside, the TRD Pro looks fantastic. Gone are the cheesy chrome accents and full-size truck schlock that you find on most big trucks. It looks cool and mean at the same time, especially in Army Green paint with all the black accents. It’s more than ready to do a tactical entry into the Target parking lot. I lost count of how many TRD badges and logos there were, it’s a lot. And it will always remind you that it’s a TOYOTA with the logo emblazoned on the front. Thanks Raptor, you are squarely to blame for this. The TRD Pro also has LED headlights and some cool Rigid Industries LED fog lights. 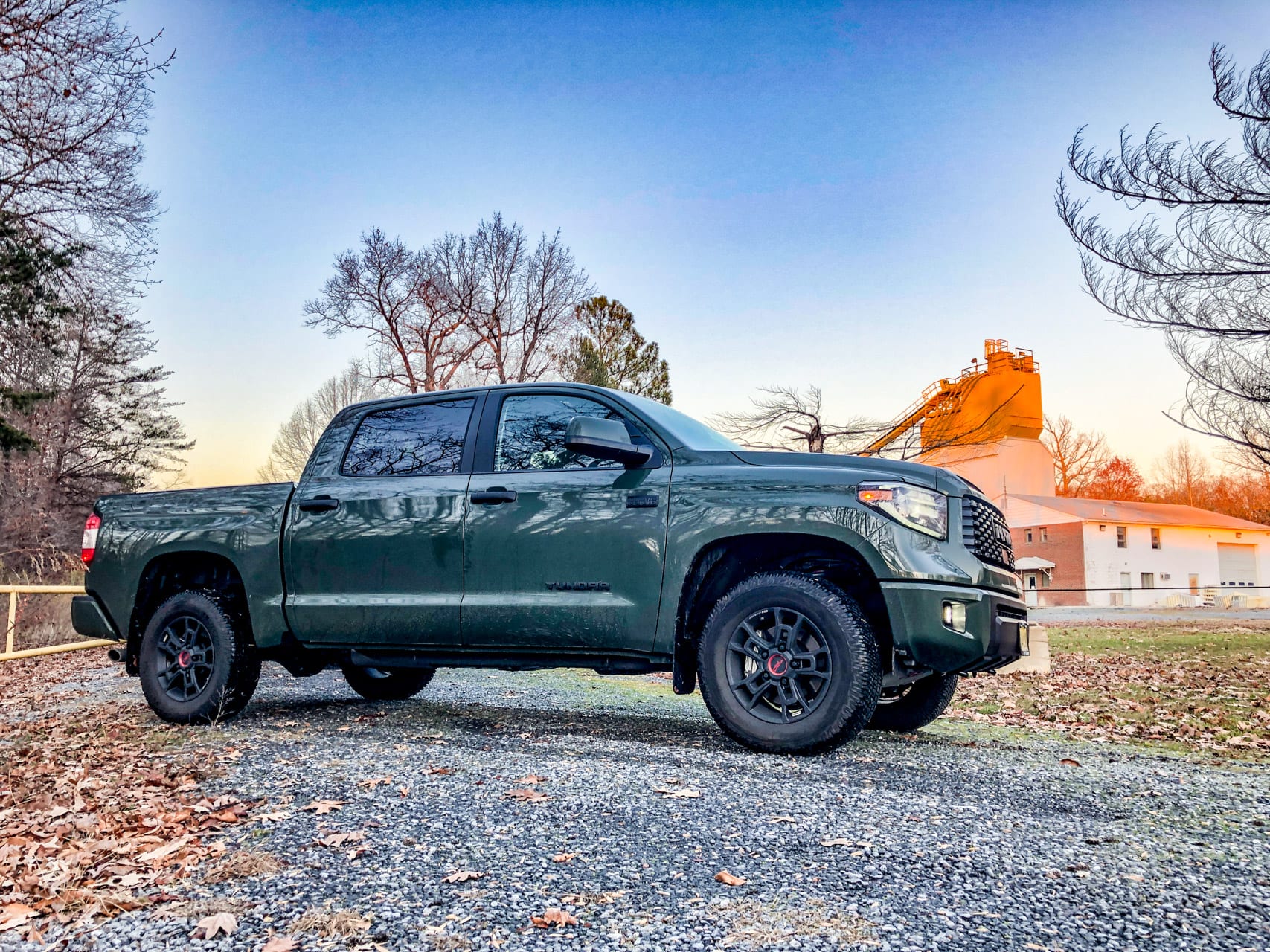 Driving the TRD Pro isn’t drastically different than driving a regular Tundra. The 381 horsepower 5.7L V8 pulls pretty well during daily driving. I didn’t get to push the TRD Pro through much serious off-roading, but I imagine the 401 ft. lbs. of torque will help with low speed mudding.

The only option our tester had was a spray-in bedliner for $579, bringing the as-tested price to $52,780 before destination, shipping and handling, etc.

On the surface, it’s easy to throw stones at the Tundra TRD Pro compared to the other off-roady full size trucks. But really, it’s pretty competitively priced and equipped.

Basically, these are all $50K – $60K trucks depending on options. Which one you choose is partially going to depend on your allegiance to one brand or other other. Personally, I’d have the Raptor. It’s worth noting that the Tundra sells in way lower numbers than the competition, not necessarily an indictment of the truck, just an interesting factoid.

Should I Buy It?

In the end, the TRD Pro stands out in the Tundra lineup as a more fun entry into the full-size truck market. It’s big, wide, and tall and I found myself looking back over my shoulder at it while walking away. The true test of a vehicle, at least for me, is whether or not it passes that test. Sure, the Tundra is the AARP member of the segment, but like a lot of old folks out there, it’s done some cool shit. If you want the latest and greatest, the more updated half-ton trucks have 12-inch screens and are way nicer inside. But the Tundra should last forever, if you are a believer in Toyota’s now legendary reliability, and the TRD Pro is a great entry into the “off roading” section of your local dealer. So I would definitely check it out if you need, or like many just want, a full-size truck. 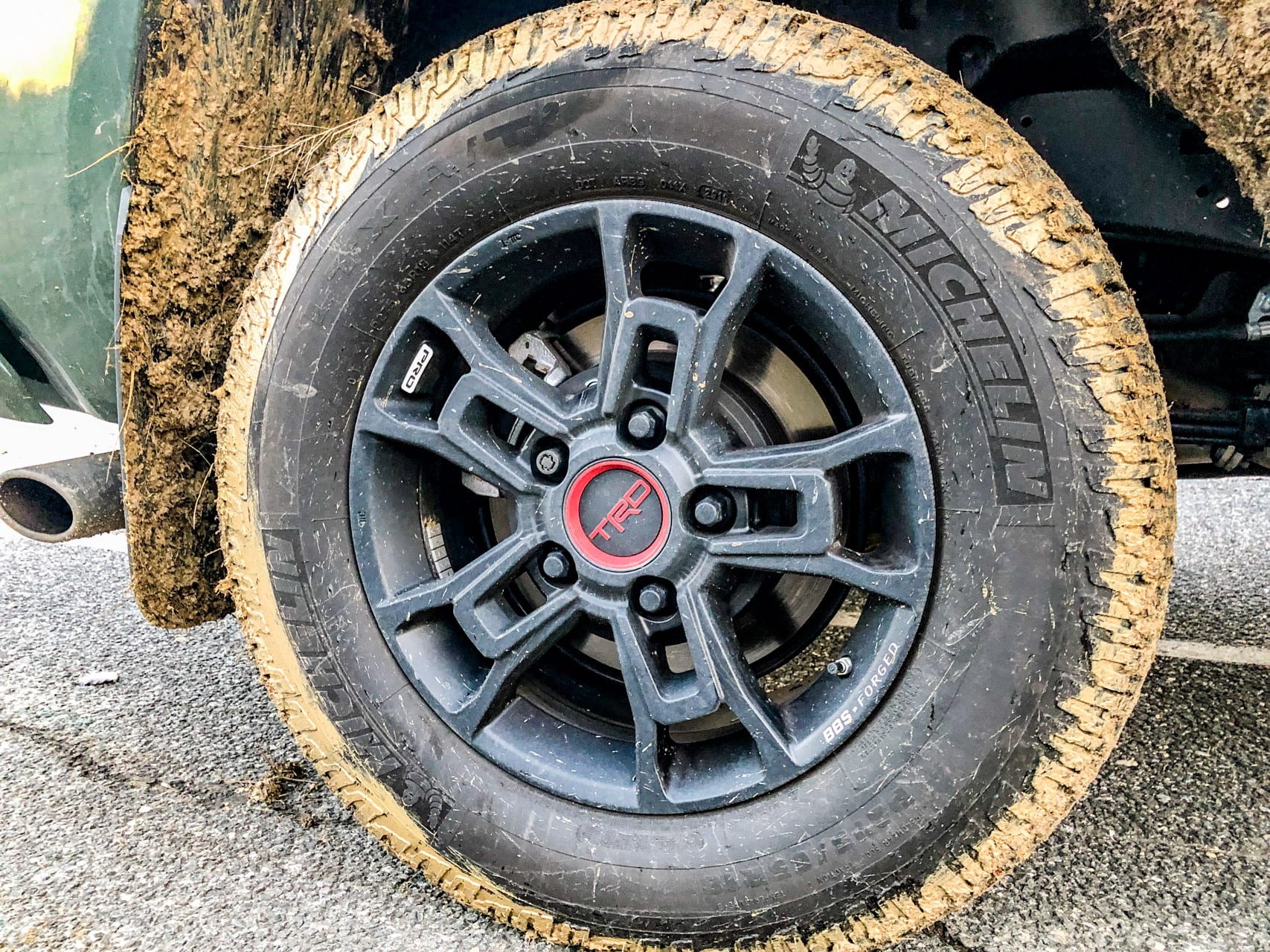 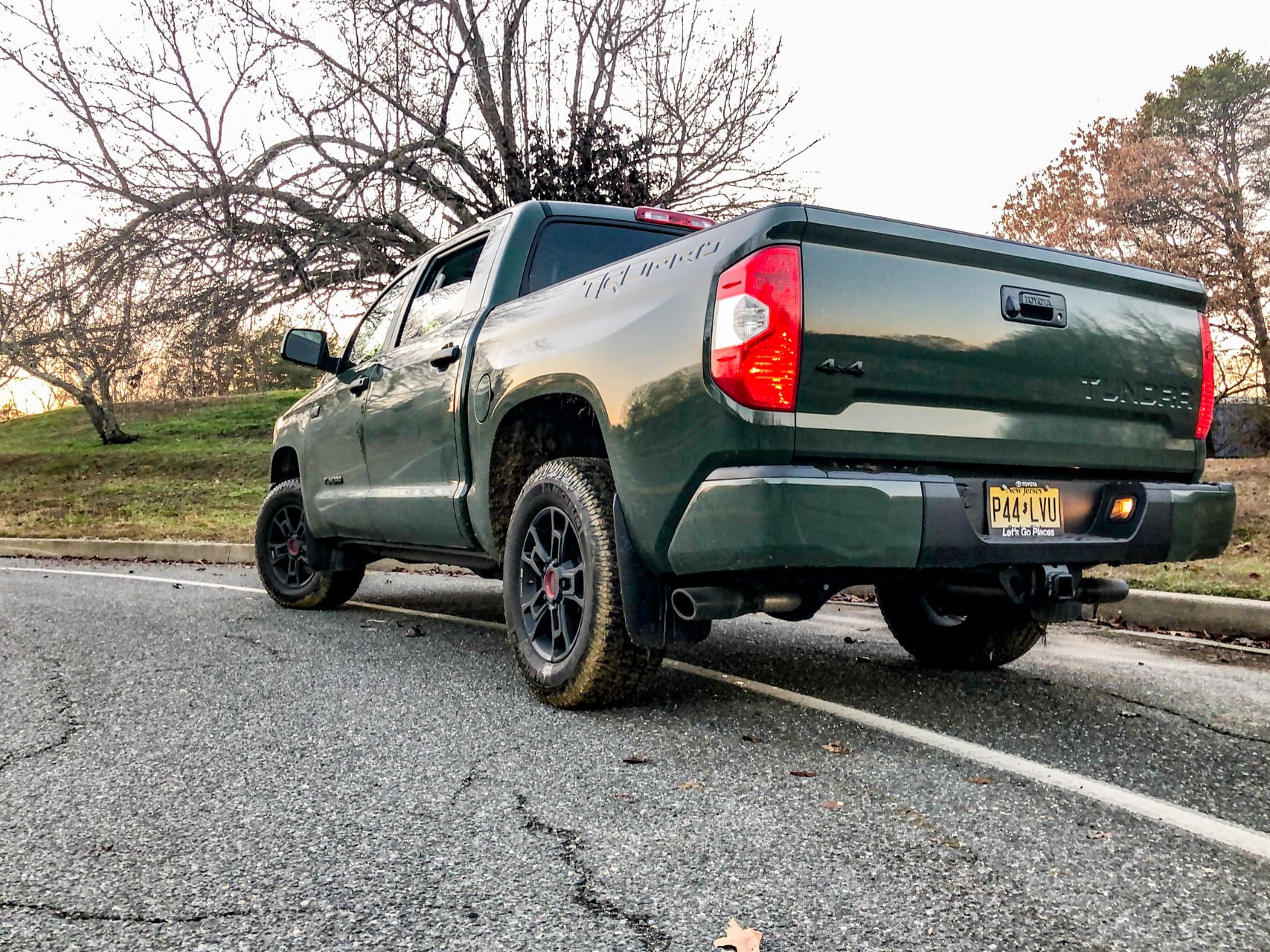 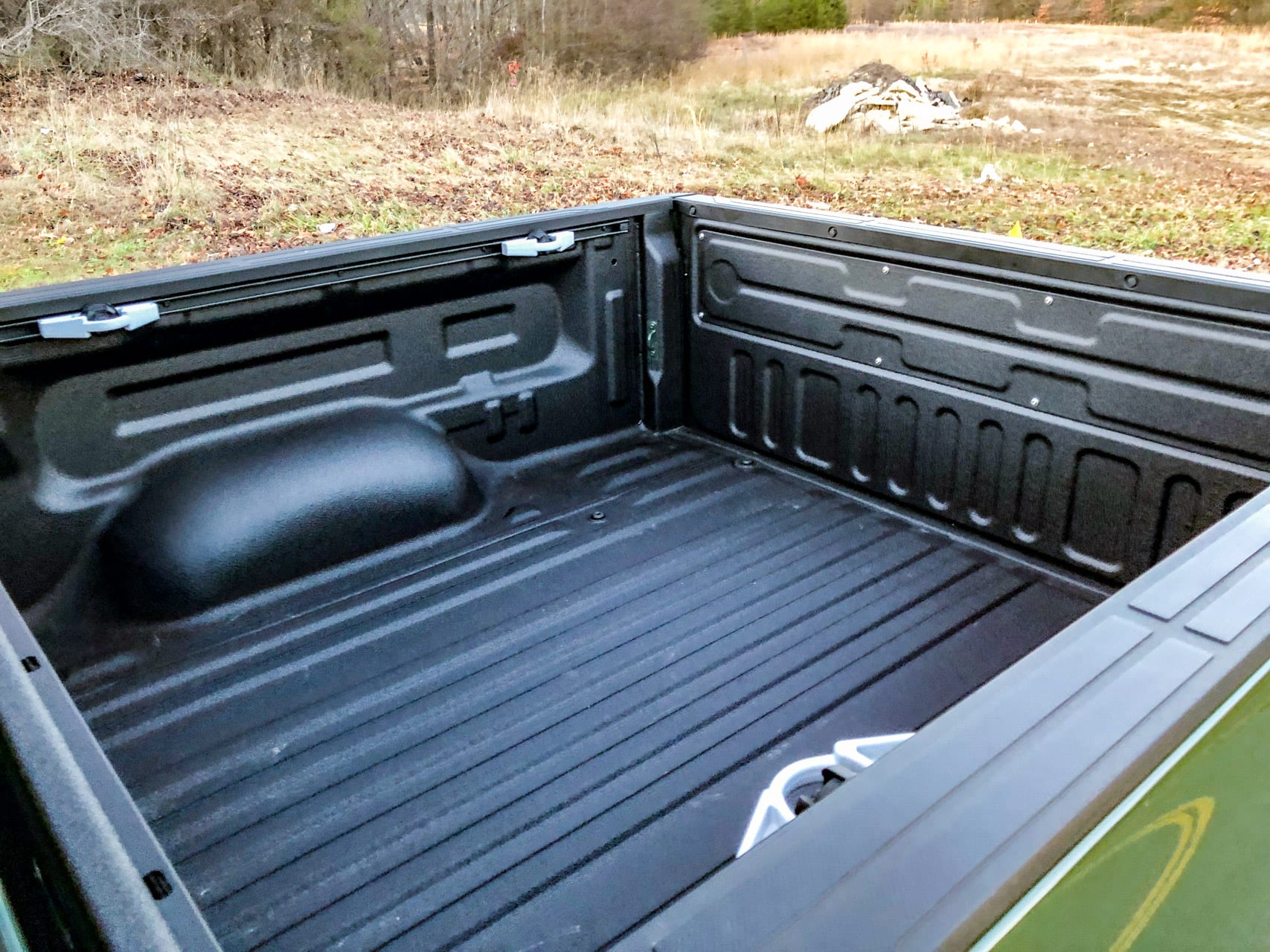 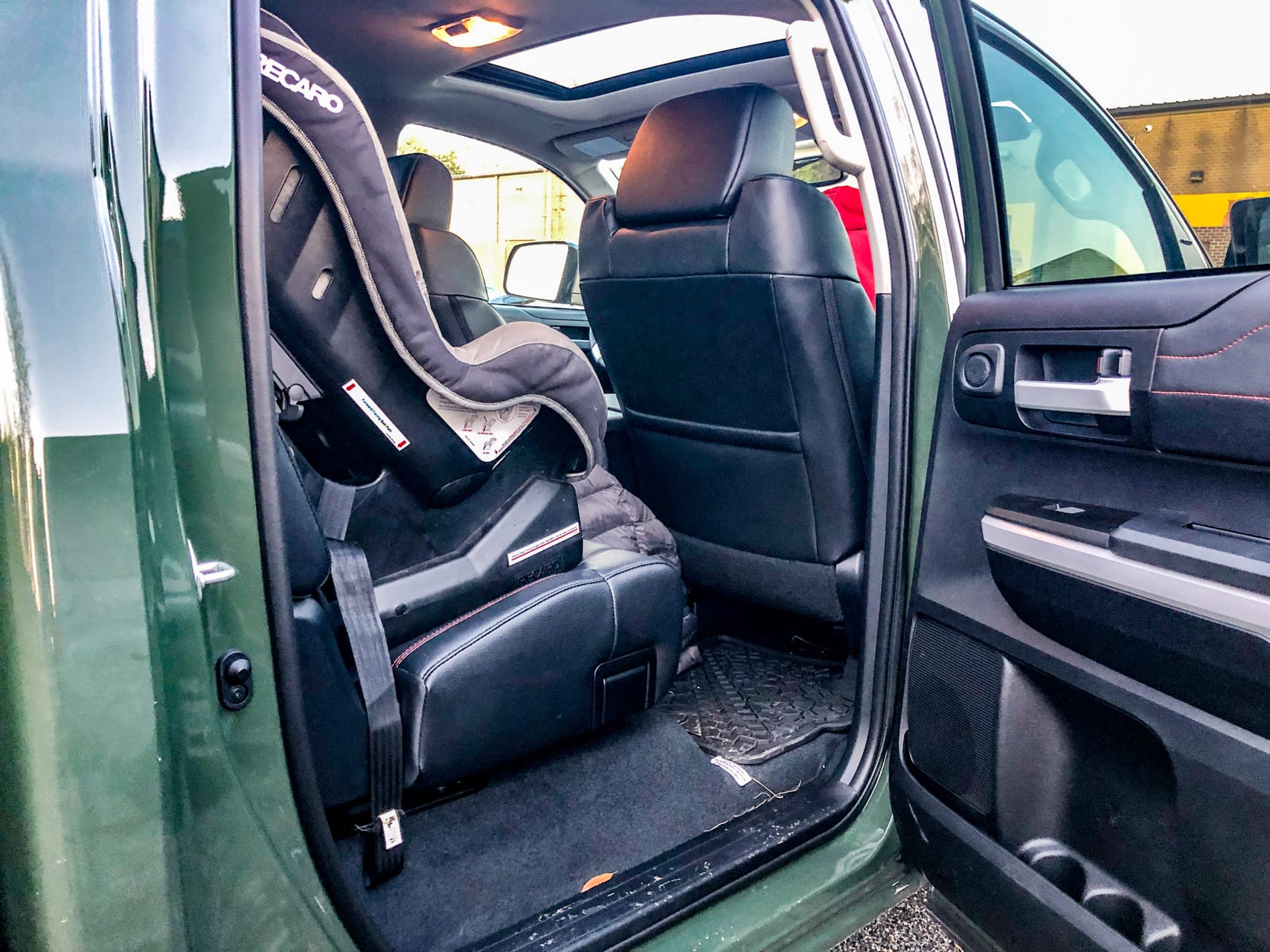 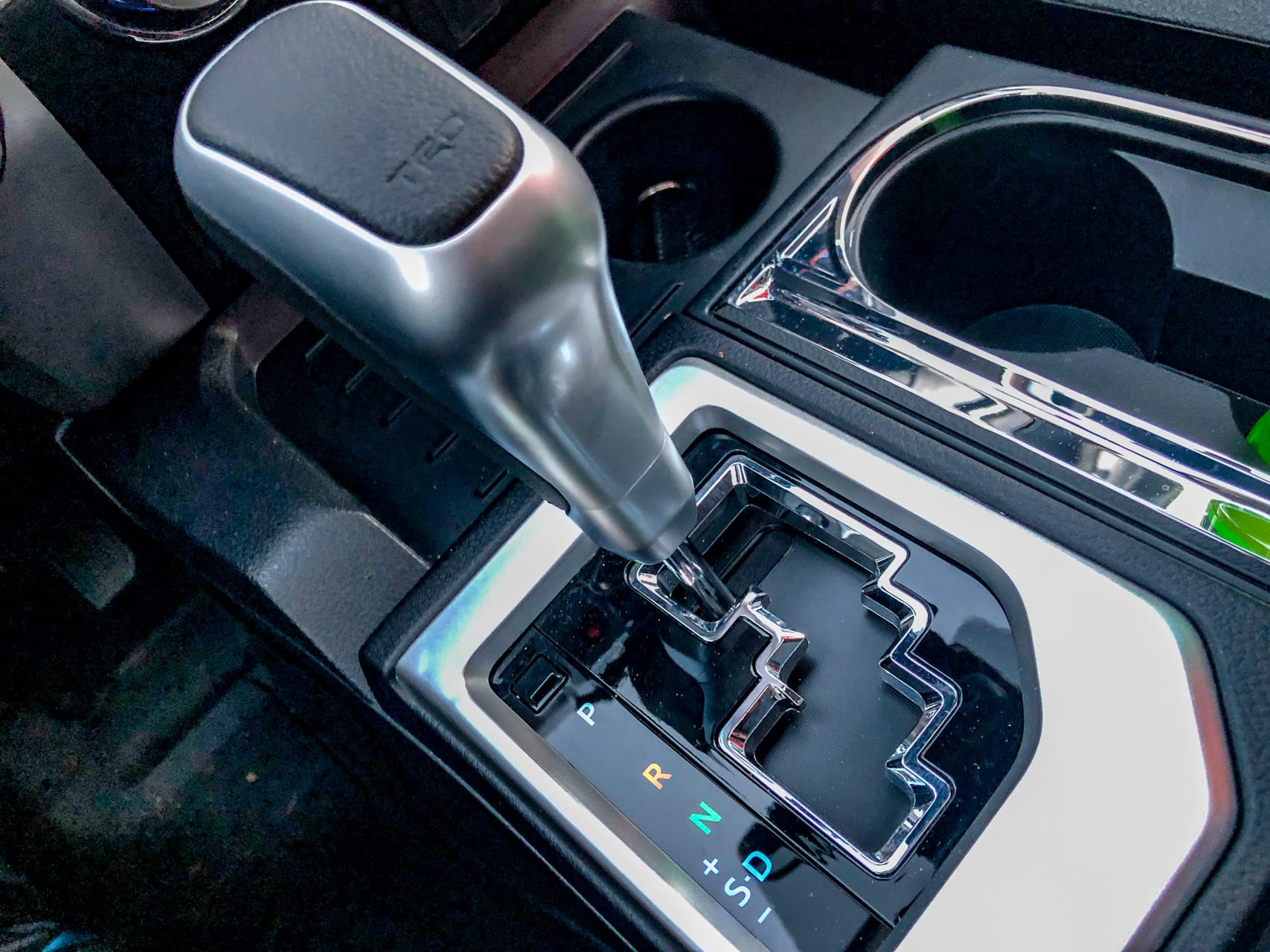 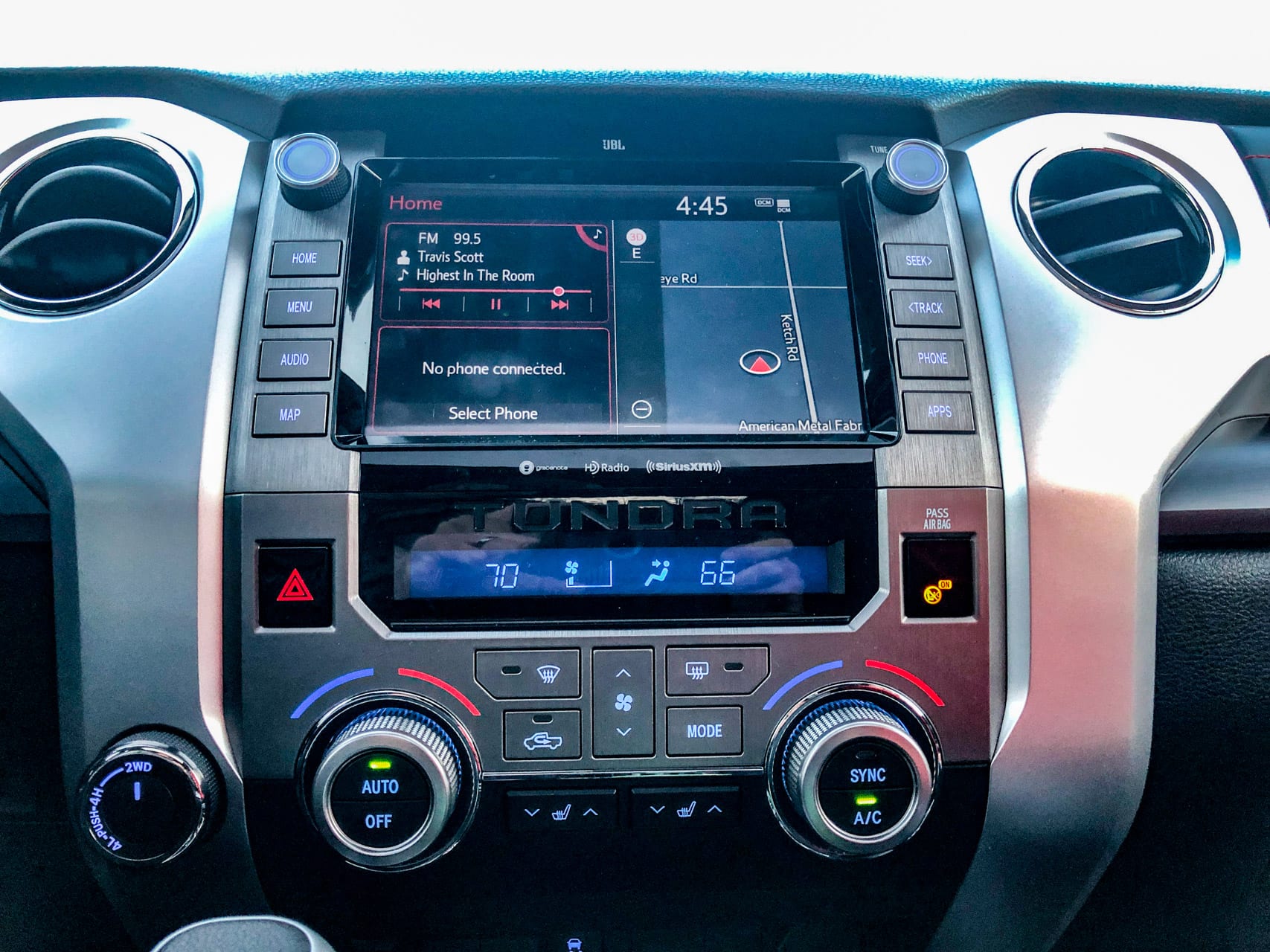 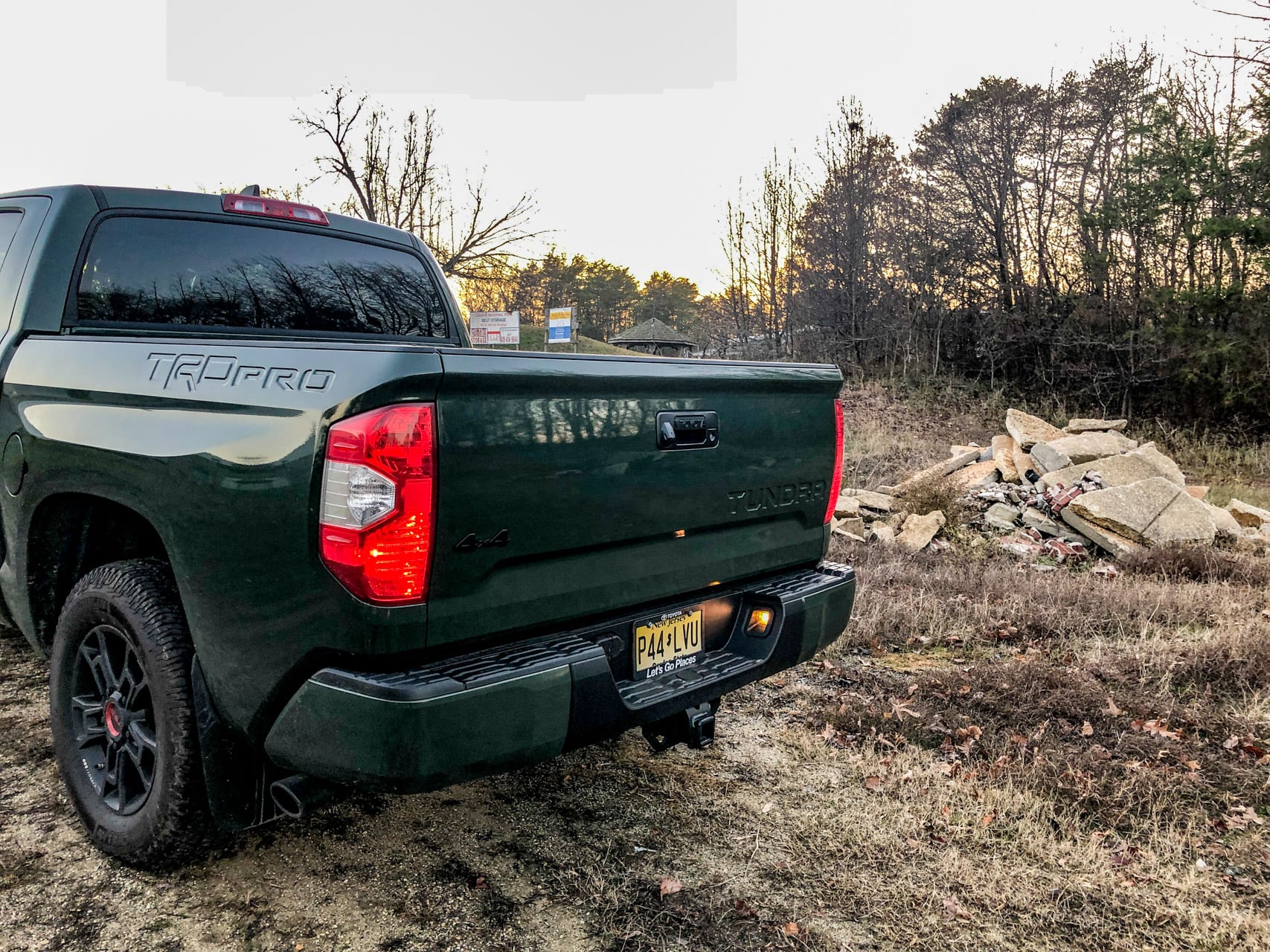 [Disclaimer: Toyota provided this Tundra for the purpose of this review. All images copyright William Byrd/Hooniverse 2020]