I started this 2020 Toyota RAV4 TRD review by trying not to focus on COVID-19. I only got through the title.

It’s impossible, our “new normal” is far from normal. I know, I’ve seen the Facebook memes, our grandparents faced worse. We just need to sit on the couch and watch that Tiger show on Netflix. It’s way more complicated than that though. We are dealing with a massive change in life seemingly overnight. Here are a few scenes from D.C. from the past few days. Streets that would typically be bumper-to-bumper were empty. Or closed altogether. 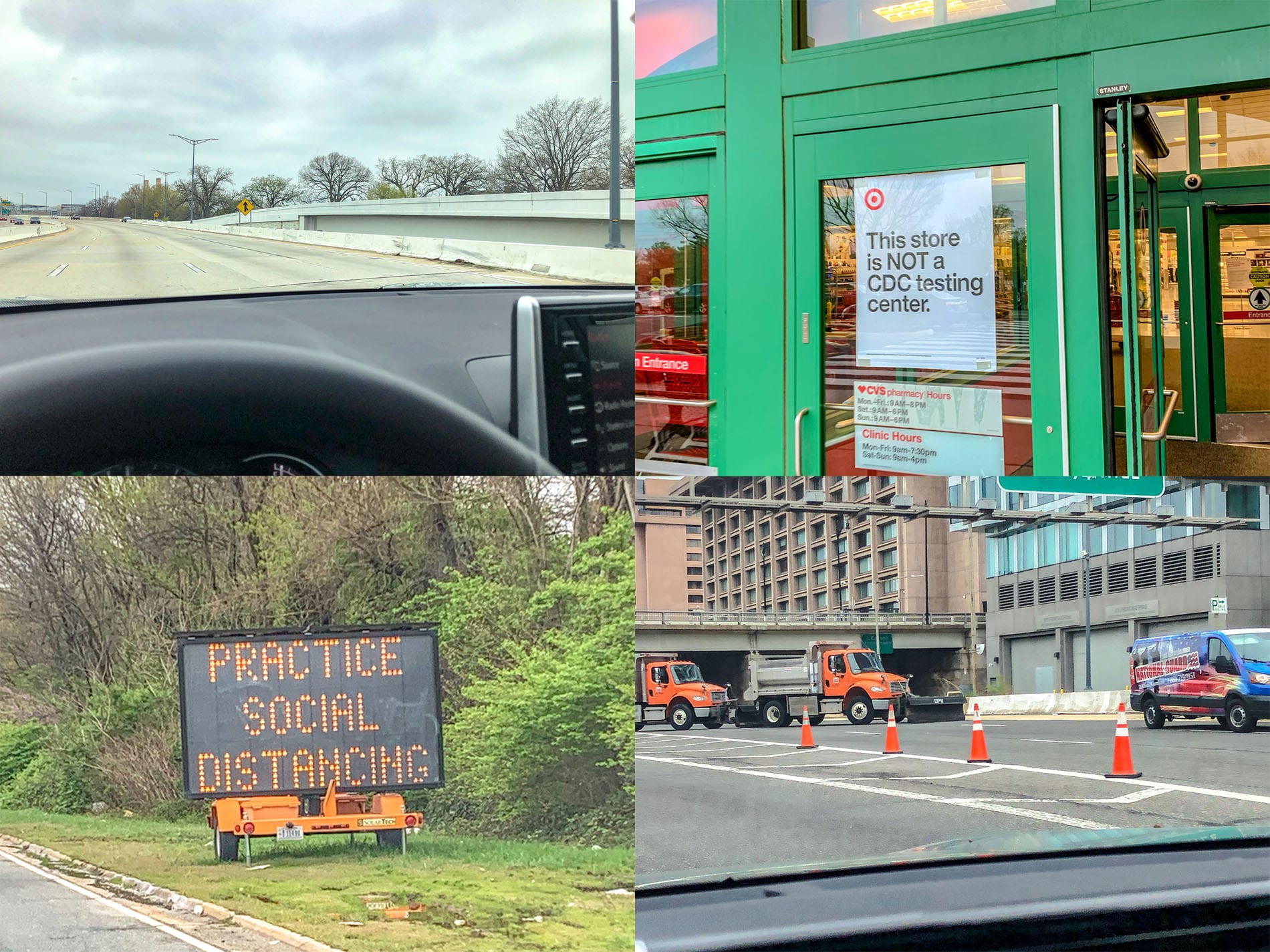 In movie terms, it’s one part Outbreak and one part Groundhog Day, the fear of the unknown of what’s coming overlaid with the monotony of staying home and limiting interaction with other humans. The new normal for my 6-year-old is to avoid all other humans and cross the street by habit to stay more than 6-feet away. Going for a walk is exhausting, which is one of the few times we’re actually out of the house. My older kids live with their mom, and aside from driving by and talking to them from inside the car, I haven’t seen them in weeks.

And I haven’t even gotten to the great toilet paper search yet. 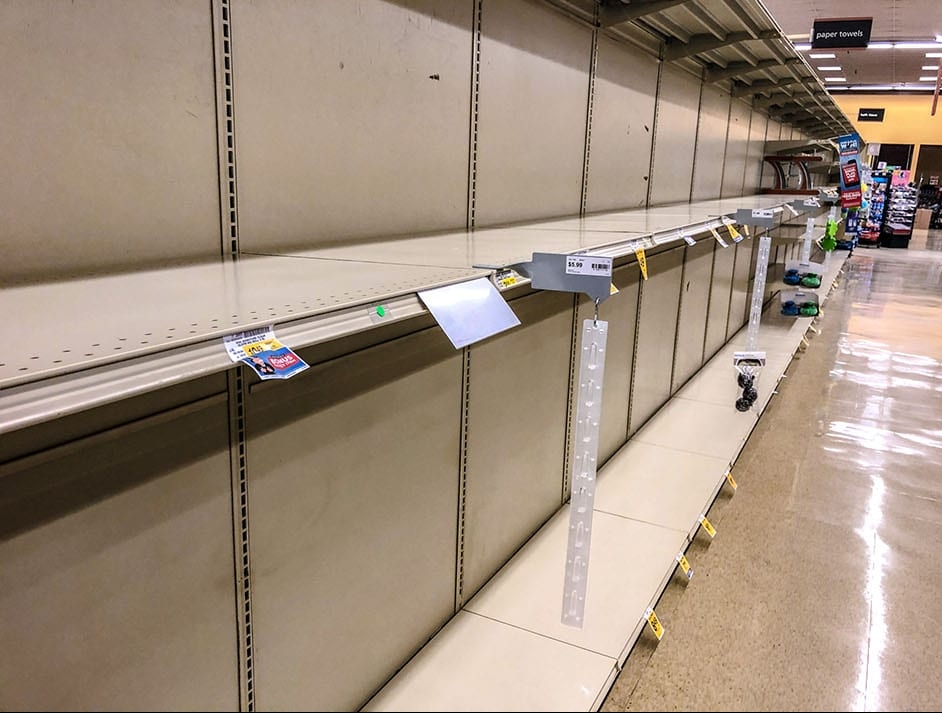 But, let’s try and focus on the positives, make sure you take a look at Social Distance Life.com to read about the positive aspects of things associated with the Coronavirus and our new socially distant lifestyles. There are some amazing stories out there of good things happening right now. In the meantime, I’m going to talk about a crossover from Toyota for a bit and pretend shit isn’t completely weird. 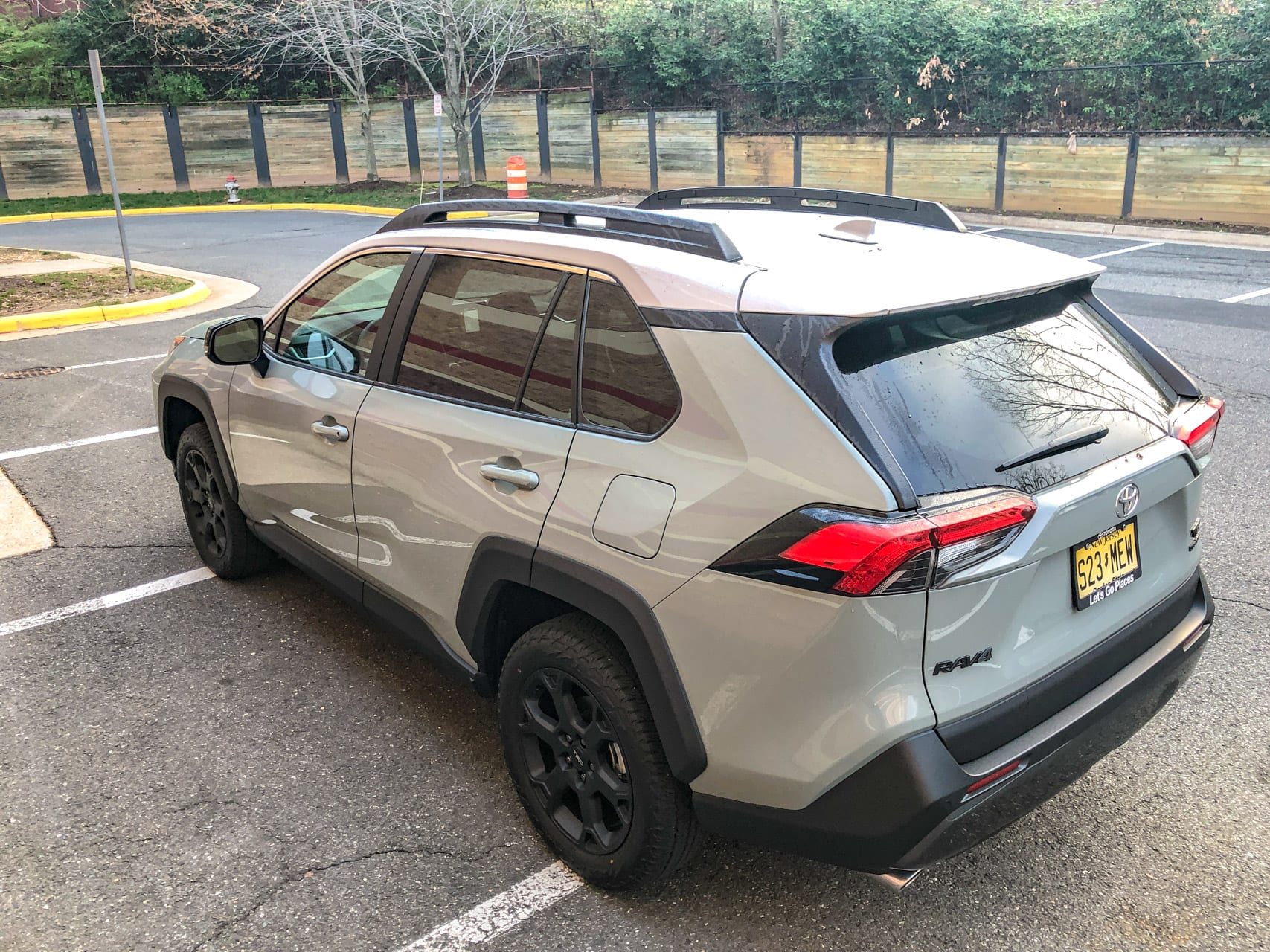 Well, it’s a RAV4, one of Toyota’s best selling midsize SUVs. Now in its fifth generation, the XA50 (thanks Wikipedia) RAV4 continues to get bigger and better. I’ve driven a bunch of the latest generation RAV4, but the “TRD” badge on this one piqued my interest.

Up through 2019, the only outdoorsy “adventure” focused RAV4 was called, well, the “Adventure”. Quick trivia, all RAV4s are called “Wildlander” in China! The more you know. The Adventure trim is still a thing, it fits neatly in the middle of the lineup.  This TRD model slots in well above it and starts at $35,280 which is towards the top of the RAV4 lineup. Here are some more details: 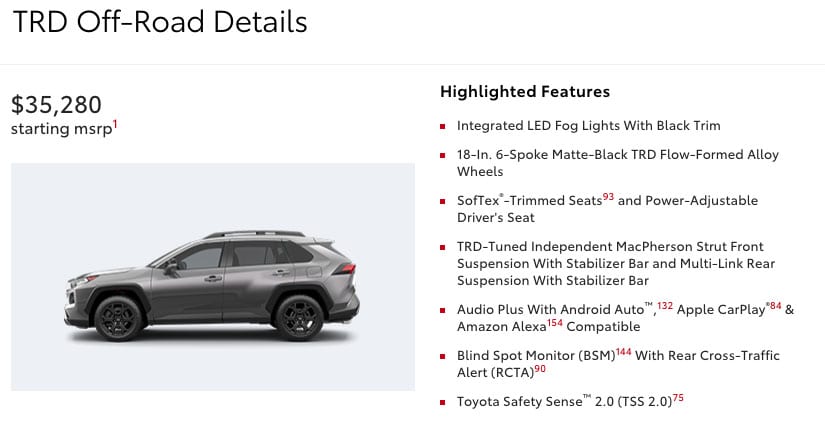 Like all of the non-hybrid RAV4 models, the TRD has the same 203 horsepower 2.5L 4-cylinder engine, an 8-speed automatic, and naturally, AWD is standard. Like a lot of press loaners, this one was pretty loaded. Toyota added: 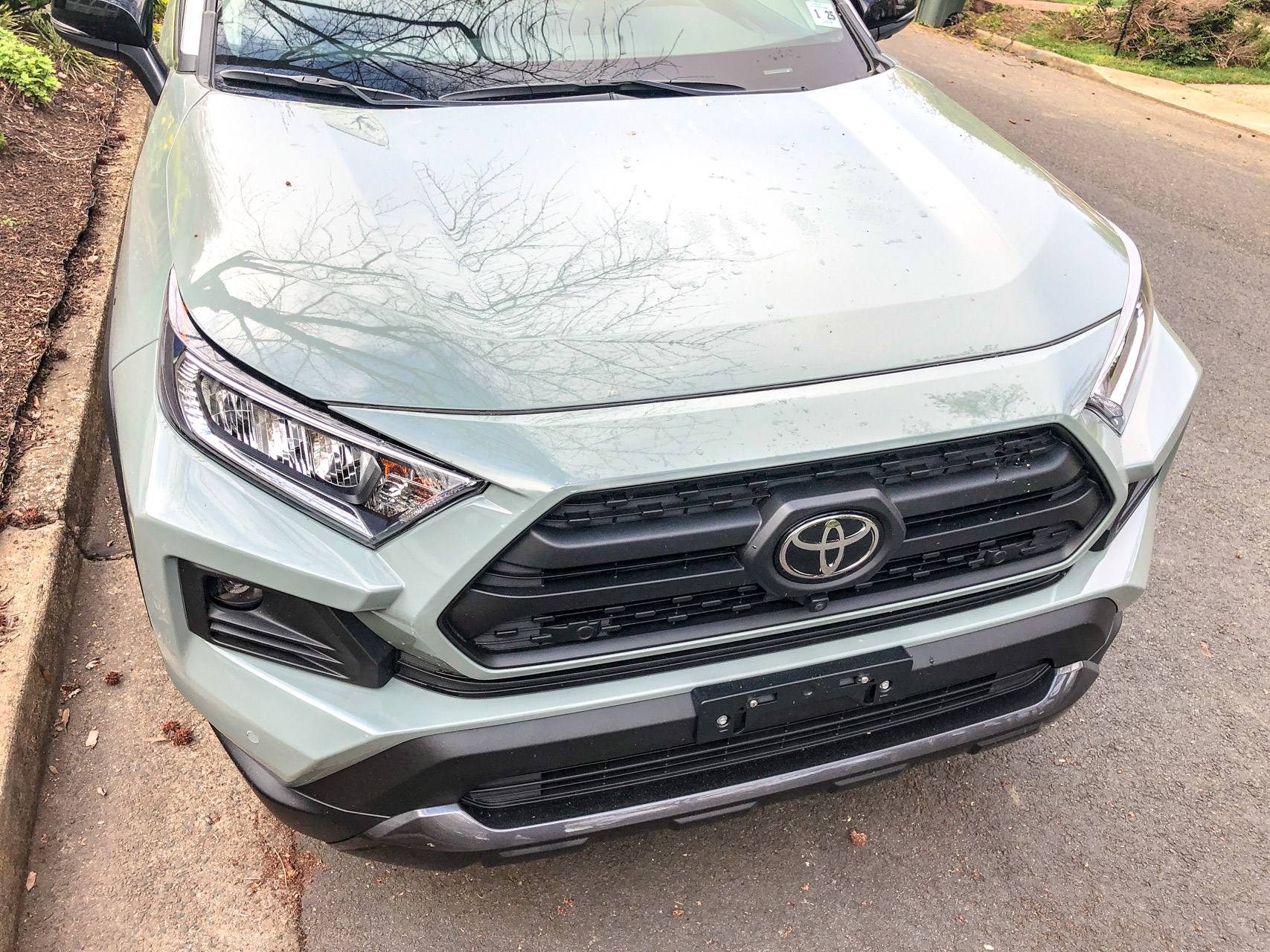 My biggest critique of recent Toyotas has been on the inside. The latest-gen RAV started in the 2019 model year, and the good news is that things have improved quite a bit. Here, take a look. 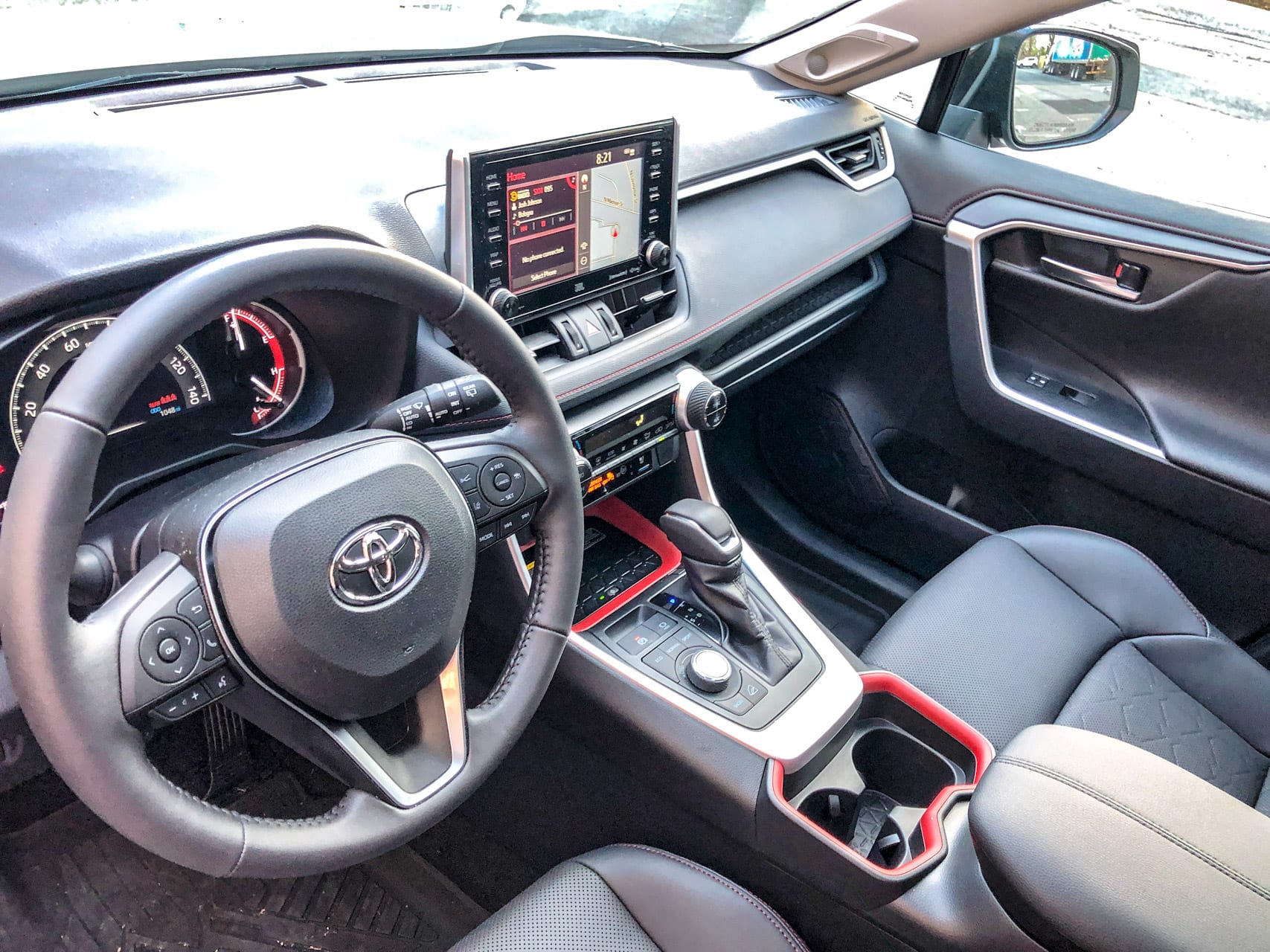 I like the chunky shifter and with all due respect to my Hoonicolleague, I actually like the red trim.  The materials are pretty solid, the only weak spot I found was the area to the right of my right knee. When I pushed against it, it bowed in a bit. Across the rest of the interior, it was comfortable and easy to use. Check out the cool TRD embossed seats. 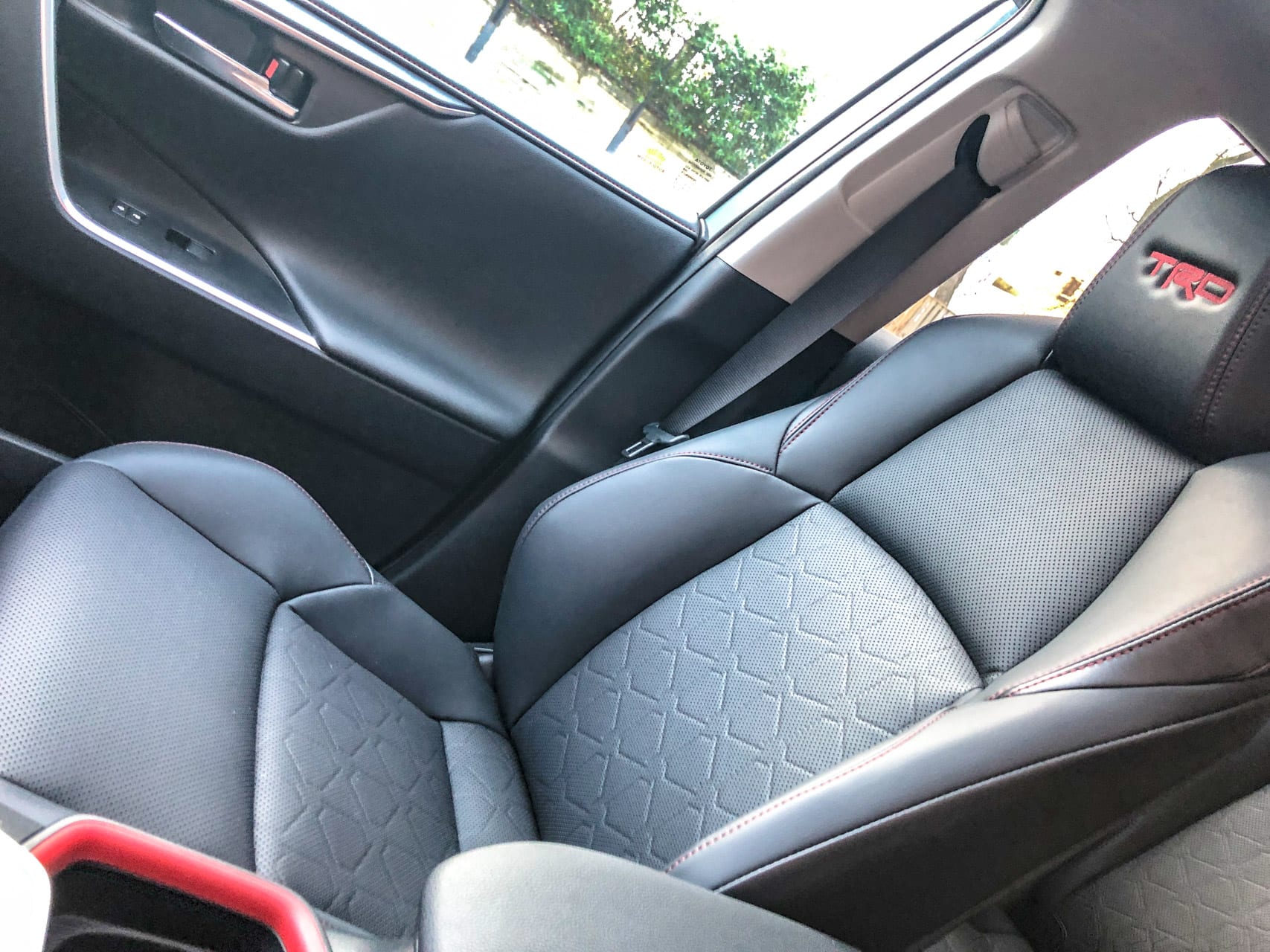 The current RAV4 isn’t a bad looking vehicle. While it’s not specifically “cool” by Hooniverse standards, it’s less dull than some of the competition. It even looks like it has a vinyl roof. So it’s got that going for it. Personally, I dig the two-tone paint, you can choose from grey, black, and this funky greenish color with the light-colored roof. 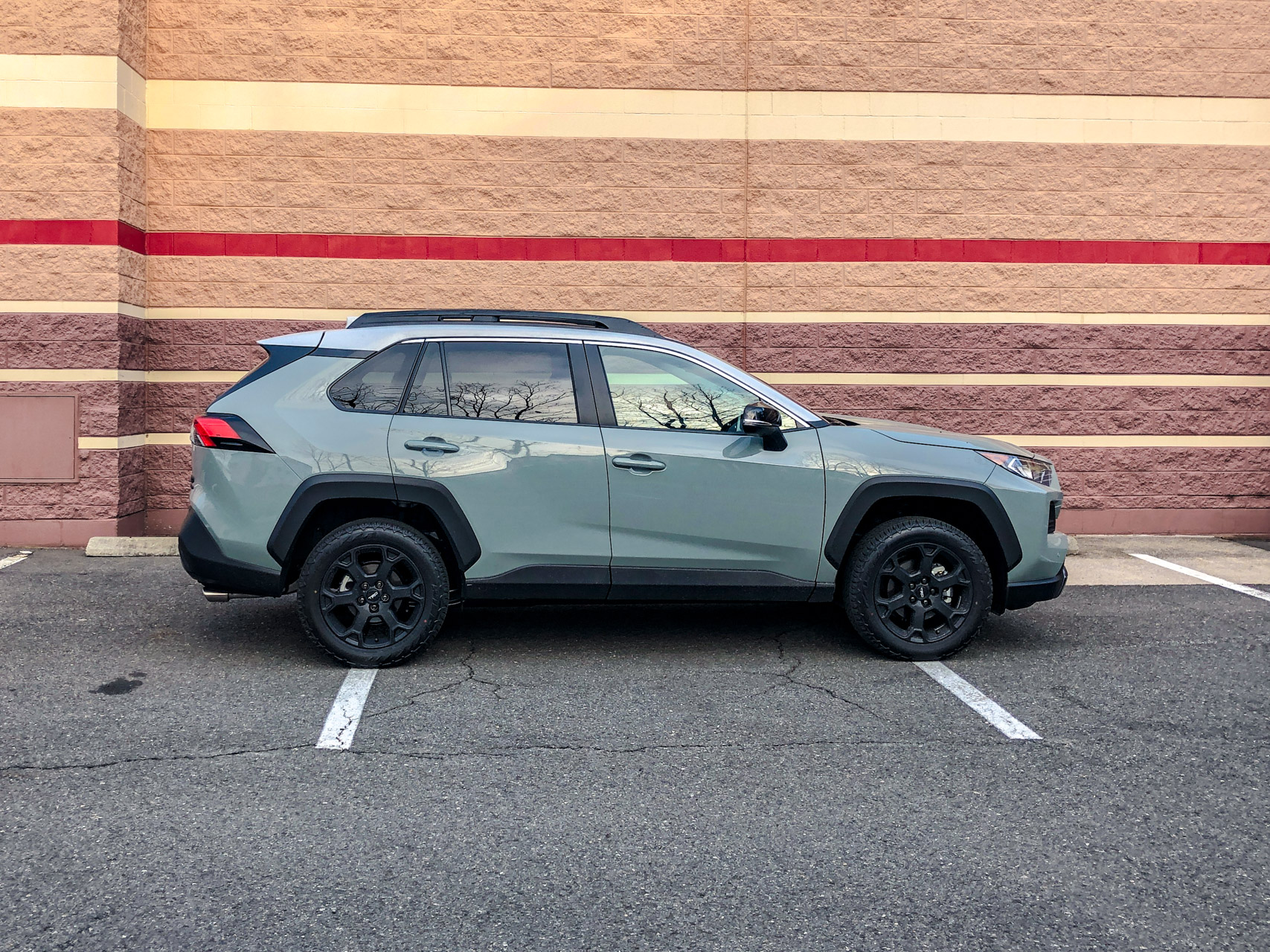 I’ll bury this nugget as far down in the content as I can, I barely drove this car compared to some of the other other press loaners I’ve been given. I stared at it out the window while sequestered at my desk at home, and aside from running some errands, and a 1-hour-each-way drive to see my older kids, it didn’t move much. That means I don’t have some cool get-it-muddy story to be able to say whether the twin-tube dampers and springs tuned from Toyota Racing Development (TRD) really make a difference off of the tarmac.

So I really don’t know the answer to the question in the title. On paper, it’s not quite TRD’y enough compared to the other heavier duty 4WD models in the Toyota lineup. The TRD Off-Road RAv4 shares the same 8.6-inch ground clearance of the Adventure and Limited trims. Plus, there aren’t additional skid plates or other off-road-focused add-ons that you might expect, which is disappointing. Most crossover drivers don’t need that stuff, so I don’t blame Toyota for not including them I suppose. It’s not the RAV4 TRD PRO after all.

From a day-to-day perspective, it’s a pretty perfect daily driver. I popped by the tool rental place in an attempt to alleviate some of the housebound symptoms last weekend. I can say that using a chainsaw is one of the manlier things you can do, I highly recommend it. Scouring the DC area for freaking toilet paper was less exciting, but I scored pretty big at Target. Limit one per customer, please.

Should You Buy One?

Thankfully, every company I’ve ever engaged with is letting me know that they are “here to help during this difficult time”. Toyota is no different, they are offering up to 90-day deferment on new and certified used Toyotas. The impact on the auto industry from COVID-19 is going to be immense, but if you are actually in the market for a midsize crossover right now, the 2020 RAV4 TRD is quite good. I considered doing an apocalypse-style review for this but figured it was a bit dark in already challenging times. That said, the RAV4 TRD might fare pretty well. With a combined city-highway estimate of 27 MPG, it might be a good vehicle to escape civilization as it crumbles. Although a similarly equipped XSE Hybrid gets 40 MPG combined and probably isn’t that much better or worse off-road.

Regardless, I plan to keep reviewing cars as long as they are willing to drop them off. And yes, I Lysol-wiped it down before I drove it. 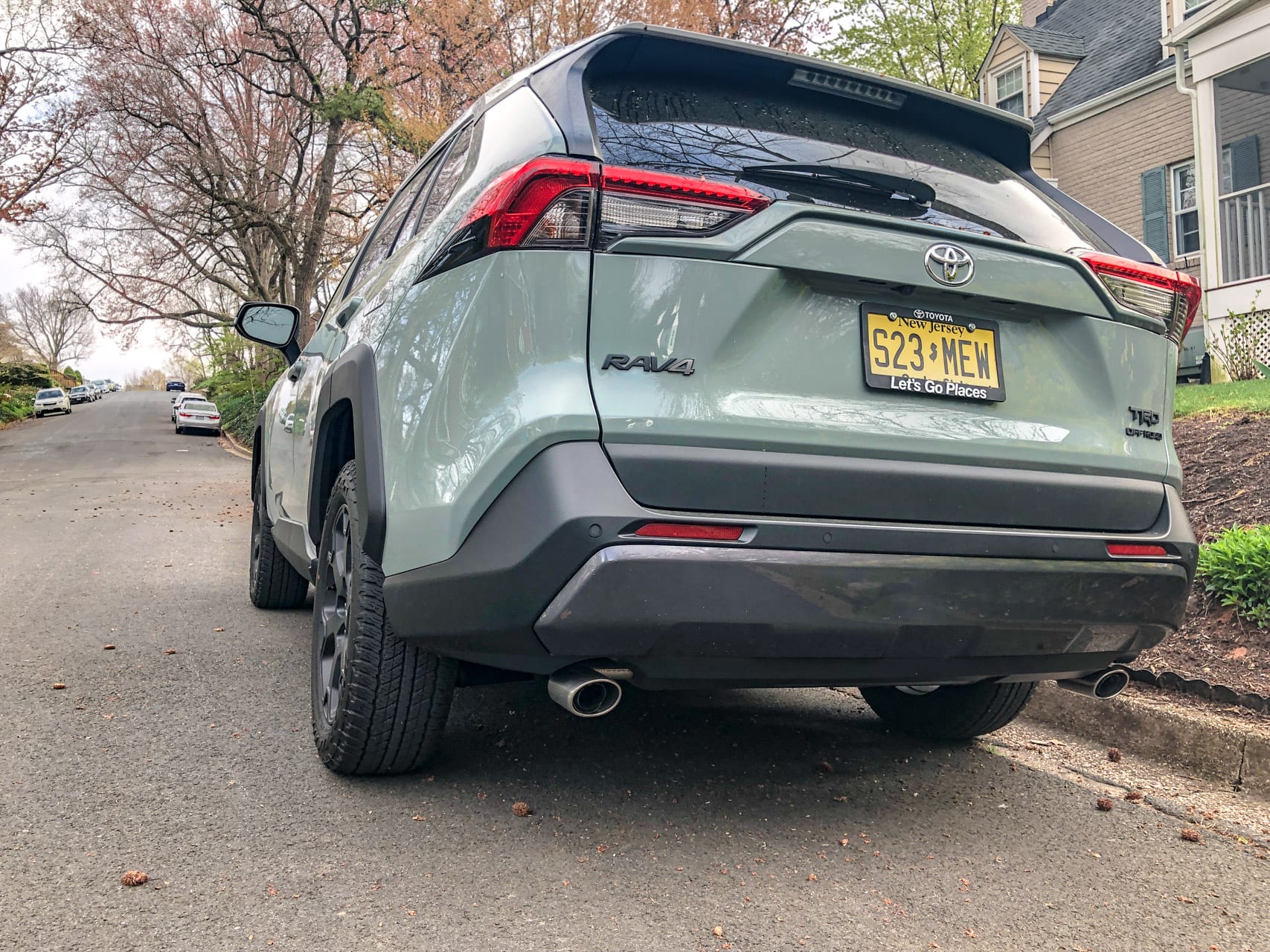 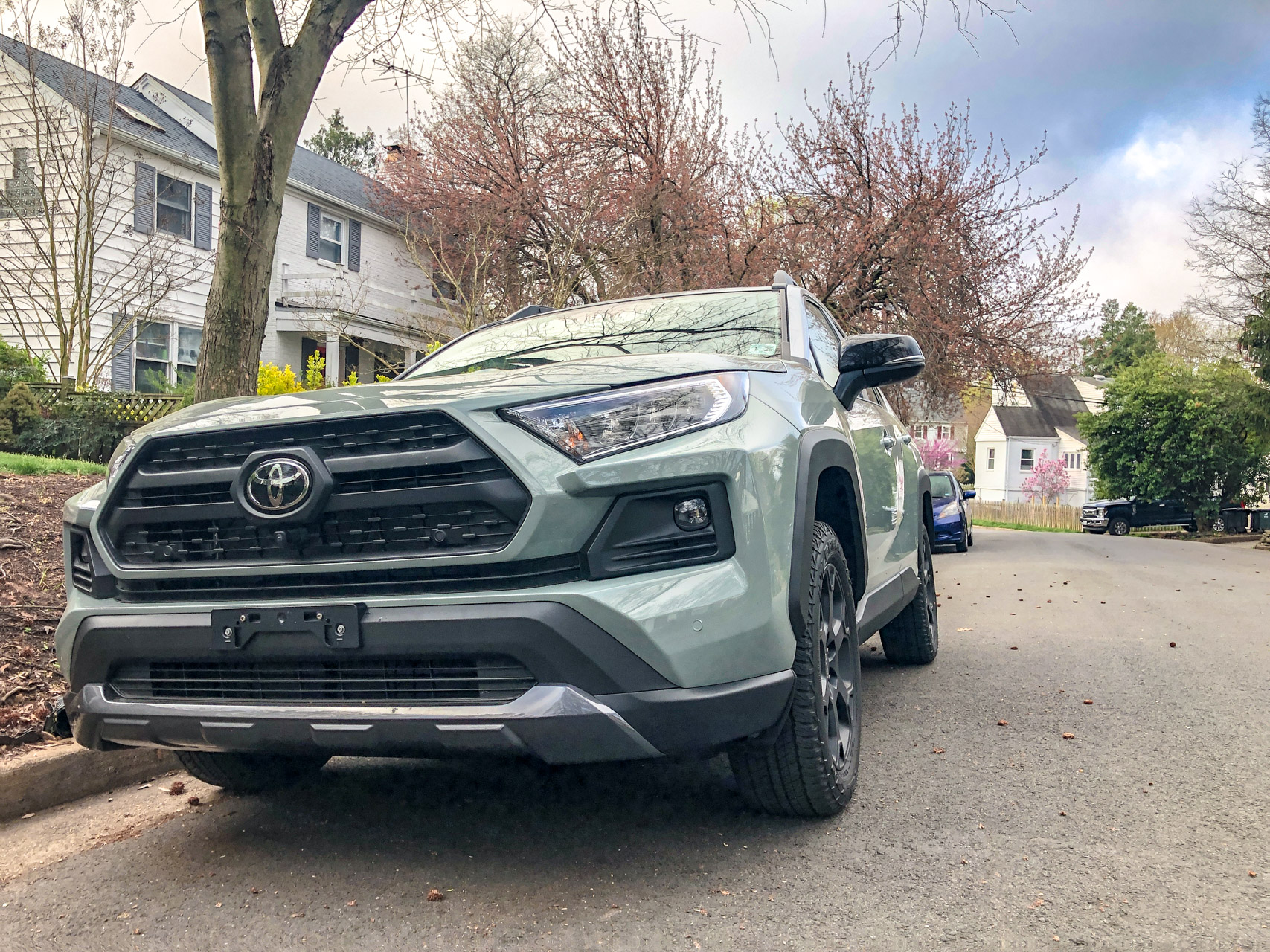 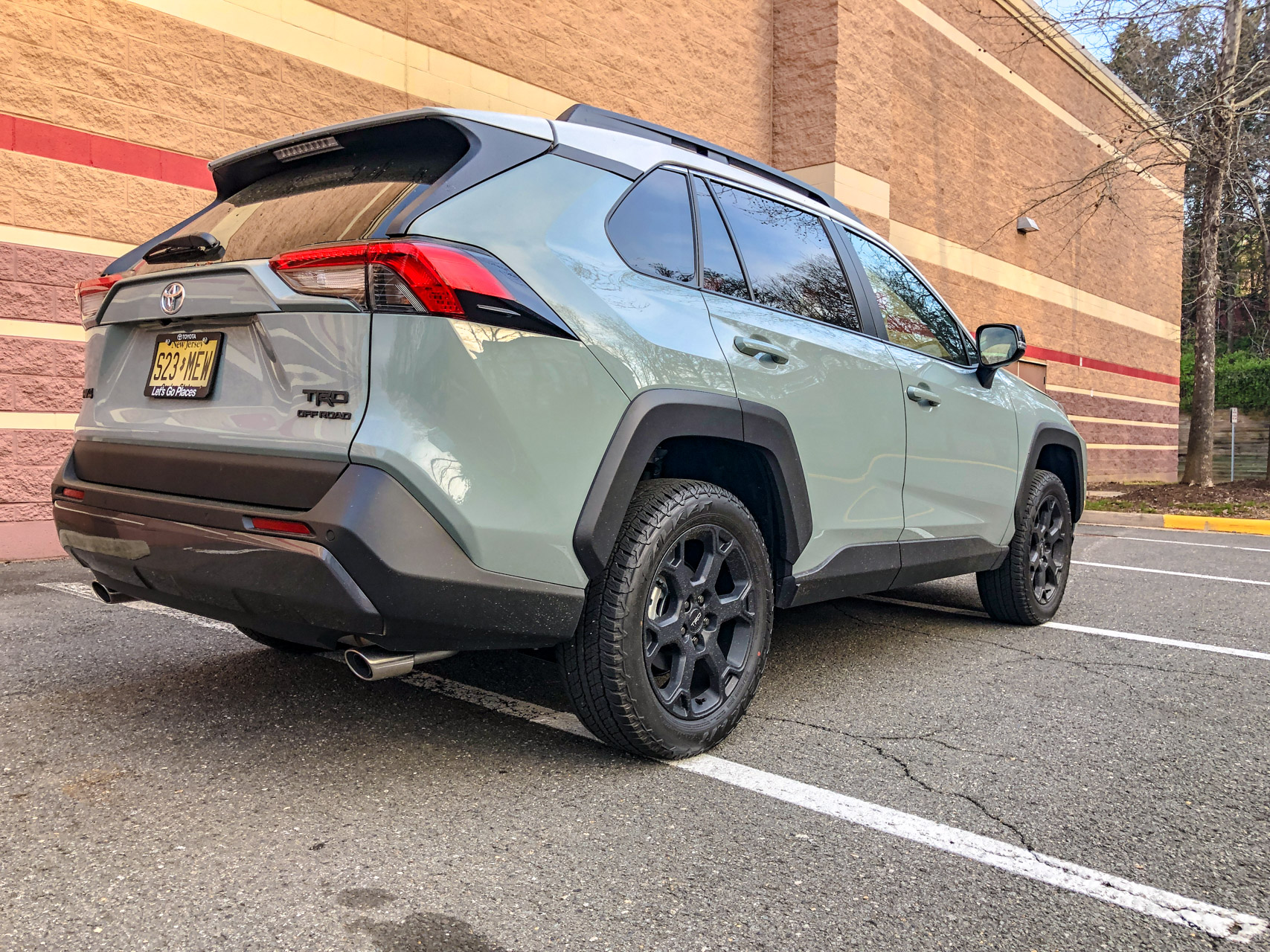 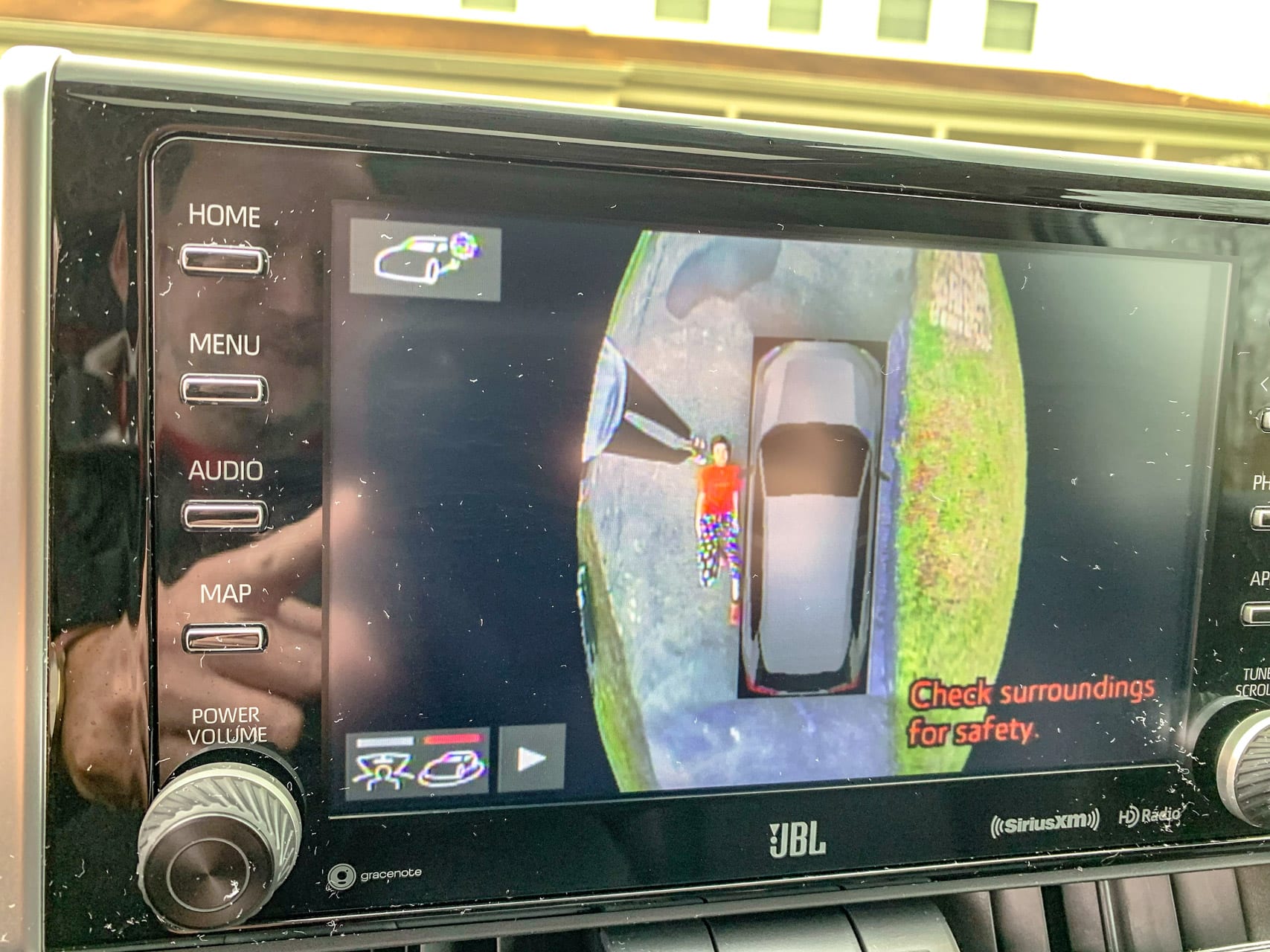 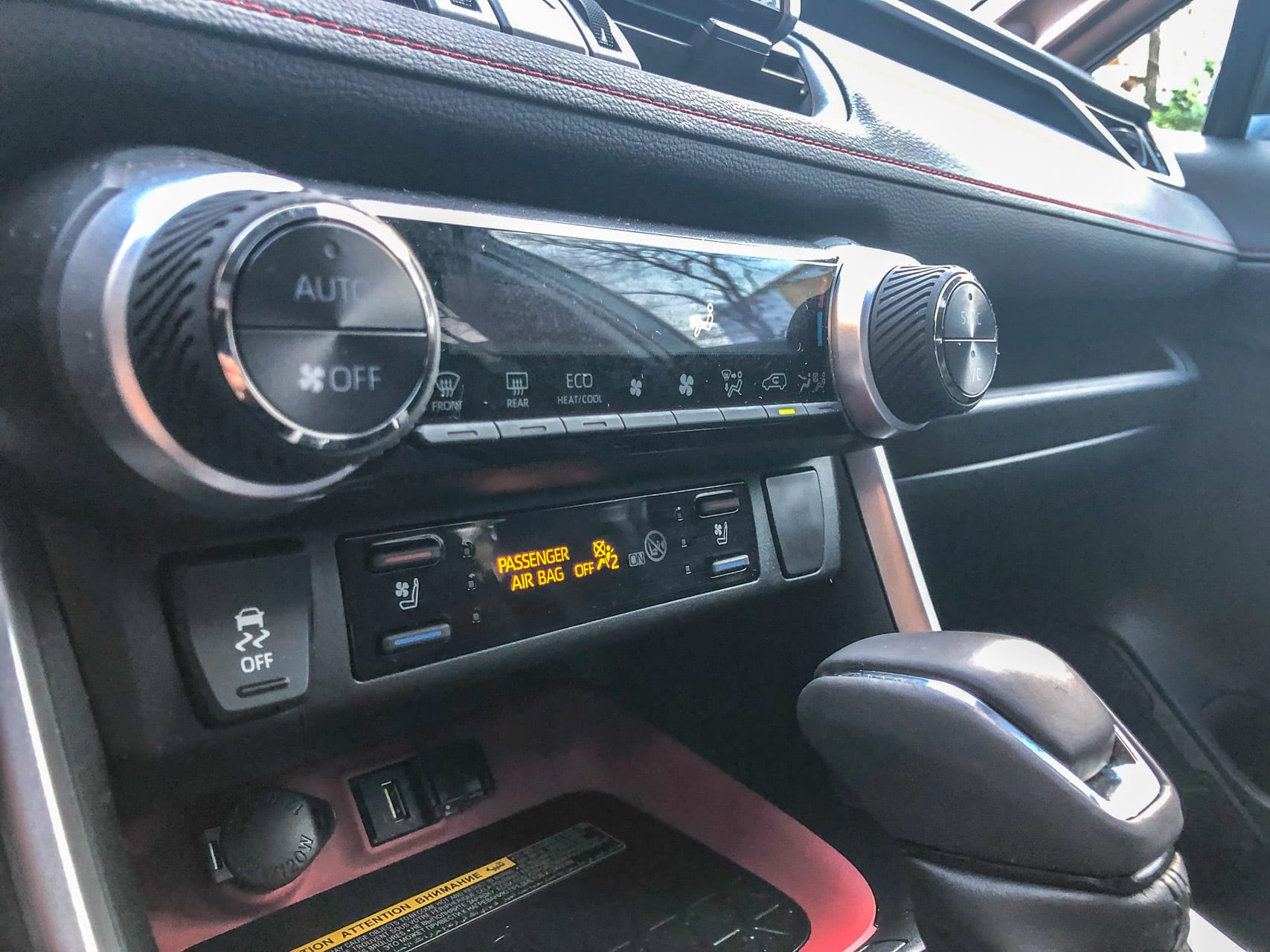 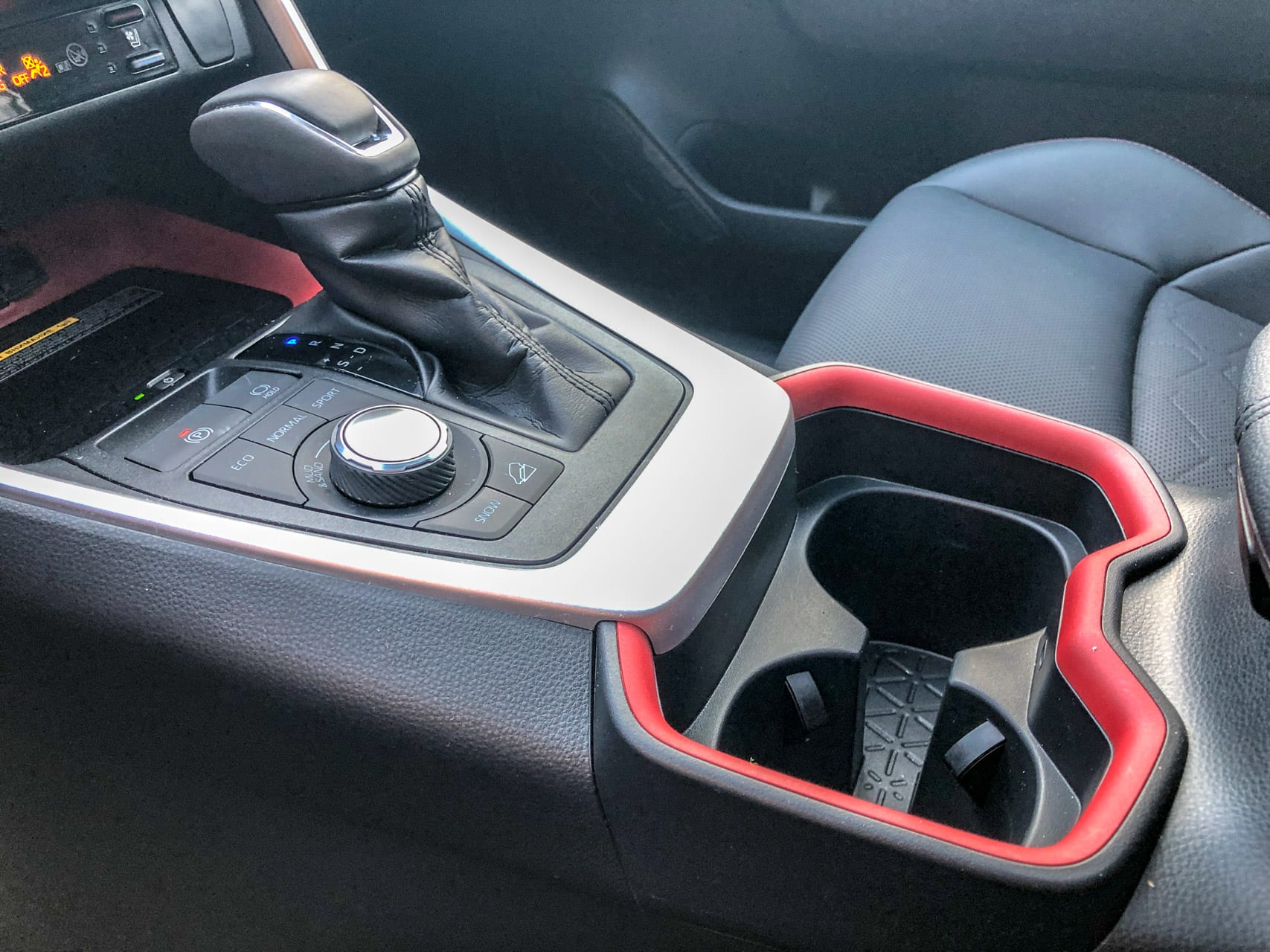 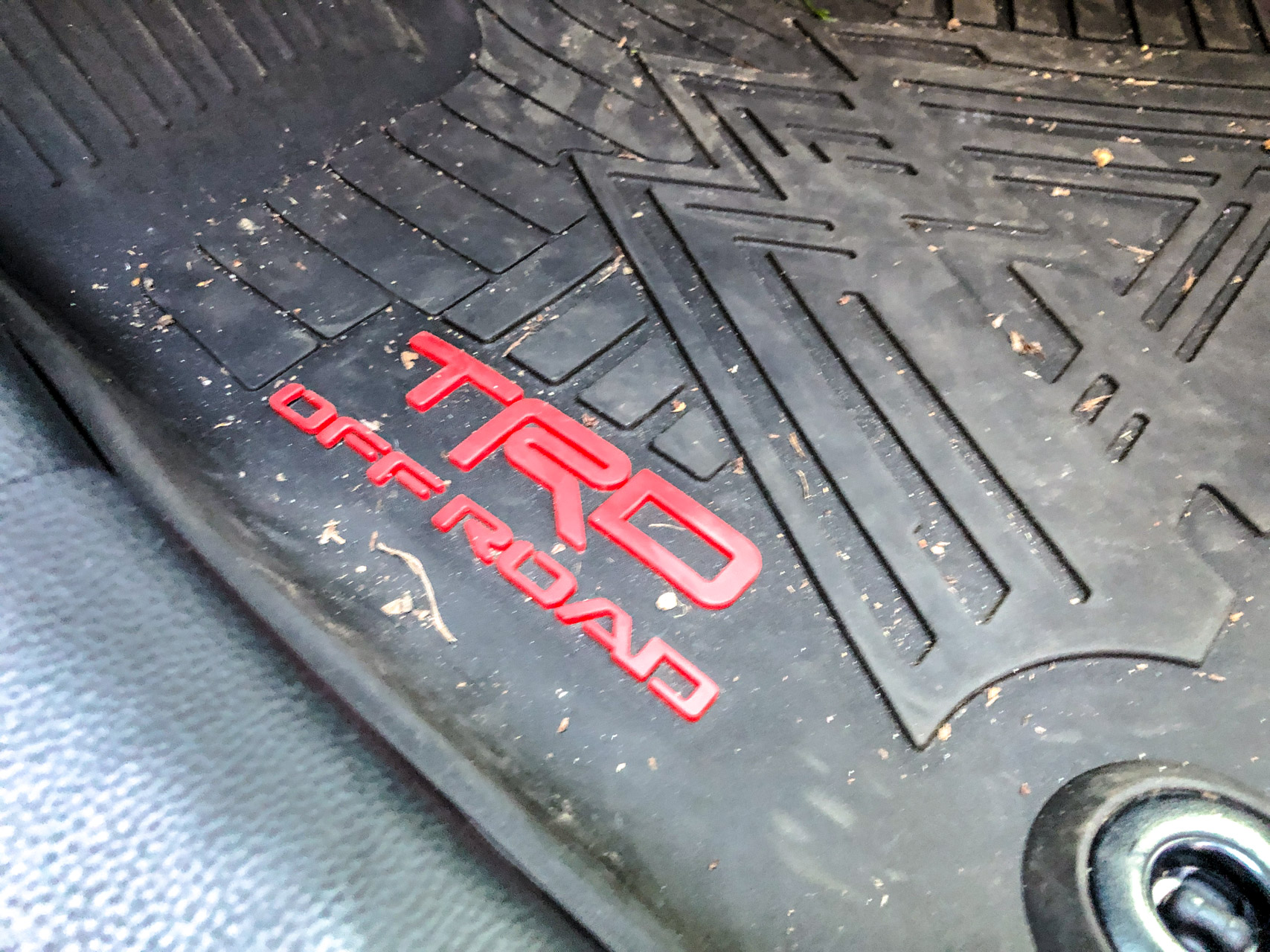 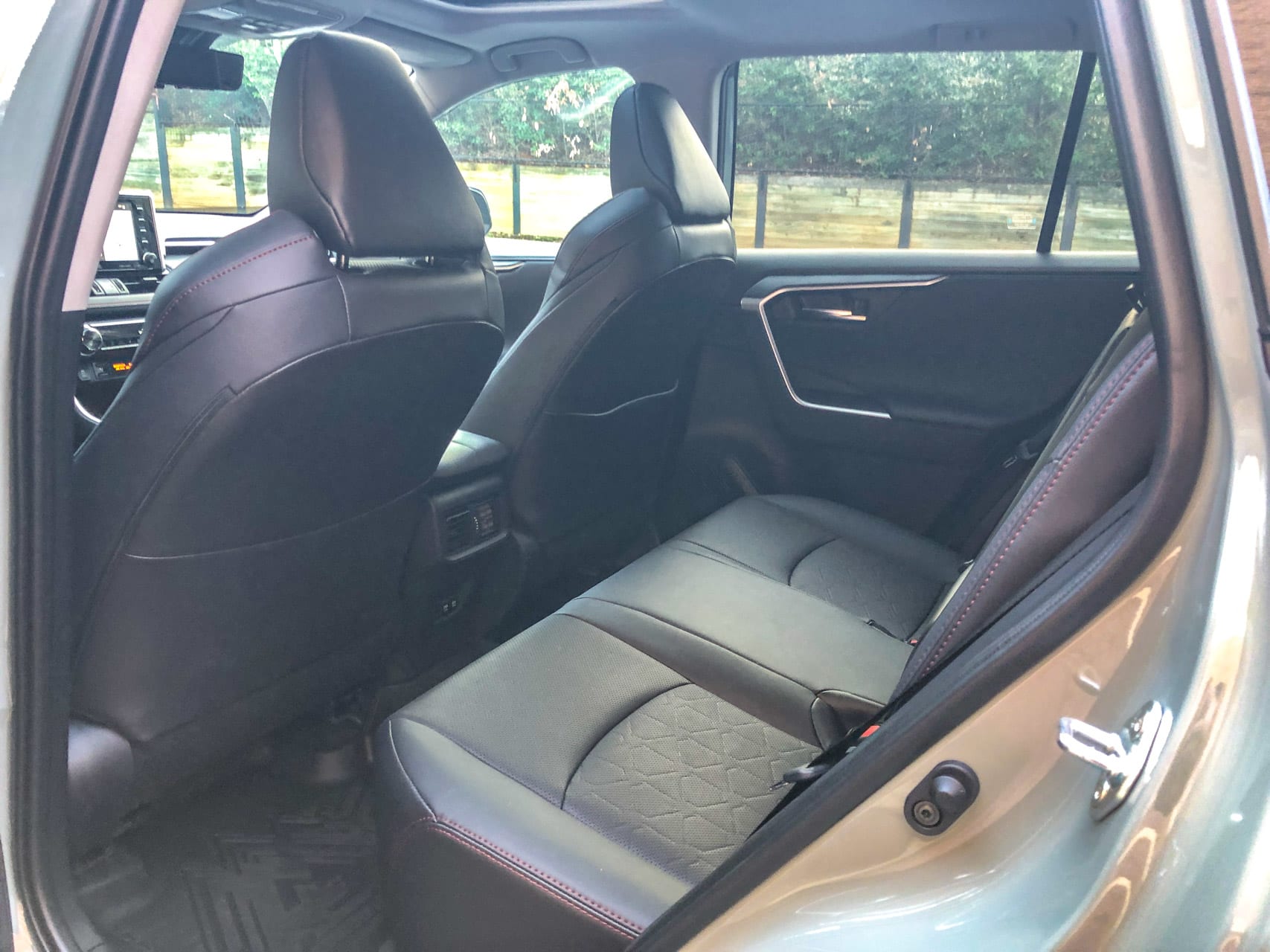 [Disclaimer: Toyota provided this RAV4  for the purpose of this review. All images copyright William Byrd/Hooniverse 2020]