The Toyota Corolla is one of the most successful vehicles of all time. Toyota sold 19,894 of them in the U.S. in the month of September alone. That’s more Corollas in a month than the FRS/86 has sold…well, ever. It works out to over 300,000 a year, which means Toyota will sell one every 1.75 minutes. So you would imagine that a special edition would be pretty special. We got a chance to drive the pre-production 2021 Corolla SE Apex Edition and apparently were one of the few outlets that actually got to try one with the manual transmission (sorry C&D, Motortrend, and Automobile!). So, after a few days of driving the new Apex, did I come down with the Corollavirus? Let’s find out. 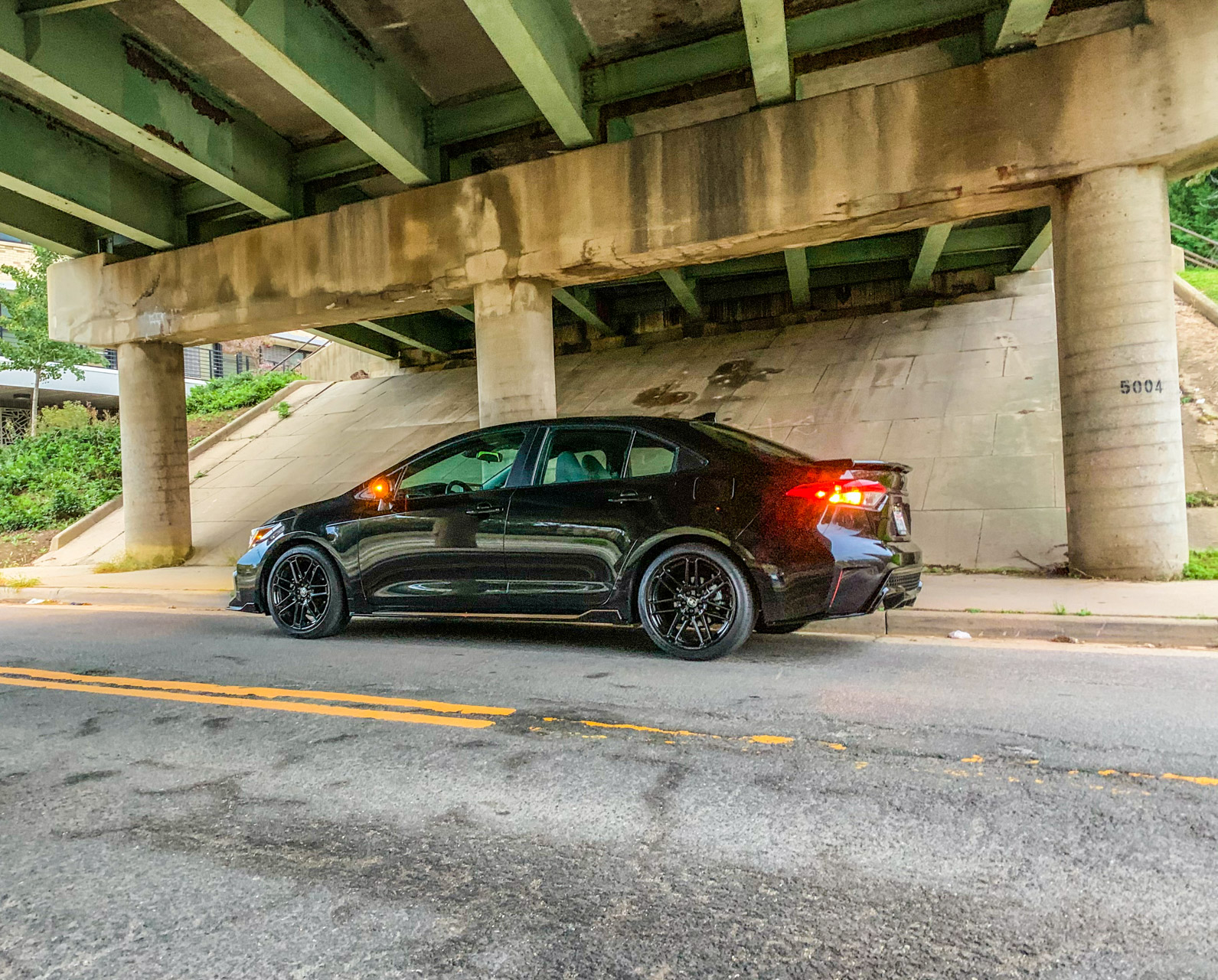 The word “Corolla” is Latin for “small crown” which was a nod to the larger Toyota Crown sedan. The Corolla, also known by a handful of other Toyota names like Sprinter, Allex, Auris, Levin, Conquest, Tazz, Carri, not to mention the Daihatsu Charmant, Holden Nova, and the Suzuki Swace dates way back to 1966. The first generation E10 debuted with fender mirrors and an 1100-cc K pushrod engine and since then we have seen a dozen generations come through Toyota dealers around the globe.

For 2021 you can choose from a sedan or hatch, but unfortunately for the 5-door, the sedan is available in a lot more trim levels. Depending on whether you want petrol vs. hybrid, there are nine different trim levels. 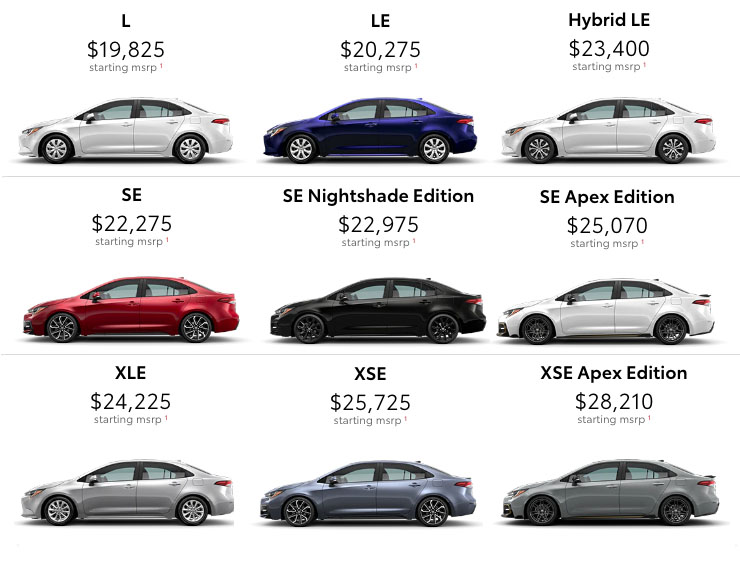 As you can see, the SE Apex Edition we have been driving is right in the middle of the Corolla lineup. Key performance features include:

Other appearance features include:

The engine is the same 2.0L 4-cylinder with 169 horsepower and 151 lb.-ft of torque that all of the other SE and XSE Corollas have. So is the Apex Edition any better than the 2.0L 6-speed 2020 that we drove this time last year?

First, how do you tell the Apex Edition apart from a regular Corolla on the outside? Well, it’s definitely more aggressive looking, although could be mistaken for the SE Nightshade Edition with all the blacked-out trim and bits. The differences between an SE Apex and an XSE Apex are also subtle. The XSE has a black spoiler, while the SE has a body-colored spoiler. This is way more information than you get most places folks, strap in! 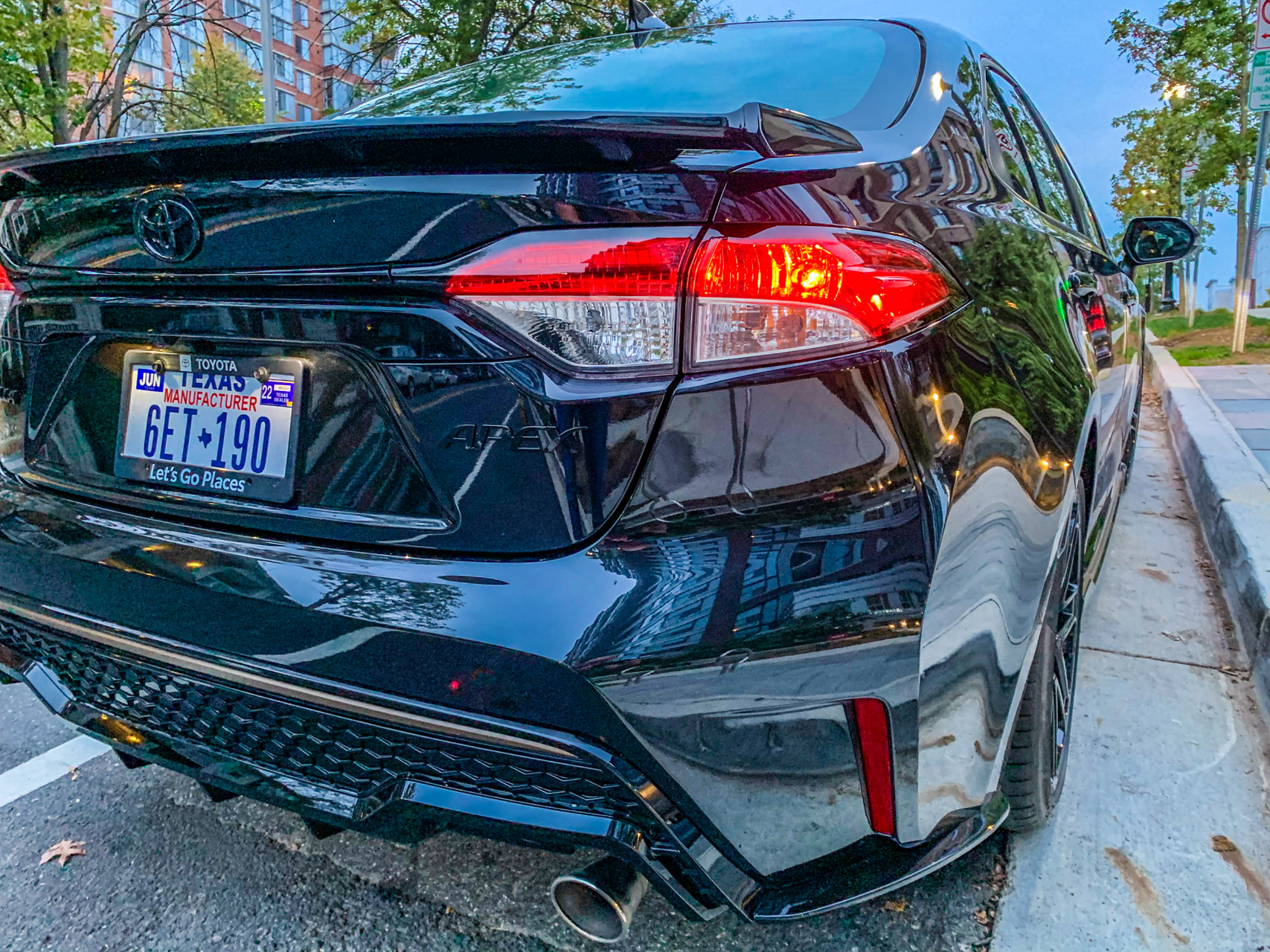 Like a lot of “sporty” cars, the Corolla has a diffuser(ish) looking rear, which will draw the ire of performance car fans. It likely isn’t meant to create downforce along turn 15 at Imola, it’s just supposed to look cool. The Apex also has a larger exhaust outlet and I’ll get into the noises it makes in a bit. 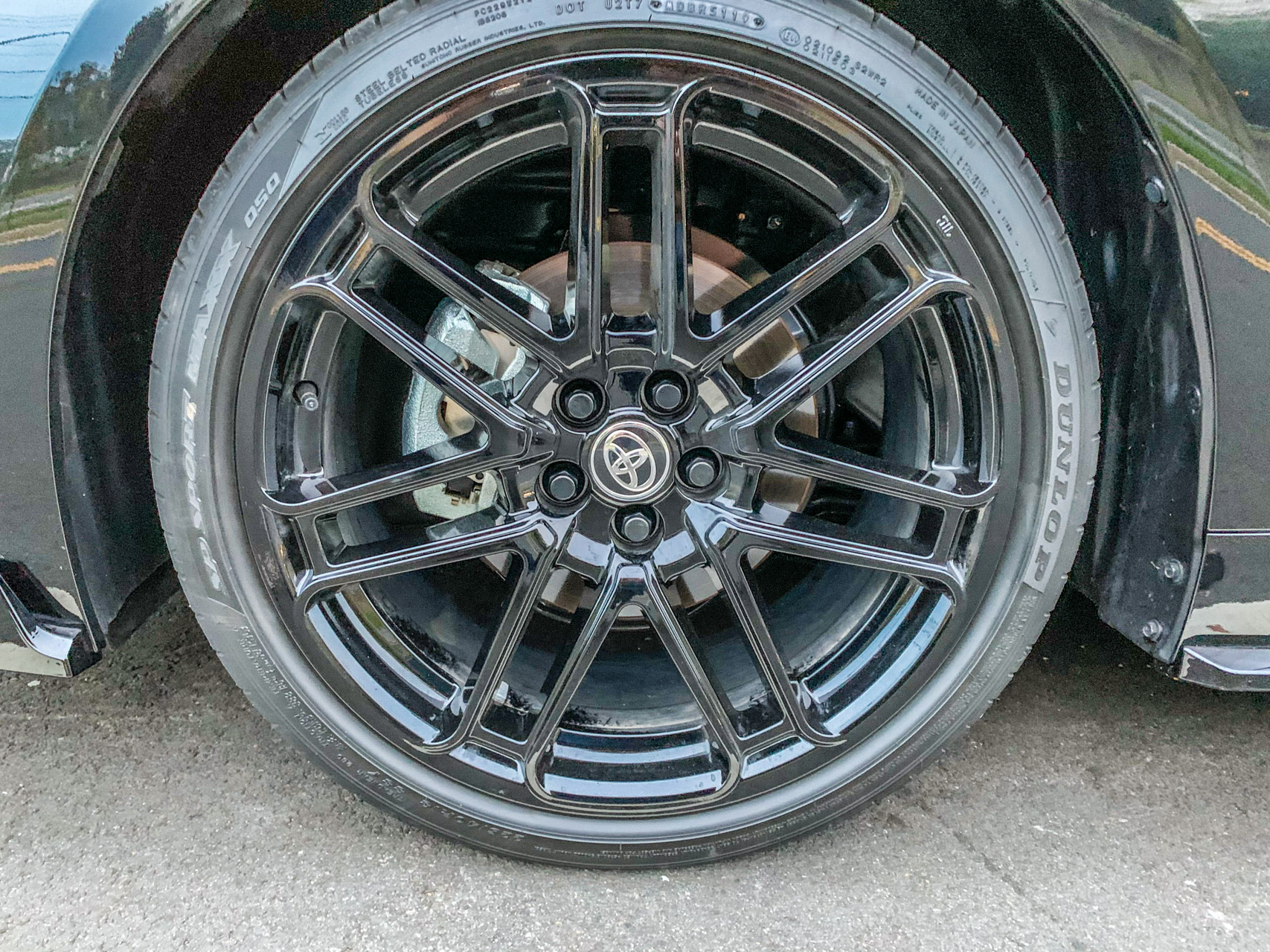 The split spoke black wheels look pretty good, but even at 18″ somehow look small on the Corolla. I suppose that’s just the big-wheeled-world we live in. 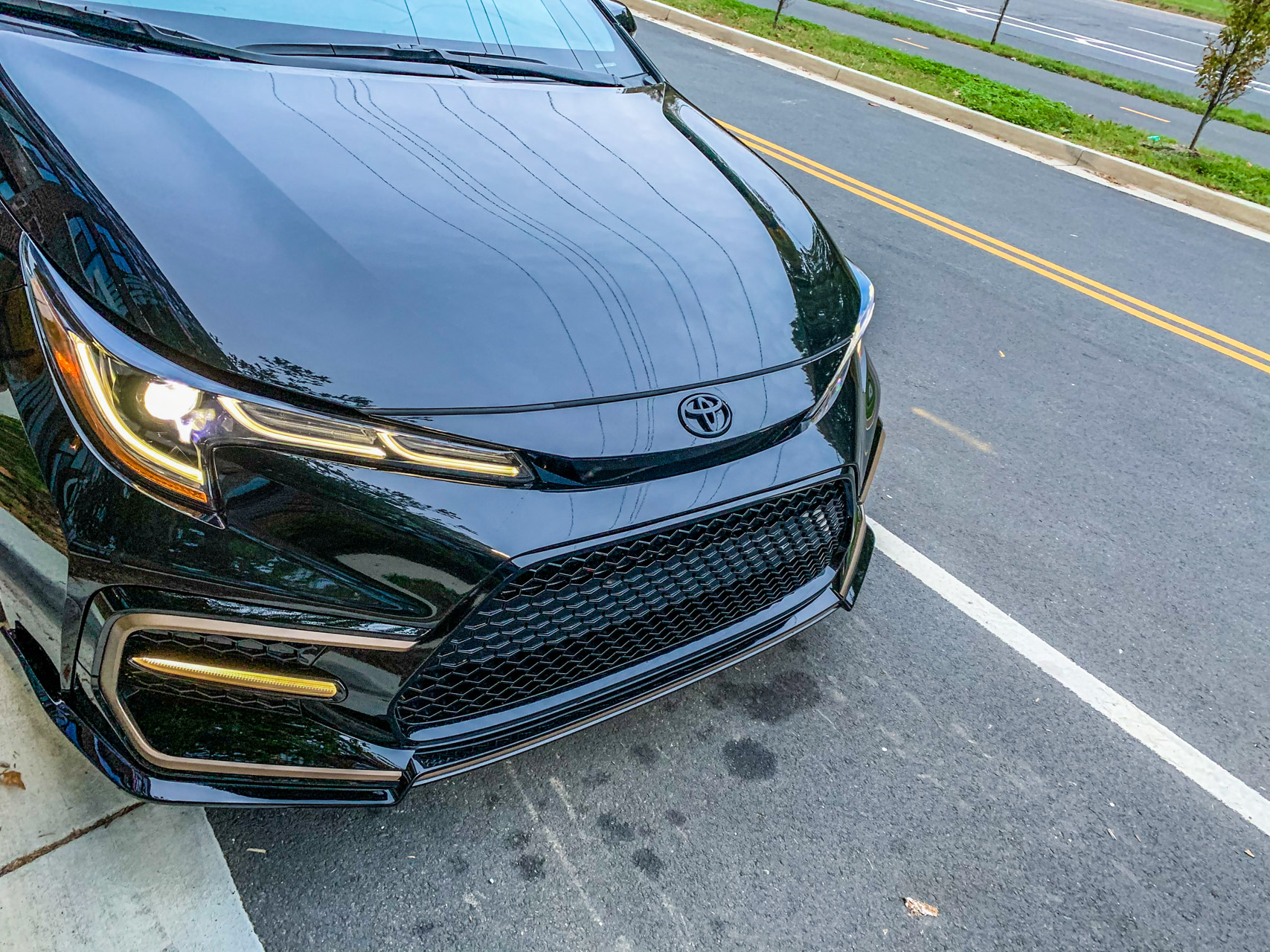 The front is a nice mix of aggressive lines that don’t quite look overdone, but approach the line and may dance on it slightly. I like the integrated light strip between the bronze accents. 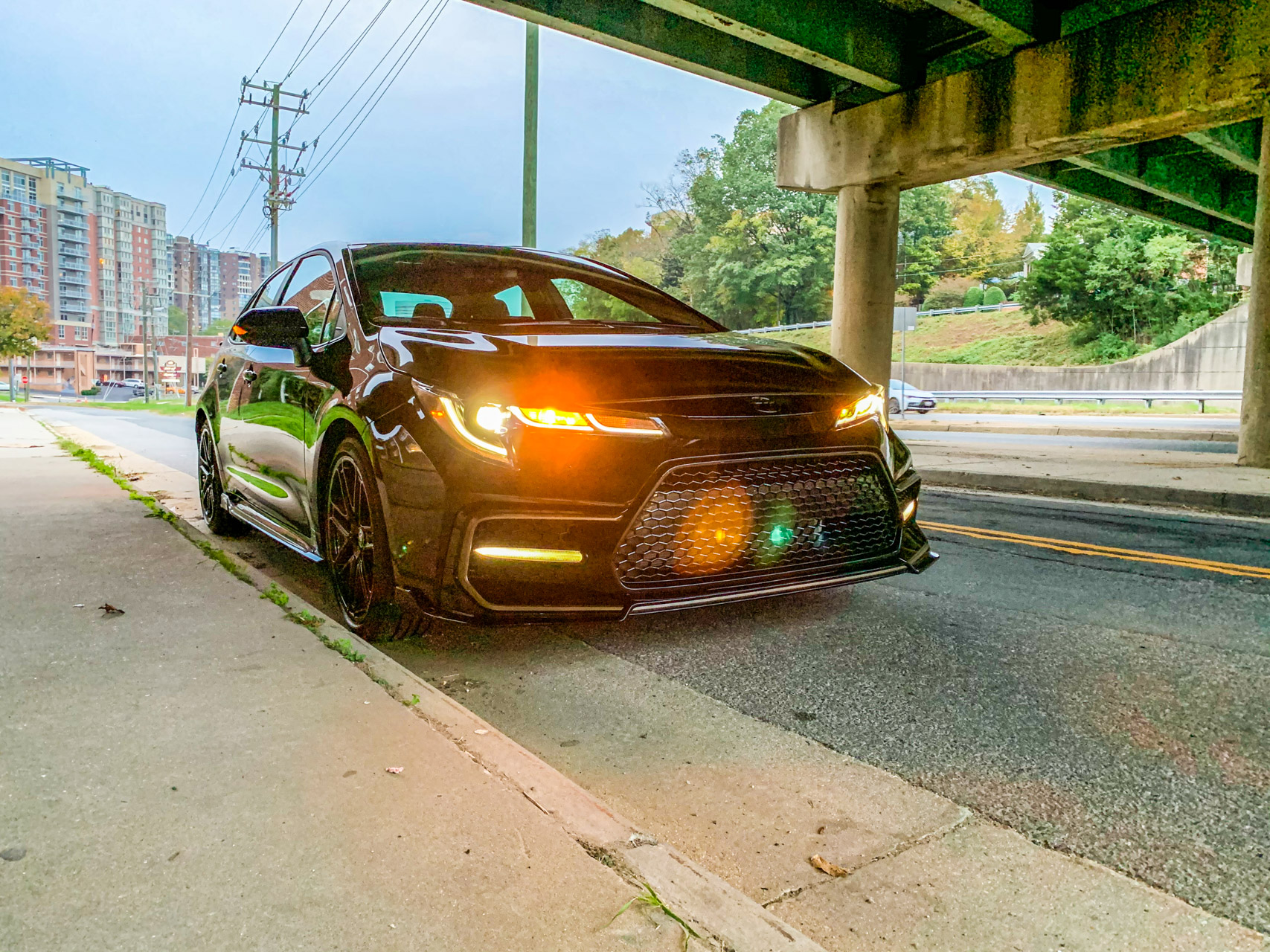 Check it out, I perfectly captured a more pedestrian Corolla passing by at the same angle! You guys are so lucky to have me.

Inside, the SE and XSE differences are a bit more apparent. The more expensive XSE has “SofTex-Trimmed Heated Front Sport Seats” with “Sport Fabric Inserts” (i.e. better seat material) and moonroof, heated mirrors, an upgraded touchscreen (but has the same eight-inch measurement as the “downgraded” one), and an (actually) larger center driver info screen. Still, our test car looked pretty good inside. 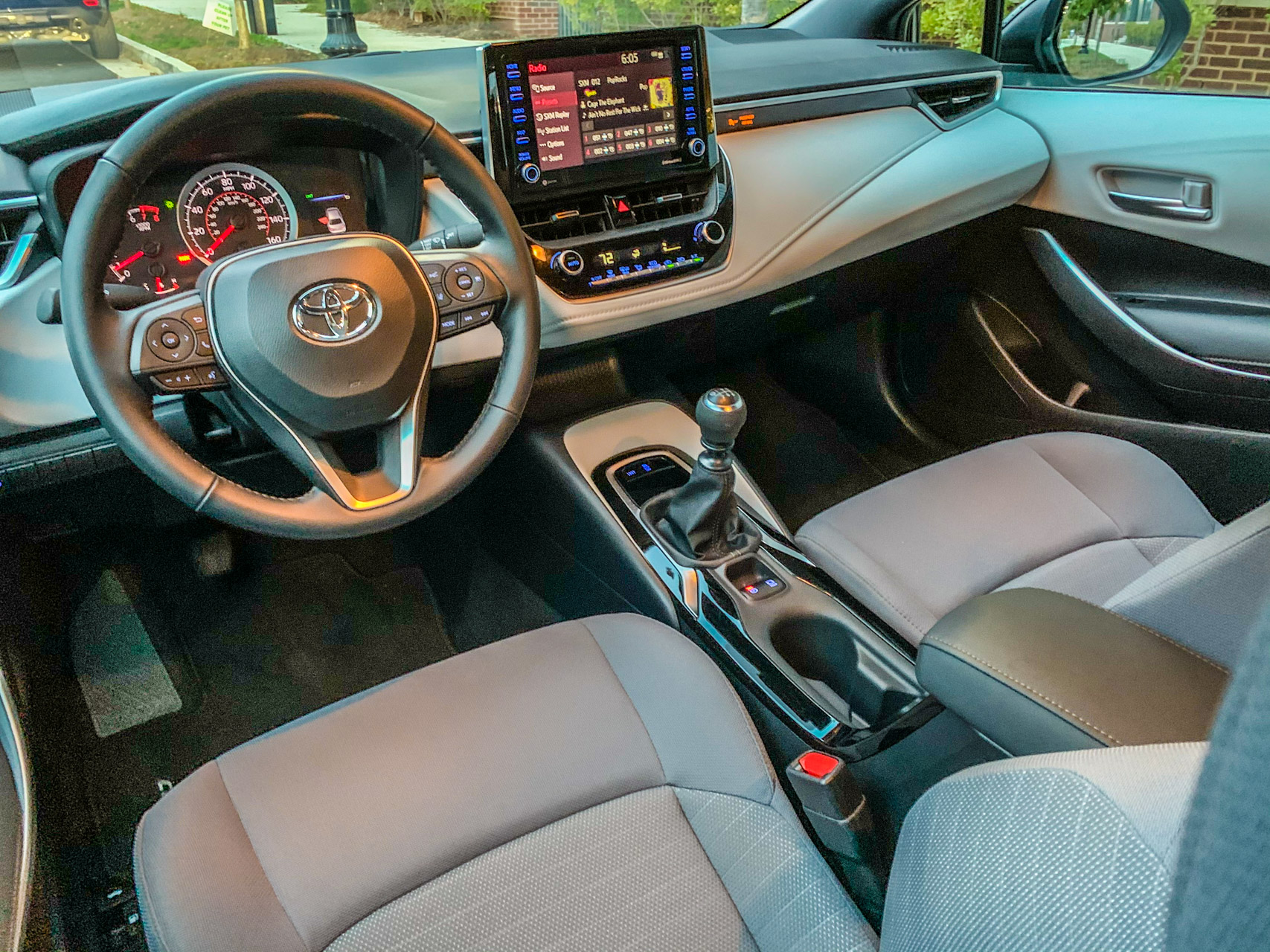 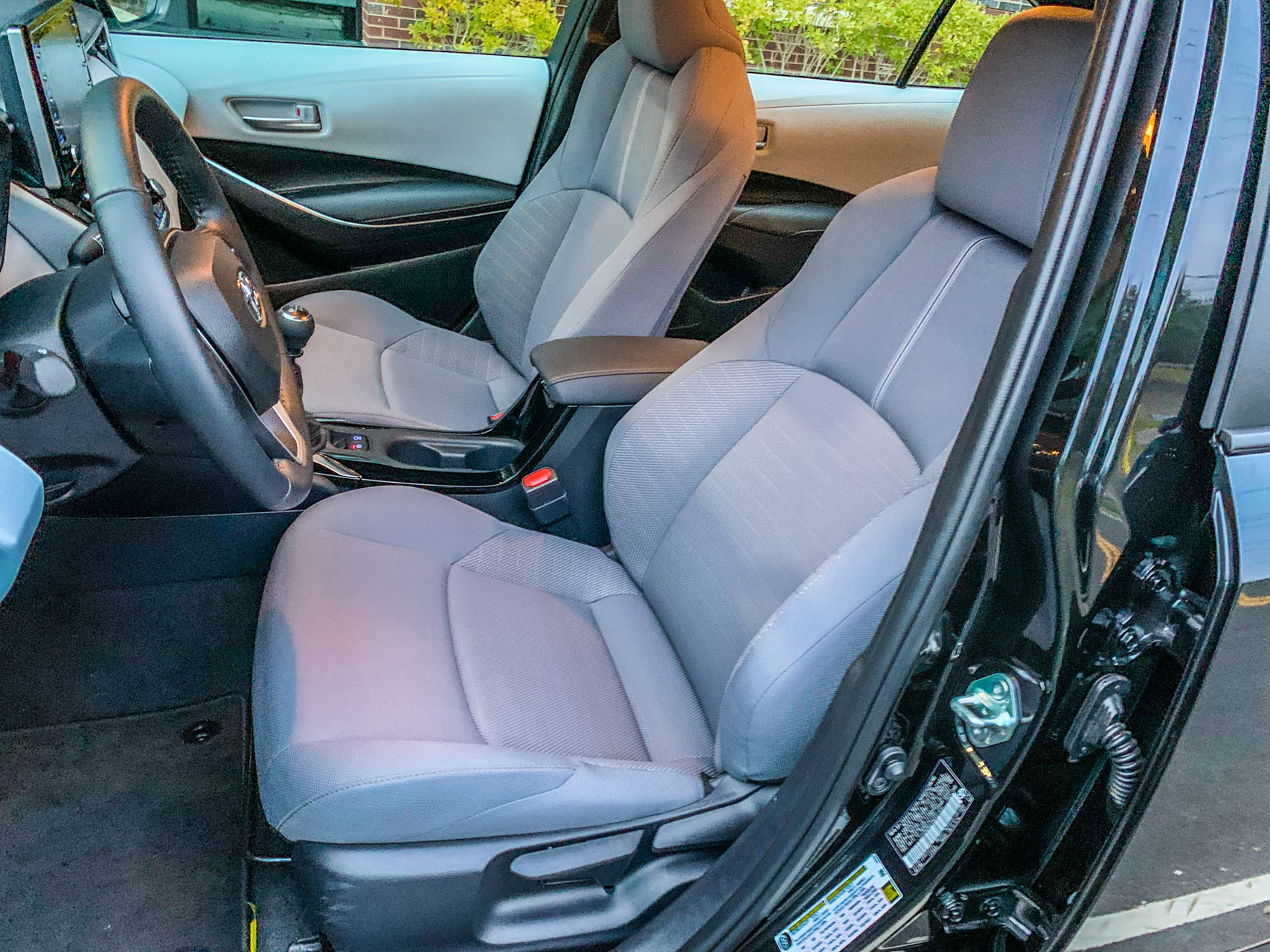 The seats were fairly well-bolstered on the sides and bottom. Elsewhere, the Apex is generally the same Corolla you would expect. For a small car, it has decent room in the back, and everything is pretty ergonomic. 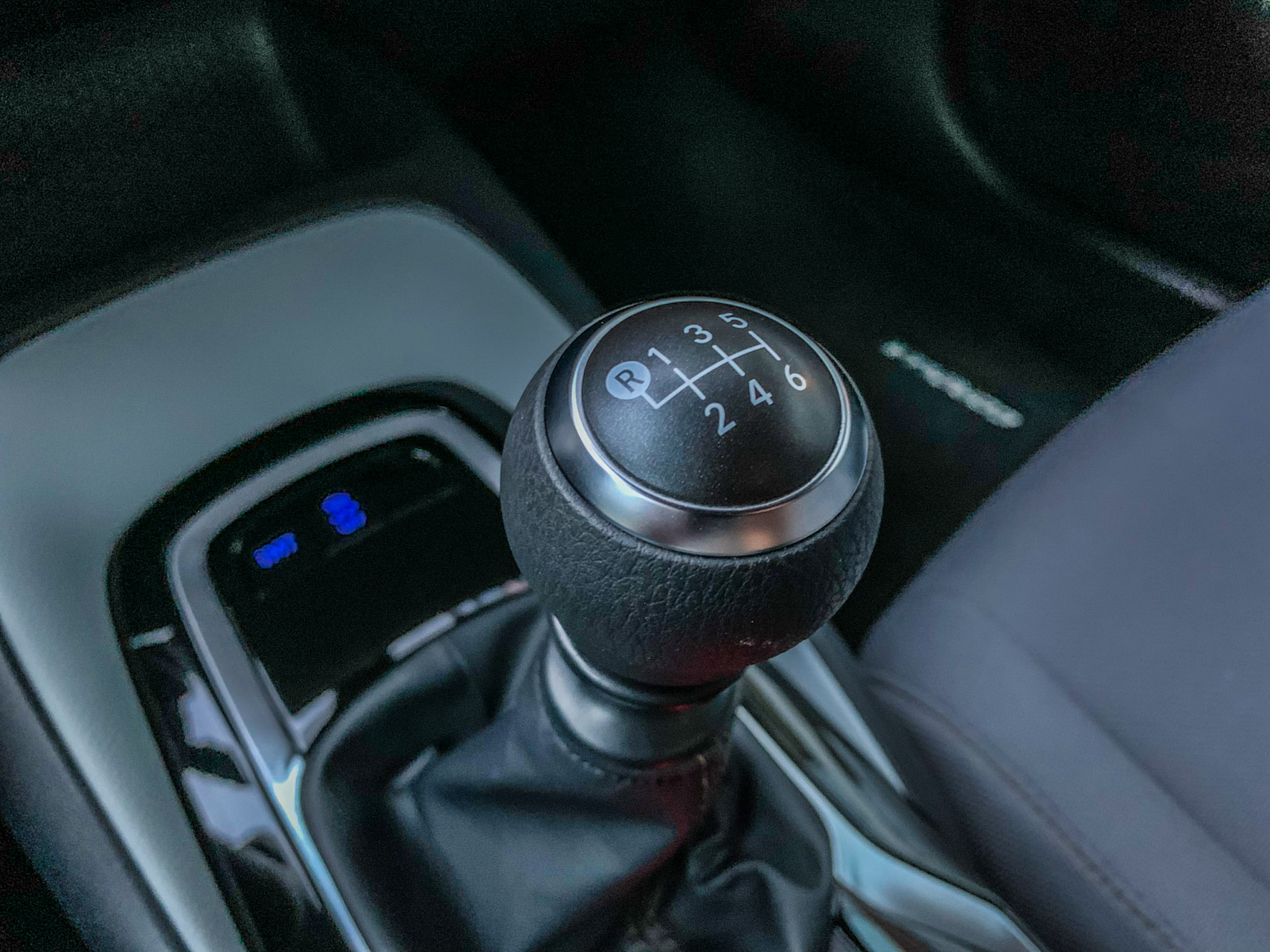 I will start this section where most reviewers started their entire article, the ride is punishing. The average Corolla buyer had better test drive the Apex before plunking down a down-payment because they are in for a surprise. However, the “sport-tuned suspension” does an admirable job at upping the fun factor. What does “sport-tuned” actually mean, well the Apex is lower than the average Corolla by 0.6 inches, and the engineers beefed up the anti-roll bars and tuned the dampers. The Dunlop Sport Maxx 050 summer tires fitted on our car are available as a no-cost option, but I imagine a lot of owners may forget that bit come winter, which will make for a bad scene. 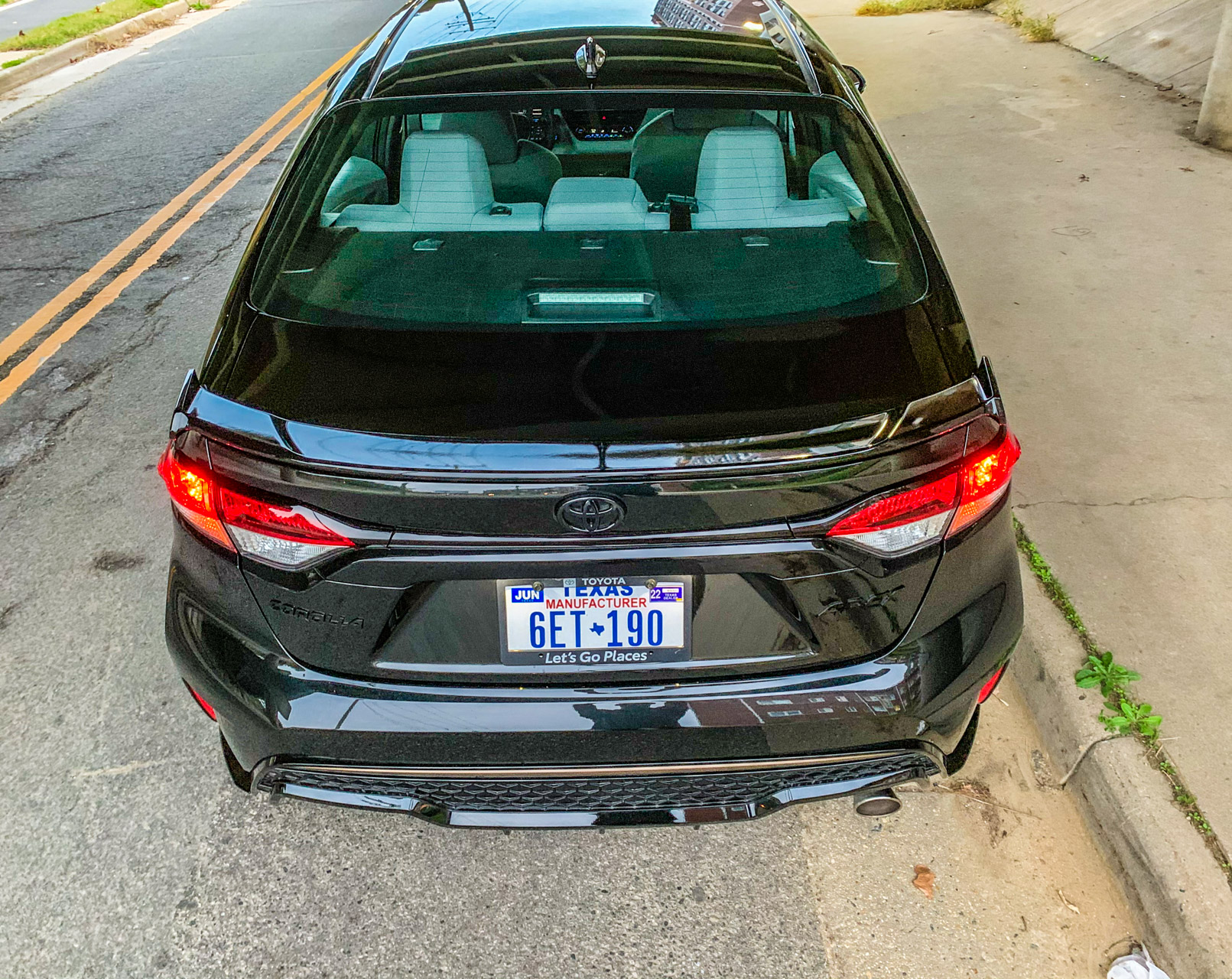 The elephant under the hood is still the fact that the Apex is saddled with the base 2.0L engine. 169 horsepower would only be sort of impressive back in the late 1990s when a B16A2 Civic Si was making 160 horsepower. Today it’s way less than the 201 horsepower Veloster Turbo I tested recently, but at least it’s 2hp more than the Civic trim levels that are available with a manual transmission. In day-to-day driving, it’s not bad, and the manual helps you keep the power in the right band coming out of the curvy bits.

And speaking of the manual, the iMT feature on the Corolla is kind of neat. Push it and it rev-matches your downshifts, not something most economy car buyers would likely look for, which explains why you have to “opt-in” each time you start the car. Interestingly, the XSE gets a “sport driving mode” but is saddled with the CVT as it’s only transmission, which means the SE is clearly the winner of the great Corolla Apex Wars.

When you wring out the Apex into the higher RPMs the exhaust note a bit more noticeable, but I agree with some other reviewers that it’s a bit “buzzy”. The exhaust is clearly louder than a normal Corolla, but not very loud, a trait that may be considered a positive I suppose. It depends on the buyer.

And that’s the problem, I was left wondering who the Corolla Apex was built for? It’s not fast enough to be considered part of the sport compact crowd, whose numbers were already dwindling once all the Ford STs left dealer lots. It’s basically a front-wheel-drive car with an appearance package and a better suspension. Clearly not going to sway a lot of the Initial-D watching, Trueno-loving crowd. I suppose it’s for the buyer who wants something fun and reliable, and it is both of those things likely. At $25,000-$28,000 starting MSRP, that’s not an insignificant amount of money. So we’ll have to see how it does, I’m sure the “limited” run of 6000 units will sell well, just like all Corollas.

Speaking of MSRP, quick teaser, I just spent a bit over $30,000 for near 500 horsepower, more on that in the coming weeks. 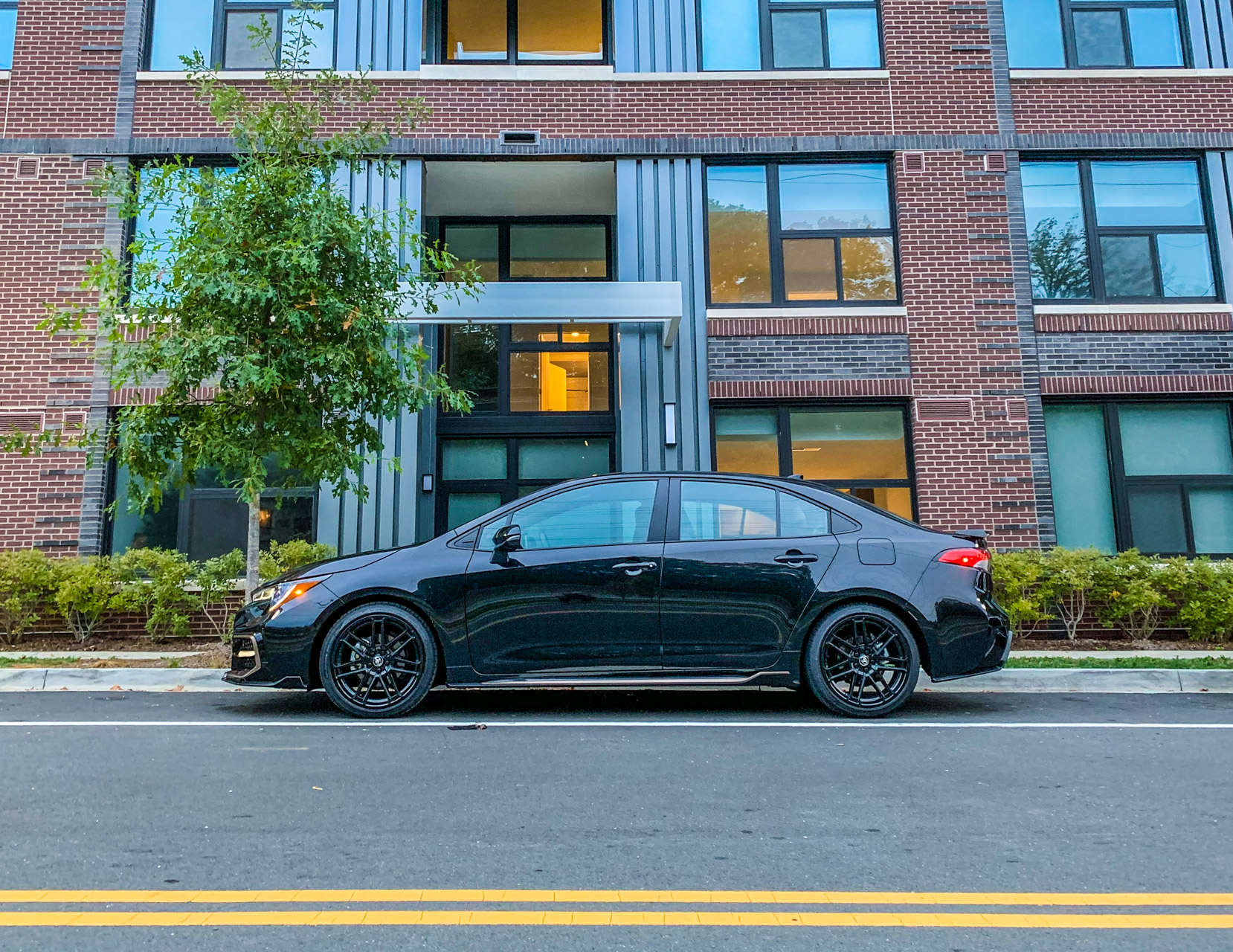 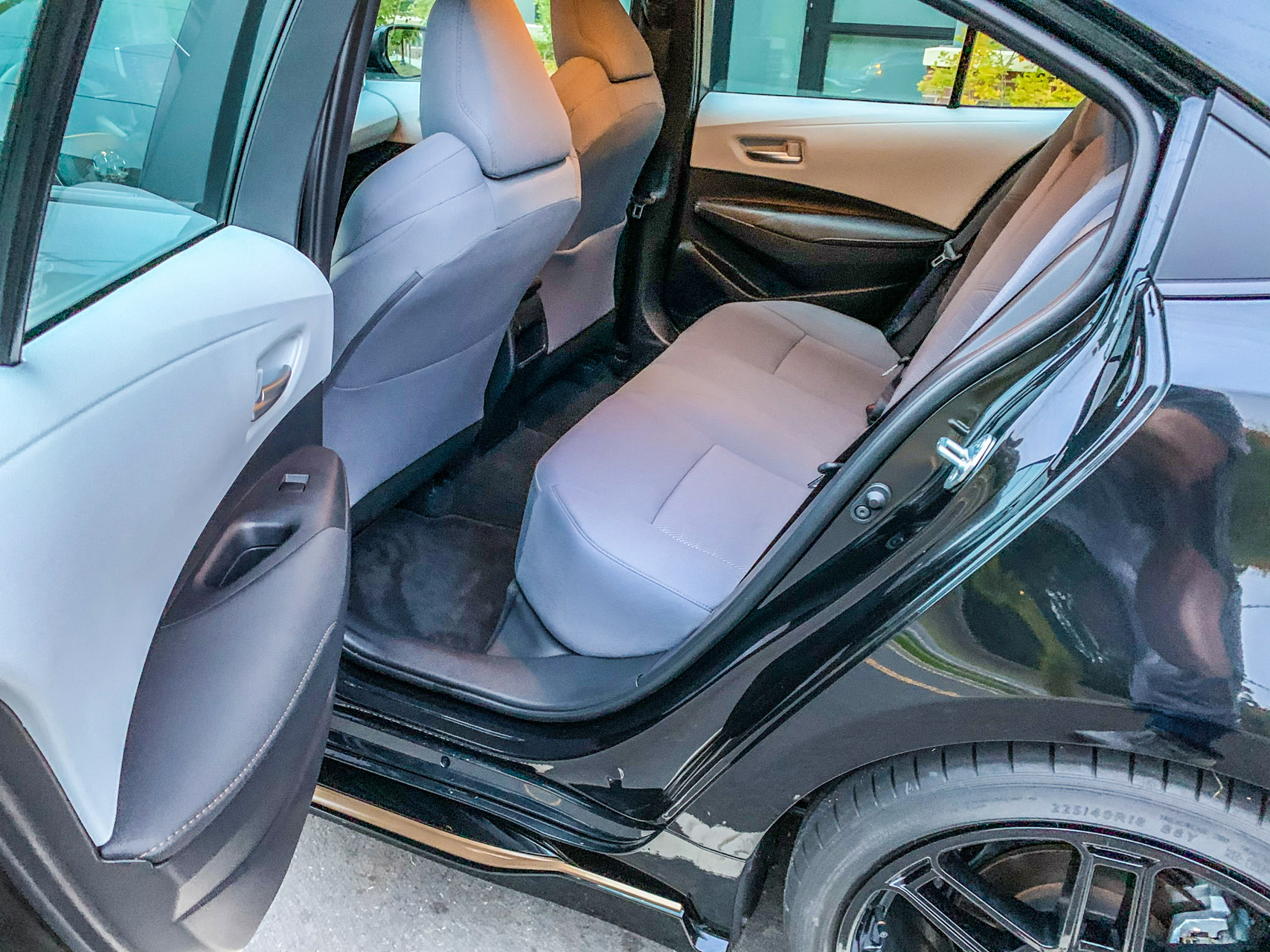 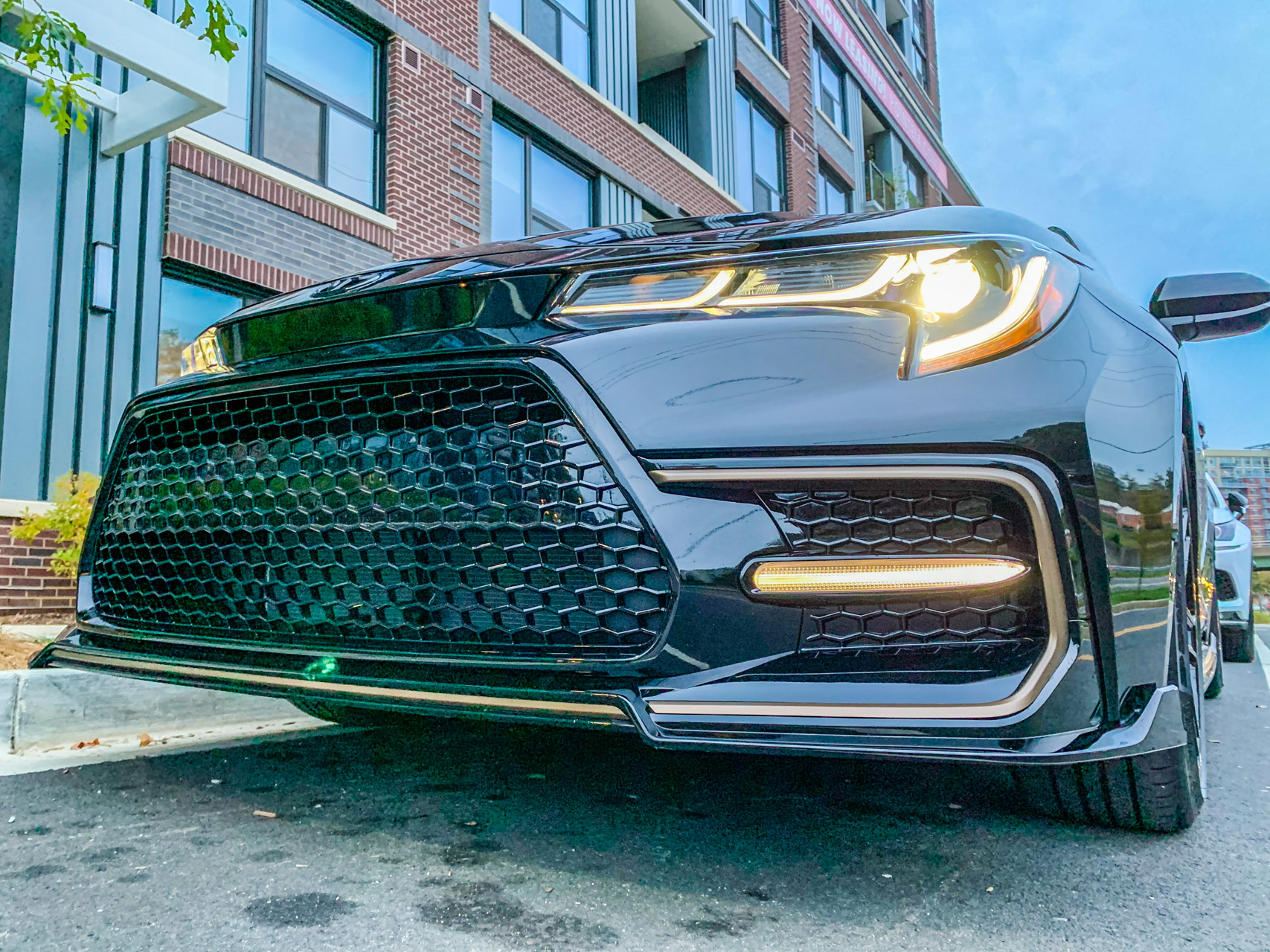 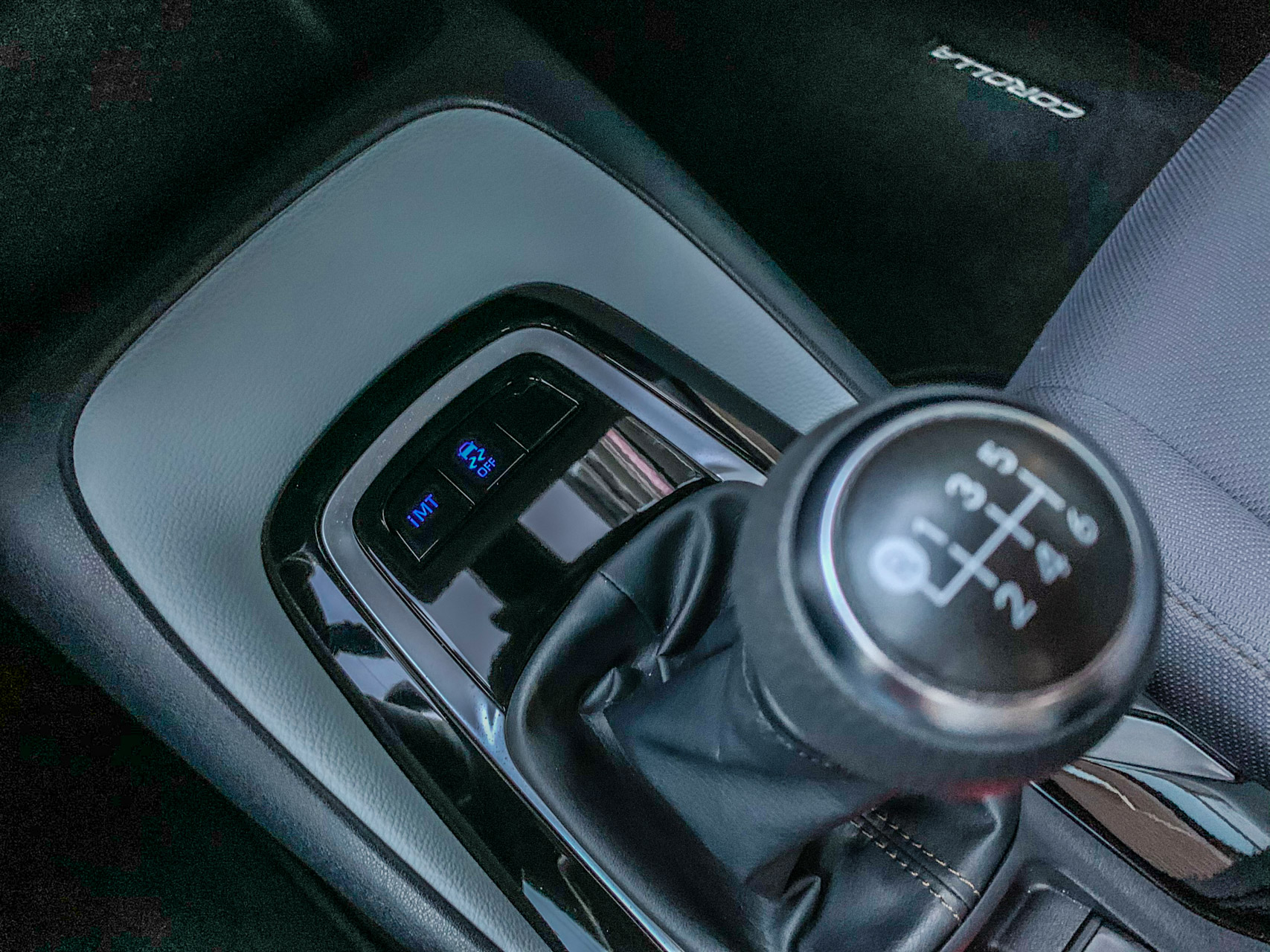 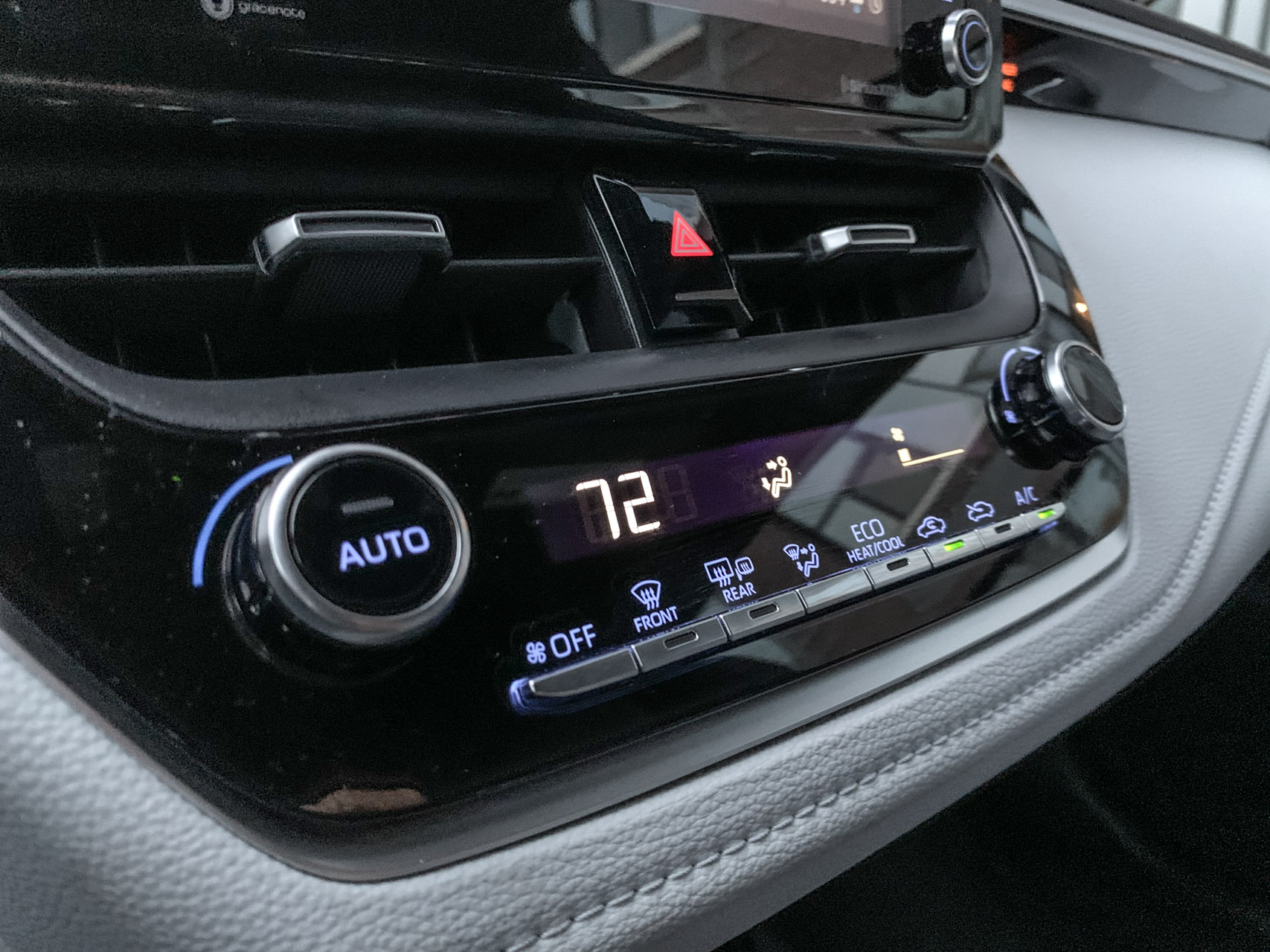 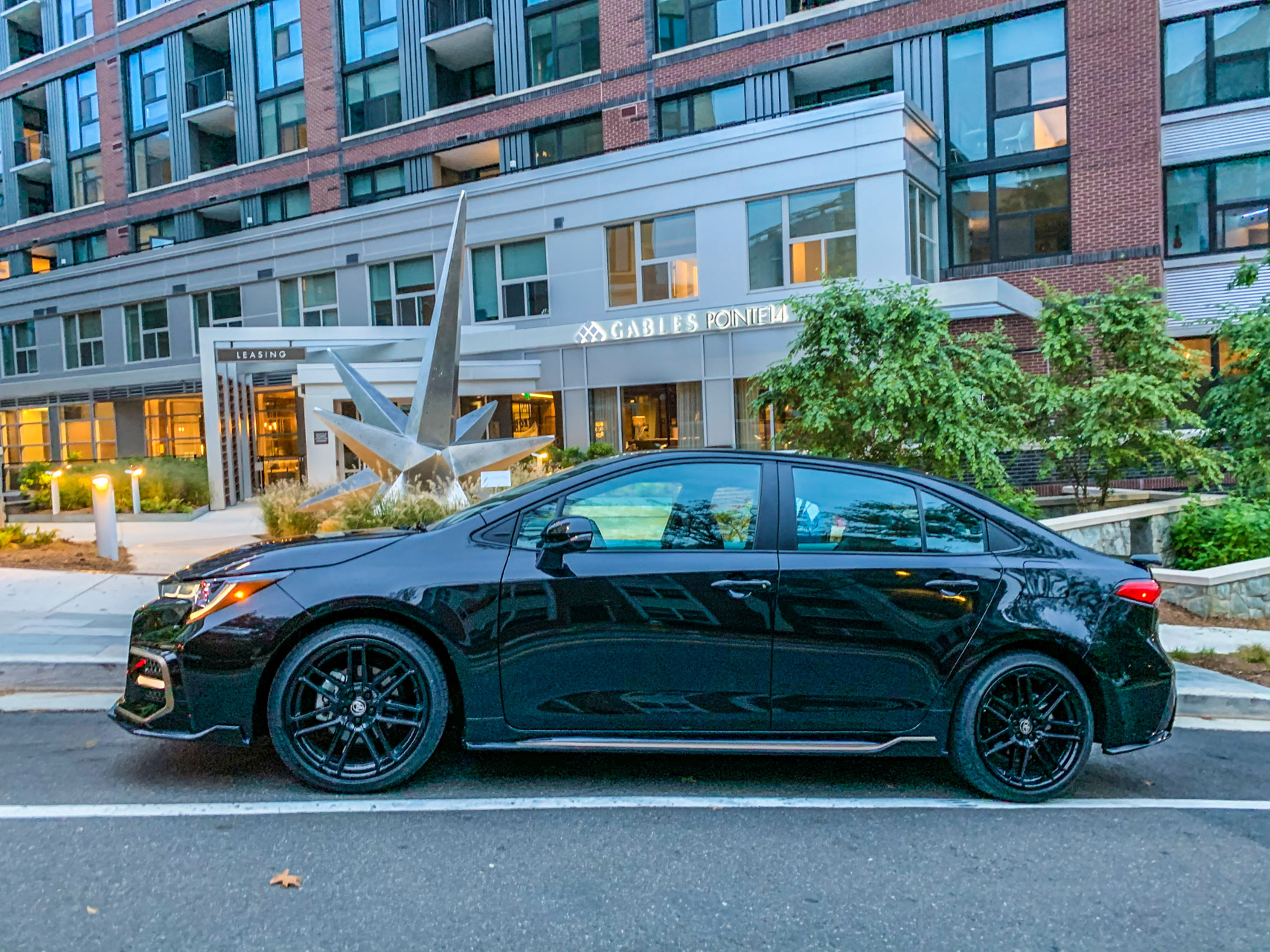 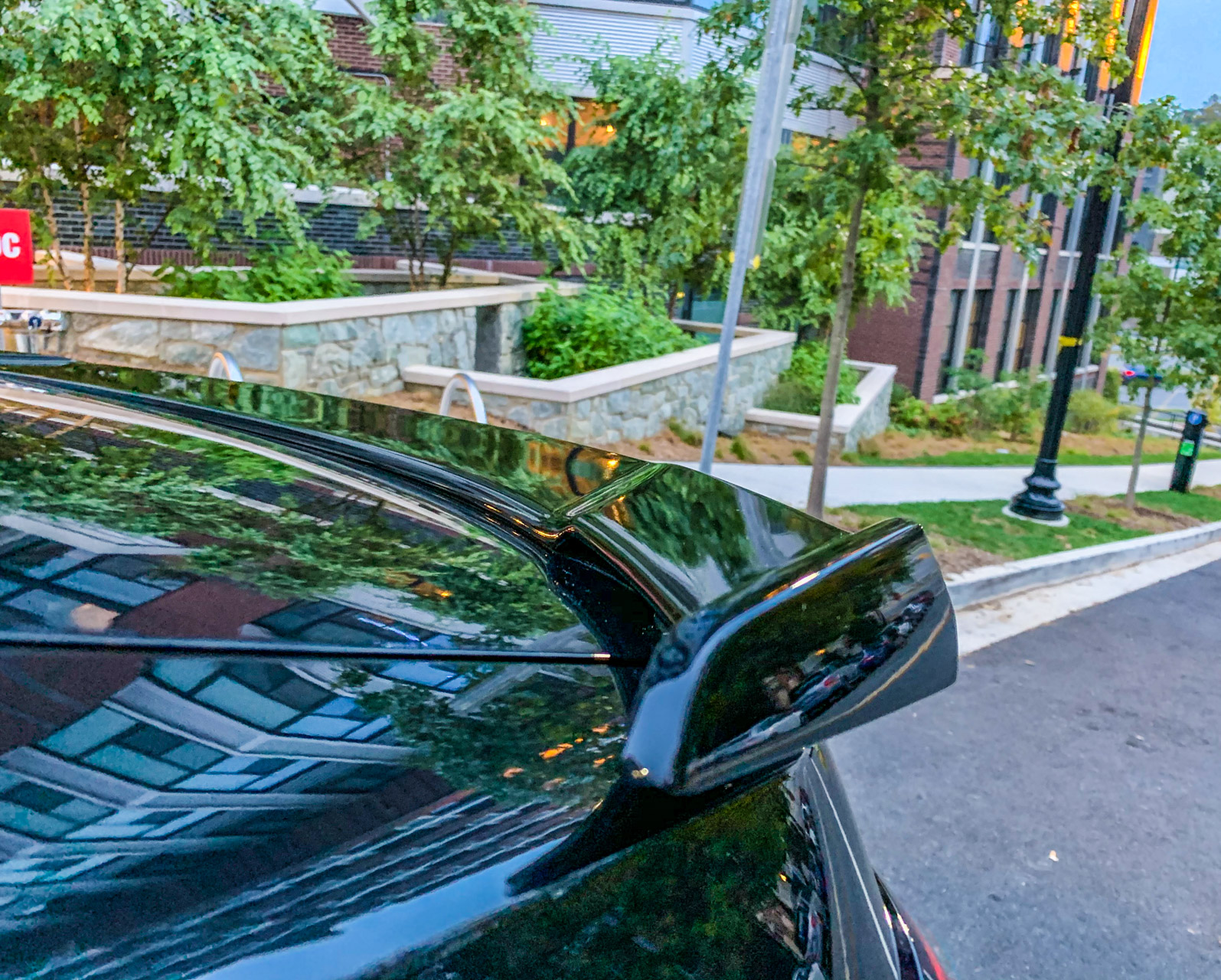 Disclaimer: Toyota provided the vehicle for the purpose of this story. All images via Hooniverse/William Byrd.