It’s not hard to get nostalgic for the hot hatchback, they deliver a great mix of performance and practicality. Many of your favorite automotive TV presenter-types have pined for an original Mk1 GTI over the latest supercar while on camera. I like to try and tell a running story during these reviews, and my history with the hot hatch is certainly relevant. In fact my first car was a hatchback. Even though the 125 horsepower DOHC 4-cylinder in my Nissan Pulsar NX wasn’t quite enough (and yet too much at times), the hatchback coupe was a fantastic first car. Since then, I have had a mix of hatchbacks, the latest being a 2014 Focus ST. In the end, I only got rid of it because it was a rather boring shade of silver…and because I have a car problem.

Do you know how many new 2020 hot hatchbacks are left on the market? I’m sure you’ll tell me in the comments, but it’s pretty sure its not many. When I say “hot hatch”, I’m talking non-lifted (sorry CUVs) with near, or over, 200 horsepower and a liftgate in the back. The Hyundai Veloster Turbo is one of the few left, and I’ve been driving it for the past week! 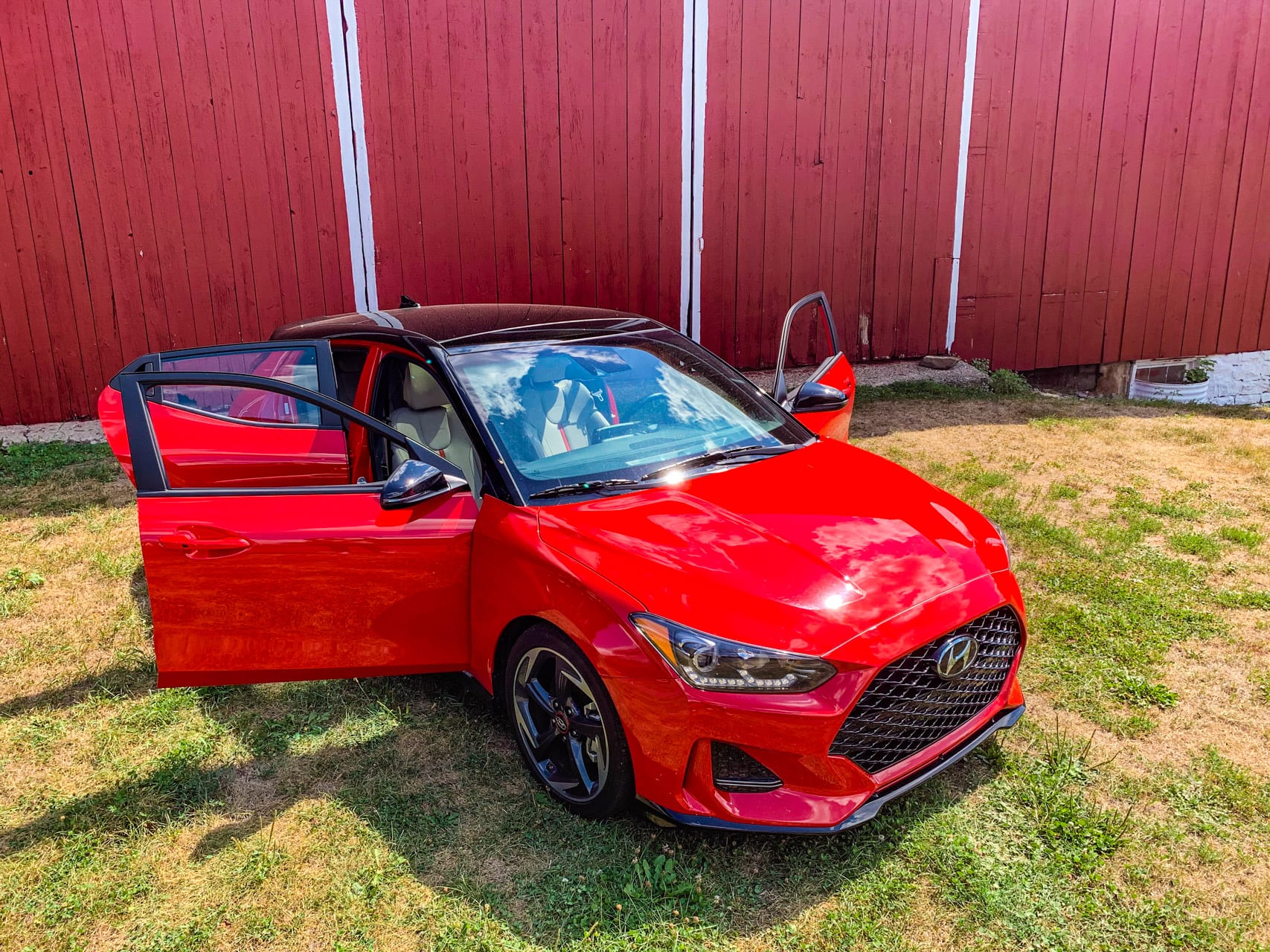 The 3-door (4-door?) Veloster lineup is legit. While the base 2.0 isn’t really in the hot hatch territory with an unimpressive 147 horsepower, the 201 hp Turbo models and the Veloster N very much hit the mark. The base 2.0 Veloster starts under $19,000 and the 2.0 Premium adds luxuries, plus a few grand to the sticker price (2021 prices listed, Hyundai removed the 2020 Veloster from their website already).

The Turbo models start with the sporty, and 6-speed equipped, Turbo R-Spec at $23,450, and the regular Turbo and Turbo Ultimate build the list of luxuries, but you lose the manual tranny. 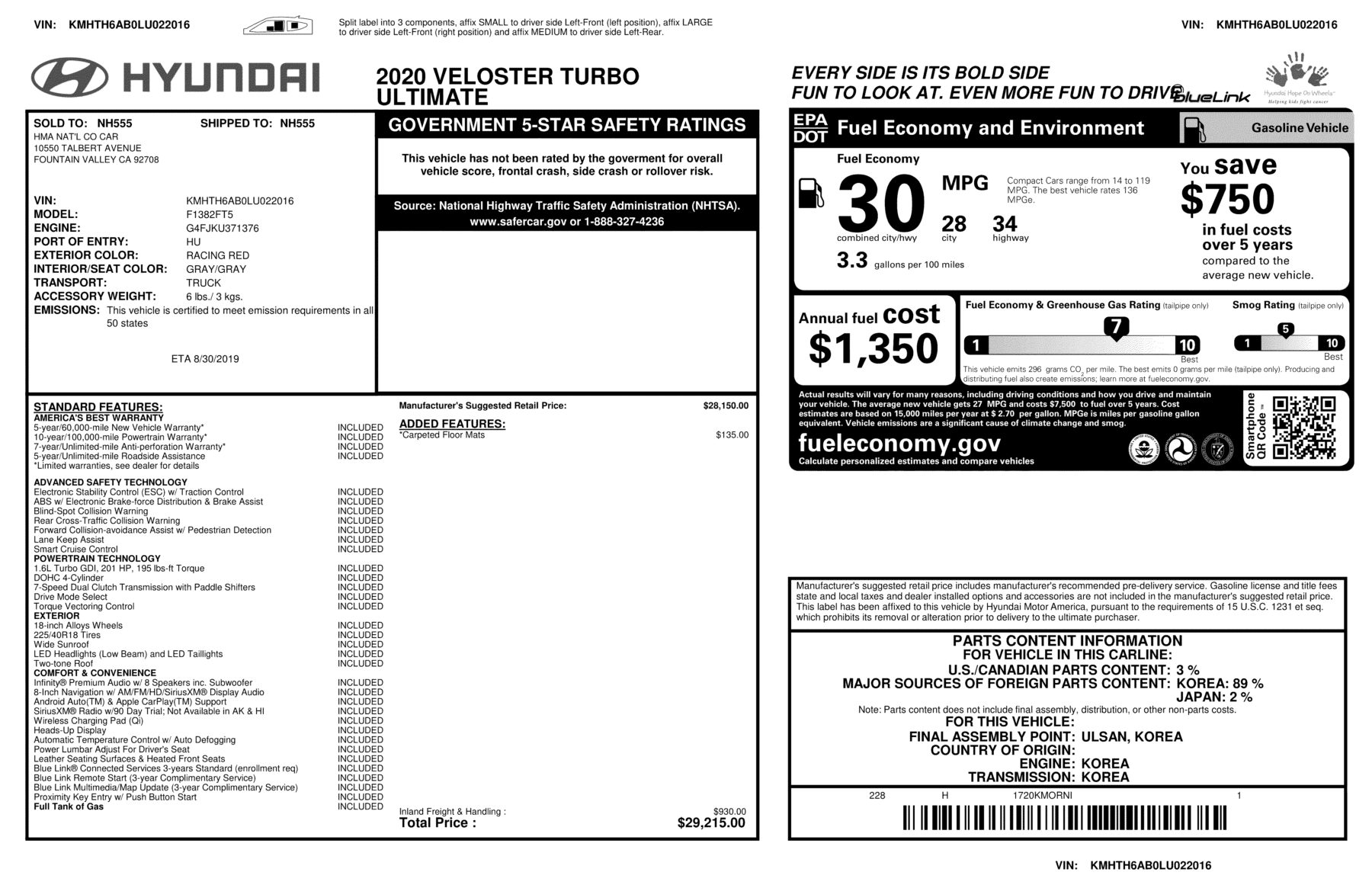 The Turbo Ultimate comes in a choice of red, orange, two different greys, and white. And that’s about it when it comes to choices you’ll be asked to make. You get a choice of interior, a grey (according to Hyundai, looks white to me) leather and then you can always tack on some of those “other” accessories like cargo nets. The Turbo Ultimate pretty much has all of the options you can get in the Veloster lineup.

It is powered by a 201 horsepower 1.6-liter turbo GDI 4-cylinder engine with 7-speed Dual-Clutch Transmission. True enthusiasts will opt for the manual R-Spec, or perhaps another option that I’ll meNtion later, but the Turbo Ultimate provides a lot of car under $30,000. 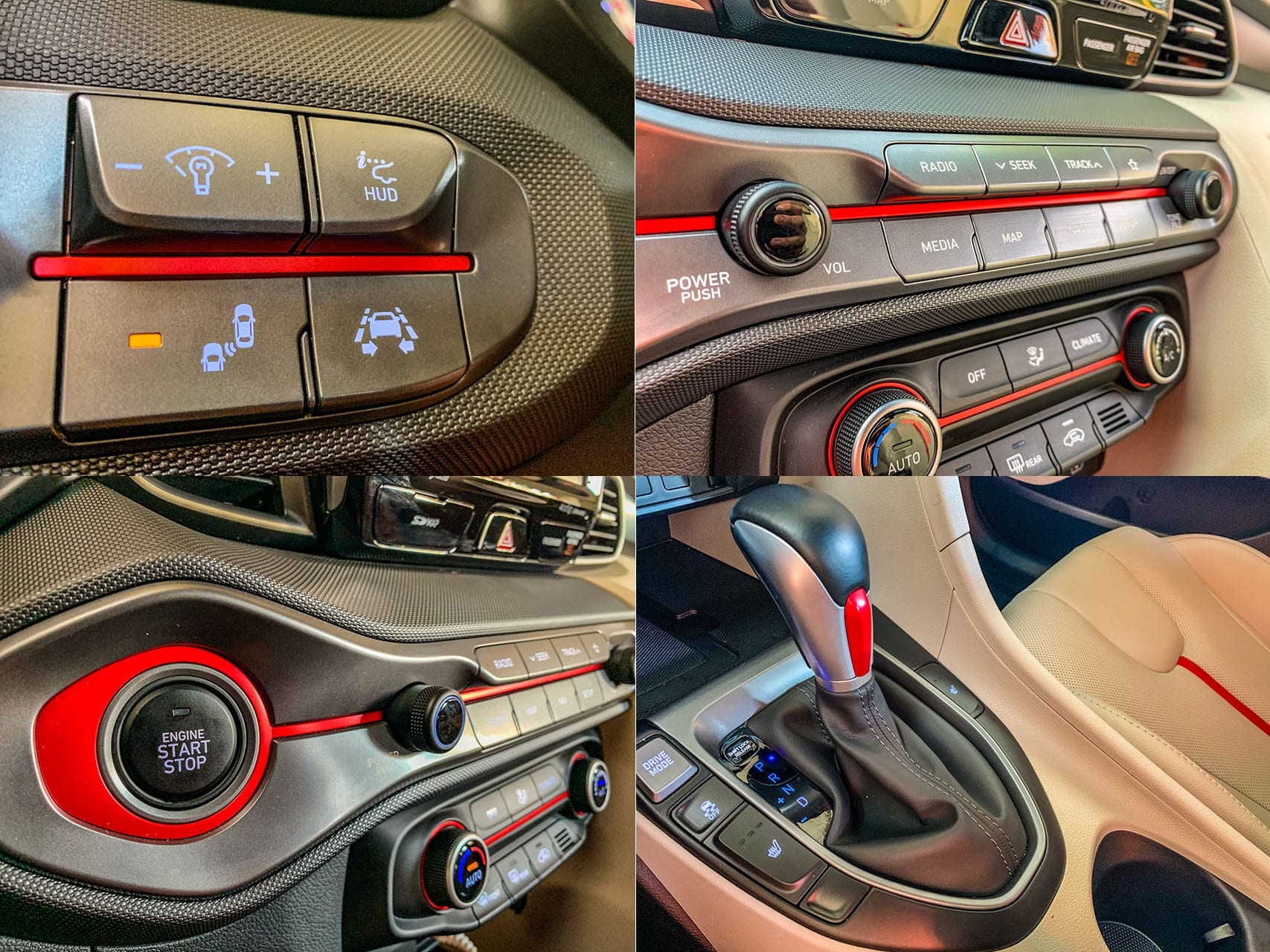 The Turbo Ultimate is awash in faux carbon fiber and red accents. It’s a look that I sometimes like and sometimes hate. Many of you weren’t a fan of the look in the Camry TRD, but it generally works well in a small hatchback like the Veloster.

The seats are supportive and well-bolstered, but I found that the light color picked up stains very quickly. 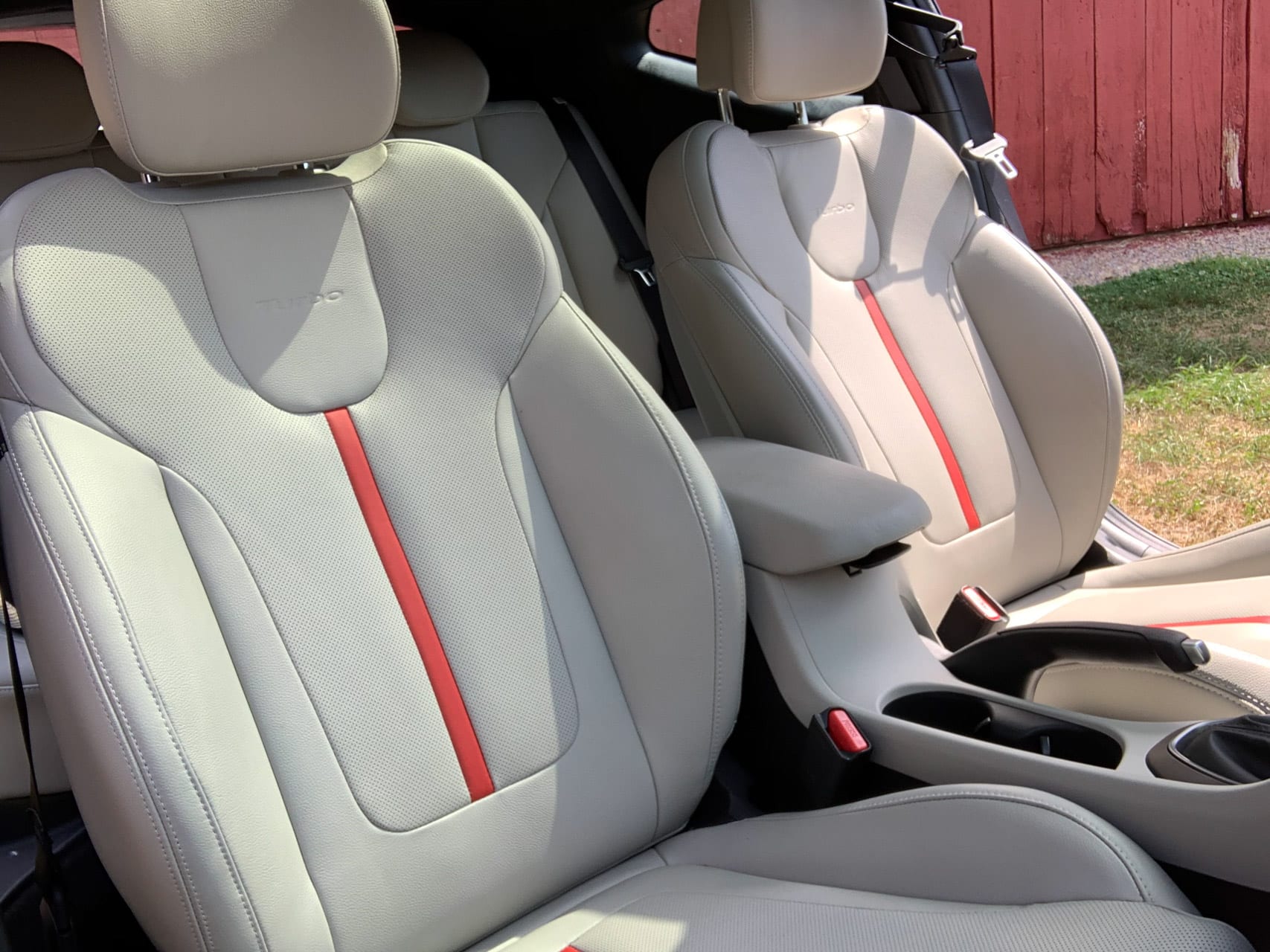 Unfortunately, Hyundai has followed Mercedes, Audi, and others into the “tacked-on screen” realm.  Honestly, I like their iteration better, since it doesn’t look like it’s glued to the top of the dashboard. The overall fit and finish of the interior is solid, especially for a car whose price tag starts with a “2”. The Hyundai infotainment system and Infinity audio is quite good, as was the Apple CarPlay integration. Hyundai fitted the Veloster with just the right number of buttons, I always felt as if the control I needed was at hand. 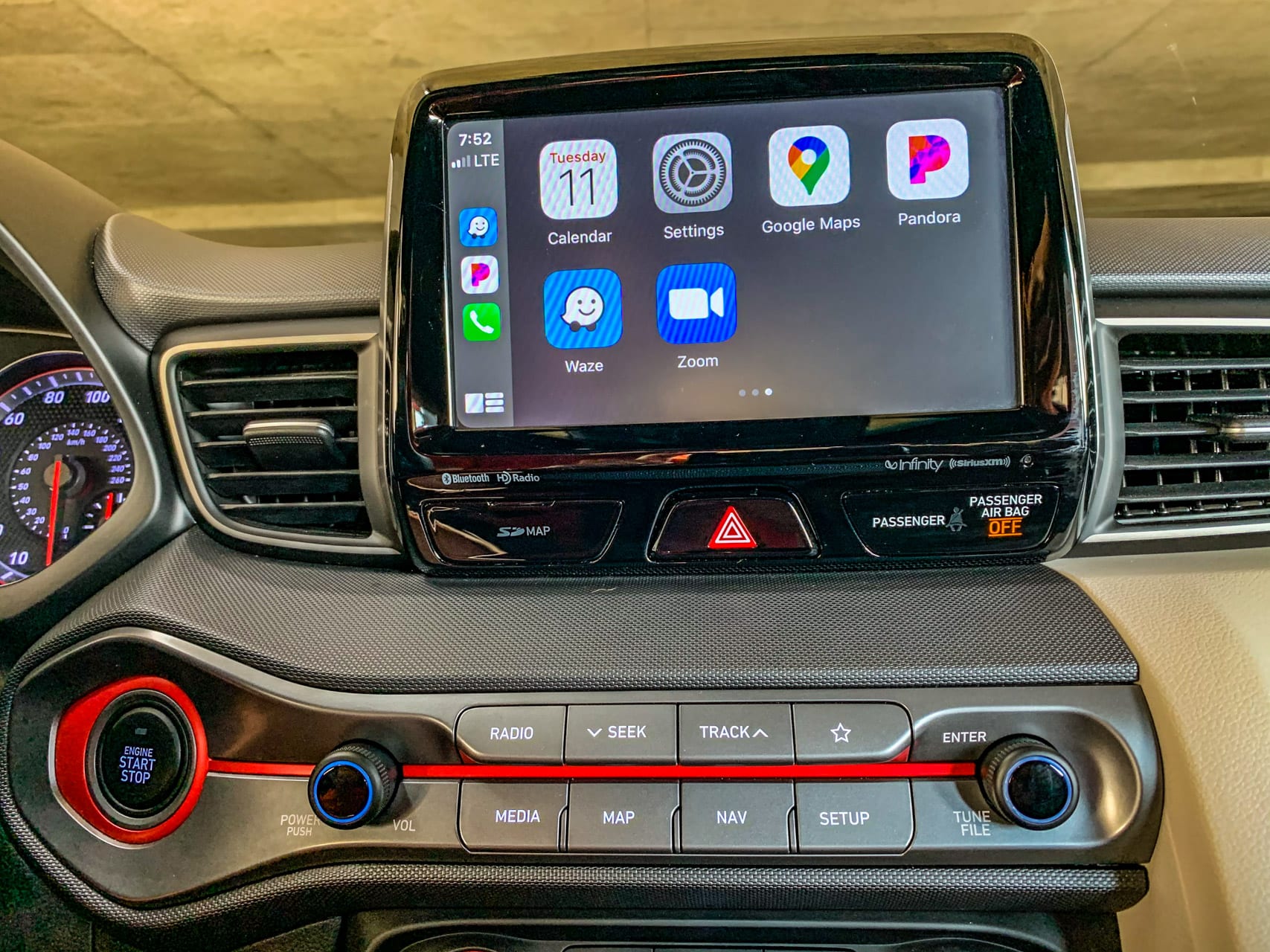 The Veloster’s looks are an acquired taste. Not like “Nissan Cube” or “Nissan Rogue” acquired, but acquired nevertheless. I initially found the first generation to look a bit eggy, its roundedness didn’t seem particularly sporty or attractive. But the latest gen Veloster (2019 to present) is much more attractive, pulling in nice details from other Hyundai vehicles. 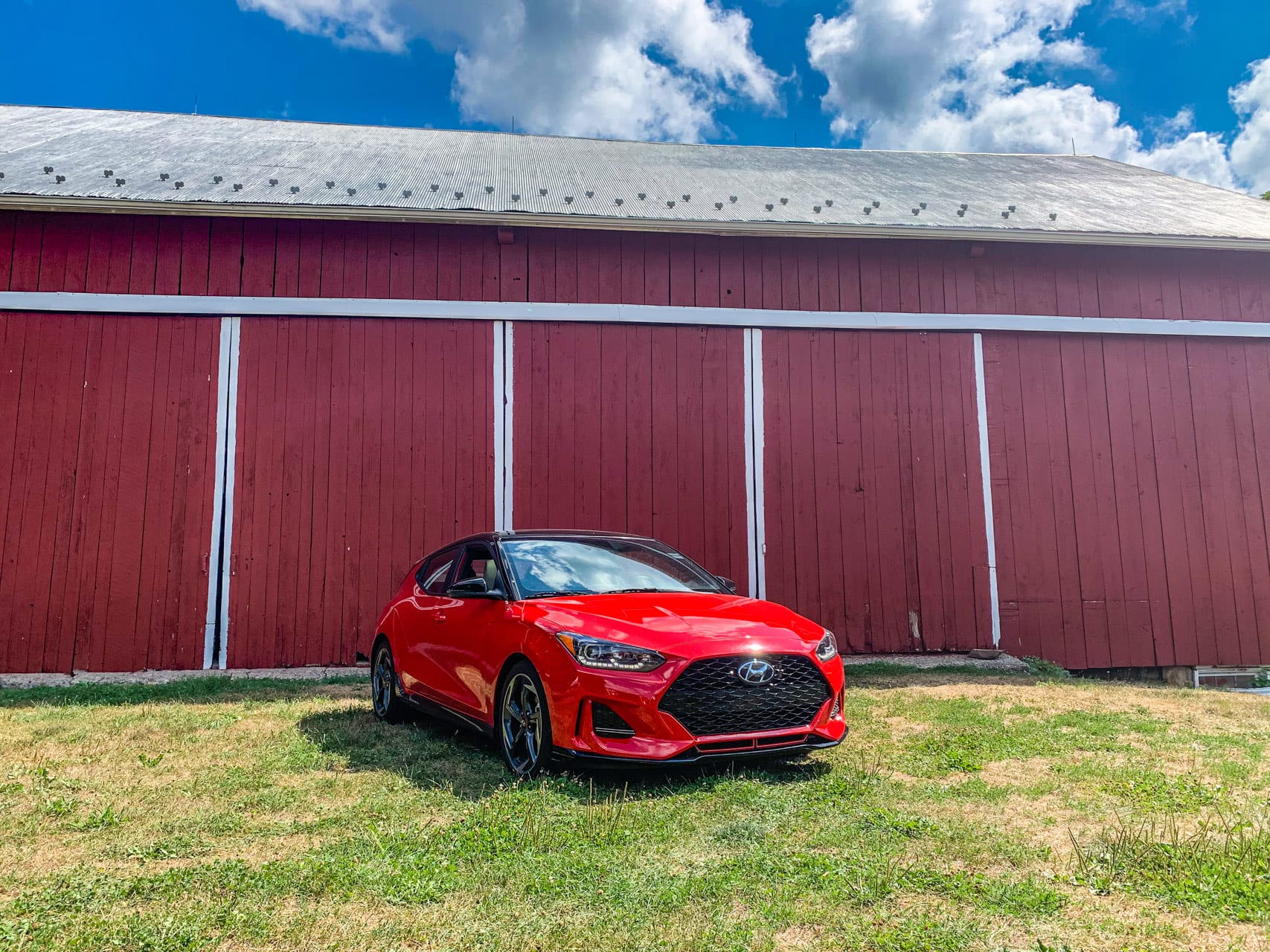 Hyundai calls it a three door, but in classic hatchback terminology, wouldn’t that make it a four door!?! It’s a little strange at first, they could have made it a 4-door, but they didn’t. The rear door is only on one side, like OG minivan sliding doors or the Saturn SC1. In practice, it actually works. Unless you are trying to cram a family of five into the Veloster, accessing the rear space only via one rear door isn’t a bad thing. Whether or not it saves a meaningful amount on the actual sticker price is undetermined. It does add to the quirkiness though, that is for sure. 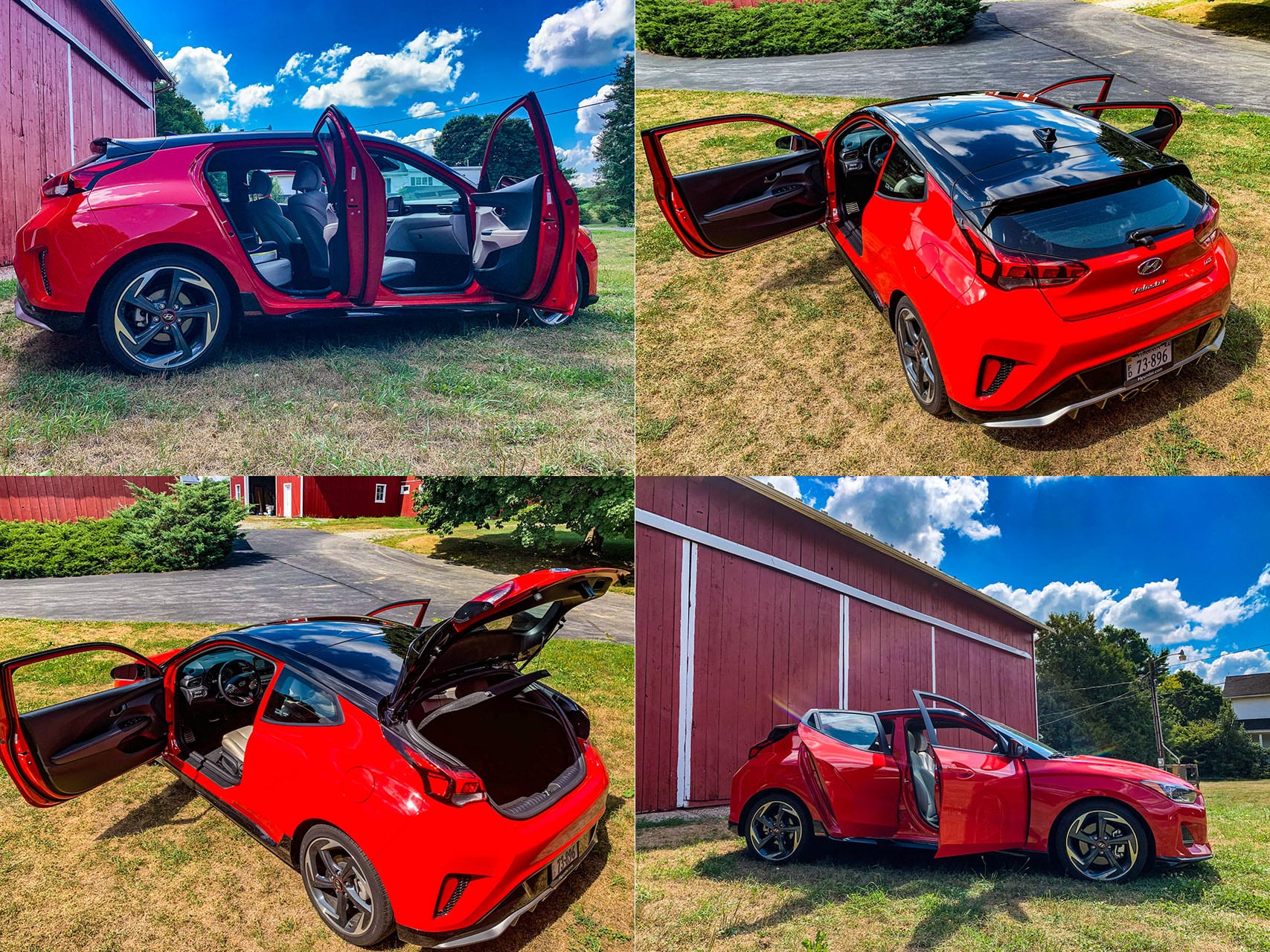 The size works pretty well overall, the squat proportions make it unclear if it’s compact or subcompact sized. However, it is indeed a subcompact but retains a decent amount of room for passengers, at least in the front. Rear passengers will need to also have squat proportions, like my youngest, to make the most of the rear seating.

I had a chance to not only drive the Veloster Turbo Ultimate in day-to-day driving around D.C. but also on a series of connected farm roads. The Veloster Turbo has a pretty robust bottom end, the 201 horsepower is accompanied by 197 ft.-lbs. of torque, providing more low-end oomph than the 200 hp Honda Prelude I had back in the day. That made for a pretty spirited drive in the dirt and Hyundai’s Torque Vectoring Control (TVC) front axles do an admirable job of keeping front-wheel drive fun. They deliver power in a controllable manner without a lot of torque steer. 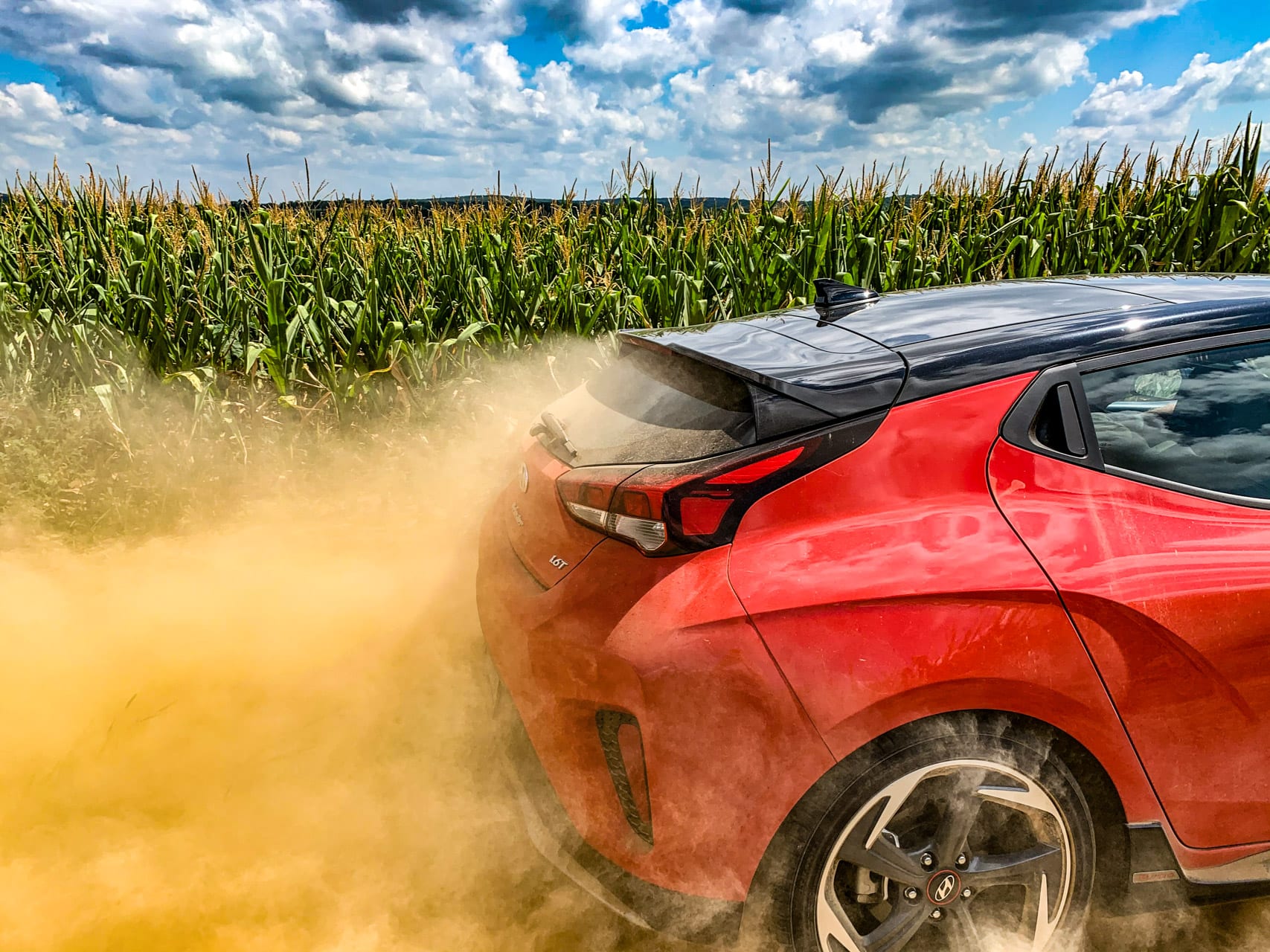 Oh, and it has a real emergency brake. In case you need it. 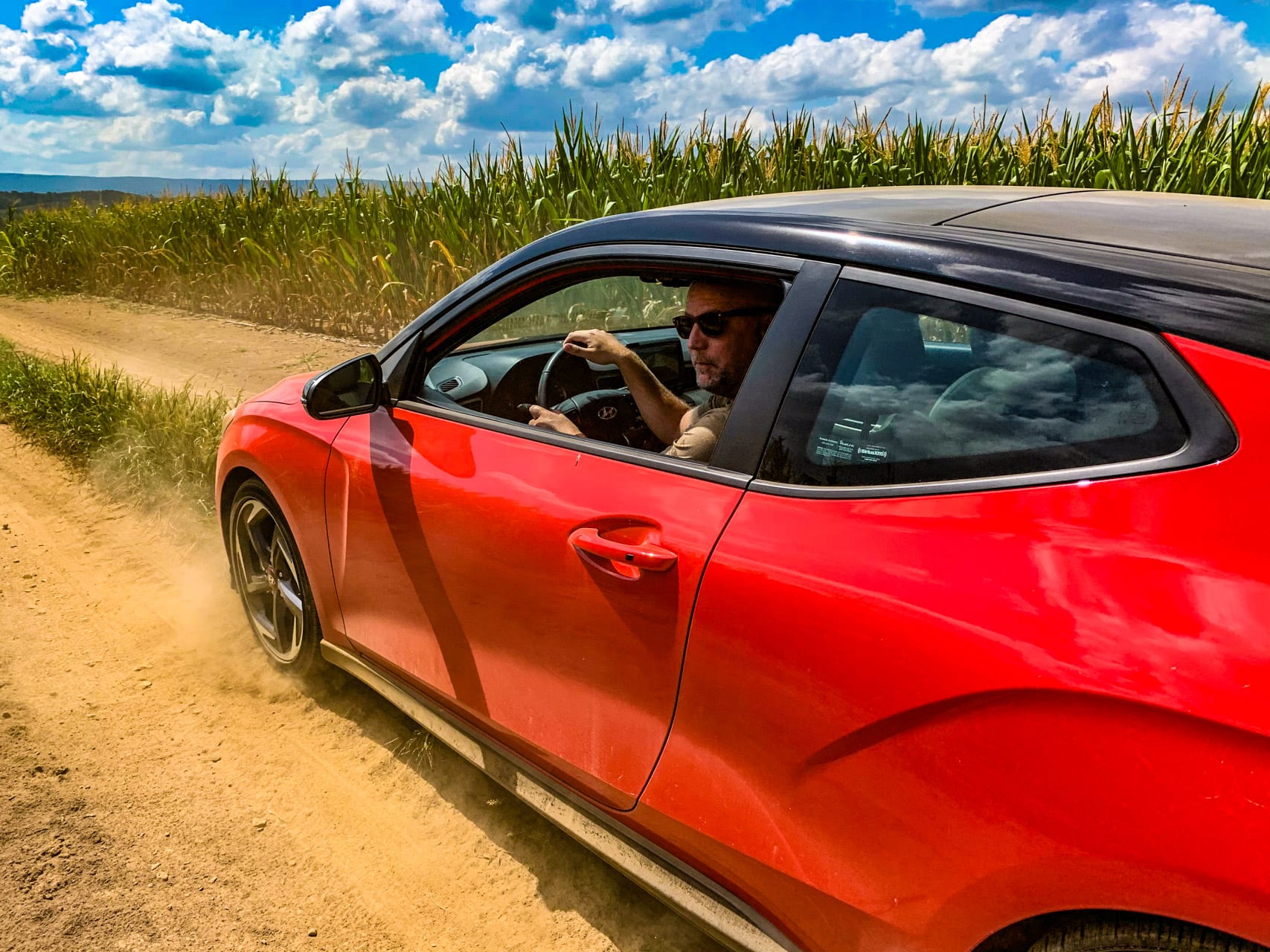 On the highway, the Veloster can be a little darty at speed. It was never anything that made me feel unsafe, but it was an interesting feeling that I can’t say I experienced more than once or twice. It was likely related to road conditions, but it’s hard to be sure. Otherwise, road-going manners were easy going and would not be hard to live with on a daily commute.

Assuming we do that again one day. 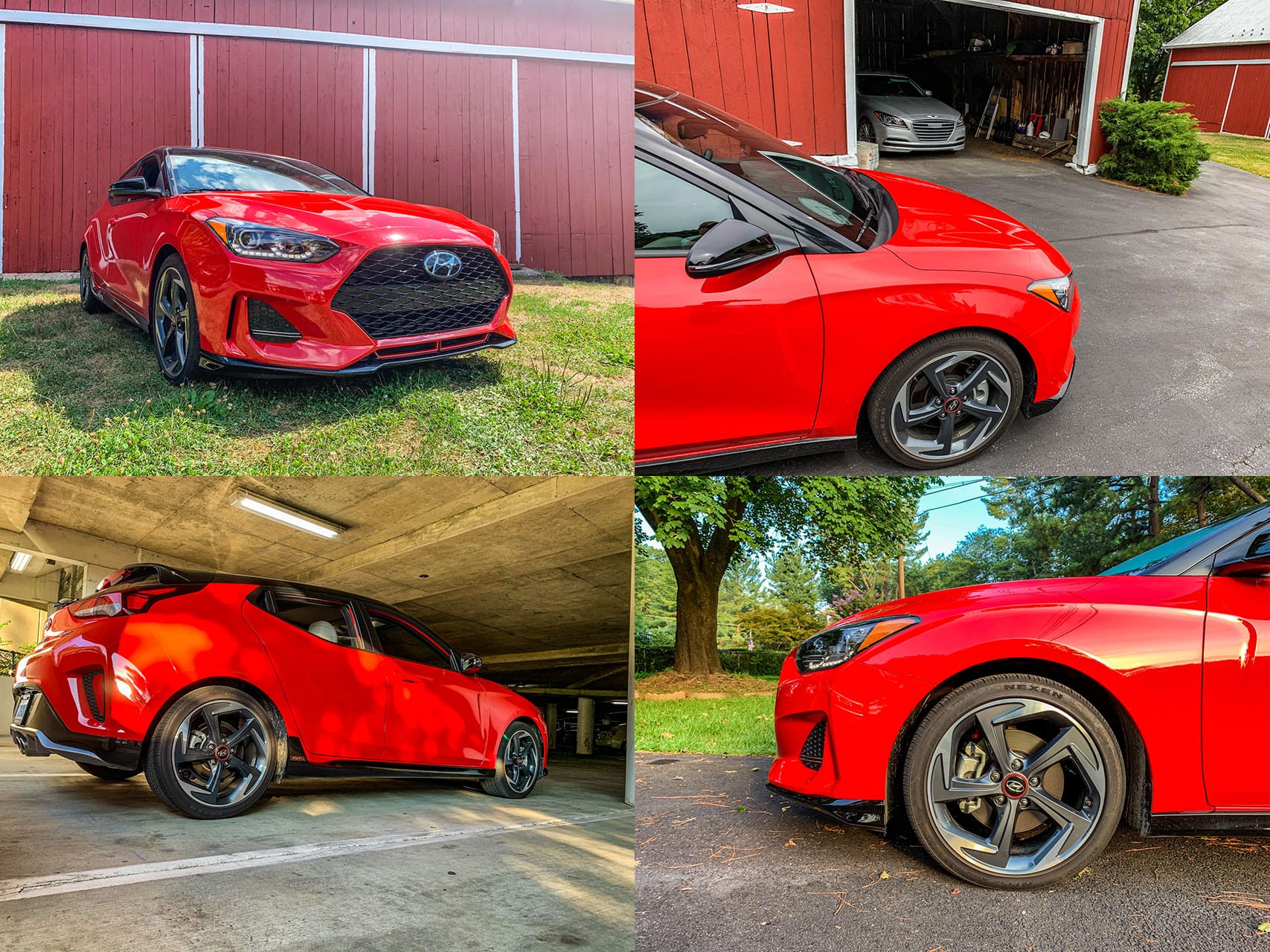 Wait…we actually live in that world thanks for Ford’s jihad against the passenger car! Regardless, I think the R-Spec is more focused on performance ala the STs. Kamil drove the 2019 R-Spec and found that it reclaimed some of that magic. The Turbo Ultimate seems geared more towards buyers who want a quick hatchback that is also comfortable and they seem to have done just that.

In the end, the biggest issue with the Veloster Turbo Ultimate for the average enthusiast is….the Veloster N. It’s quite good and starts at just $27,600. Plus, it is still only ringing in at $29,700 with the 275 horsepower Performance Pack. However, for the average consumer, the Turbo Ultimate delivers a best-of-both-worlds mix of spirited performance and day-to-day comfort.

In the end, I’m just happy it exists. Thanks Hyundai. 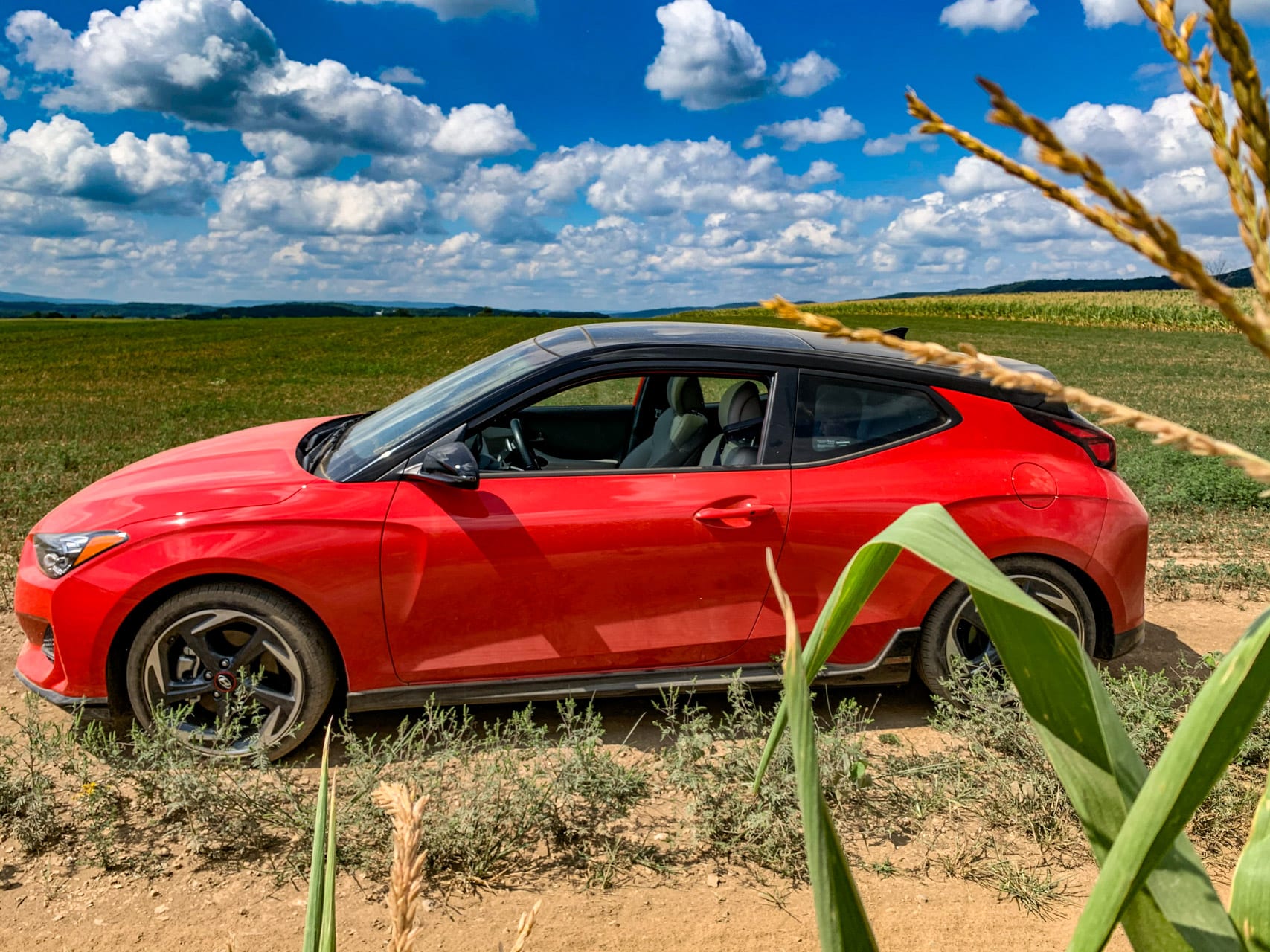 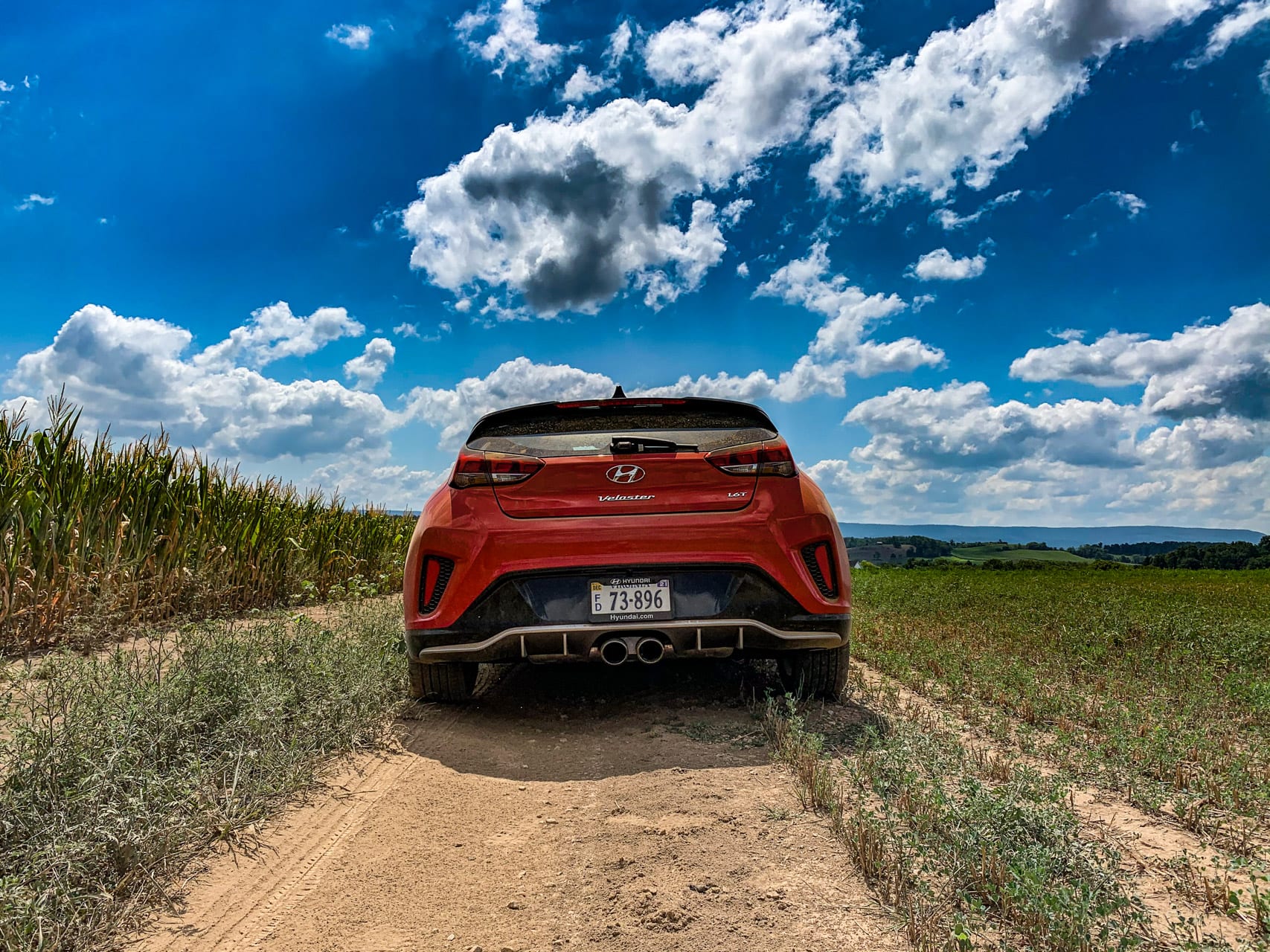 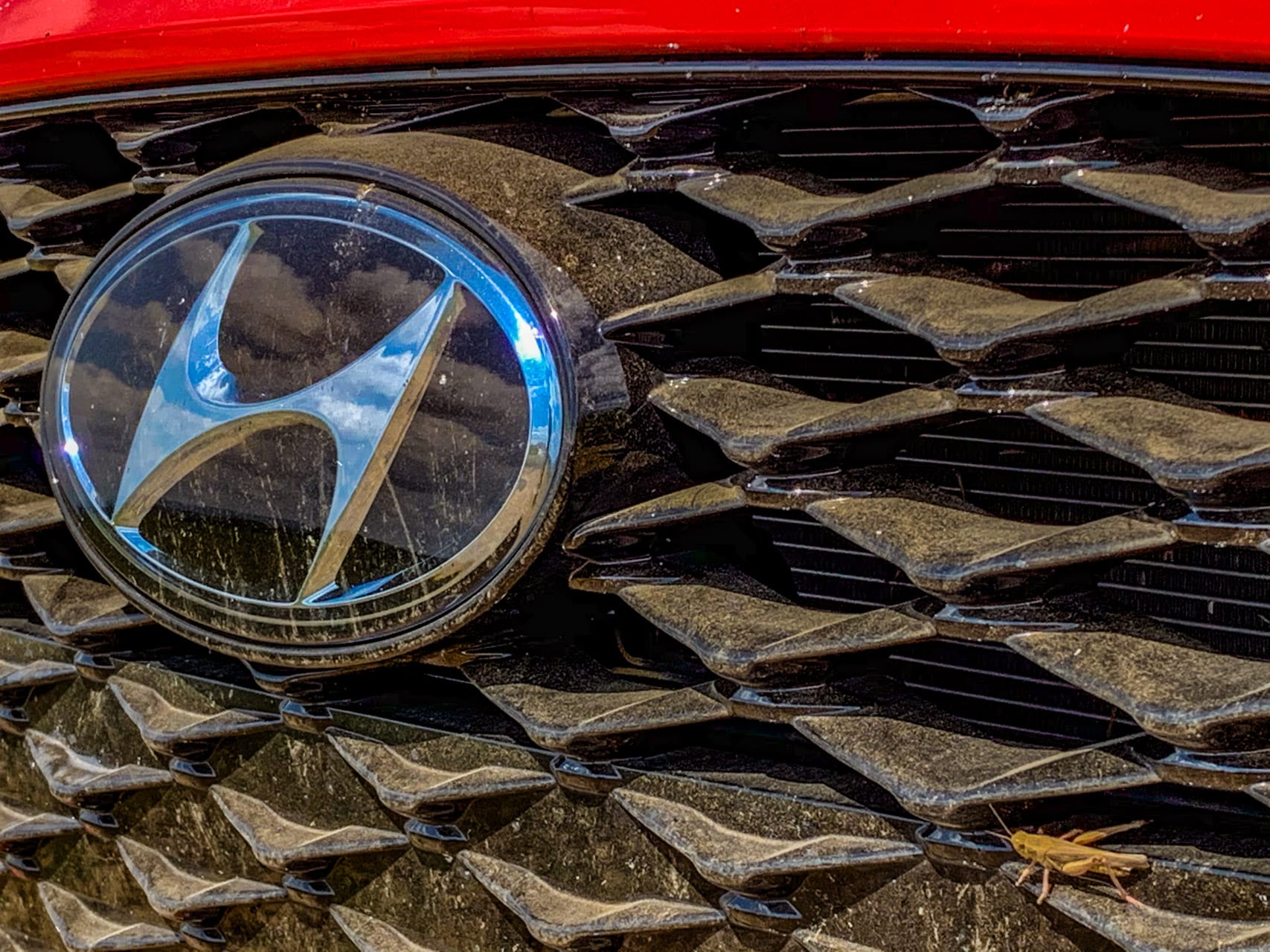 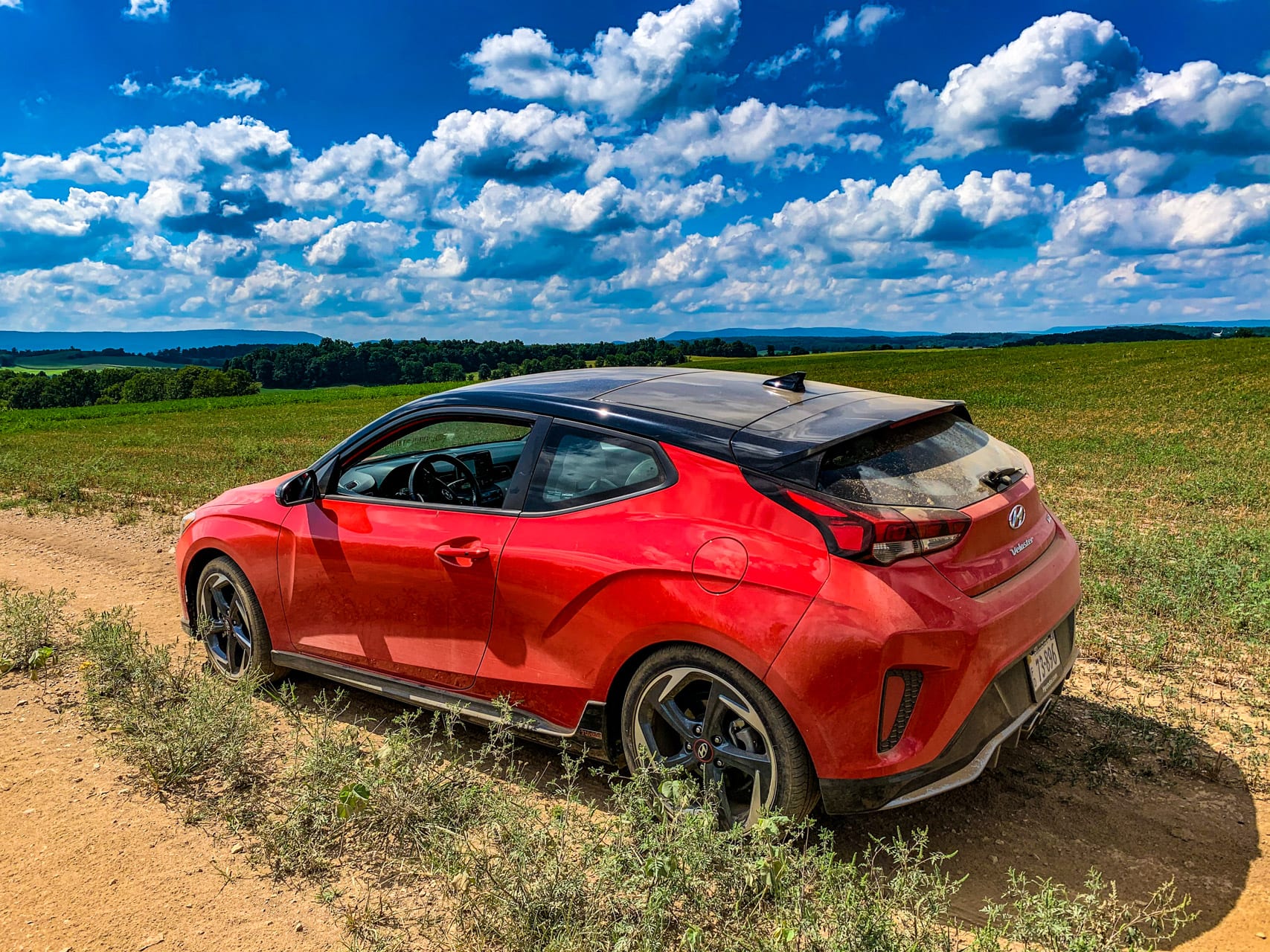 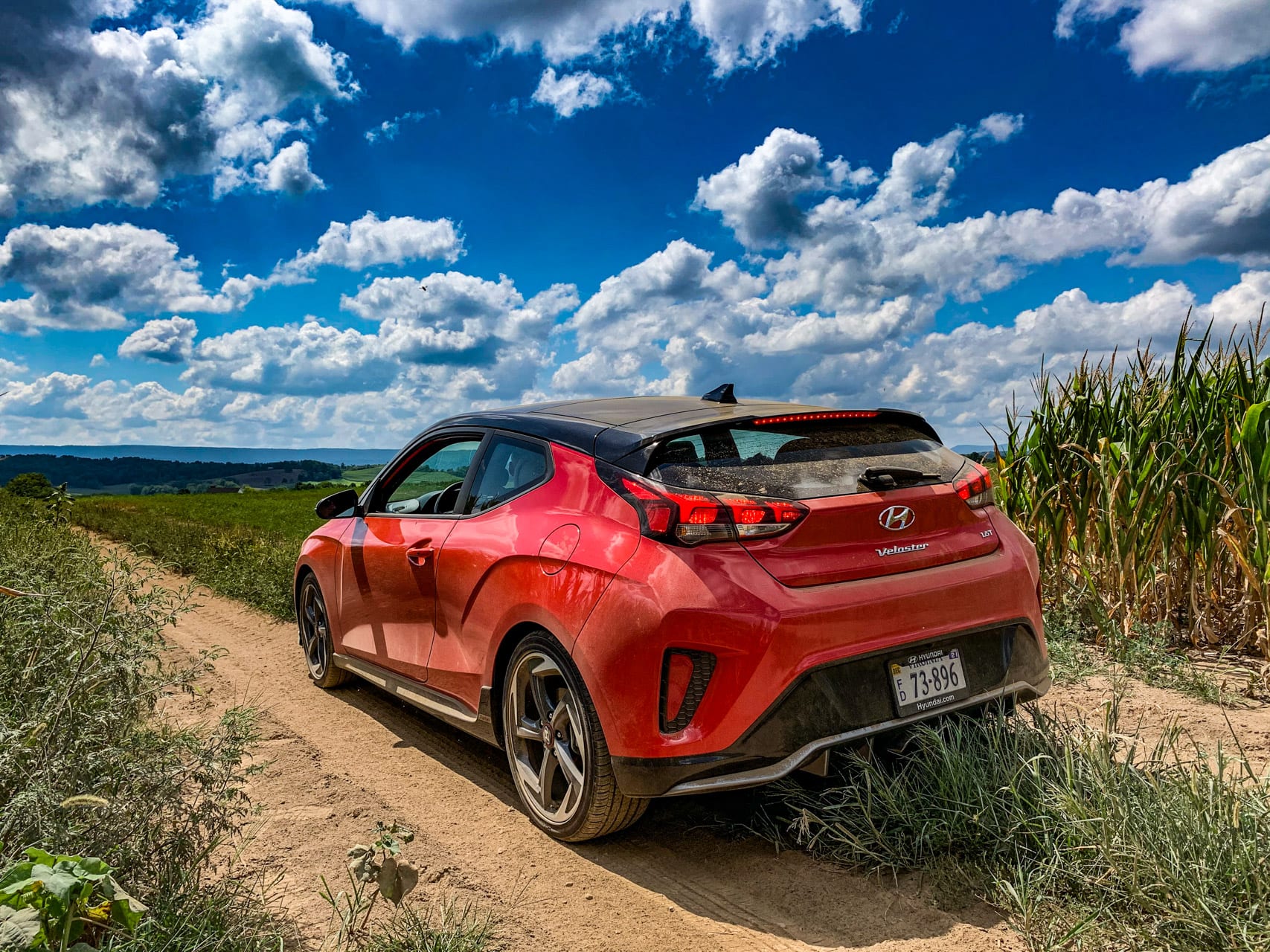 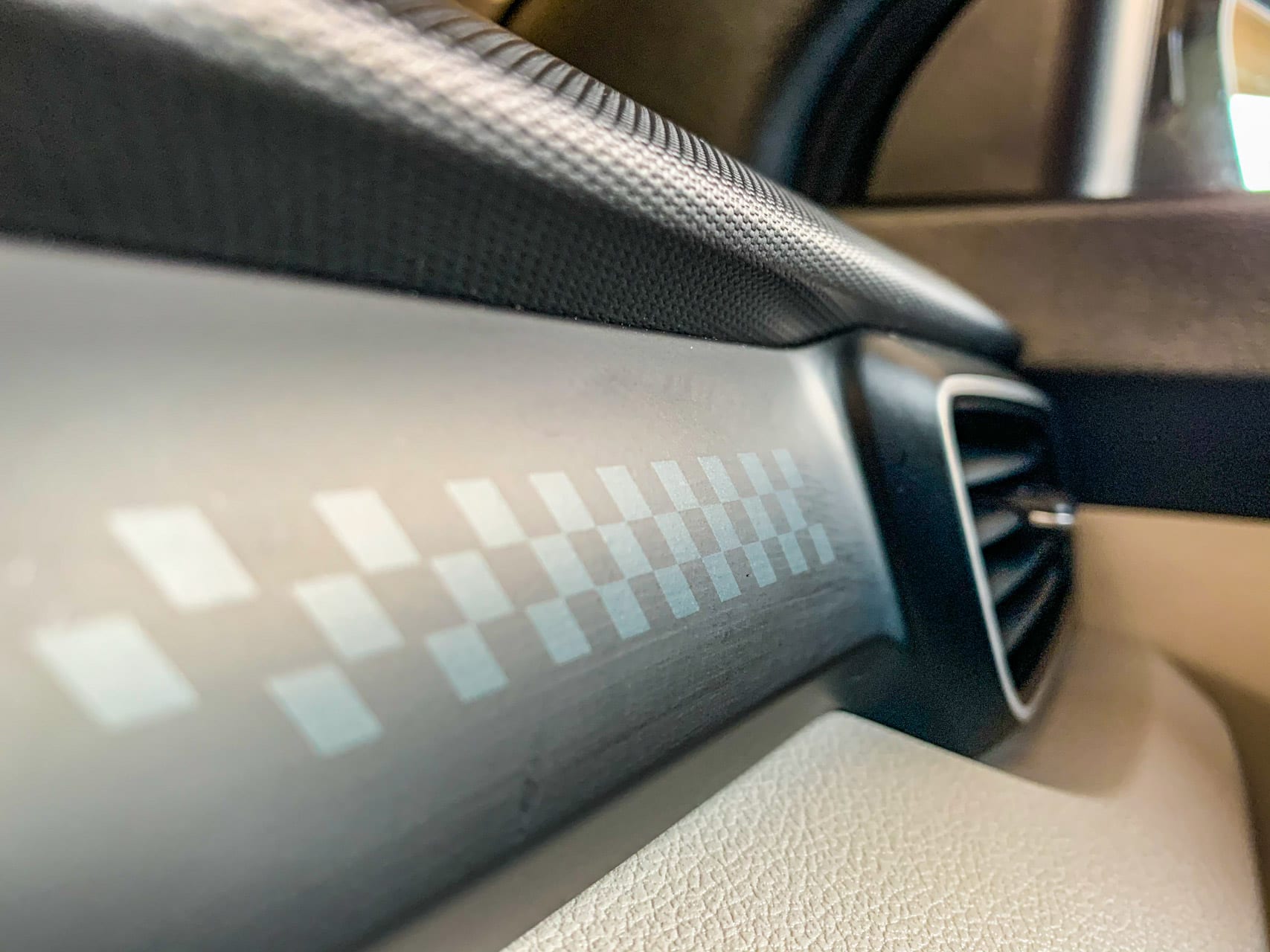 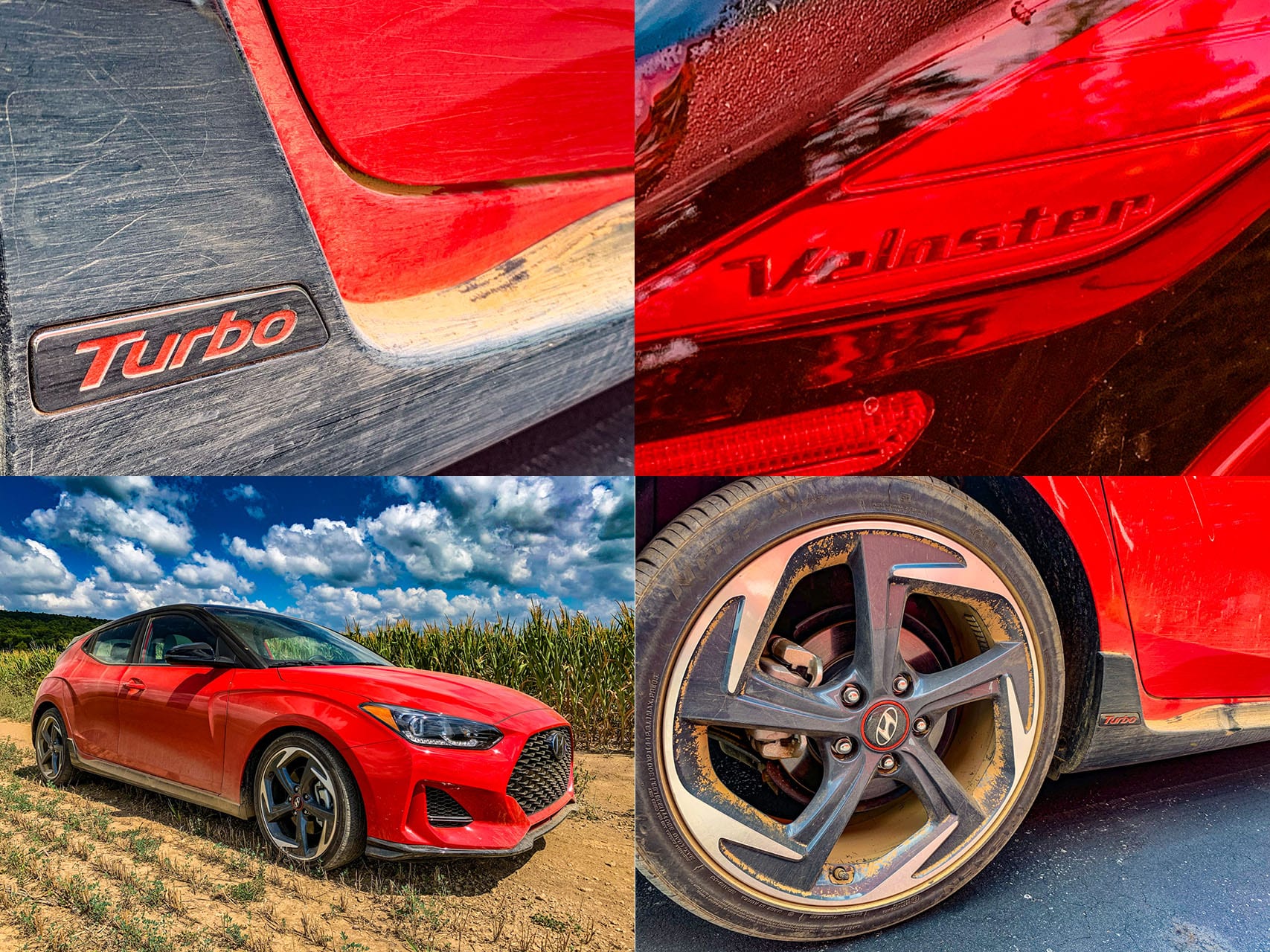 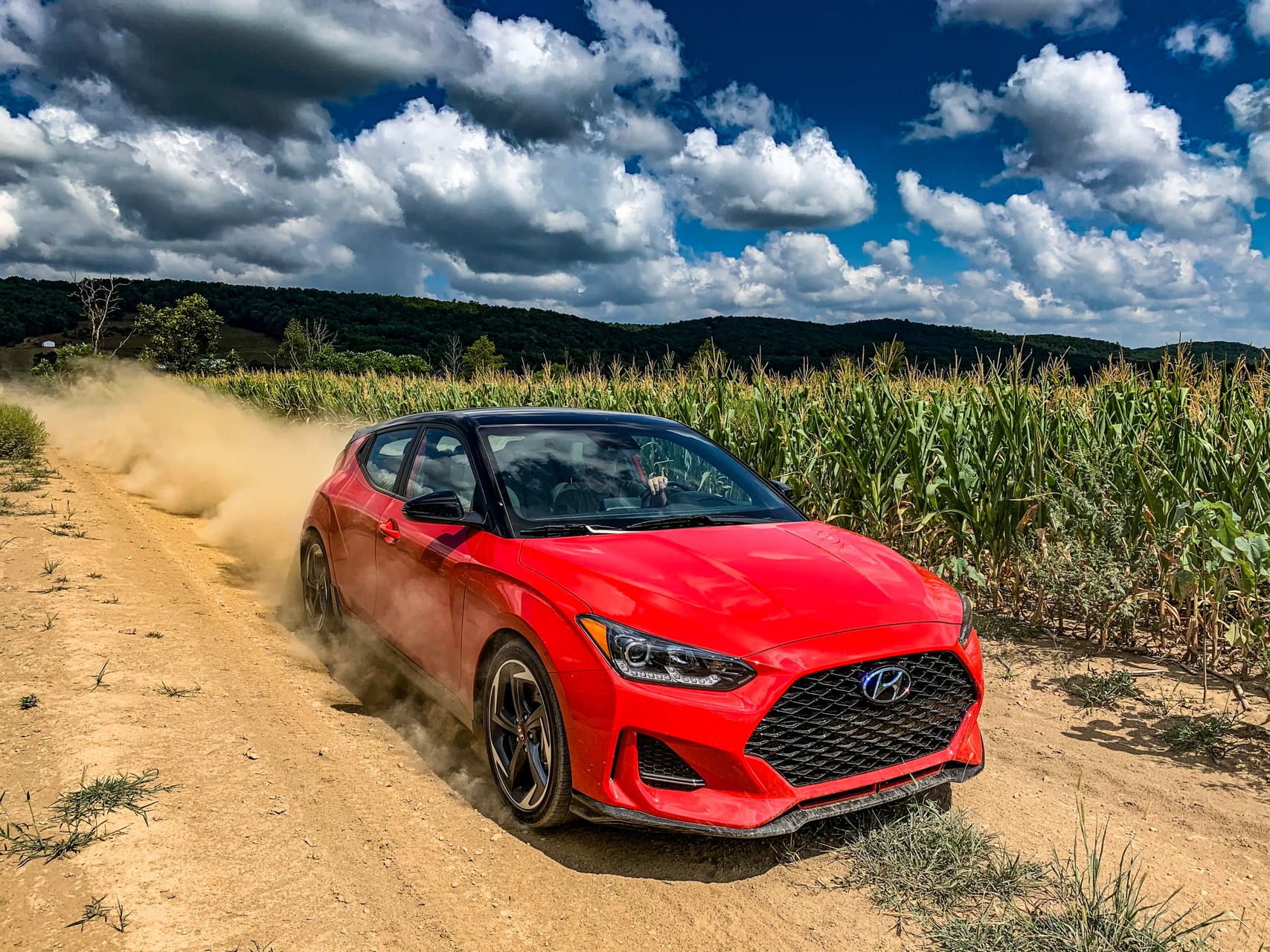