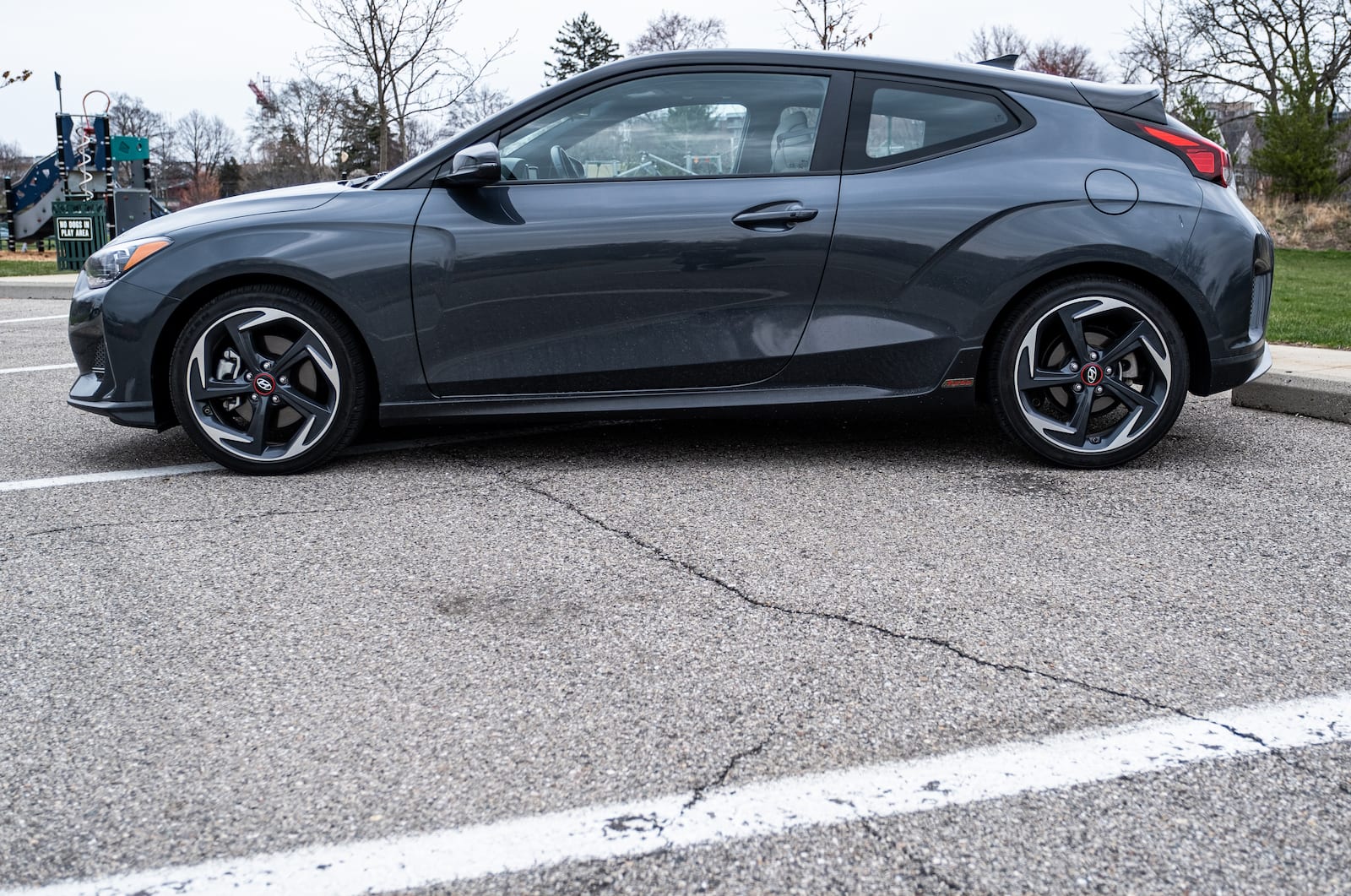 With Ford deciding that it would not bring the next generation of the Fiesta to the United States the Hyundai Veloster is the only small hot hatch left for this market. For those that are/were fans of the Fiesta ST what are they to do when it comes time for their next car? Is the Hyundai Veloster Turbo the answer? What about those what are shopping for a Volkswagen Golf GTI, is this a good alternative? That is what we looked to find out.

The bogey in all of this is that the Veloster N is on the horizon and that could change the entire equation. However, it is not yet for sale as I drive and write this so I can only go on the information on hand.

The first thing about the Veloster everyone talks about is the layout of doors. One door on the driver’s side and two on the passenger’s side. Plus, the fact that it’s a hatchback. I generally like odd and funky cars, but this layout just doesn’t work. It’s funky to be funky without a real payoff. With things like this, it’s a personal thing, so for you, it may be fine, for me it didn’t work. 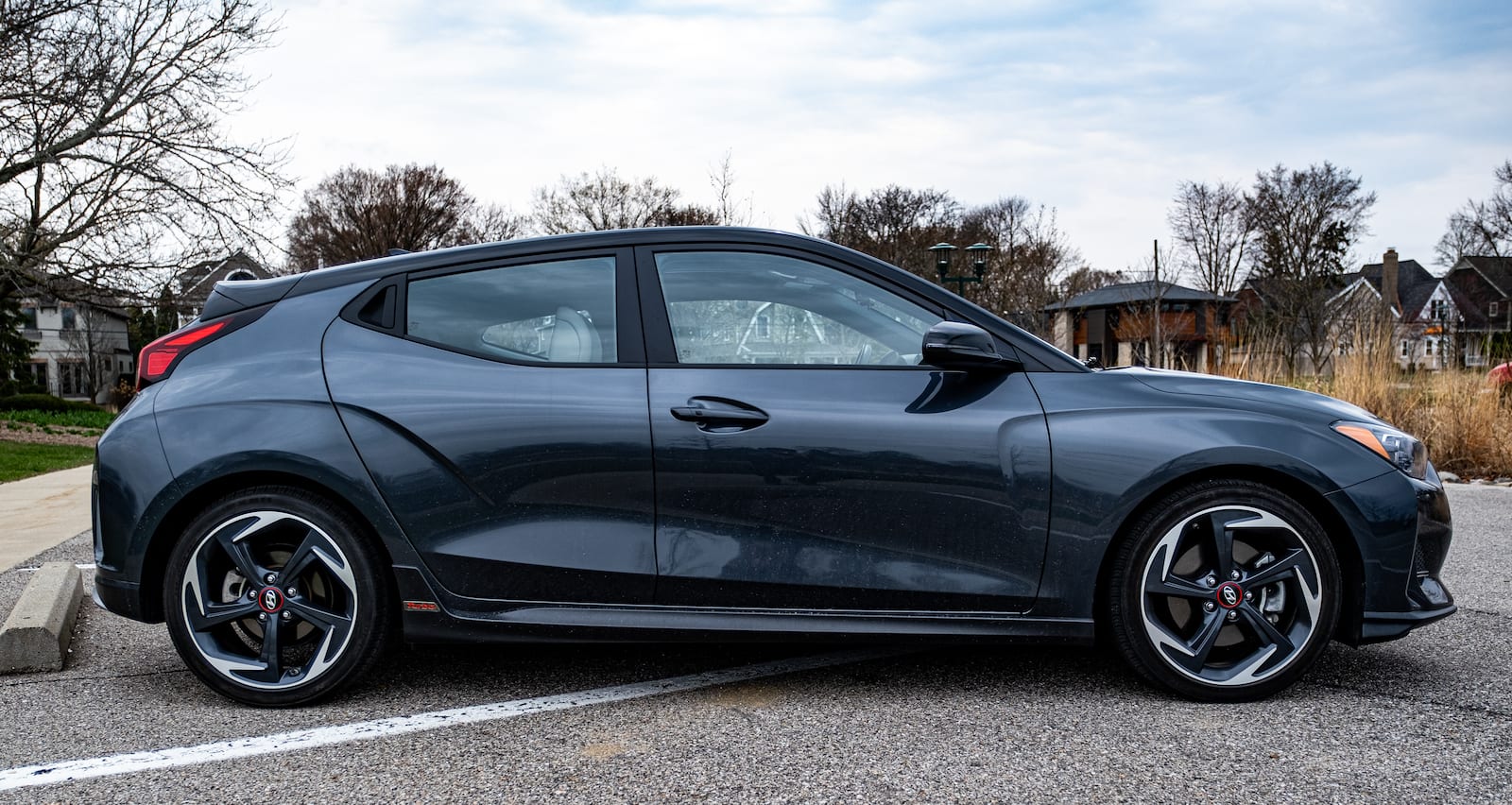 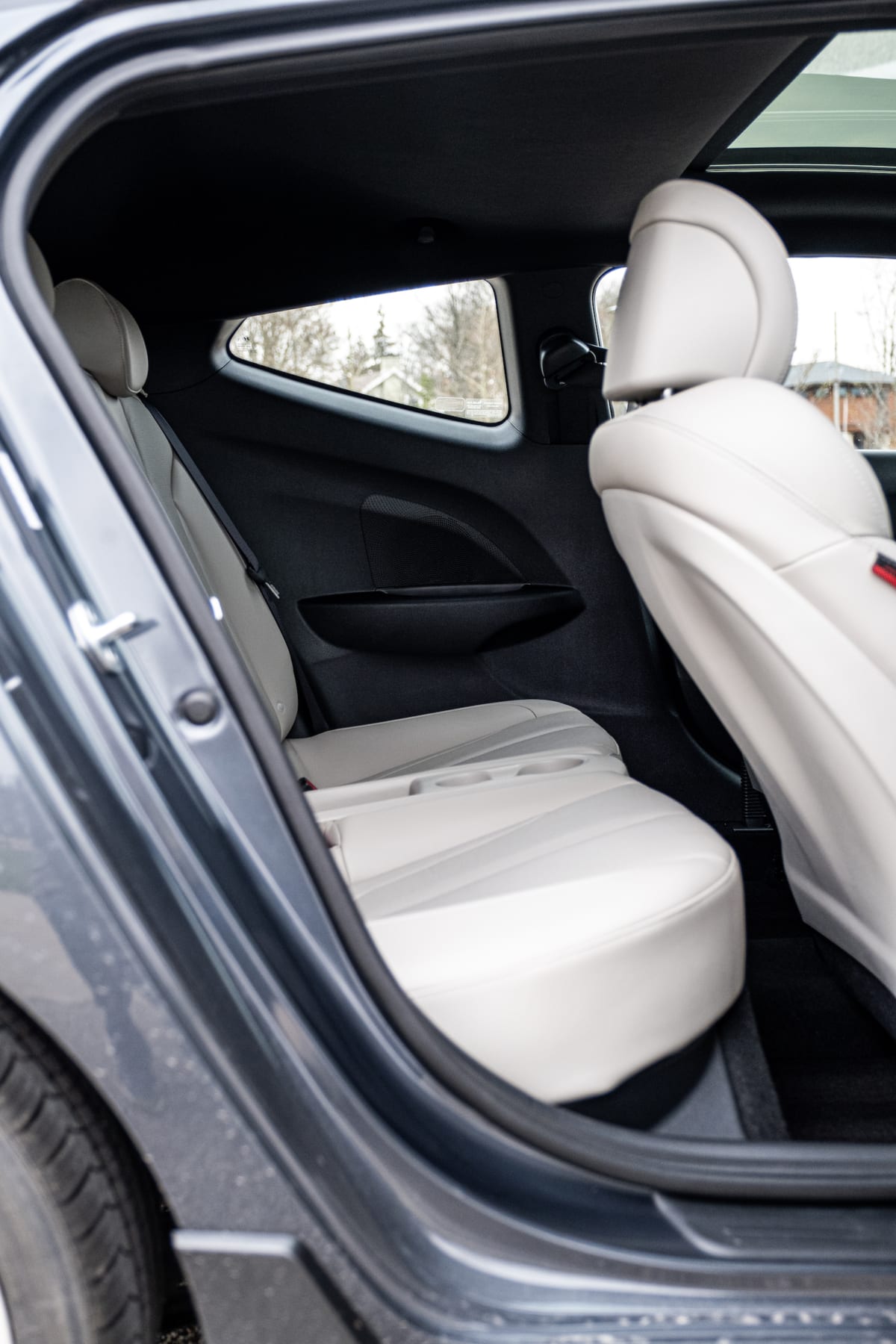 The quality of the materials in the interior are spot on for the segment. Nothing stood out as fantastic, but for the class and for the price point is exactly as you’d expect it to be. 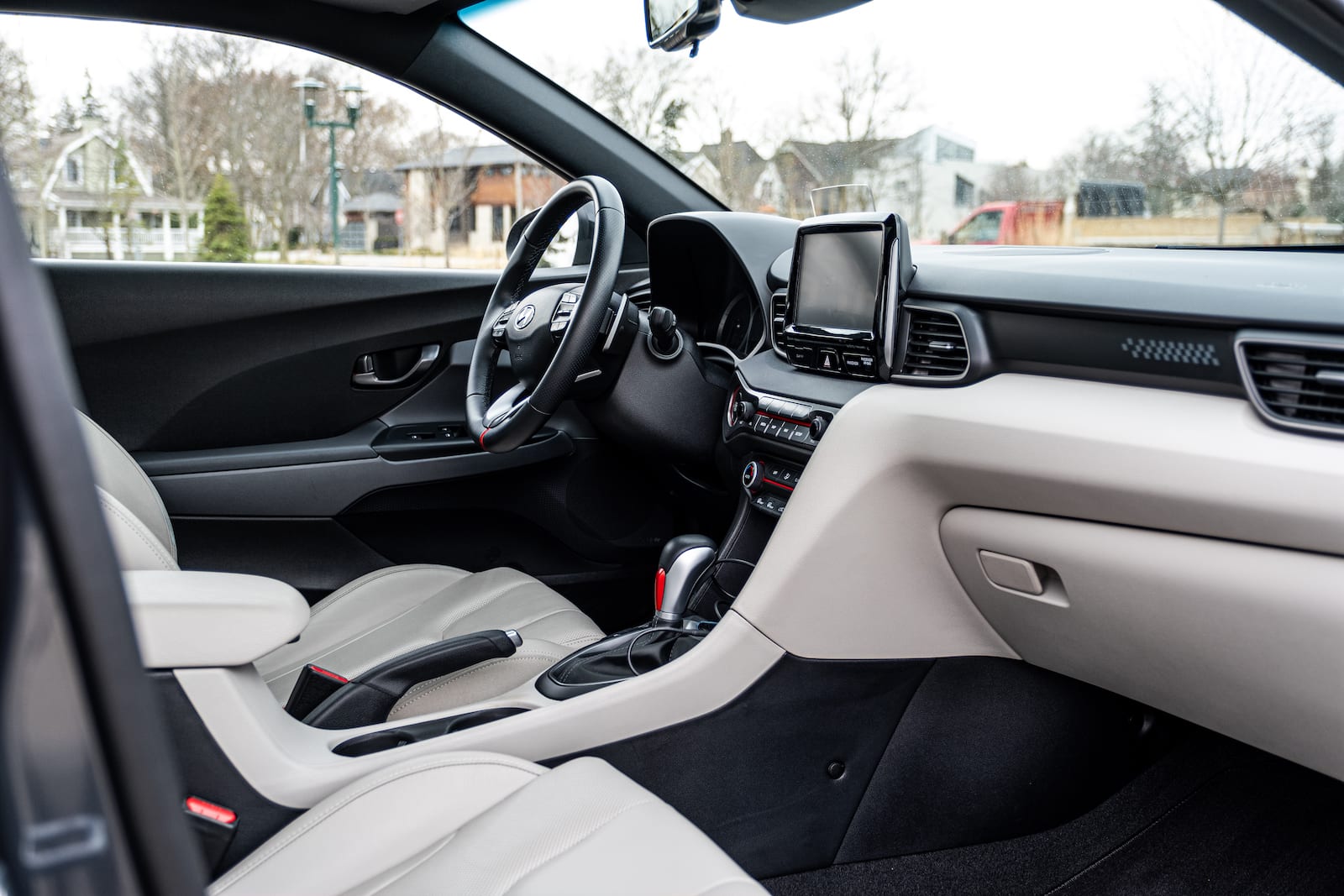 The sound quality from the Infinity sound system was quite good, however, we had issues with Apple CarPlay. On several occasions, it freaked out or froze on me. The only way to get around it was to unplug the phone and then power off the car. Even pulling out the phone the audio system was frozen. 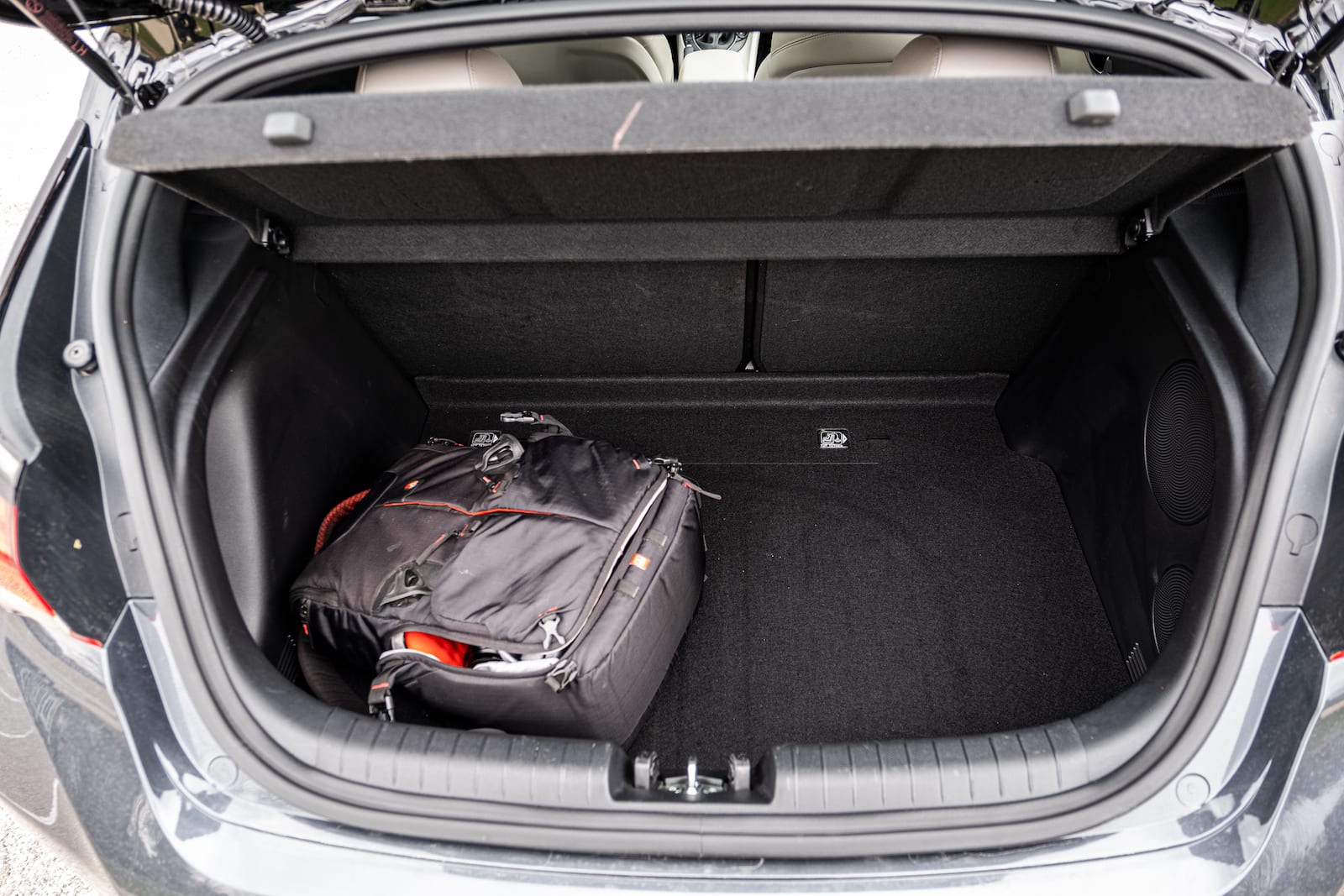 Lastly with the interior is the hatch area. This is one item for me that would rule it out as an alternative to a GTI or a used Fiesta ST. Number one, it’s small to start with. Second, and more important for me is that the seats don’t fold flat. This makes it unusable for me for taking my dog places. In fact, when I had this Veloster in for review when I had to take my dog places, I had to use my own vehicle because he wouldn’t fit. To be fair, he’s an Irish Wolfhound puppy and at five months old he’s larger than most fully grown dogs.

The most important thing about the Veloster Turbo is how does it drive. Afterall this is targeted at enthusiasts and Hyundai is looking to poach those Fiesta ST owners.  Maybe a few GTI owners as well. I have to say it’s a bit of a mixed bag.

The performance is good, it is fun, but it lacks a little excitement. It doesn’t have that fizzy factor that the Fiesta ST provides. In addition, the steering doesn’t have that sharp go kart like feel and response as the Ford. 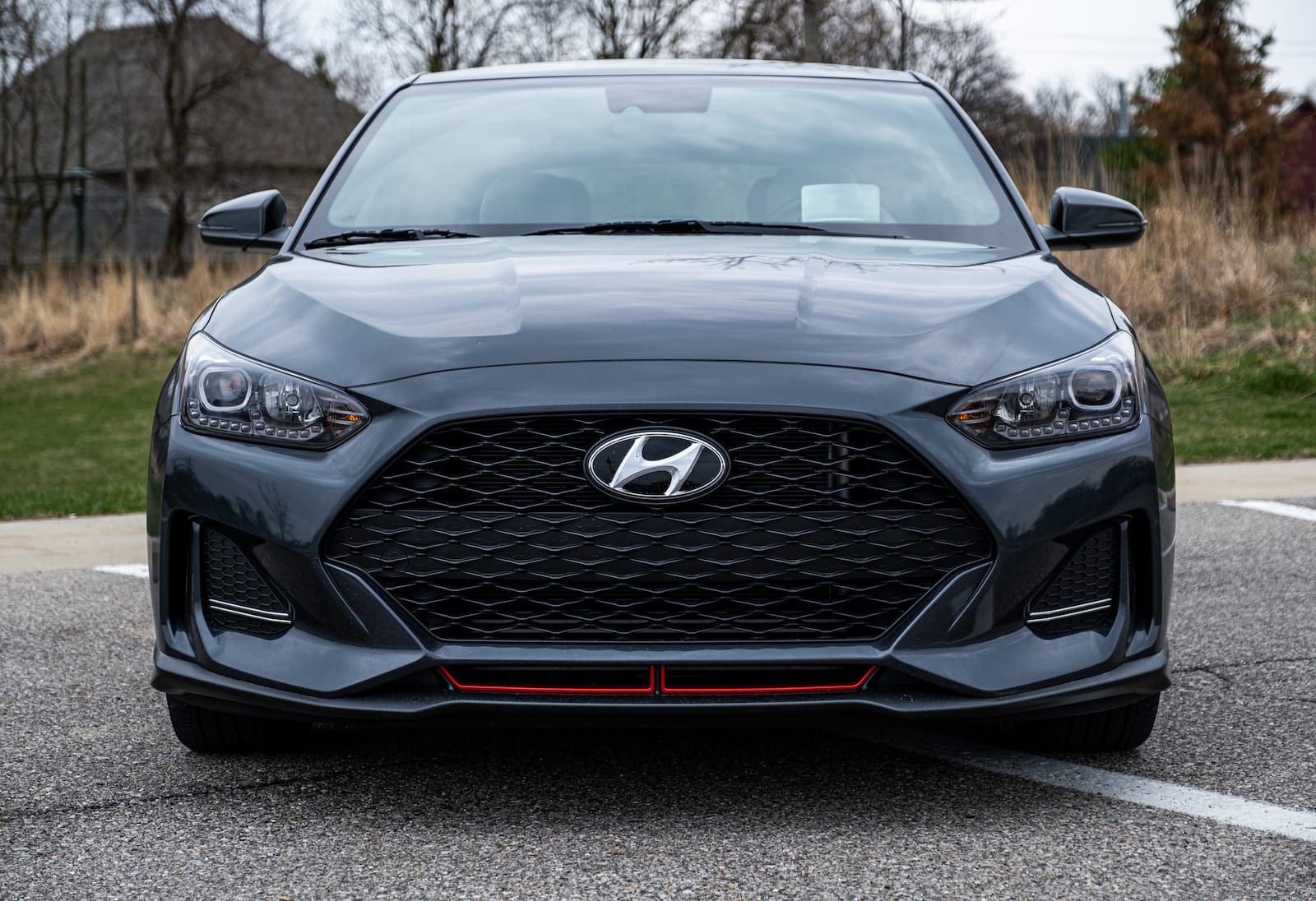 While the GTI is similar in power, for a couple of thousand dollars more you get far more room and flexibility as well as refinement.

The other item I ran into is that the low speed fueling was off in the “Sport” mode. The drivability was not smooth, it felt a little hesitant and jerky. It felt like a quick ECU flash would fix it, but it seems odd that it made it through into a production car.

It may sound like I don’t like the car with everything that I’ve pointed out, but that’s not the case. I like it, as I said it’s fun.  However, it’s just missing that last little bit to put it over the top. As I said at the top, once the Veloster N comes to market that all may change. The word is not only will it be significantly more powerful, but it also won’t be that much more expensive than the standard Turbo model.

Now our Ulitmate trim does cost a bit.  Pricing was not official when ours was dropped off for review and no window sticker with the price was available. A couple of phone calls let us know the price was going to be around $28,000.

I think that you are not poorly served by this Veloster Turbo, however, I would hold out to see what the N turns out to be, then make your decision, your patience may be rewarded 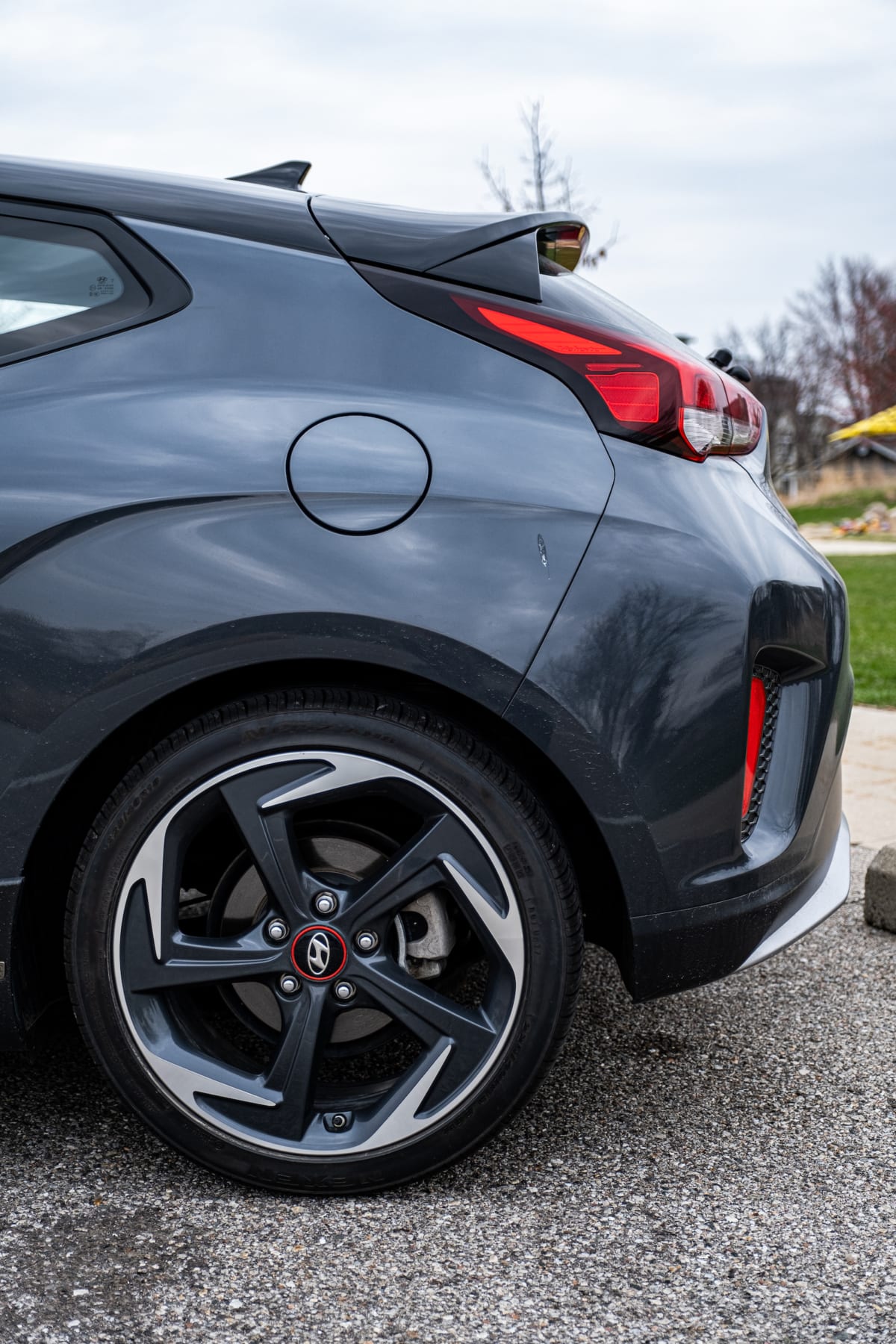