I’ll start with the obvious, “cool” is a relative term. I may not even be qualified to label something cool, likely not. But the more I stared at the 2002 Toyota Camry TRD, the more I started to think it might just be cool. It definitely came closer than any other pedestrian commuter car to passing my “look back test”. That’s where you park, walk away, and look back over your shoulder. Whatever emotion you feel about the vehicle is probably pretty legit. The Camry did really well. So let’s see what’s what. 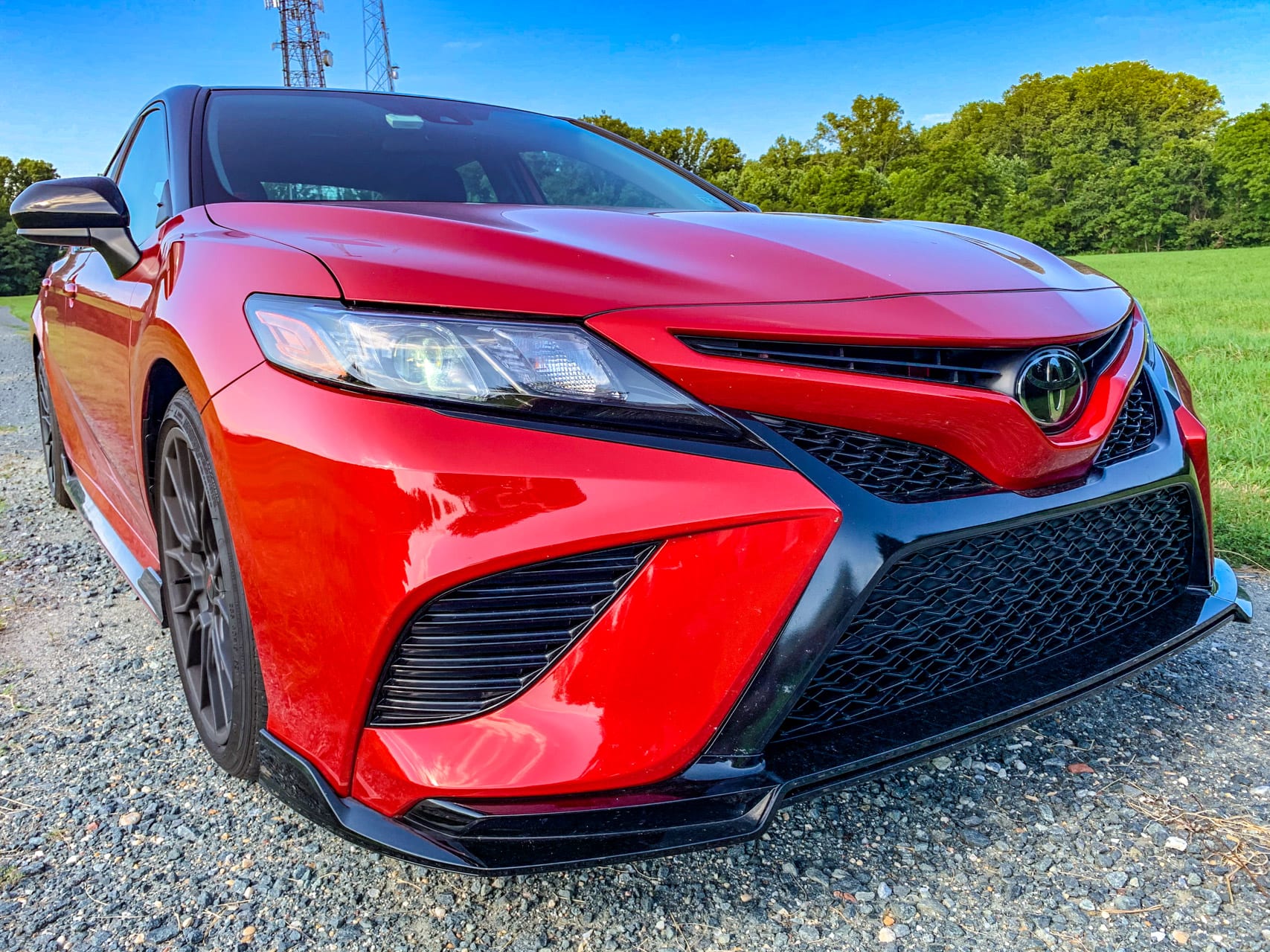 You might think that a TRD Camry, the first of its kind, might sit at the top of the Camry lineup. The TRD Sport and TRD Off-Road versions of the Tacoma are around $9,000 more than the base SR trim. The TRD version of the Camry still sits at the 9th most expensive trim level out of 12. However, it starts at just $31,170, which is pretty reasonable for a “cool” looking sedan. What does the TRD version get you, you ask?

Excellent question. Here are some highlights. 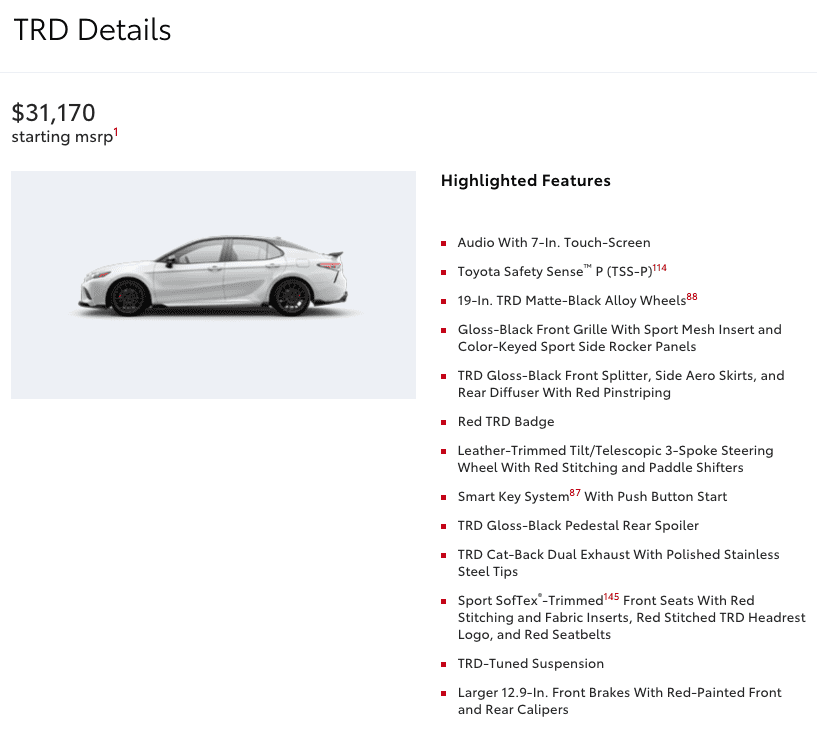 As enthusiasts, we are likely attuned more to the performance modifications. The TRD Camry is close to what we used to call in the 90s as a “BPU” car, aka “Basic Performance Upgrades”. That term has origins from the “SupraStore” as a description of “stage 1” for the MKIV Supra; it basically meant downpipe, exhaust, and some boost modifications. I recall that we adapted that for other cars to basically mean a car that had the basics, intake, exhaust, and suspension. 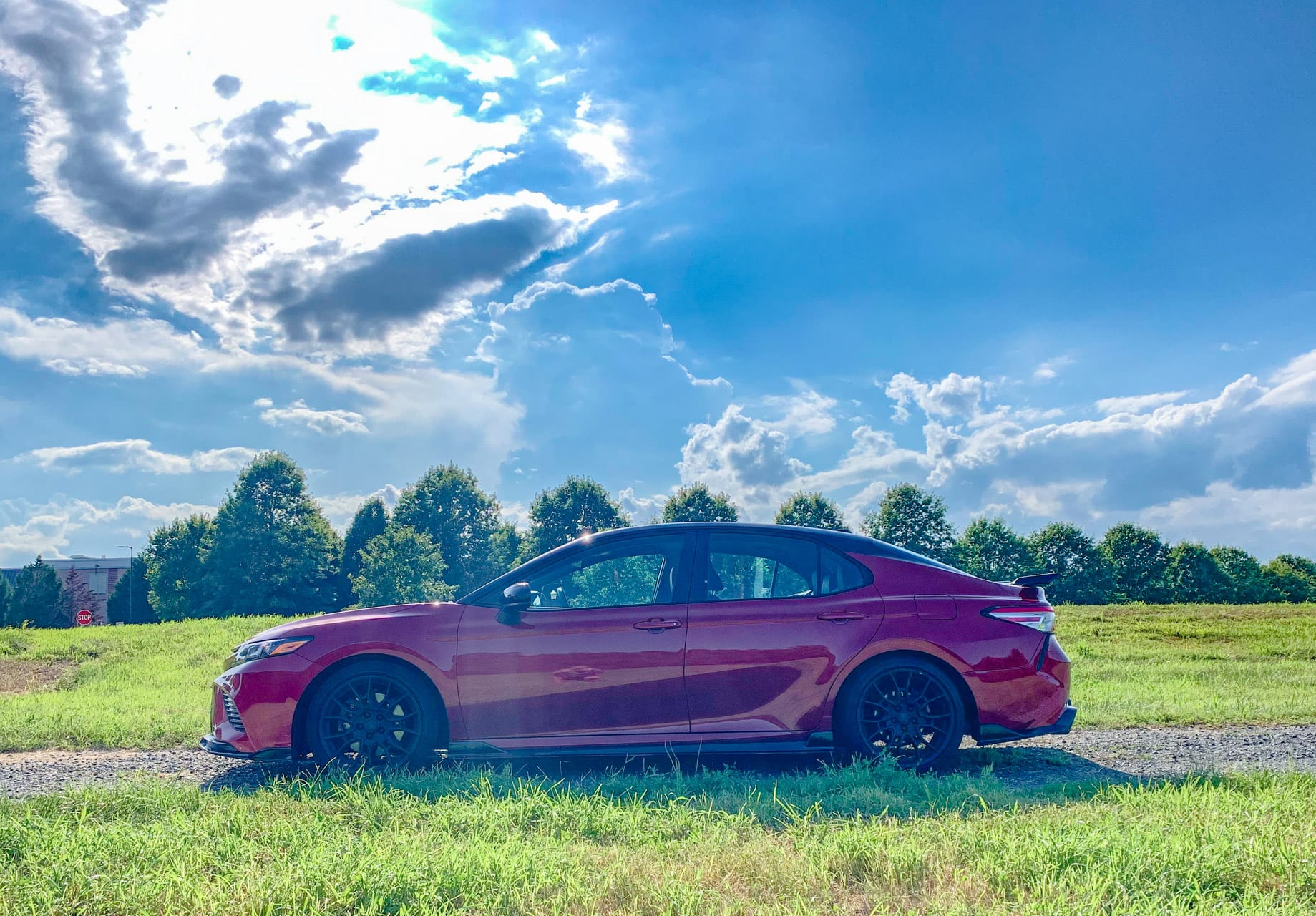 The Toyota engineers didn’t fiddle with the engine, it’s the same 301 horsepower 3.5L that you find in other Camrys. However, you get a cool quad-tip cat-back exhaust and independent MacPherson strut front suspension with a multi-link rear suspension and front strut tower bracing. That shouldn’t sound incredibly impressive, it’s what you get on other V6 Camrys. However, Toyota added TRD track-tuned front and rear coil springs, shock absorbers, and stabilizer bars to the TRD trim. Brake size goes up from 12-inches in the front to 12.9 inches and upgrades to dual-piston calipers.

On the exterior, you get 19-inch TRD-specific wheels, as well as a unique spoiler, front splitter, and side skirts. Elsewhere the TRD is mostly a trim package, with a host of TRD badges and such inside and out.

Does it help? Well, I’ll get to that. 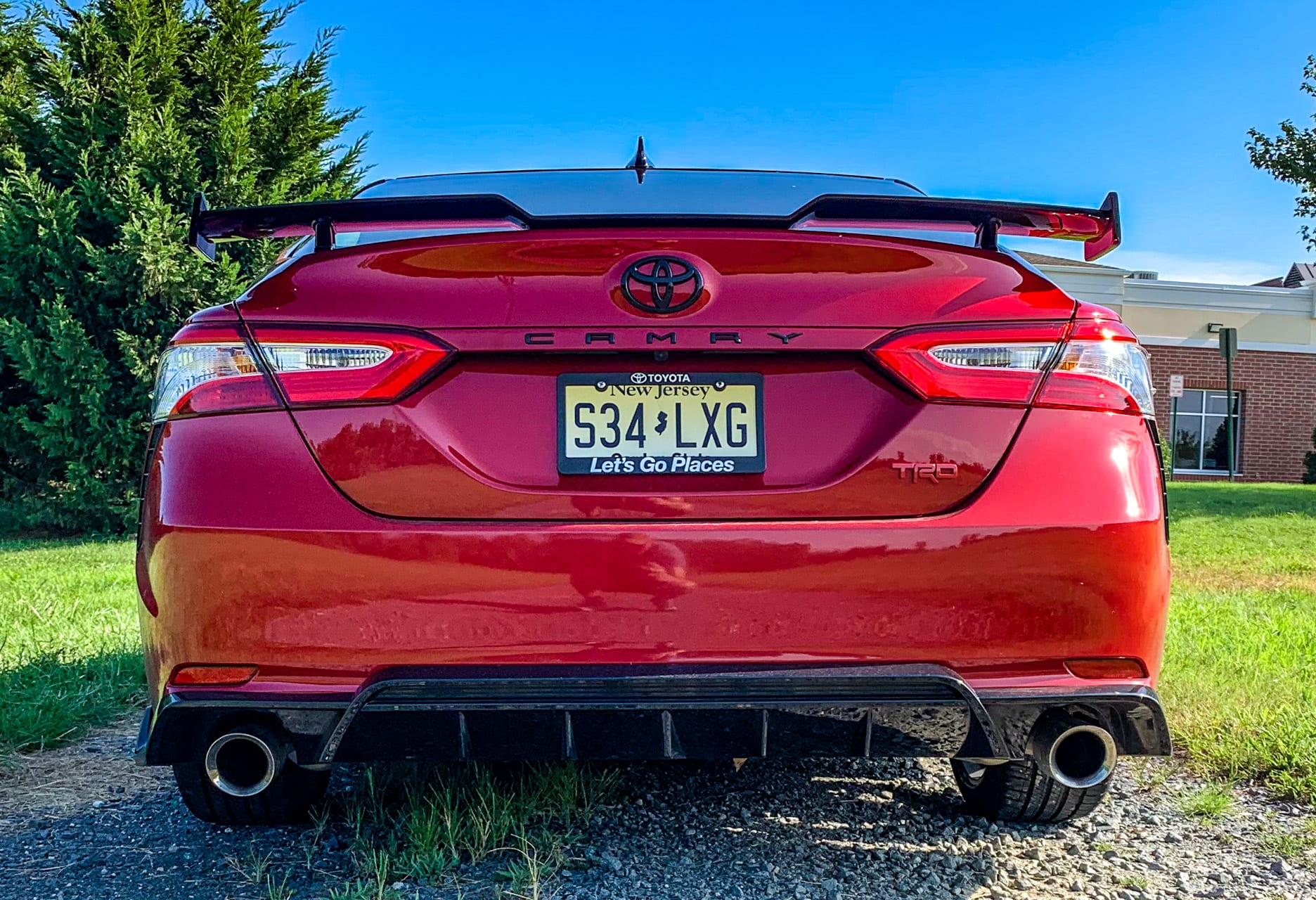 The inside is generally, and unsurprisingly, pretty normal Camry, but with a lot more red stitching. 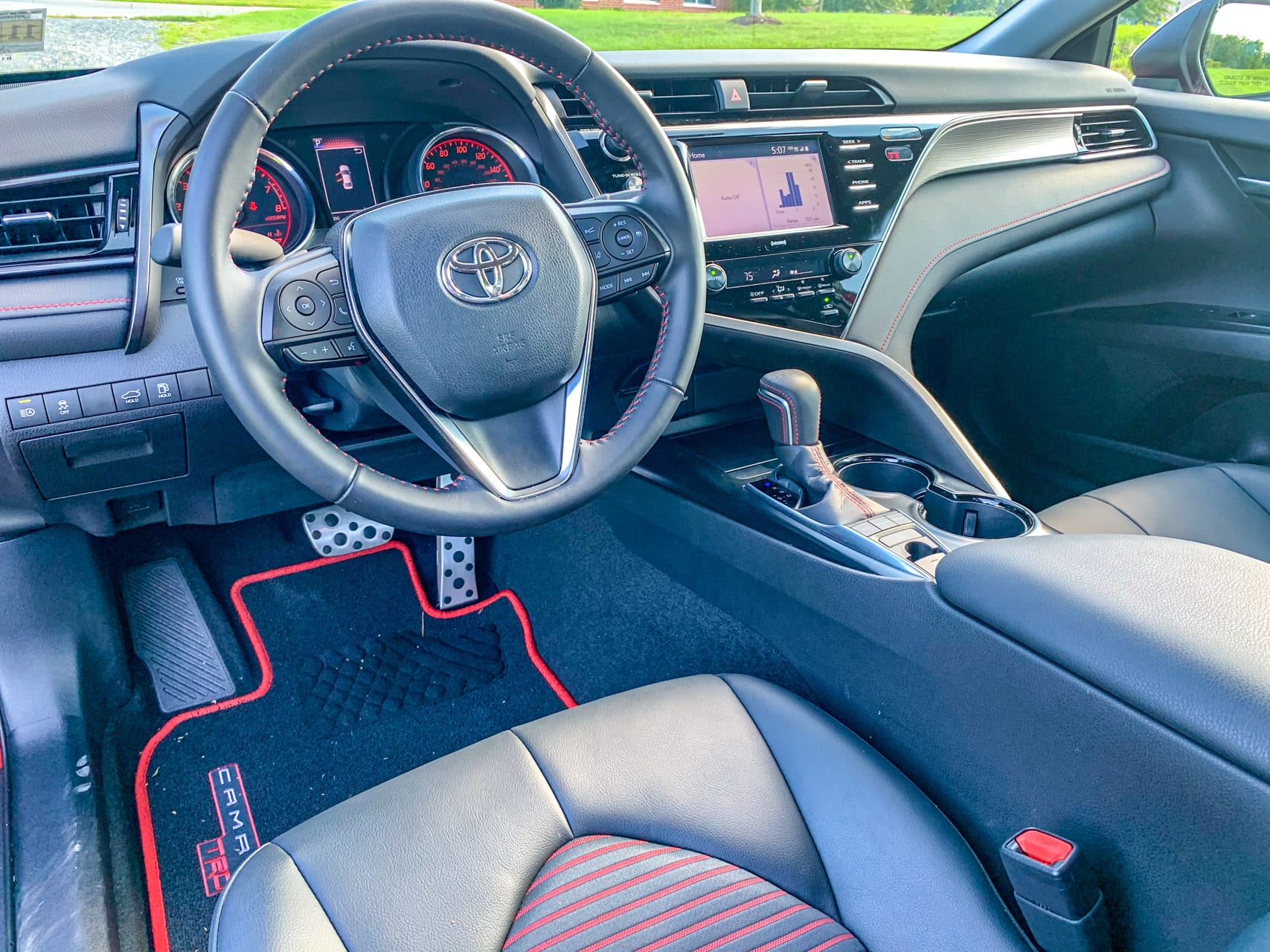 The seats look cool, but do not really provide any real bolstering or lateral support. 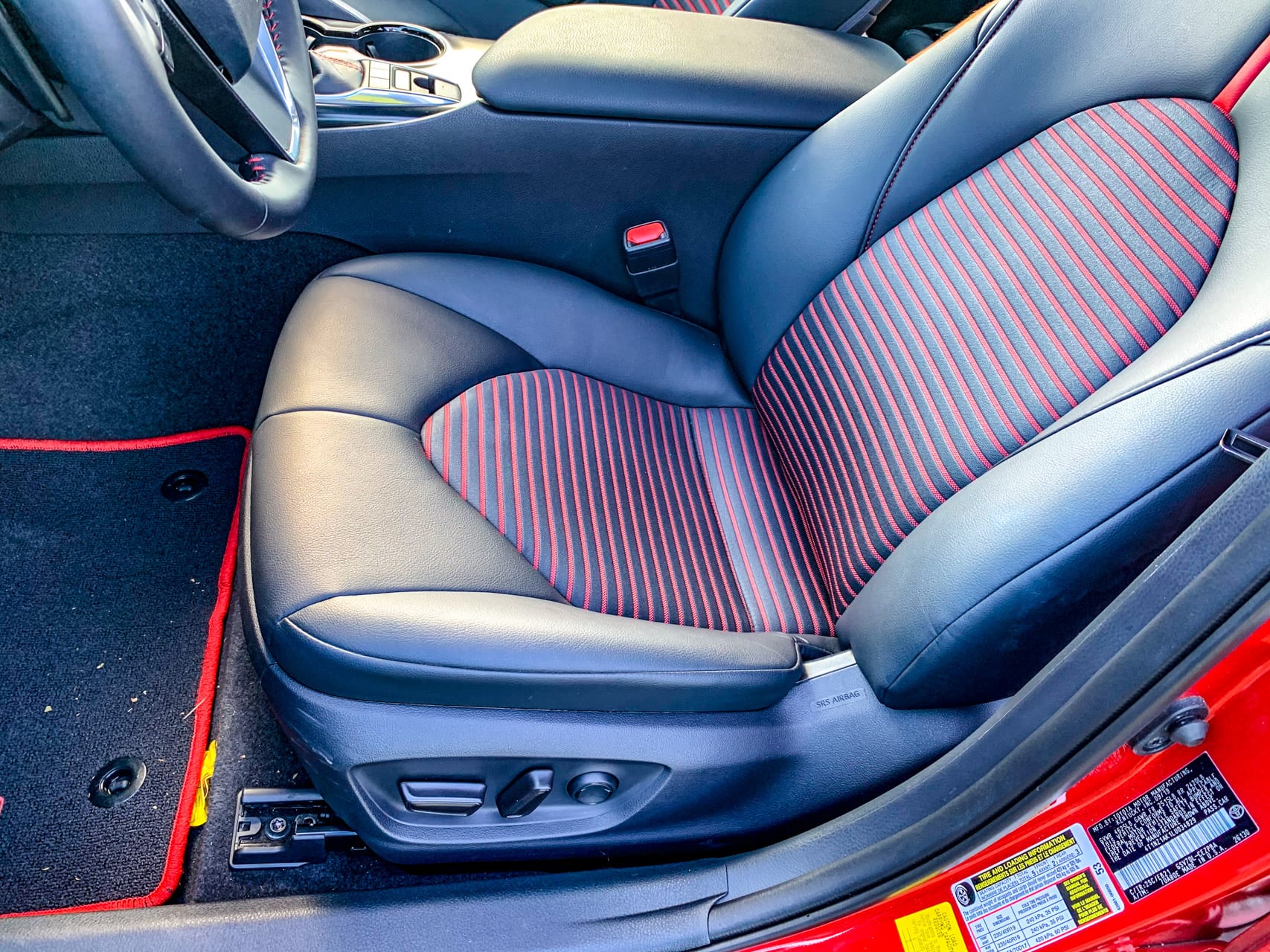 I’m not a fan of all the piano black, but that’s an issue across a lot of new cars these days. Even with the impressive level of cleaning that the loaner gets before I get it, it still shows dust and gunk within minutes of the initial drive. I liked the mix of materials beyond that though, especially across the passenger side.  My only other gripe is the “sporty” red-on-black dials, even with 20-20 vision, I had a hard time with the contrast depending on the level of light. 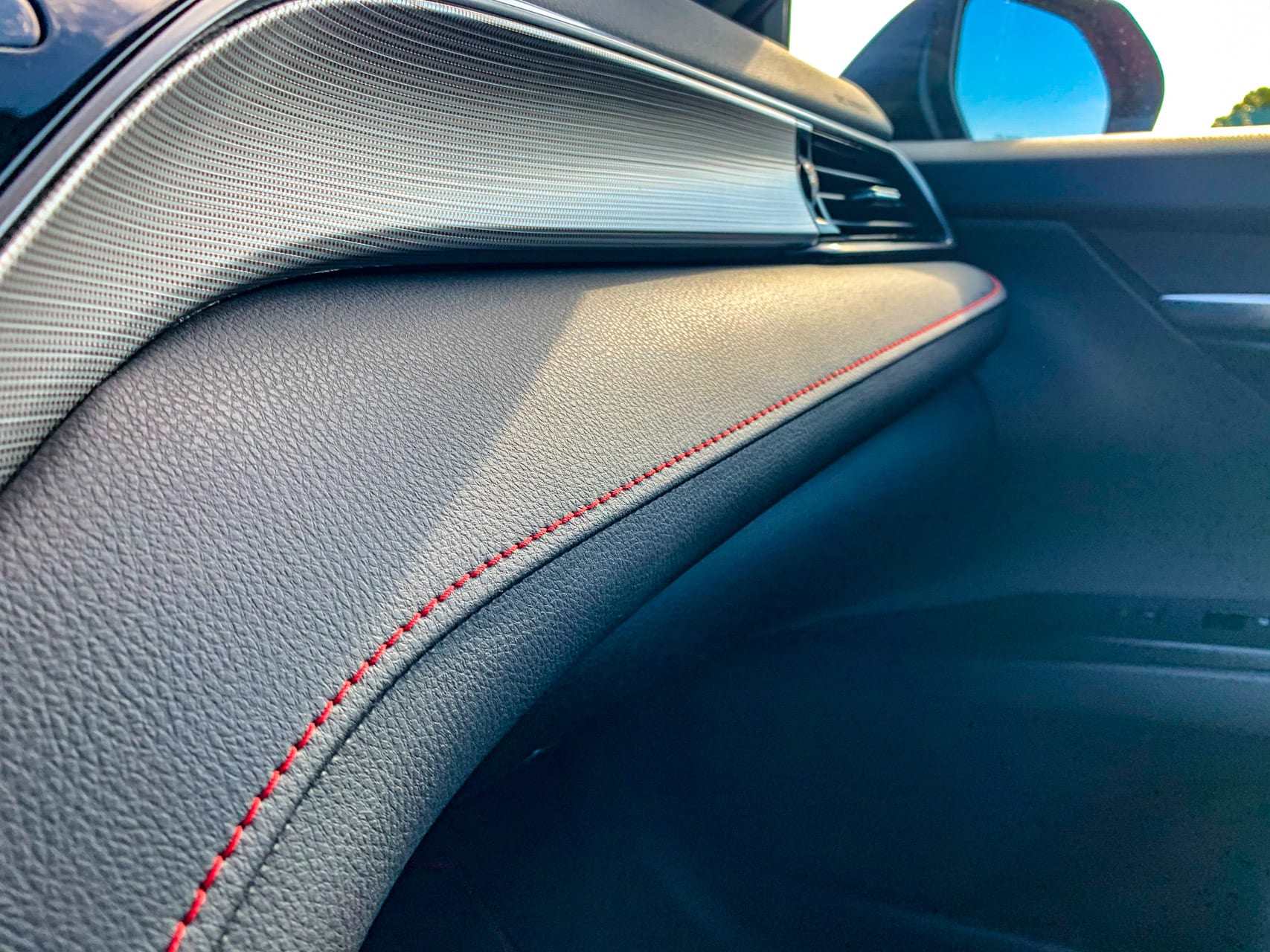 This is where I think the TRD shines, the exterior is pretty well done. The car looks low and aggressive, and a nice looking front splitter and rear wing. I definitely had some side-eyes and nods from other Camry owners. Is that a group that I want to be worshipped by? Maybe, maybe not, don’t judge me! I’m not going to rule it out. 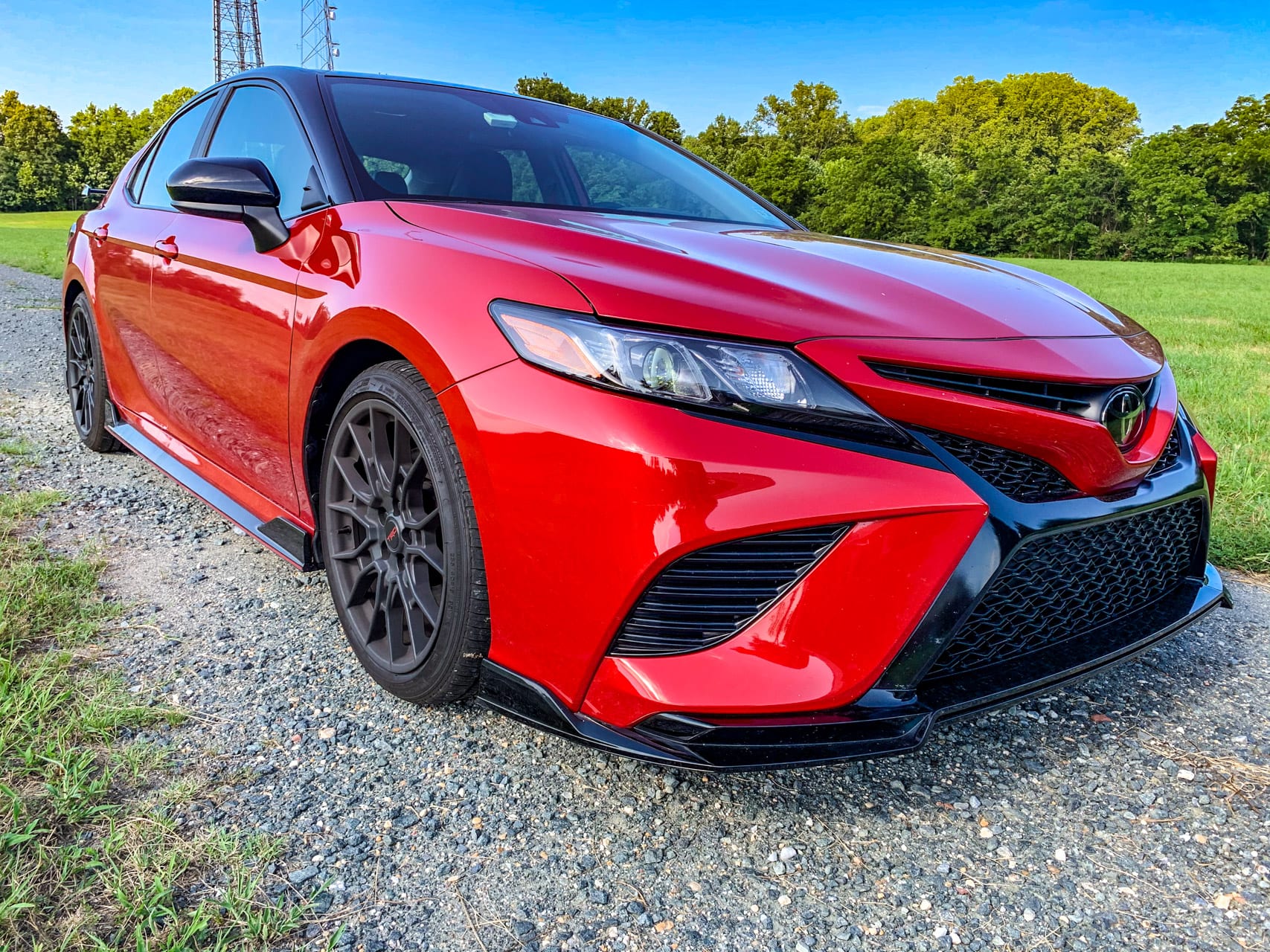 Still, while you may love it or hate it, but personally I think it works, especially in the “Supersonic red” paint ($500). 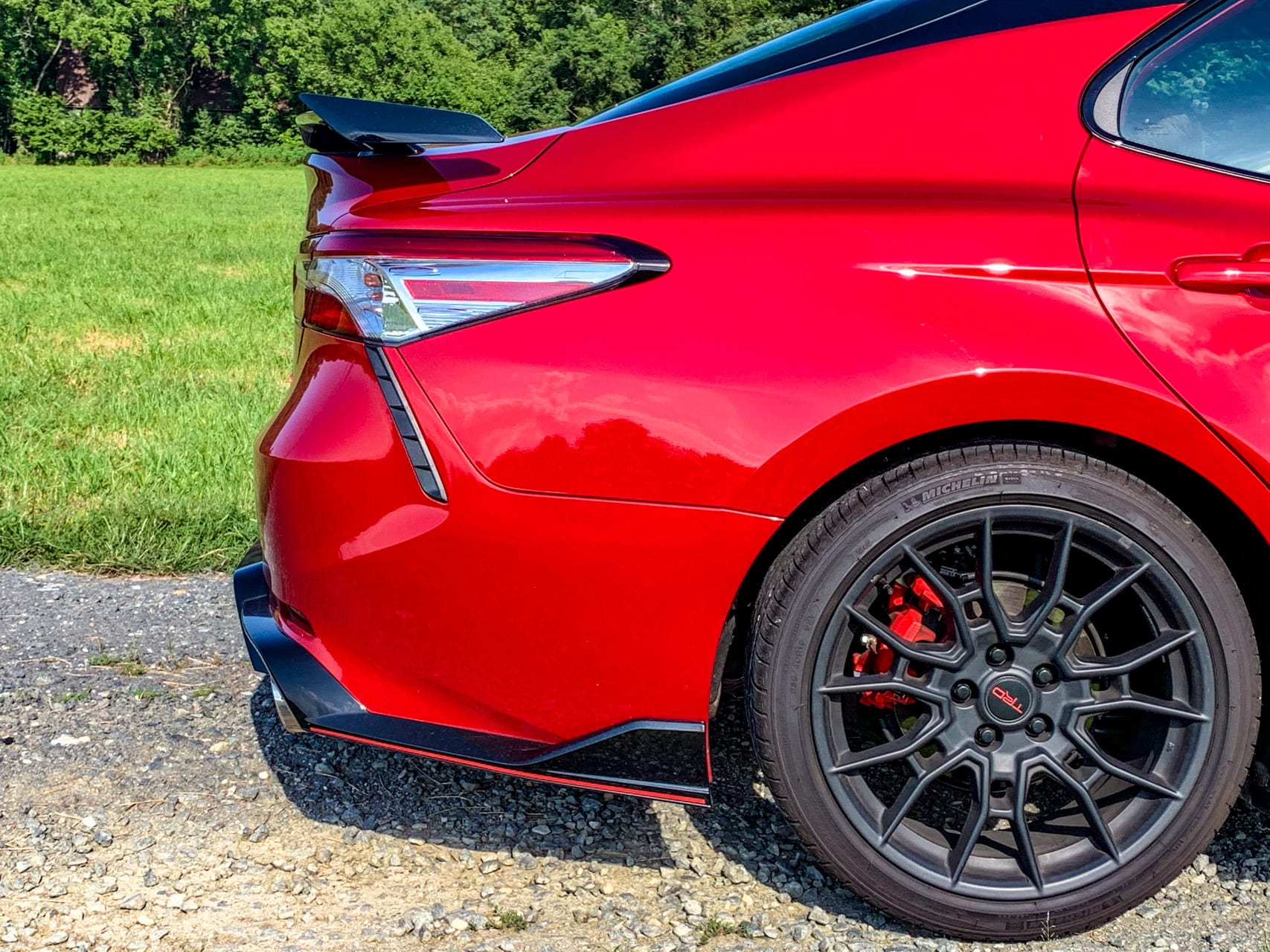 So, how does it drive? Well, mostly like a Camry, but better.

The exhaust note is definitely more aggressive, but not nearly to the level of the average aftermarket kit. Still, for the average buyer looking for something a bit more interesting, it will be a welcome addition. It gives a nice yowl on startup and reminds you that it’s there enough to make it a worthwhile addition.

The suspension and brakes do seem to work better than the average Camry, I found a smile creeping onto my face during some on-and-off-ramp antics. It’s clear that the chassis had been tweaked, and definitely feels more planted than a typical Camry (#groundedtotheground). Of note, ride quality didn’t really seem to suffer, but then again I was driving an NSX the week prior, so I’m not sure. In Sport mode, the TRD would hold 2nd gear around an on-ramp way longer than I expected. Impressive, since the TRD uses the stock Camry’s 8-speed transmission. In other driving scenarios, the tall gearing tends to drop the fun-having levels further down than they could be with better ratios.

The 301 horsepower V6 works basically the same as it does in every other Camry, which isn’t a bad thing. It will easily allow the TRD to cruise at 80 mph without much effort. It doesn’t feel “fast” in the context of performance cars, but the 0-60 is still in the high 5-second range. A time that was legitimately quick not that long ago.

So, is it enough? Well, for proper hoons, it almost never is. A couple of years back, I got to hang out with Toyota tuner Dan Gardner from DG-Spec. We checked out his bonkers CH-R R-Tuned and took a ride in a couple of his tuned Toyota minivans. He recently got to work on an Avalon TRD for SEMA. 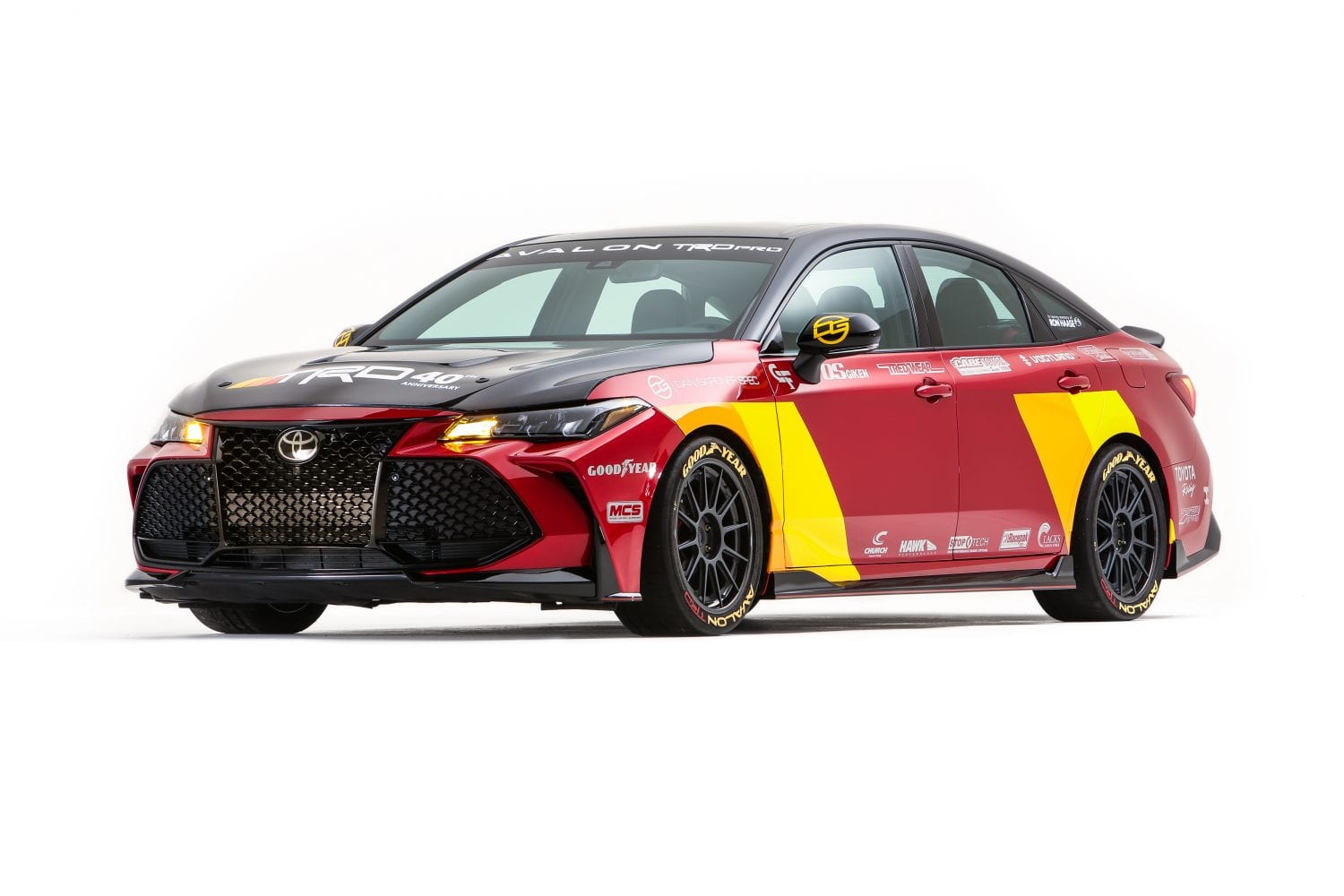 Looking at the “TRD PRO” Avalon, I found myself understanding how the Camry TRD could be a bit more better, and more powerful. The missing piece of the “BPU” is an intake, something that Gardner fitted to the Avalon, which could have bumped the power up to the 330hp range in the Camry. It’s not a lot, but a 10% bump would be noticeable. Gardner’s Super-Lock limited-slip differential likely helped get the FWD power to the ground. Maybe we’ll see an actual TRD PRO passenger car in the Toyota lineup? The blueprint is certainly there.

So, would I recommend the Camry TRD? For the hardcore enthusiast, it’s likely not enough. So all my friends who own, or have owned, track cars would turn their nose up at a minimally modified Camry. However, for that friend or colleague who seems to want to get into cars, but still wants or claims to need a Camry, it’s a great toe in the water. It’s very reasonably priced for what you get, and I think might actually be “cool”. I’m sure you’ll tell me why it’s not in the comments. 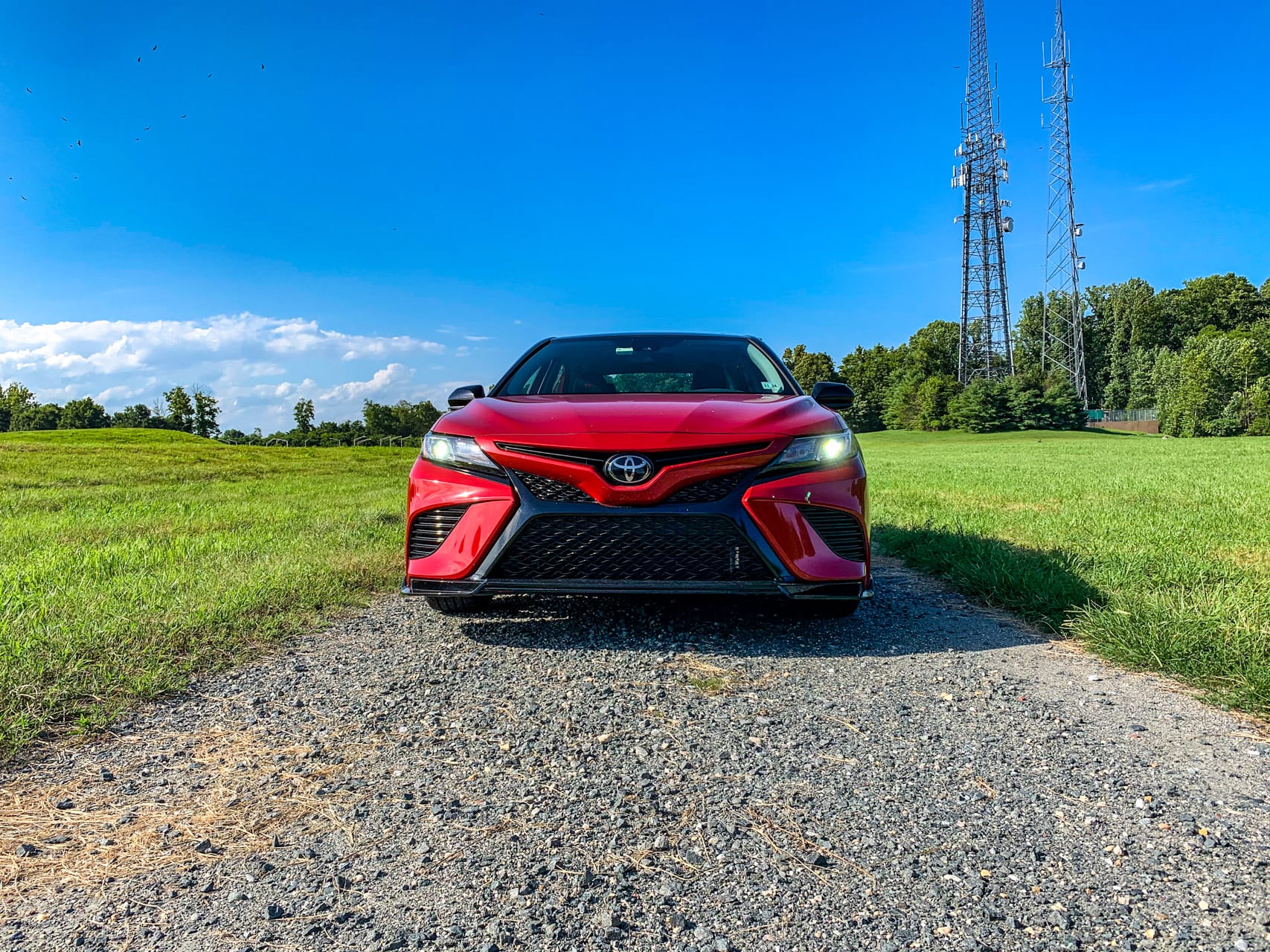 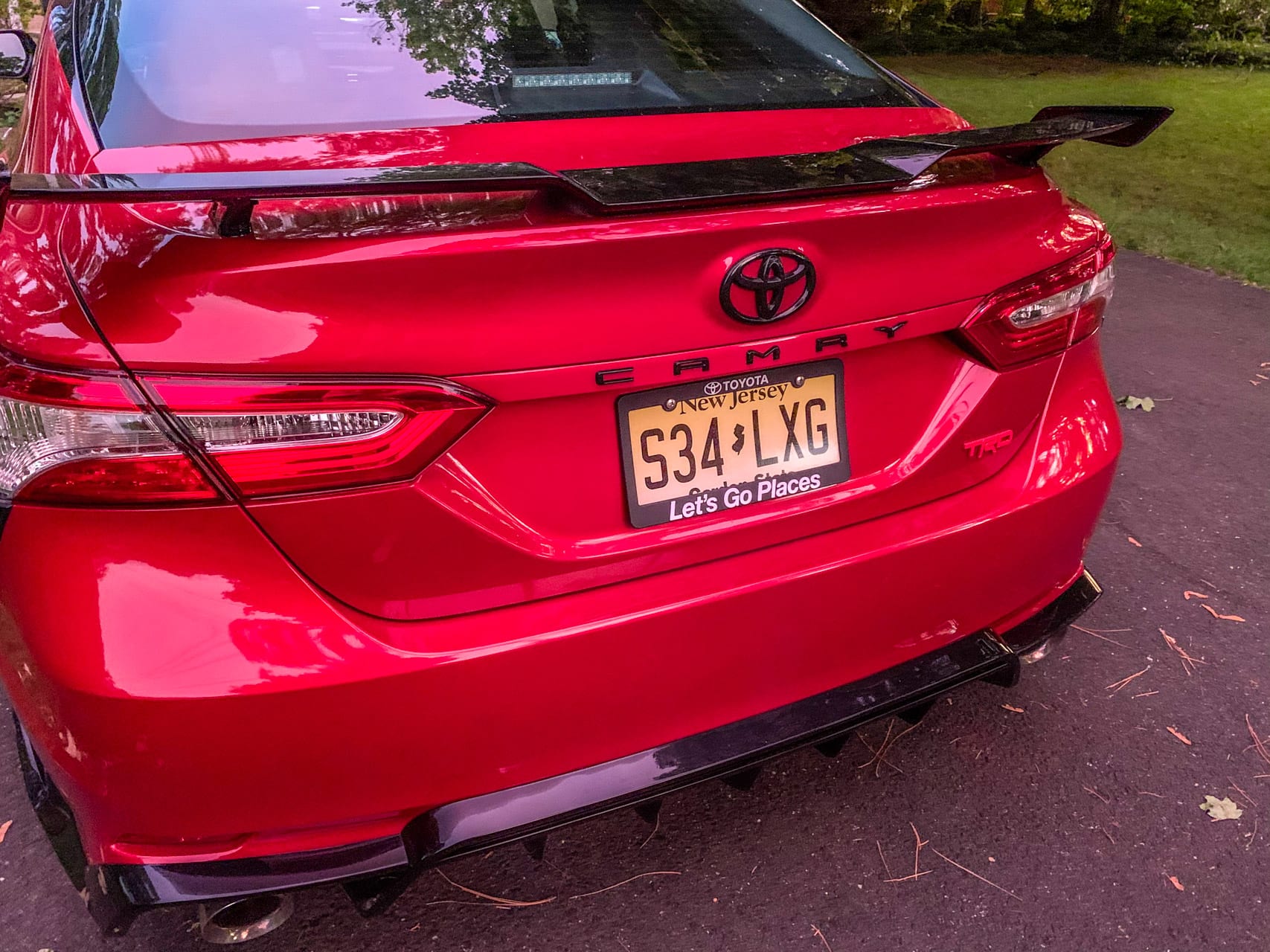 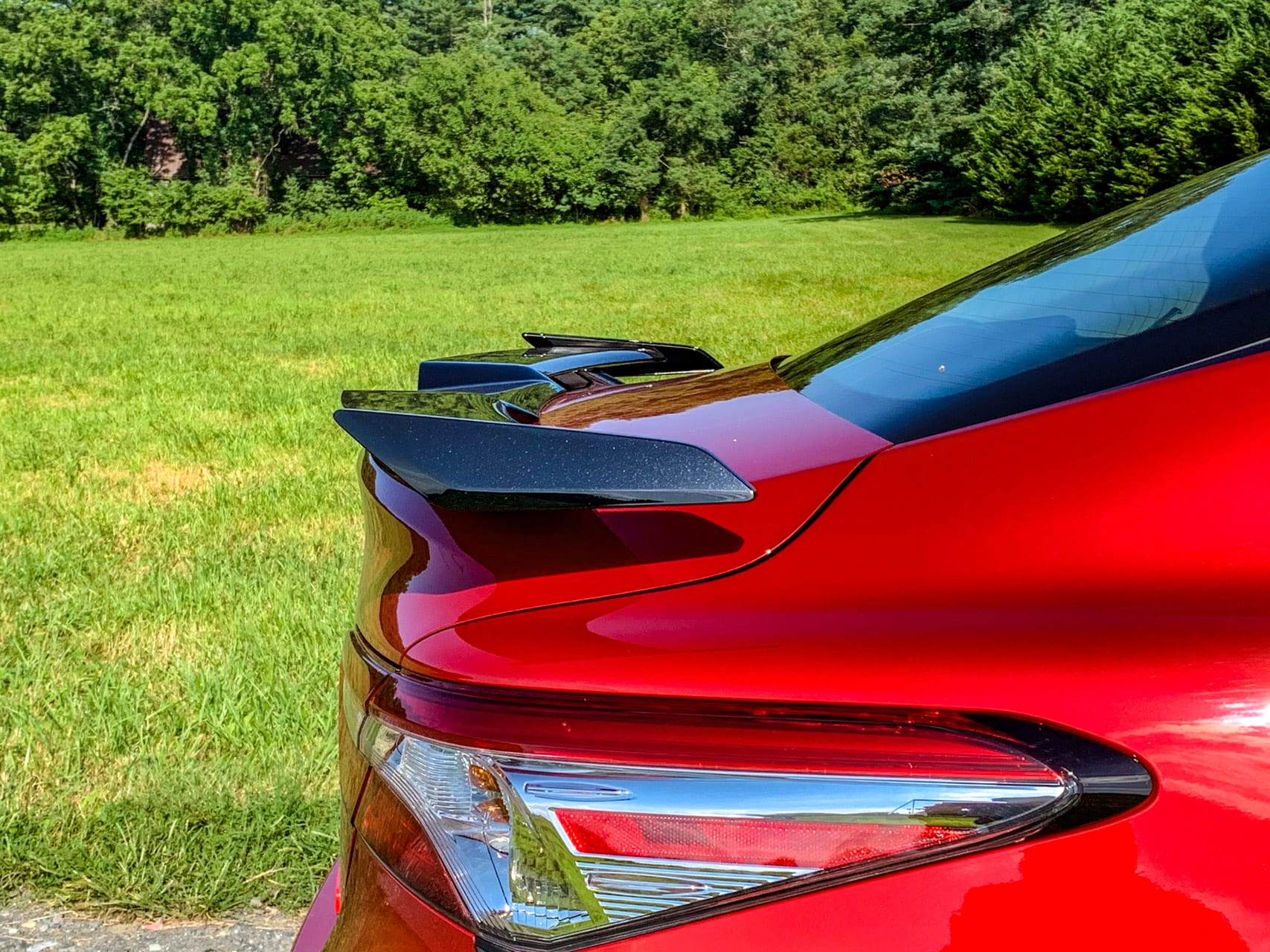 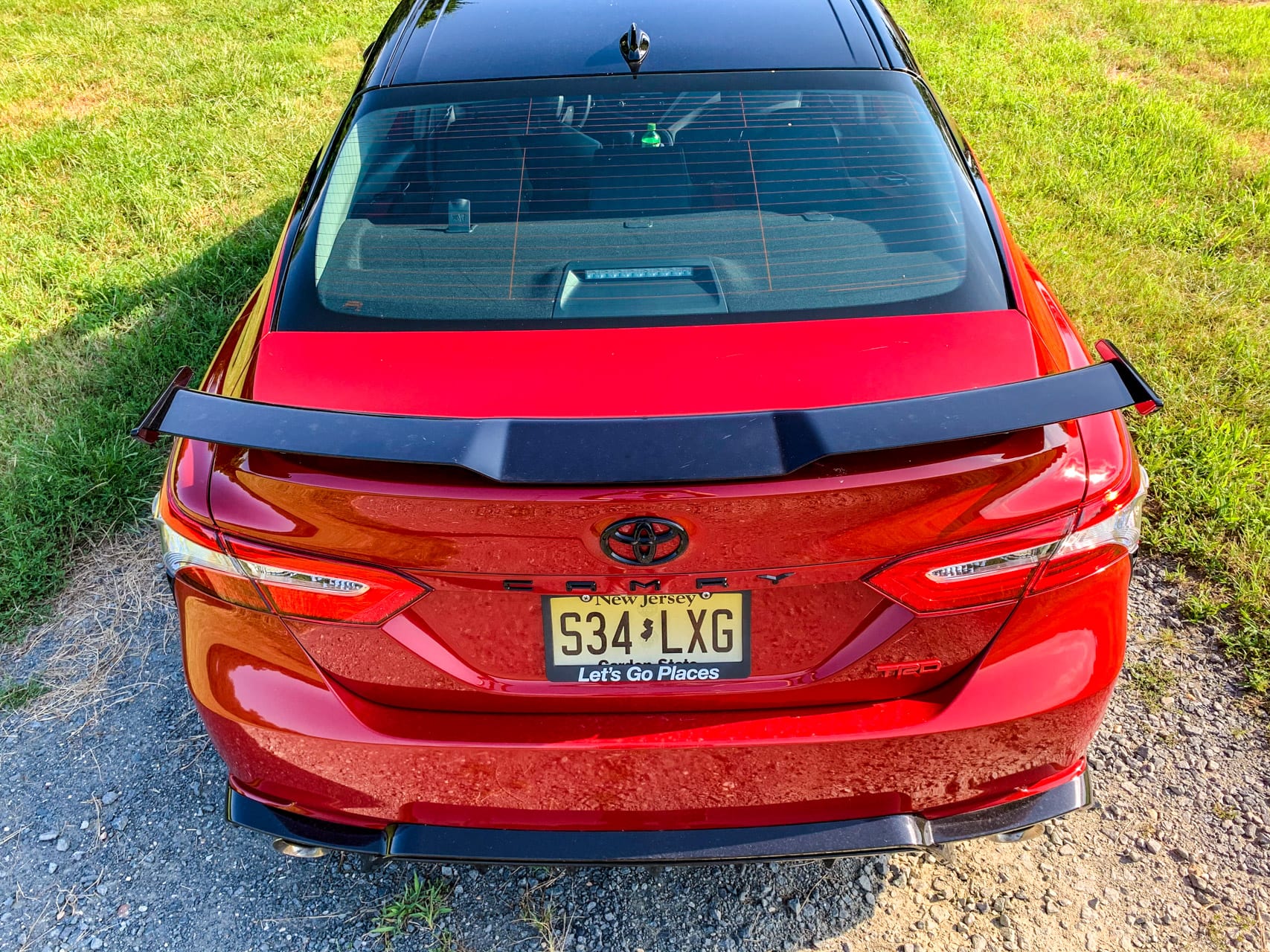 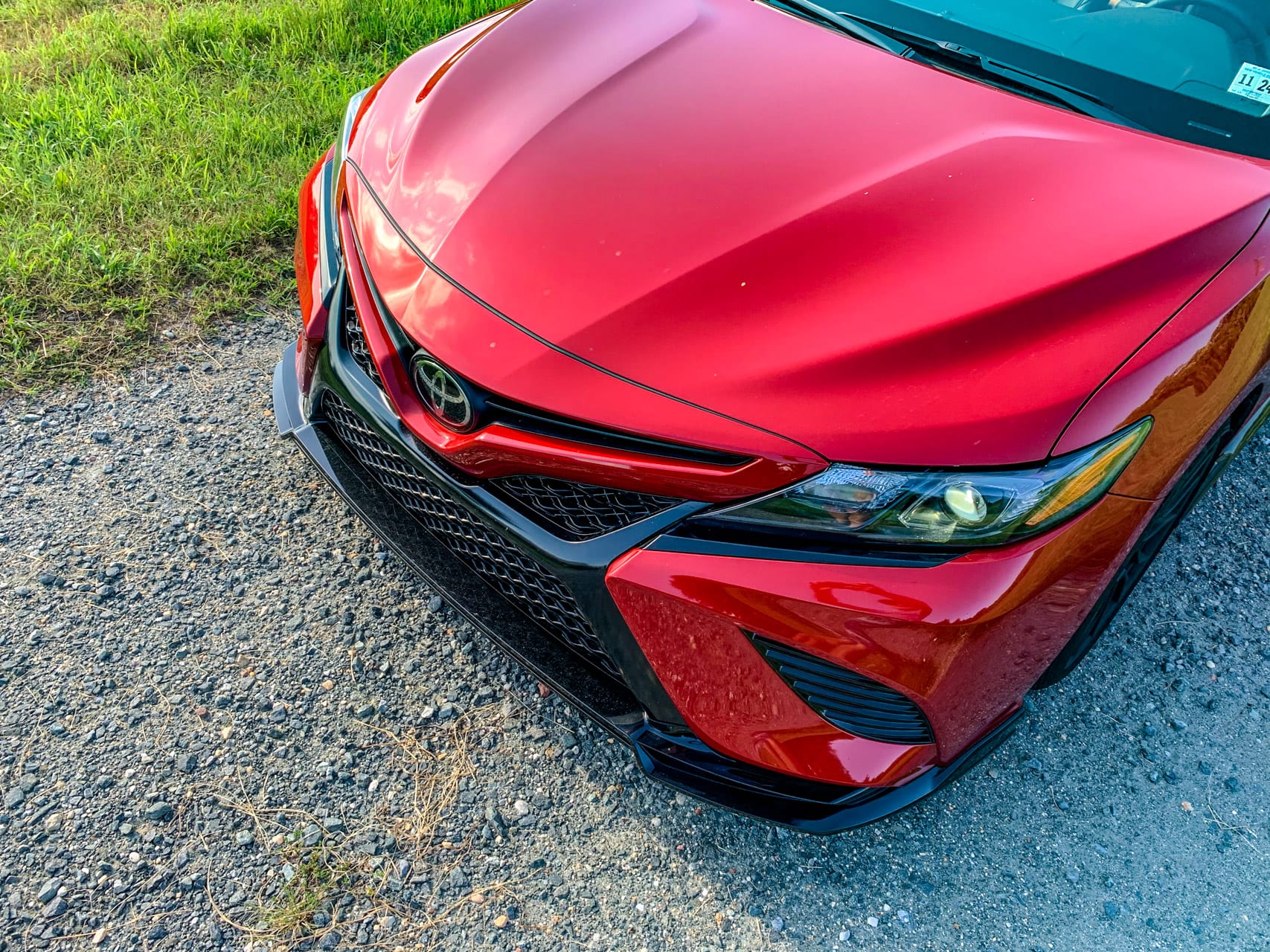 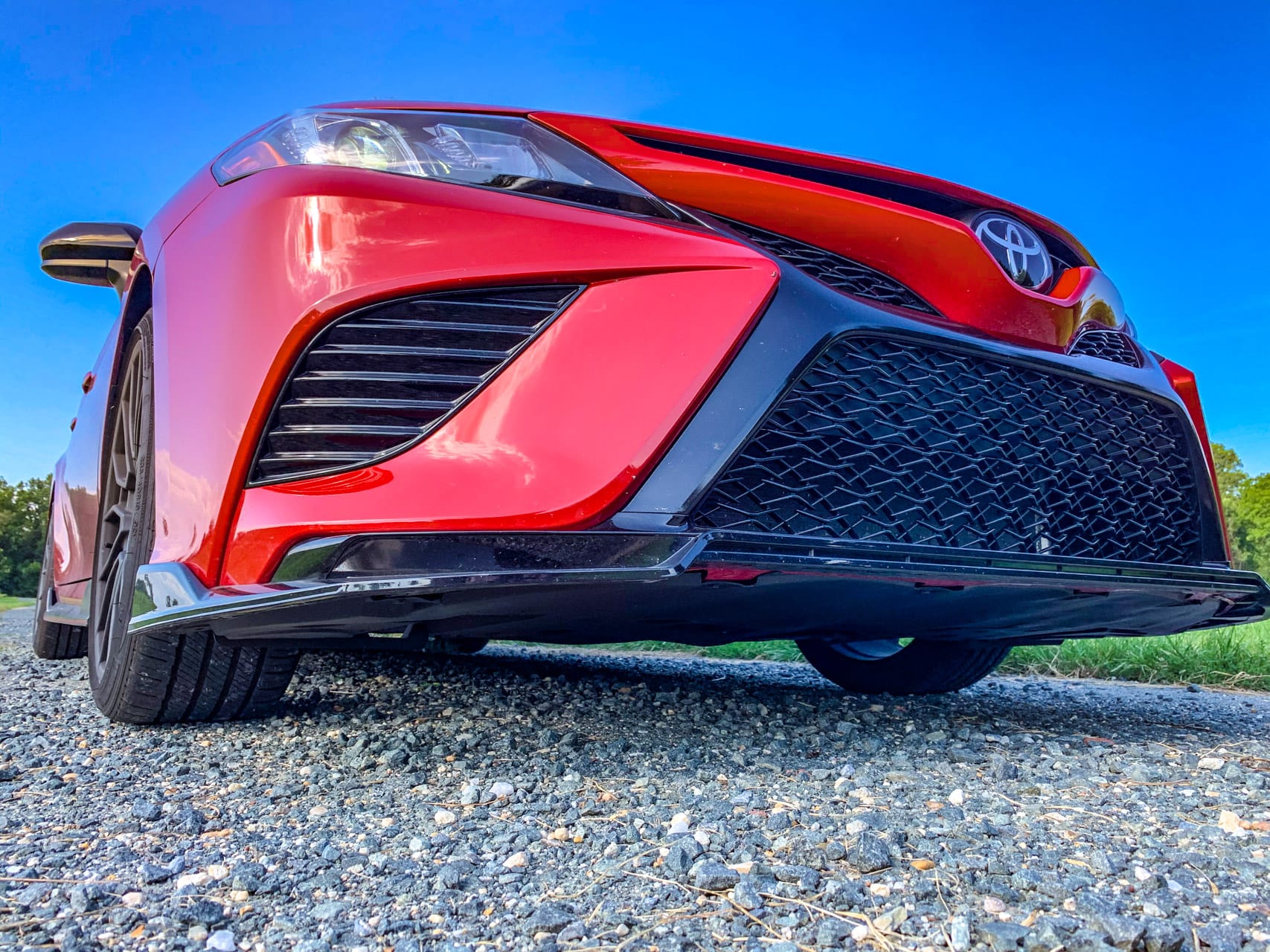 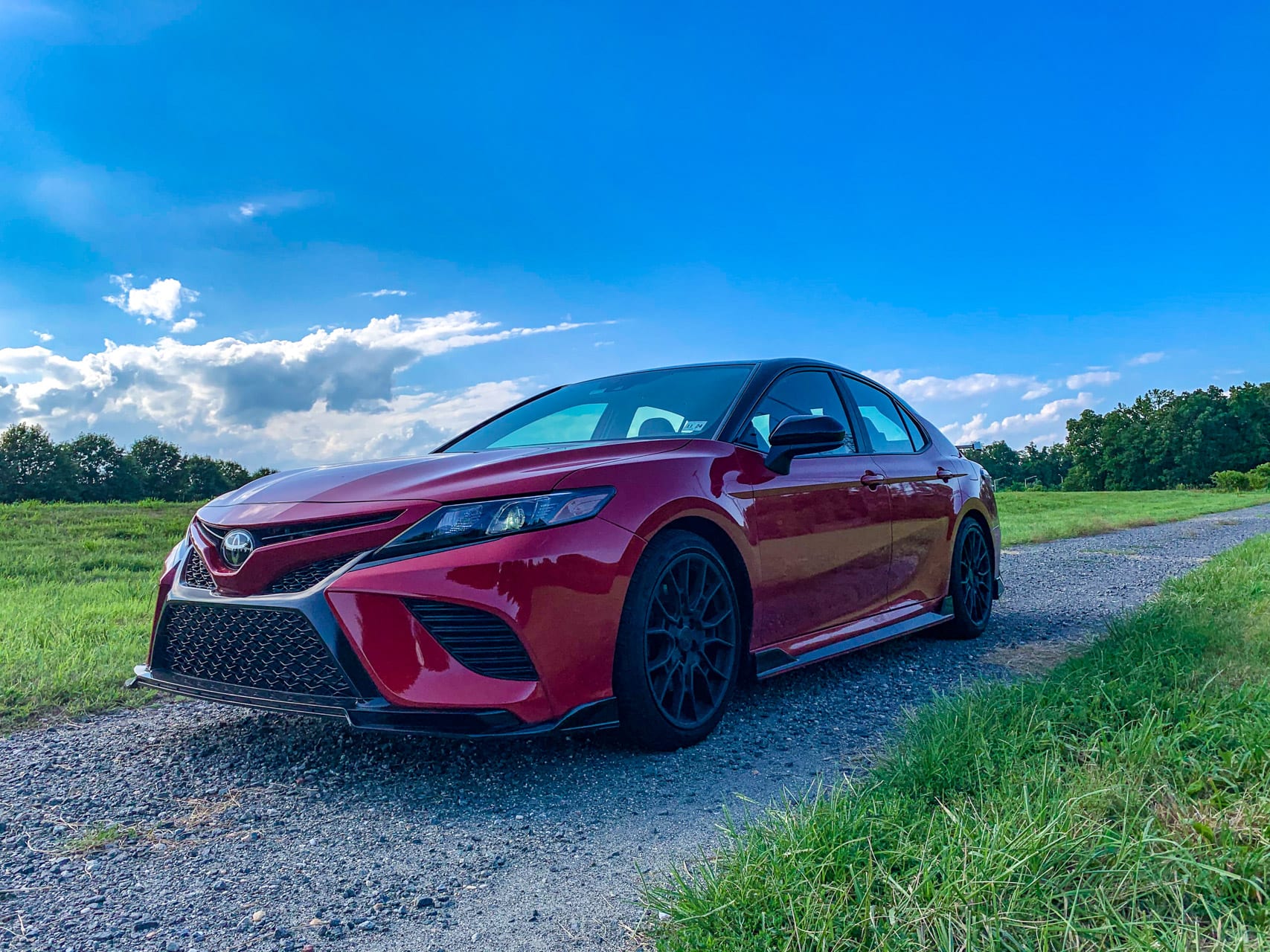 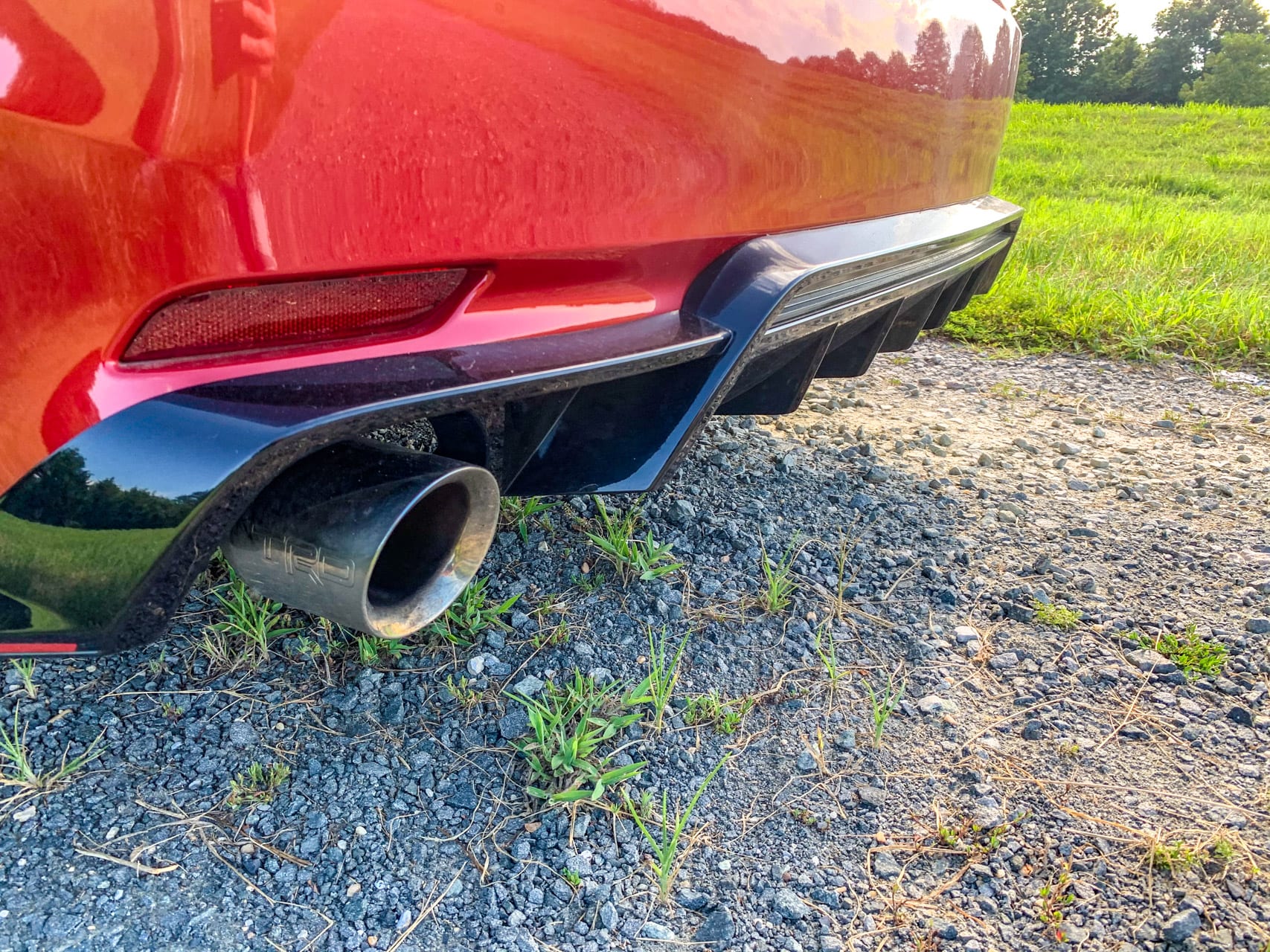 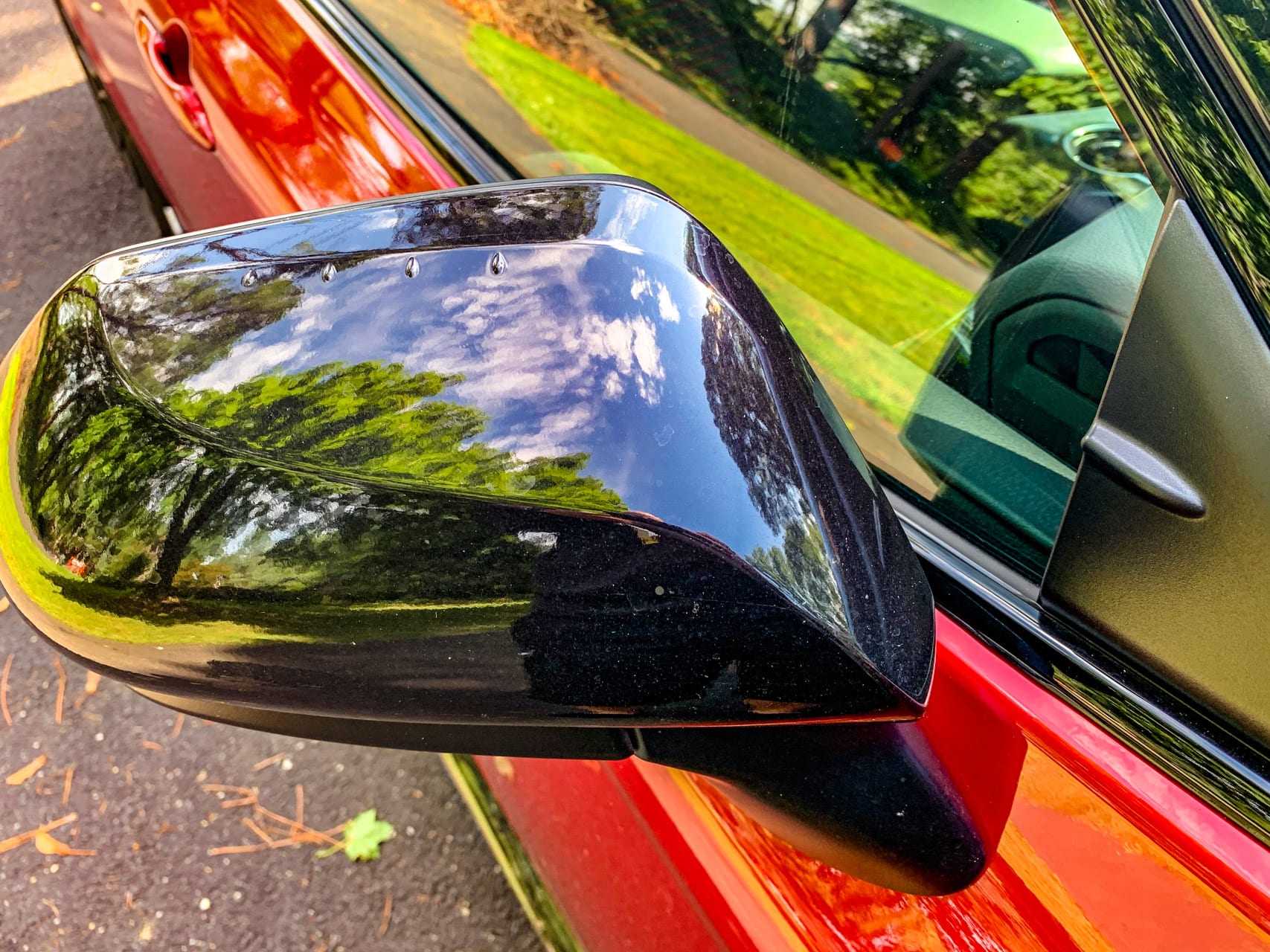 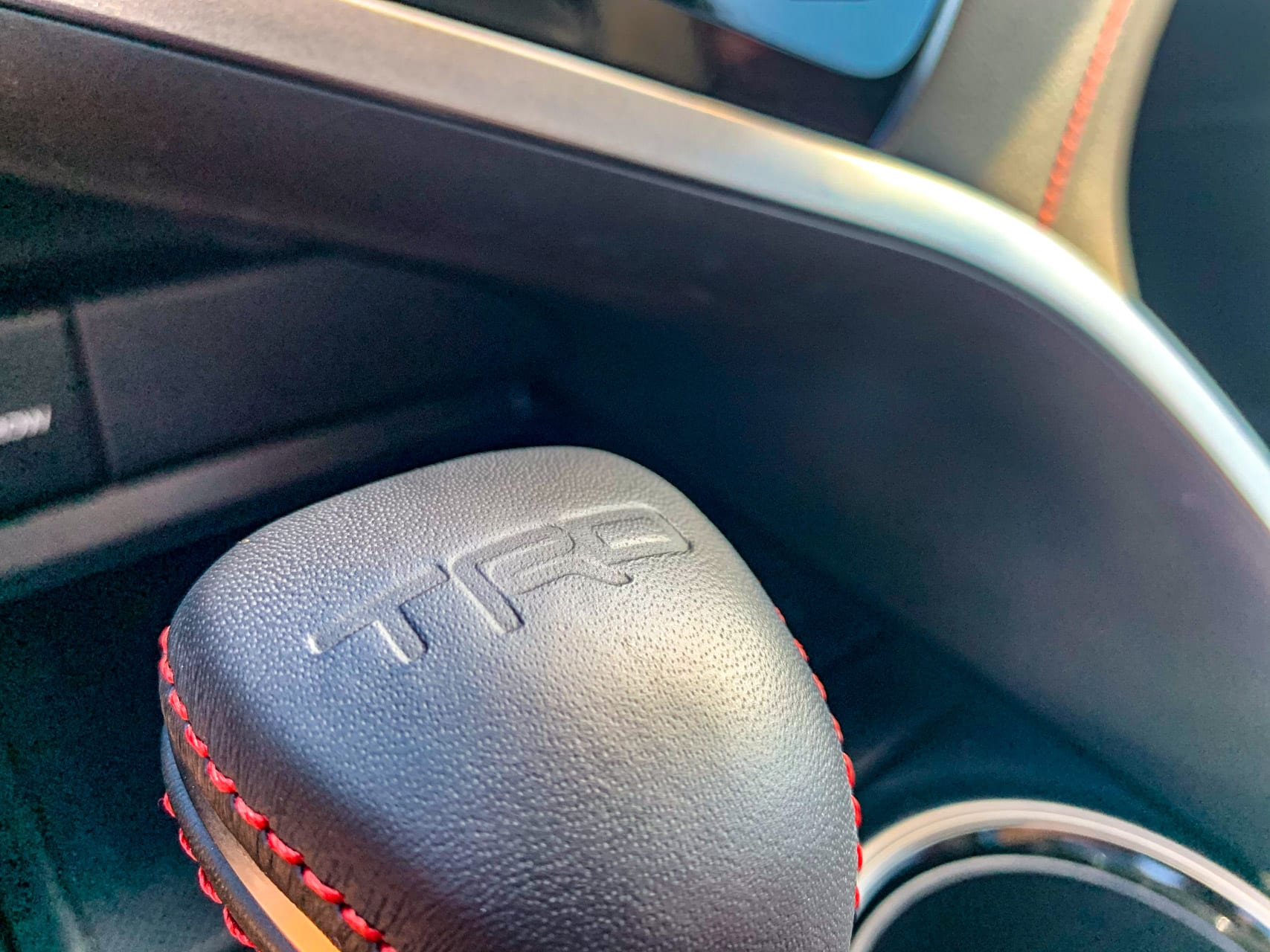 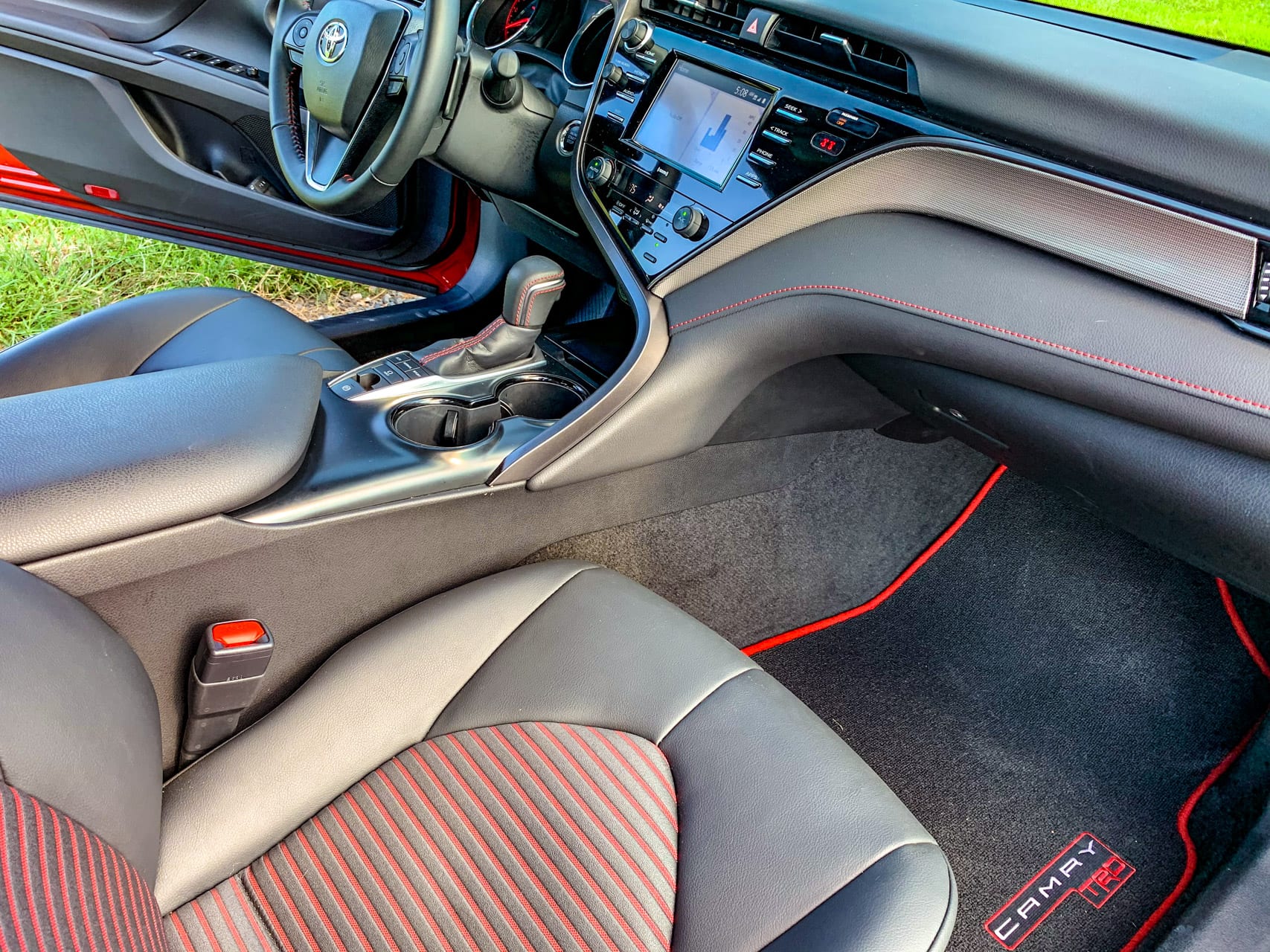