I approach these ideas as if I’m telling you a running story. Each car, truck, or SUV I drive builds on my own impressions about what’s good, and what isn’t good, in the automotive world. In the same sense, automakers are telling an ongoing story of their own with each vehicle that comes out of their design studios and factories. Volkswagen has told one hell of a story over its 83-year history, some of it good, some of it not so good. How does the new 2020 Tiguan stack up to the VW lineage? Volkswagen loaned me one for a week, so let’s find out. 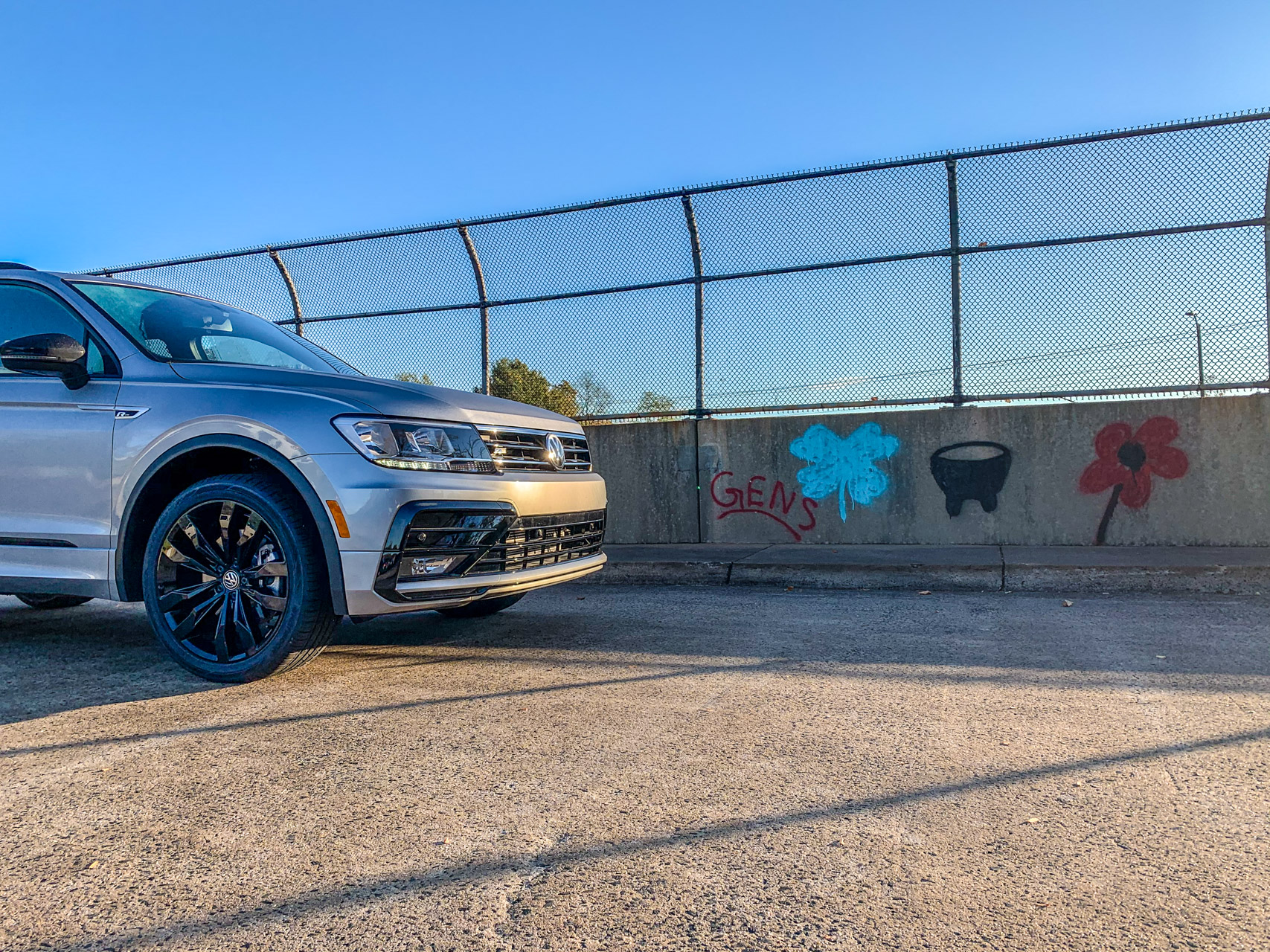 I almost minored in history, perhaps that’s why I like to start these reviews with some background on make and model lineage. VW has quite a storied corporate history with the amazing success of the people’s car and some unfortunate linkages to questionable high profile figures in history, to becoming one of the largest automakers in the world, and then going through major international scandal. Back to my own history for a moment, I decided I needed something a bit more practical to go with my psychology degree; so I chose marketing vs. history, and it likely helped get my first real job out of college. Volkswagen has some pretty epic marketing campaigns as well, from the 2011 young Darth Vader Super Bowl commercial to my personal favorite, the Unpimp Ze Auto series. I say all this to highlight the fact that history and marketing form the basis for a lot of your perceptions about a company and its products. As does the personal experience of course. I’ve told the tale of my early VW ownership, and how that experience framed my image of the company for some time in a less than positive light.

I will also highlight that recent reviews have been quite good, I enjoyed the latest Passat, and a bit meh, the latest Atlas CrossSport. So it was with a keen eye that I hopped into the passenger seat of the latest loaner, the 2020 Volkswagen Tiguan SE R-Line Black 4MOTION. I then realized I was in the wrong seat and switched to the driver’s seat. 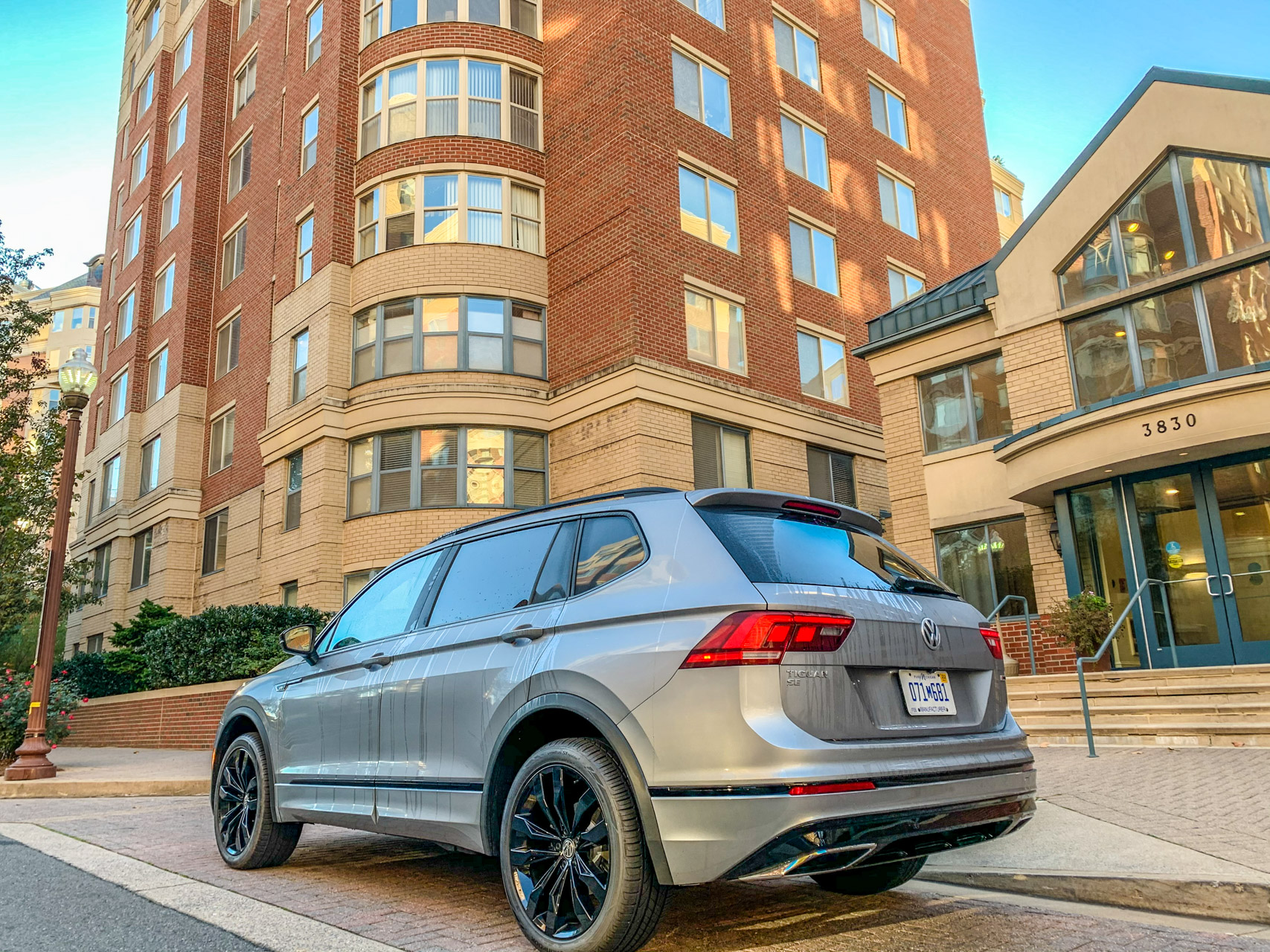 The term Tiguan isn’t rooted in a real word. It is actually rooted in two real words, apparently a mix of the German words for “Tiger” (which means…well “tiger”) and “Leguan” (which means “iguana”). Imagining a tiger and iguana mating, much less what their spawn might be like, is a bit terrifying. However, I suppose both have positive traits that would lead to the creation of a solid compact crossover. Or something.

Most would imagine that the Tiguan would be built off of the Golf platform, but that isn’t the case. The first generation of the crossover, launched in 2007, was built on the PQ46 platform used for the B6 Passat. My favorite bit of trivia on the 1st gen Tiguan is that in some markets, including Russia, it is sold with the trim packages Trend & Fun, Sport and Style, and Track & Field. Which one to pick!? The first generation soldiered on until 2016 when it was replaced by a new version built on the updated Volkswagen Group MQB platform. The A2 version more specifically, hosts pretty much all of the VW Group’s small crossovers.

The Tiguan has five primary trim levels these days. Our tester was the mid-range SE R-Line Black, which was a bit refreshing since most press loaners come maxed out in top trim spec with options added. At just over $30,000 it’s a pretty solid starting point. Our Tiguan topped out at $31,595 plus destination. Impressive. 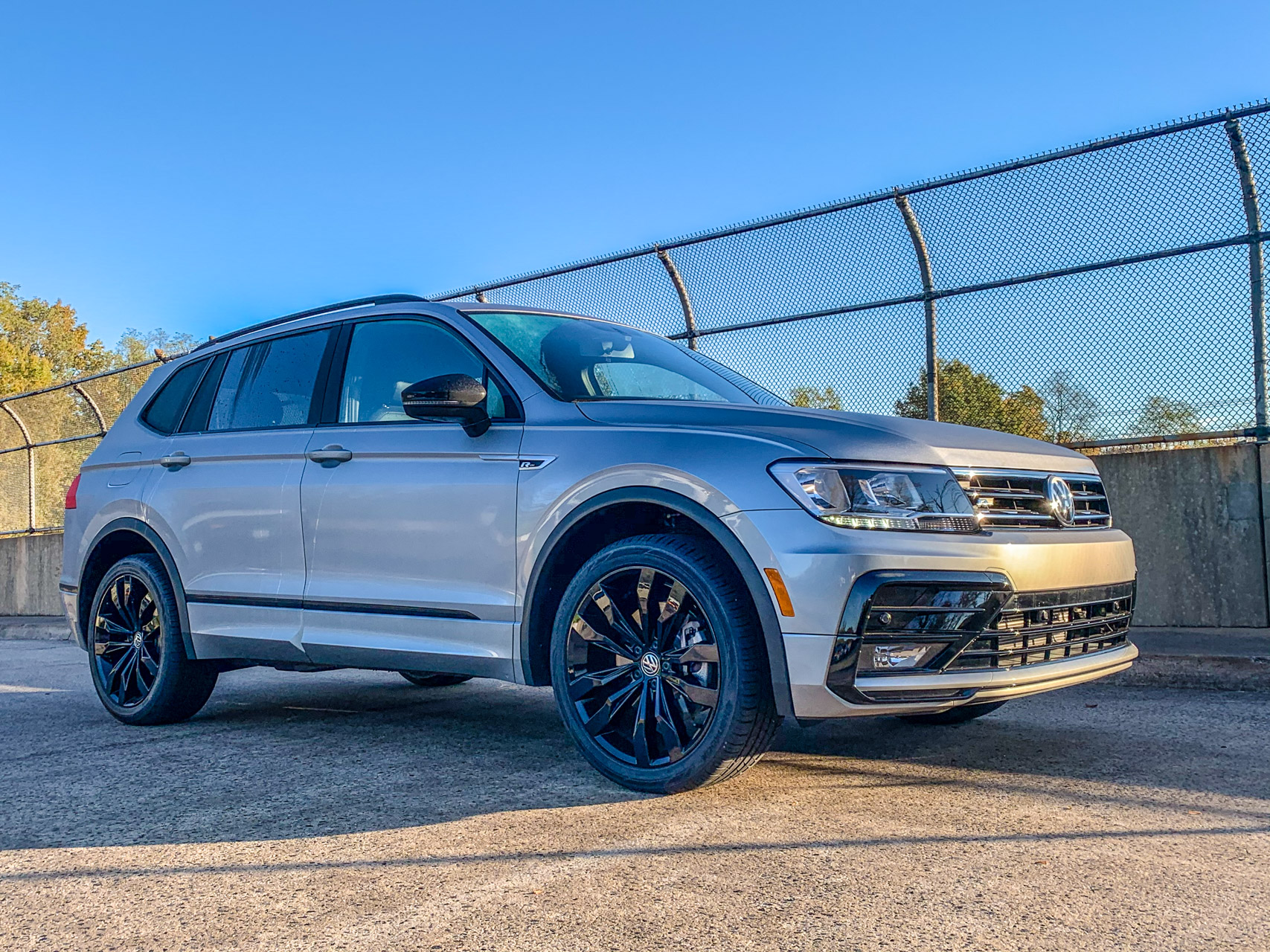 First of all, I’ll say that I really like the proportions of the Tiguan. I feel like the compact crossover segment delivers just the right mix of practicality and size. Not too big, not too small, you get it. Obviously black trim is all the rage, and it looks good on the Tiguan (Tig? Tiggy?). VW added in a nix mix of brightwork around the Pyrite Silver Metallic paint so that it looks polished and a bit more expensive than it actually is. Interesting choice of color names, as “pyrite” is more commonly known as “fool’s gold”.  Lost in translation? 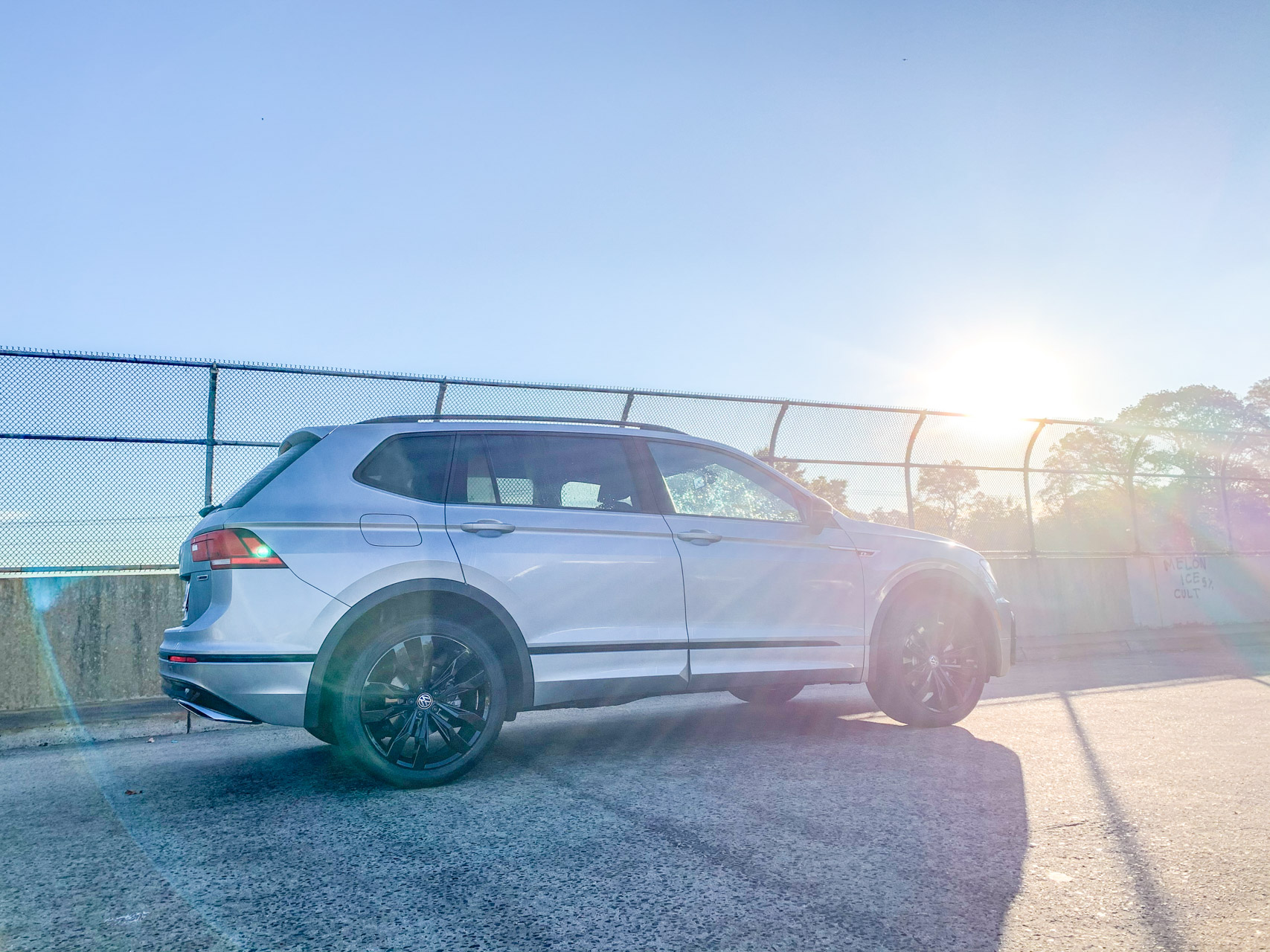 I dig the Germanic creases down the side, it reminds me of the current generation GTI. Seriously, it’s a good looking crossover. 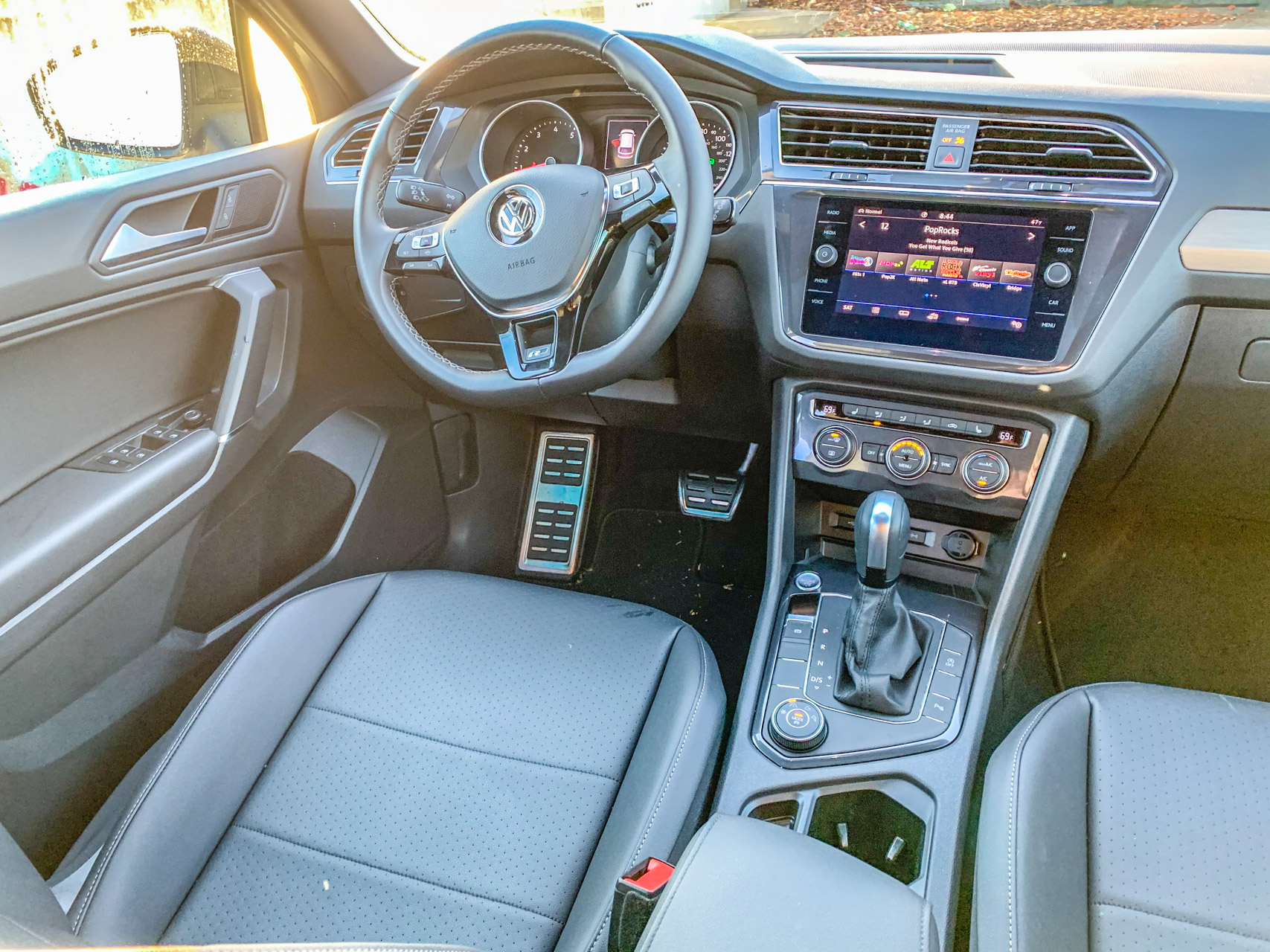 On the inside, you get a choice of any interior color you want, as long as it is black, or grey. Very German. The Tiguan has a ton of seemingly reasonably priced options including the option for a third row for $595. I have to imagine that would be a bit tight based on the Tiguan’s wheelbase, but it’s a good option to have regardless. Without it, you get a nice large flat loading surface in the back. Speaking of loading, one item that I did miss on occasion was a power rear hatch, which you might expect on the mid-level trim (you have to hop up to the Tiguan SEL for that). 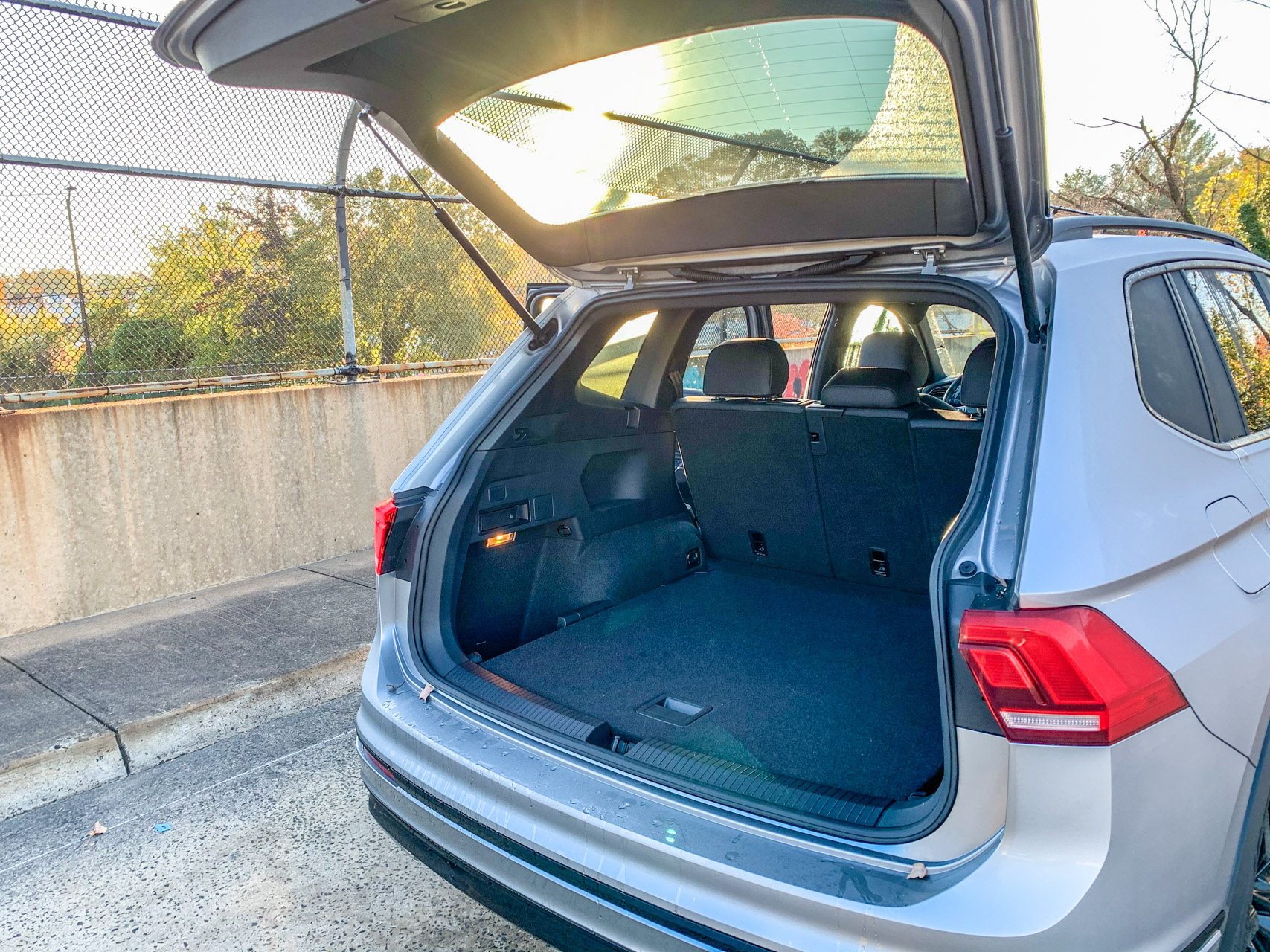 The V-Tex leatherette covered seats are a bit flat up front, but overall it’s a pretty comfortable experience, with nice materials throughout. Standard equipment is also good for the price, with stuff like dual-zone climate control, heated front seats, leather wheel, and 40/20/40-split folding 2nd row. 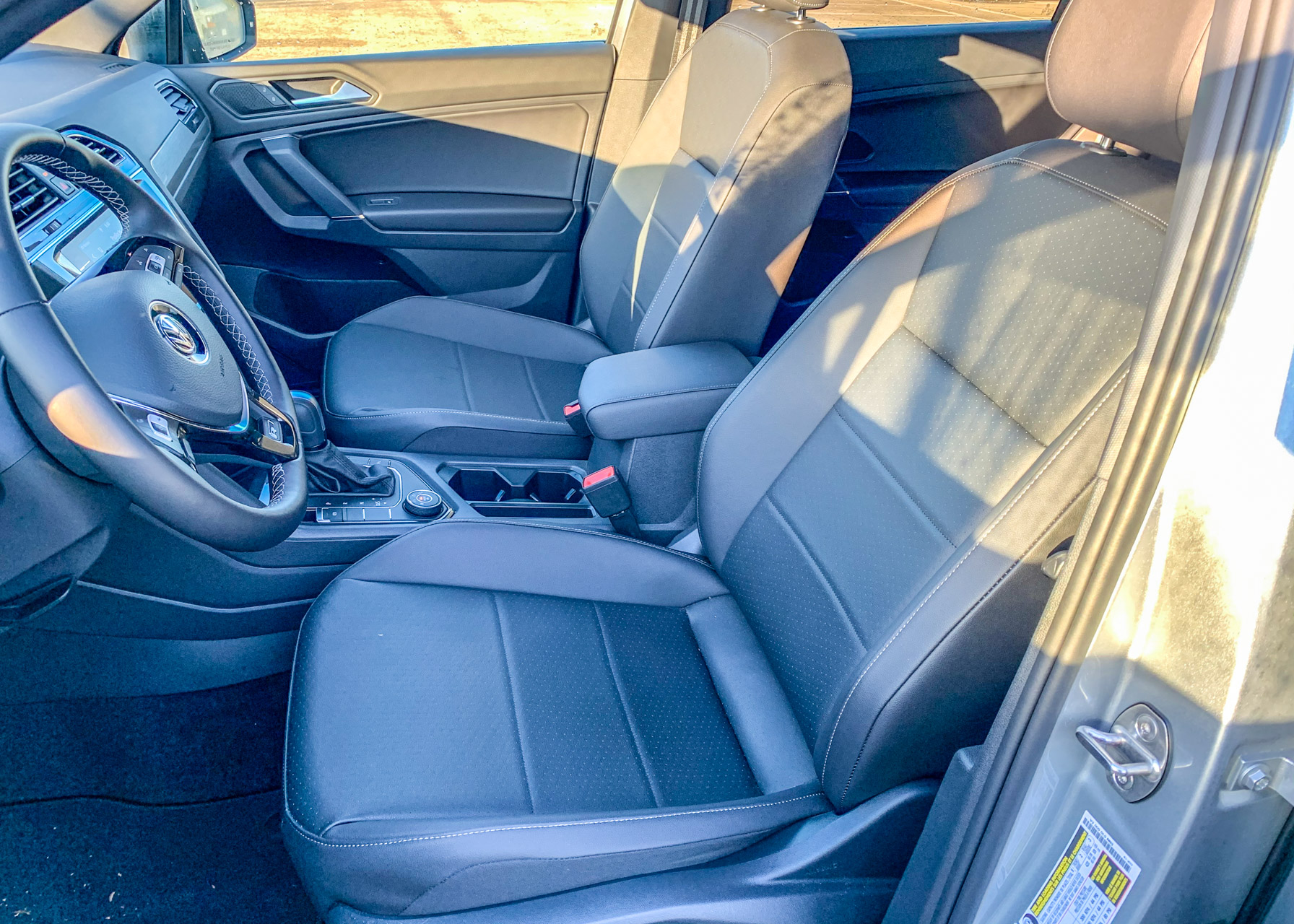 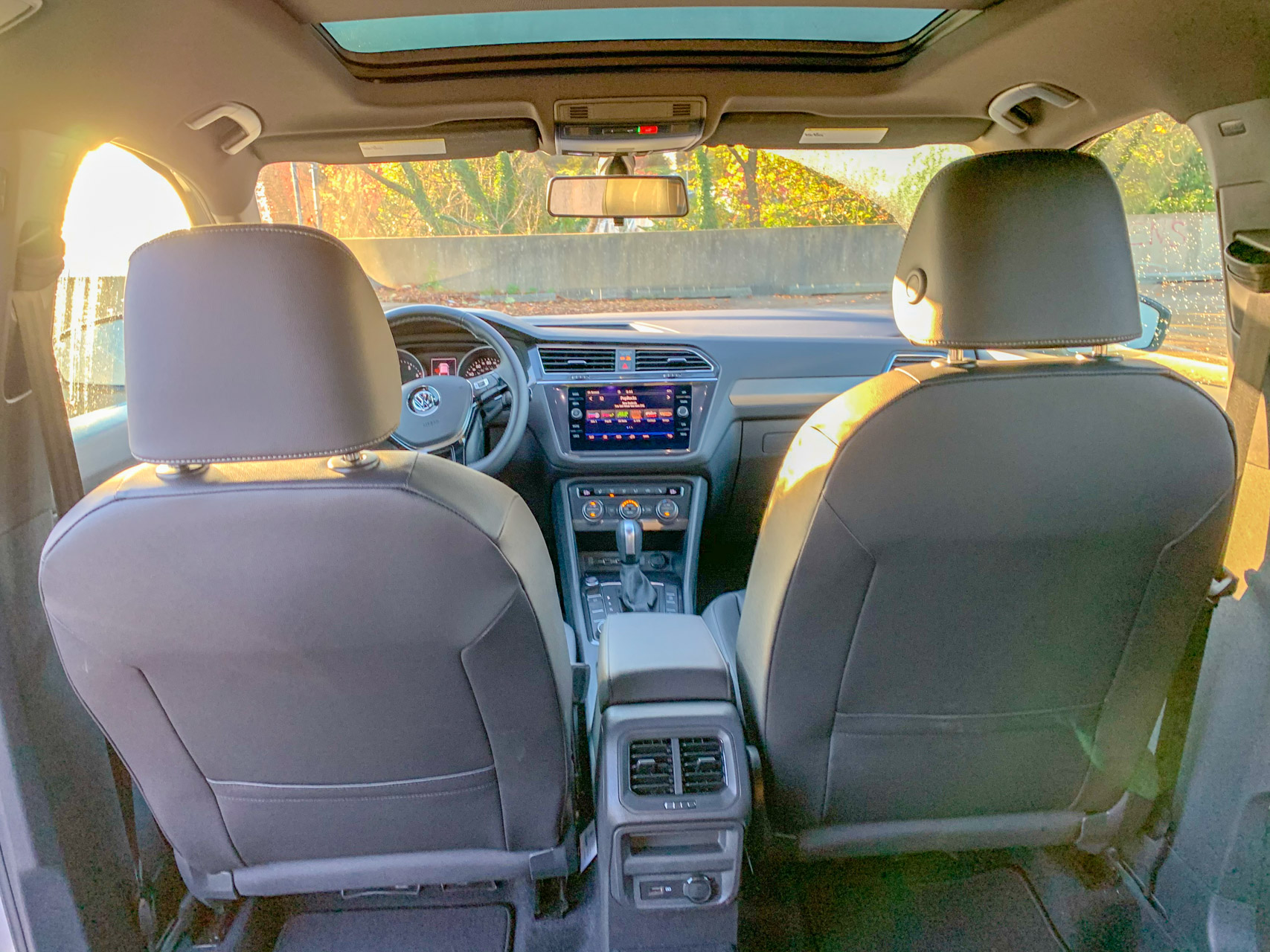 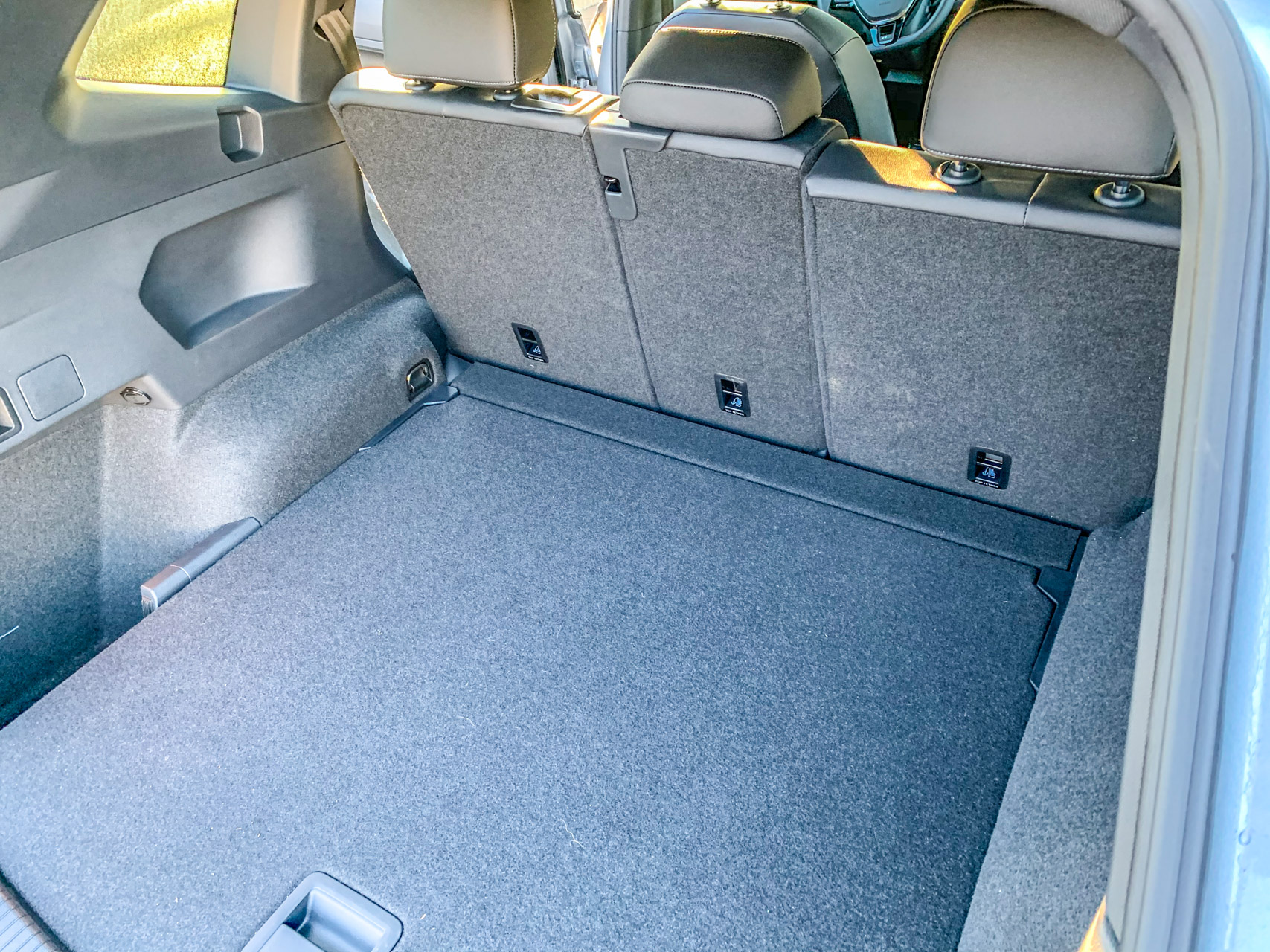 I hate to use a generic term like “peppy”, but that’s the best adjective I can find to describe the ubiquitous 2.0 turbo 4-cylinder in the Tiguan. With 184 horsepower and 221 lb-ft of torque, it’s no rocket ship. Just about every competitor has more power, including the RAV4, CRV, and Escape. It does best the Nissan Rogue’s 181 horsepower. Most car mags have the 0-60 for the Tiguan in the mid-8-second range, and it gets 22/29 mpg city/highway with FWD and AWD models will give you 20/27 mpg. Sort of like the performance, not amazing, but not bad.

Out on the road, the Tiguan isn’t quite a tall GTI, if that is what you were hoping for. Handling is respectable for a crossover, everything felt planted and stable during most driving situations. 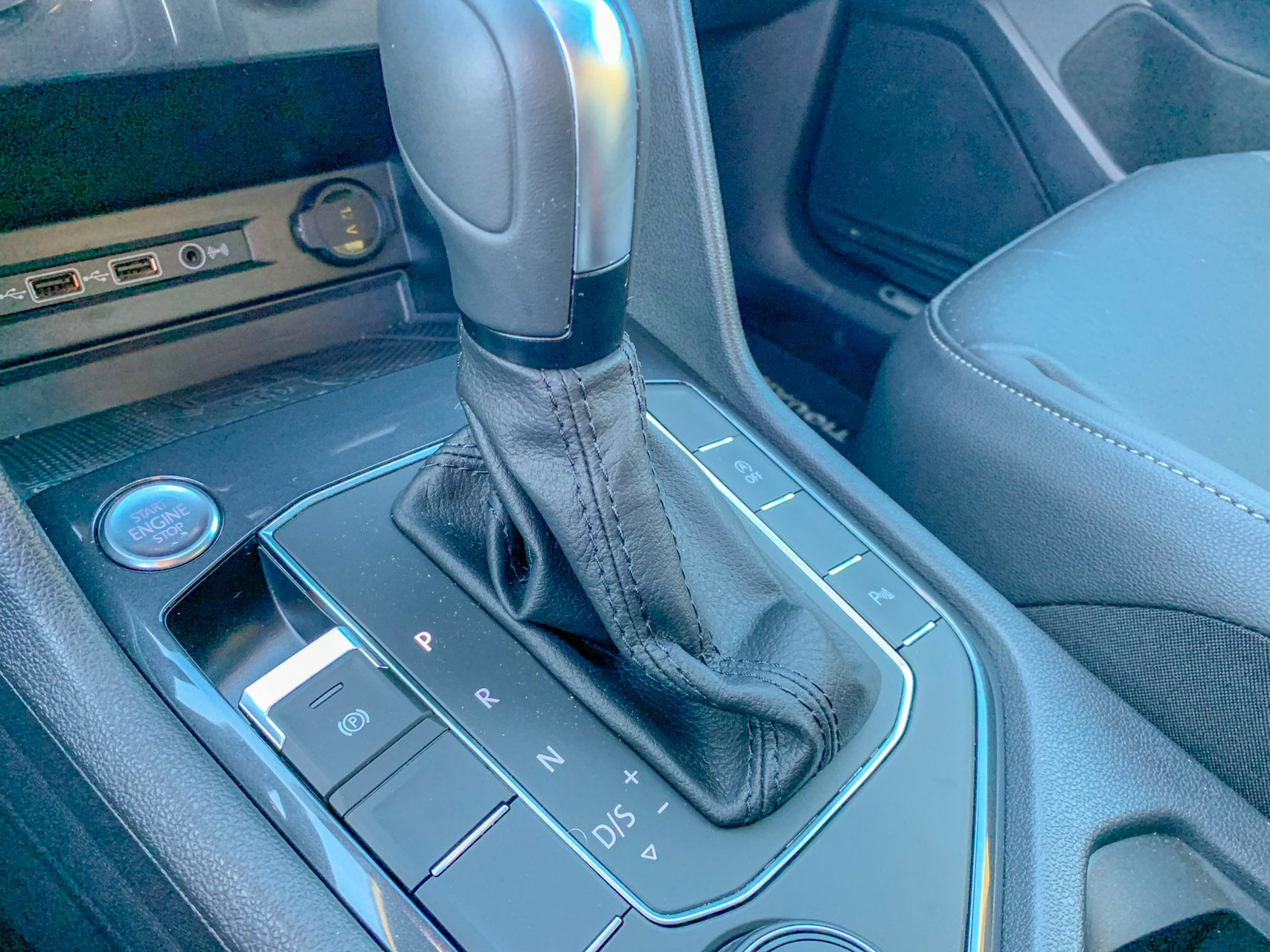 In short, I dig it. The week spent driving around town in the Tiguan was pretty enjoyable. I could see a ton of young families opting for the Tiguan, and this one came in just the right spec in my semi-professional opinion, with the black trim giving it a bit of attitude, and the 4Motion delivering some AWD capability. And at an out-the-door price of under $32,000, it’s impressive value for money. 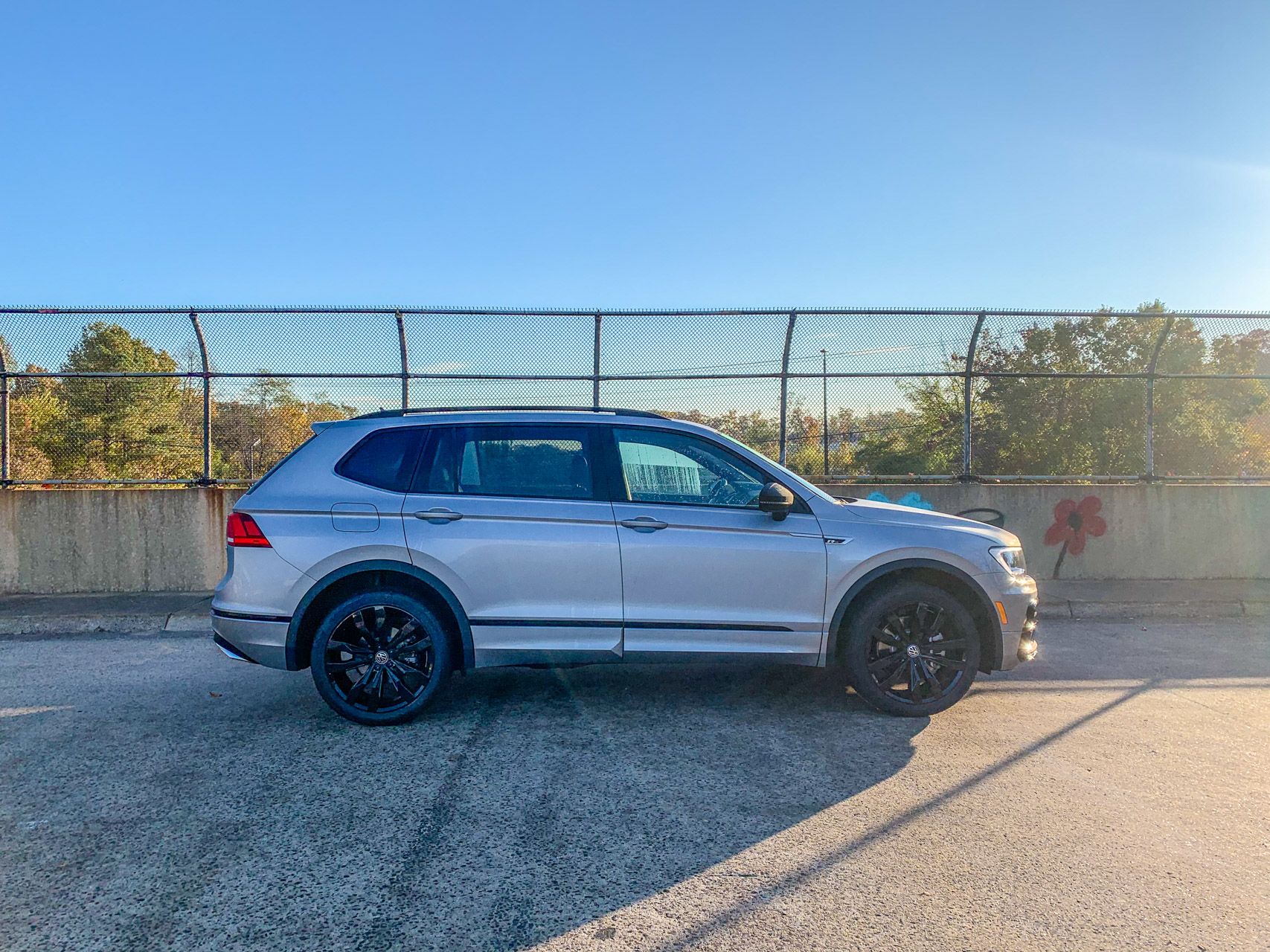 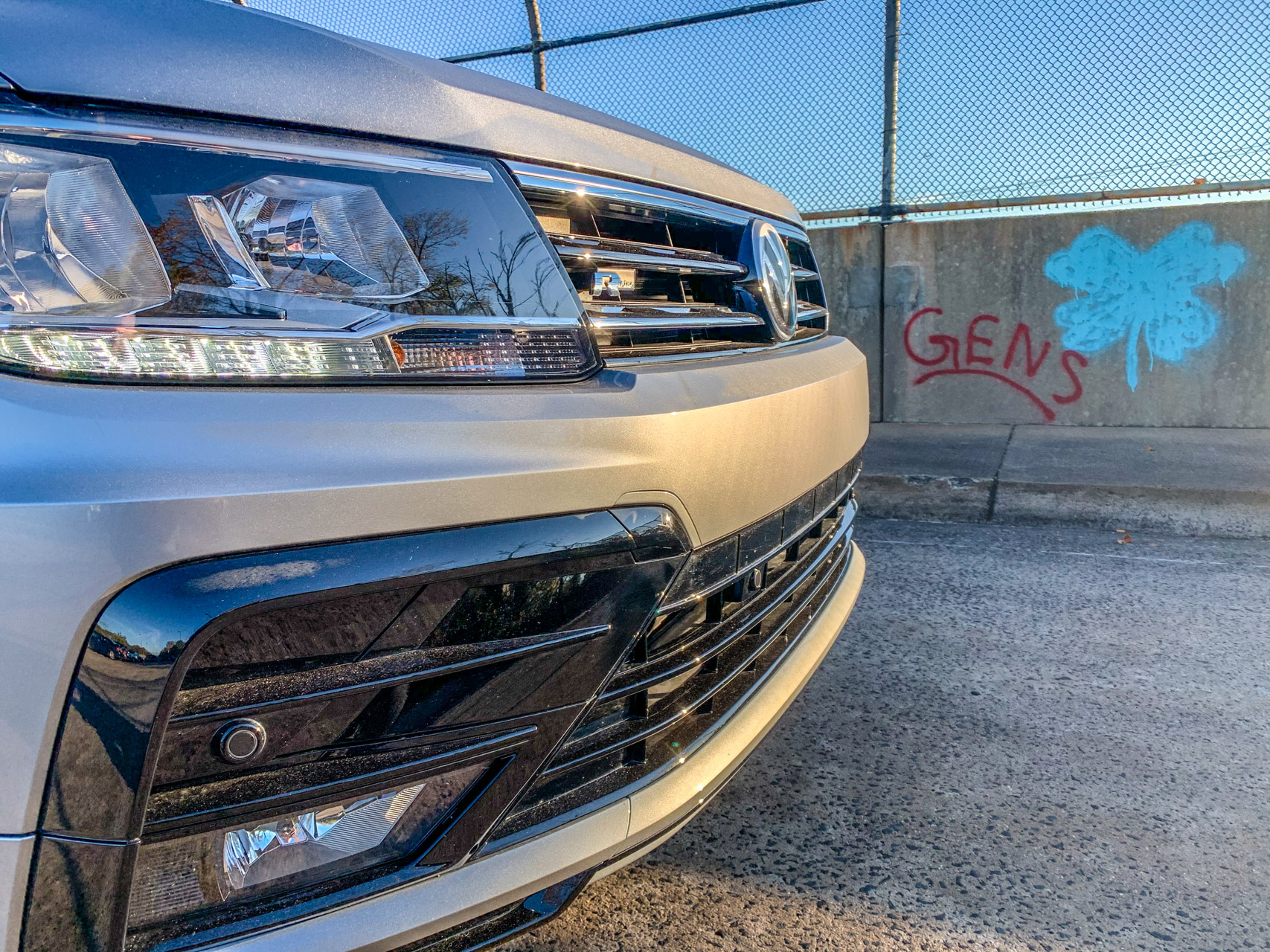 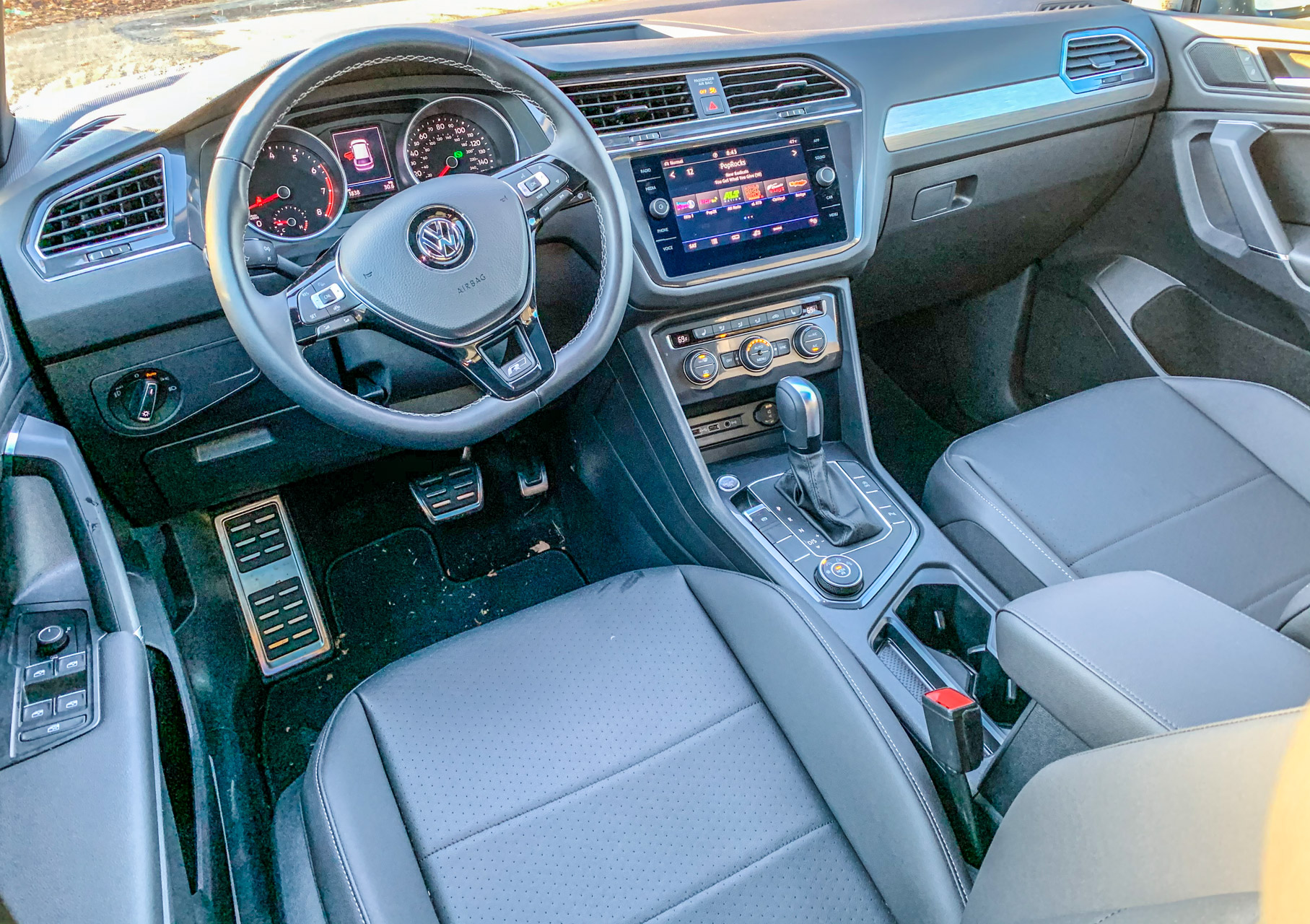 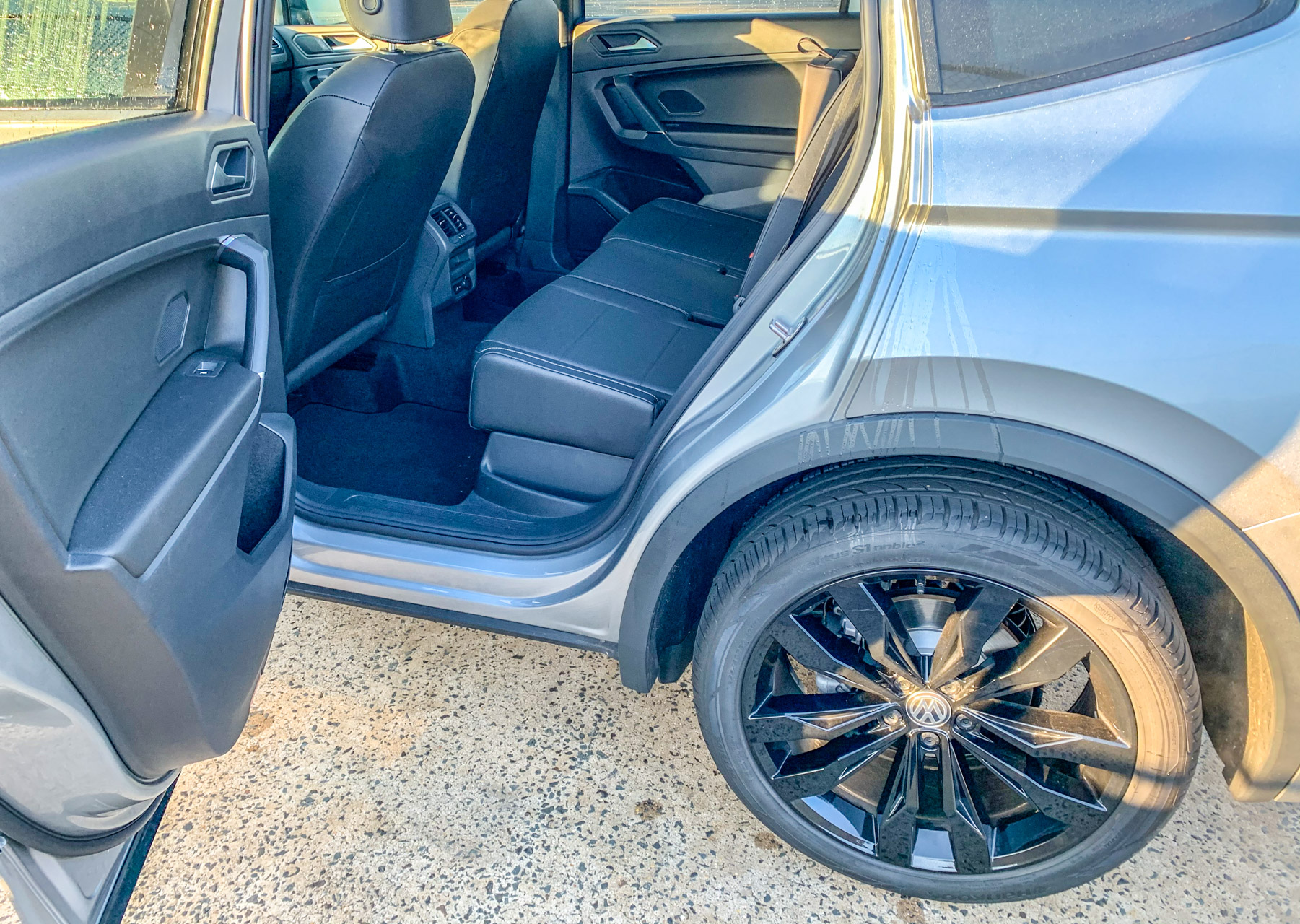 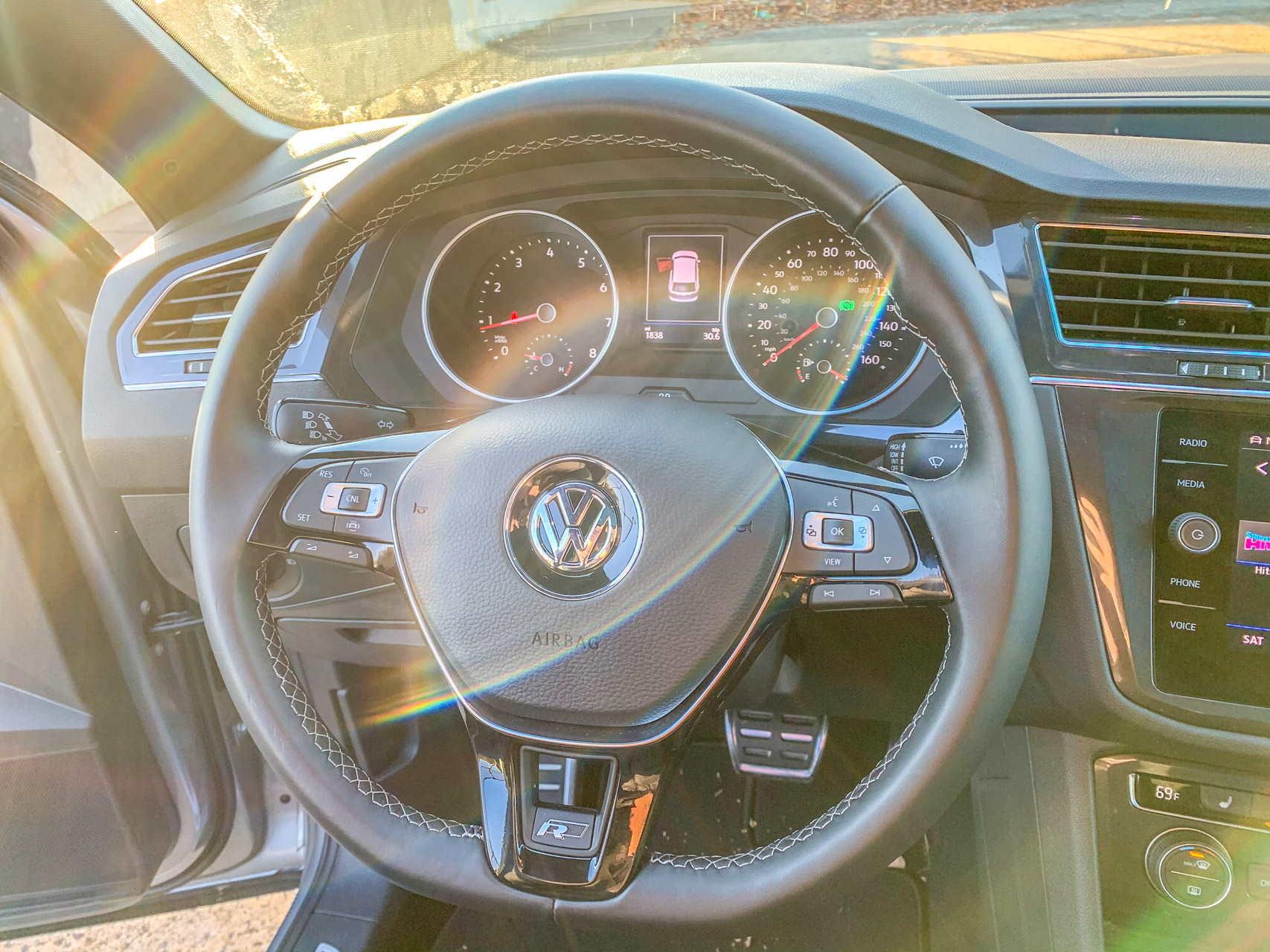 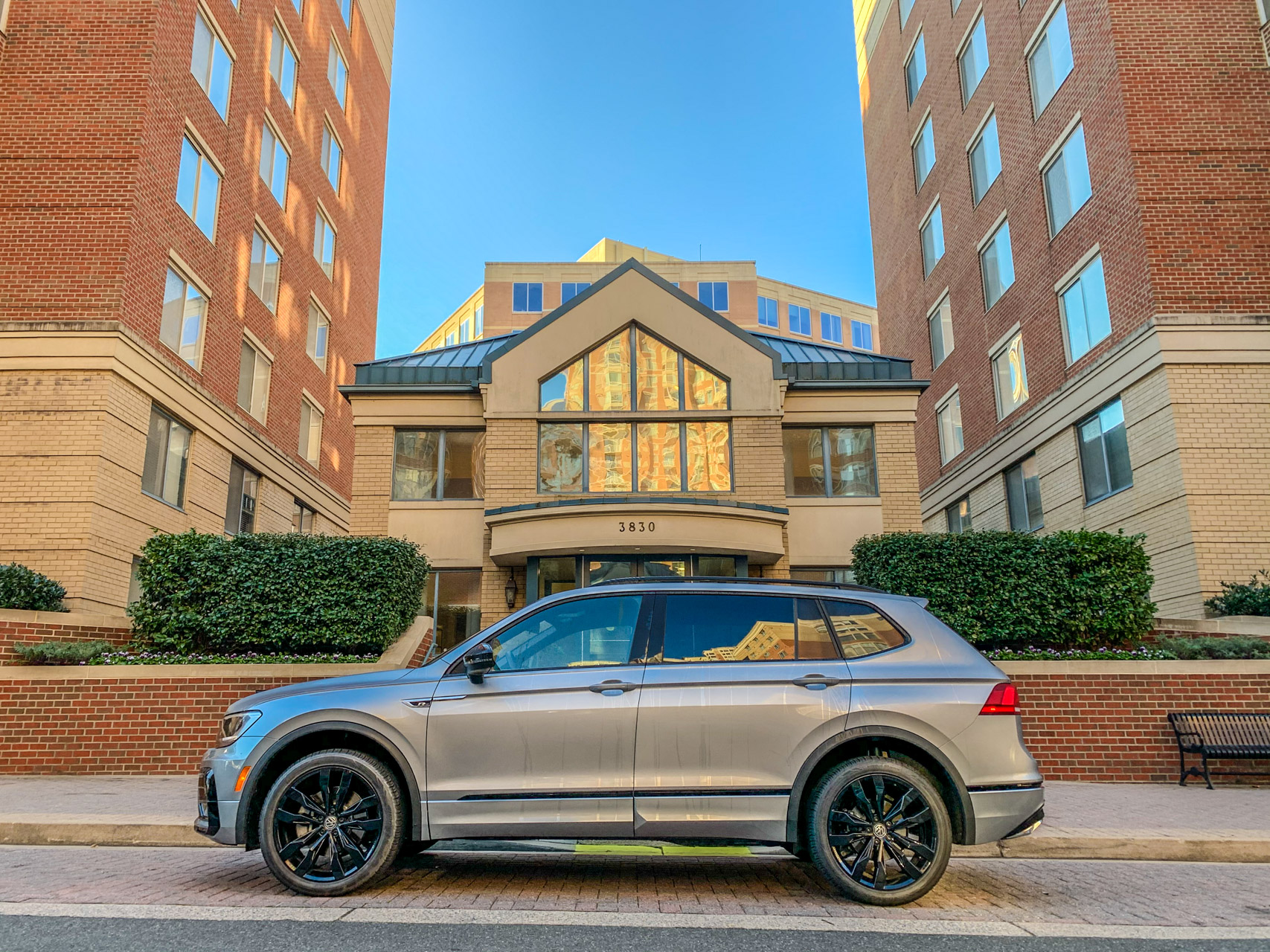 [Disclaimer, Volkswagen loaned us this Tiguan for the purposes of this review]