Automakers continue to invest a significant amount of time and energy to ensure that we don’t mistake their product for a wagon. Quite often that means chopping the back of a crossover to make it more coupe-like in profile. Volkswagen already makes the Atlas midsize crossover, but now there is something called the Atlas Cross Sport. It’s the same, but sportier! Or is it? I’ve been driving a 2020 Atlas Cross Sport V6 SEL R-Line 4MOTION for the last week, so let’s find out. 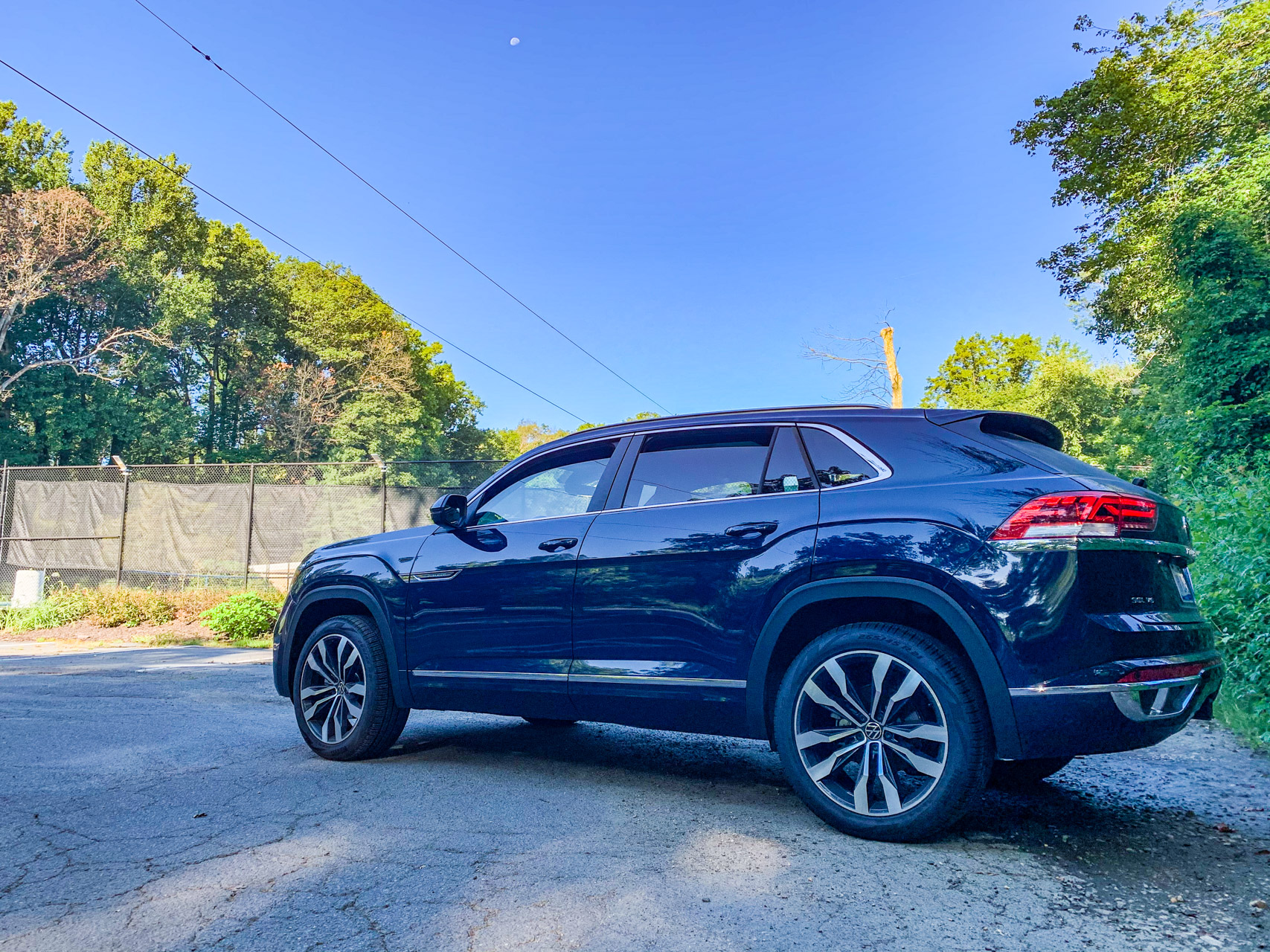 I documented my checkered past with Volkswagen in a recent Passat review. If that was too long, didn’t read type of scenario, (we should shorten that) basically I had a bad VW experience or two back in the day but enjoyed the 2020 Passat. So I was riding a wave of high hopes hopping into the Atlas Cross Sport.

VW previewed the Atlas back in 2013 with the CrossBlue and CrossBlue Coupé concepts. To their credit, the replacement for the midsize Touareg looks damn near identical to the production versions of the Atlas. Called the Teramont everywhere other than North America, this whole 3-row crossover thing is fairly new for VW, with the production version debuting in 2018. Built here in Chattanooga, it is the largest vehicle to ride on the Volkswagen Group MQB platform, which is the basis for, well just about everything they sell.

The Cross Sport is even newer, debuting for the 2020 model year. The Cross Sport sits atop the VW SUV lineup and is actually a bit cheaper than the regular Atlas. Which makes sense, since you get a bit less. “The Bold SUV” vs. “The Family SUV”….alrighty

You see, that coupe shape comes at a price, the Cross Sport only has 2-rows of seating. More on that in a bit. Elsewhere, the Atlases (Atlasii?) are quite similar. Same 117.3″ wheelbase, same engine options, either a 235 horsepower 2.0L turbo 4-cylinder engine or a 276 horsepower 3.6L V6 like our test car. On the inside, VW spiced up the Cross Sport interior a bit, with some nice stitching on the door-panel and the option of two-tone color schemes. Also, the rear seat sits a bit further back than in the 3-row Atlas. 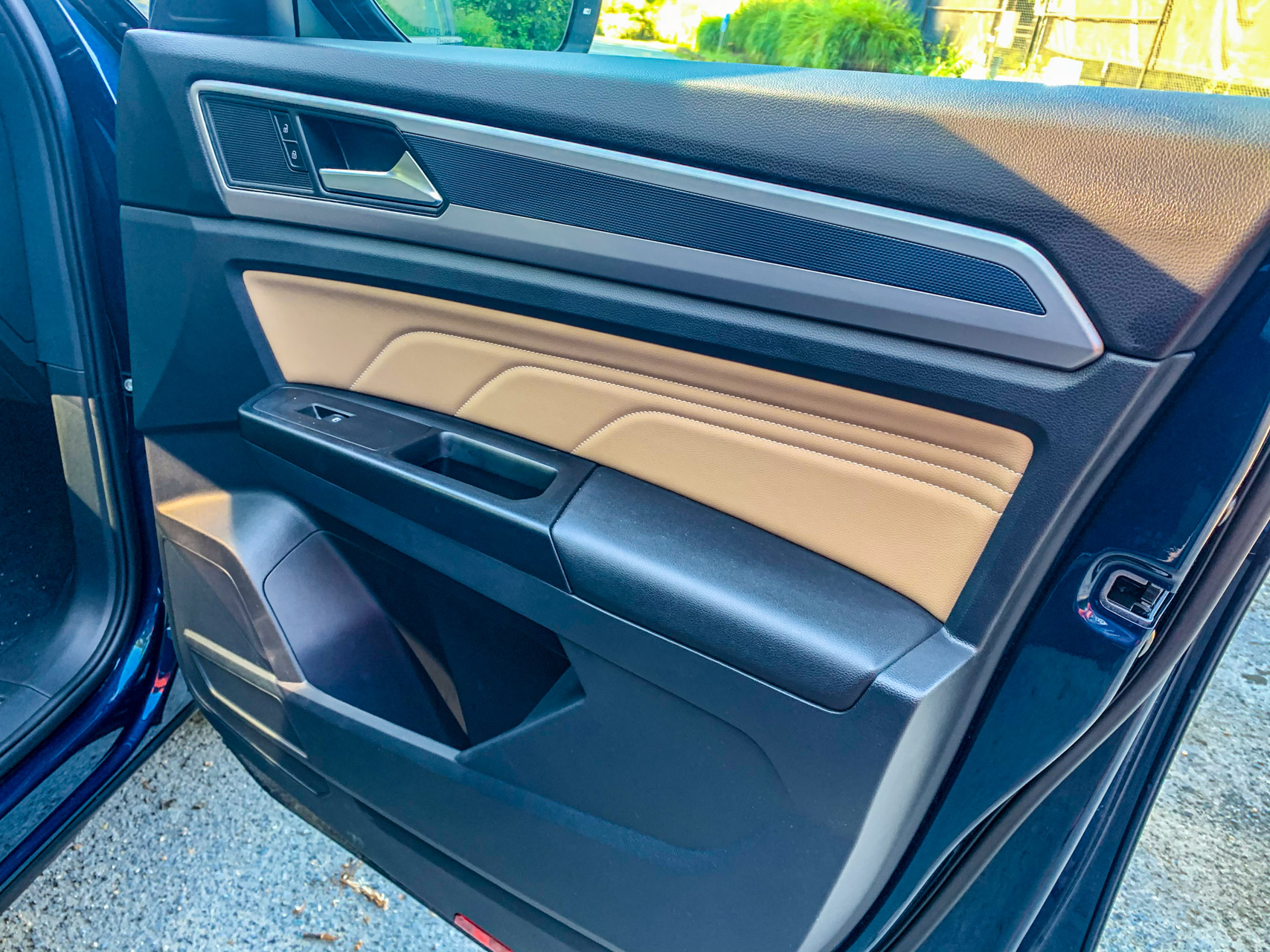 Delving into the Cross Sport trim lineup, you can choose from a variety of colors depending on the model, a couple of which will cost you an additional $395. The Tourmaline Blue Metallic on this loaner was on the house. The rest of the trim and options list will cost you. In the most basic breakdown, the 4-cylinder Cross Sport is available in S, SE, and SEL trim levels. All three levels are available with 4Motion AWD and the SE can also be had with a Technology package.

The V6 Cross Sport gets a bit more complicated, with some long-ass trim names, which are at least pretty descriptive. Choose from SE and SEL (no S available) and then you can add 4Motion, Technology, R-Line, and Premium options. VW breaks them out on the “build your own” page pretty well, so you can find the right one for your needs. 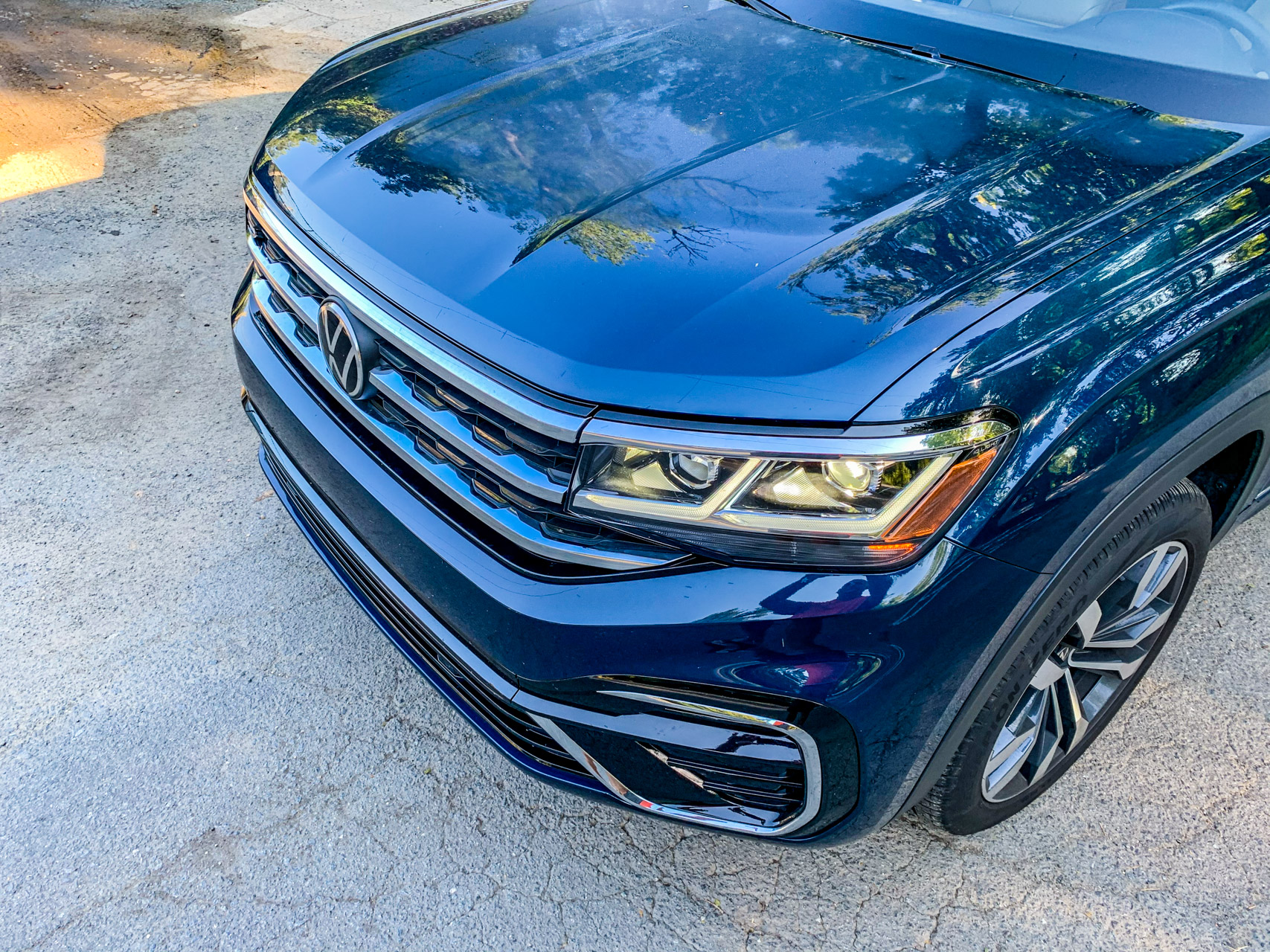 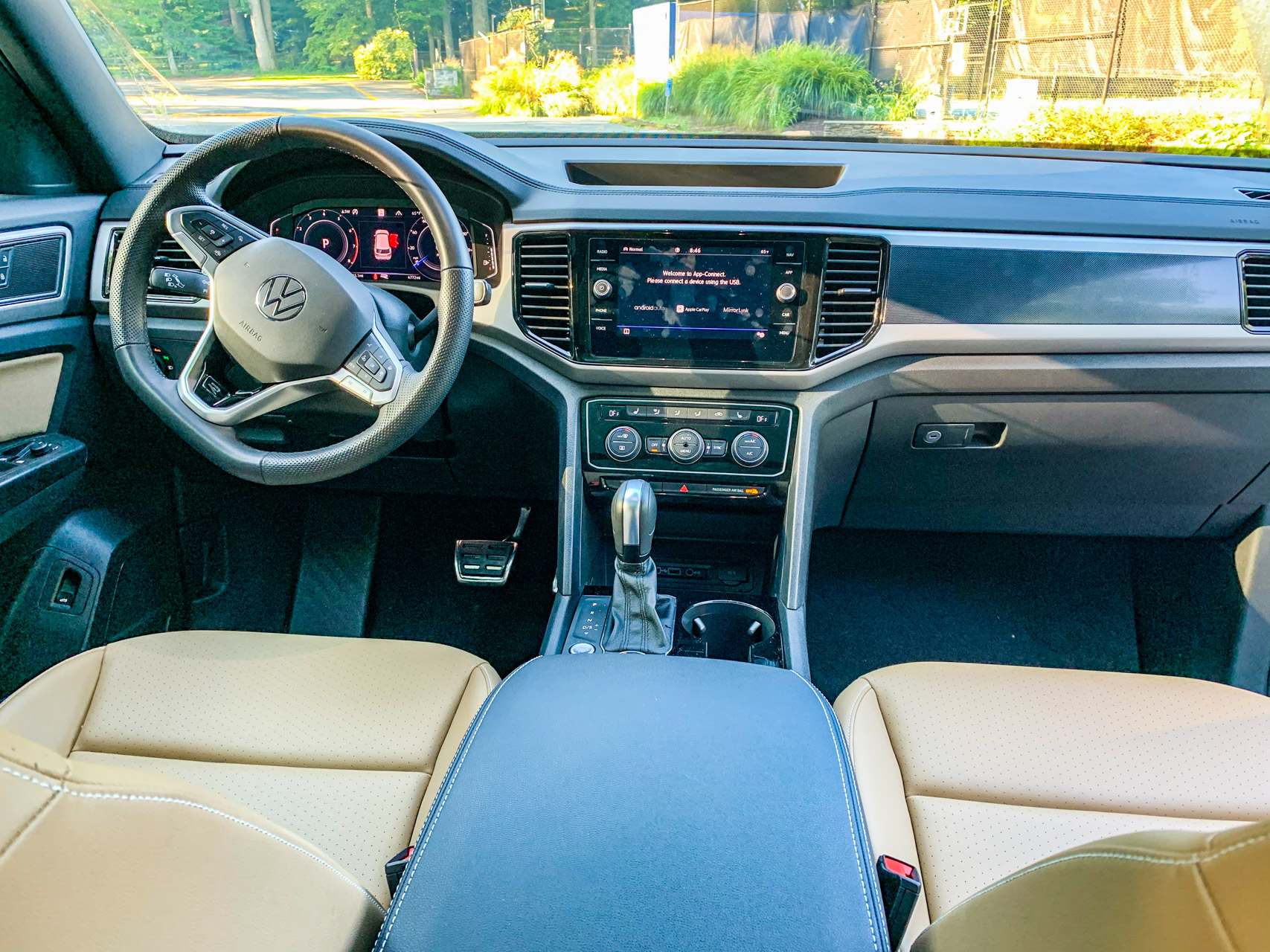 The cost variance on the Cross Sport is huge, more than the base price of a new Jetta. It ranges from $30,545 for a base 4-cylinder S to a $49,795 for the top-spec V6 SEL Premium R-Line with 4MOTION. With all those trim variations, you’ll likely find something to like. I’ll say this upfront about the interior, while there were elements I liked about our press loaner, the level of overall fit and finish did not feel like a $46,485 SUV. The hard surface next to my right knee was maddening, I regularly attempted to rest my leg there and just couldn’t get comfortable. Along the door, the stitching looks great, but VW used what feels like a cheap plastic along the bottom and around the window controls.

Elsewhere, the Cross Sport seems to be trying to be the “bold SUV” with a strange mix of hard plastics and materials that generally felt hit-and-miss. 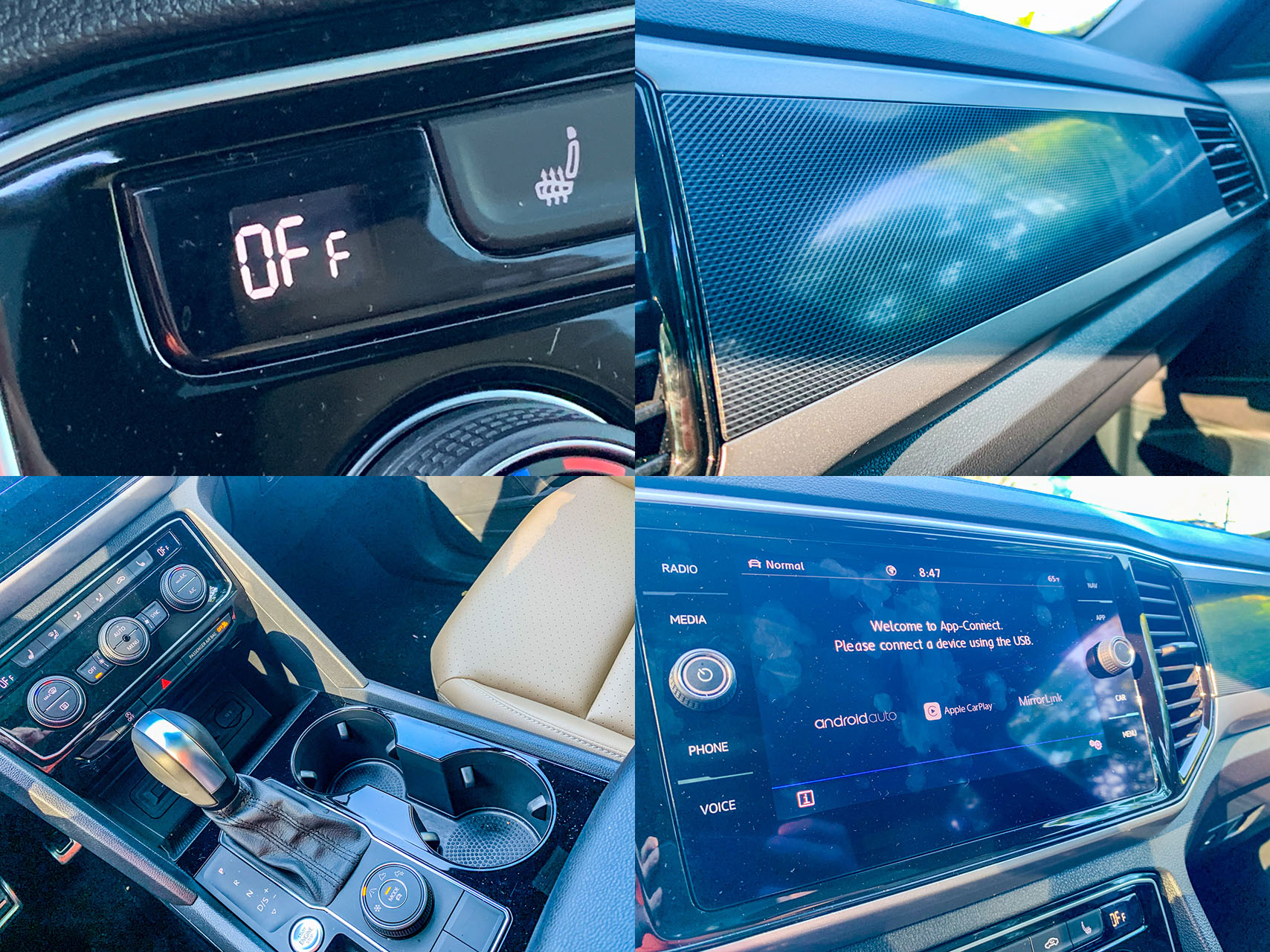 The seats were comfortable, and the 8-way power adjustment was helpful to get them where I wanted for a long drive. Unfortunately at this price point, you get “T-Rex”, I mean “V-Tex” leatherette vs. real leather. You’ll have to opt for the Premium package to get that.

The Cross Sport boasts 40.3 cubic feet of cargo space, which is about 15 cubic feet shy of the non-coupe Atlas. That is pretty impressive compared to a lot of the 2-row midsize competition, and as I said I loved the built-in mats for loading practicality. However, hauling large objects can be a challenge for the Cross Sport, as you can see below my wife’s 3-row GL swallowed the leather chair much easier than the Atlas CS and had room to spare. That extra bit hacked off the back has some consequences. So as a buyer, you’ll have to choose between “bold looks” or “room for people and stuff” if seriously considering the Cross Sport version of the Atlas. 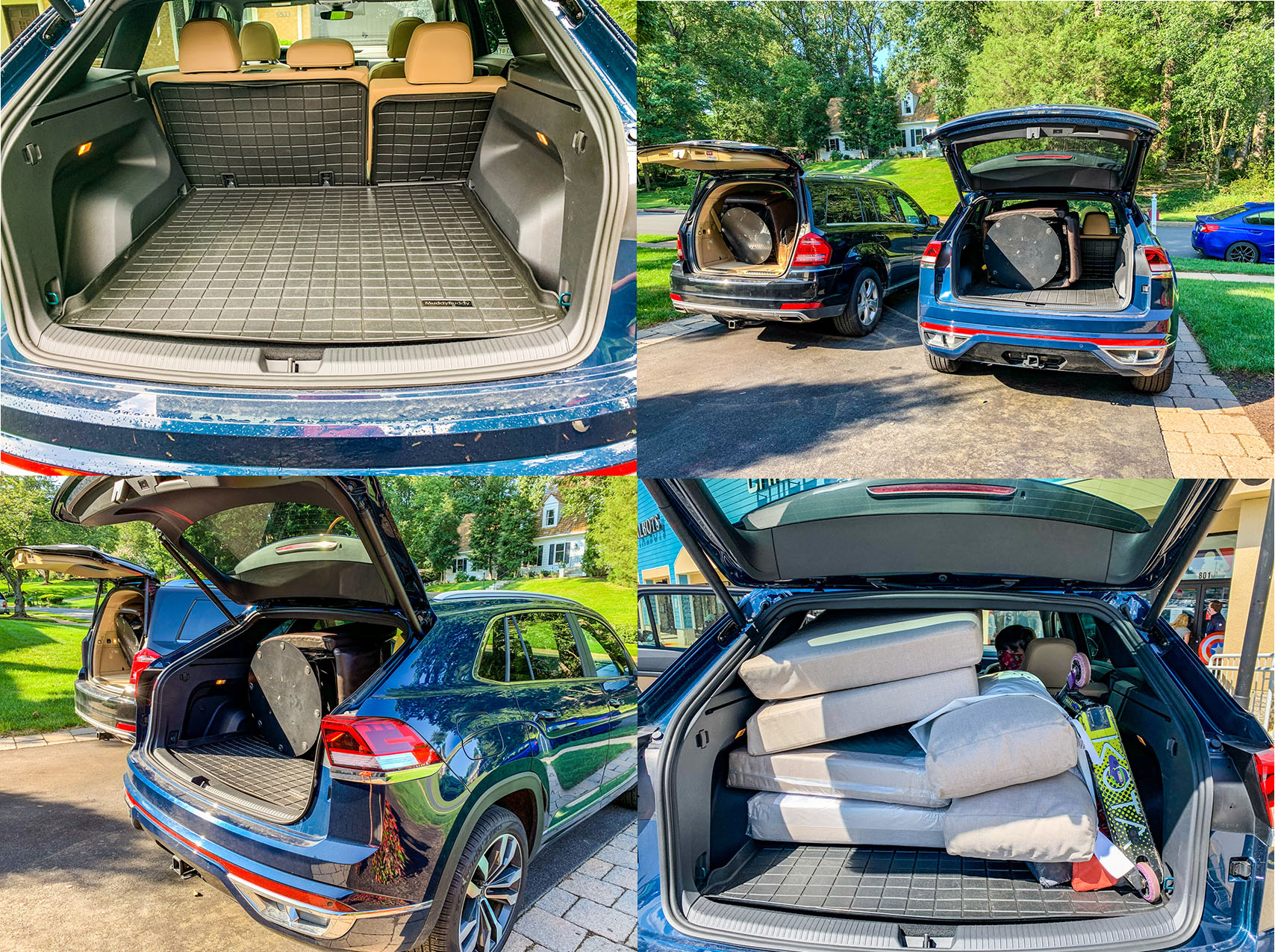 The infotainment system wasn’t specifically memorable, which isn’t a bad thing. So many new vehicles cycle through my driveway, that I typically remember the bad systems. The VW system was fairly straightforward and intuitive. 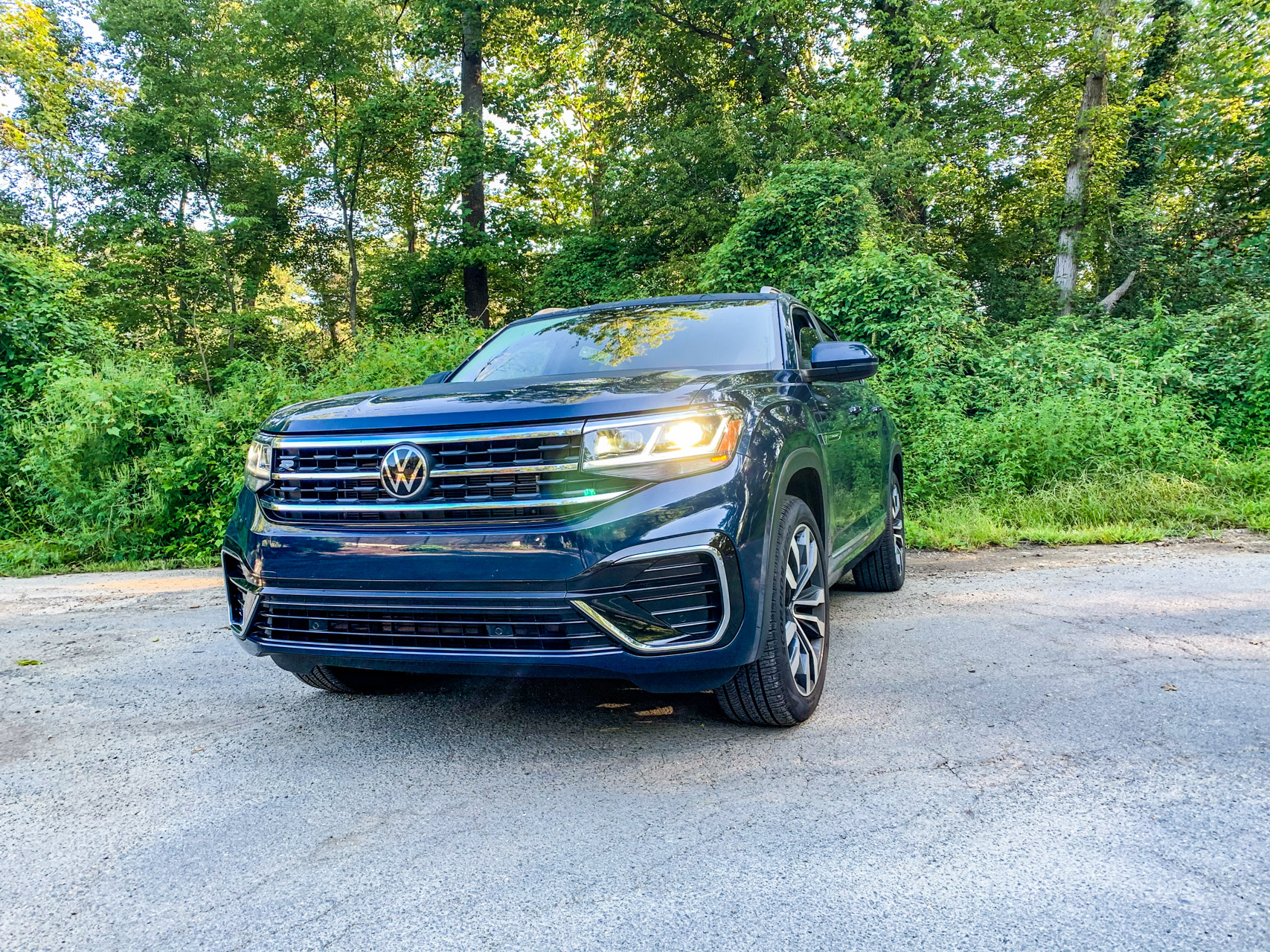 Volkswagen clearly angled the Cross Sport to the “active” family with a low number of offspring. Having bought dozens of vehicles over the years, I can say that one kid will fit in just about anything. I had the opportunity to drive around Europe for almost a month with a wife and a 15-month in tow, and our rental Toyota Verso hatchback was more than big enough. However, back in ‘Merica, the reality is that you’ll begin to run out of room quickly with more than one kid in a 2-row SUV. And once you get to three, like me, a three-row is a must-have. 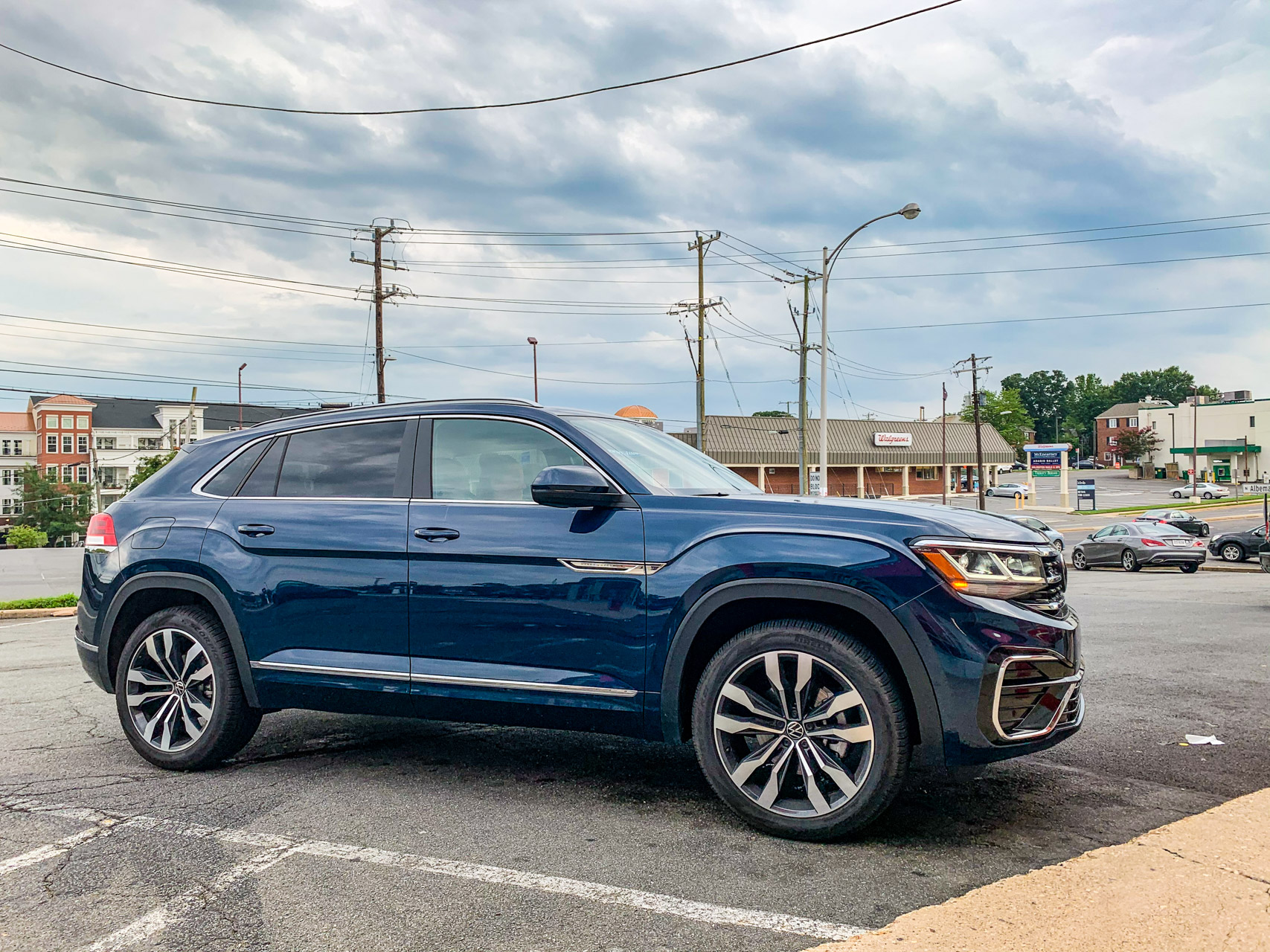 All that to say, if you are in the low-to-no end of the offspring spectrum, the Cross Sport would be a very handsome vehicle to have as a daily driver. It reminds me of the Audi Q8, which makes sense based on family lineage, and it is a solid likeness to have. The beefy proportions look good, and I guess the coupe-like roofline separates your Atlas in a crowded car park. The R-Line gives you a sportier grille, bumpers, badging, exterior trim, and some silver roof rails. Overall it’s a nice looking package, plus anything with “R” in it is cool, right? 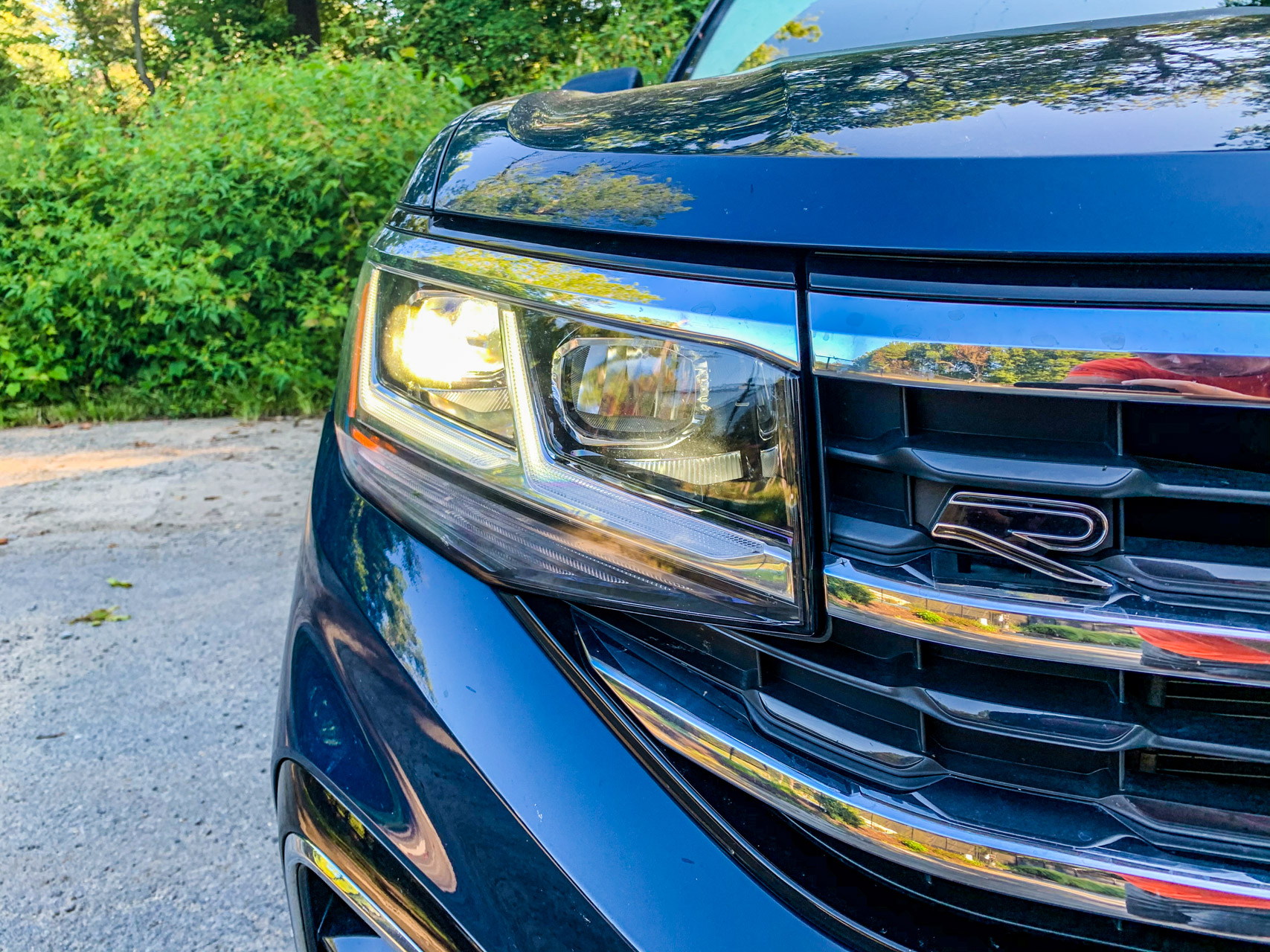 It’s tough to discuss the driving experience of the average crossover. As an enthusiast, unless something blows my hair back, I don’t take a lot of notice and generally prefer to just have a smooth, comfortable experience. That was mostly the case with the Cross Sport, which is really “sport” in name only. It is definitely not quick, even in sport mode, and I found that it has a very touchy throttle pulling away from a stop. At times I felt as if the transmission was a bit clunky as well, I took notice of quite a few hard shifts. Also, as with most new cars, I hate the stop-start feature, and will openly pay more for gas instead of suffering through it. If it can blend into the background, I’ll consider leaving it engaged, but in the Cross Sport, it was quite noticeable and cut the air conditioning a few too many times on a hot day. No thanks.

Out on the highway, the ride is pliant and as I noted above, it is a pretty decent long-distance cruiser. 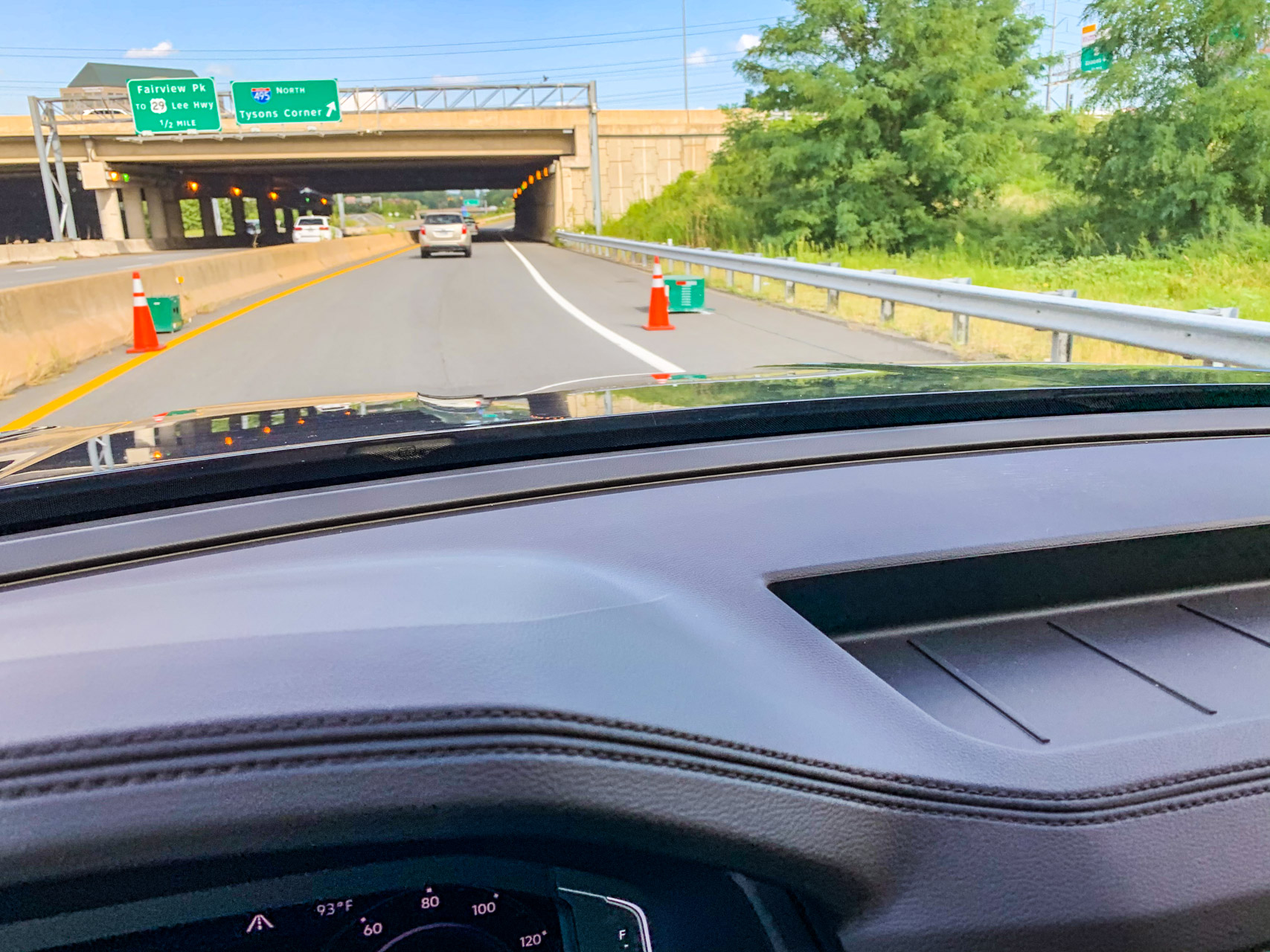 Volkswagen was founded 83 years ago, and it took until 2018 to get a 3-row SUV to market. Surprising, coming from one of the largest automakers in the world. Even more so considering the Atlas concept came out back in 2013, so the full-size production version had about five years to bake, and the Cross Sport had seven years. So I hoped it would be better. The Cross Sport will clearly be attractive to a subset of buyers looking for the anti-SUV, something that doesn’t scream soccer-mobile. Just like the Passat, there is some VW flavor and cache that will attract buyers.

Still, for me, the SUV falls into the “you had one job to do” category. It should be built to hold the maximum amount of people and stuff within its wheelbase. For those looking for function over form, take a look at the full-size Atlas or any of the other non-coupe-like SUVs out there. It’s a pretty face, but unfortunately the 2020 Volkswagen Atlas Cross Sport V6 SEL R-Line 4MOTION ends up short on overall content and capability, even if it has a long name. 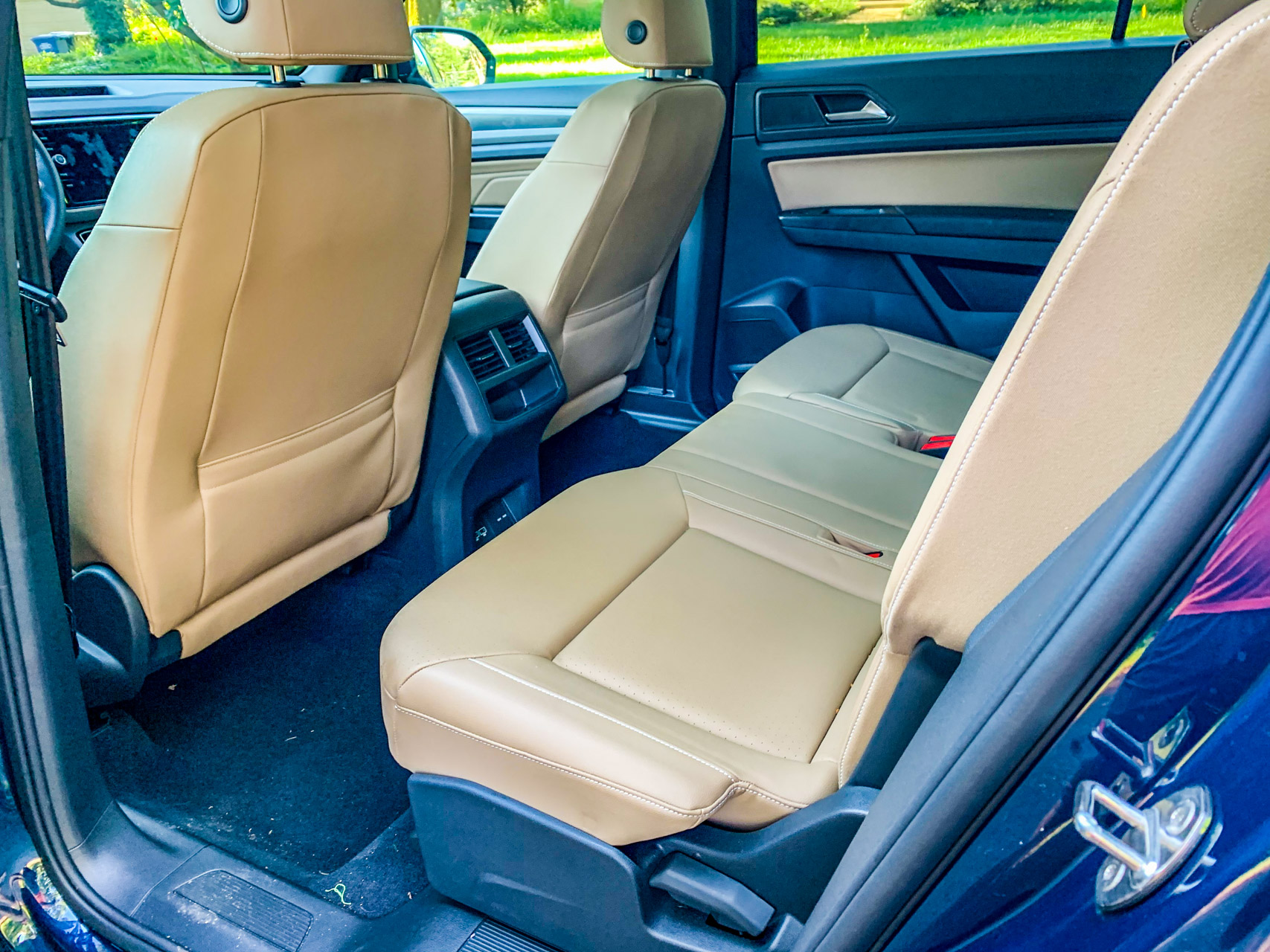 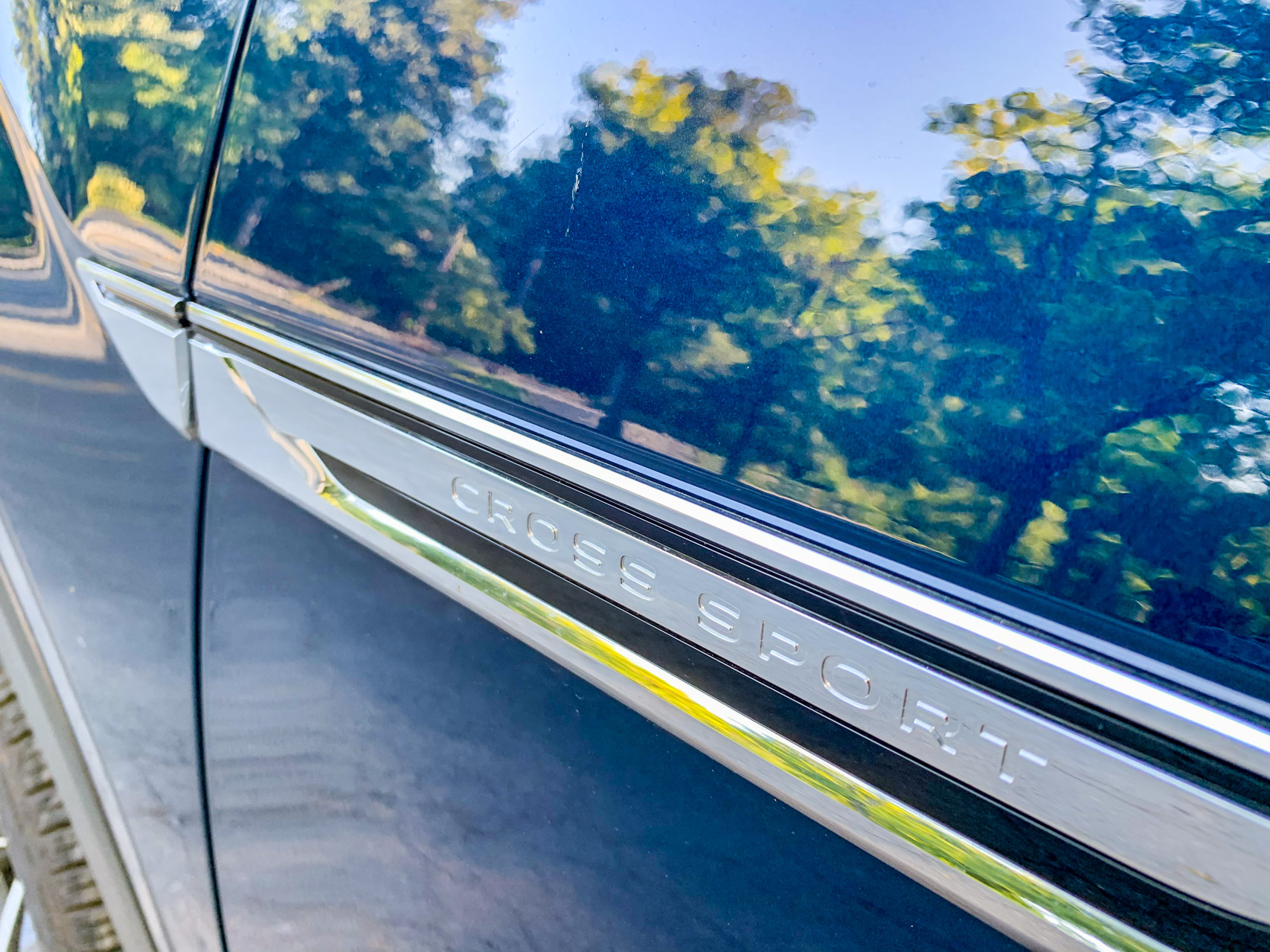 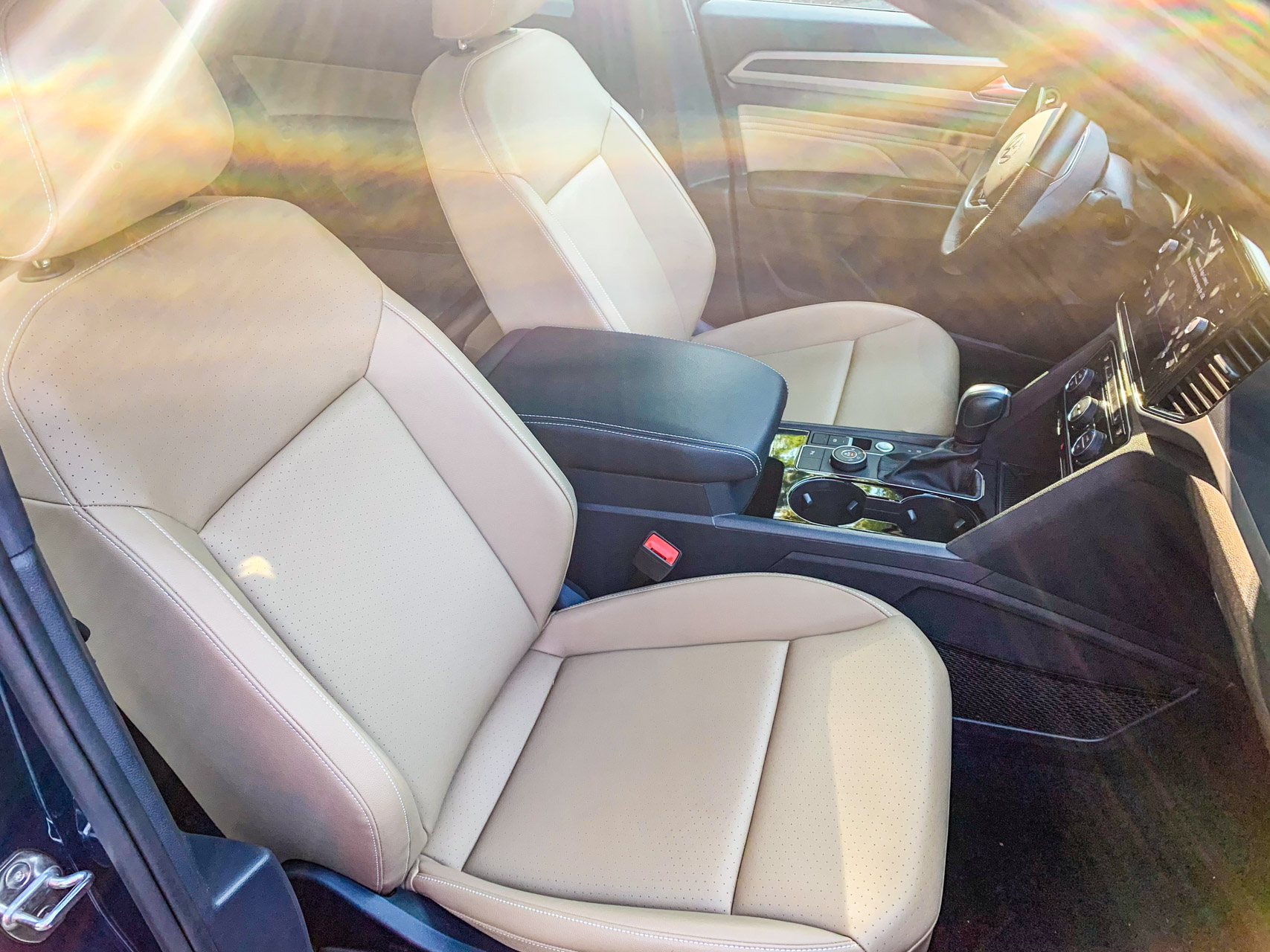 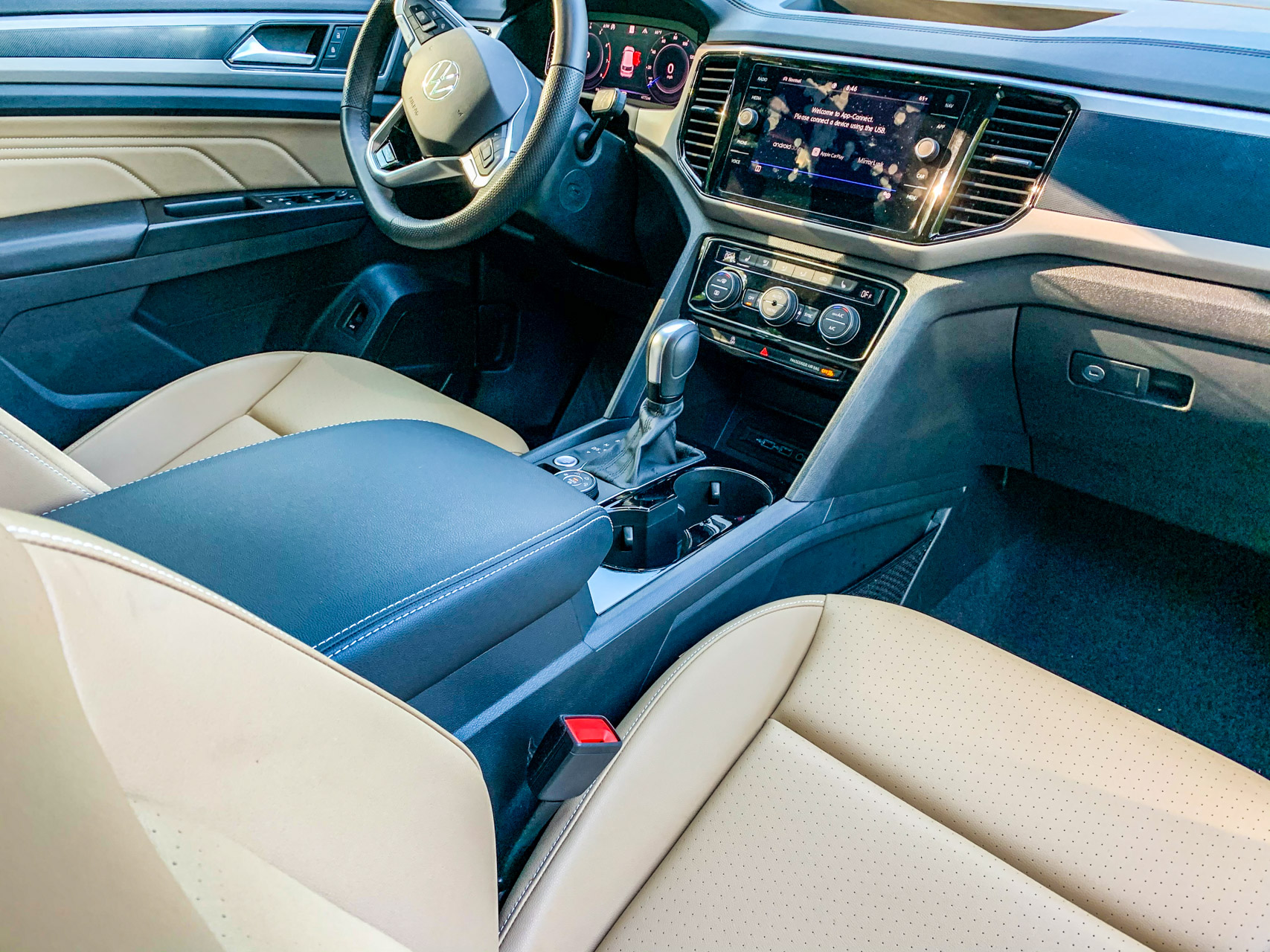 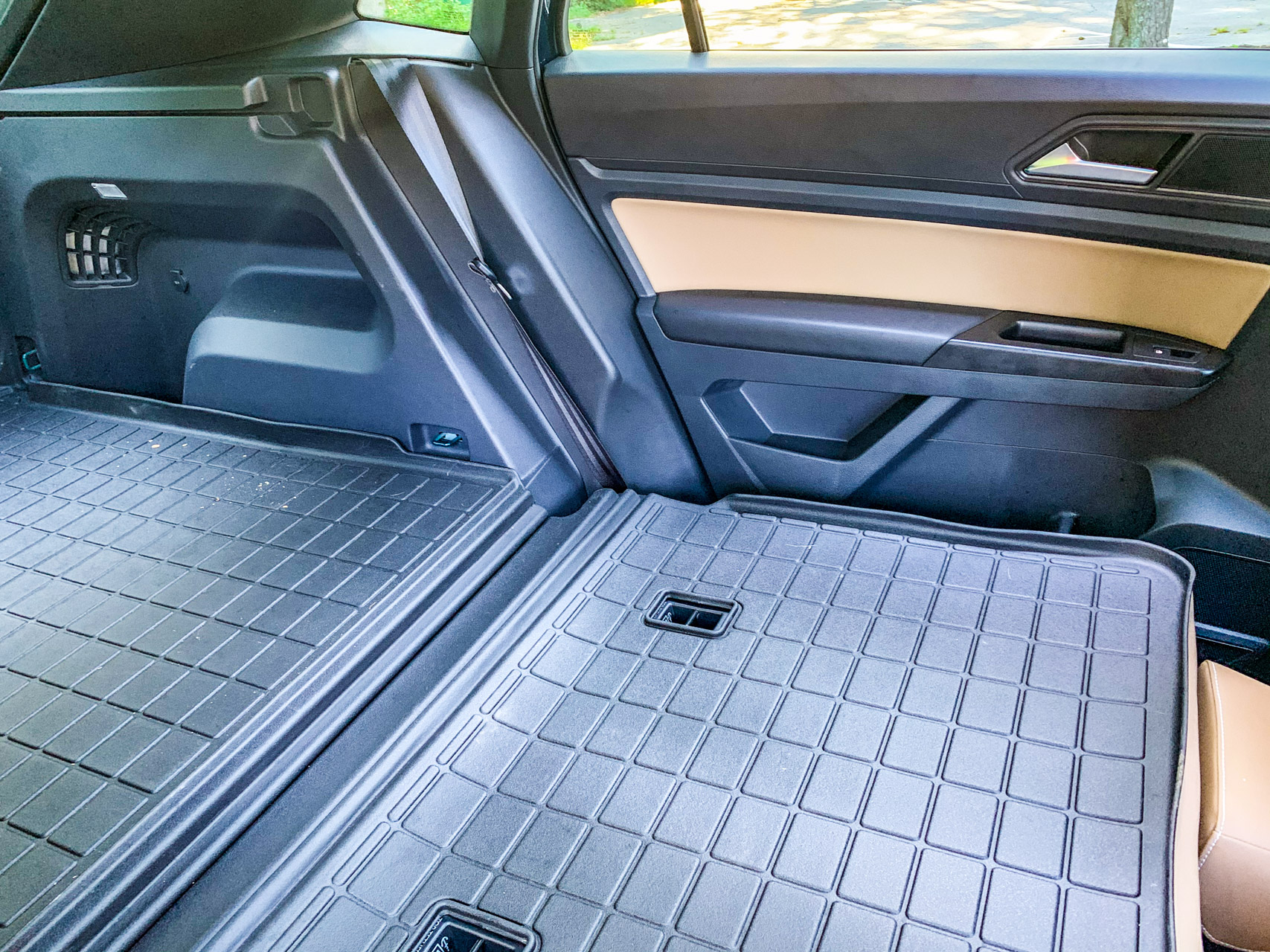 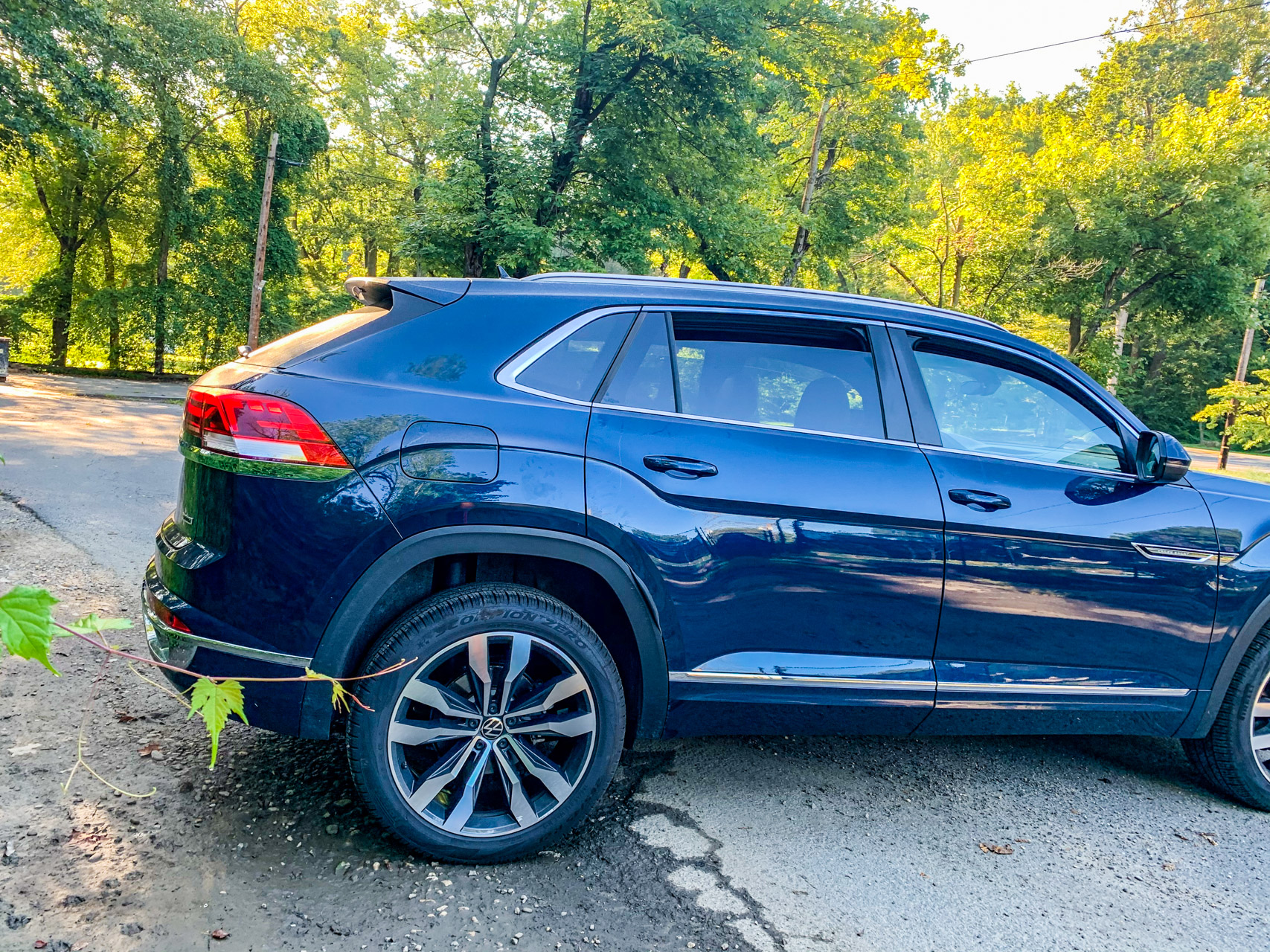