What are some of the most stressful events and changes in life? Getting married. Moving. Changing jobs. Most people don’t do more than two of those in a year. I’ve done all three April. And apparently that wasn’t enough so I went through another stressful process and sold all of my vehicles. 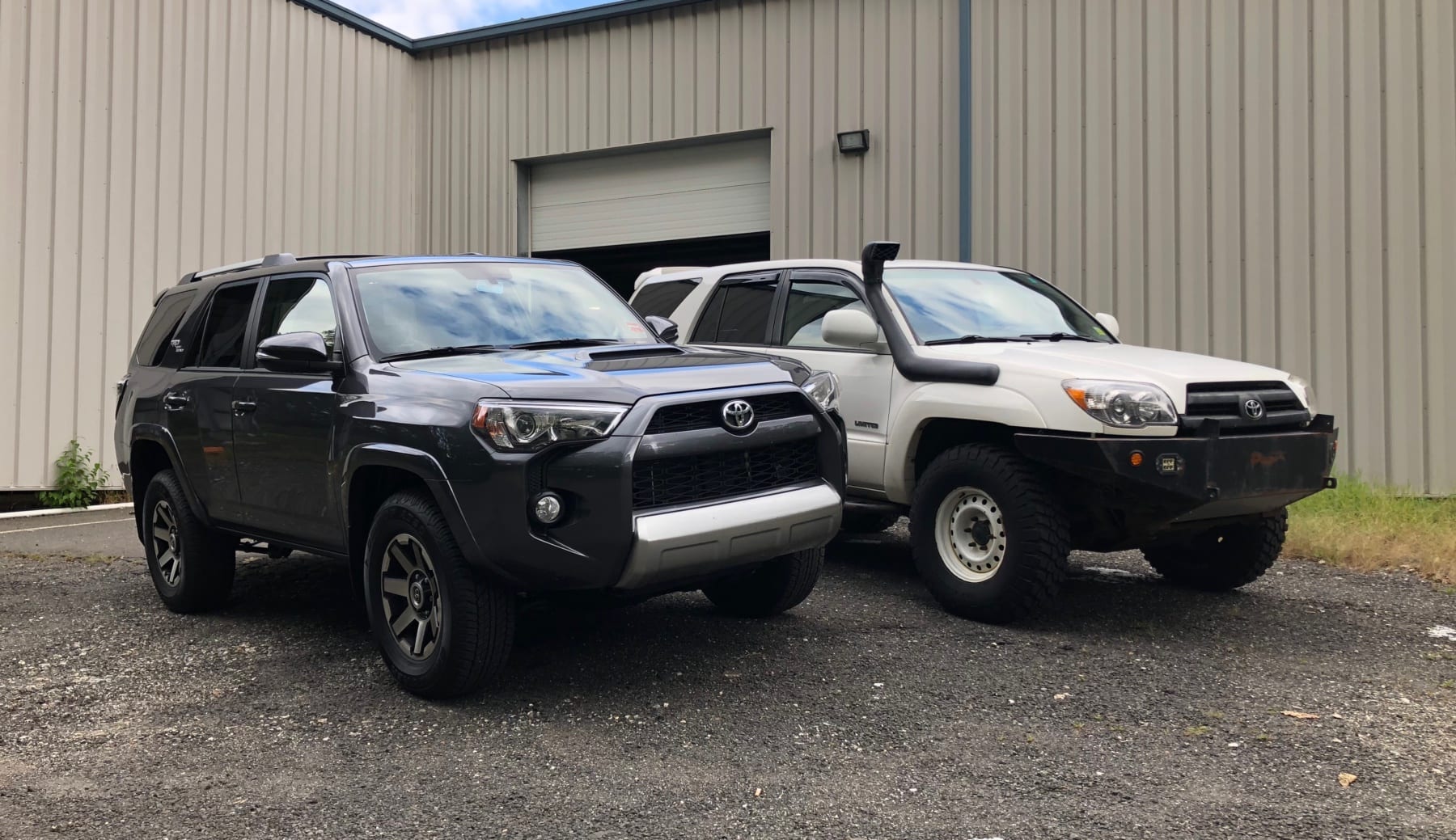 First to go was the Stormtrooper 4Runner. Then the MR2. And last was my 5th gen 4Runner. It was a move made as much out of financial logic as it was seizing the moment to get into my dream car.

My 2018 4Runner TRD Off Road Premium was a stopgap. At a time of purchase my life dictated a very specific set of needs from my daily driver. Priorities were long-haul comfort, all-weather prowess and cargo space for work and wedding things. My experience with and love for the Stormtrooper 4Runner led me to the 5th generation of the vehicle bearing the same name. A deal on an early Trail model fell through. Then a dealership up in Maine offered an unbeatable price on a new truck. 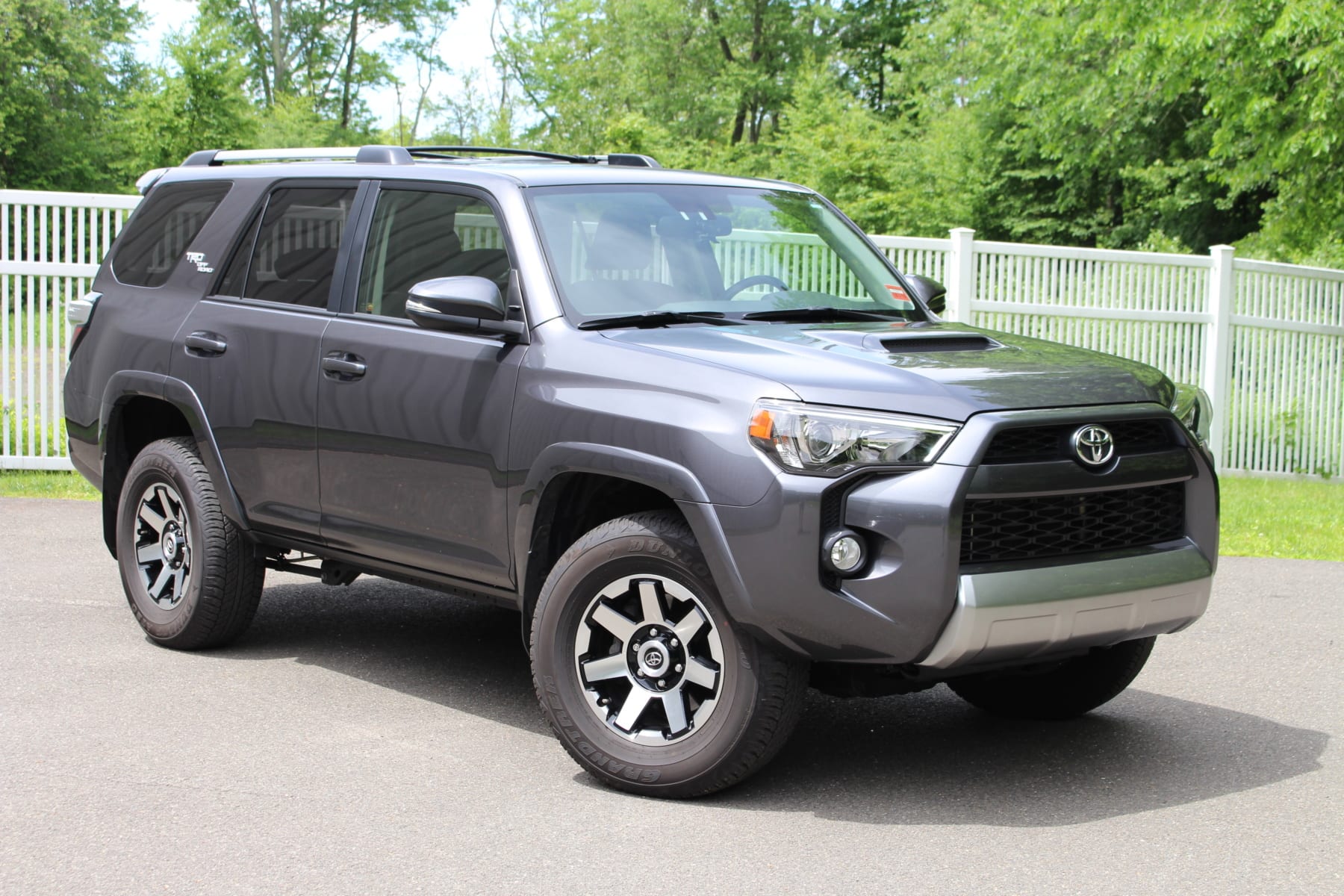 The TRD Off Road Premium was everything I loved about the 4th gen truck but in a newer, more modern and not-broken package. Something daily-capable that could get me anywhere while loaded with essentially anything. And in planning a life of off-roading the TRDORP had the right hardware: true four-wheel-drive and a locking rear differential. It was supposed to be the platform for a build lasting five-plus years. But the realities of my life versus a wheeling life got to me. Driving nearly five hours each way to the nearest legal trail was a downer. As was the prospect of having to modify the (still-in-warranty) vehicle to do anything resembling a challenge in the woods. 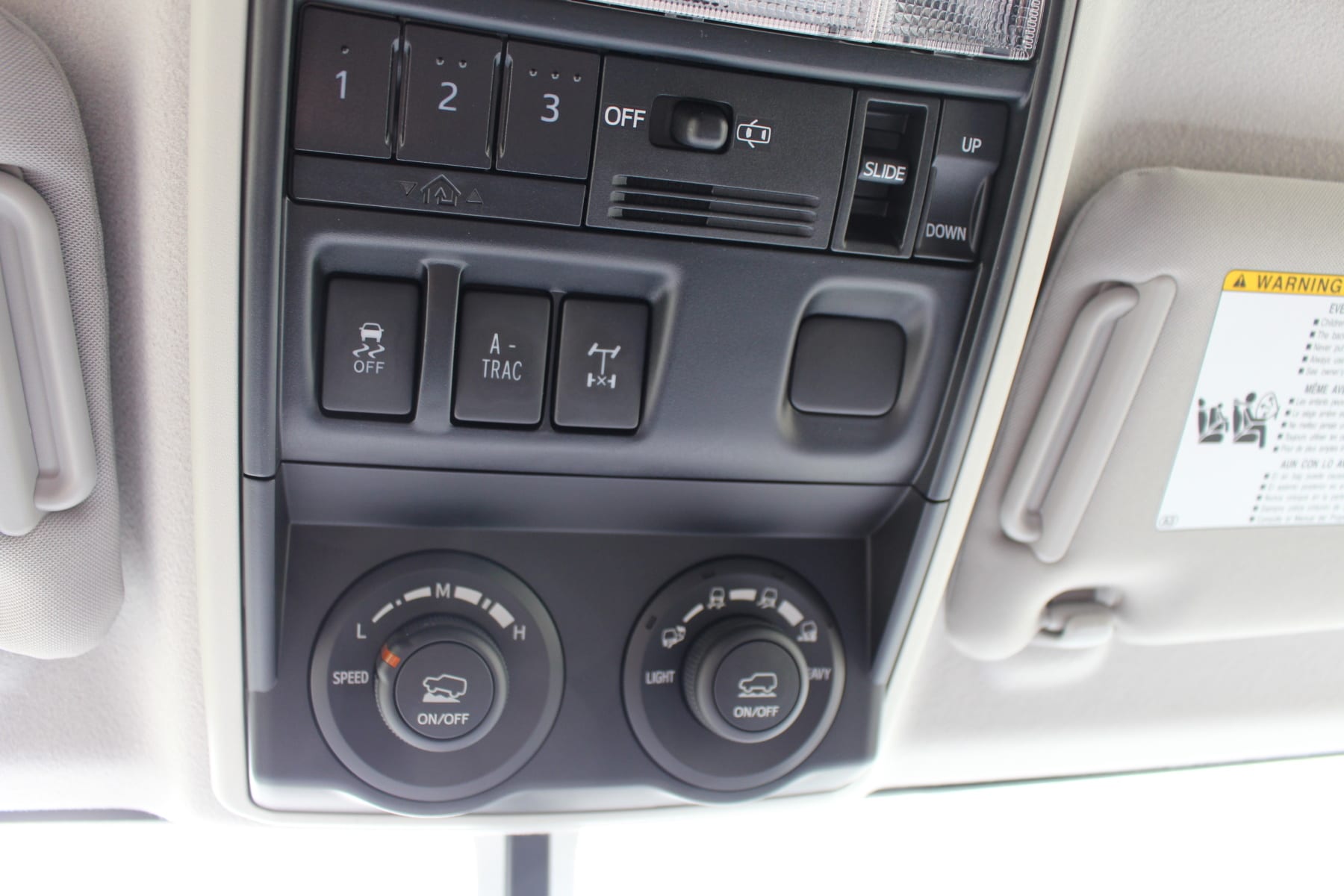 Stuck between a figurative rock and a hobby based largely around climbing over them, I reevaluated my hobby and how much effort needed to be exerted to enjoy it. Off-roading, as much as I love it, had to be put on the back-burner. Too much time, too much money at this point in my life. 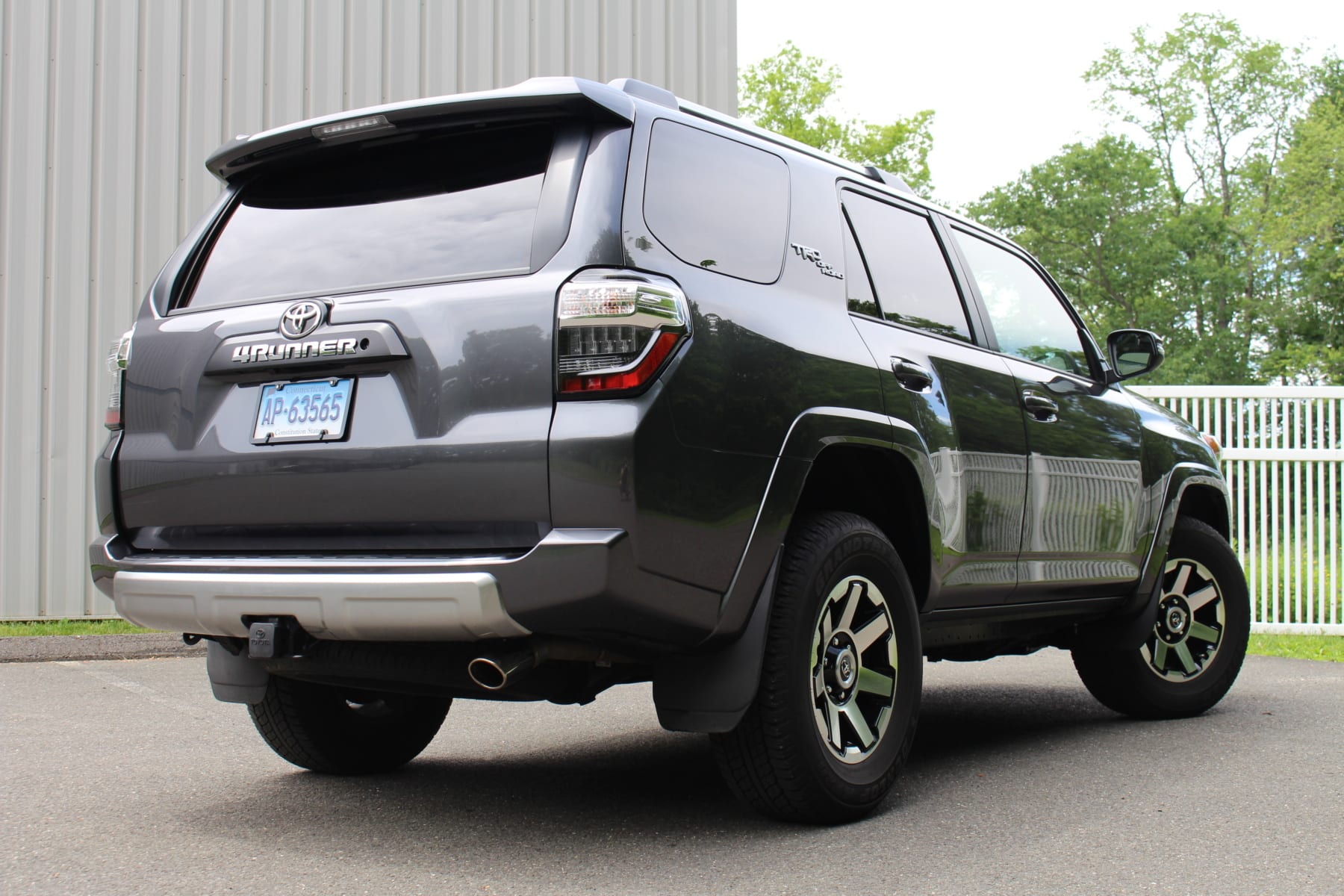 But it wasn’t just that. At the time I bought the 5th gen 4Runner I was frequently throwing around the phrase “I’ll keep this truck forever.” But ten months later many aspects of my life were completely different from when I bought it.

A change of jobs was the catalyst. My commute dropped from fifty miles one-way to two. A huge change in my vehicle-related needs came with it. Day-in, day-out long-haul comfort dropped off the priority list. As did 4WD seeing as I’m taking a break from the off-road world. Likewise the need for a 4×4 disappeared due to the new city-street-only commute.

All of this meant that the big auto loan payment at the end of every month was hanging over my head like a financial black cloud. Since truck was no longer needed, the loan was just unnecessary stress. As much to save money as to have a fresh start, it made sense to let the truck go. My wife was on board with the plan so I listed it for sale. Less than a week later a buyer telling his credit union to wire my bank the money. We lined up the paperwork and things fell into place. The next week he flew up, we signed the papers, and he set off in the truck I had bought less than a year ago.

In the time I had it the 4Runner was absolutely dead-reliable. Zero issues whatsoever. Oil change every 5k miles, put gas in the tank. The truck asked nothing more of me and in turn it churned out ~22k completely problem-free miles in my care. Average gas mileage was reasonably decent, too, at ~20 MPG thanks to my past highway-heavy commute. The 4Runner was comfortable, easy to live with, and never felt like it was trying to be something it wasn’t. An honest four-by-four with good space and just enough niceties to feel semi-luxurious. At the time it was everything I wanted and everything I needed. But, as is the theme in this conclusion and the others I have posted recently, life changes and can do so abruptly. It’s a wild ride sometimes. Through all of those times, the 4Runner was there. 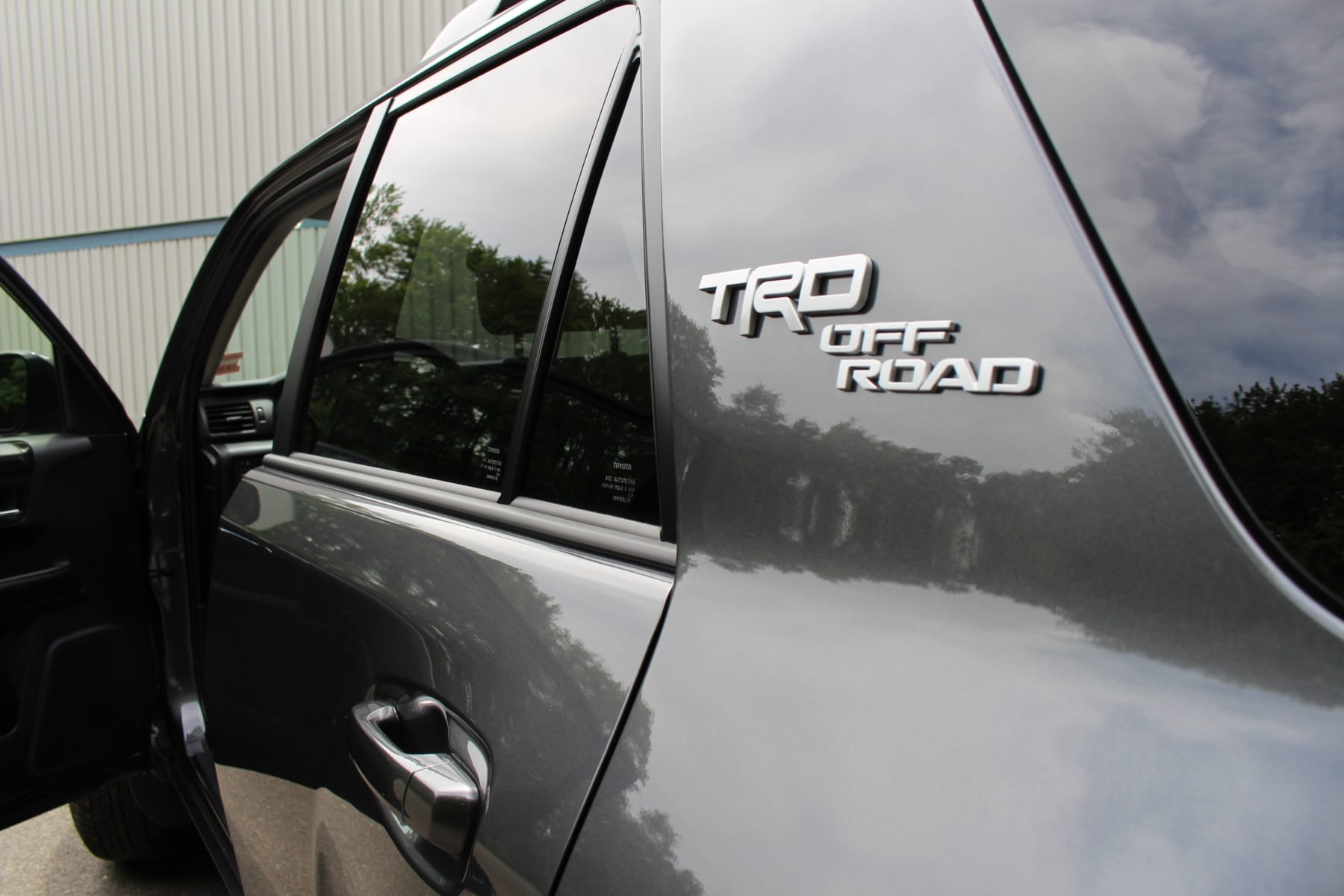 Writing this Conclusion feels hurried. But life is a funny thing. Sometimes you buy a new Toyota 4Runner to help you and your spine on your hour-long commute. Less than a year later you’re buying a two-seat sports car so as to not have an auto loan and to get back into autocross. Regardless of which I was up against, the Toyota 4Runner was there for me, always up for an adventure or a challenge. In 4th gen and then 5th gen the 4Runner was a consistent, honest stalwart in my life from January 2017 until July 2019. The 5th gen 4Runner was far and beyond the best vehicle I have owned and I wouldn’t for a second hesitate to buy another in the future. But for now it just doesn’t fit my life or my automotive-centered intentions for the near future. As fantastic of a vehicle as it was to own, I know it will treat its new owner well. Farewell, truck. You’ll be missed. 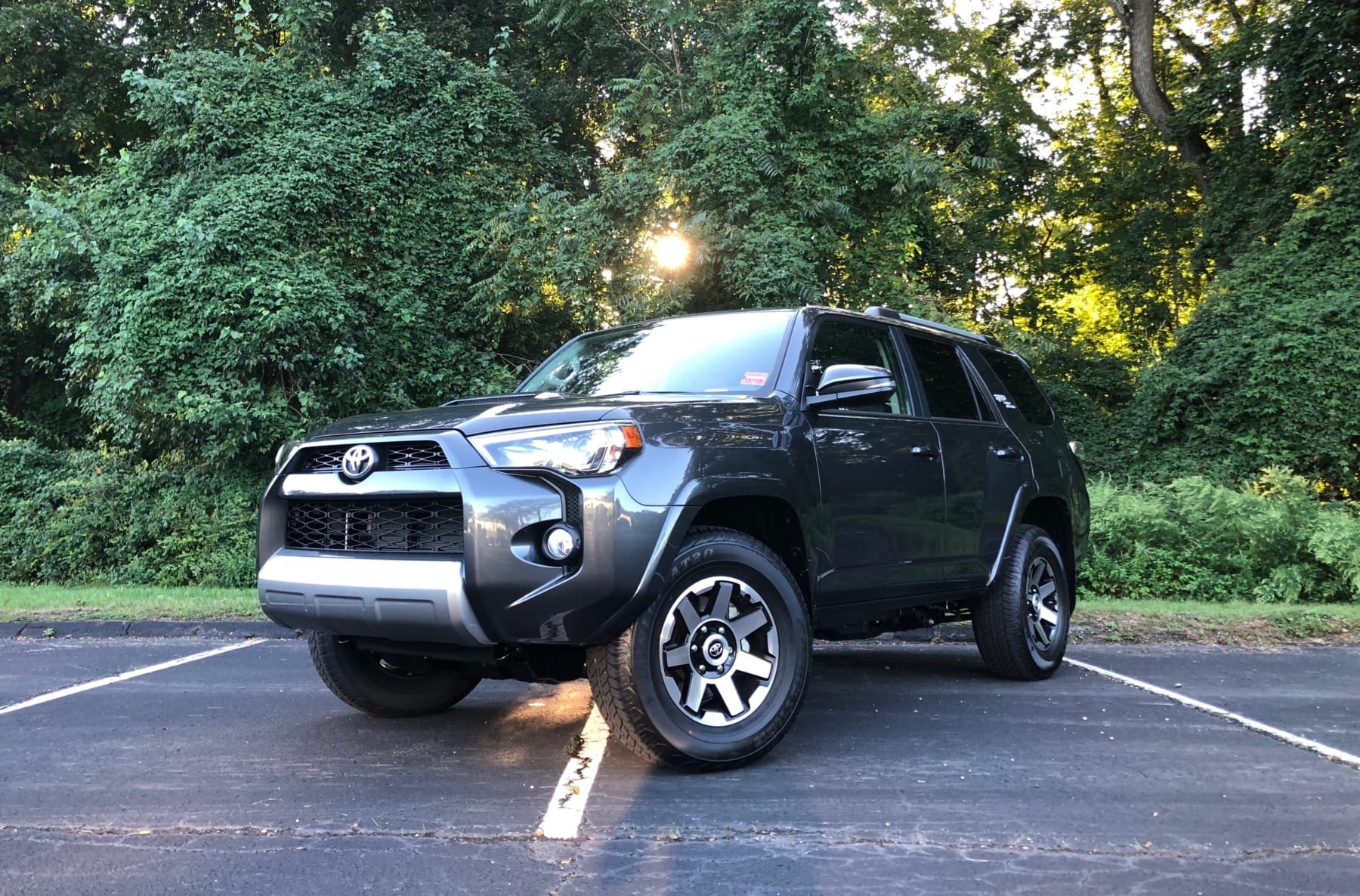