Not all projects get the end they deserve. Not all get the end you want them to. Not all even turn out to be projects.

My ill-fated MR2 was all of the above. 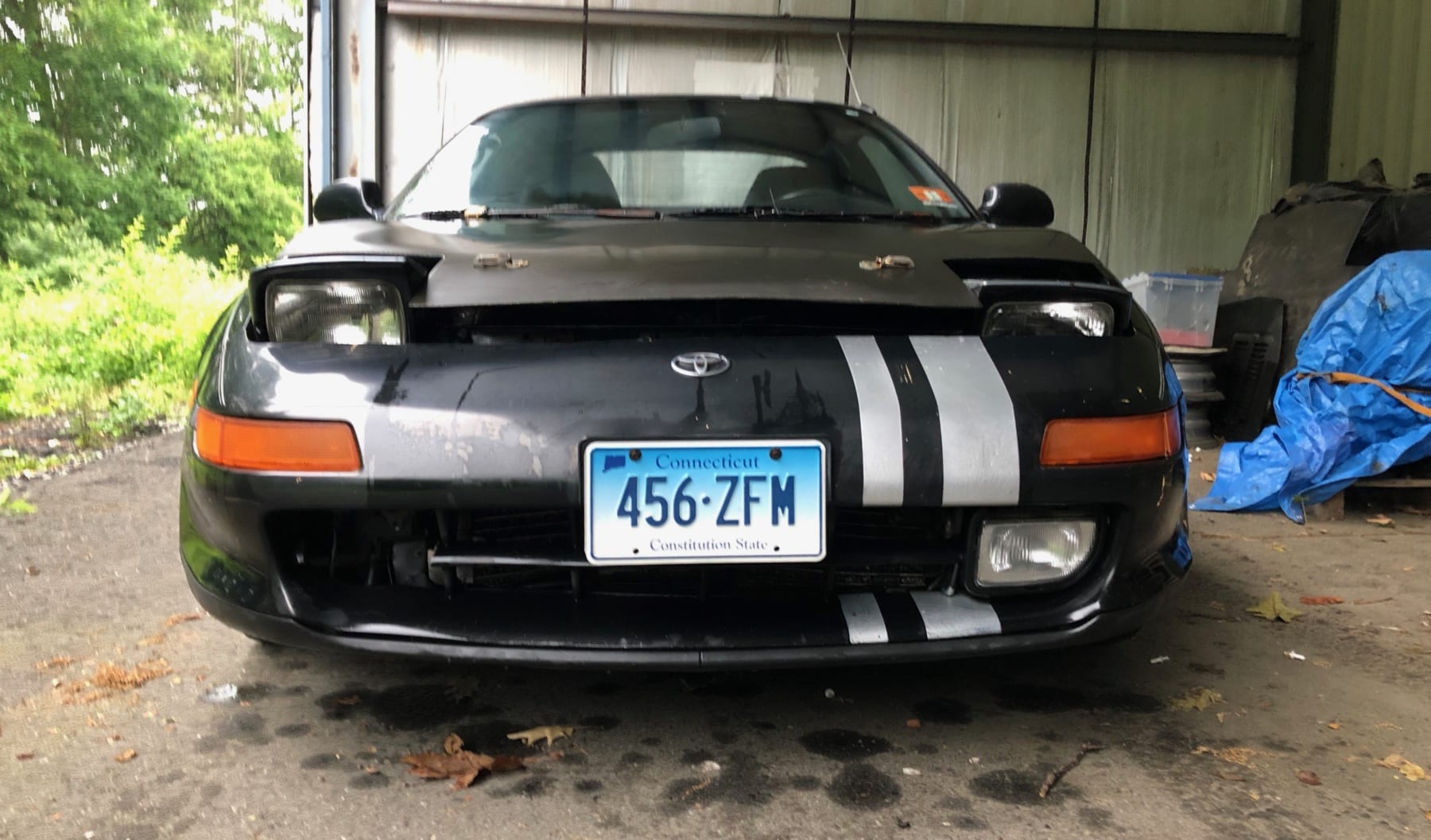 My friend Dan and I picked up the little second-gen Toyota MR2 a few years back. We had big plans for the car. A Roadkill-esque build complete with cardboard to-do list. Sights set on a 24 Hours of LeMons race. Future weekends spent running rallycross and ChumpCar. But we never got there.

Life… uh, gets in the way

Life simply got in the way. We’ve all been there. You acquire a project, talk up and down about your plans for it, and just never get to it. Work, relationships, and other projects consume the time once psychologically dedicated to the one on the perpetual back-burner. 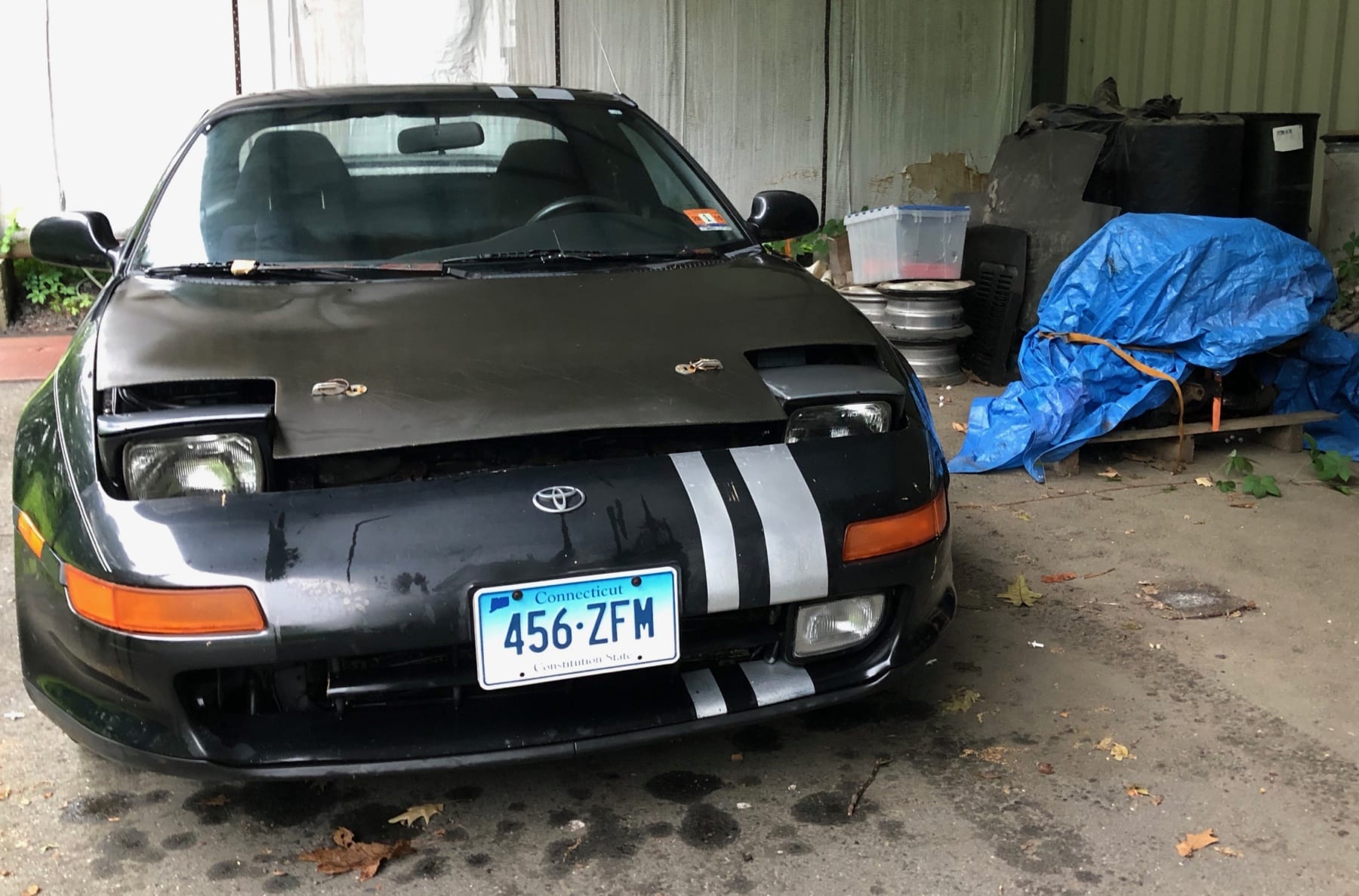 The furthest we got was moving a second engine to keep the MR2 company. In all fairness Dan did a ton of work pulling the engine from a donor MR2. The result was a pallet of parts destined to a similar fate. The plan to swap a manual gearbox and functional motor died a sad death. 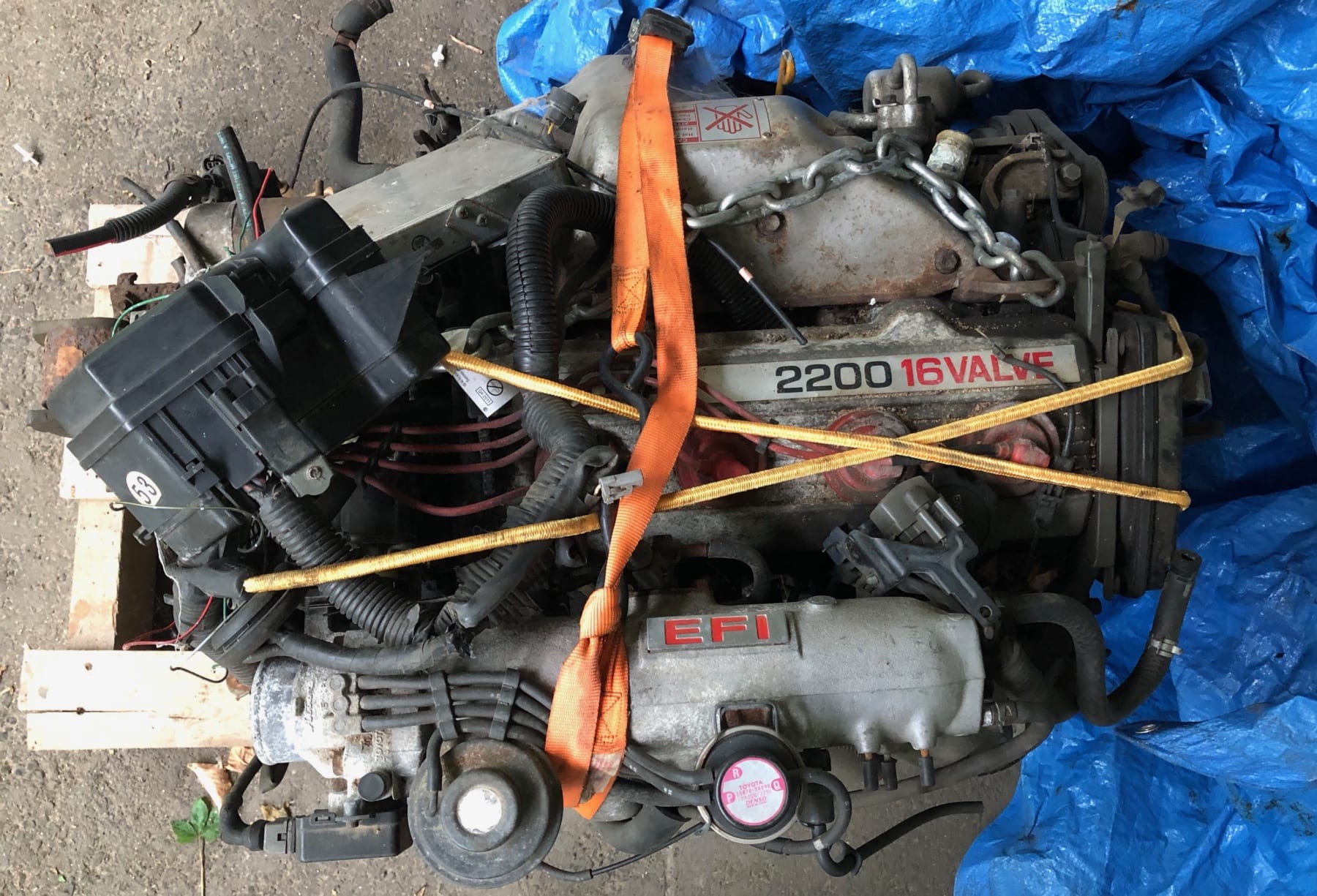 After some good, hard thought, Dan and I honed in on our realities. I was losing the storage space at which we kept the MR2. The end goal was much further than either of us had expected. And, crucially, the time we would need to dedicate to getting it running just wasn’t there. So after a few long conversations we decided to sell it.

The first prospective buyer showed up after seeing it on Grassroots Motorsports. Amidst shared skepticism between Dan and myself, the potential buyer arrived…in the cleanest slick-top MR2 Turbo I had ever seen. He proceeded to talk MR2s and cars with us for the better part of an hour. And of course looked over the car with the finest of tooth combs. The next day he informed us he didn’t want the car. 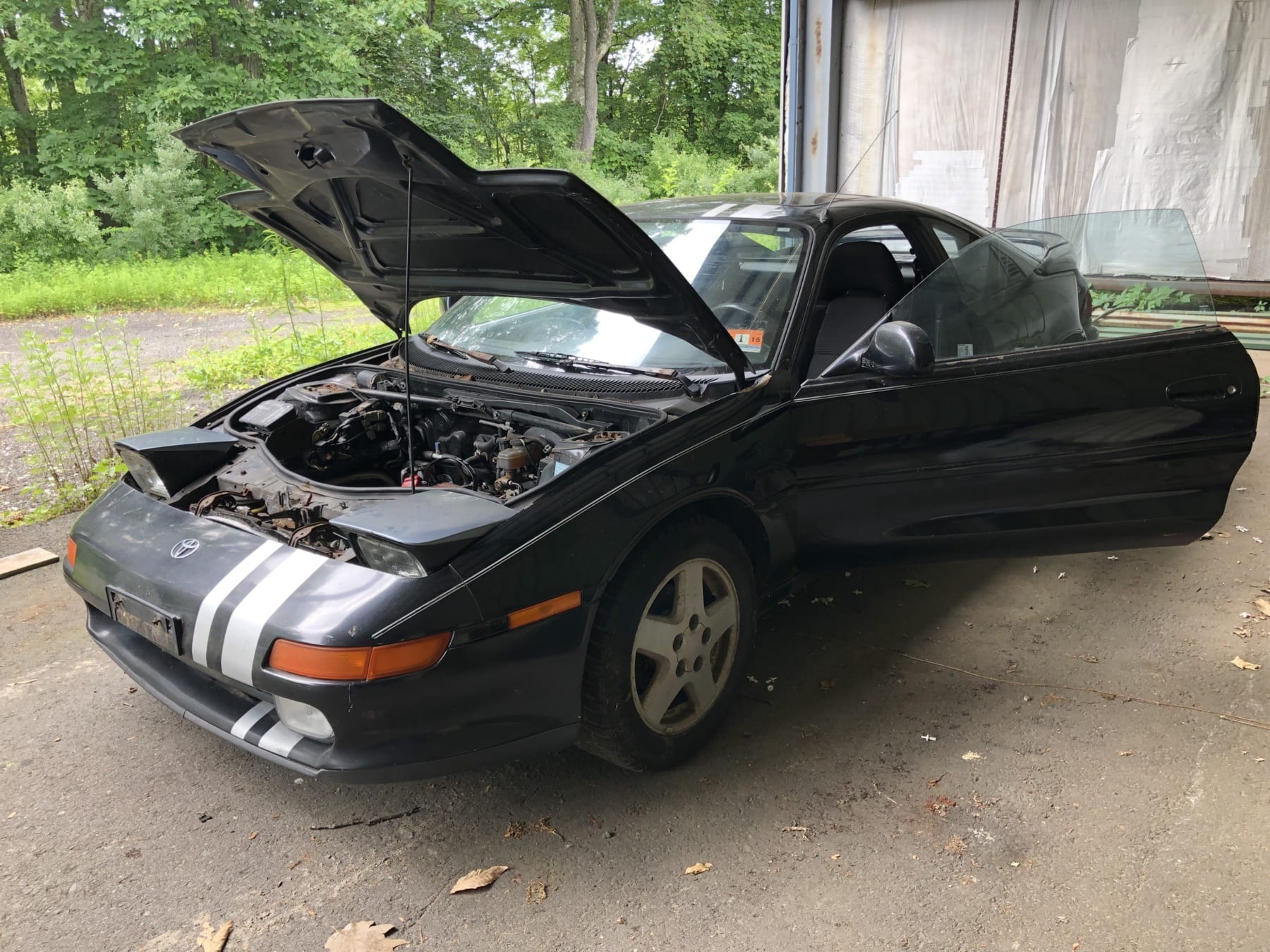 Our buyer rolled around a few days later. He saw the ad on Facebook Marketplace and we shared a few messages. Later that week he came to see it. He wanted to buy it and the extra hood as well. To my surprise he pulled the appropriate amount of cash out of his pocket and handed it to me right then and there. Less than 24 hours later he came to pick up his new purchase. Purging the ancient fuel residing in its tank and lines, the MR2 stalled a few times as the buyer pulled away. Then he blasted off into the distance. Once and for all.

It turns out that Facebook Marketplace is a great place to sell a vehicle. This marked my 2nd sold/ended project of the last 2 months, the other being the Stormtrooper 4Runner. A turning point in the used-car-selling-place tide? Now with Craigslist’s $5 listing fee things might be changing. But that’s beside the point. 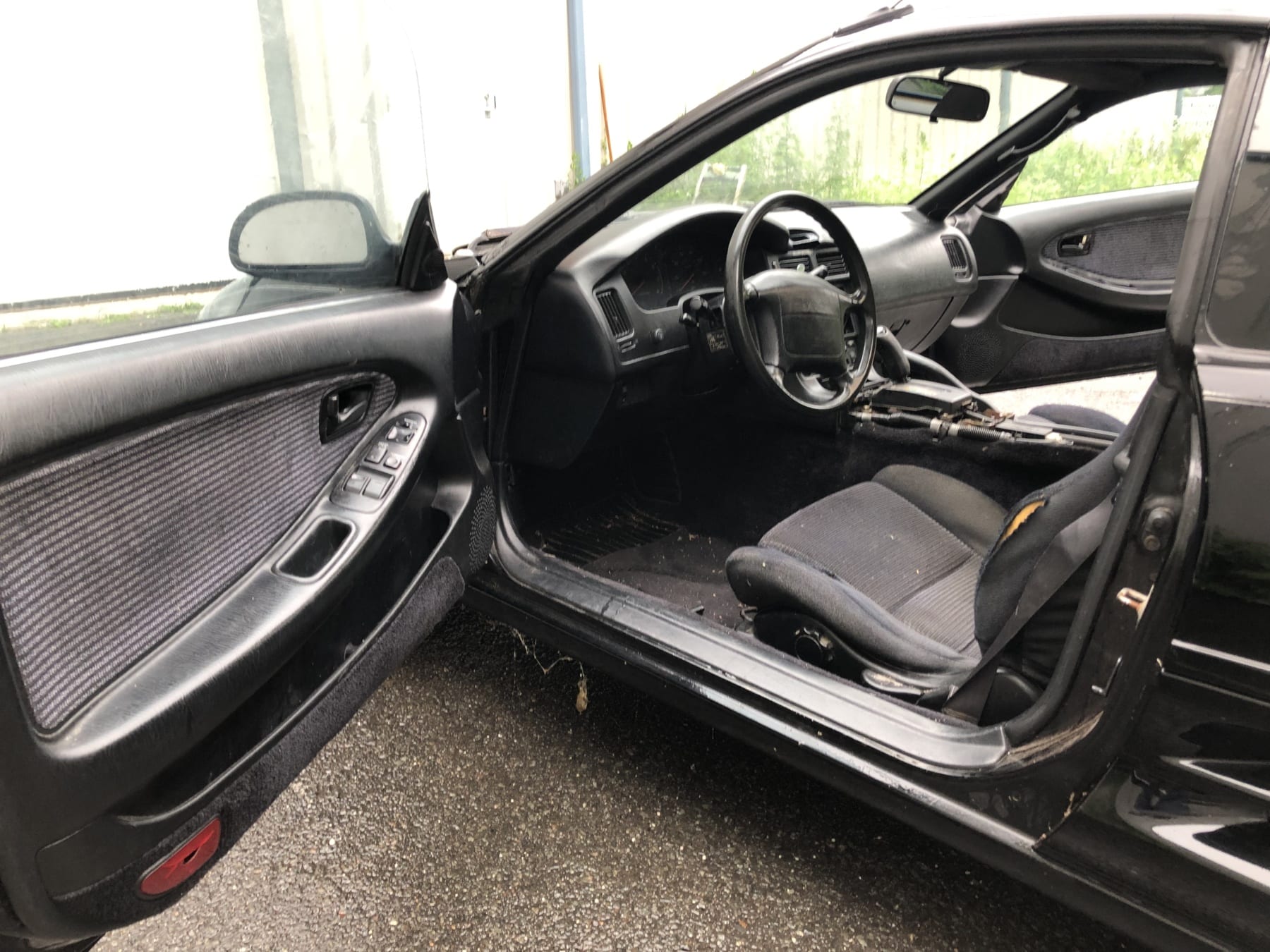 And so, the little MR2 left its post to live out the rest of its life in the hands of its new enthusiastic owner. As badly as I wanted it to be our entry into budget motorsports it simply wasn’t to be. Sometimes the timing just isn’t meant to be. For our departed MR2 that sadly was the case. 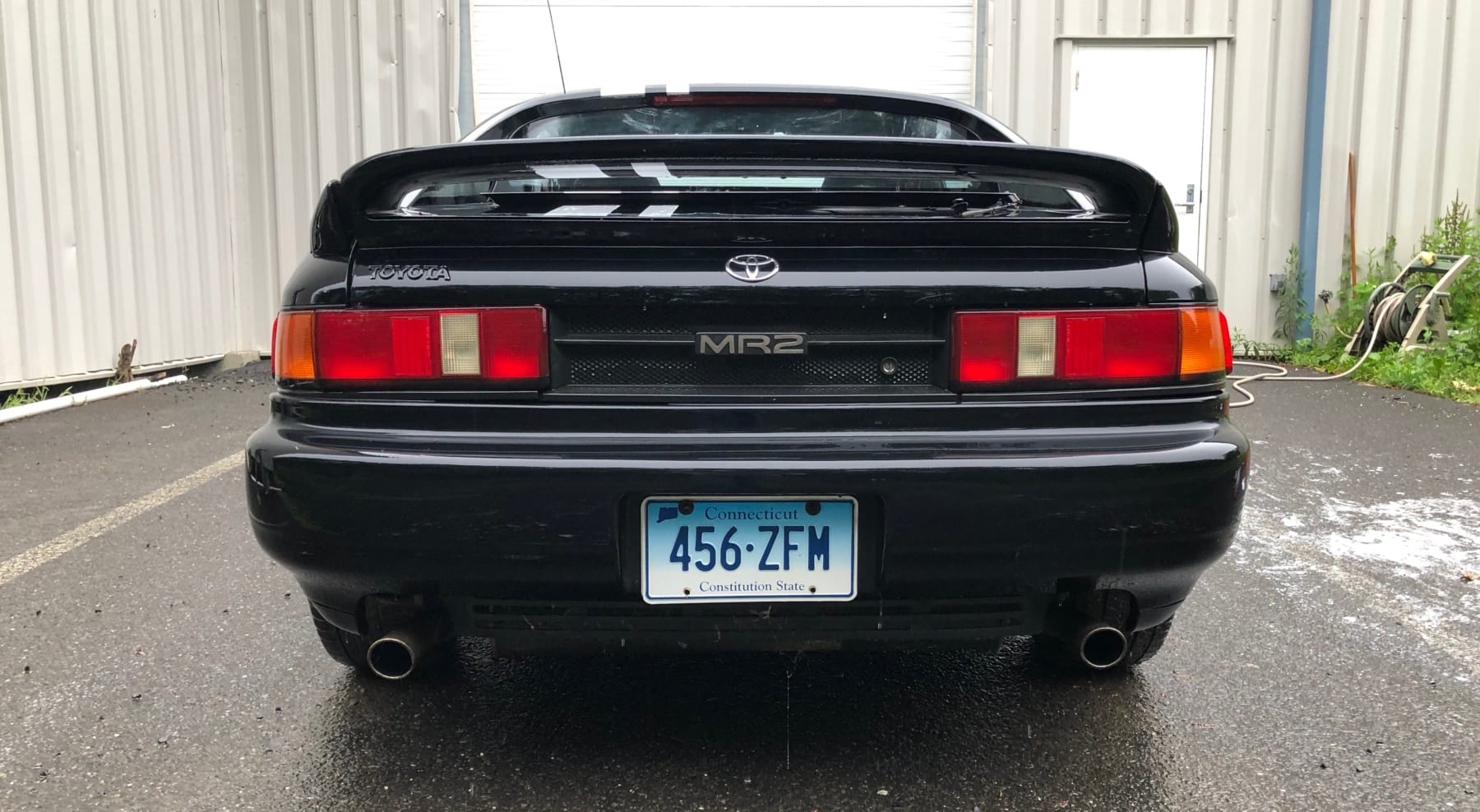