It’s the end of an era: the Stormtrooper 4Runner has been sold. It was the most meaningful vehicle to me in my automotive journey thus far. Coincidentally– or maybe not so much– it was also far and beyond my biggest project to date. Owning the Stormtrooper 4Runner never ceased to be an eye-opening learning experience. And of course it was sometimes as strenuous and stressful as it was fulfilling and rewarding. Now time to move on, the project has come to a close. 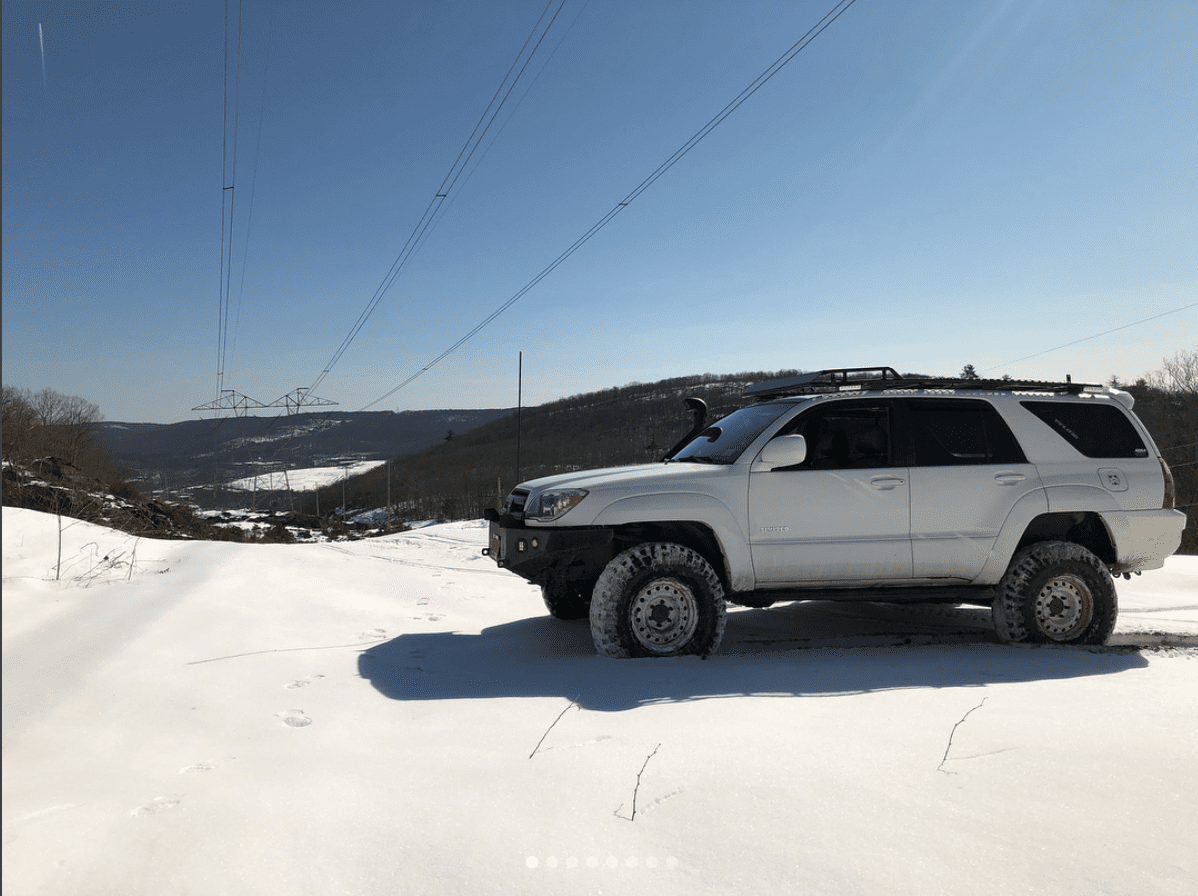 It all began with a ridiculous trip to Canada. A weekend of buying the truck and importing it to the States myself. Since then the truck served as the backbone to basically everything a 4Runner should. Off-roading trips, hikes, daily driver duty and so on. 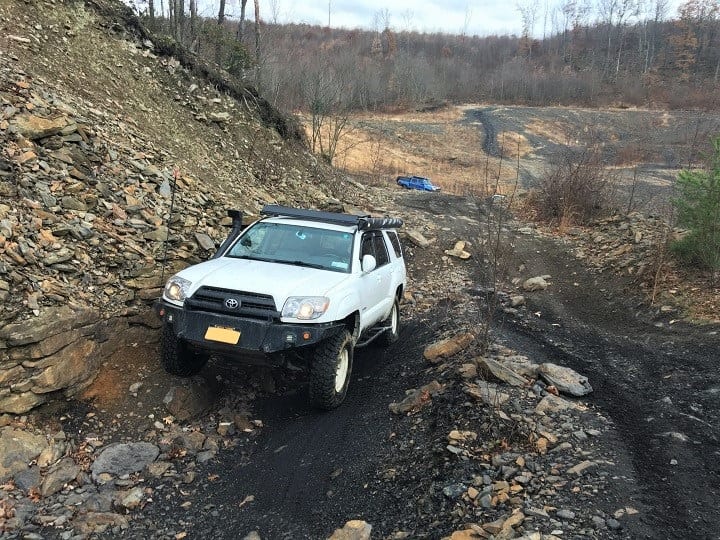 The two-year-and-five-month ownership period marked my longest since owning my first vehicle for seven years. But the 4Runner was on the road maybe six times in the six months leading up to the sale. It deserves a better life than that. And though it got me through some of the hardest times in my life I’m not sad it’s gone. I got my fill of 4th gen 4Runner and am ready to move on. 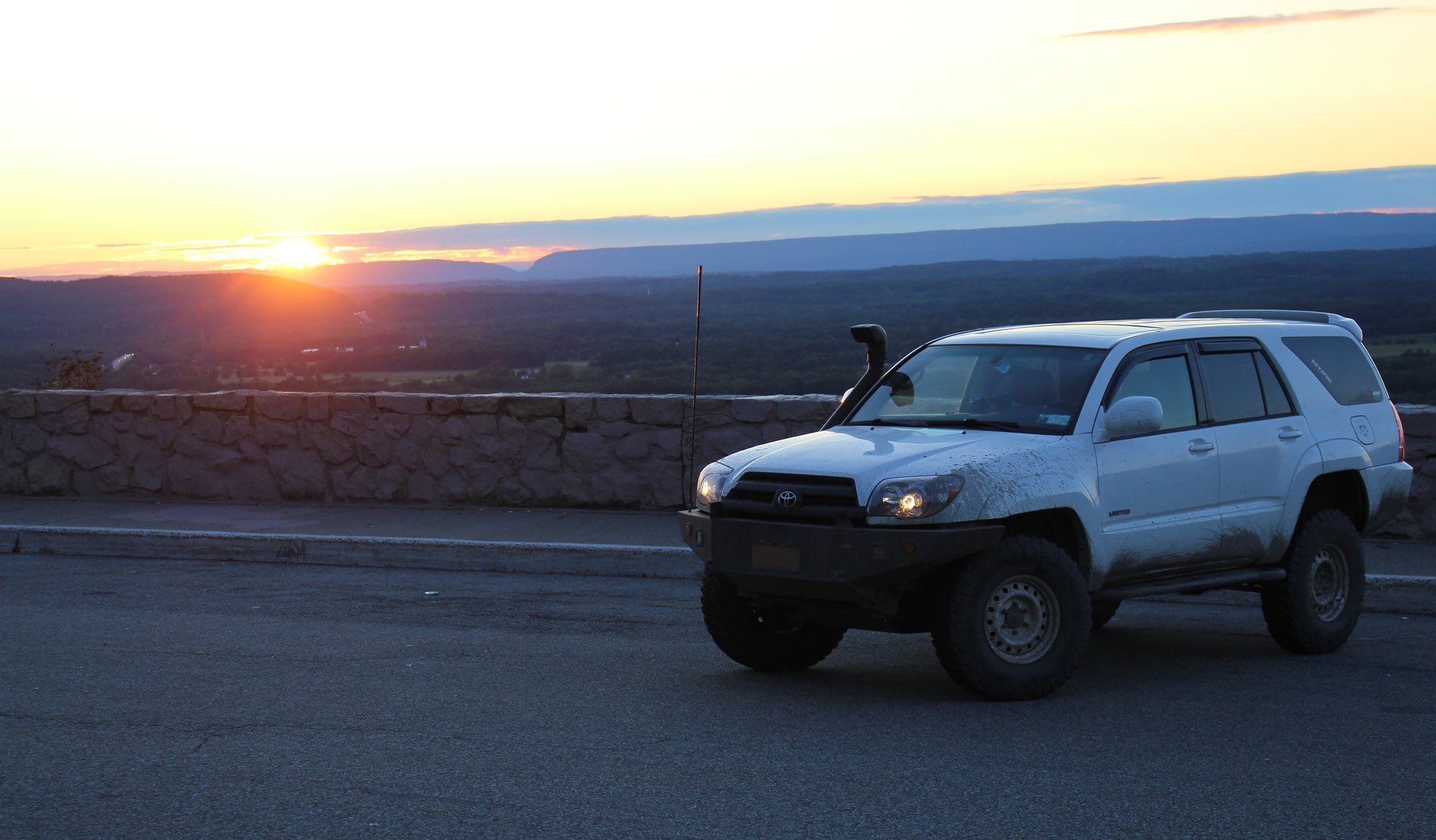 These 29 months gave me good insight into Toyota 4×4. It is an amazing group. The enthusiasts are resourceful and supportive, always there to lend advice or help with a repair. Among countless other things they taught me love a vehicle unconditionally, regardless of the headaches it causes. And they put huge emphasis on supporting others in their time of need. 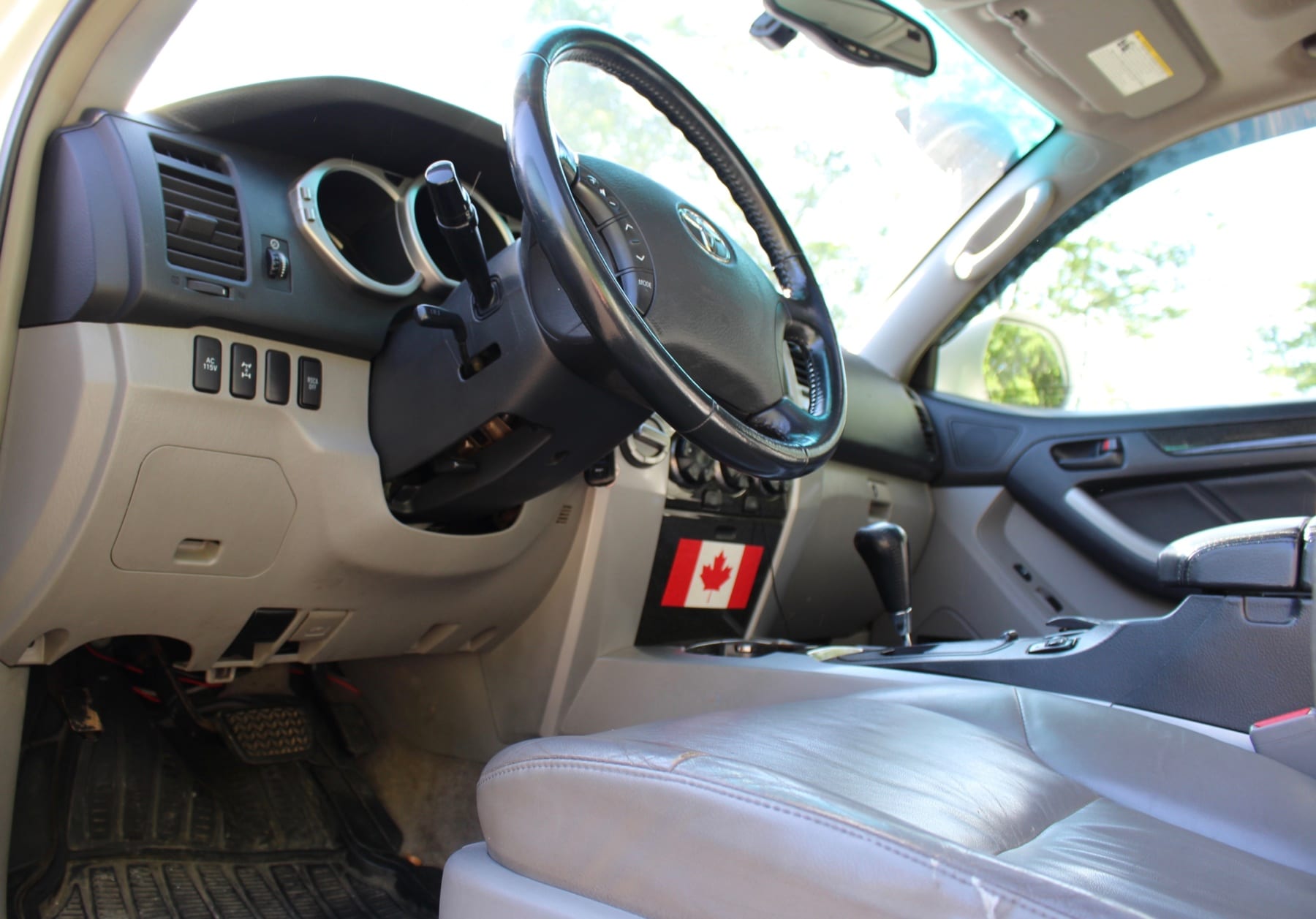 In April of 2017 I had spine surgery. Among other reasons it was a difficult time, it meant I couldn’t drive my manual-transmission WRX. The Stormtrooper 4Runner came to the rescue. Later on it was sidelined to leisurely weekend cruises just to get its fluids moving. But on the occasions I was able to take it off-road the Stormtrooper never ceased to wow. It was wildly capable, its traction and articulation always shocking those who had never been wheeling with a full-size, IFS-equipped SUV. I only got it stuck once and it was entirely my own doing. The Stormtrooper 4Runner kept up with vehicles boasting much more extensive modifications. It was a killer trail machine. 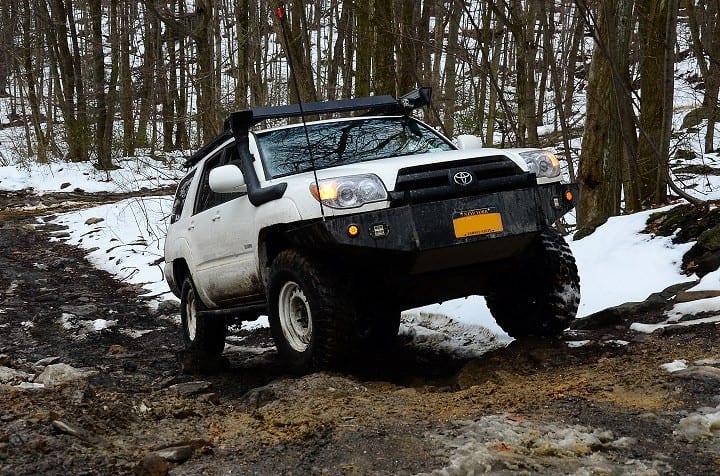 It was also a fairly substantial project. Never before had I performed maintenance and upkeep to this extent. I replaced the driver side mirror, rear middle seatbelt clip, cabin filter, intake filter, and windshield wipers. The windshield was replaced. As were upper and lower control arm bushings and ball joints on both sides, the same for catalytic converters, oxygen sensors and the camshaft position sensor. Boredom resulted in me swapping the interior and reverse lights with LEDs. I sanded and repainted the rock sliders and front bumper, adding auxiliary lights to the latter. At the end the destroyed, existing suspension was upgraded to Old Man Emu’s 3” kit. By the time everything was done the 4Runner looked largely the same as when I bought it. But it was actually quite different. 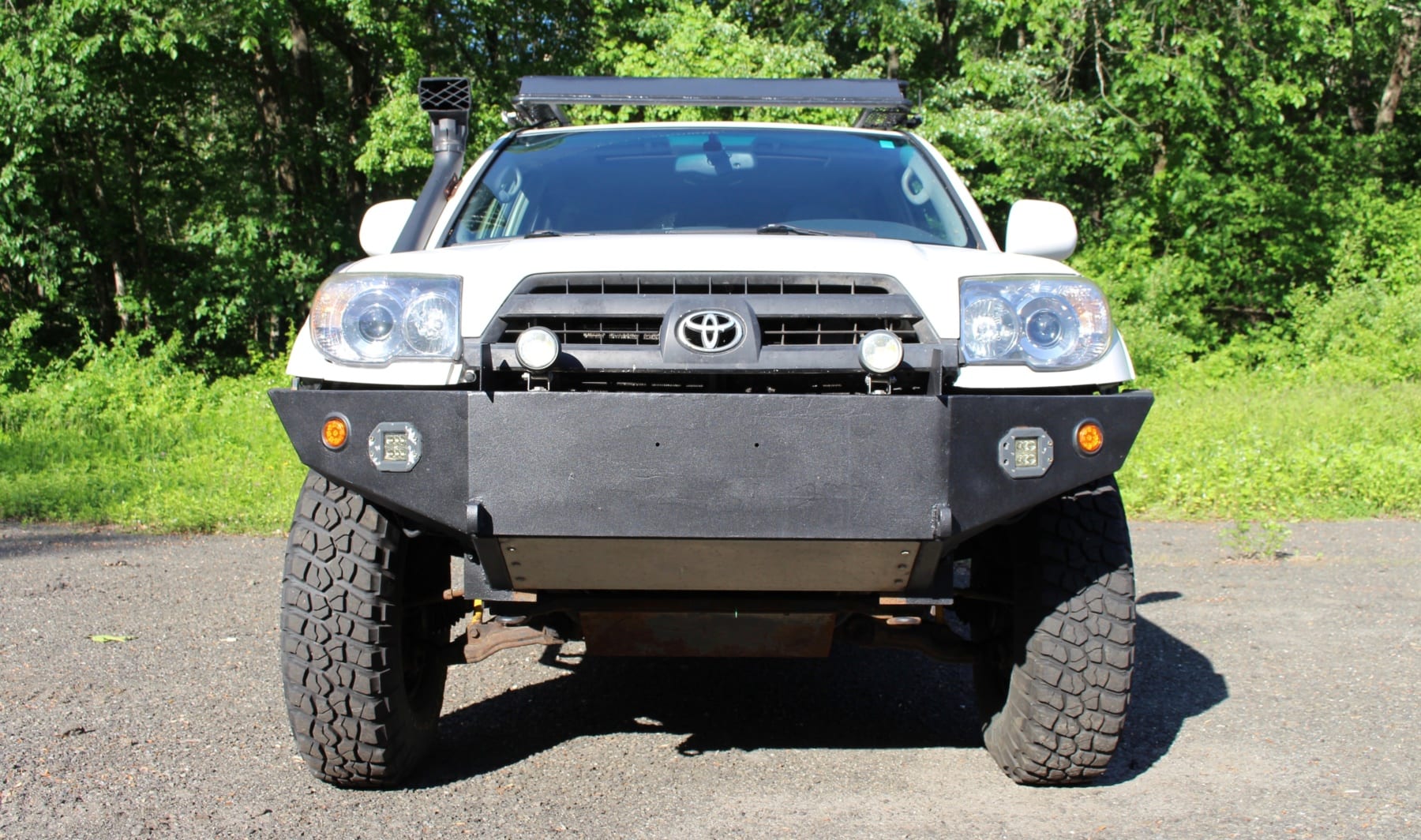 This process taught me a lot about myself. Mostly it reaffirmed that I prefer driving to wrenching. Let me be clear: I do enjoy wrenching. I love an afternoon spent fixing something and the rewarding feeling that comes with it. But working on a project isn’t enjoyable when repairing the vehicle in question cuts deeply into the time spent that could be spent actually enjoying it. For an off-road vehicle to be safe and functional it needs to be operating in top condition. Getting and keeping it there is an absolute ton of work. The Stormtrooper was never-ending. 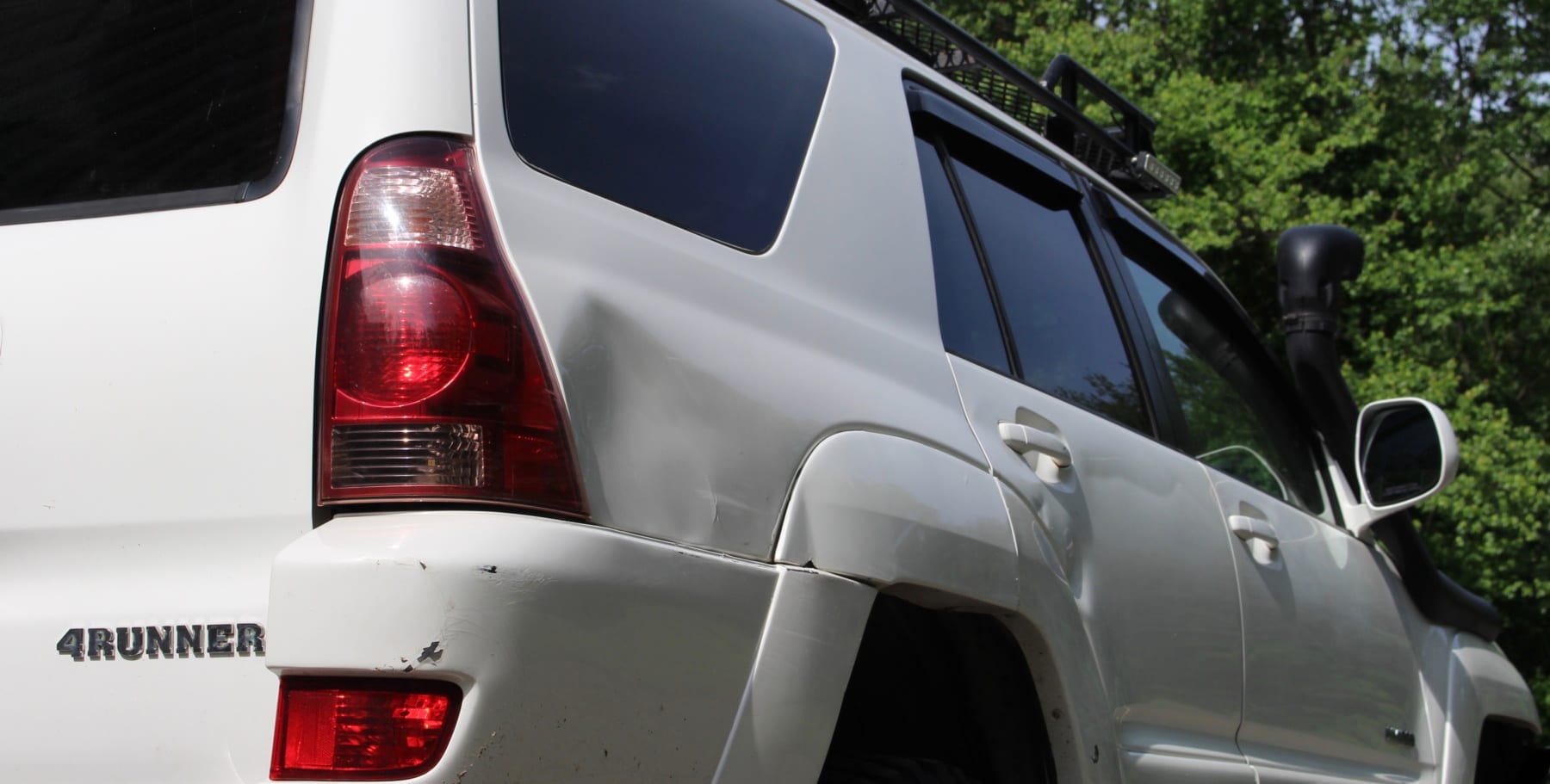 So now it’s time to move on. The Stormtrooper 4Runner has been my absolute favorite of all of the vehicles I have owned. But with off-road trails that are 4.5 hours away at the closest it’s just not practical to continue on with this project. Like wrenching, a hobby loses its fun once the difficulties drastically outweigh the enjoyment. And that’s what off-roading with this truck has become. Getting to and from the trailhead in a single day is exhausting. The ultimate goal for the Stormtrooper 4Runner was to drive it cross-country to Moab. A bucket-list road trip to tackle my bucket-list off-roading Mecca. Life at the moment isn’t conducive to long weekends away in the woods, let alone full weeks. The dream hasn’t died but rather has been put aside for now. 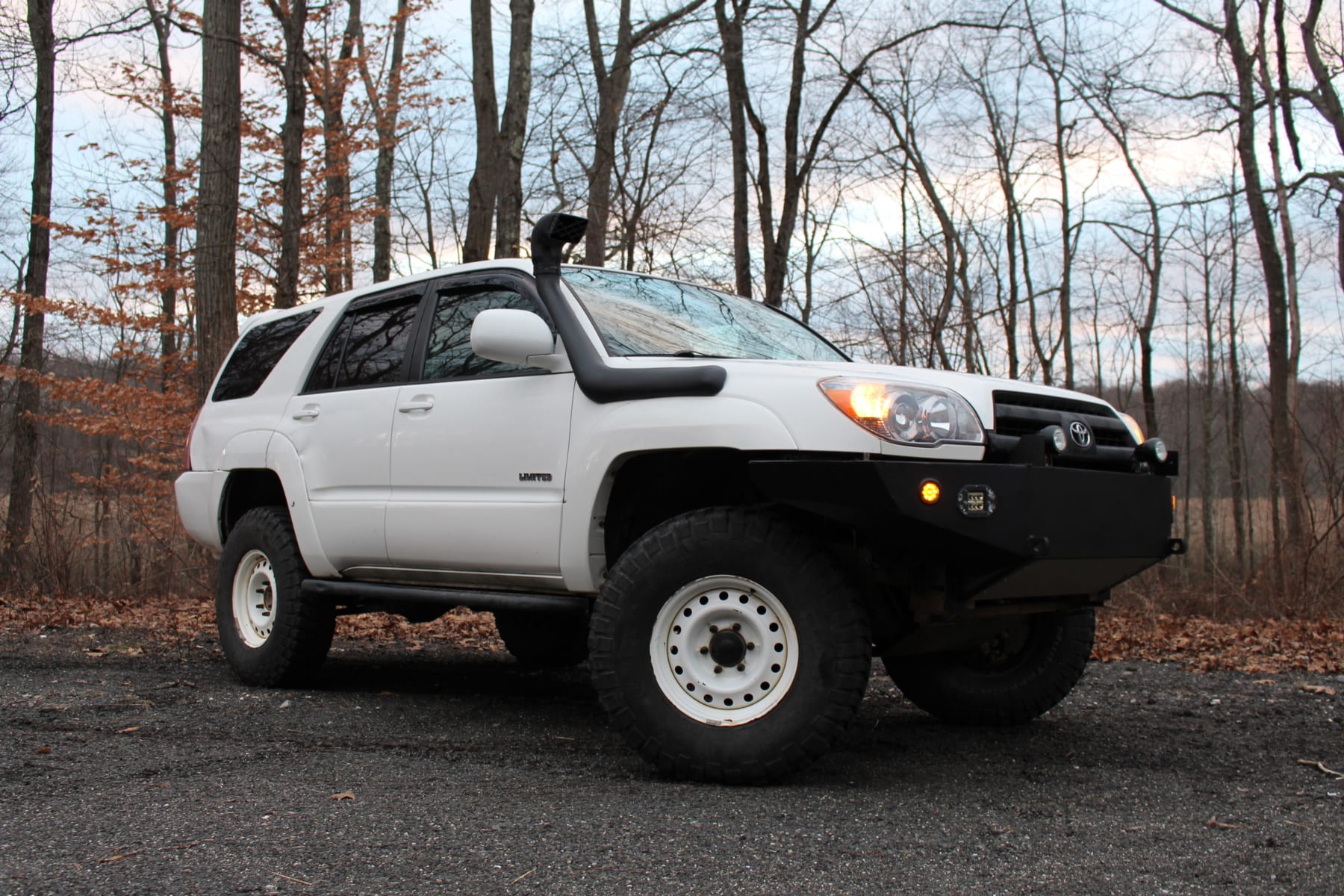 All good things come to an end and this was absolutely a good one. A good learning experience, a good entry to the world of Toyota 4x4s, and certainly a good truck. The Stormtrooper 4Runner was fun while it lasted. I loved watching people stare at it on the city streets near my home. And I loved off-roading it, a truck as comfortable as it was capable. But the fun faded and the frustrations set in. I didn’t get sad watching when I Ubered away from the sale location, but excited and relieved. The day after selling it I looked at the spot in which it sat for most of its life and much to the confusion of my psyche and soul I wasn’t sad. And yet, I’ll miss it dearly. It was the best truck I ever had, and I connected with it in a way I never had with a vehicle before. But the future is bright; more fun is on the horizon.

A 2005 model year vehicle, the Stormtrooper 4Runner’s life started at Toyota’s manufacturing facility in Japan. It was then shipped to Canada where it was sold and spent its life until January 2017. That’s when I brought it Stateside, first to New York then to Connecticut. And now, in the hands of its new owner, the Stormtrooper 4Runner is off to a totally different climate: Haiti. 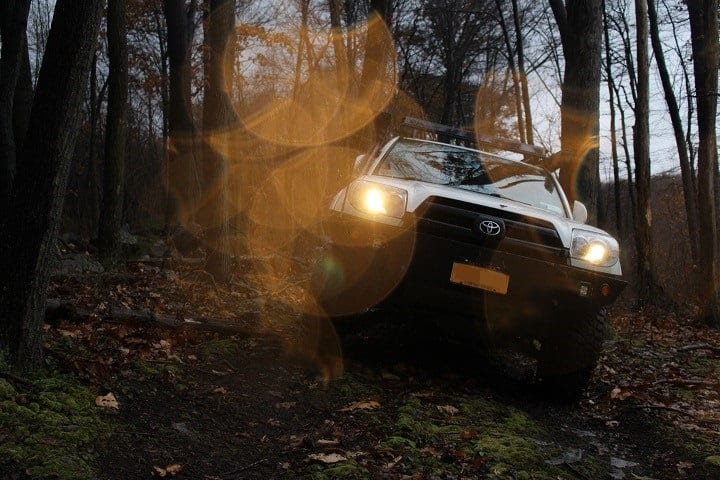