An off-road vehicle is nothing if not for the ability of its tires to maintain traction. No traction means no forward progress. Without forward progress, a day spent wheeling quickly becomes a day spent getting unstuck. As every off-roader knows, that’s only fun for so long. This isn’t simply a tire issue though. Springs and shocks are responsible for far more than ride quality. The ability to articulate and keep the tires on the ground can be a make-it-or-break-it element for an otherwise properly equipped off-road truck. Tires, armor, and gearing are important. But it’s all worthless without quality suspension. 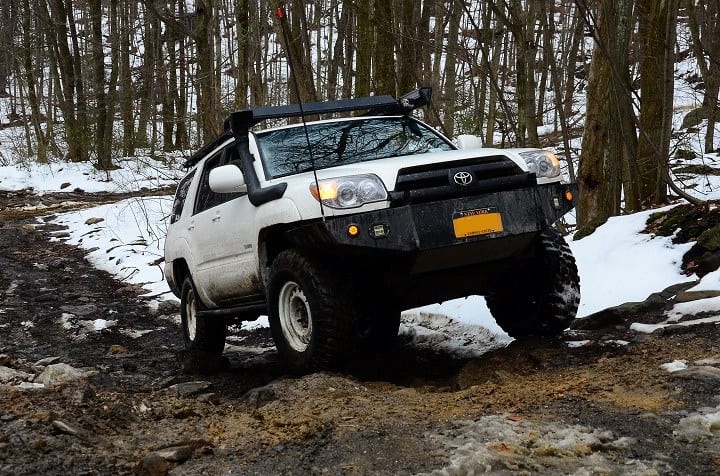 Desperately in need of a suspension overhaul, the Stormtrooper 4Runner’s old shocks were leaking and the springs were no longer doing their job. Worn to the point of preventing me from driving the truck, it was time for a revamp. The Stromtrooper 4Runner serves dual duty as occasional weekend driver and off-road toy. This meant the new suspension would need to be as comfortable on the street as it would be competent on the trails.

My requirements in a lift kit fell to a reputable brand with “do-it-all” abilities. Options exist at every price point but, with the Stormtrooper 4Runner being a secondary vehicle, cost was critical. This means the traditional spring-and-shock route rather drool-worthy remote reservoirs. 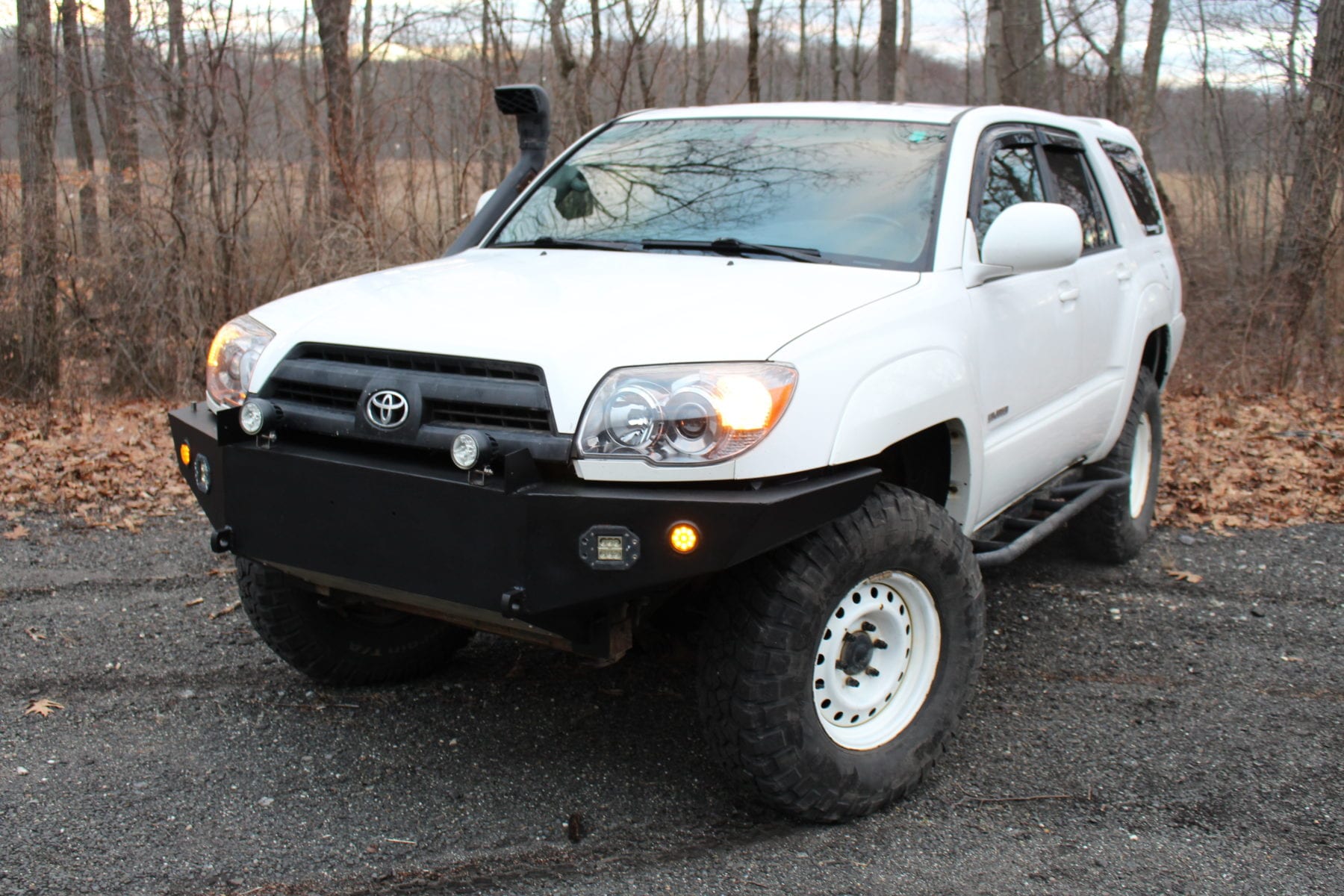 Let’s talk to the Old Man

It was the long-time mastery of Old Man Emu (OME) and backing company ARB that won out. The brand’s reputation for high-quality and well-engineered components is reflected in their favor amongst off-roaders and the wheeling community alike. A three-inch suspension lift for the fourth-generation Toyota 4Runner includes bright-yellow Nitrocharger shocks and heavy black springs. Mounting hardware is also included. So as to maximize the benefit of the new components, I swapped in MOOG top mounts and lower control arm ball joints, all purchased from RockAuto. 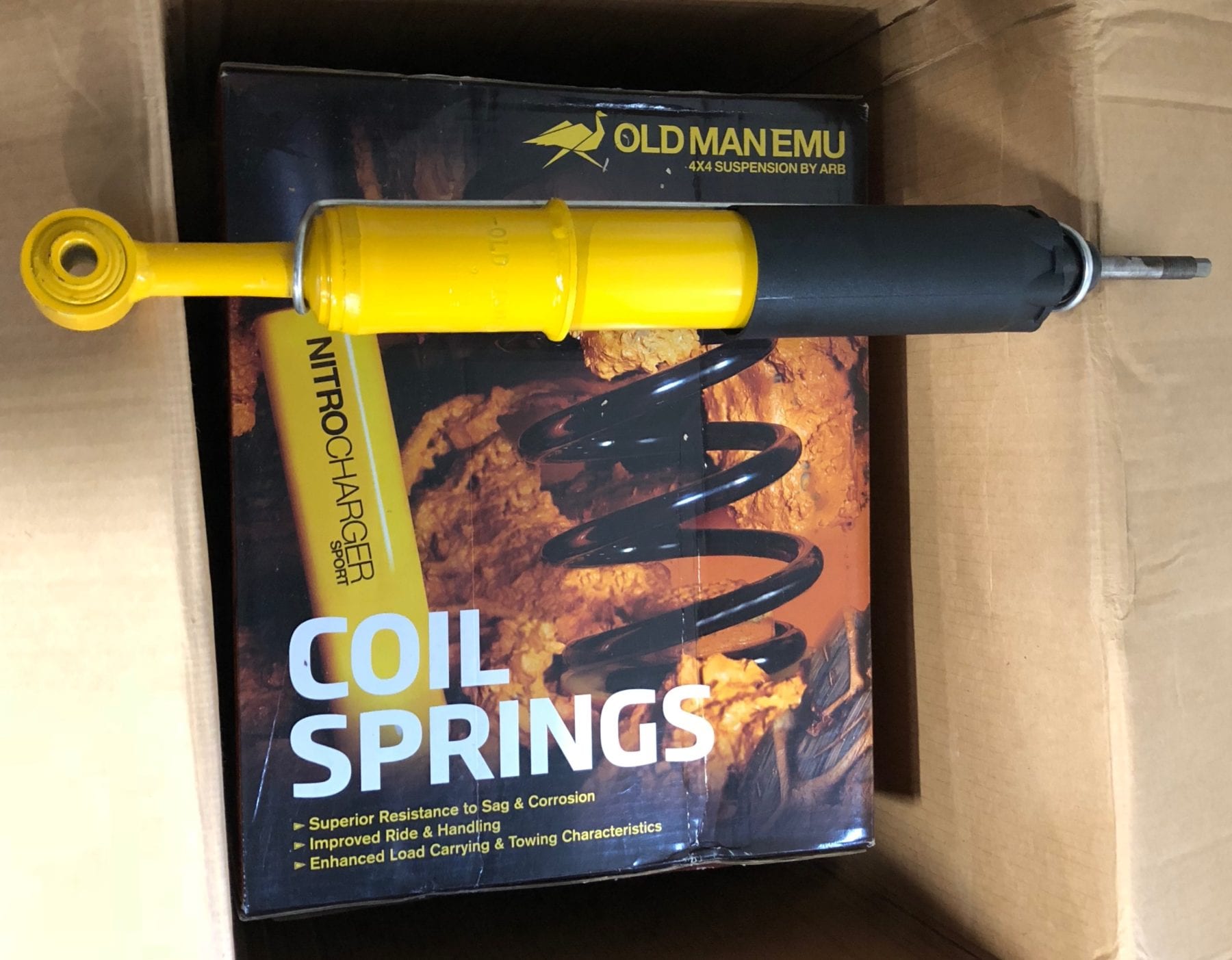 Time constraints forced me to have the install done professionally. Good thing, too, as the old parts were seized. Multiple forms of heat and pressure were required to remove the old suspension. Years of road salt and muck added difficulty to the removal process. If the truck were newer, not from Canada, and not an off-road vehicle, it would have been reasonably simple. 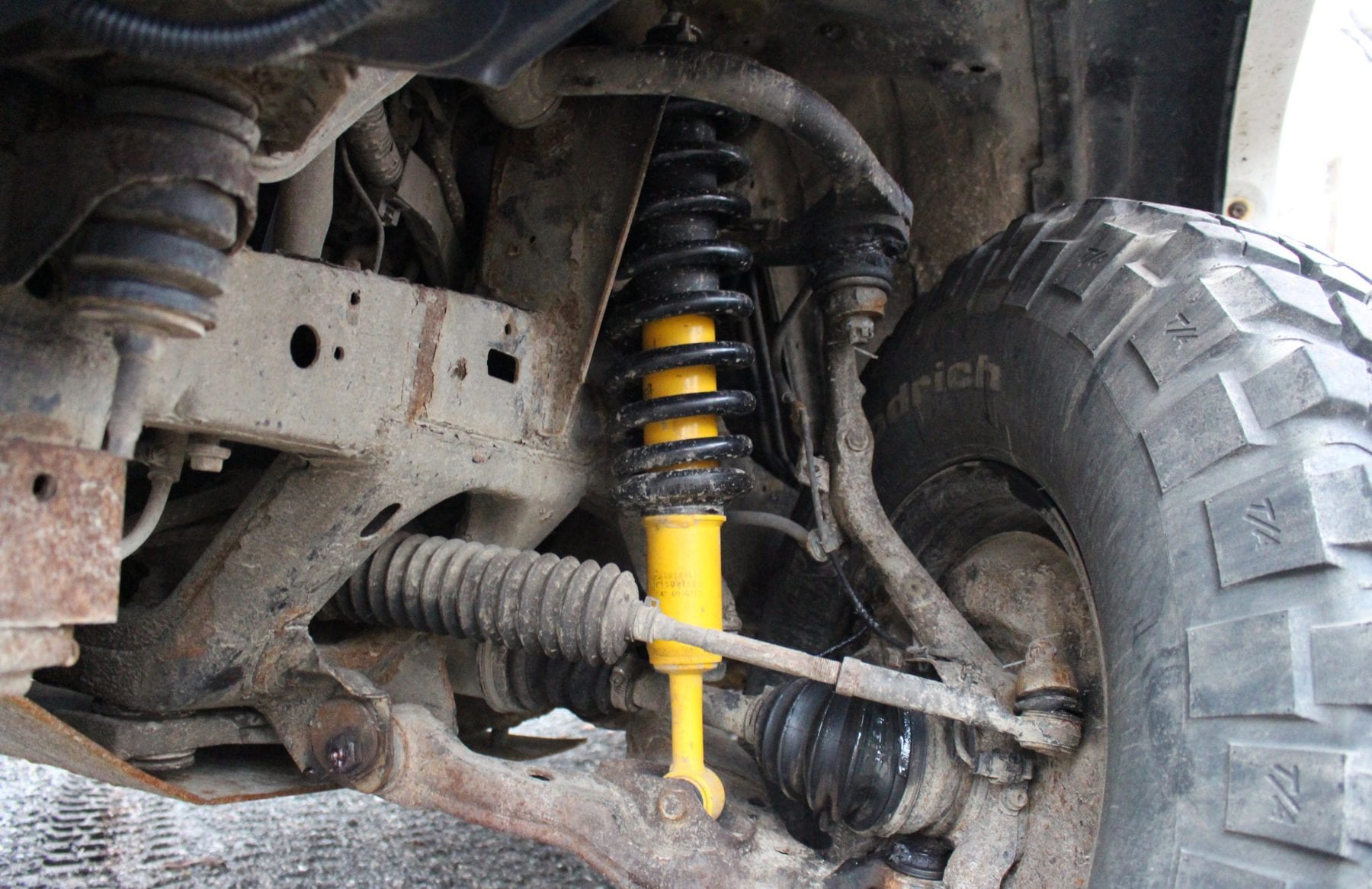 With the OME suspension installed the 4Runner looks good, though a bit less “lifted” than I was expecting or hoping. The stance is still properly aggressive. Still, there’s a noticeable decrease in height and clearance versus the old setup. This means more skid plates may be needed to keep vital bits out of harms way. I’ll know if the decreased clearance is an issue after more rock crawling.

On the plus side, the lower stance means a lower center of gravity as well. Once a constant concern, now the truck won’t lean over onto the bump stops or feel as tippy in off-camber situations. And being that these are far and beyond my least favorite obstacles, it’s a welcome change. 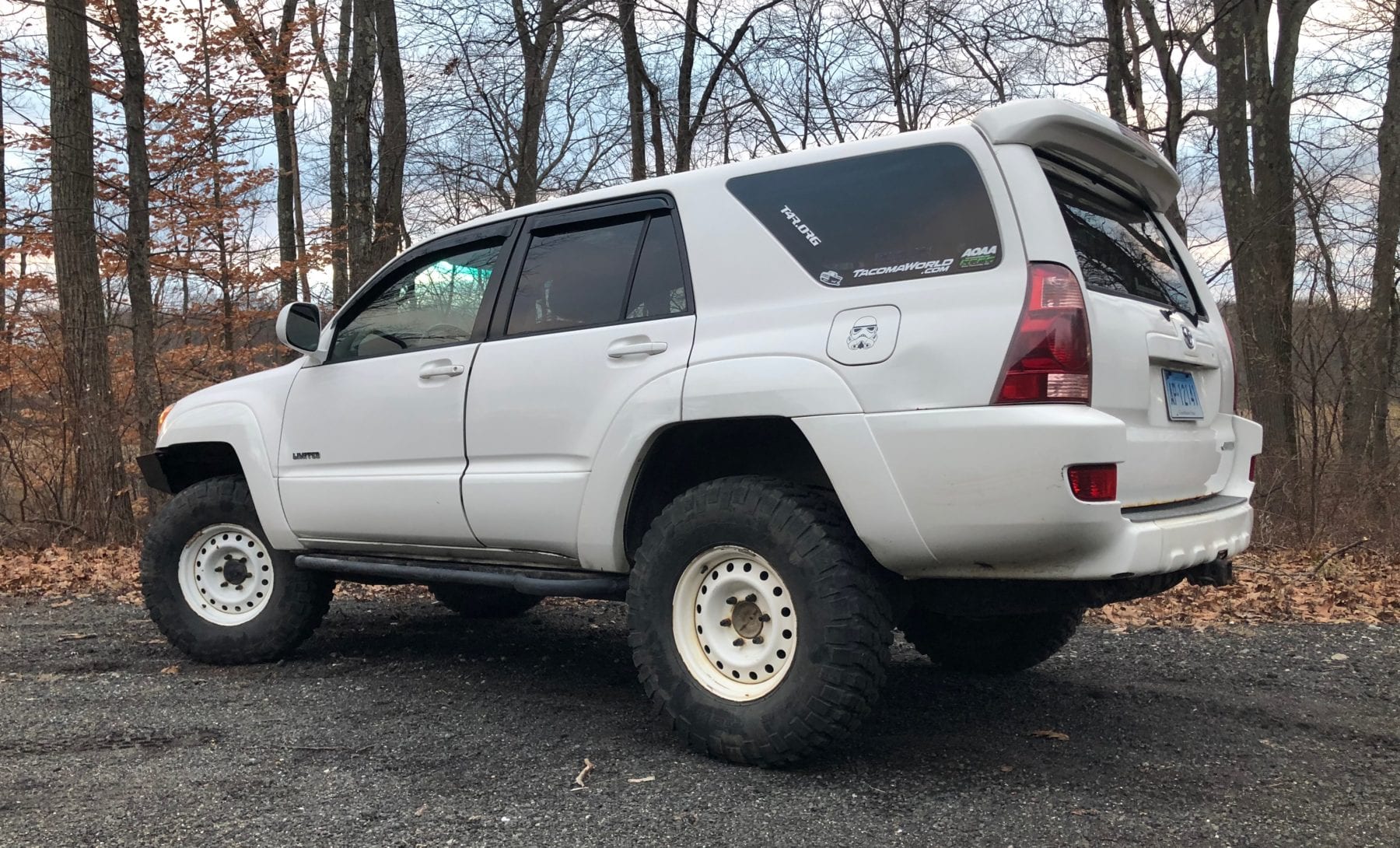 Out on the trail

Getting to the trailhead requires driving on public roads. Fortunately though, the OME suspension’s on-tarmac performance is a drastic improvement in absorption of the area’s overly abundant bumps. Joints and imperfections are now soaked up rather than transmitted through the chassis directly into the seat. The improvement in composure is almost indescribable and on better surfaces the ride quality is fantastic.

If fitted with KO2s, instead of the KM2s it currently wears, the Stormtrooper would ride better than a stock 4Runner. Cornering is much improved as well. Although the truck doesn’t have sway bars, the handling has been transformed and it’s significantly more composed around turns.

My sole complaint about the on-road ride quality is the stiff rebound. This is most noticeable in going over larger bumps. The suspension absorbs the initial impact well but springs down in a somewhat hard, crash-like manner. It must be said that in anticipation of adding a heavier rear bumper the rear springs supplied were of a higher weight rating than is currently needed. Note that this scenario is specific to my individual application and could be responsible for the jarring rebound. Since at the time of this review I’m not driving the truck frequently and everything is still very fresh, it is possible the rebound may soften up after more miles. 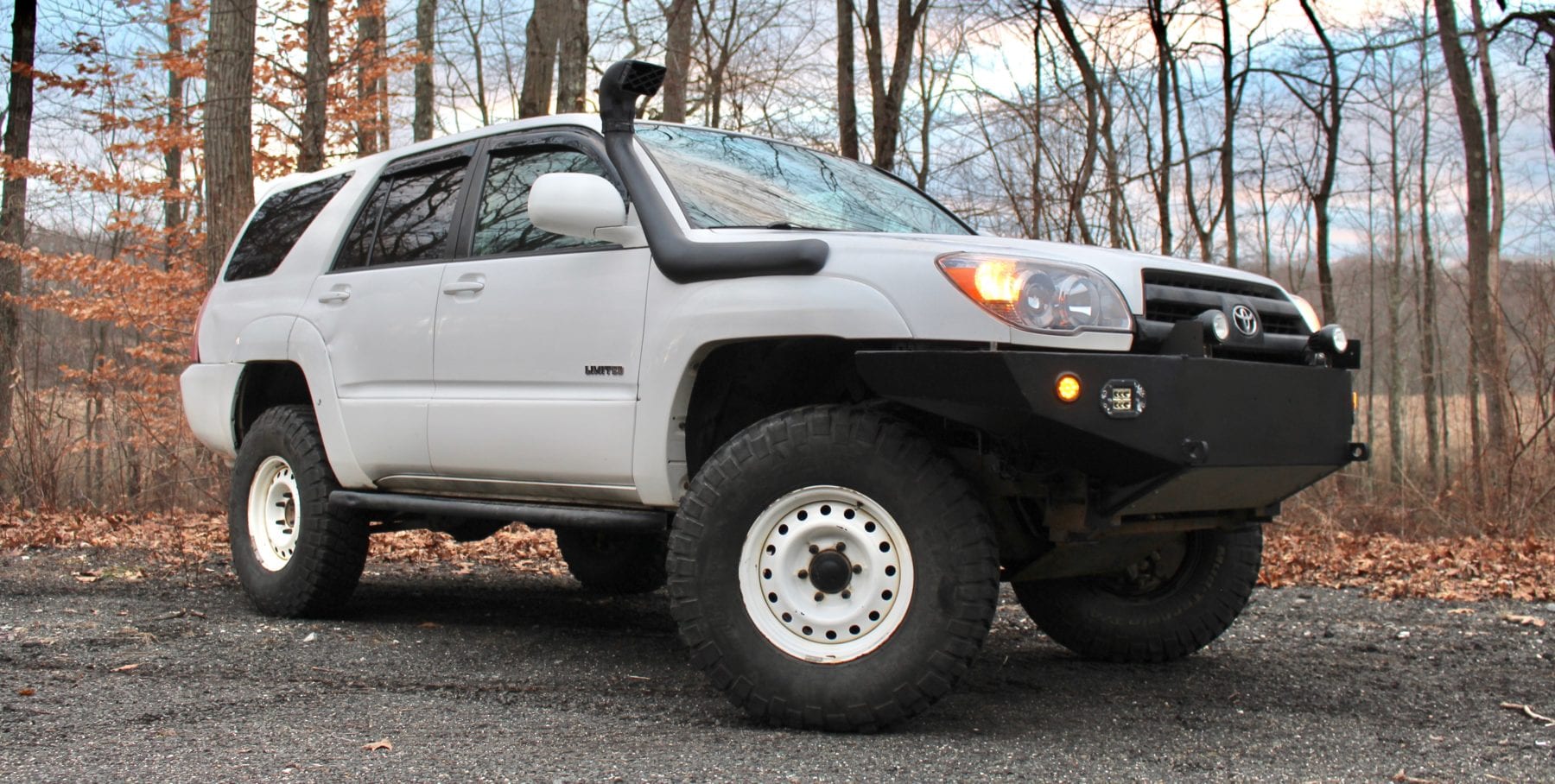 With the truck sitting lower than before I was admittedly nervous about the fenders being rubbed by the tires when the suspension is under compression. The fourth-gen 4Runner wheel wells aren’t very accommodating. My “pizza-cutter” 255/85 R16 BFGoodrich Mud-Terrain KM2s have a decent amount of height. To quell my worries prior to going off-roading, I conducted a makeshift “flex test.”

Good news: even at full compression the tires don’t make contact with the fenders. Though the tread certainly gets close to the liner, it would not rub.

Though the flex is good, travel is down compared to what the OME kit replaced. There used to be much more down travel but the decrease isn’t a major concern. I’ll revisit this with situations of more extreme articulation on the trails. 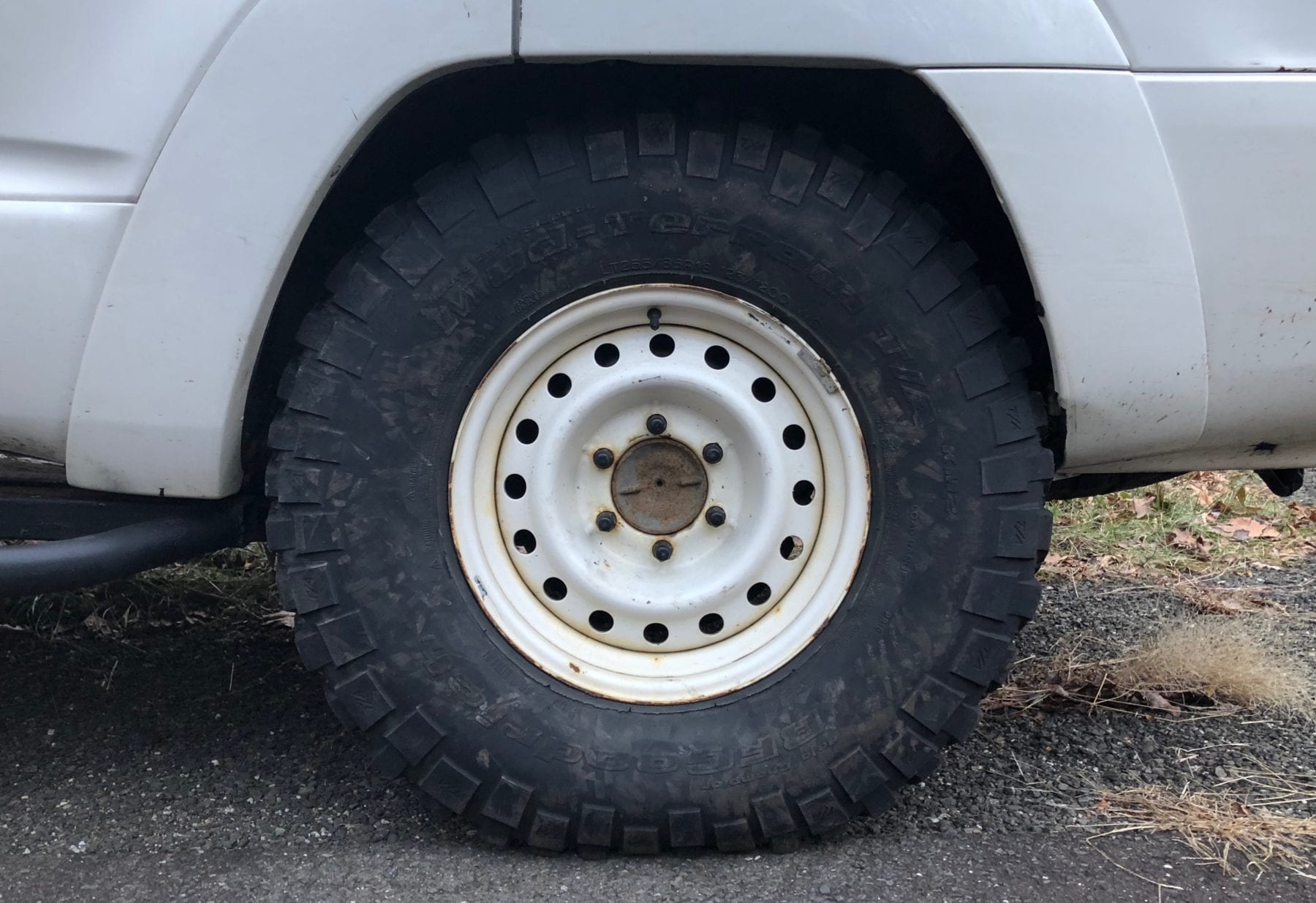 I need to use it more

Since installing the OEM three-inch lift I have, unfortunately, only taken the truck off-roading once. It was a very tame Toys-For-Tots any-vehicle-welcome run but the truck and suspension both performed flawlessly in the frigid December weather. Difficult obstacles were scarce but it’s still worth noting that the 4Runner managed everything with ease. The day’s most notable situation was successfully climbing a rock-strewn hill that some more well-built vehicles had trouble on. In fact, most in the group didn’t even try.

Overall, I’m very pleased with the way the 4Runner acted in the woods. A large part of this is thanks to the drastic reduction in lateral body lean. Despite the decrease in travel there’s still more than enough articulation to allow the tires to do their job. My only complaint remains the rebound. Even aired down to 15 PSI, the ride was a bit jarring when coming off of rocks. I believe it may soften up with more use and I’m eager to get the 4Runner back out on the trails to see how it does when pushed harder. 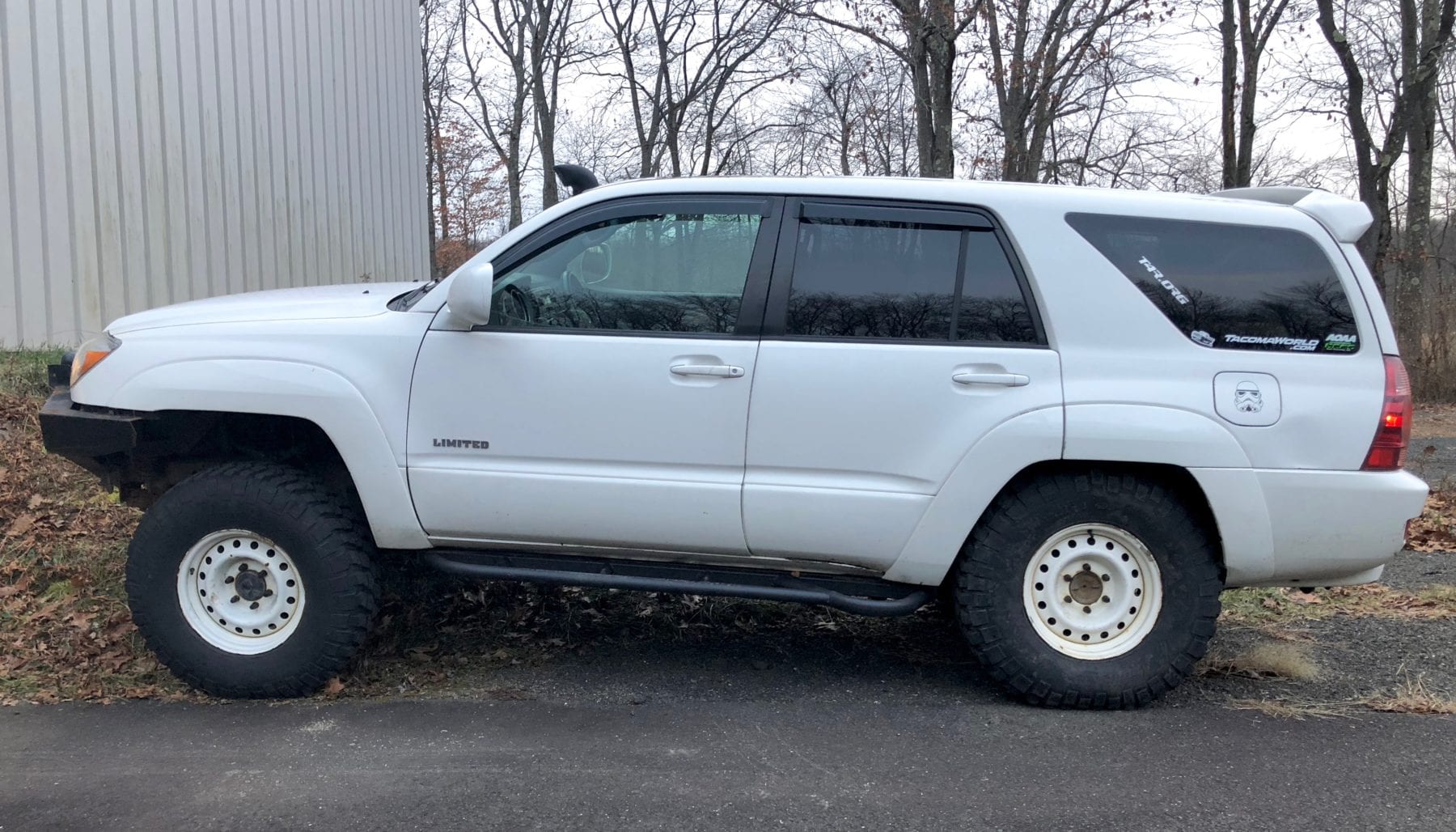 As a whole, I’m satisfied with the OME three-inch lift kit. The build quality is strong. The bright yellow paint stands out. It’s a simple setup that doesn’t require modification. While some height was lost along with travel, it’s very comfortable on the street and makes for less lean when traversing off-camber obstacles.

Other options do exist. Some are less expensive too, but this is a solid install-it-and-go kit for around $900. The OME’s three-inch lift does well for a budget-minded system. Guess you can say the same about the Stormtrooper 4Runner. 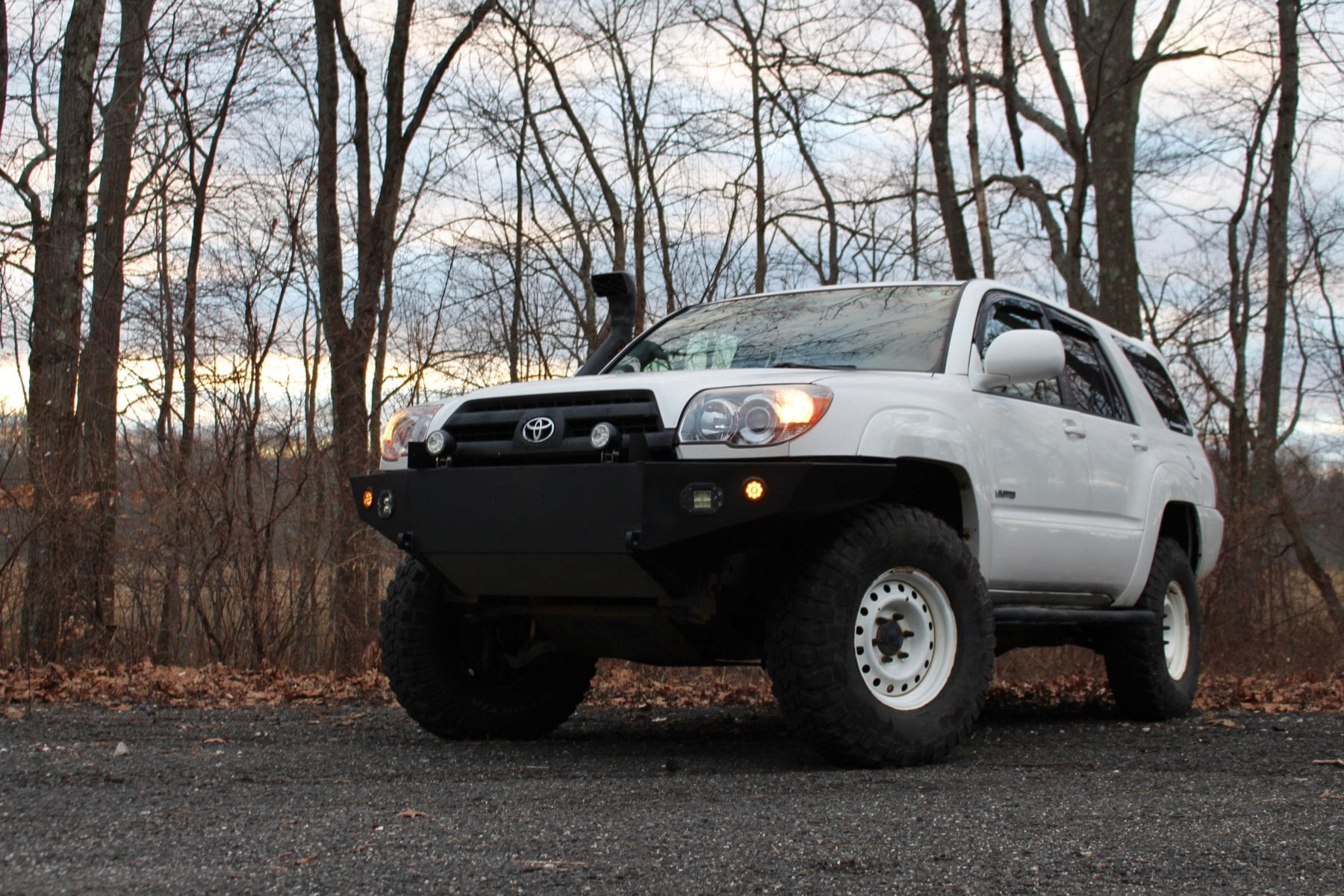 [Disclaimer: Old Man Emu provided a discount on the lift kit for the purpose of this review and shipped it at their expense. I paid for everything out of my own pocket, including labor for installation.]