The new 2020 Toyota Supra is here, and while it won my Supra vs. Z4 comparison, I have remained a bit conflicted about it overall. What exactly does a $50,000 Toyota sports car compete with these days? Before I ever drove it, I wrote about this quandary on another site. Basically, It’s too expensive to compare to a Miata or 86/BRZ, so is it aimed at the Cayman? The Corvette? One car that it most certainly will get cross-shopped with is BMWs current smallest M-car, the M2. Especially via the used car market. I recently had a chance to drive a Supra for the week and a friend tossed me the keys to his M2 to see what’s what. 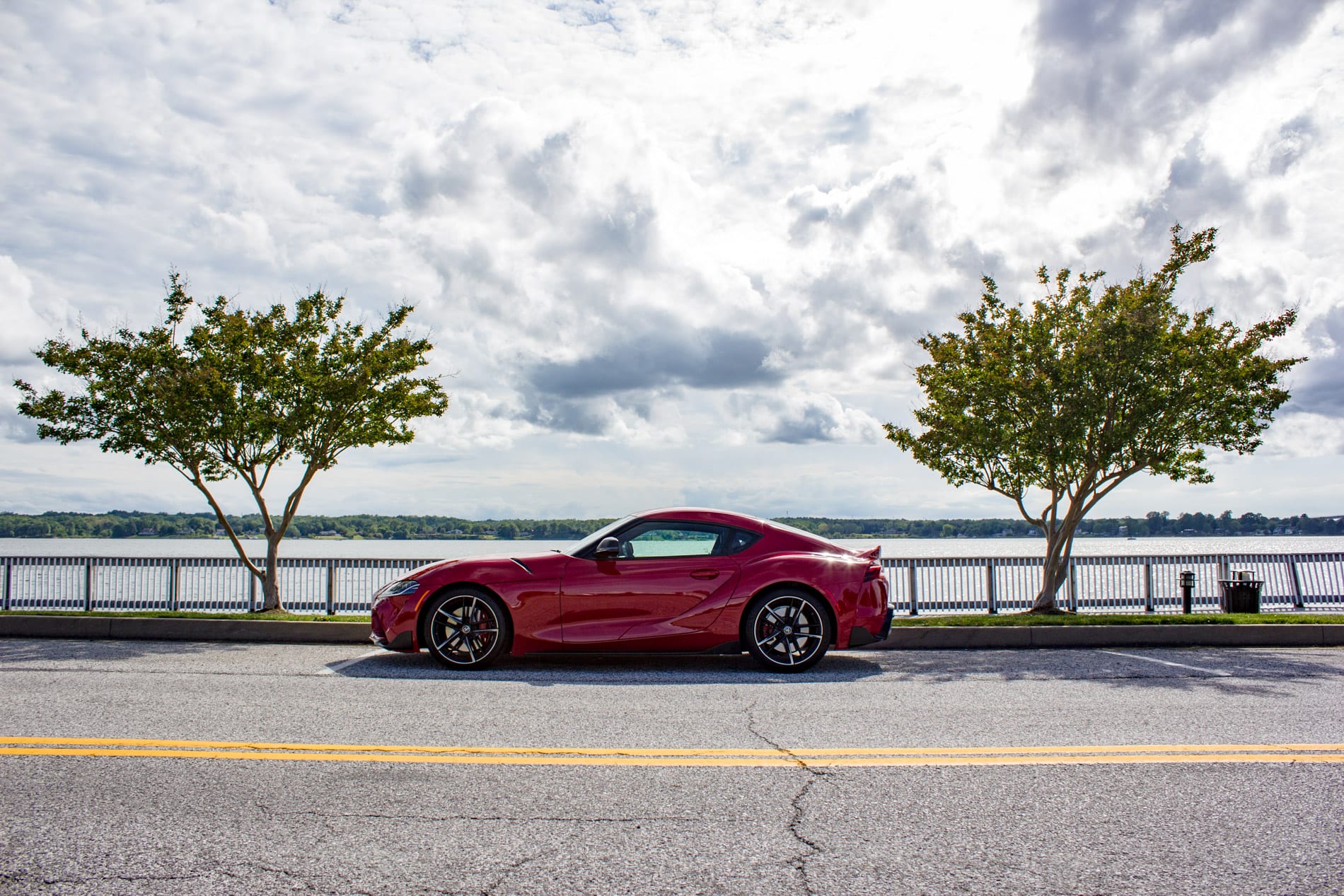 I won’t spend too many words telling you what the Supra is, and more on how it drives alongside the M2. Again take a look at my last comparison to see all the trim levels and such for Toyota’s new sports car. Basically, all new Supras come with a 3.0L twin-scroll single turbo inline 6-cylinder engine with 335 hp and 365 lb-ft of torque. Curb weight is around 3,397 lbs. Pricing for the base GR Supra 3.0 is $49,990, with the 3.0 Premium starting at $53,990, and the Launch Edition at $55,250. 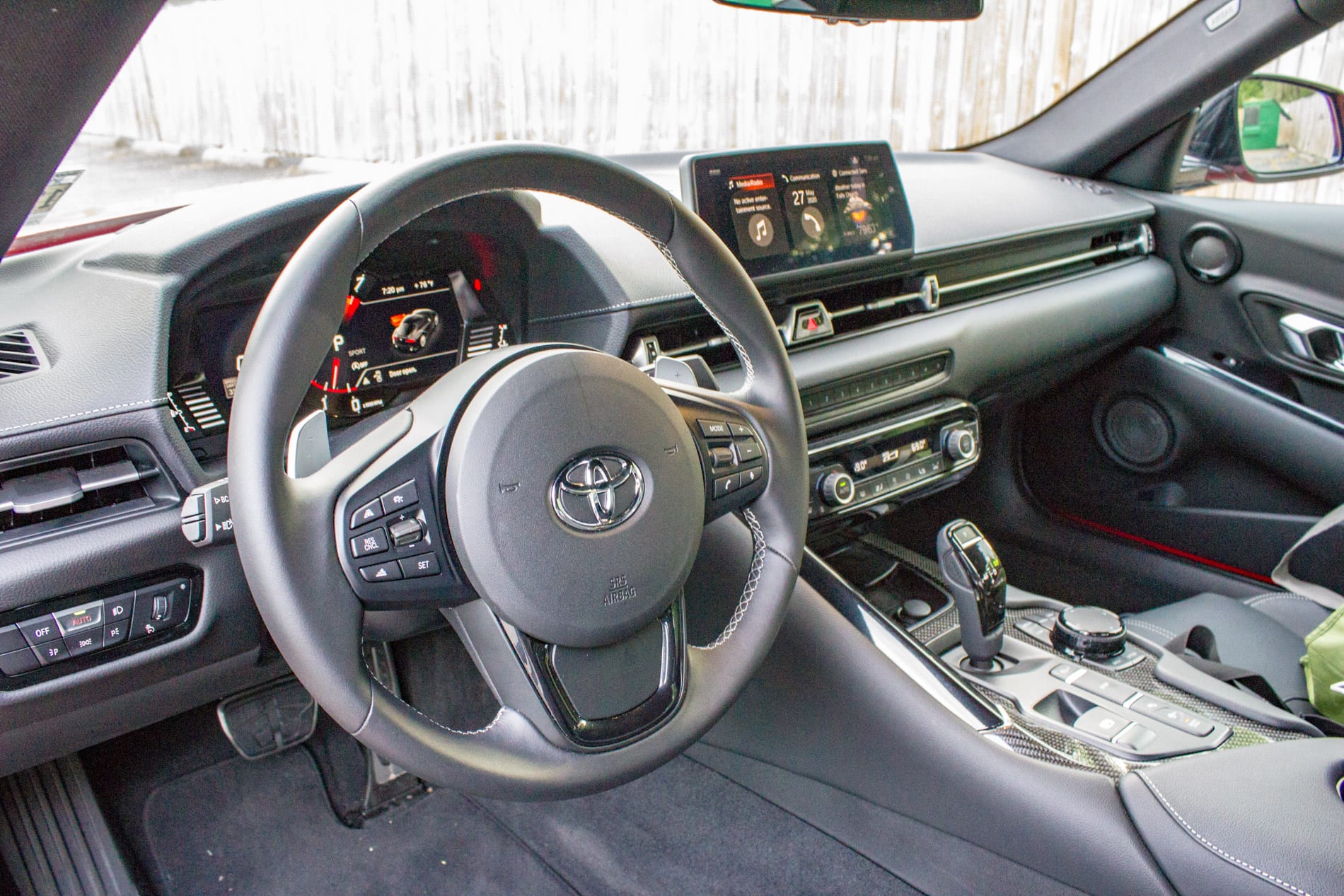 My test car for the week was a Renaissance Red 3.0 Premium with the Driver Assist Package and some mats, bringing the total to $56,220 including delivery, processing, and handling (don’t pay that). Here, check it out: 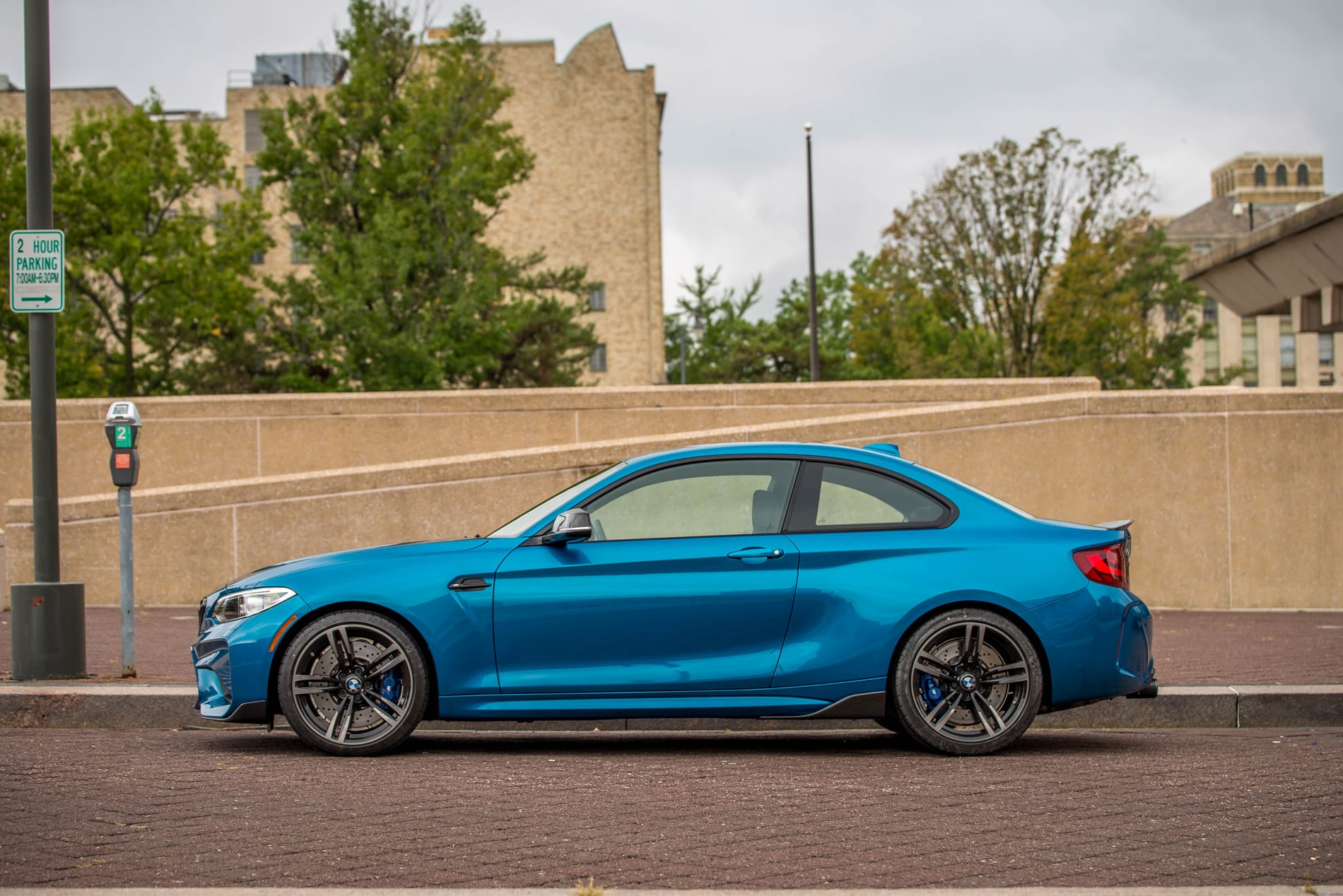 The BMW M2 was unveiled at the North American International Auto Show in January 2016. I was there for the debut and spent some time chatting with the designer, Hussein Al-Attar. The M2 was an indirect, or spiritual if you will, successor to the fantastic BMW 1 Series M Coupé. Based on the existing 2-series, the M2 (called the “M2 Competition since 2019) was immediately beloved by the automotive press. It was seen as more responsive and fun than the M4, plus it undercut the larger 2-door M-car’s price by at least ten grand.

The 2016 N55 M2, which was the model year car we ran against the Supra, also has a turbocharged 3.0L inline-six-cylinder engine that produces 365 hp and 343 lb-ft of torque. Weighing in at 3,450 lbs it’s not a lightweight, and clocks in at slightly more than the Supra. More specifically, the car pictured above is a 2016 BMW M2 DCT Executive package car in Long Beach Blue. 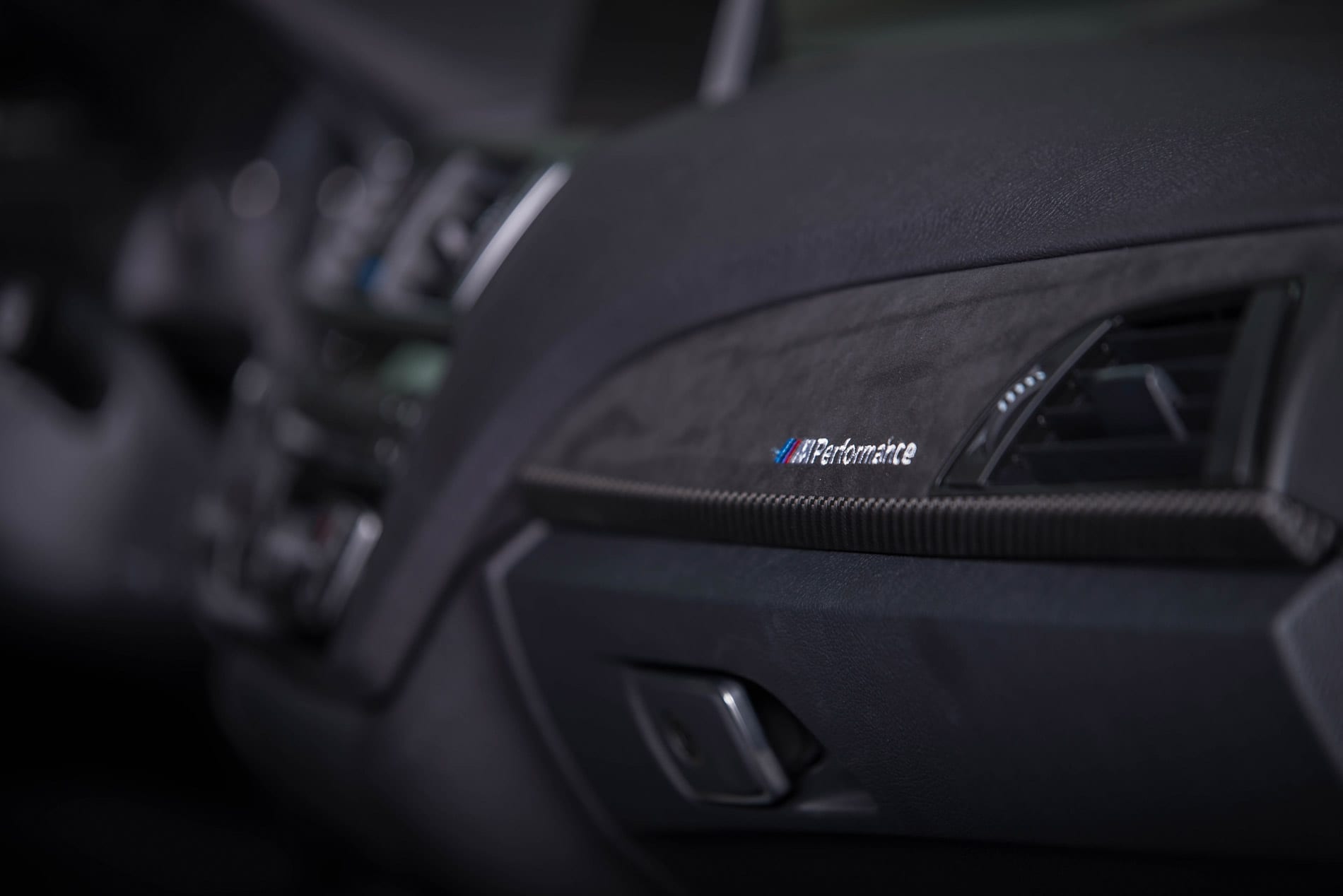 So, you’ll note that some pics have the original M2 wheels, and others have the M4 wheels. Of note, the owner of the M2 also has a badass M4 GTS. 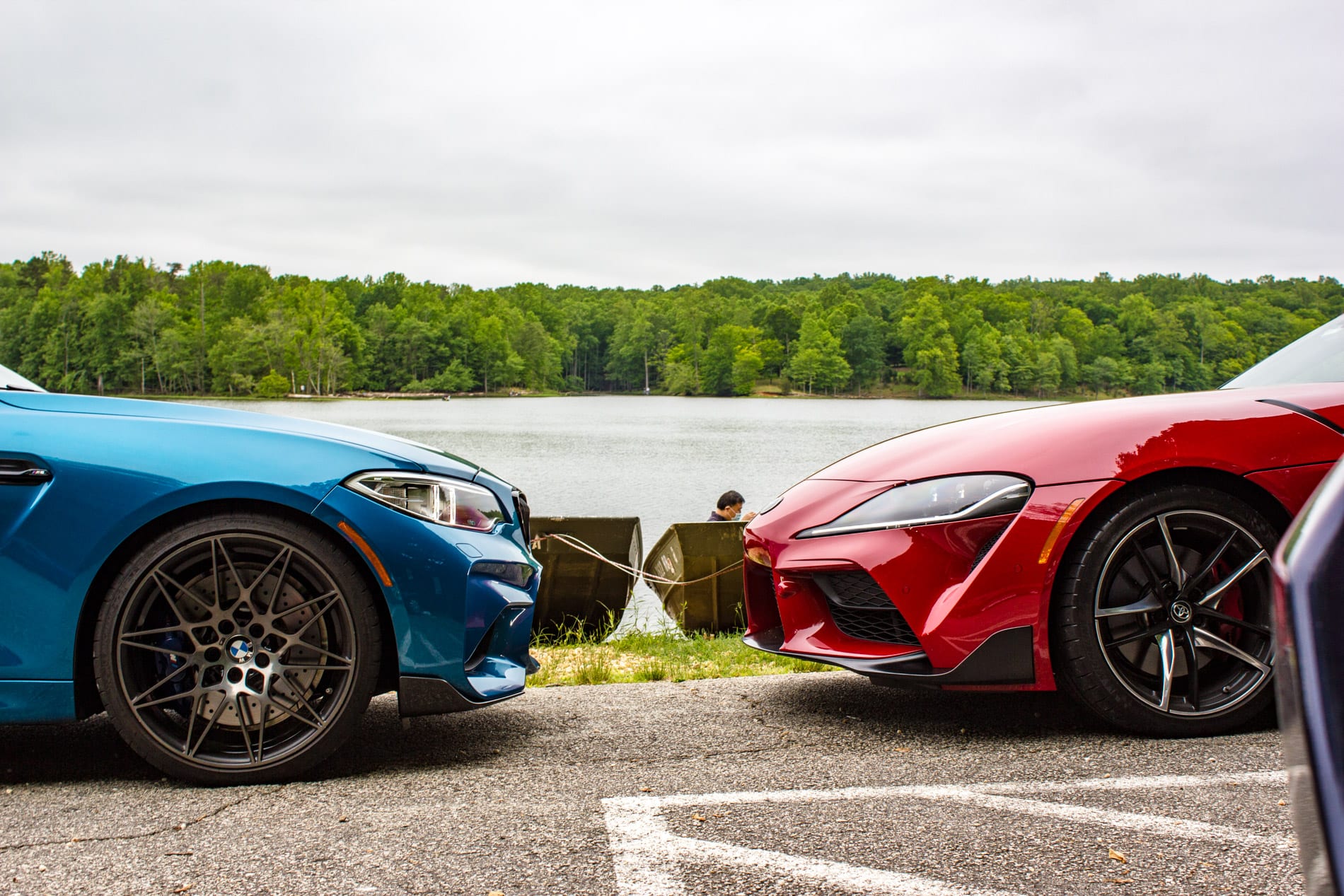 On paper, this definitely makes for a pretty solid comparison. The Supra is down on horsepower, but has more torque and is a bit lighter. Let’s see which is quickest through the bends and in a series of straight line runs. 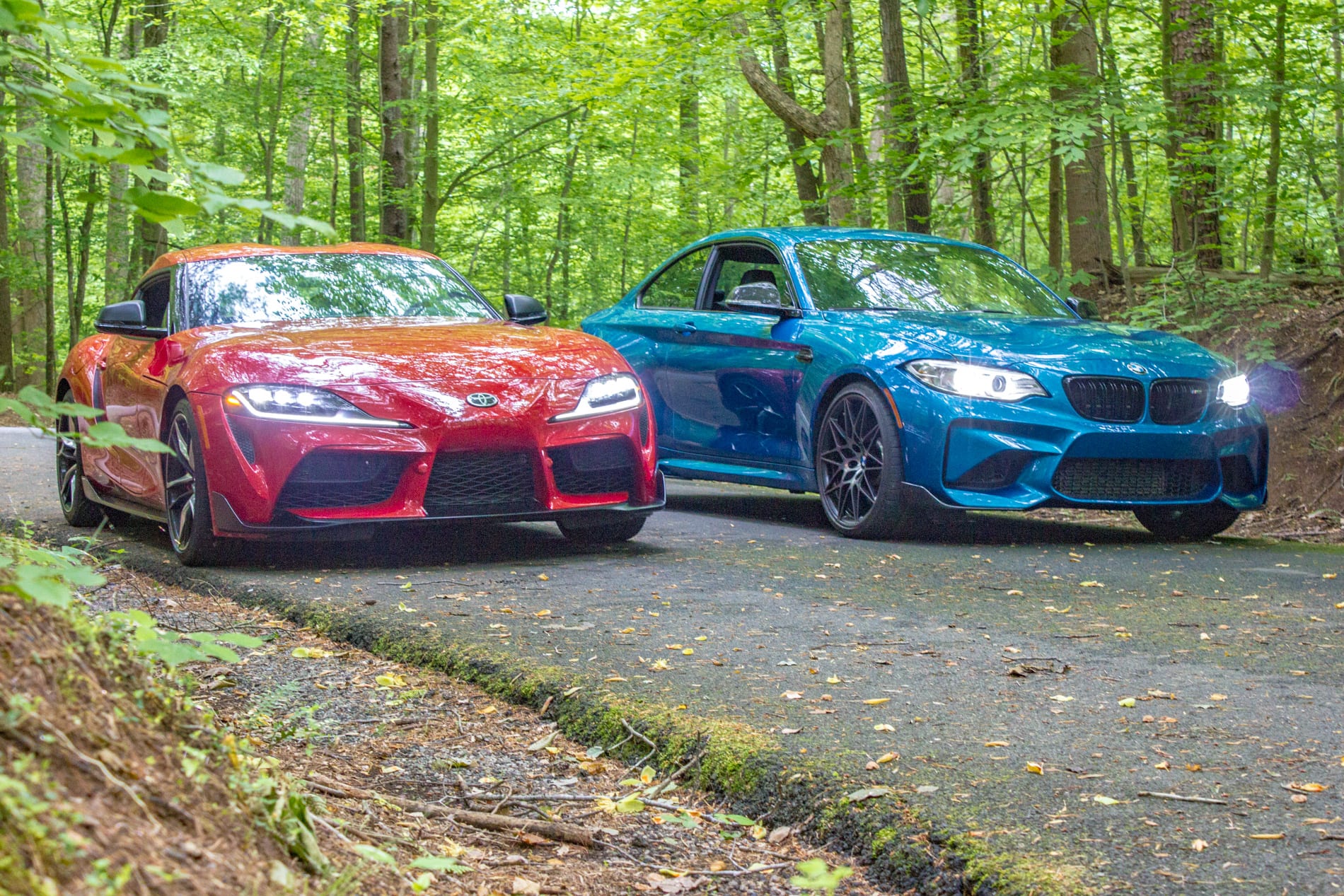 Our test route was a well-known set of twisties in Lorton, Virginia. This was my first time on this road, but the M2 owner has definitely found a fun back road run. We saw a series of other performance cars out stretching their socially-distanced legs. I drove the Supra and followed the M2 through the windy roads that feature a ton of tricky elevation changes. Then I hopped into the M2 and repeated the same route. So I will intertwine my impressions of each car through the twisty bits. 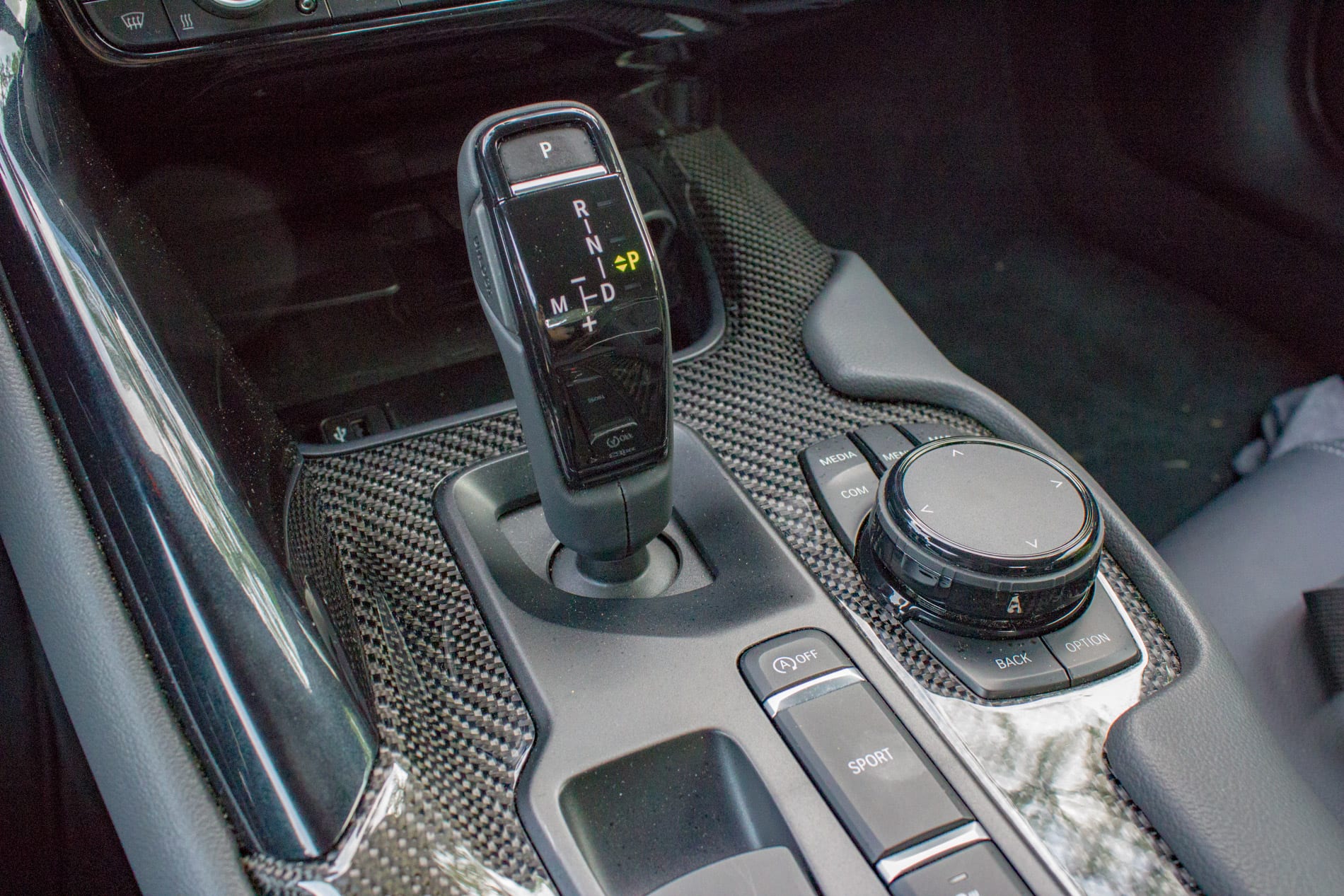 The Supra isn’t one of those cars with a massive amount of settings. In fact, there’s just one really – Sport. Push the button and the system immediately (and mercifully) disables the start-stop feature and allows the exhaust to open up and do the fun pop-pop bang sounds. From there, you just decide if you want to manually shift, or let the eight-speed automatic do it for you. For those still pining for a manual, I totally get it. But the Supra shifts fast and reliably, likely faster than you. I’m sure that is part of the reason that the 2021 Supra retained the same transmission. Plus people aren’t buying manuals, sadly.

In the M2, it’s a bit more complicated. The seven-speed automated manual transmission (DCT) is a bit more adjustable, and thus a bit more complex, from a settings perspective. In Sport Mode the dual-clutch shifts fast, but much harder than the Supra. It is definitely jarring at first, but then starts to feel a bit race-car’ish. Undoubtedly the DCT shifts are quicker than those in the single clutch Supra, but the smoothness and speed of the Supra’s 8-speed is very impressive. In hard driving through the curvy roads, I was never let down by either of the transmissions, but I kept both in manual mode. 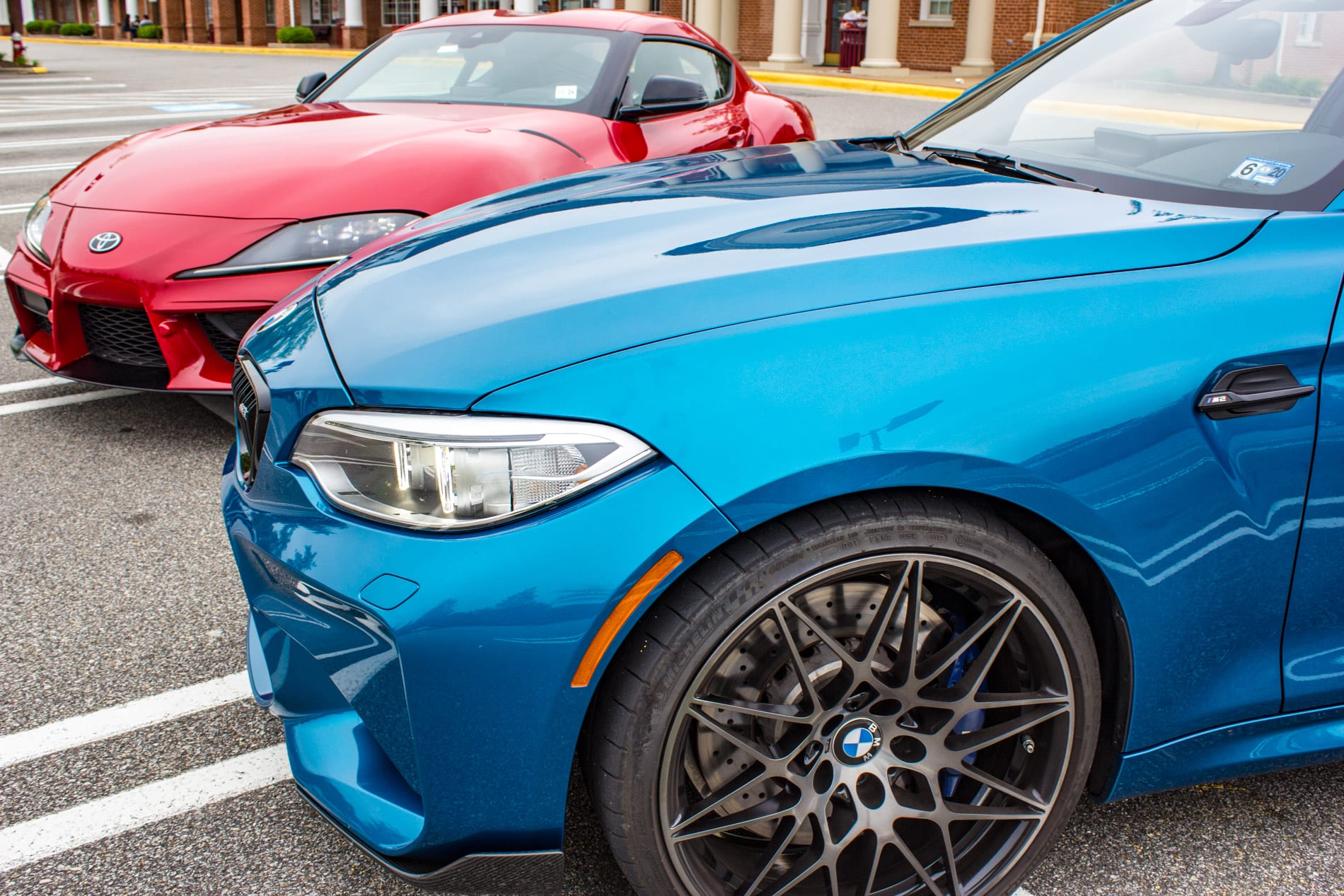 From a pure handling perspective, my impressions from the previous comparison carried over in spades. The Supra is massively competent in the bends; while it may be a BMW underneath, the Toyota engineers fiddled with it in just the right ways. The Supra errs on oversteer but with traction control left in the on position, it stays planted and boosts out of the corner with confidence. In some BMW systems, like the one in the Z4 from the previous comparo, the system steps in hard and curtails the fun. The M2 was markedly better in that area, likely due to the full M treatment. It felt capable, if a bit more skittish in Sport mode, especially with sudden elevation and camber changes. I imagine that more seat time would result in more confidence, I’d love to try it out on the track.

The Supra gets my vote through the bends, but that doesn’t mean the M2 wasn’t massively fun.

The area we drove the cars was book-ended by a series of wide, straight, dual lane carriageways. Thanks to COVID, our early Saturday morning was even more absent of other drivers. That let us stretch the Supra and M2 out and see which was quicker in a straight line. We attempted three different runs:

Each time was shut down before we violated posted speed limits, but they were quite interesting. From the stoplight, the Supra got off to a quick lead and held a car length lead until we backed off the throttle. Departing at 2nd gear was problematic for the Supra unless we left quickly. The system wants to shift back to “D” if you leave it in a low gear too long. That may have resulted in the Supra’s only loss, the M2 pulled away from a roll in 2nd and stayed ahead. Finally, the Supra managed to stay in 3rd long enough to jump out to a quick lead on the m2 and stayed ahead. 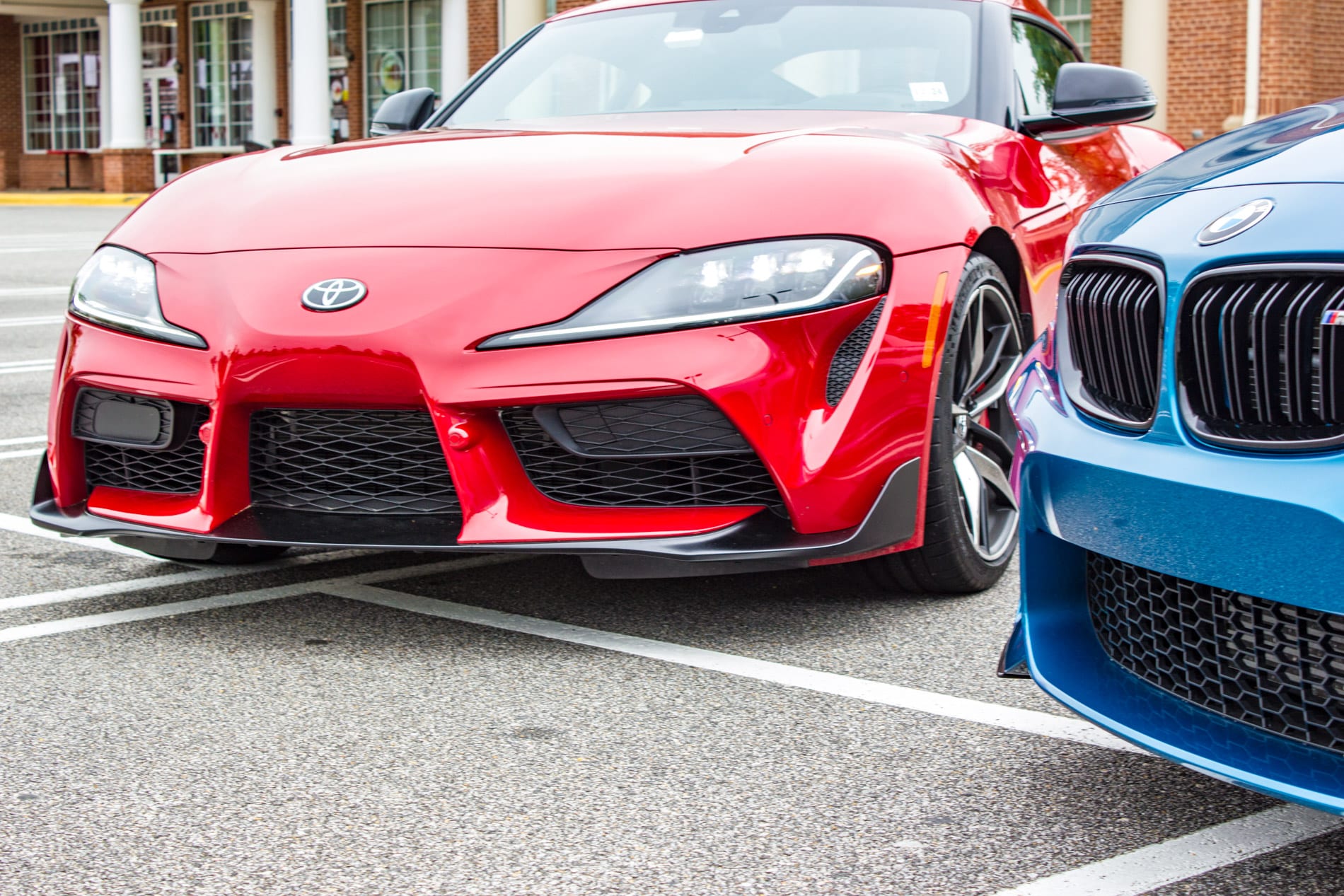 So, which is better? If I am spending my own money, the Supra gets my vote. Perhaps the paparazzi attention getting looks will fade into normalcy, but the extrovert in me loved driving it for the week. It feels much more special than the M2. I had people yell “love the Supra!” in parking lots and people took pictures way more often than a $50K car usually deserves. The wide haunches and massively wide fenders are fantastic, while the looks may be polarizing for some, there are few exterior elements I don’t like about the Supra. The M2 on the other hand is an attractive coupe that “car people” will notice and appreciate. That’s about it. Well, it also has a back seat, more on that in a moment.

A new BMW M2 Competition starts at $58,900, which is quite a bit more than the $49,990 starting price for the Supra. I started building a new 2020 M2 online and immediately ended up well into the $60K+ realm without really trying (or adding all the carbon fiber stuff). While building a new Supra, I basically ended up with the car that Toyota loaned me, ringing in around $55,500 without delivery, etc. That would theoretically leave some cash on hand to spend in the aftermarket where there has already been some impressive stuff out there. Even Toyota’s Heritage Edition is pretty amazing and brings some MKIV flavor back into things.

Of course, your need for a back seat may make it a moot point. In the end, I still go with the Supra; but three kids, I’ll admit that I would really have to justify the purchase for a “fun car” that isn’t going to help shuttle anyone anywhere. That doesn’t make the 2020 Supra any less awesome, I look forward to see where they go with it over the next few years. 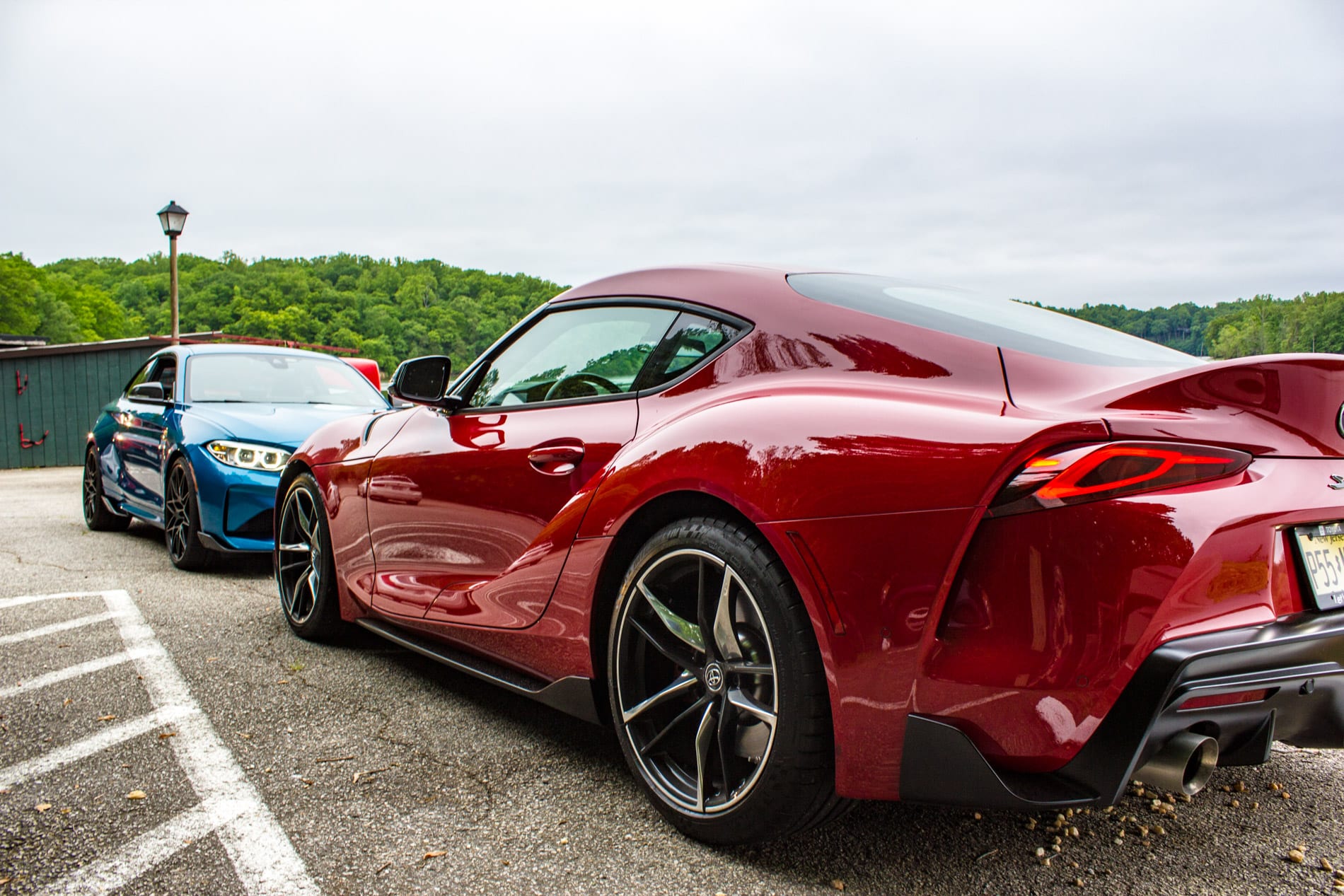 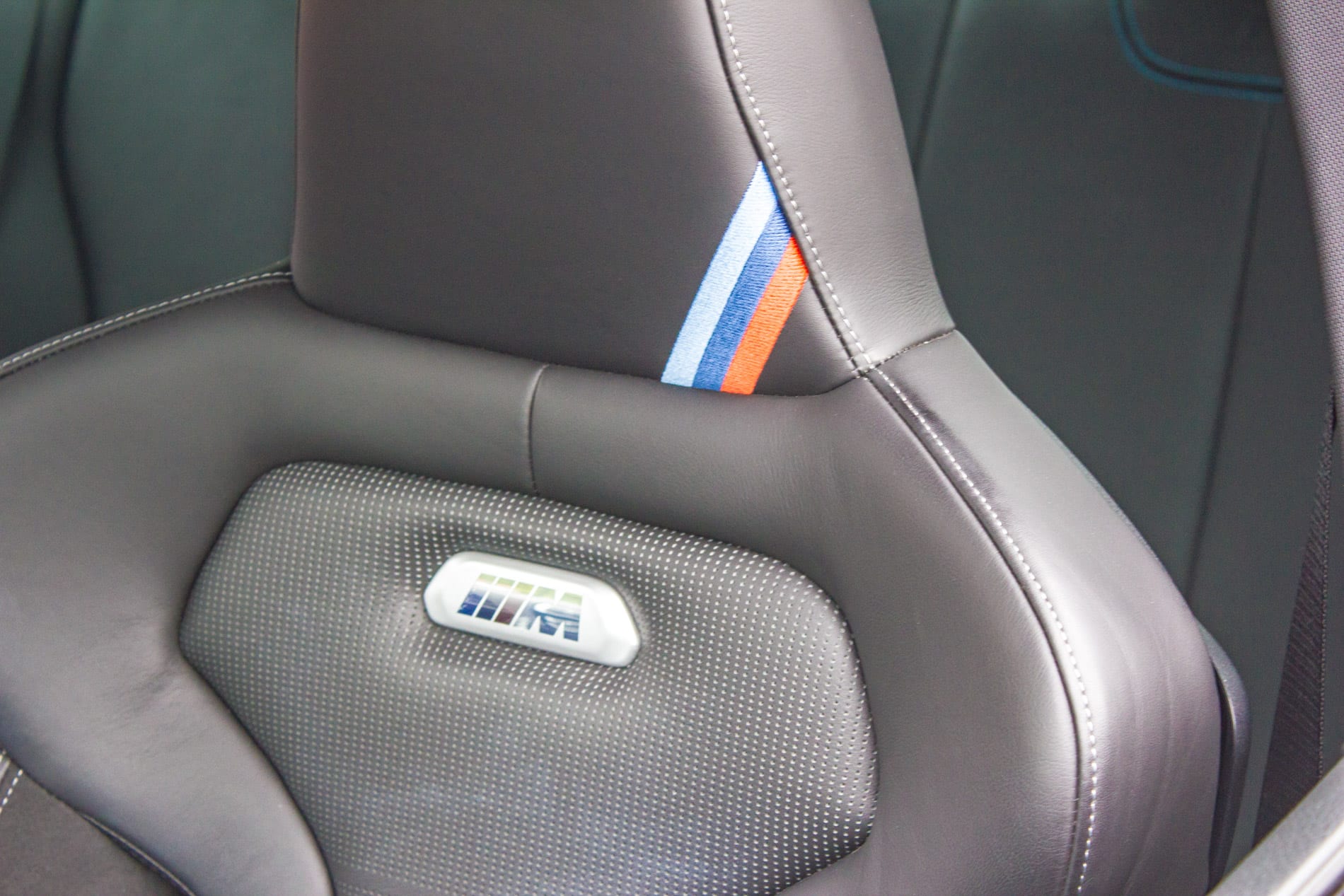 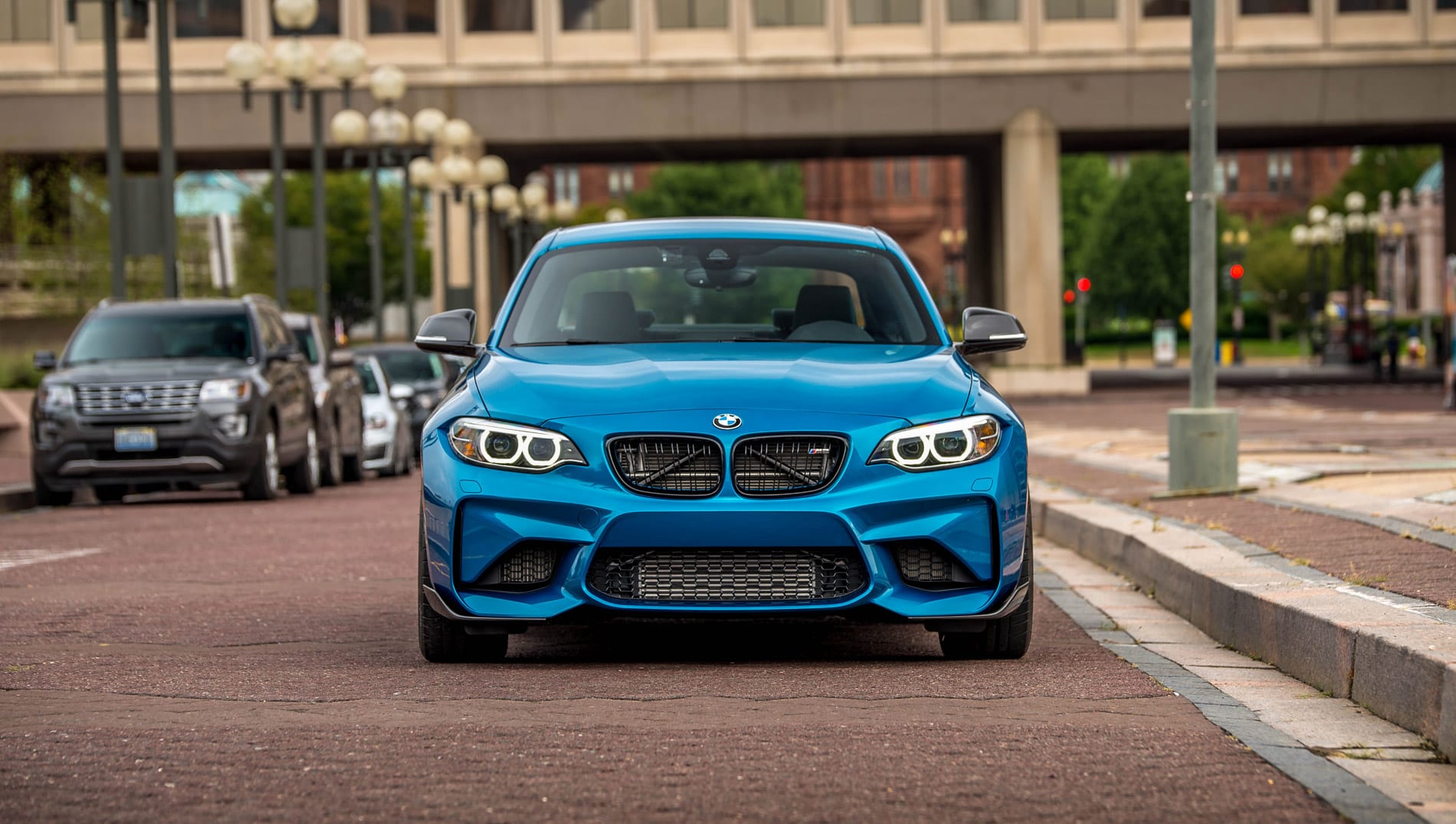 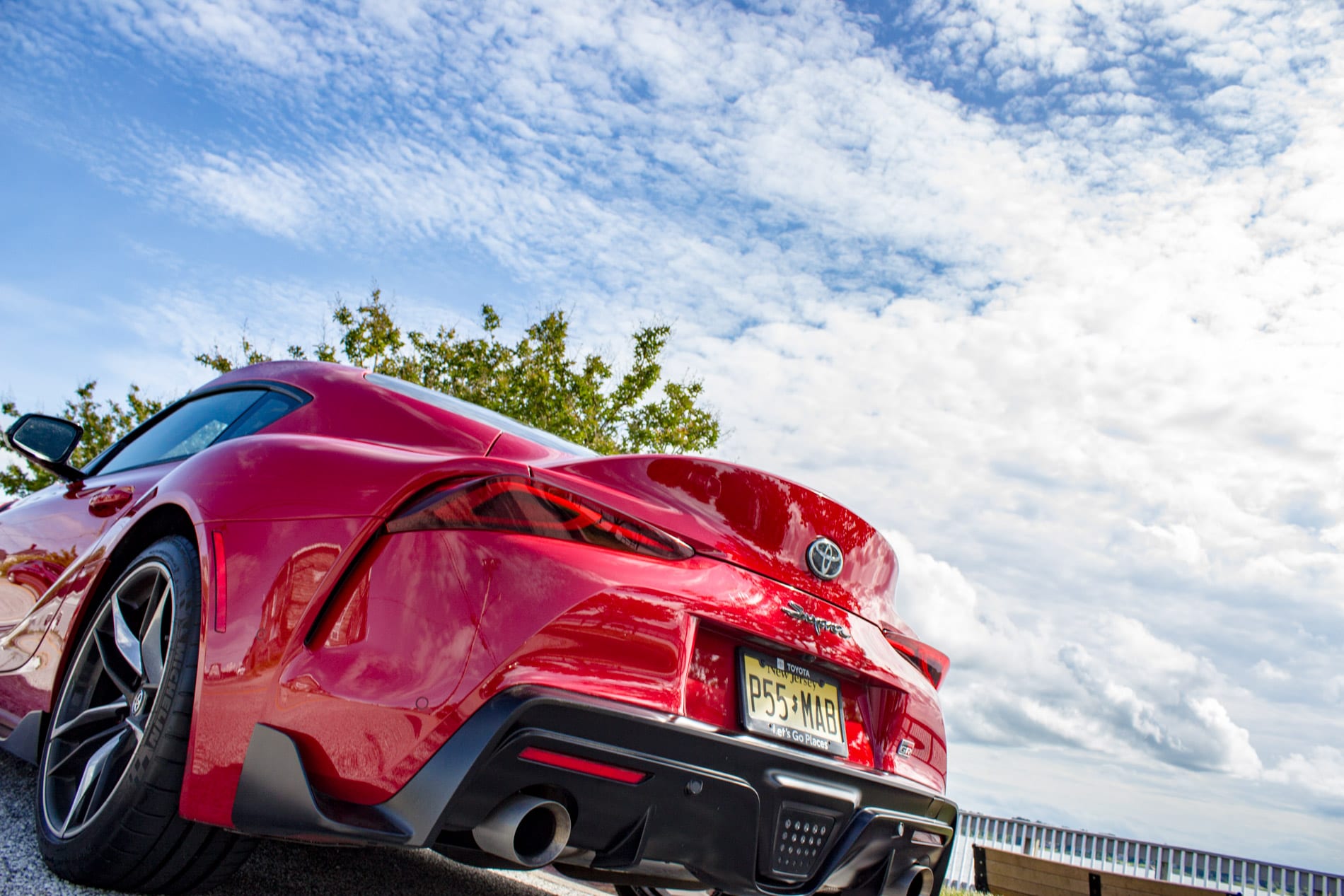 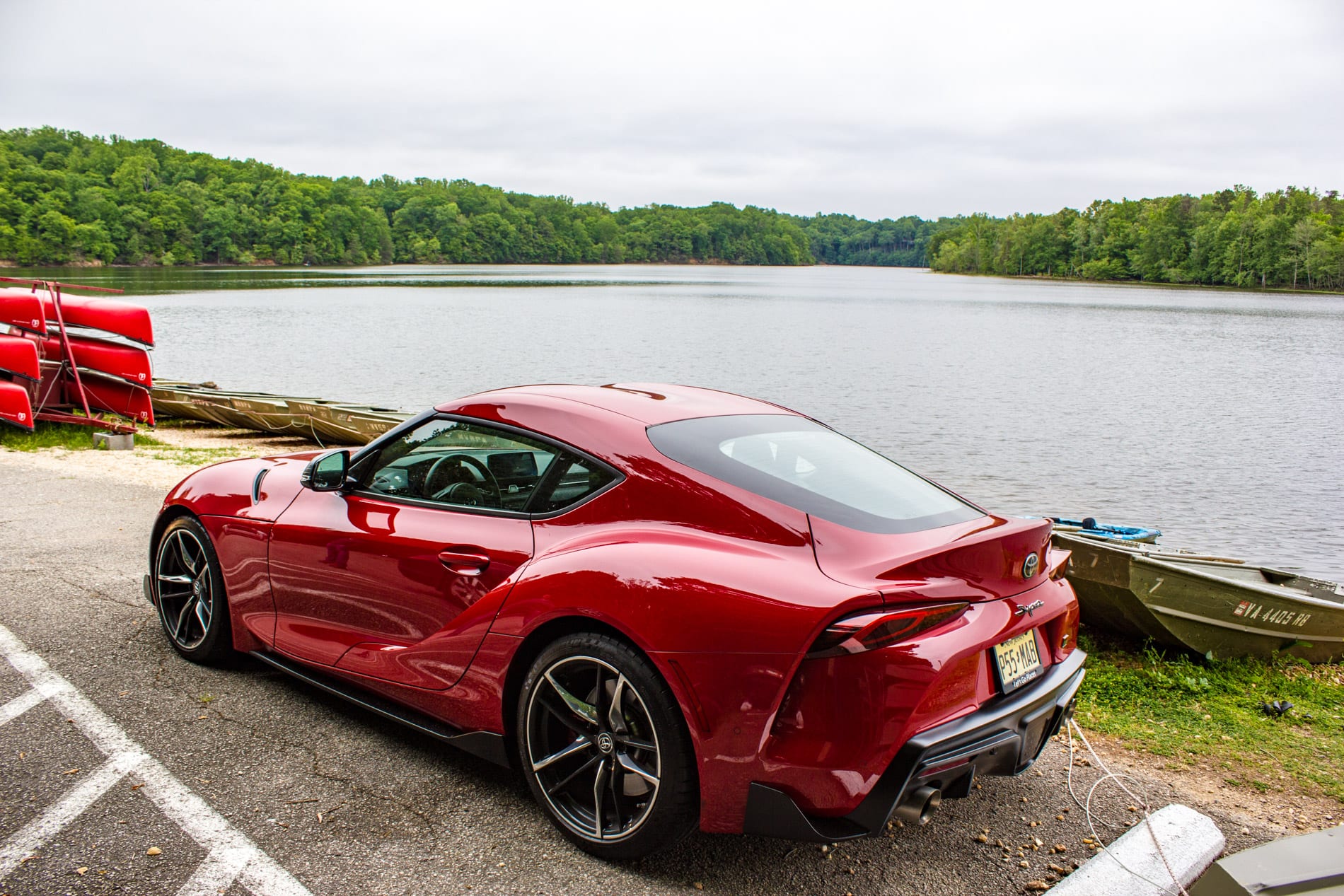 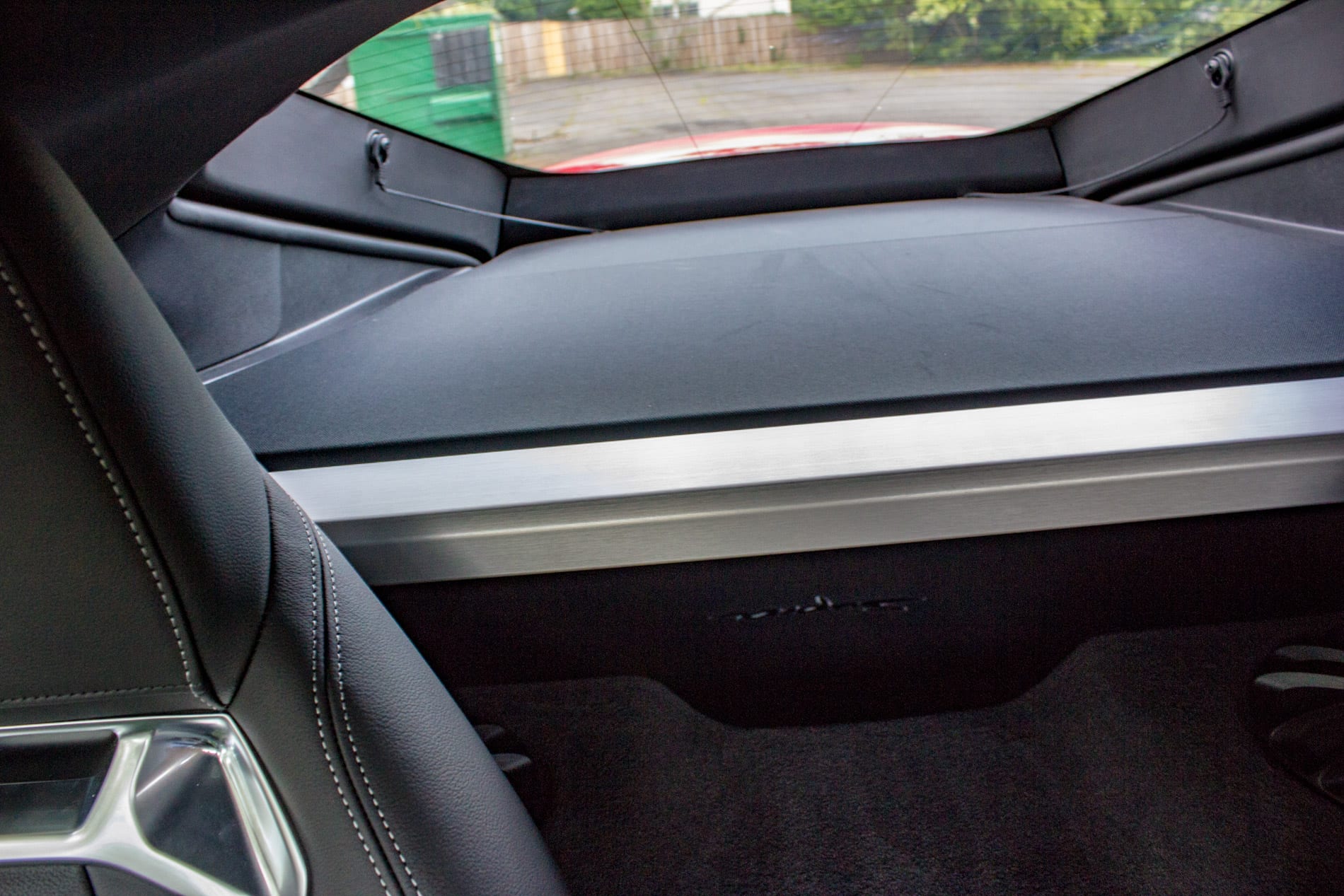 Disclaimer: Toyota provided the Supra for the purpose of this review. All images copyright William Byrd/Hooniverse 2020 except where otherwise noted.