Kevin Clarke has built himself one hell of a Mercedes-Benz. No, it’s not a super clean 600. This isn’t a stunning stock Pagoda R107. It’s most certainly not a modern Mercedes. Instead, this is a W108 250S… gasser. And it’s fucking glorious. 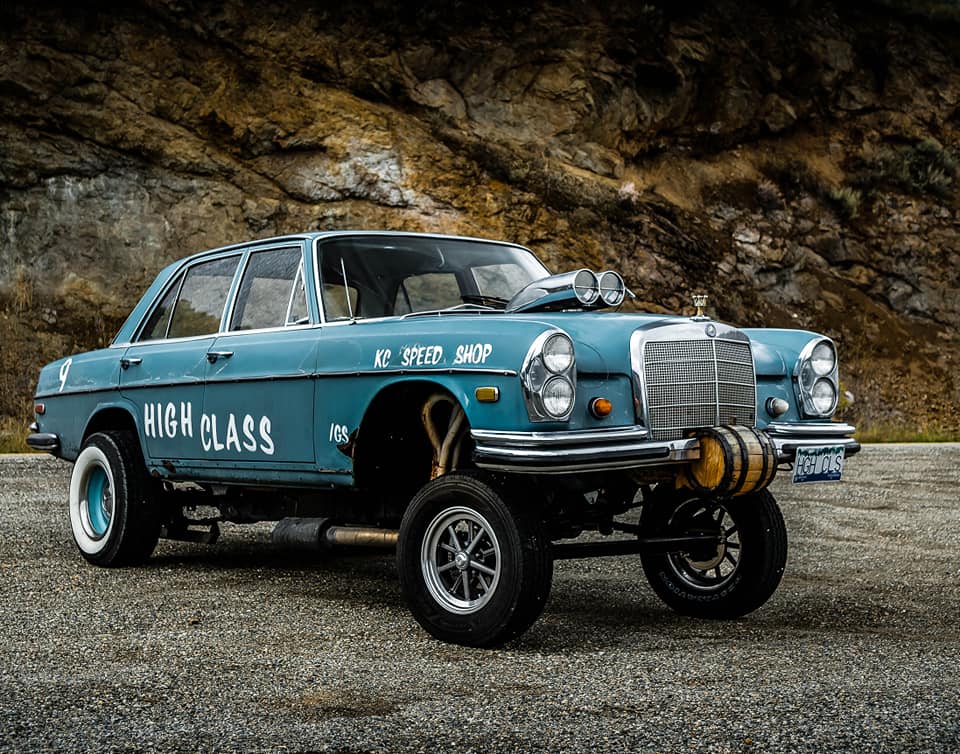 The body is clearly a vintage Benz. It’s an early S-Class, before they were called the S-Class and this one is a 1968 250S. Underneath, however, the car rides on the chassis from a 1994 Chevy S-10 pickup. The engine is massive. The blower is poking out of the hood. The style is Teutonic terror meets glorious American gasser. 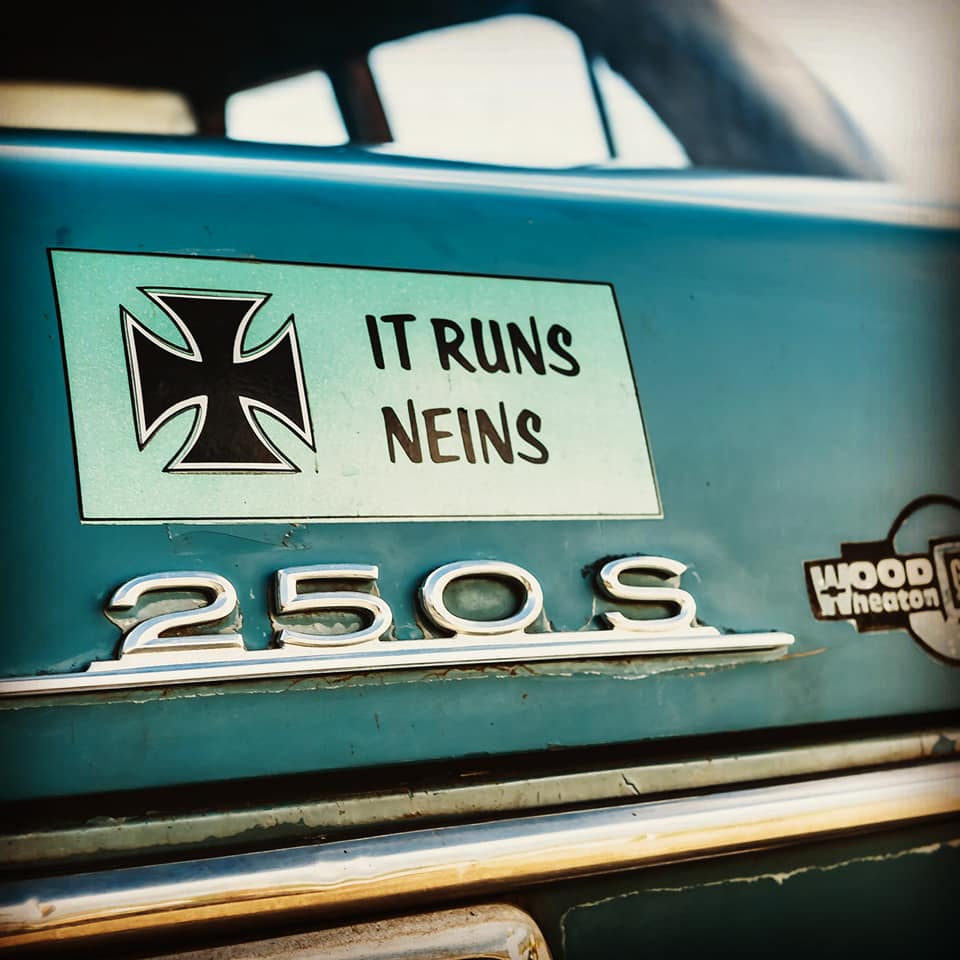 The build is cool for that sticker alone.

Kevin is apparently still putting in work on this one. It’s a continual work in progress, and we plan to pay attention. You can too, by following Kevin at his Instagram page. There are a ton more photos over there.

I’ve reached out to Kevin to learn more about the car. If he responds, I’ll update this post with more information. Stay tuned.

UPDATE: Kevin got back to me with a little bit more information. The engine is a Chevy small block 395 hooked up to a Turbo 350 trans. Out back is a Ford 8.8-inch rear end from an Explorer and there’s a straight axle from Speedway motors. A number of parts were scavenged from Kevin’s 1973 Camaro.

It started life as just a name but unfortunately turned into a memorial build. I managed to keep costs down with a bunch of help from my friends, stuff lying around my garage, and scavenging pretty much everything out of my 73 Camaro to get it finished in seven months. I also daily it as much as I can in the summer time.

He dailies as much as he can… Folks, this entire project is a major win. This is your early candidate for Hooniverse Car of the Year. Don’t you forget that I said it.

[Pics taken from Keven’s IG page–linked above, some snapped by The TurboVault]