Welcome to the Hooniverse News! As always, this is a weekly recap of the biggest stories in the automotive industry without the fluff or bull. This week: the mighty Mach 1 returns, Lexus shows off attractive “new” IS, the Ford Bronco will no longer be revealed on OJ’s birthday, and other Ford debuts planned, plus your automotive news for the week. 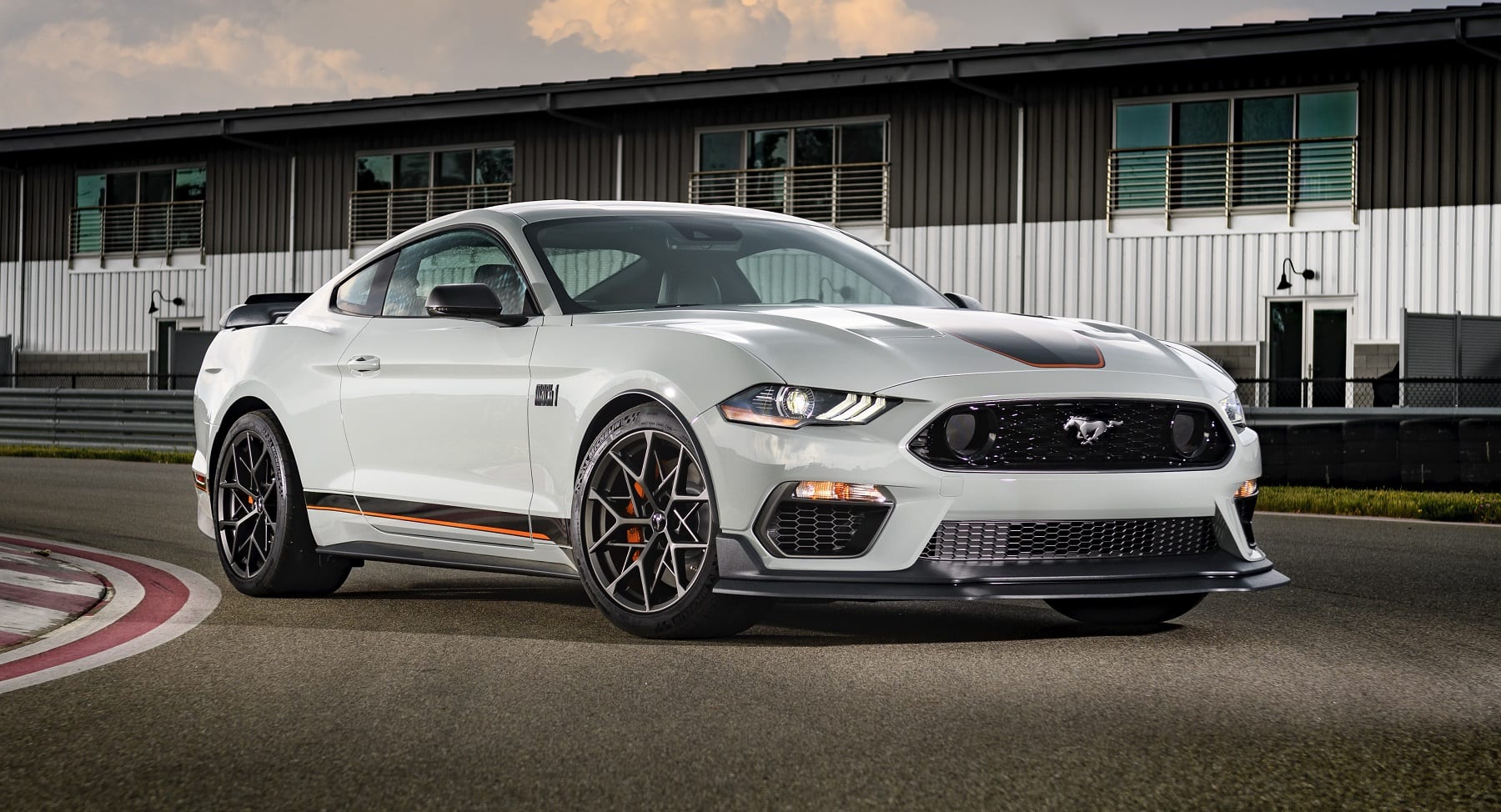 Ford is bringing back a name that hasn’t been seen in 17 years but is one every muscle car enthusiast knows. Born during the height of the original muscle car war, the Mach 1 was one of six performance Mustangs available and the most popular. It was inspired by Chuck Yeager and went on to break 295 speed and endurance records at Bonneville. It was more than a straight line missile though – it too featured handling upgrades that made it very popular in SCCA. It became a standout in an era of extremely stiff competition.

Fast forward to 2020 and it’s a bit of a rare breed now. Also the world is on fire. For the 2021 model year, your only options for a factory performance Mustang are the GT with either Performance Package Level 1 or Level 2, the GT500, and now this. With the GT350 ending its reign as the best apex hunter of the group, it’s up to the Mach 1 to fill that void now. Here’s how it plans to do that.

More power and a better transmission 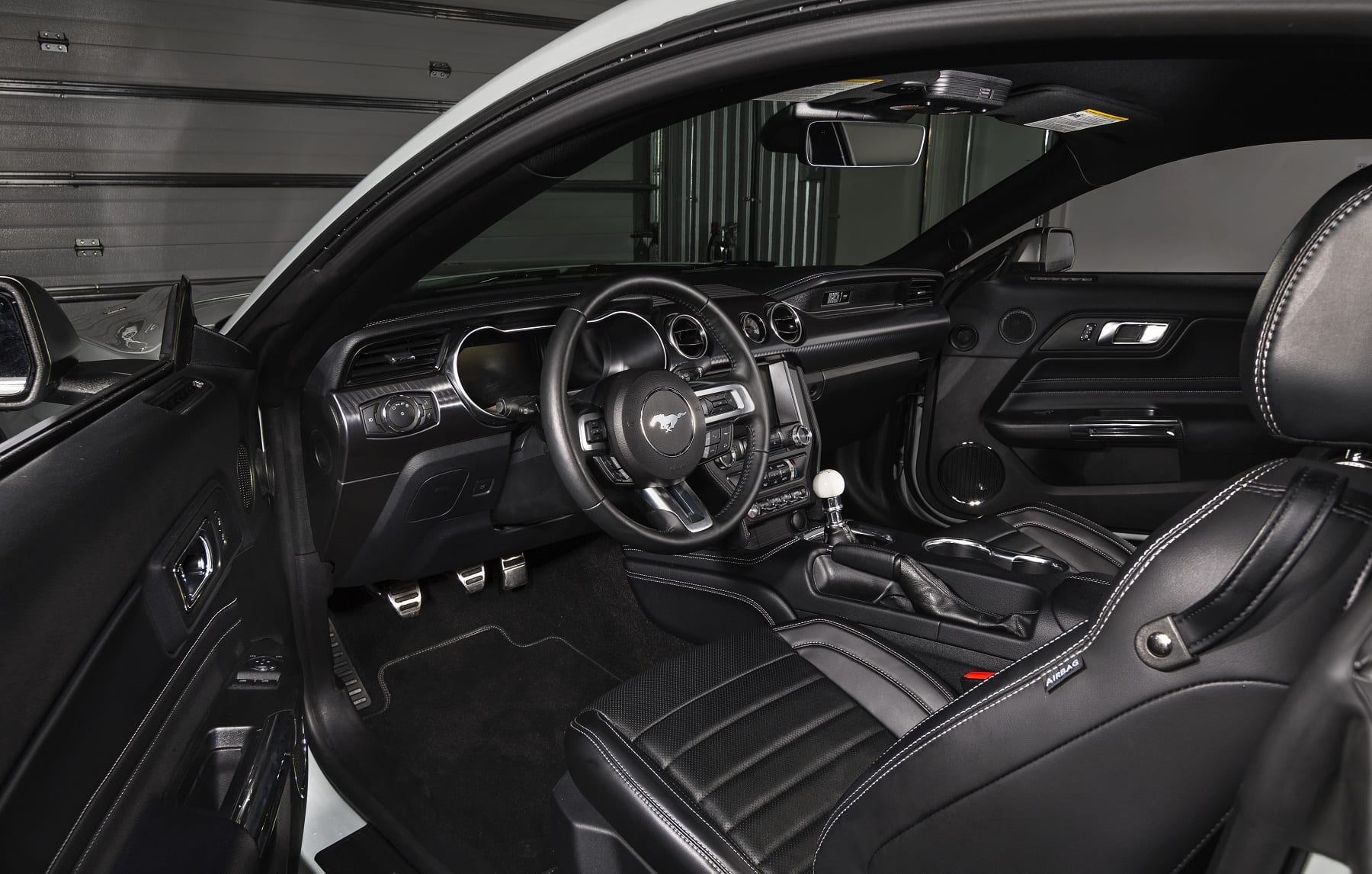 It’s not entirely unpredictable in its method but it’s logical. Ford is building on the many strengths of the GT Performance Package Level 2 and fixing what needs fixing. They also add some horsepower, which is nice. It features the latest and greatest 5.0-liter Coyote V8 with some performance parts from the Bullitt (which are now available from Ford Performance). That means 480 horsepower and 420 lb.-ft. of torque is available to play with. This time you have a choice of transmissions as well – either the quick 10-speed automatic with unique calibrations and an upgraded torque converter or a Tremec 3160 six-speed manual borrowed from the GT350. That Tremec is probably the single biggest improvement Ford has made here. It features rev-matching, the standard GT’s twin-disc clutch, and short-throw shifter.

But another absolutely crucial upgrade the Mach 1 receives is cooling. The Performance Package Level 2 was advertised as an enthusiast’s car capable of impressive track day performance – which it is. But they seriously underestimated the need for cooling with it. The rear axle and transmission is known to overheat quickly under extreme driving conditions – also known as driving at a track day. It’s worth noting I haven’t experienced that personally but I probably just drive like a pansy.

Anyways, the Mach 1 gets a transmission oil cooler system from the GT350 on the Tremec, a new engine cooler, and a rear axle cooling system. The engine and trans coolers are fed from two side heat exchangers. And in a first for any factory Mustang, it features a larger underbelly pan with underwing features to increase downforce and direct more air towards the brakes for cooling. All of this means it will finally be able to use all of its performance on track without the fear of overheating during a normal HPDE session.

Though the original Mach 1 could have been seen more often at the drag strip, this Mach 1 is perfectly at home on a road course. The changes to the body are all for aerodynamics and it has some serious hardware underneath to keep it planted. It can be further upgraded with the Handling Package which adds a larger front splitter, front wheel lip moldings, a larger rear spoiler with a Gurney flap, and rear tire spats from the GT500. That package is only available on the manual cars.

But no matter what spec you get your Mach 1 in, it’s riding on the best of what Ford has to offer. MagneRide suspension with a unique calibration is standard as is a stiffer steering I-shaft, new EPAS calibration, stiffer sway bars and front springs, a rear subframe with stiffer bushings, the GT500’s rear toe-link, the PP2’s brake booster (which is so sensitive you can come to a complete stop with your little toe), and Michelin PS4S tires. Wheel/tire sizing differs between the standard Mach 1 and the Mach 1 with the Handling Package. 19×9.5 front, 19×10 rear is standard while 19×10.5 and 19×11 is optional. The latter wheel size setup likely means the same 305/30/R19 tires on all four corners as has been offered on the GT350R and GT PP2. The same Michelin Cup 2s found on both those cars look to be the tire of choice for this package as well.

The part where I give my opinion 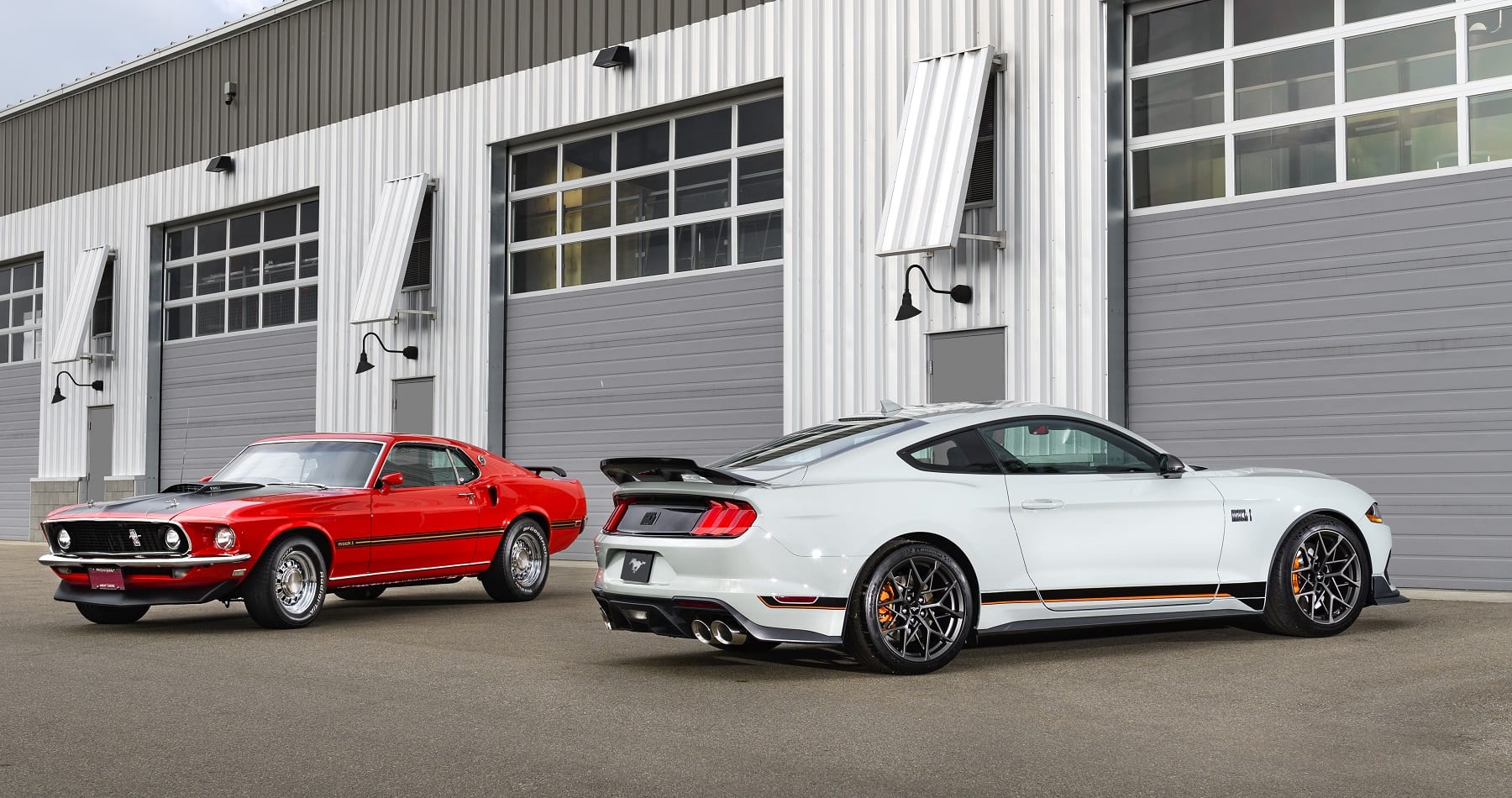 As an owner of a Mustang GT PP2 that tracks it, this car is exactly what I was hoping it would be. It fixes a lot of the problems enthusiasts have been drawing attention to and does so without looking like a cheap retro throwback for the Barrett-Jackson crowd. Hop on any Mustang or HPDE forum and you’ll see a theme among people who track their Mustangs – the transmission sucks and the cooling sucks. The MT82 six-speed is often cited as the biggest weak point in any Mustang, which seems more suited for leisurely highway cruising than any kind of spirited driving. “Just give it the Tremec” is sort of a rallying cry and Ford is finally doing it. It’s a shame it’s only coming to the Mach 1. Meanwhile, cooling is the Achilles’s heel for those going on track with it and Ford seems to have addressed that too. Again, it’s a shame that the rest of the Mustang GTs – at least the ones with Performance Package 1 and 2 – don’t have it already.

It would have been hard for me to pass this up had it been thing back when I was buying. But now that I’ve had my PP2 for almost 2 years and fixed some of the pressing issues with it already, the Mach 1 isn’t making me line up to upgrade. Everything that Ford fixed with the Mach 1 can be fixed on any other Mustang through the aftermarket. You can even buy the same engine upgrades in use here directly from Ford Performance. So if you’re looking at a new Mustang for track use, the Mach 1 is the answer. If it ends up being out of your budget (we don’t know pricing yet), buy a PP2 with some thicker oil and a Blowfish Racing shifter support bracket or a short-throw shifter. You won’t be disappointed.

Hey remember two weeks ago when we thought Lexus was debuting a new IS? Well… about that. Turns out it’s almost all the same car but with new exterior styling. Reality is often disappointing.

It’s a pretty extensive redesign though so you’d be forgiven for thinking everything else has been changed as well. The styling is immediately recognizable as Lexus and takes many elements from the newer cars in the lineup. There’s a new spindle grille with a three-dimensional, polyhedral structure flanked by new slender headlamps. Down the side of the car is a new rocker panel design which kicks up in the rear and has a sharper contour. The business end is made up of an extended and lowered rear deck with wider hips. And as we saw in the teaser, the taillights are new and span all the way across the back.

Interior updates consist of new trim pieces and new infotainment features like a new track pad at most. Otherwise it looks just like the current car. There’s also the mandatory safety feature enhancements but nothing groundbreaking or new to the brand. Even the powertrain offerings are unchanged with the same engines making the same power. The 2.0-liter turbocharged four-cylinder produces 241 horsepower which is still somewhat competitive, but the 3.5-liter V6 makes 311 horsepower, which would have been okay 5 years ago. Compared to 6-cylinder competitors like the Genesis G70 with 252 horsepower and the BMW M340i with 382 horsepower, it’s just not cutting it anymore. 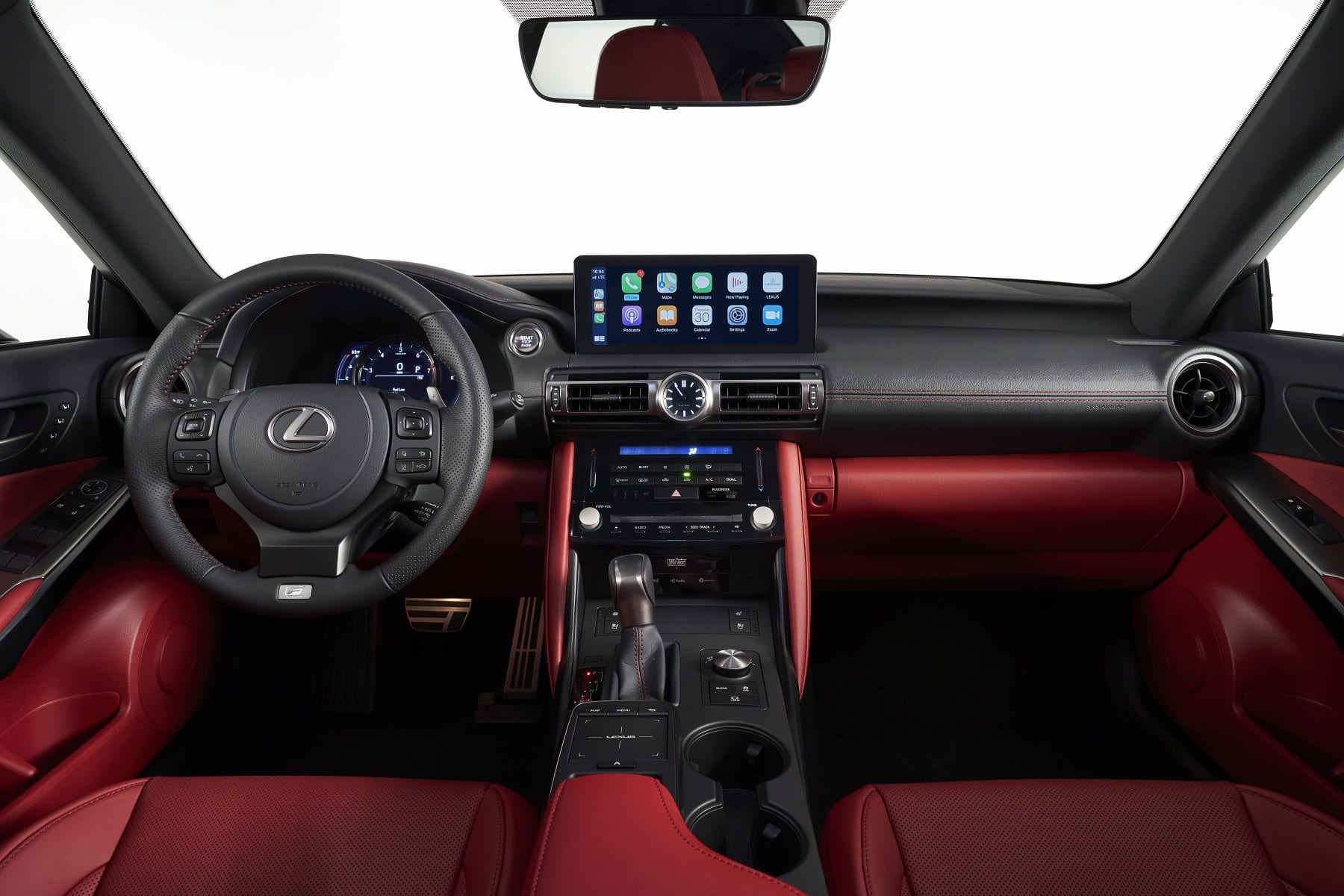 Lexus could have and should have done a little more with this one. I actually really like the styling they’ve gone with and don’t even mind the slightly dated interior, but the old engines is what would turn me off the most if I was looking in that segment. Still, it’s a Lexus and will therefore last forever. Pricing wasn’t revealed. It launches this fall. 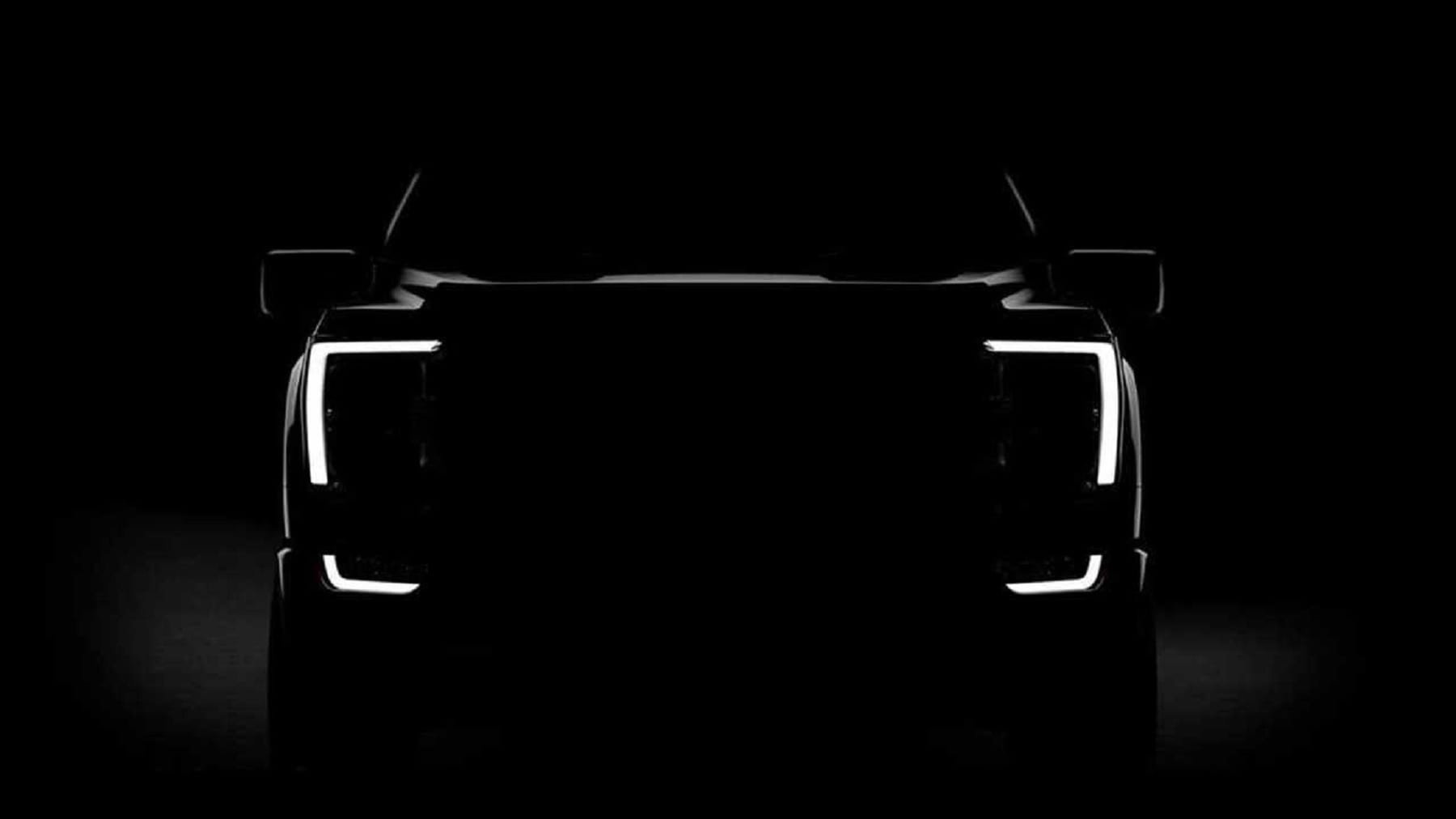 Ford has been busy while the world burns and are preparing some exciting launch events soon. One of which caused quite a stir.

Most importantly, the Bronco. It’s been the single most anticipated American car reveal I can think of besides the C8 Corvette. It’s also been delayed once already and has now been delayed again. This time though it’s only for a few days and for a much more hilarious reason. Earlier in the week they revealed the date would be moved to July 9th. It was the perfect date, but perhaps too perfect – July 9th is OJ Simpson’s birthday. Ford said it was purely coincidental and have just announced it will happen on July 13th instead. It could have been amazing, but Ford acknowledged they were “sensitive and respectful to some concerns raised previously about the date”.

Ford is offering a “look” at the all-new F-150 during a shareholder conference call on June 26th. It would be an extremely odd forum to debut something as important as a brand new F-150 so it may be a high level overview of what’s to come. The teaser shot above accompanied the announcement. This next-gen F-150 should be a pretty big step forward for the company. We’re expecting to see an all-electric version very soon and whatever Ford comes up with will have to account for that from the get go. We’ll be following this closely.

And last but not least, Ford is venturing into new territory with a “hands-free” driving mode that is planned to debut by the end of 2021. The Not-a-Mustang Mach-E and some of its other cars will be the first to receive it. In a nutshell, the system will function like others on the market by letting drivers “on certain sections of pre-mapped, divided highways to drive with their hands off the steering wheel – if they continue to pay attention to the road ahead – granting them an additional level of comfort during long drives.” We’ll update when we have a better idea of what cars it will launch on and when. In the meantime you can read a little more about the system on Jalopnik.