Welcome to the Hooniverse News! As always, this is a weekly recap of the biggest stories in the automotive industry without the fluff or bull. This week: Lamborghini adds RWD Huracan EVO Spyder to the lineup, IMSA and FIA release initial technical regulations for LMDh, BMW is ending European Delivery for North America, Ford Performance introduces power package for 18+ Mustang GT, US manufacturers are looking to reopen plants on May 18th, and your automotive news for the week. 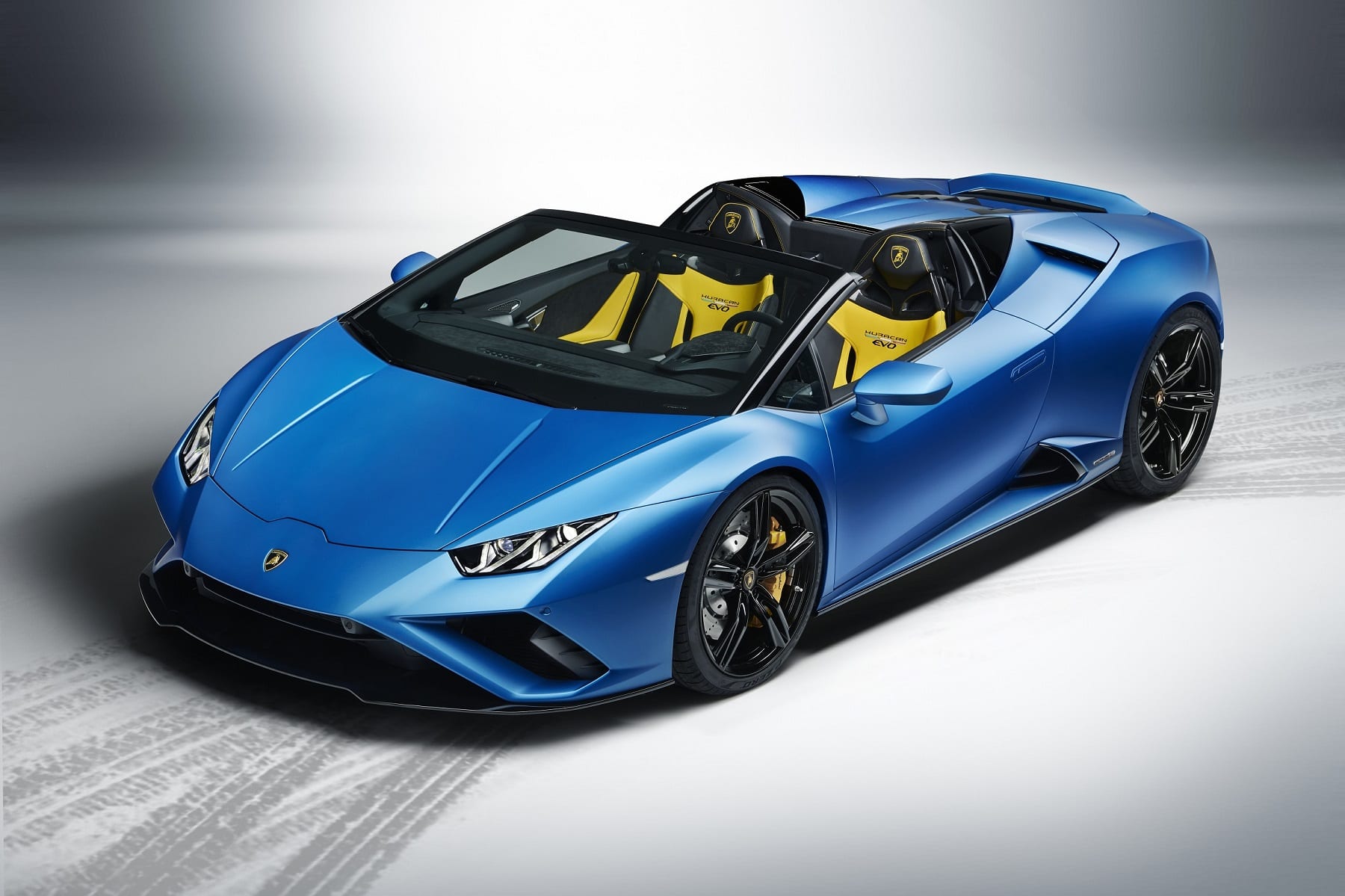 First there was the Huracan EVO, a substantial mid-cycle refresh for the popular “entry level” Lamborghini that dramatically increased performance and improved looks. Then there was the open-top Spyder version. Then Lamborghini followed up with the return of an enthusiast-favorite, the rear-wheel-drive version. Now they’re rounding out the group with a combination of all three – the Huracan EVO Rear-Wheel Drive Spyder.

It’s sure to be one of the most dramatic driving experiences you can get from any new Lamborghini. It’s been “specially engineered as an instinctive driver’s car, still producing top performance figures but focused on the pilot’s skills and the set-up of the rear-wheel drive powertrain, providing unfiltered physical feedback and maximum engagement”. The EVO’s 5.2-liter naturally-aspirated V10 produces 610 horsepower at 8,000 RPM and is all sent to the rear wheels – and there’s nothing between you and the raw sound coming out the back. A seven-speed dual clutch transmission provides ferociously-quick shifts. Despite reducing the amount of driven wheels by half, 0-62 mph still happens in a very quick 3.5 seconds. 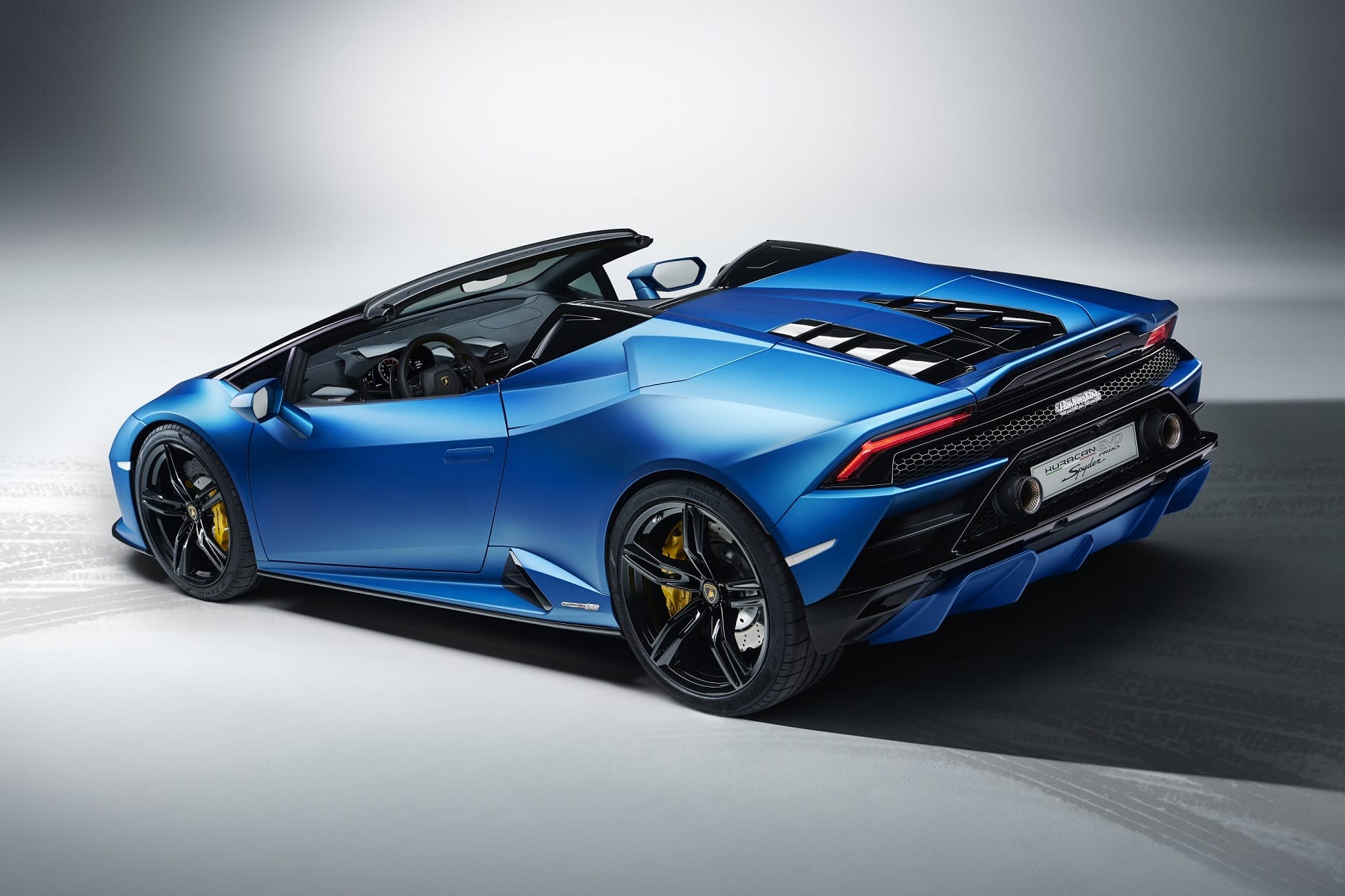 The traction control system has been calibrated specifically for the RWD setup and will keep things under control… if you want it to. As is standard on Lamborghinis these days, all the driver aids and systems can be adjusted to fit the driver’s preference through the “ANIMA” button on the steering wheel. Each mode is designed to allow an increasing amount of slip from the rear wheels and won’t kick in with traction control unless things get too out of hand. Other things like Lamborghini-specific Pirelli P Zero tires and optional carbon ceramic brakes ensure there’s plenty of other ways to keep things under control. 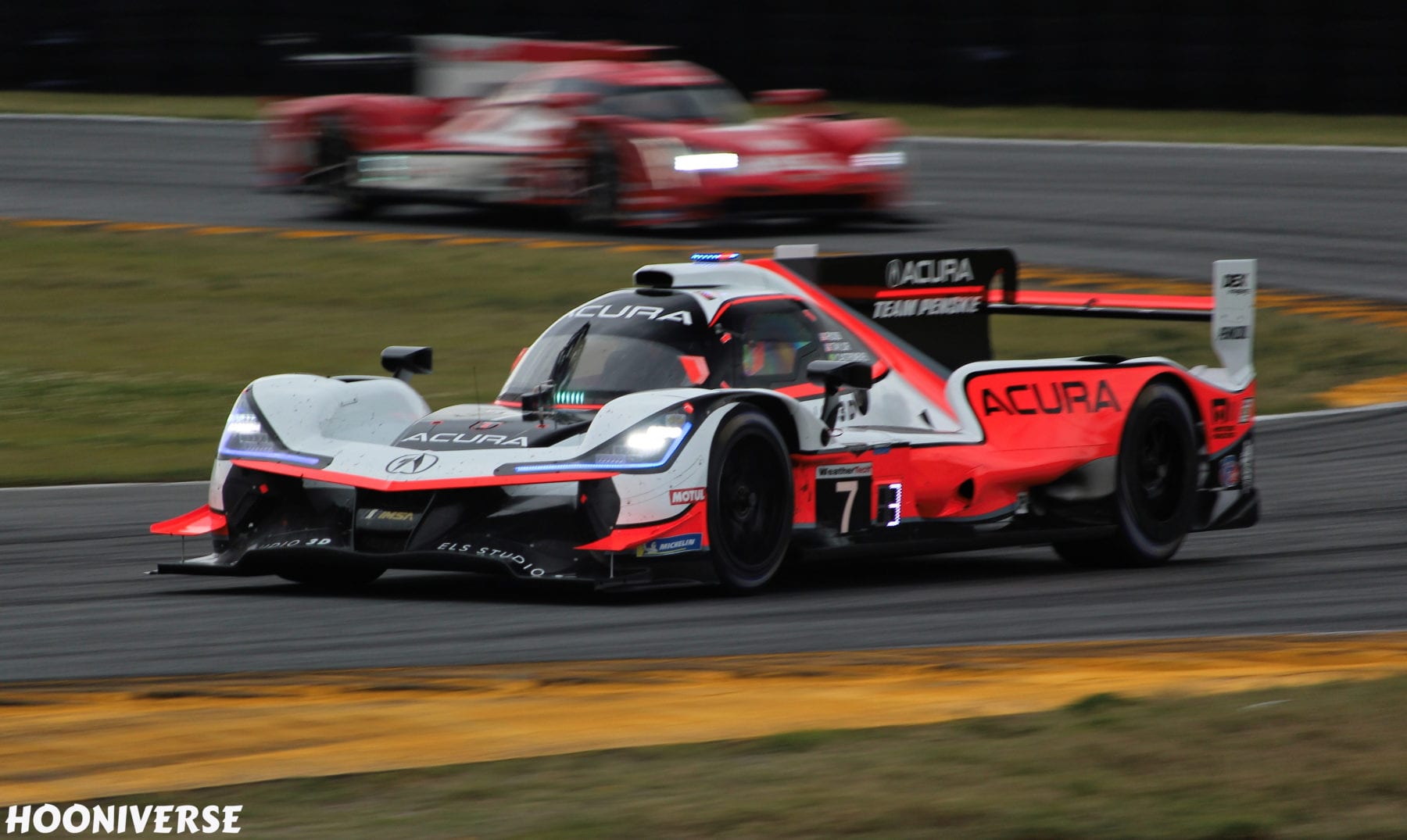 One of the biggest stories in racing has been the future of prototype racing and what will fill in the huge void left at the top by the dying LMP1 class. The FIA had their own idea with Hypercars. IMSA had their own better idea with DPi 2.0. Both generated a lot of buzz but one more so than the other, but on the flip side, only one class idea was ever going to be sustainable. That led to a massive announcement at the Rolex 24 this year that both the ACO and IMSA were exploring a common class that could unite them both – LMDh.

We were supposed to learn more about the technical regulations at Sebring, but that never happened. But last week, ACO, FIA WEC, and IMSA representatives learned about teleworking and finally got the tech regulations drafted. Here’s the rundown.

As initially promised, the LMDh class is a common car (created by ACO and IMSA) that will be able to race in both WEC and IMSA competition – that includes Daytona and Le Mans. LMDh fulfills the original goals of DPi 2.0 by sticking to a strict cost-capped design where every car will have the same spine (a complete chassis minus the bodywork and powertrain, basically) which manufacturers can then finish with their own stuff. Those spines are provided by Dallara, Ligier, Multimatic, and Oreca. Manufacturers will partner with one of those approved chassis builders and provide their branded and stylized bodywork and their own engine. To cut costs, everyone will use the same single-source rear-wheel-drive hybrid system. Crucially, the homologation period will last a minimum of five years.

Minimum car weight will be 1,030 kg or 2,270 pounds and peak combined output (between the ICE and spec hybrid unit) they’ll allow is 670 horsepower. This should allow manufacturers to use a GT3-spec engine (as Acura currently does) with few modifications needed and allow the hybrid unit to fill in the rest of the way. For manufacturers with a GT3 program, this is huge because it saves them from having to build a new engine for prototype racing. Essentially they would only need to pick one of four rolling chassis and design the bodywork for it and they have an LMDh car. Other costs of running an additional program will still be a factor of course, but LMDh aims to make top level prototype racing as cheap as it’s ever been. 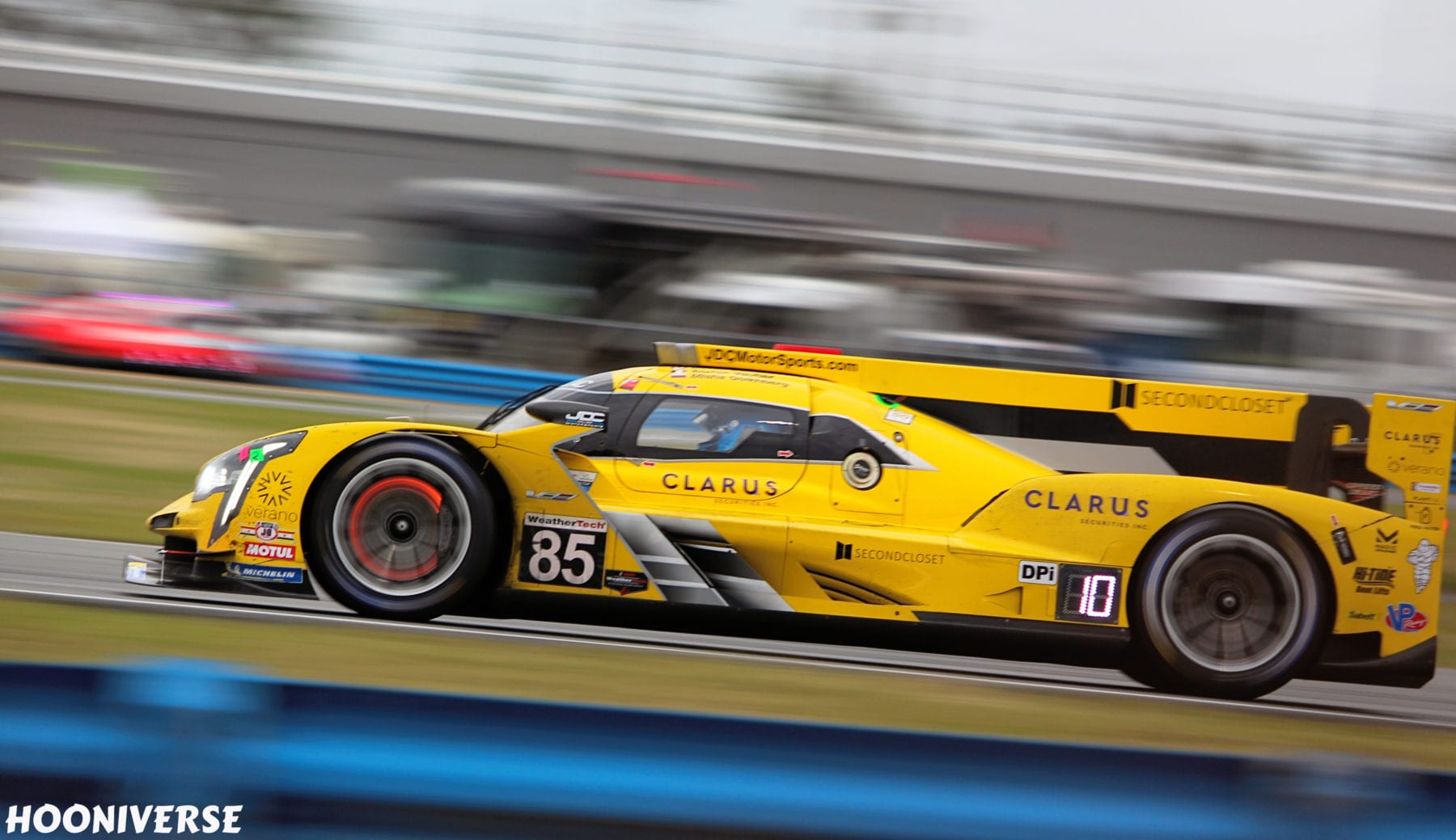 To help with balancing, all cars will run Michelin tires and global BOP (balance of performance) will aim to keep the racing close. I believe IMSA does a really good job of that already, perhaps better than anyone. They will have their work cut out for them though. FIA WEC currently still has some interest in Hypercar, so the plan is to still see them racing at Le Mans alongside LMDh. IMSA is open to allowing Hypercar to compete at Daytona once their performance can be validated at IMSA circuits. It really just depends on how close in pace they can make them.

Final regulations are expected to be released on or before the 24 Hours of Le Mans in September. LMDh is scheduled to debut in 2022 but there may be a delay given our current situation. Despite that, the interest among manufacturers remains high. Peugeot cancelled their Hypercar plans and switched to LMDh the minute that class was announced. Brands like Audi and Hyundai previously expressed interest and Ford was fighting for this kind of class to begin with. Now McLaren and Porsche are beginning formal evaluations of LMDh as well. The future of prototype racing looks brighter than it has in a long time. 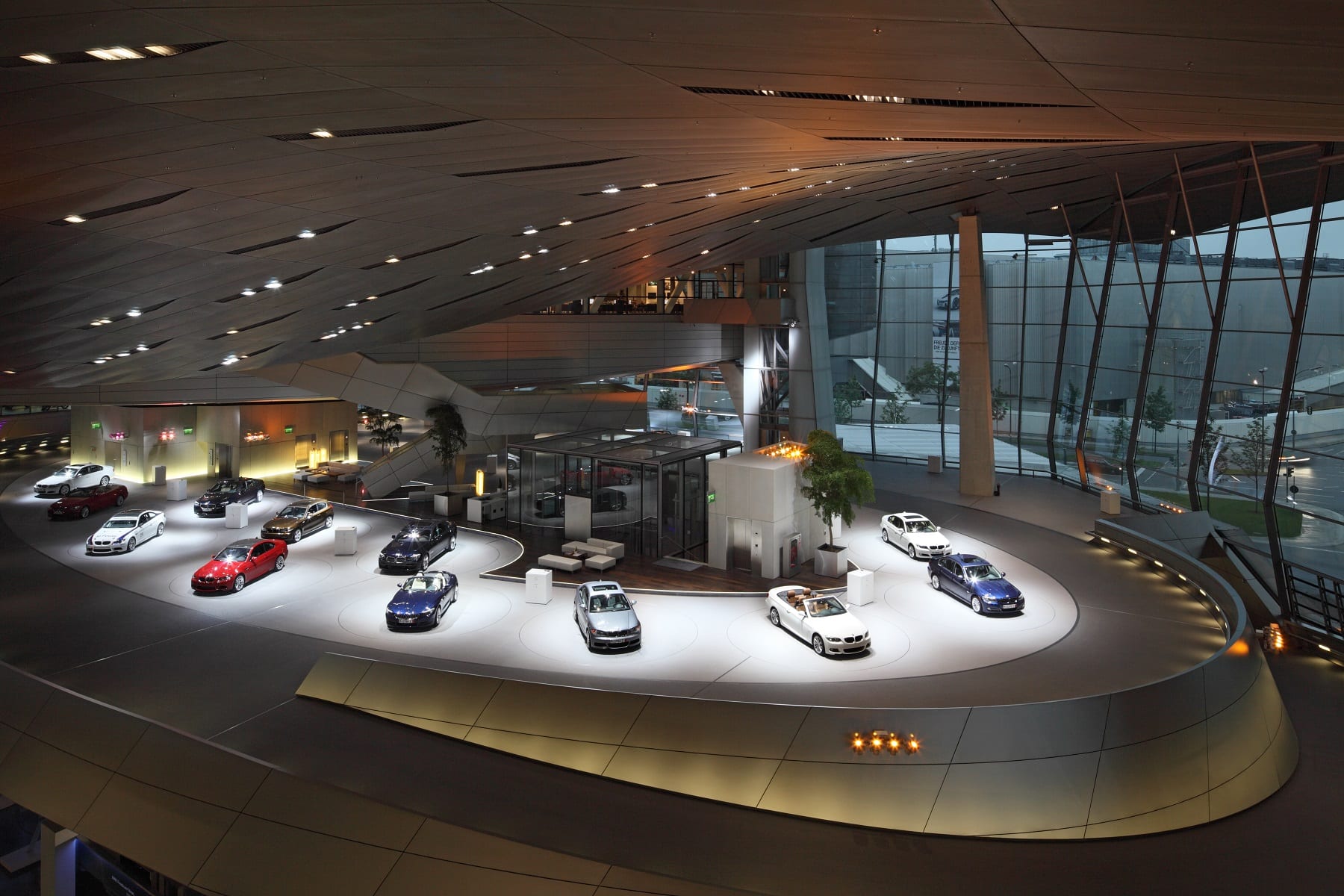 For decades, the holy grail of BMW enthusiasts was European Delivery. It was a brilliant service that allowed NA customers to make buying a new BMW a truly memorable experience. Buyers would fly out to Germany to pick their car up at the BMW Welt museum and get to drive it around Germany for a week. BMW would then ship the car back home and you’d have a brand new BMW broken in on the autobahn and loads of memories to cherish. To top it all off, you would get a discount on the car because it’s then considered a used car when BMW goes to ship it across the Atlantic.

Now you’ll notice I used “was” a lot in that intro. That’s because BMW is shutting down the program for North American customers. And you probably know exactly why.

“After carefully evaluating the changing BMW U.S. customer preferences towards U.S.-built X vehicles and the declining interest in the European Delivery Program, BMW has made the decision to bring the European Delivery Program to a close in the Fall of 2020”, says a BMW spokesperson to BMWBLOG. The last day you can order a new BMW and sign up for ED is May 18th, 2020 and the latest you can choose to pick it up in Germany is September 2020.

Yup, America’s “I just want to sit higher in traffic” addiction has ruined another great thing. Enthusiasts who can afford to buy a new BMW and aren’t deeply offended by everything they’re building these days can still opt for a BMW Performance Center delivery it Spartanburg, SC instead. This includes a performance driving school experience with a similar car to yours, a plant tour, and a chance to break in your car with a road trip. It’s something I guess. And having been to the Performance Center a few times myself, I can certainly vouch for how much fun and informative their driving courses are.

But European Delivery was simply the best way to pick up your BMW. And after September it will never be done again. 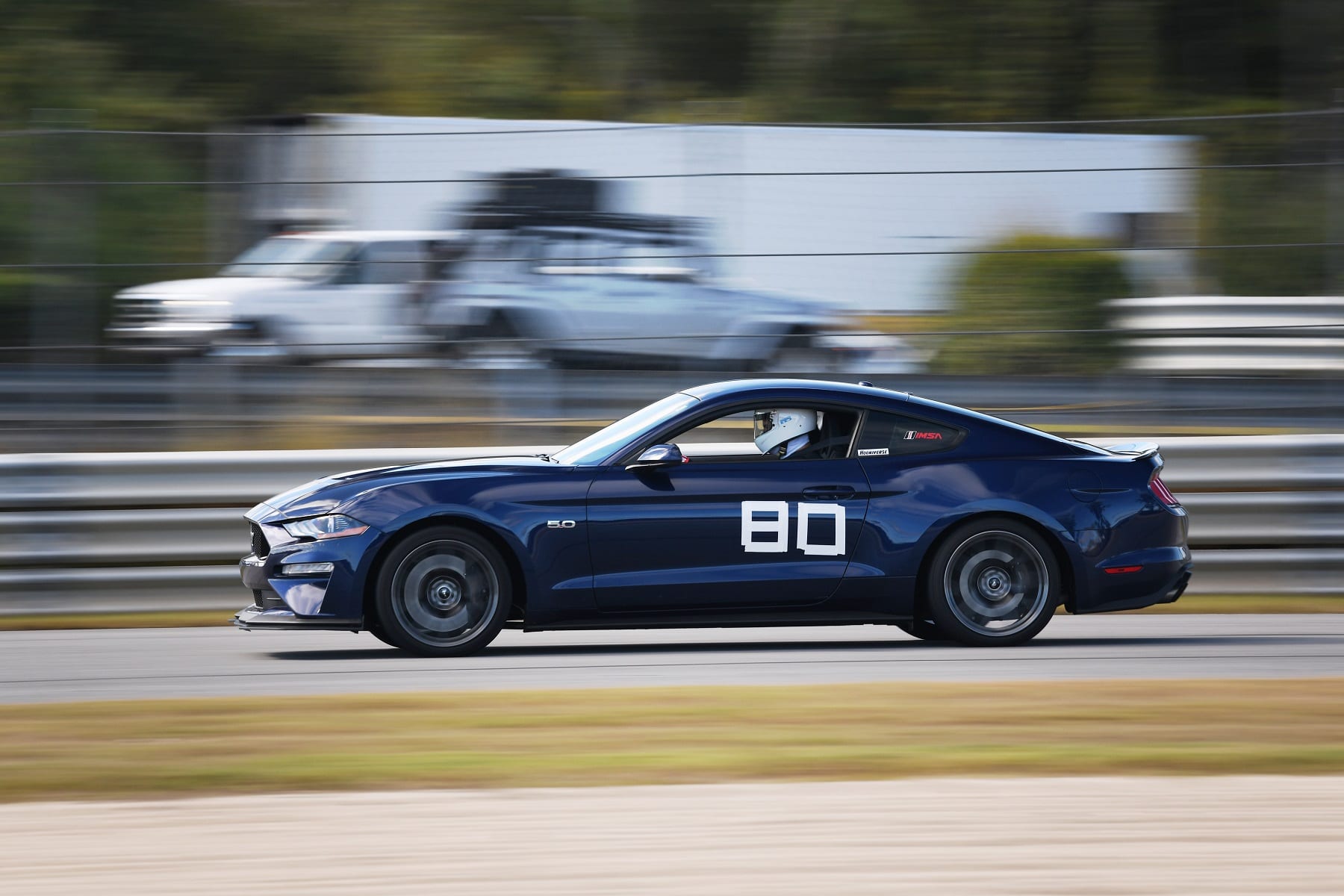 In news I absolutely did not need to see this week, Ford Performance has finally released a power pack for the 2018 and up Mustang GTs. These power packs provide a modest bump in power with easy bolt on upgrades that can be installed at Ford dealers, are warrantied themselves and don’t automatically void a factory warranty, and are engineered and tested by Ford Performance for reliability. Since the 5.0-liter Coyote V8 was significantly upgraded for the 2018 model year, Ford Performance hasn’t released a new one that’s compatible with it. This was likely due to the fact that they were also trying to sell limited edition Bullitt Mustangs which came equipped with what would effectively be this power pack. But starting now, it’s available for every 2018+ Mustang GT.

As expected it’s effectively all the same upgrades that were given to the Bullitt Mustang and they now make about the same power. Part number M-9603-M8B retails at $1,275 and includes a Ford Performance cold air intake, 87mm throttle body with adapter, and a tune to make the most of it all. The tune is 50-state legal and requires 91+ octane fuel. The gains include 19 horsepower at 6,500 RPM, 18 lb.-ft of torque at 4,500 RPM, and 42 lb.-ft. of torque at 2,000 RPM. Throttle response will be improved and automatic transmissions will receive an optimized shift schedule (the calibration also works with manuals). The tune also allows for gear ratio changes up to 4.09:1.

When looking into the fine print regarding the warranty (purely for journalistic purposes and totally not anything else), Ford Performance provides a 3yr/36k mile warranty on the parts and installation when it’s handled by an authorized Ford or Lincoln Dealer, Shelby American, Inc., or a technician certified by the ASE Read Seal Program. But note that the warranty period is calculated from the start date of the Ford factory warranty. This warranty works in conjunction with the factory warranty and does not void it. Problems caused by Ford Performance parts are covered under the FP warranty. Anything else that happens is covered under the Ford factory warranty. Again, I just looking into it in case any fellow Mustang owners are reading this and definitely not because I’m in the middle of checking my finances as we speak.

US manufacturers look to reopen plants this month 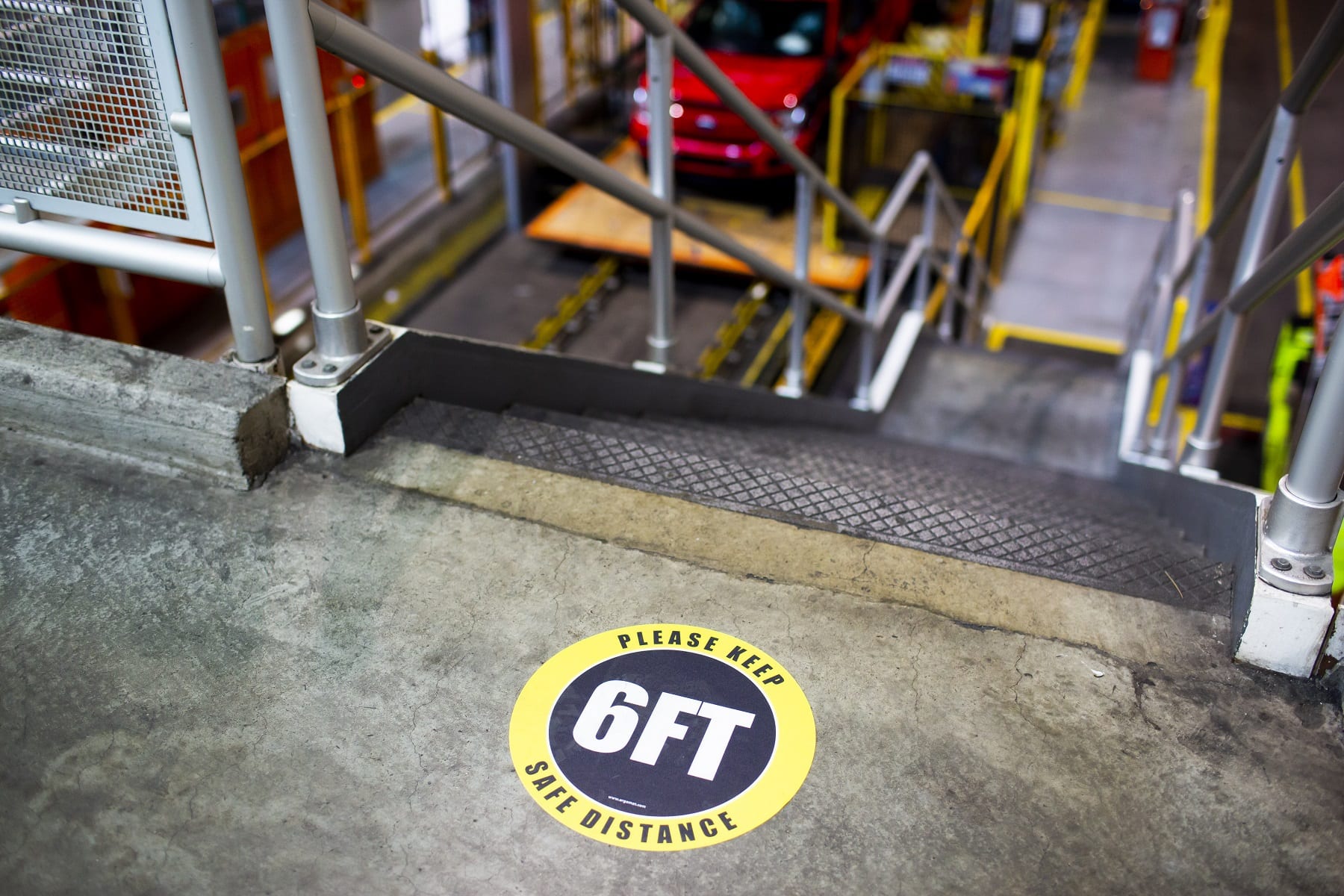 According to recent reports from Jalopnik, The Detroit News, and Automotive News, the big three are targeting May 18th as the day they can reopen factories for vehicle production. Different dates were being thrown around by each manufacturer and the UAW, but ultimately the decision hinges on when Michigan’s stay-at-home order lifts. The state currently plans to lift the order on May 18th which would give automakers the green light to resume production (note: some plants have remained open with reduced staff to provide crucial medical equipment, but this would reopen everything for auto production). All three manufacturers and the UAW are going along with that for the time being but dates could continue to change. For now though, it seems there is some sort of end in sight. Perhaps temporarily.