Welcome to the Hooniverse News! As always, this is a weekly recap of the biggest stories in the automotive industry without the fluff or bull. This week: Nissan shows they’re serious again with new logo and Ariya electric crossover, FCA and PSA revealed the post-merger name of their new company, Honda reportedly adding NSX-inspired hybrid tech to the Civic Type-R, a new hydrogen transportation startup may not be a scam and will show a groundbreaking concept next month, the Ford Bronco happened, and your news for the week. 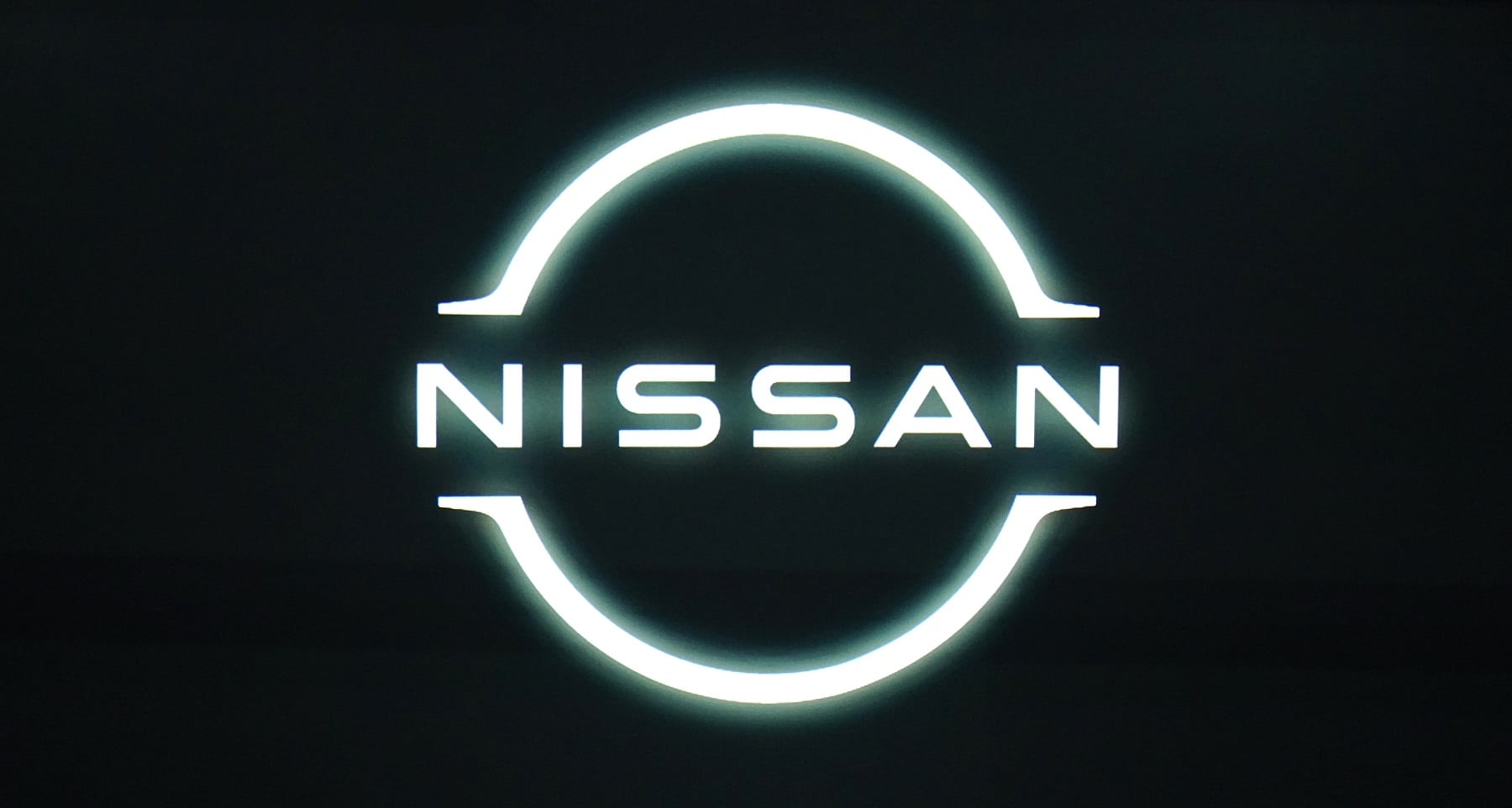 Picture this: the entire automotive industry is represented by a bunch of restaurants in a shopping center.

You have some that are exciting, modern, and meticulously maintained which constantly have full parking lots and 30+ minute waits. They’re the place to be and almost everything on the menu is exceptional. You try something new each time you go and you’re rarely let down. Brands like Volvo, Mazda, Ford, Genesis, Porsche, and a few others are like that.

Then you have restaurants that are still good in their own right but clearly aren’t the heavy hitters in the area. They’re known for a few good things but the rest is maybe a bit forgettable, but not bad. They aren’t the first places you think of but you eat there with confidence. I’d say Chevy, BMW, Volkswagen, and Toyota are like that.

Nissan is the neglected fast food chain that occupies a dilapidated 40-year-old building back in the corner. There’s potholes in the parking lot, nobody working there cares, and you only go there when you’re drunk and your standards are low. Every time you drive by you instinctively look over in its direction to see if it’s died yet, but it just keeps carrying on with its same, disappointing self.

A little further back in the corner of the lot, Mitsubishi failed its health inspection.

But Nissan has recently learned to take a hint from the awful sales and pissed off dealers as the construction barriers are being put up. After realizing selling the same pickup from 2004 in 2020 was maybe not the best idea, a massive four year overhaul of their entire lineup has been promised. They claim we’ll see 10 new models in 20 months and  we even got a little glimpse of that in a promo video. The very first car they teased in that video is this – the 2021 Nissan Ariya. It’s an electric crossover with the freshest styling we’ve seen from Nissan in years. That combined with a fresh new logo seen above are enough to show that they’re serious about this – and it’s about damn time.

As automakers scramble to electrify as much as possible, there’s no shortage of electric crossovers that you can buy right now. What there is a shortage of is affordable (relatively) electric crossovers. I can only think of one. It’s a gap in the market that Nissan is targeting with the Ariya which will have a starting price of around $40,000 before potential incentives. Different powertrain configurations will be available and its estimated driving range is up to approximately 300 miles.

It launches with a 65 kWh and 90 kWh batteries which can power up to two motors. Front-wheel drive with a single motor up front is standard while you can opt for “e4ORCE” AWD which adds a second motor to the back axle. The Externally Excited Synchronous Motors can deliver between 215 and 389 horsepower and 221 – 443 lb.-ft. of torque to the ground. Nissan reaps the benefits of developing a platform to be electric from the get go by offering a flat floor for immense cabin space for its five passengers, but cargo volume will be affected by the dual motor setup.

Like any good electric car it offers a full suite of driver assistance tech and a minimalist interior design. Unlike some other cars though, this minimalist interior isn’t barren. There’s a healthy amount of screen real estate with some essential functions bound to integrated capacitive haptic switches. The dashboard in this car is the single most interesting thing Nissan has done since they tried taking a front-wheel-drive prototype to Le Mans. And without offering many details, they say the center console is adjustable and will have a fold-out tray of some sort. 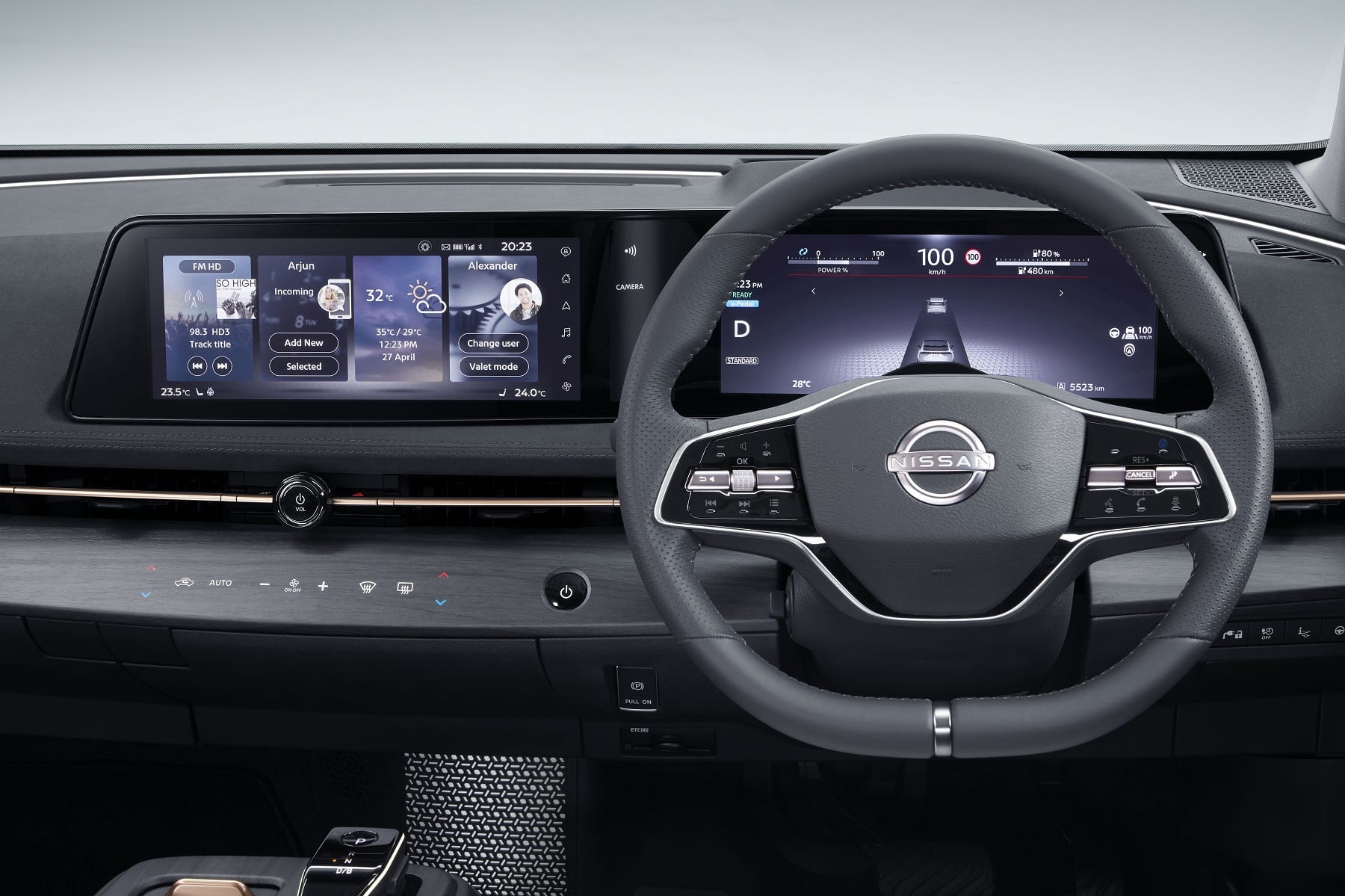 I hate talking about crossovers as much as you all probably hate reading about them, but this is one that’s managed to capture my attention because of the bigger implications it has. It’s the first sign of life we’ve had at Nissan in a very long time. The fact that they’re working to fix their issues is good. The fact that they’ve started with something this good is promising. Hopefully soon Nissan will be a brand that more people will come to first. How else are we going to get a new Z and GT-R?

The Ariya launches in Japan mid-2021 and will arrive in Canada and the US later that year.

FCA and PSA closer to merging, will use a shitty name

As Fiat Chrysler Automobiles and Peugeot SA move closer to making their merger final, they’ve updated us on one crucial detail: what exactly would the new name be? Simply calling it FCAPSA or some other massive acronym would be too easy and too confusing, so the two companies likely spent millions in consulting fees to a marketing agency who then decided “STELLANTIS” was a good idea.

Yes, STELLANTIS, the name which sounds like a drug to help control your cholesterol, is what the result of the FCA/PSA merger will formally be known by. They say it’s rooted in the Latin verb “stello” which means “to brighten with stars”. It’s a far more interesting name than FCA ever was, but it’s already been relentlessly made fun of by me and countless others on car Twitter. I only saw the same “ask your doctor if Stellantis is right for you” joke 50 times…. and I’m guilty of it too. 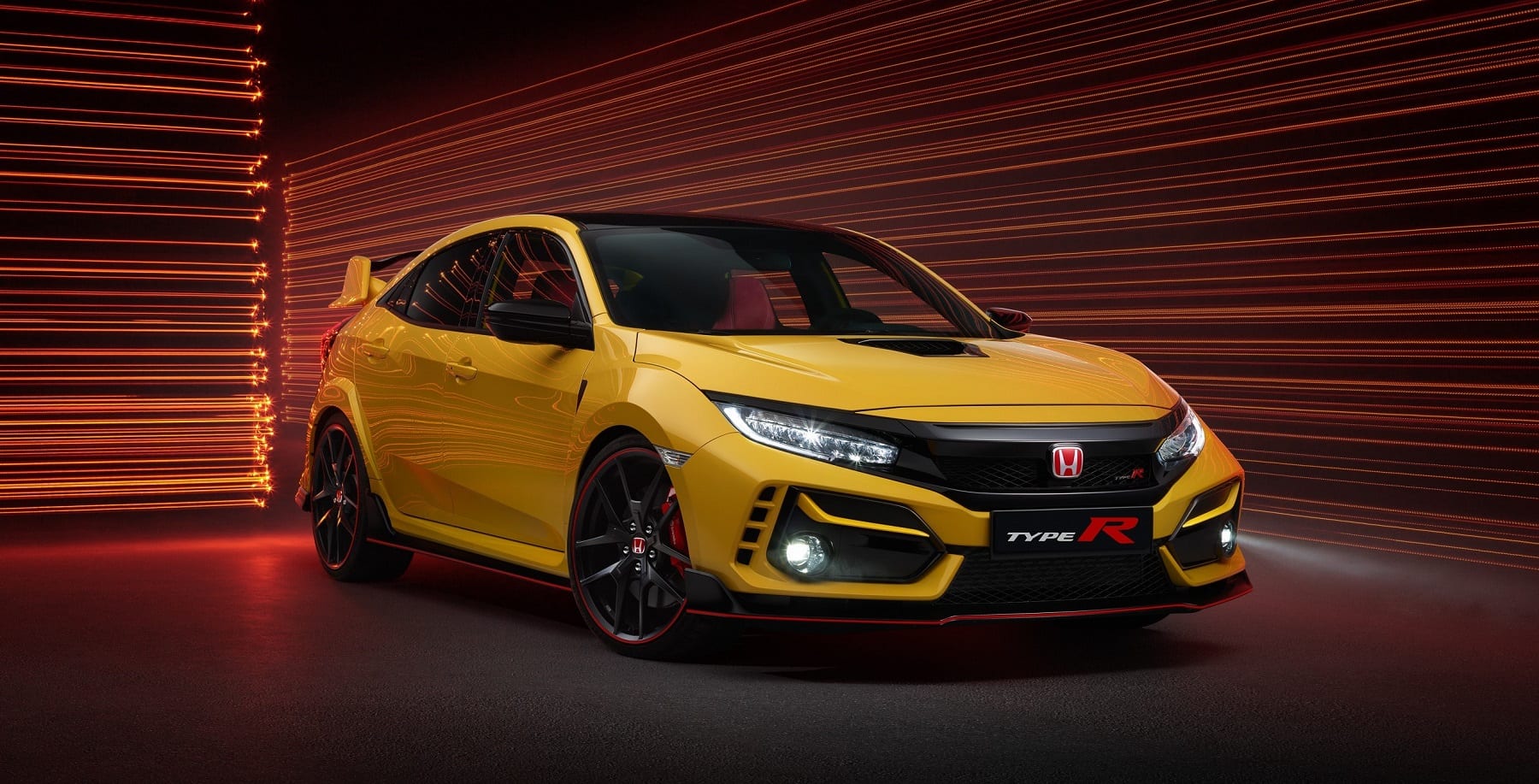 Now for some news that will help restore your faith in the world’s corporate leadership, the Civic Type R could gain some NSX-inspired hybrid performance in its next generation. The report from Japan’s Best Car and retrieved via Jalopnik claims a new Civic is coming in 2021 (which is not a new thing) and will quickly be followed by the all-new Type R. The same 2.0-liter turbocharged four-cylinder engine will carry over but will have some help.

They say to expect two electric motors at each rear wheel to create a torque-vectoring all-wheel-drive setup. It’s basically a FWD-biased version of the Super-Handling All-Wheel-Drive system that debuted in the NSX and is now found on many other Acuras. They claim 395 horsepower, which is 89 hp more than what is currently offered. Increasing the output of anything by 23% will produce some wonderful results. The questions about added weight and cost are valid and will be asked repeatedly until the thing debuts, but I have no reason to not trust Honda here. Personally I’ve been dying to see a powertrain setup like this in a true performance hatchback for a long time so I’m very excited to see what they can make of it.

Hyperion has us cautiously optimistic with hydrogen supercar teaser

There’s some new electric startup that pops in the news practically every week. Most are quickly dismissed as vaporware but every now and then we see one that actually looks like it could be interesting or relevant in some way. That’s the case with Hyperion’s XP-1 concept which has been teased ahead of its planned debut in August. From what I can gather, it isn’t a company looking to steal money by accepting deposits for something that likely won’t ever be produced in any reasonable amount of time *cough* literally every electric car company on the planet *cough*. The XP-1 is clearly being billed as a prototype to show what Hyperion and, more importantly, what hydrogen is capable of. If that changes then I’ll call them out on it.

Hyperion | Space Technology For The Road from Hyperion on Vimeo.

Hyperion claims they exist to advance the use of hydrogen in three areas – energy, aerospace, and transportation. They’re keen to point out that many of the technologies they’re utilizing for the XP-1 are derived from their experience in aerospace and will be at a totally new level from what we’re used to seeing on the road. I couldn’t find much about the company online to know what exactly they do or how legitimate they are, but their approach to this XP-1 makes me less skeptical. They’re going to produce a concept and from there they hope to move the technology into the mainstream. If they get to that point, their energy division will help to increase access to quality hydrogen fuel at lower costs to America. That access problem is one of the biggest reasons why hydrogen-powered cars aren’t catching on. So a company that wants to prove they’re capable of fixing the root of the problem while also building cars for it has my attention. For now. Big grains of salt.

Other coverage from the week: the Ford Bronco 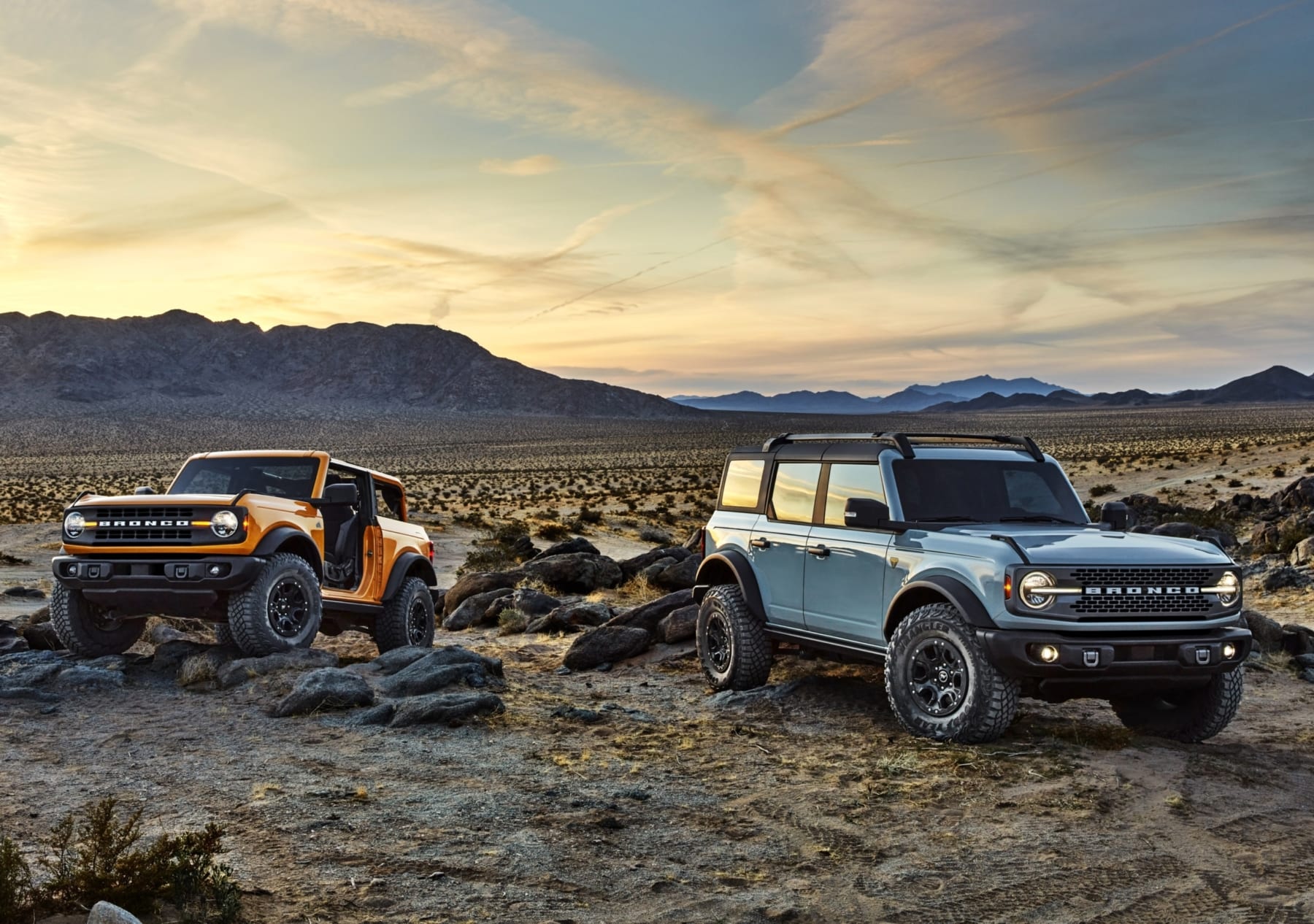 Something else fairly big happened this week. You may have heard about it. Ford revealed the extremely long-awaited Bronco family and it honestly seems like the biggest slam dunk of the year so far. The response I’ve seen has been more positive than Georgia’s coronavirus testing results. You can tell Ford put a lot of heart into this one. If you missed it, Kamil wrote up everything you need to know on it and William was one of the first to fondle it.