My 1991 Mitsubishi Montero has become my daily driver. The 1974 Mercedes-Benz 280 still gets some driving attention, but it also wears a pair of For Sale signs in the front and rear glass. As I’ve been driving the Montero, I’ve also been fixing a few issues that have popped up. This “cheap” truck is turning out to be quite the opposite, but I’m still enjoying it. When I park it, turn it off, and walk away, I usually take another look back because it’s a sharp machine. And now it looks just a bit better thanks to a new set of wheels and tires.

[Disclaimer: The tires were free from BFGoodrich. Fifteen52 gave me a discount on the wheels. The Clarion M508 headunit was sent over for free. Everything else is punching my wallet right in its taint.] 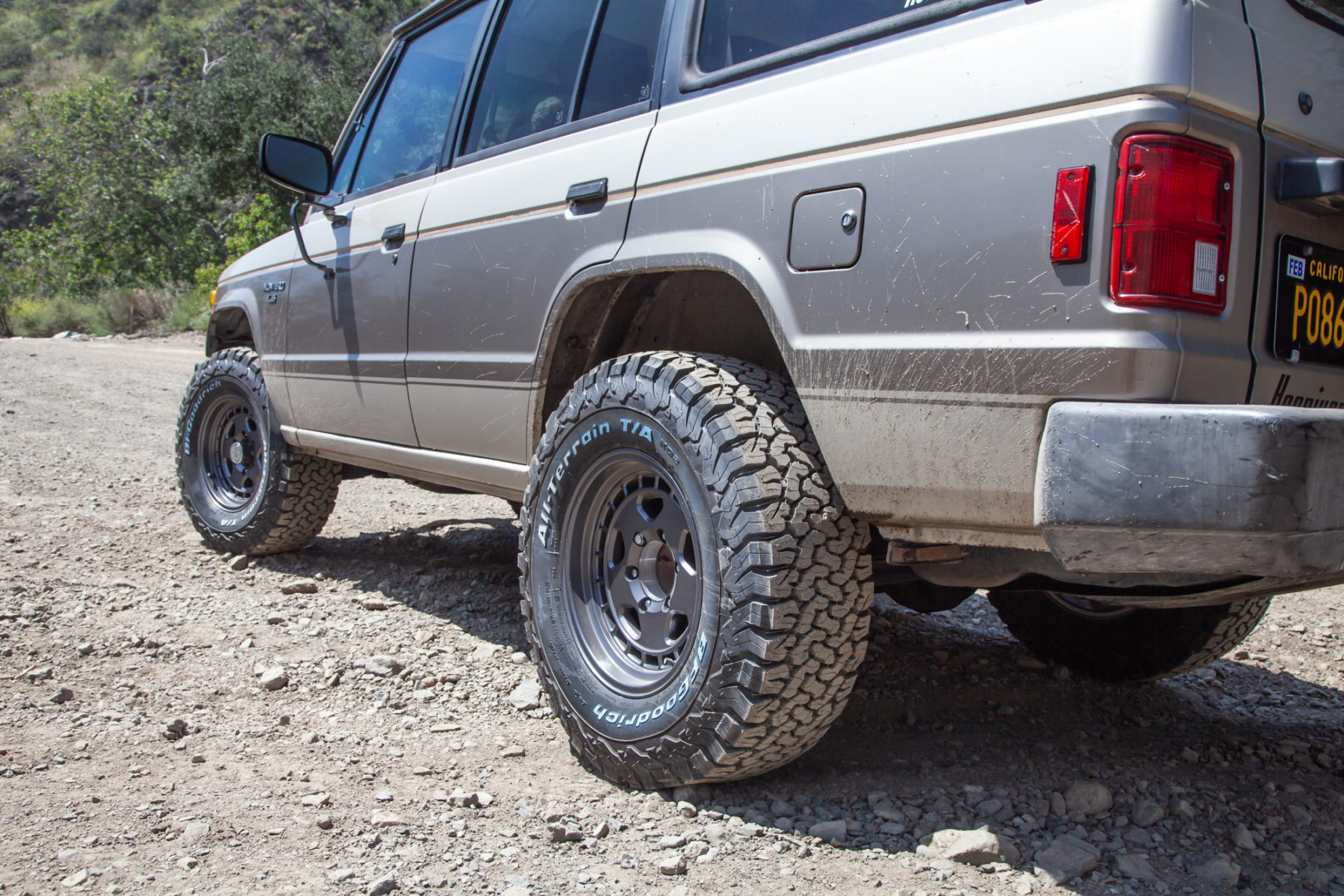 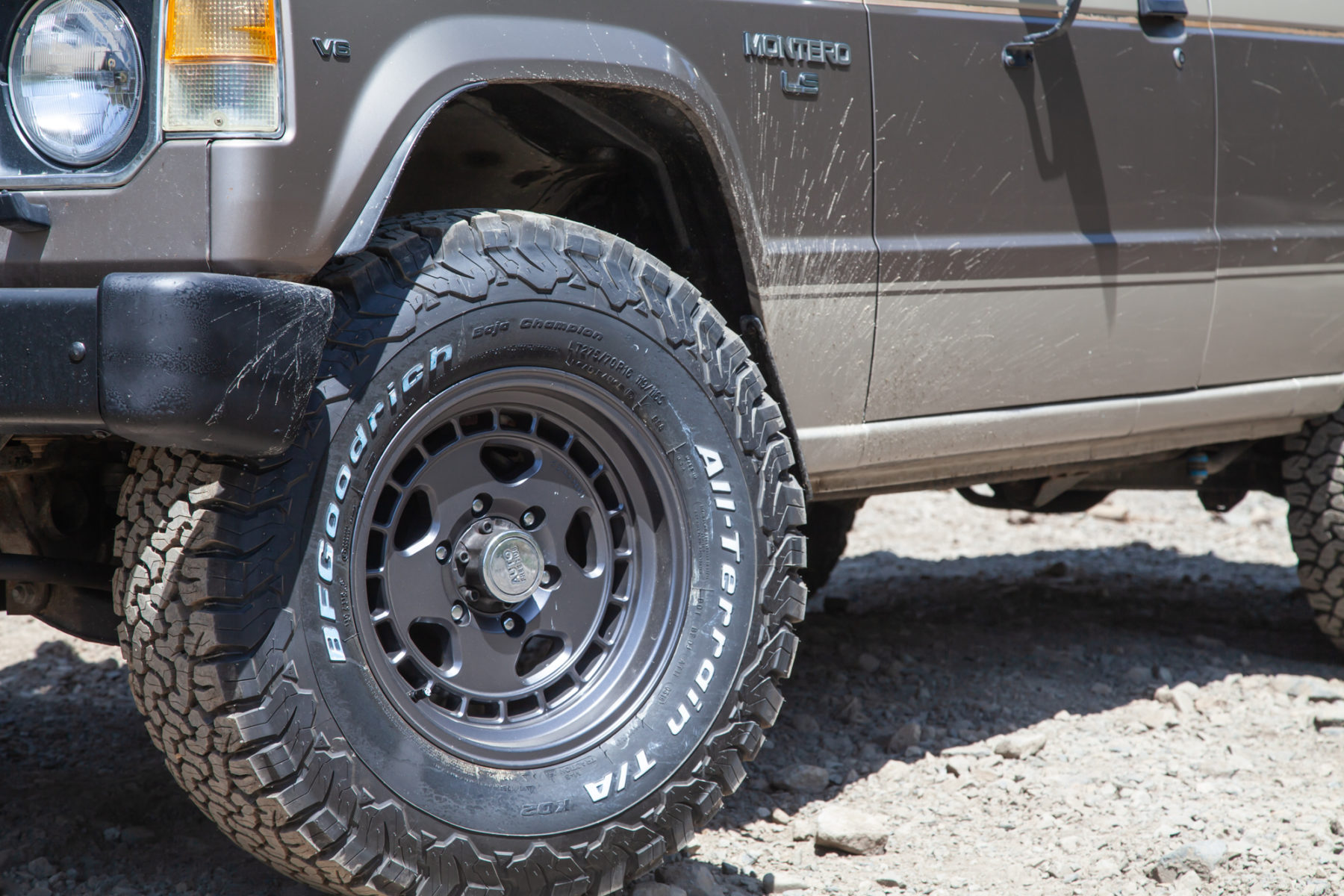 The tires are from the I Love Dirt starter pack. Yes, everyone buys the BFGoodrich KO2 tire but they do so for a reason. These are fantastic tires, and I’ve thought that since we first tested them back in 2014. Fast forward to 2019, and I finally have a set to call my own thanks to BFG. These are 275/70R16 and they sit wrapped around a set of 16-inch Turbomac HD Classic wheels from Fifteen52. Paired together, the finished product looks excellent. It’s the right blend of modern styling, chunky tire, and off-road aesthetic that doesn’t overwhelm the simple lines of my old boxy beast.

Tip-toe into the dirt 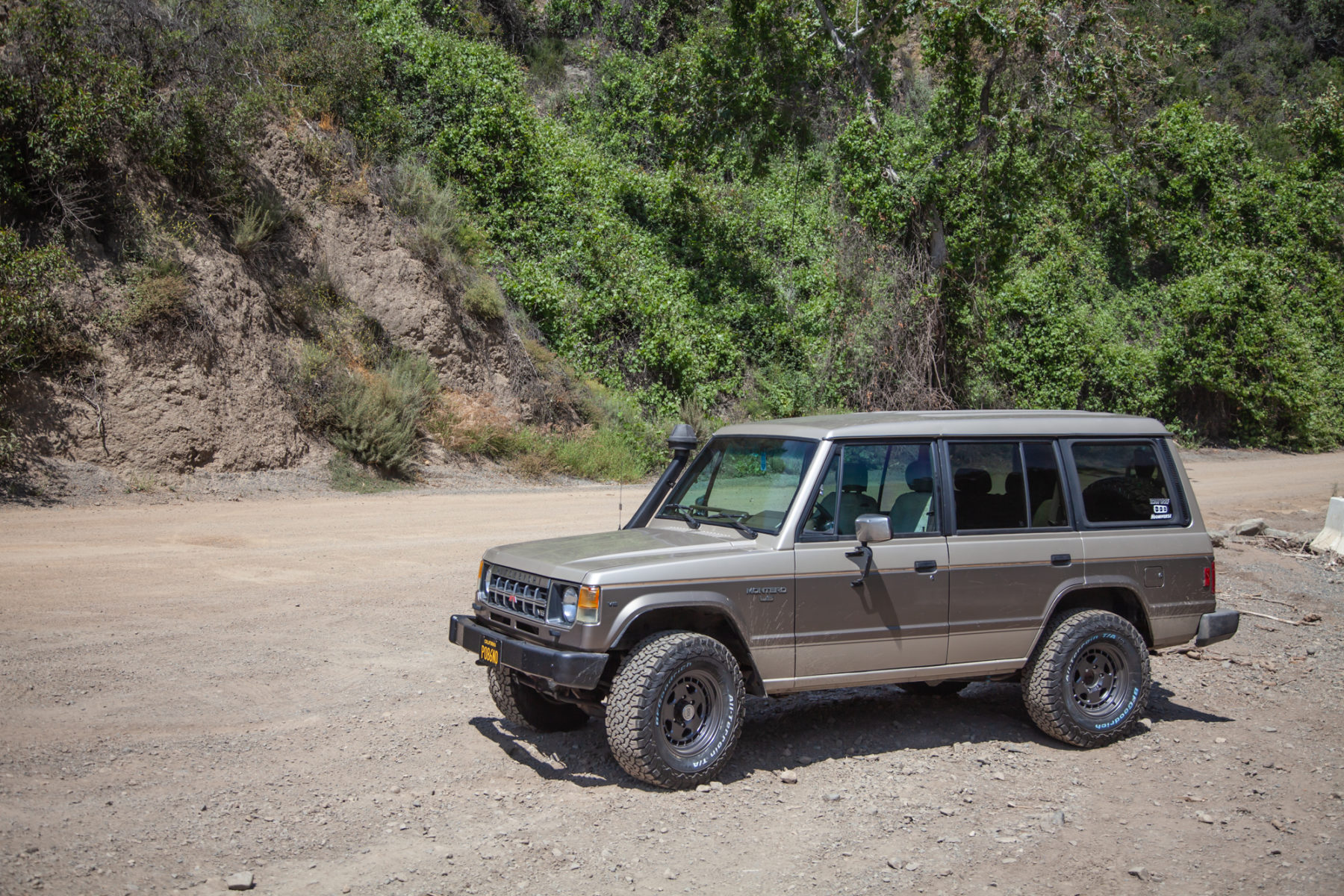 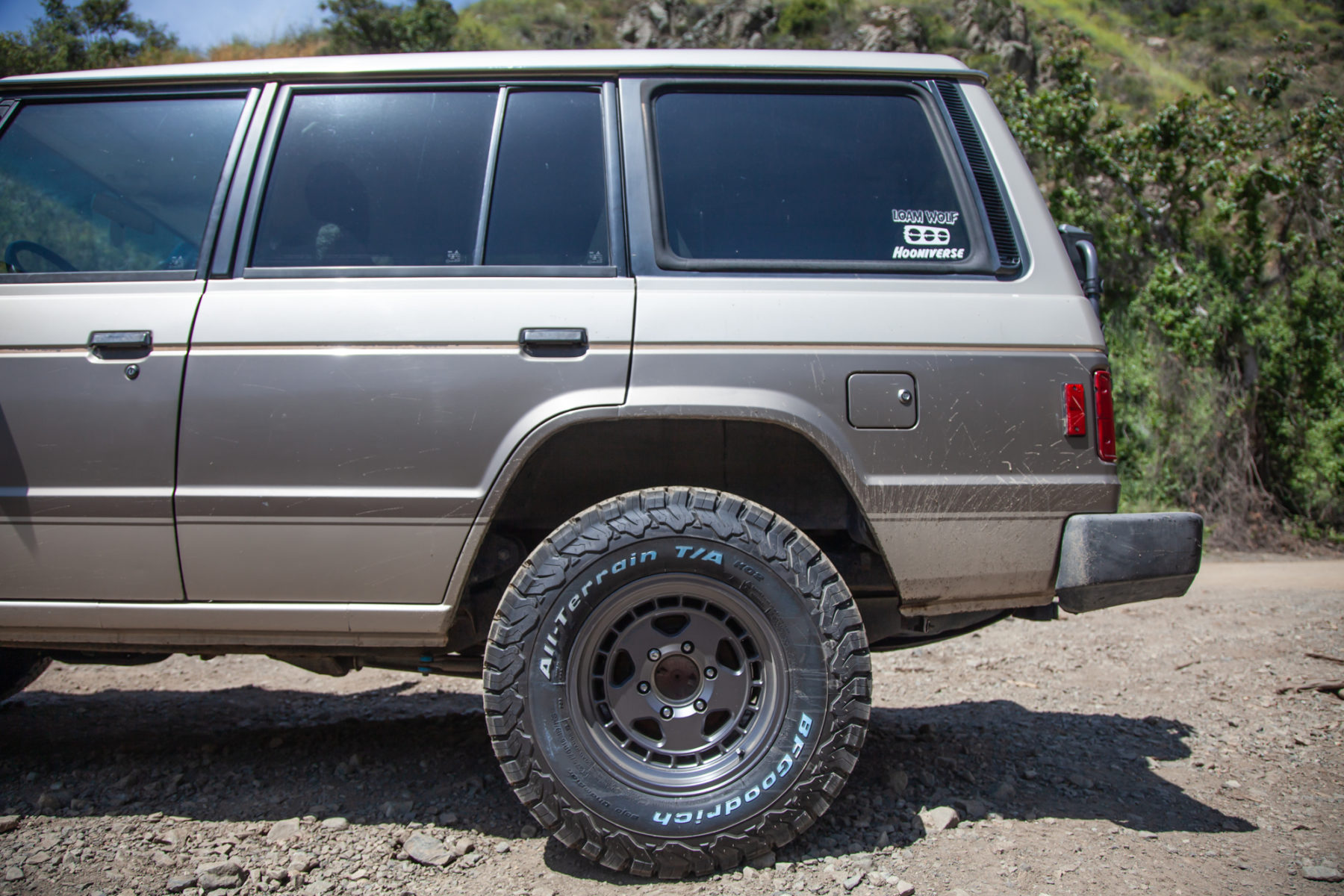 This is the first time I’ve driven Tony Montero on some dirt. The good news is that I’ve come away instantly impressed. Now, this wasn’t some difficult trail but it is a road with some heavily washed out sections, ruts, and loose gravel and rocks. With my factory driver’s bouncy seat unlocked, I remained comfortable behind the wheel the entire time. Those meaty KO2 tires eat up a fair of bit of bump and the front and rear suspension sort out the rest. This Montero looks nice clean, but a bit of dirt and mud splashed up on the bodywork also looks quite right.

It hasn’t been all sunshine and lollipops though, as I’ve alluded to earlier. The oil cooler, which sits ahead of the radiator, was leaking a fair bit. I also noticed that the clutch slave would occasionally drip as well. These are two things I could change myself, but I’m a bit devoid of time as of late. So I dropped off the truck for professional repair work. While there, the shop found that the clutch master needs love, the oil cooler lines are basically impossible to source, and the transfer case is dripping as well. 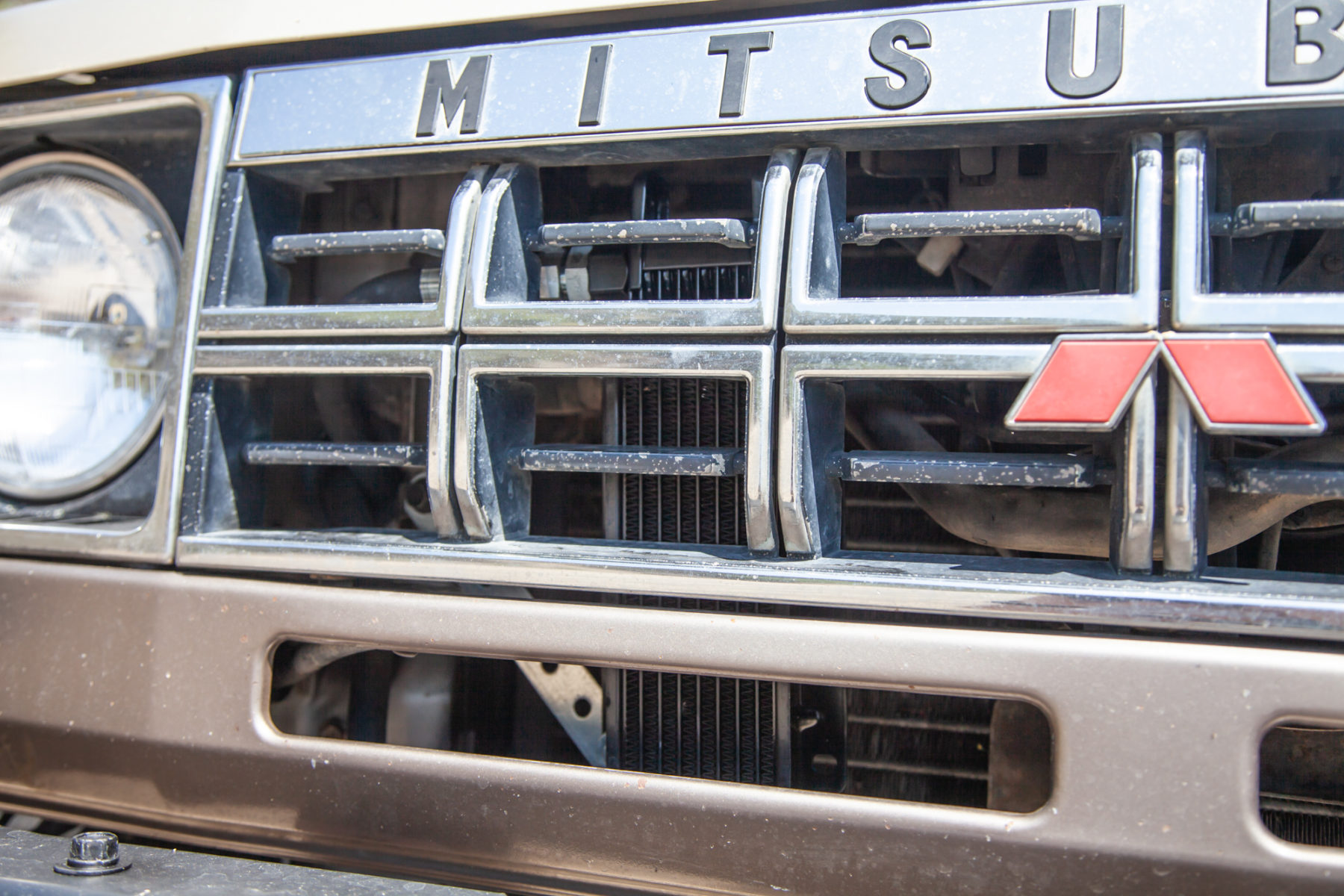 Take that, you stupid wallet

I’m opting to hold off on the transfer case work. It’s a very minor drip leading to a very costly repair, but for now it can wait. The oil cooler and both clutch cylinders have been taken care of though, so the under-skin fixes are nearly complete. The truck drives well. It stays cool. And I’m having a blast motoring around in it.

I do have something new on my mind to worry about, however, and it comes thanks to East Coast Editor Kamil Kaluski.  He asked about my rear door hinges and how strong they are, to which I replied that he’s a big dumb dumb and they’re fine. The reason he asked is because I’ve mounted the full-size spare tire back there and a mountain bike rack as well. 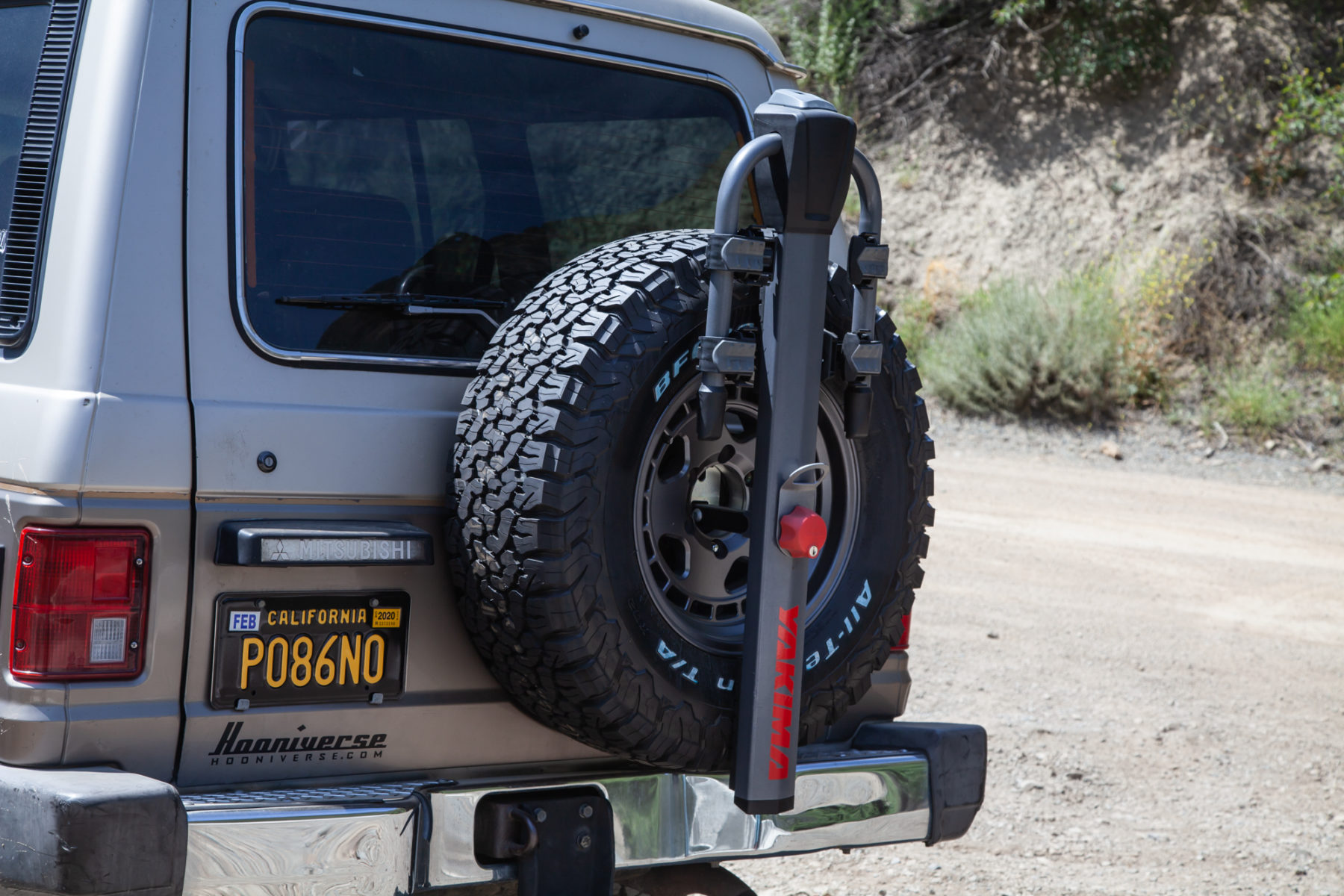 And now I’m actually worried about the weight hanging off that rear door. Over the past weekend, I had two mountain bikes on the mount and it actually seems like a good deal of weight to be hanging there. So I’m going to do some research into the strength of those hinges and if any upgrades exist. One thing that doesn’t help is the fact that the mounting bracket for the rack is just a bit too long so the rack doesn’t sit perfectly flush against the tire.

Yakima provides three different brackets for use on a range of rear tire sizes. The middle one is too short, and this one is maybe an inch too long. For now, I’m going to stuff a towel back there to take up any slack between the back of the rack and the tire. 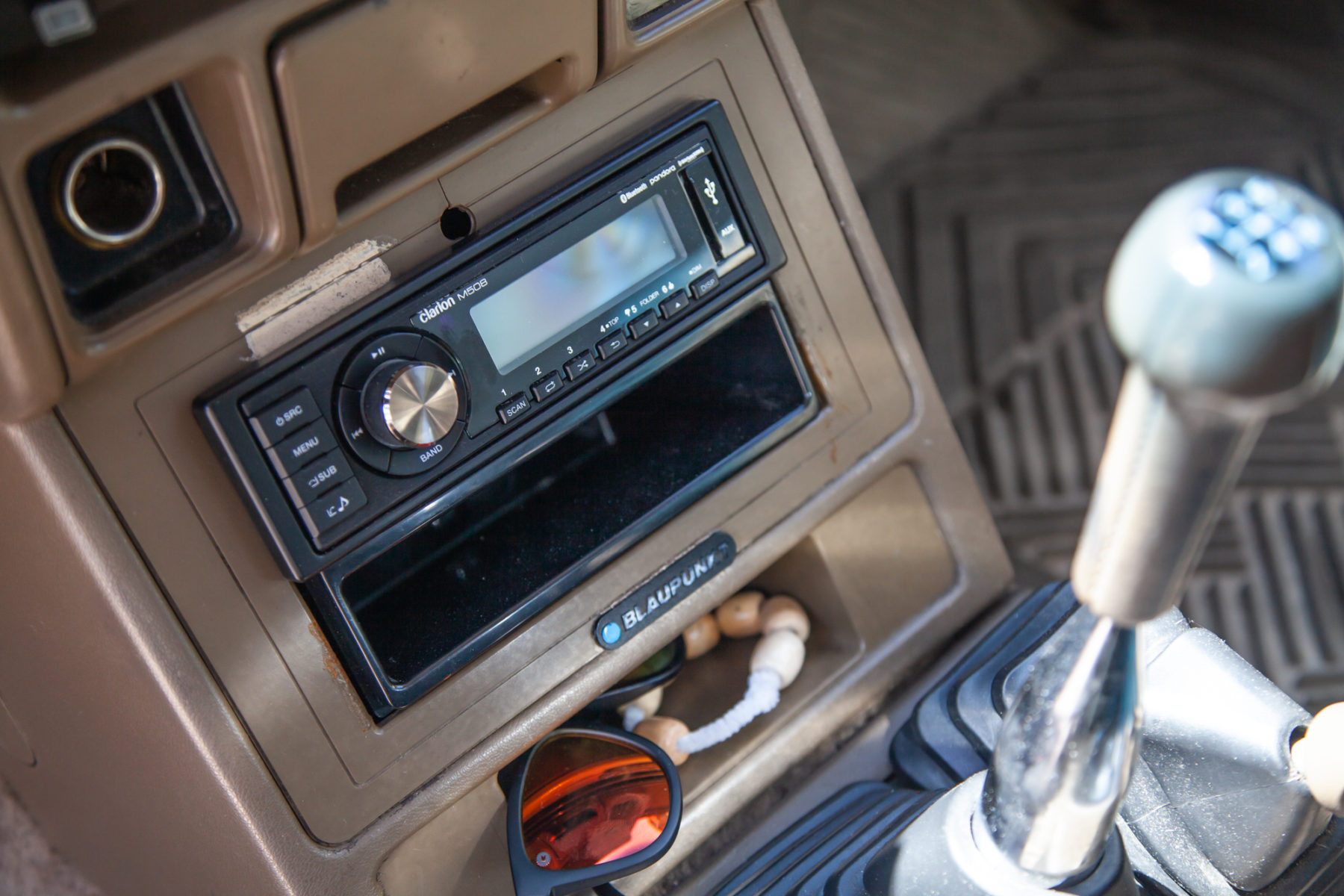 Other than that, the Montero is kicking butt. I’ve added a new headunit as well. This one comes from our friends at Clarion. It’s the M508, which features a bit of a vintage look. Yet it packs a quick Bluetooth connection, has front aux mounts, and looks great in the truck. Now I need to add better speakers to take advantage of the audio brain I’ve installed. 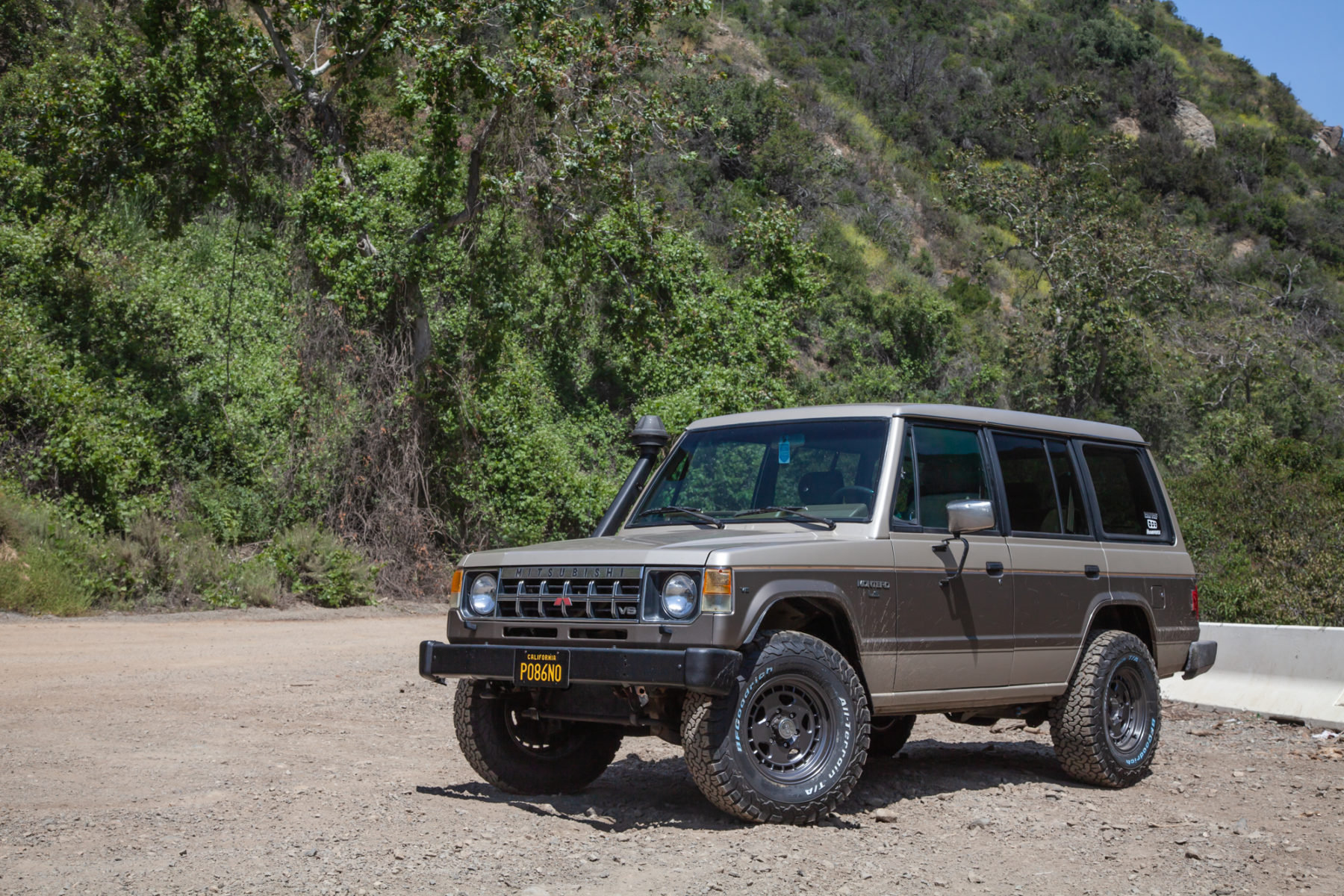 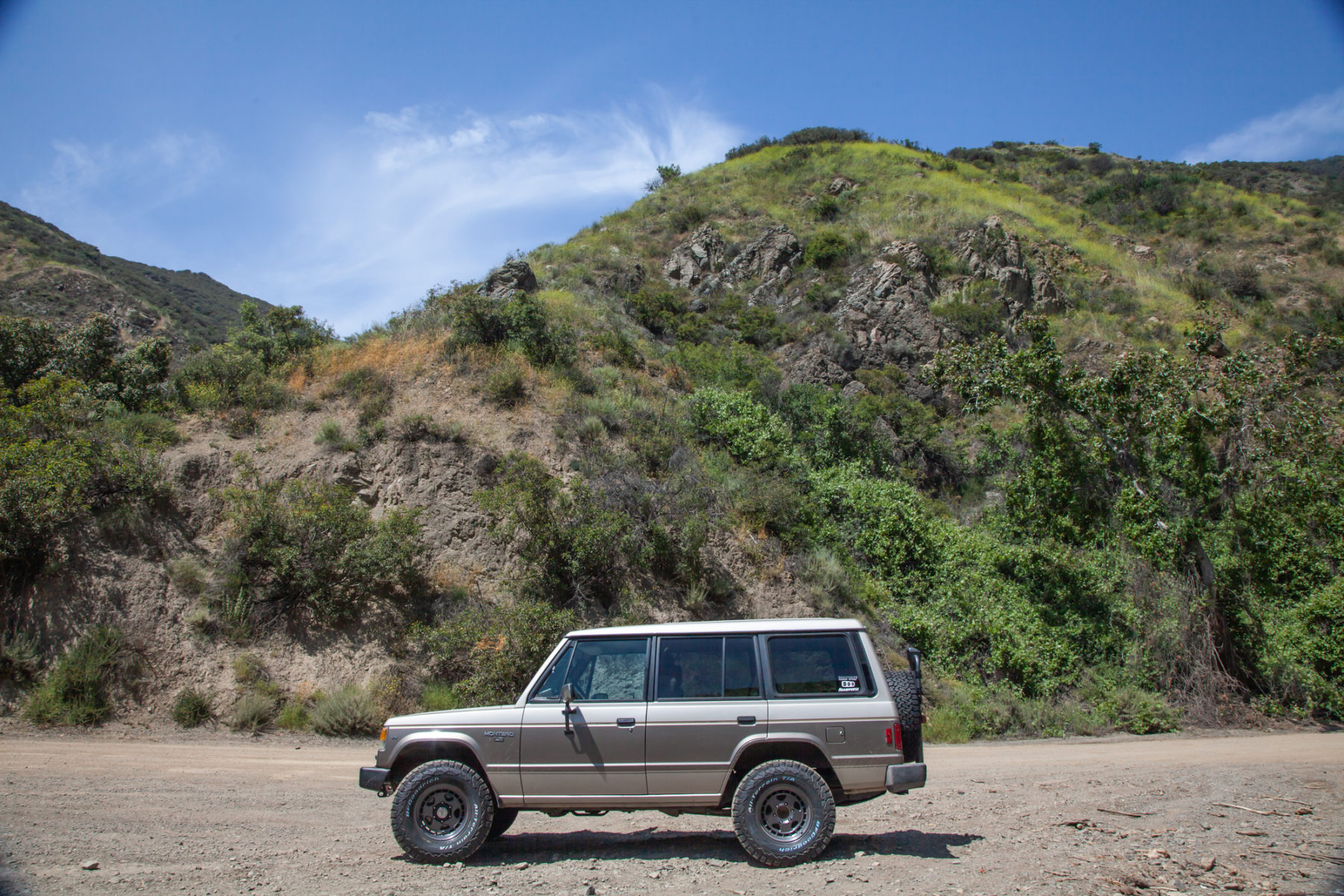 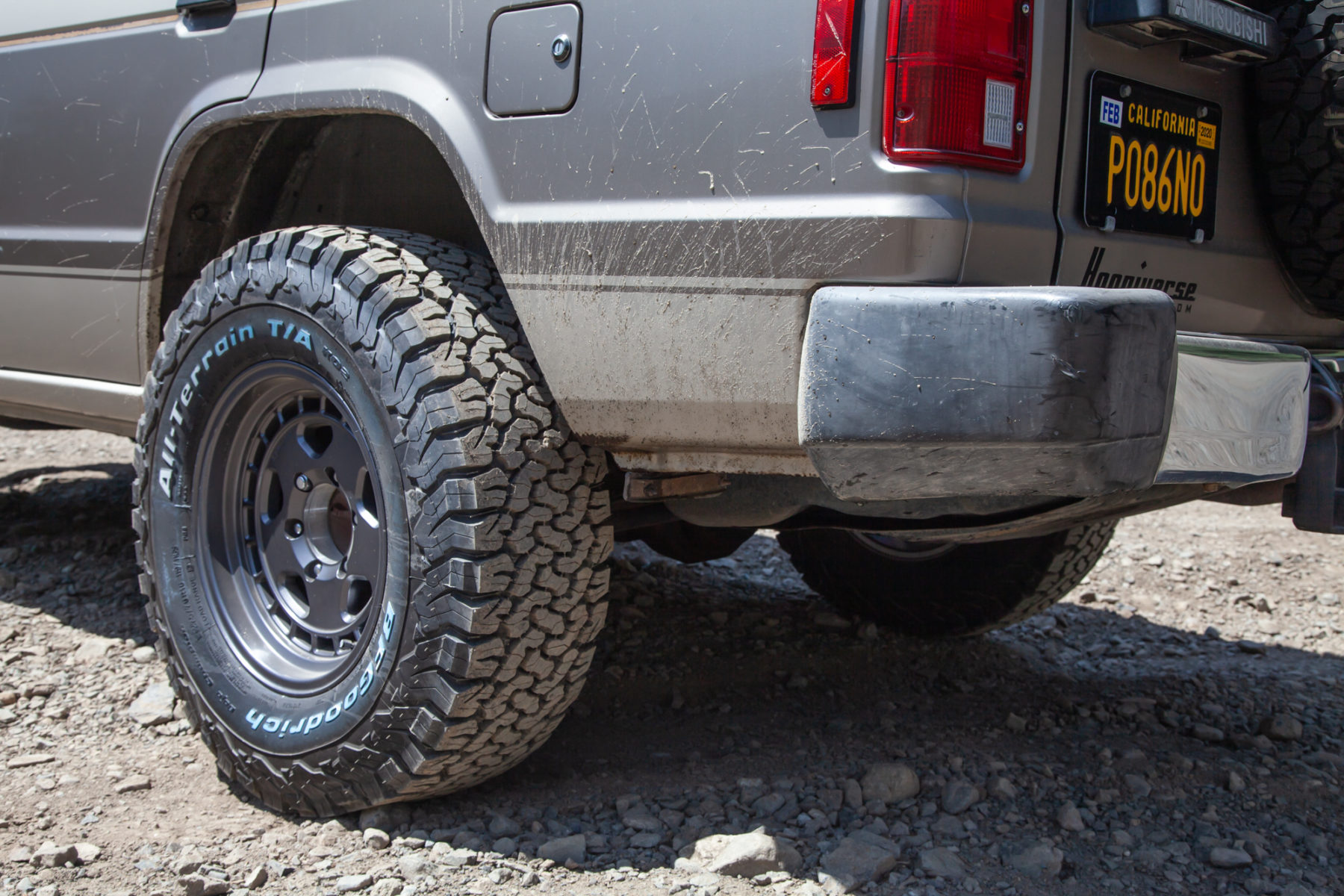 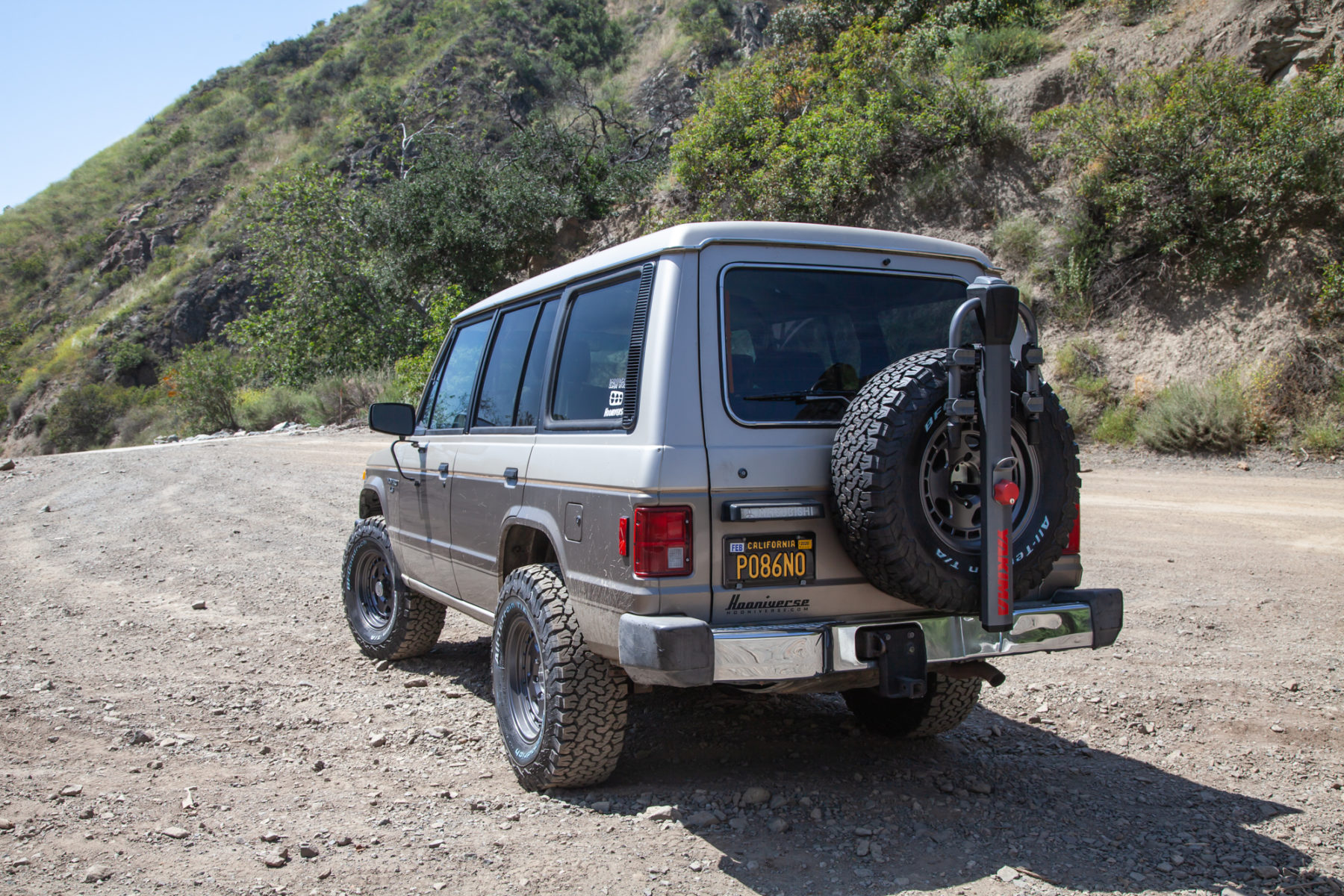 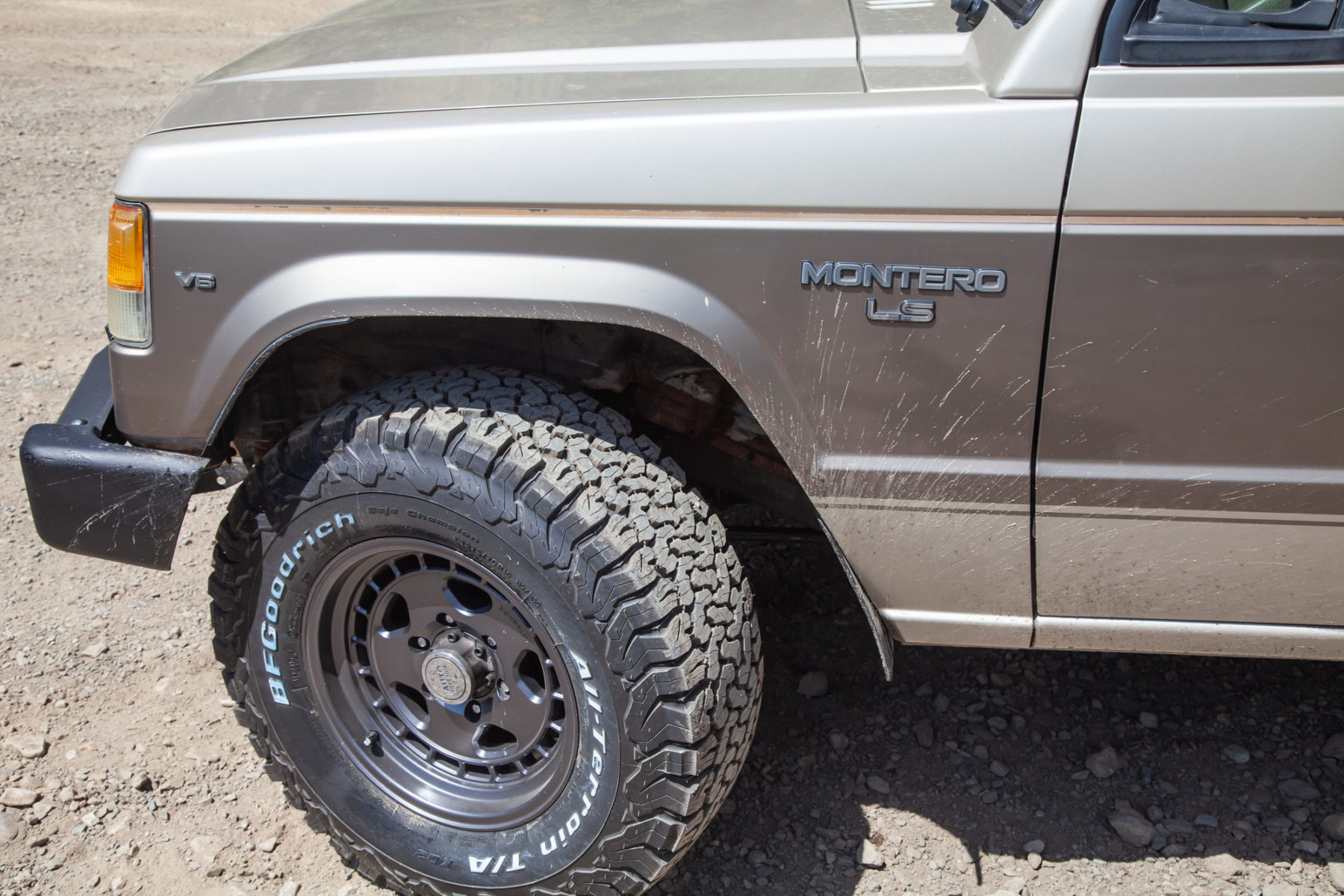 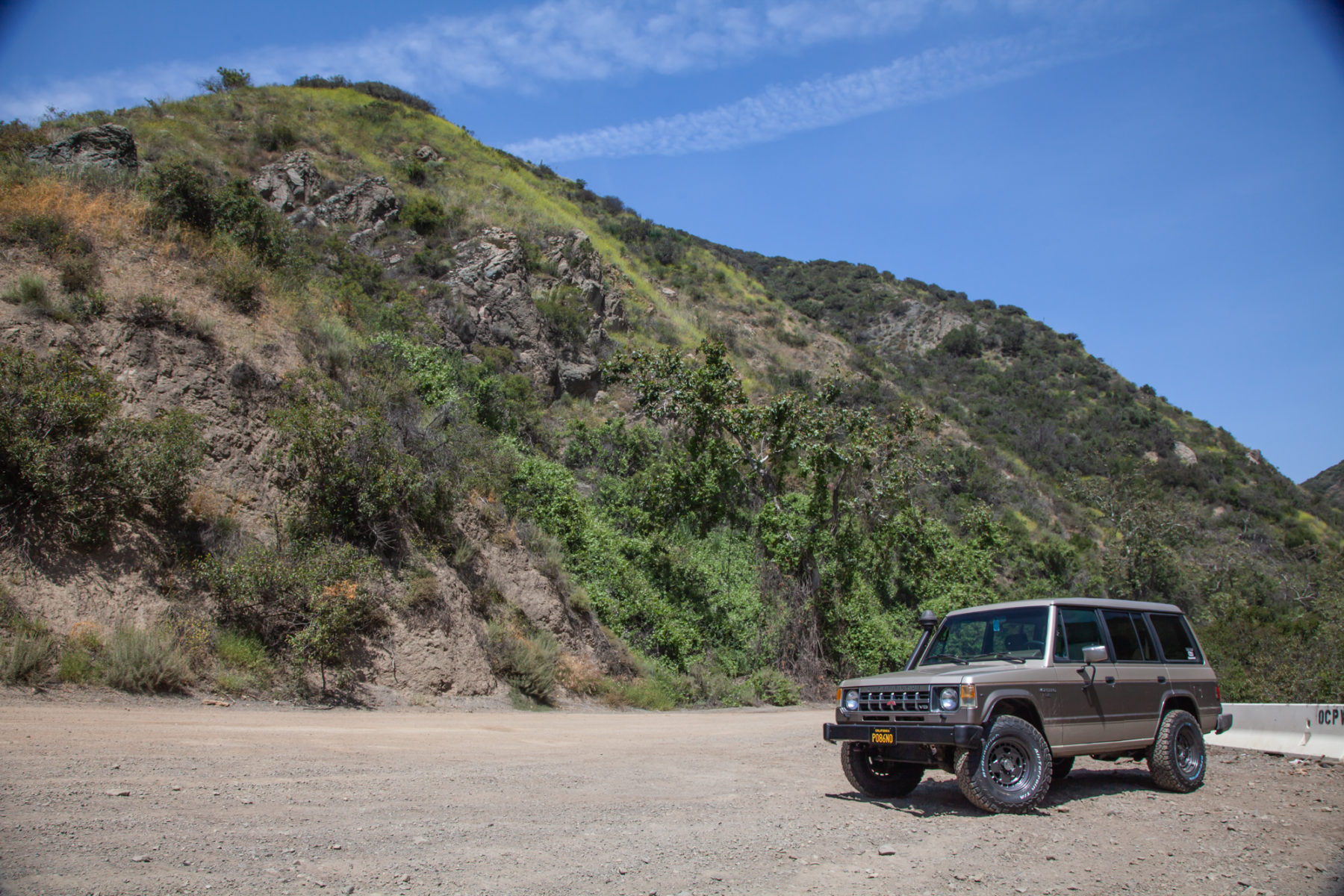 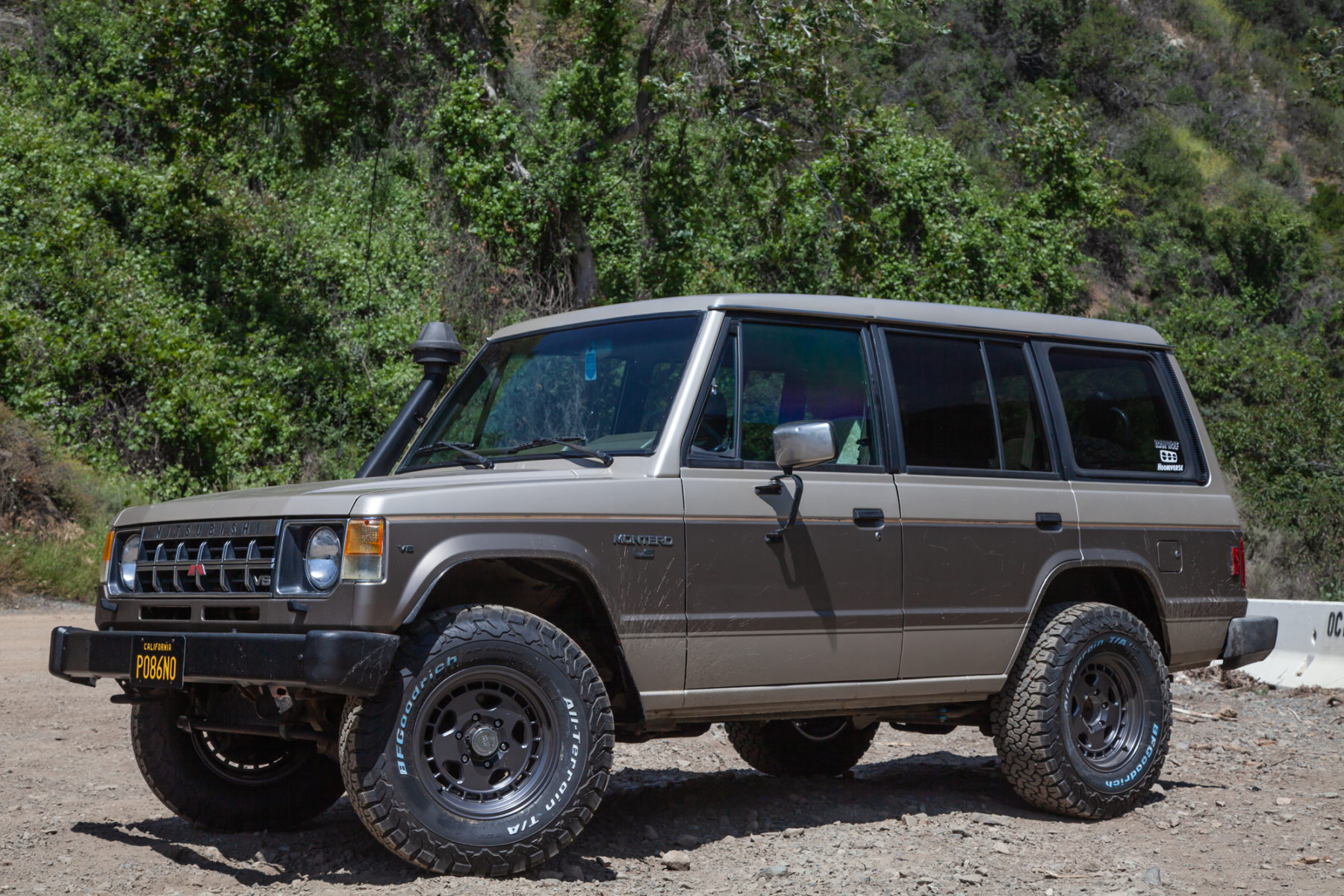