Many of you shared my excitement about the Ford Transit full-size being available with a 3.5-liter twin-turbo EcoBoost V6 engine and all-wheel-drive. But while we, car dorks, would get excited about such thing, the general public won’t. Vans, simply aren’t cool. Even minivans, as great as they are, are slow sellers.

Most people buy vans because they have to. Tradespeople, contractors, delivery businesses, mobile business sites, bank robbers, kidnappers, and shuttling services are probably the type of businesses that most full-size vans are sold to. Jack and Jill Smith are not likely to trade their Explorer in for one.

The general idea behind marketing anything is to convince an unlikely buyer that they want or need your product. Fortune 500 companies have grown from a questionable product or service that was properly marketed and managed. Can the same be done for full-size vans? 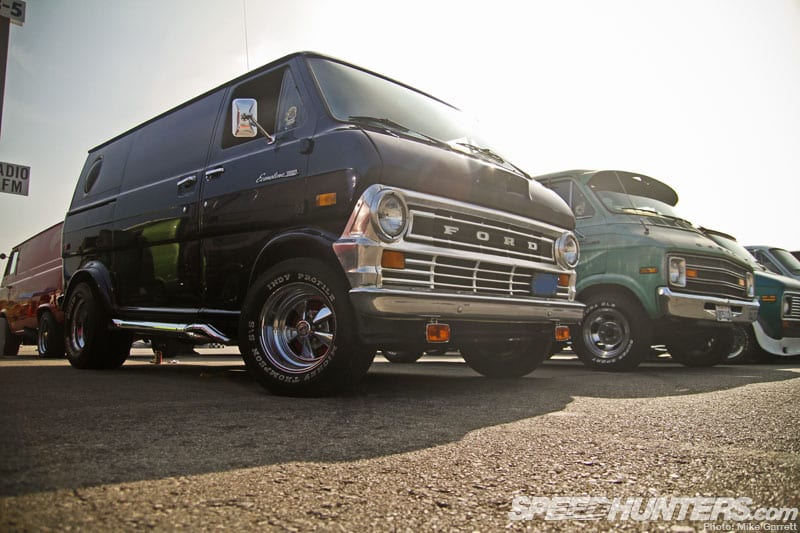 In the 1960s and 70s vanning was the thing to do. A modified full-size van was a mobile party room – just don’t come a knockin’ when the thing was rockin’. It made sense at a time when money for those wanting to party was tight. The trend continued into the 1980s and 90s where full-size vans become frequently converted into ultimate family vehicles – four large seats, raised roof, power sofa bed, a TV and VCP, some had little refrigerators. Those were as cool as they were comfortable.

If the world is anything, it is cyclical. Trends come and go, and then come back again. It’s my theory that trends often skip a generation, sometimes two. Basically, no one wants to be like their parents. 70s kids hate stations wagons just as 80s kids hate minivans. I have a feeling that 90s kids don’t love large SUVs, just as likely that 00s kids won’t like cross-overs.

So here we are, late ‘10s, about a generation or two after the vanning craze, and an interesting thing is happening. Image Google search hashtag #vanlife on your portable electronic device. The result will yield vans of all kinds and ages. In those same images will be people. Not just any people – young people. Free and happy young people in their twenties and thirties, wanting to explore the world and each other. Or perhaps they just can’t afford a decent apartment on their mediocre post-college salaries. Does any of this sound familiar? 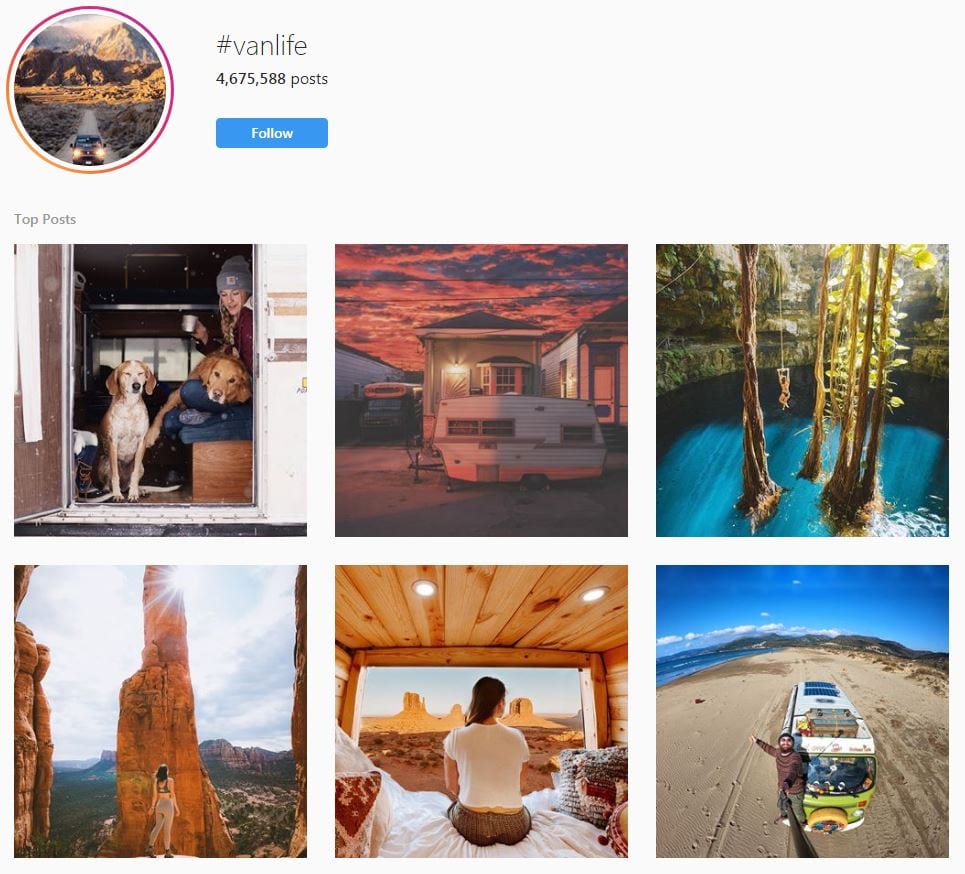 It doesn’t matter if people don’t need a full-size van. Most pickup truck buyers don’t need a pickup truck. Nobody needs a Jeep Wrangler, it’s not even a good vehicle (I’ll take my Gladiator in Billet Silver Metallic #pleaseandthankyou). But it’s easy to show people why they may want a pickup truck or a Jeep. Both of these vehicles offer freedoms, they can make life easier, and they can make you feel good about yourself. It’s equally easy to show people why they need a tiny overpowered sports car.

But how the hell do you convince someone that they need a large van? It’s a big box on wheels with nothing inside. Preconceived notions of typical van-driving people don’t help things.

And yet, there is #vanlife. It’s time to move into the present. 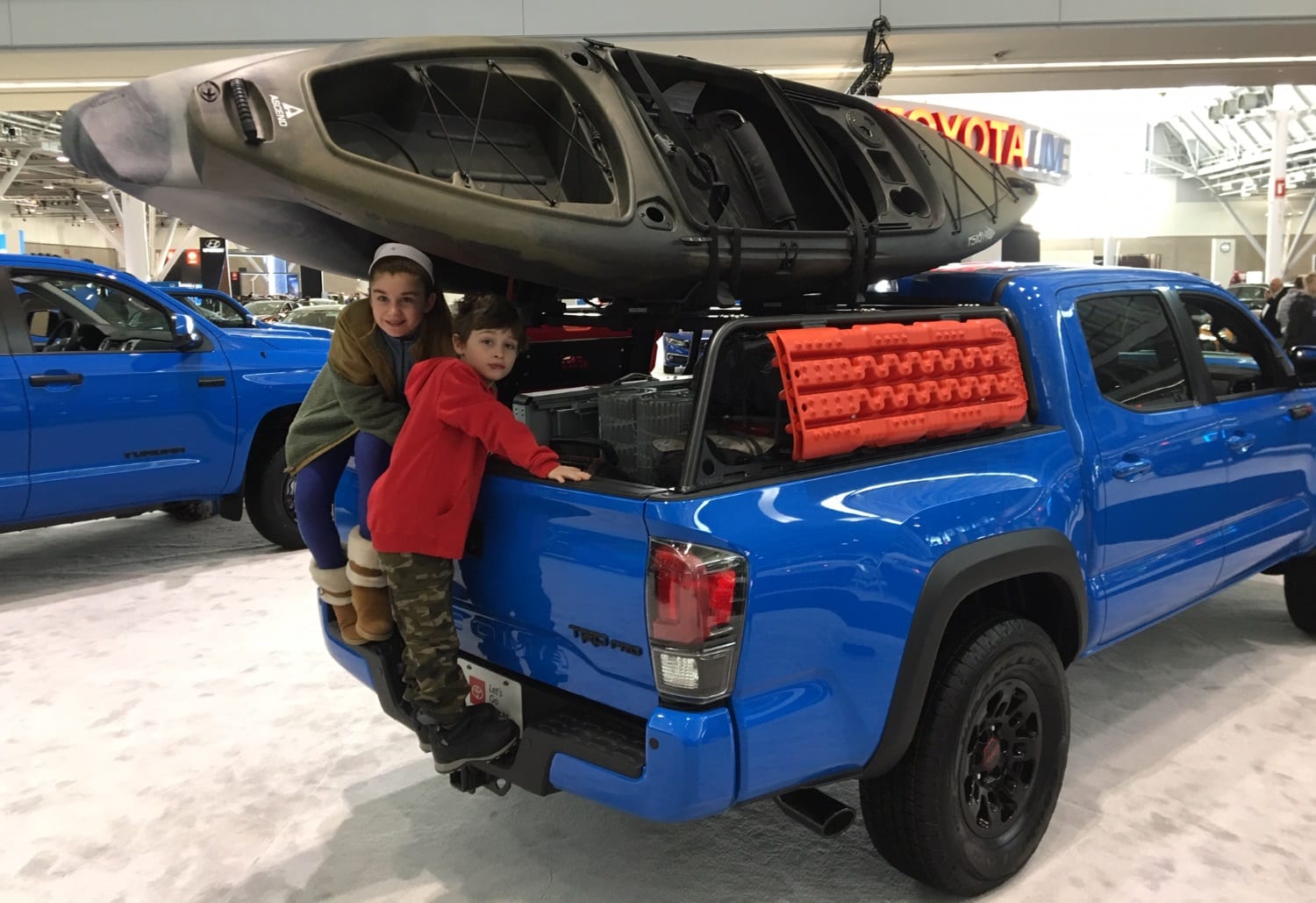 Sometime ago, likely in part to the #overlanding trend, Toyota made a deal with Yakima, maker of various racks for bikes, skis, canoes, and just about everything else. As a Toyota owner and an owner of bikes, skis, and such, that made sense to me. Fitting the right rack to one’s vehicle isn’t an easy task. But at a dealership, a properly trained sales person will chose the right rack for your vehicle and your needs. They’ll even install it for you and roll cost into your monthly payments, making you feel as though you got an amazing deal.

But it gets better. At a recent auto show I saw a Tacoma TRD Pro outfitted with some cool racks. On them were canoes and in the bed was camping gear. There was also a 4Runner with a tent on the roof. Next to it was Land Cruiser with a cool looking ski box. The new RAV4 had mountain bikes on it. But Toyota isn’t in the business of selling bikes, boats, or tents. Nope. Toyota, like every other maker of anything, is in the business of selling dreams – the car is just an object in the said dream. 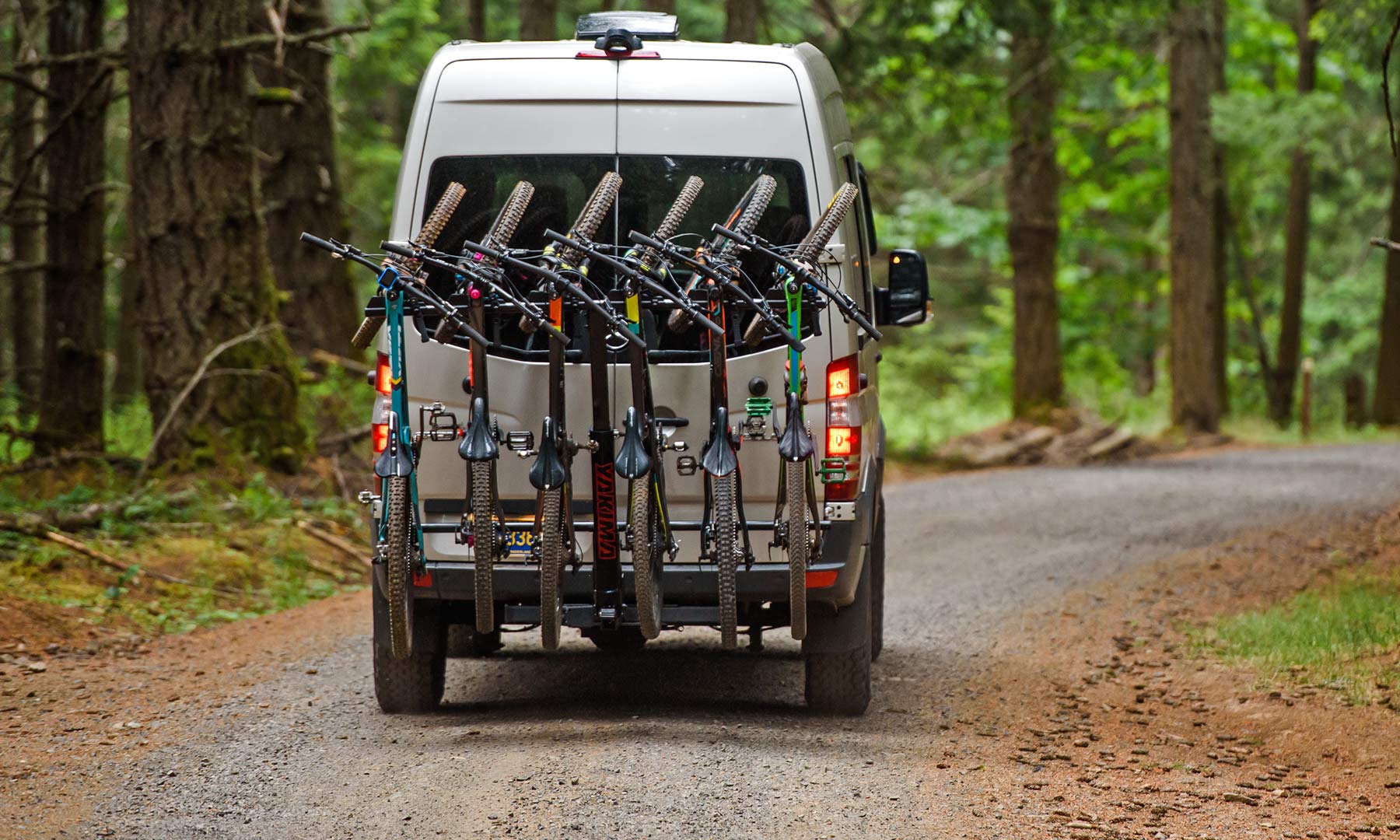 There isn’t a single damn person on the planet who dreams of a owning a full-size van. Not one. Those who need them, buy them. That’s it. That the full-size van market in a nutshell. Except… there is #vanlife.

In my adventures of buying and selling properties I learned that people have no imagination. They can’t imagine the possibilities and the potentials of a property. This is why the world of flipping houses is so fascinating to so many, even if the television shows blatantly lie about costs and schedules. These shows, in extremely simple ways, allow people to see the before and after. Like Bob Ross’ shows, they take a blank canvas and they fill with beautiful things that most people can’t easily imagine.

If there is a vehicle that is a blank canvas, it is the full-size van. It’s the only vehicle that can have two seats or 15 seats. Unlike a pickup truck, its cargo area is accessible from the side and the rear, and it is longer, with a higher capacity. Planking in a mattress or half a dozen bikes does not require any modifications. Minimalist and outdoorsy is where it’s at now and I can’t think of better vehicle than an AWD full-size van for that. Likewise, like the conversion vans of the 80s, it’s an excellent family road trip vehicle. 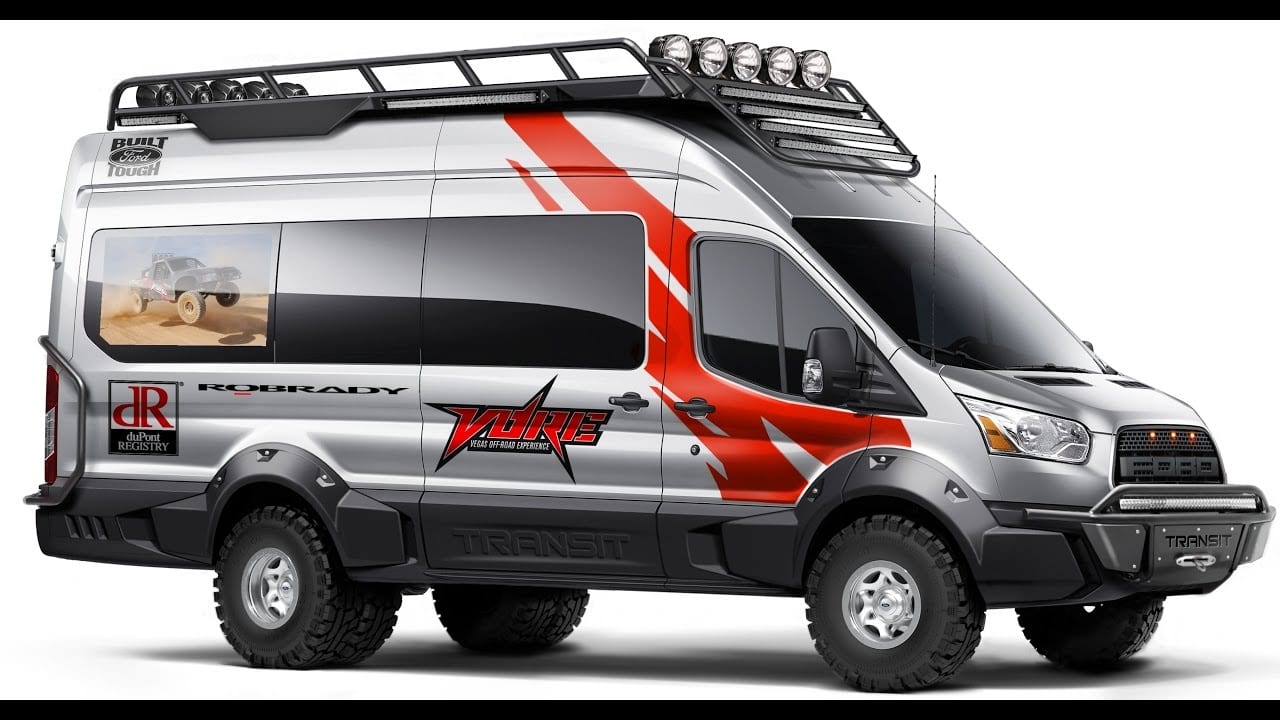 In all this I intentionally left out one group – families with kids. As a father of two I constantly see families traveling to far away sporting events, camps, clubs, competitions, or races. I saw minivans with two roof boxes on them and SUVs with seven bikes. I’ve seen people eat, sleep, work, and simply take shelter in their vehicles during those weekends. These people don’t know how much happier they would be in an appropriately setup van. Not if you don’t show them. 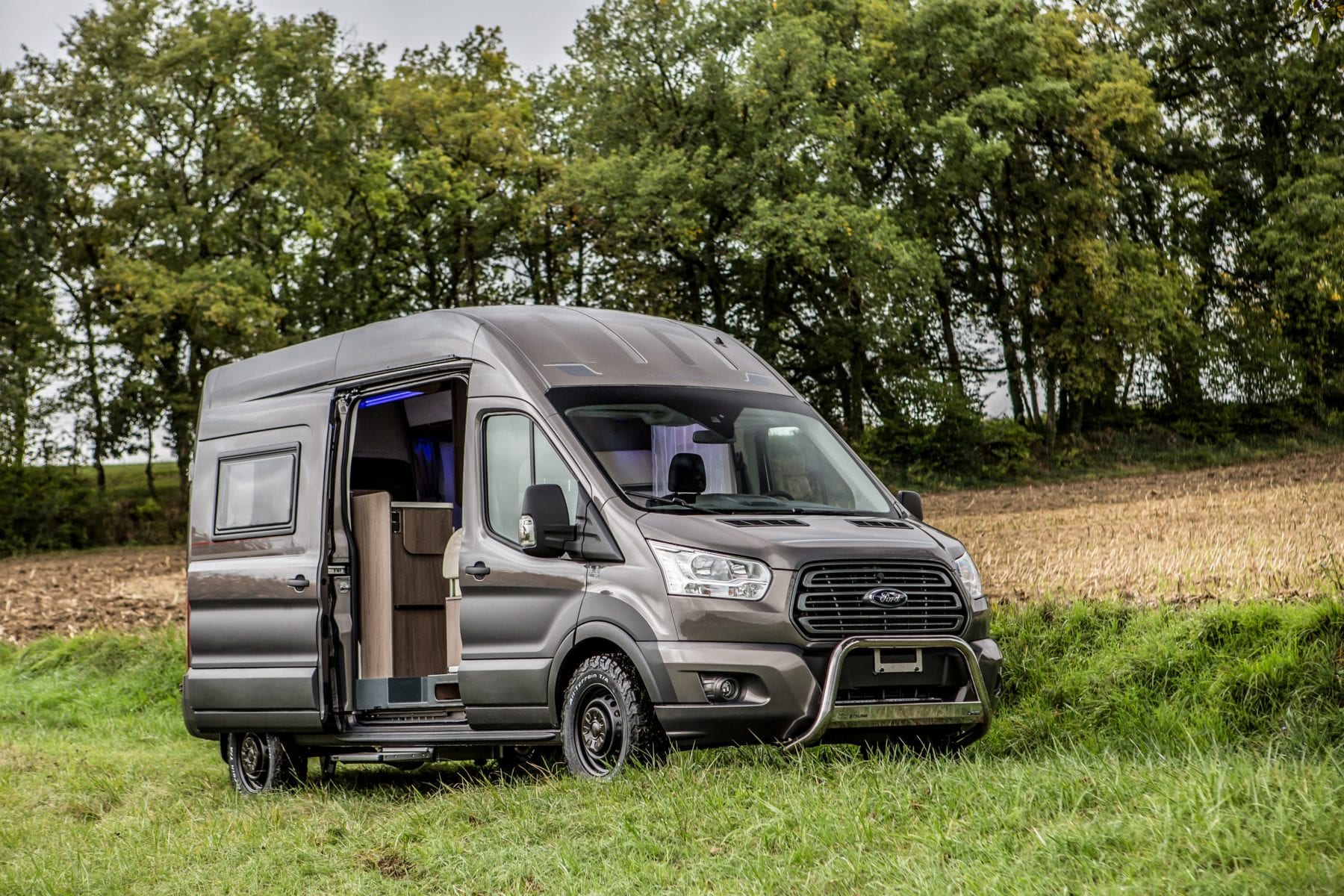