With twin-turbo and AWD, is it wrong to be excited about the 2020 Ford Transit?

In the middle of the Geneva Auto Show, Ford dropped a press release about its US-market vehicles. It included things about commercial vehicles, specifically the F-600, which unsurprisingly slots in between the F-550 and the F-650. It also included model year 2020 updates to the Ford Transit van.

The updated Transit van gets new front fascia and headlights, standard active safety features, updated infotainment, and a WiFi hotspot. But the biggest changes are the ones not easily visible. Under the hood, Ford now gives a choice of two all-new engines: a 2.0-liter EcoBlue® bi-turbo I4 diesel and a 3.5-liter V6 gasoline engine with port and direct fuel injection. For some reason Ford does not like to provide power numbers in their press relases but it said that the “2.0-liter EcoBlue® bi-turbo I4 diesel engine is more fuel-efficient and offers more power and torque than the outgoing 3.2-liter diesel engine.”

The 3.5-liter twin-turbo EcoBoost will also continue to be available. For 2020 all of those engines will be mated to ten-speed transmissions, which have been available in the F-150 for a while now. While these are great transmissions, we have found them to be slightly conservative in up-shifting in normal driving mode. 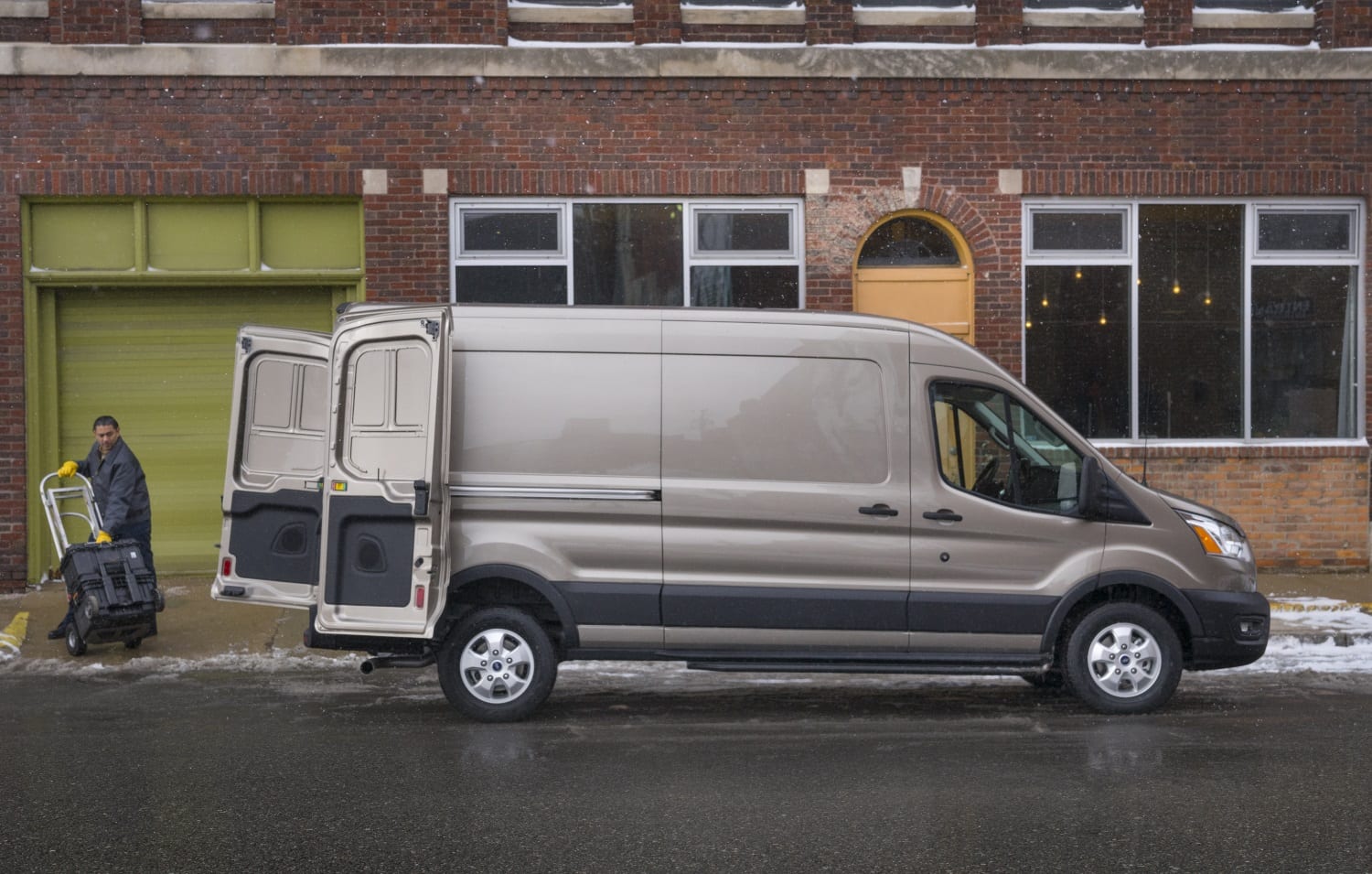 The really big news is the availability of all-wheel-drive. Annoyingly, Ford does not say on which models or with which engines the new AWD system will be available – let’s assume all. Importantly, the integration of the AWD system does not raise the load floor or seat height. The rear biased system can send all of its power to the front wheels if needed, and there are drive modes for various slippery and off-road-y conditions.

This fact needs to be further underscored – Ford’s cargo van will available with a powerful twin-turbo V6 and all-wheel-drive! 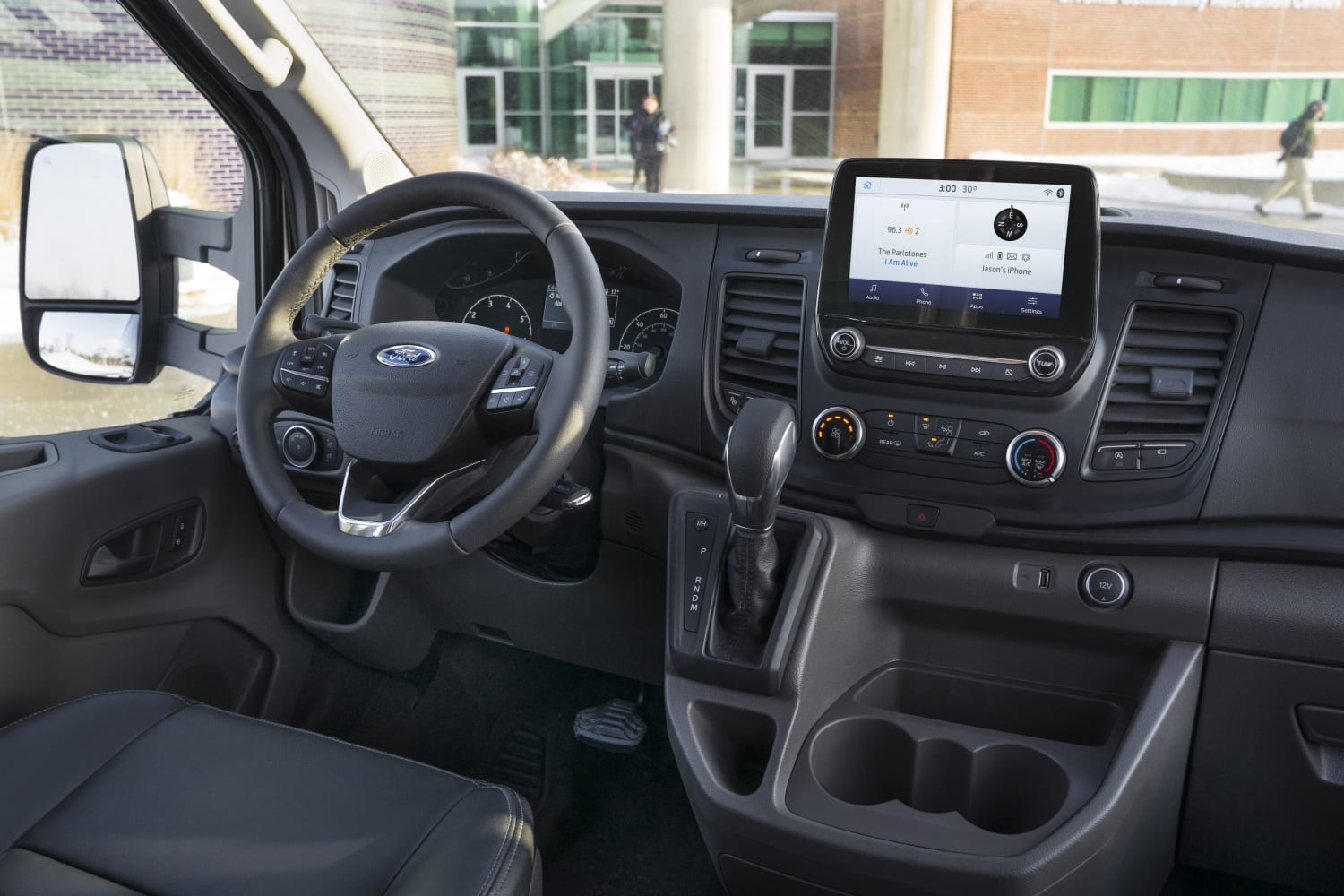 But wait, as the man in the infomercial says, there is more! Also new for 2020 is the availability of a new Crew Van. The crew van carry five people in two rows of seating, which leaves a huge cargo area behind the second row. And an optional power sliding door is available, too. Unfortunately Ford did not provide any pictures of the crew van, arguably the most interesting of the three.

Burnouts and the GMC badge aside, it now maybe a good time for a remake of The A-Team.

The combination of crew van, EcoBoost V6, and all-wheel drive will not only make the Transit a cool commercial vehicle. It will also appeal to the #vanlife people, who build-up their vans to live and travel in. Three roof height and three length options offer a ton of possibilities. With the good power and traction of AWD, bank robbers will find it worthy of consideration more than ever.

Further, the extreme sporty people who travel to extreme-ish locations with their extreme gear to sit in bars and talk about doing extreme things will also love it because it is bigger and more comfortable than SUVs, but also is not an SUV, which is something that their parents drive. And there are sure to be accessory racks and ladders available so that they can show off their extreme equipment. And the Transit can also pull a good size trailer for the transport of extreme motorcycles, and extreme ATVs, and extreme water things.

When I was a kid my parents had a ’91 Dodge conversion van. I loved that thing. Is is time to start loving full-size vans again? Perhaps. Long live the van! 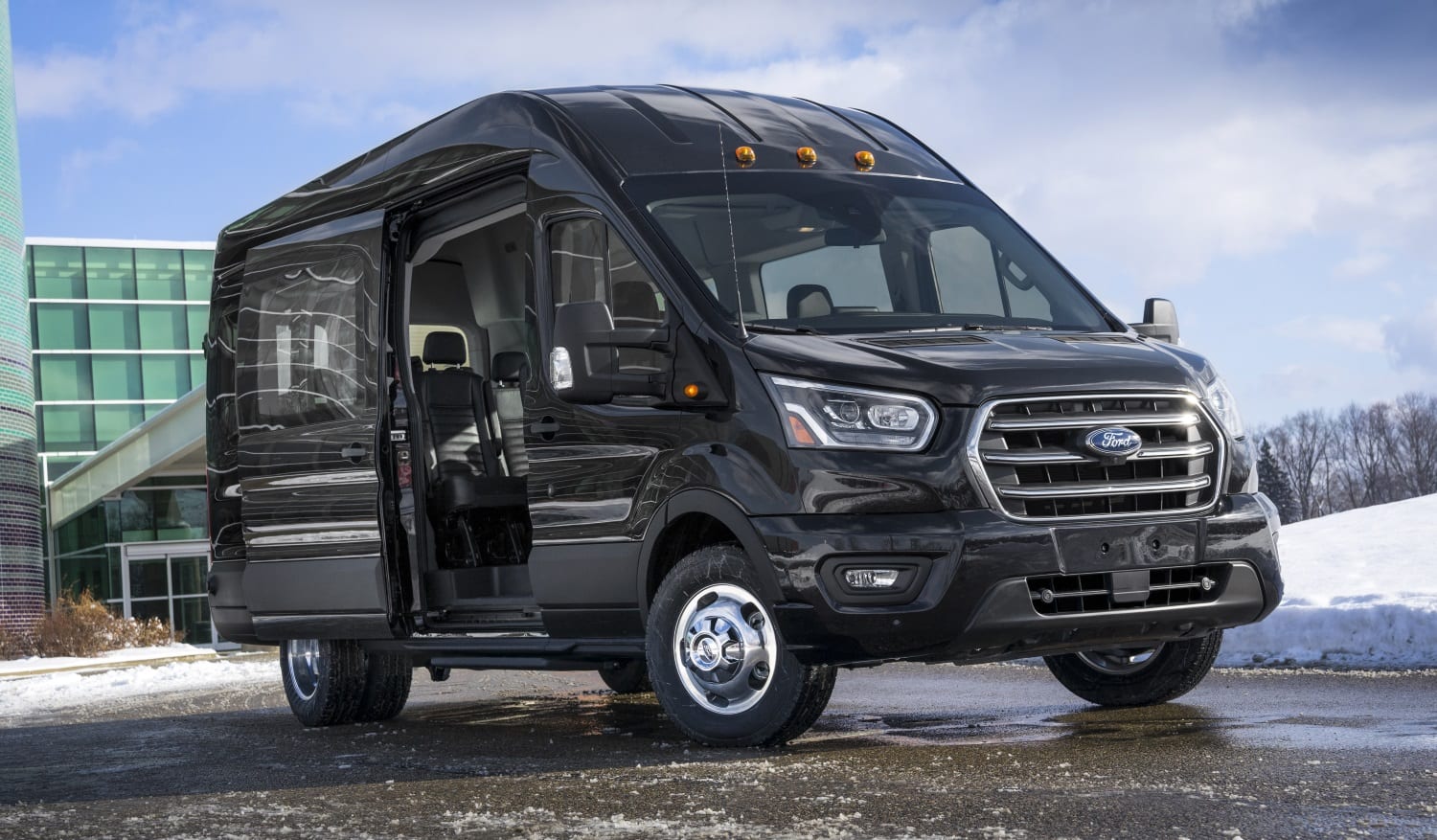 All pictures were supplied by Ford. Also, Ford, your pictures need to be better.