The Aston Martin Vantage is a pretty damn swell thing. As is the latest Aston Martin DBS Superleggera. Combining the best bits of both cars could also lead to something special. Aston Martin knows this, which is why the V12 Speedster has come to be. But this car isn’t just a mash-up of the two other vehicles. Aston Martin has gone a bit loco on this one, which is why there’s no roof, glass coverings for helmets that will likely never be worn, and a price tag that starts at $950,000. 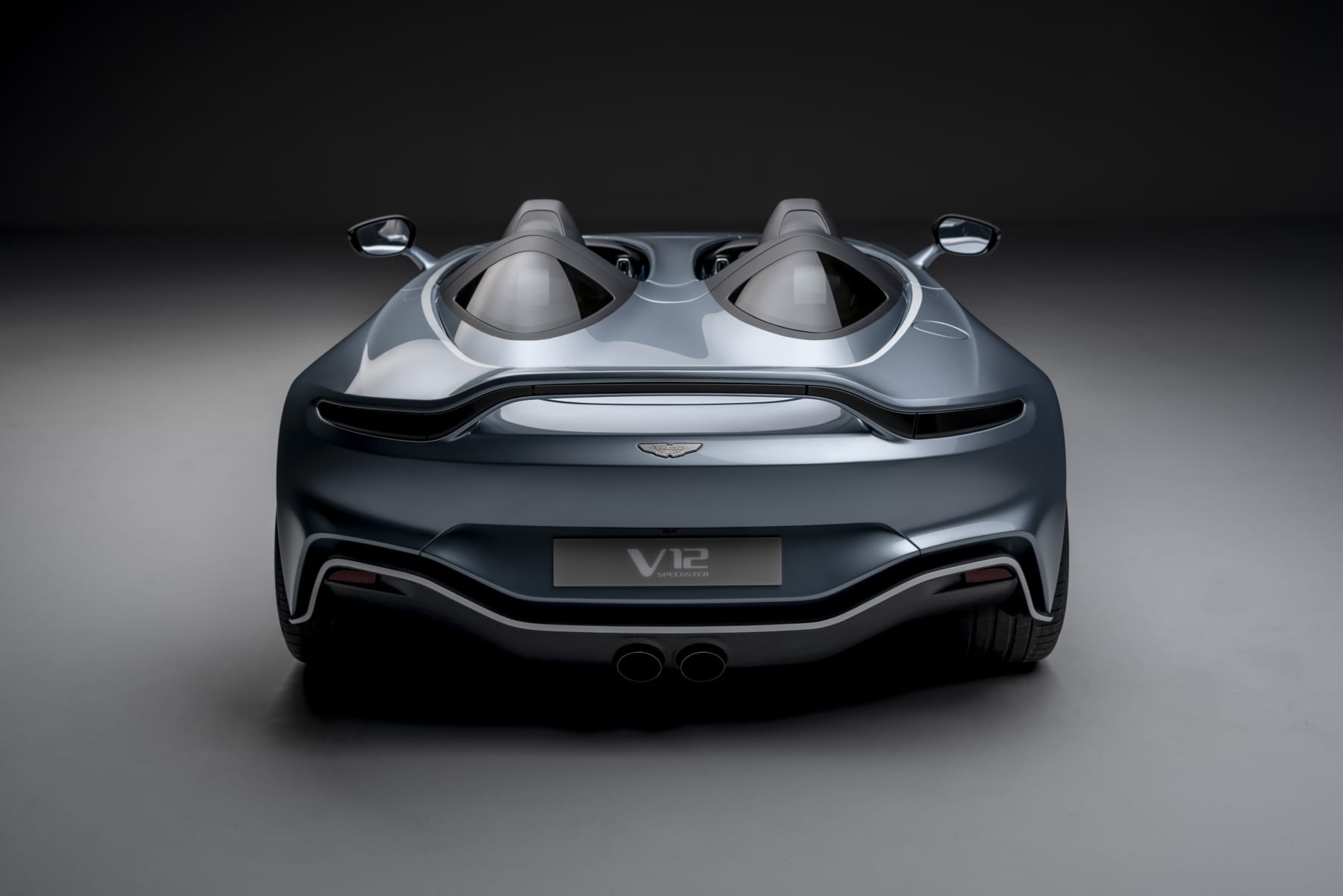 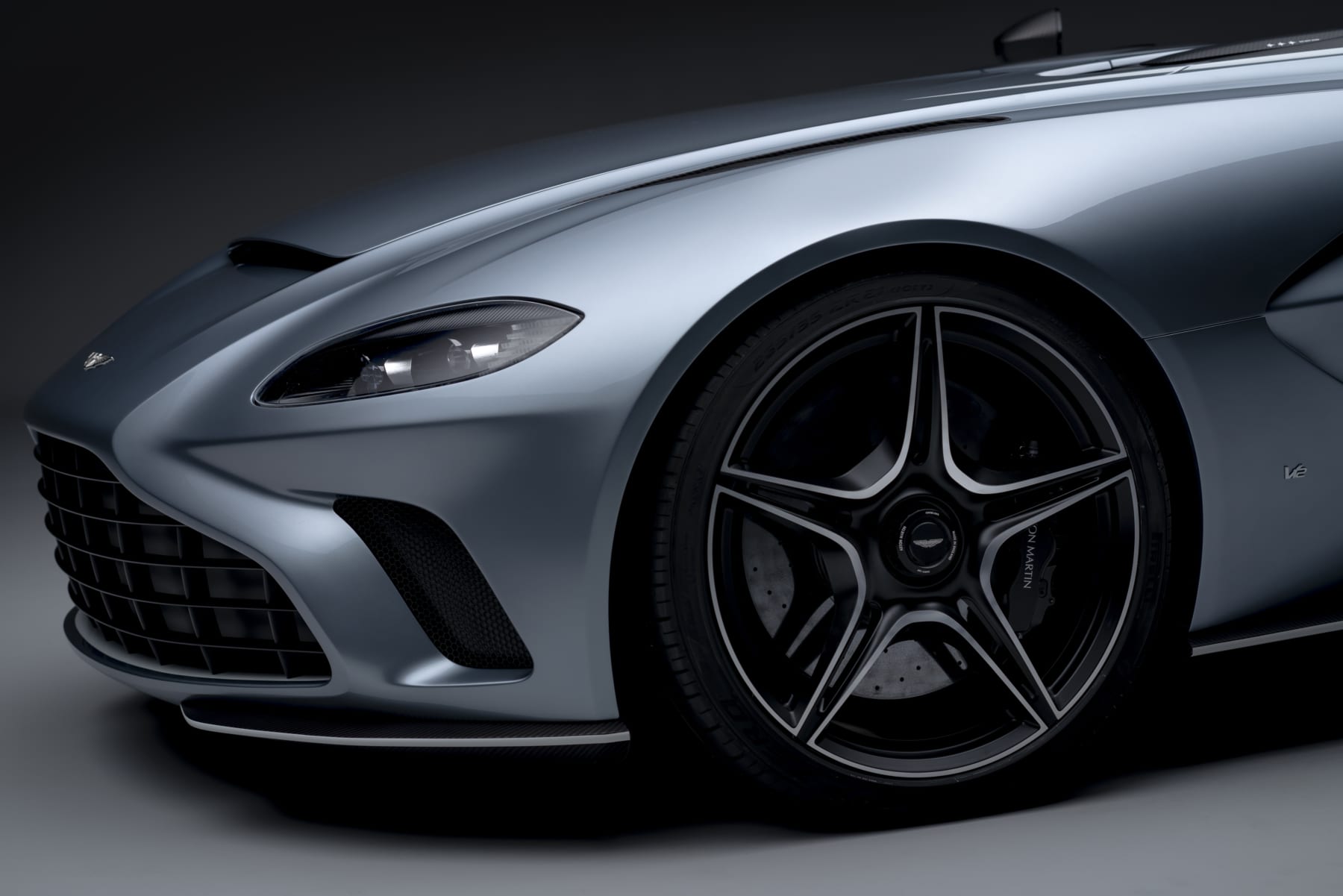 Aston Martin calls the V12 Speedster a unique platform. What that means is that the engineers and wrench turns have combined bits from both the DBS and Vantage to create this super speedster. There’s not a fresh, separate chassis under there. It’s the bonded aluminum architecture found on the rest of the AM lineup. But it’s great that it allows the automaker to create limited-run roofless wonders like this V12 Speedster.

The engine is the 5.2-liter V12 unit that huffs and puffs through a pair of turbochargers. It produces 700 horsepower and somewhere north of 555 lb-ft of torque. Aston Martin calls those estimates, and we’re curious why they just don’t quote the DBS power figures. That car produces 715 horsepower and 664 lb-ft of torque. Regardless, Aston Martin is building just 88 examples of this bespoke beauty. 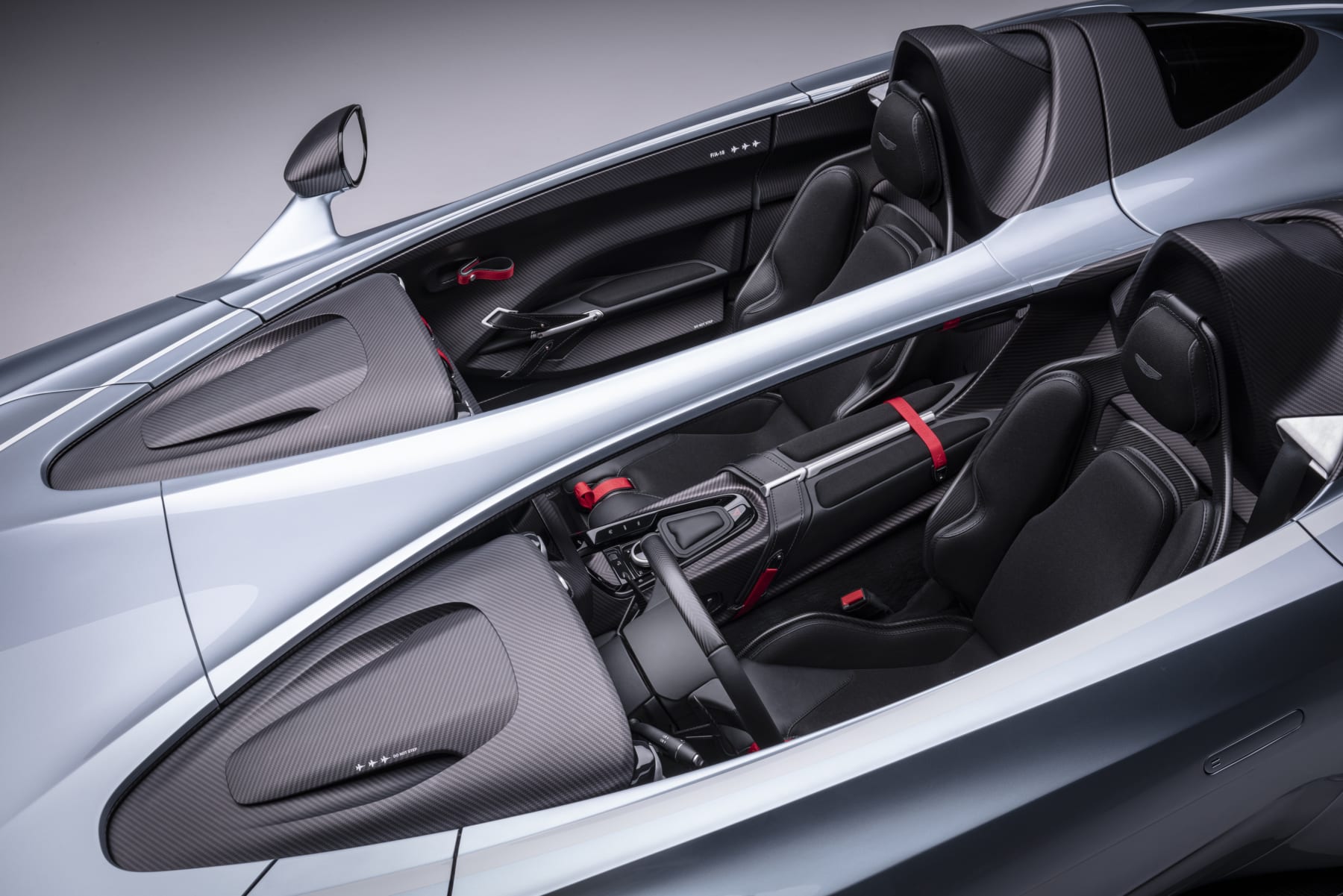 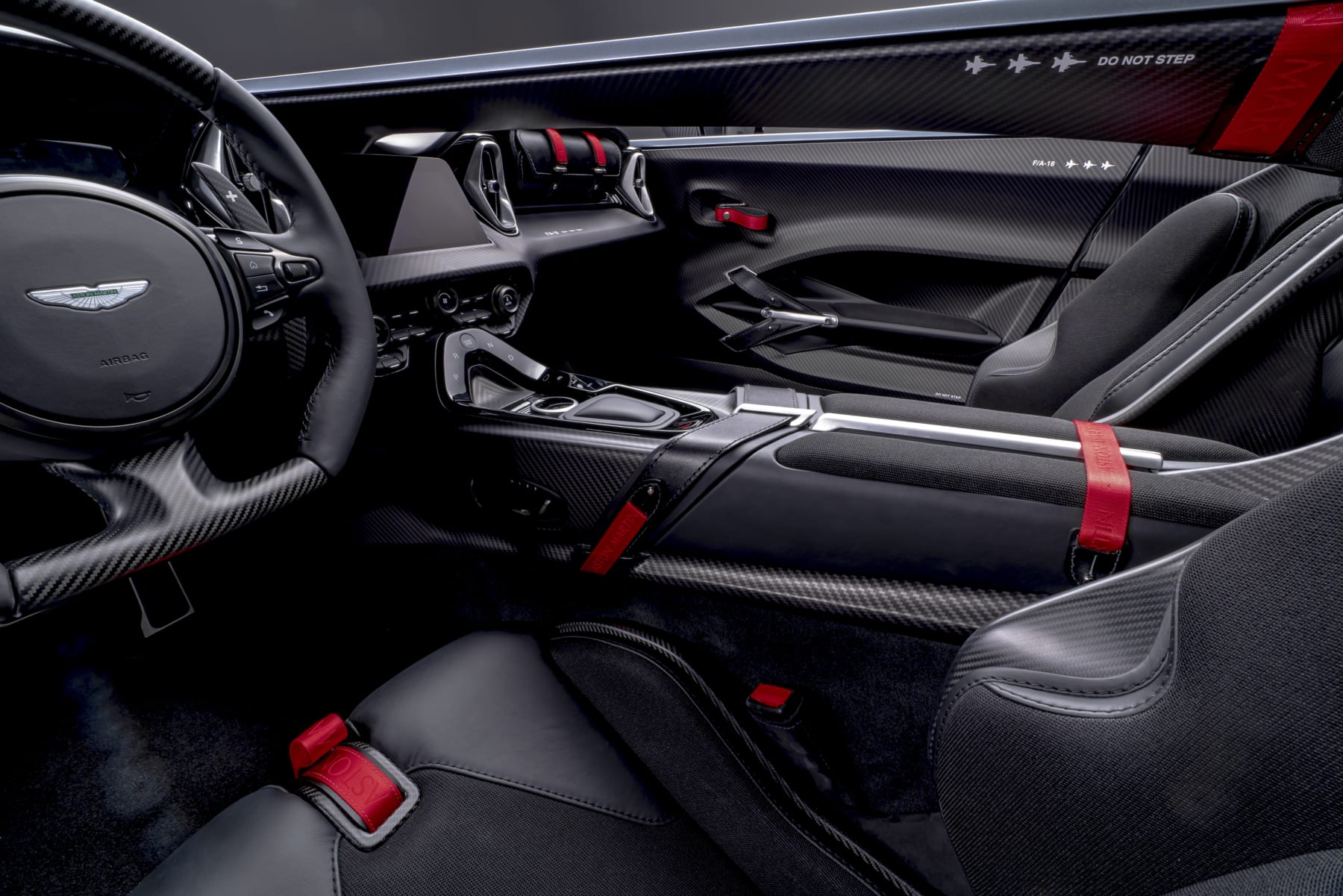 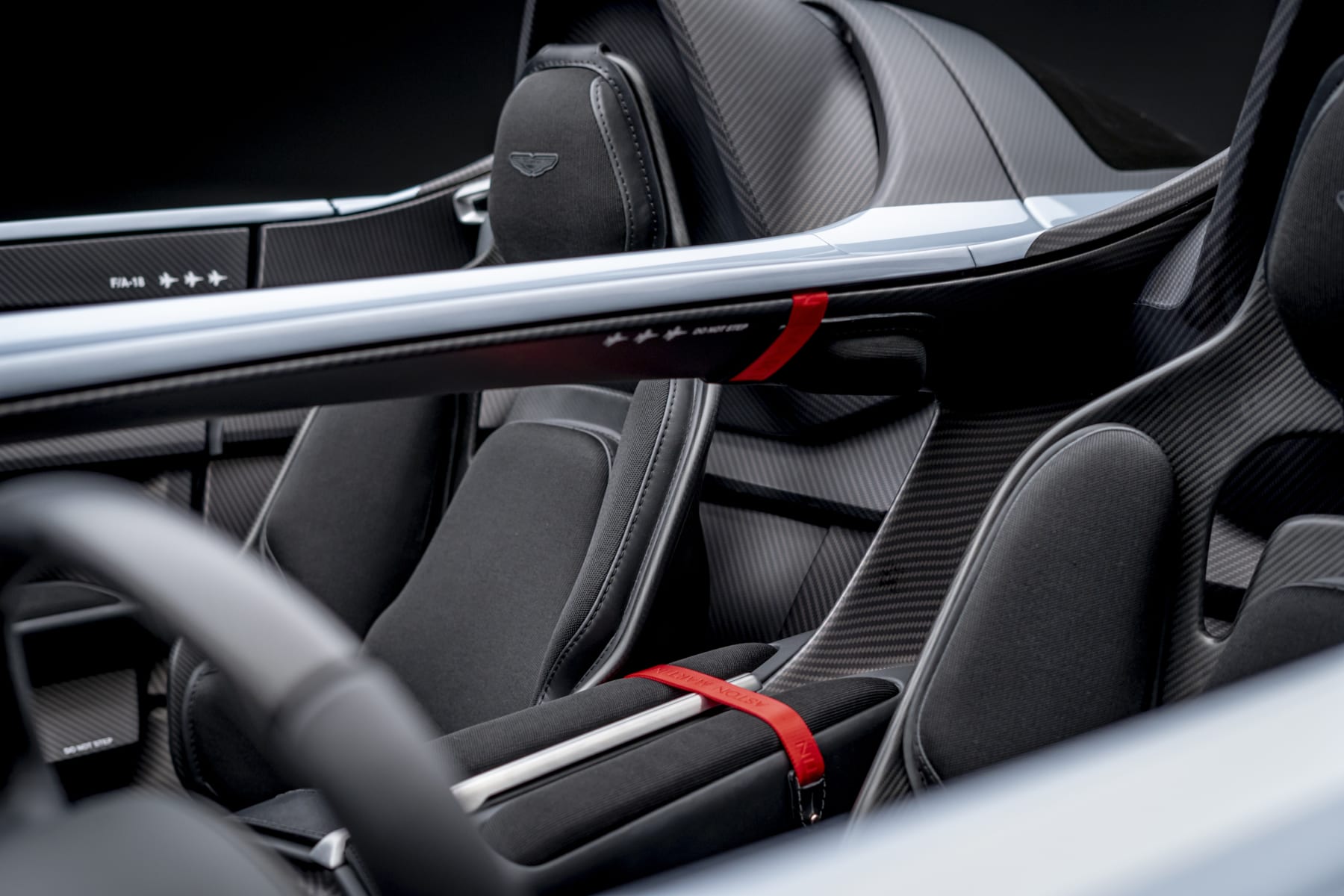 It’s quite cool in that it’s an aspirational super toy. But it also has an odd bit related to the interior style choices. Aston Martin are partnering with Boeing on this specific build. By that I mean the interior livery reflects that relantionship. It’s an effort to showoff the Q by Aston Martin customization possibilities. In this case, the car pays homage to… the F/A-18 fighter jet? That’s a jet originally designed by McDonnell Douglas (yes, I know they merged with Boeing) and one not operated by the United Kingdom. 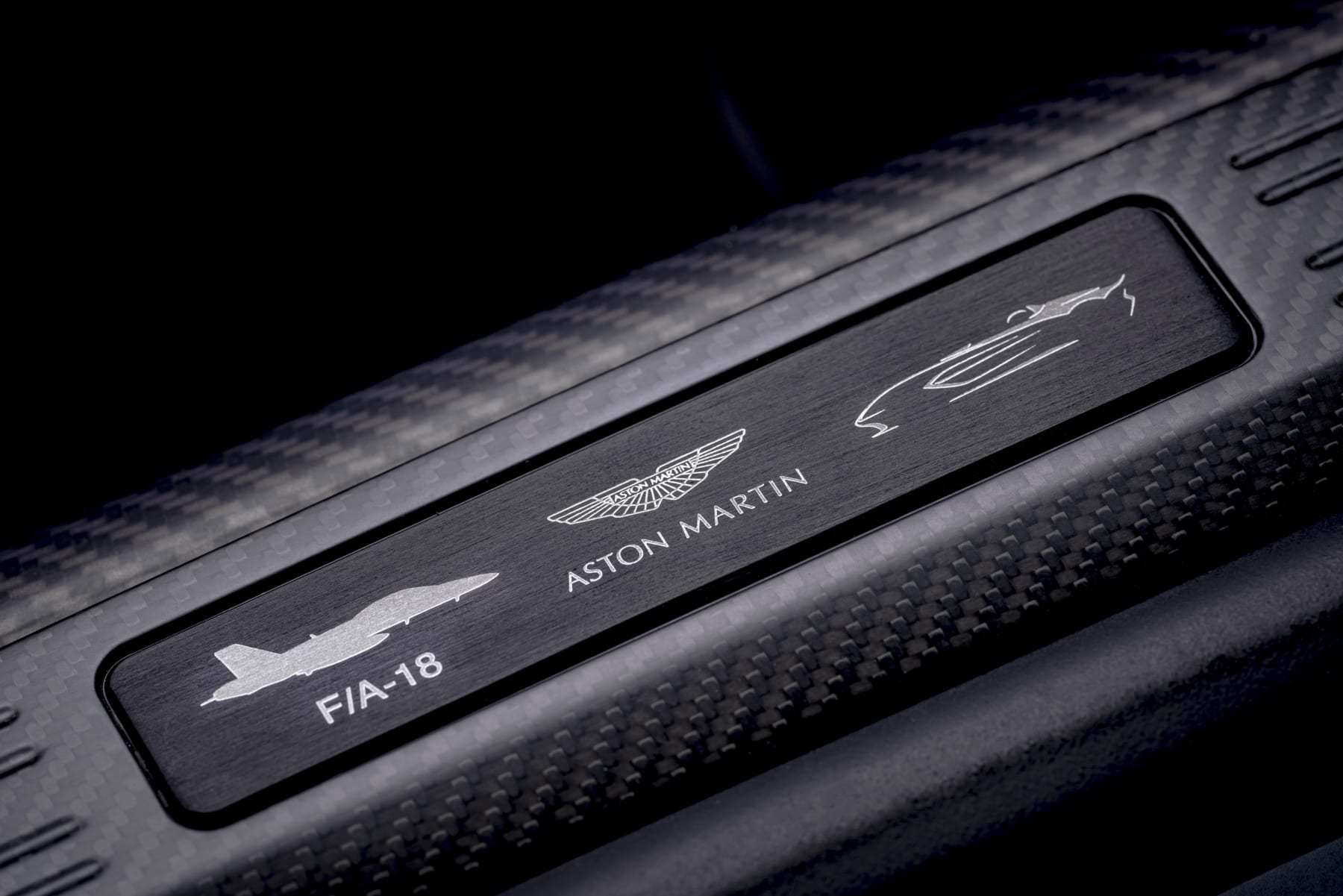 I understand the desire to tie in fighter-jet mystique to a wild, road-going supercar. But this feels ultra forced. Unless this car is specifically destined to land in the garage of some high-up Boeing exec, I just don’t get the decision to apply the F/A-18 homage here. Great jet. Cool car. The two don’t need to play together though.

Regardless, I will say that I’m a fan of this Aston Martin V12 Speedster. It looks insane and beautiful at the same time, and it must be an absolute pleasure to hear that V12 engine roar without a roof to block the sound. Though if an owner decided to take this to its 186 mph top speed, we hope they also don a fighter-jet spec helmet. Might as well complete the look at that point, right? 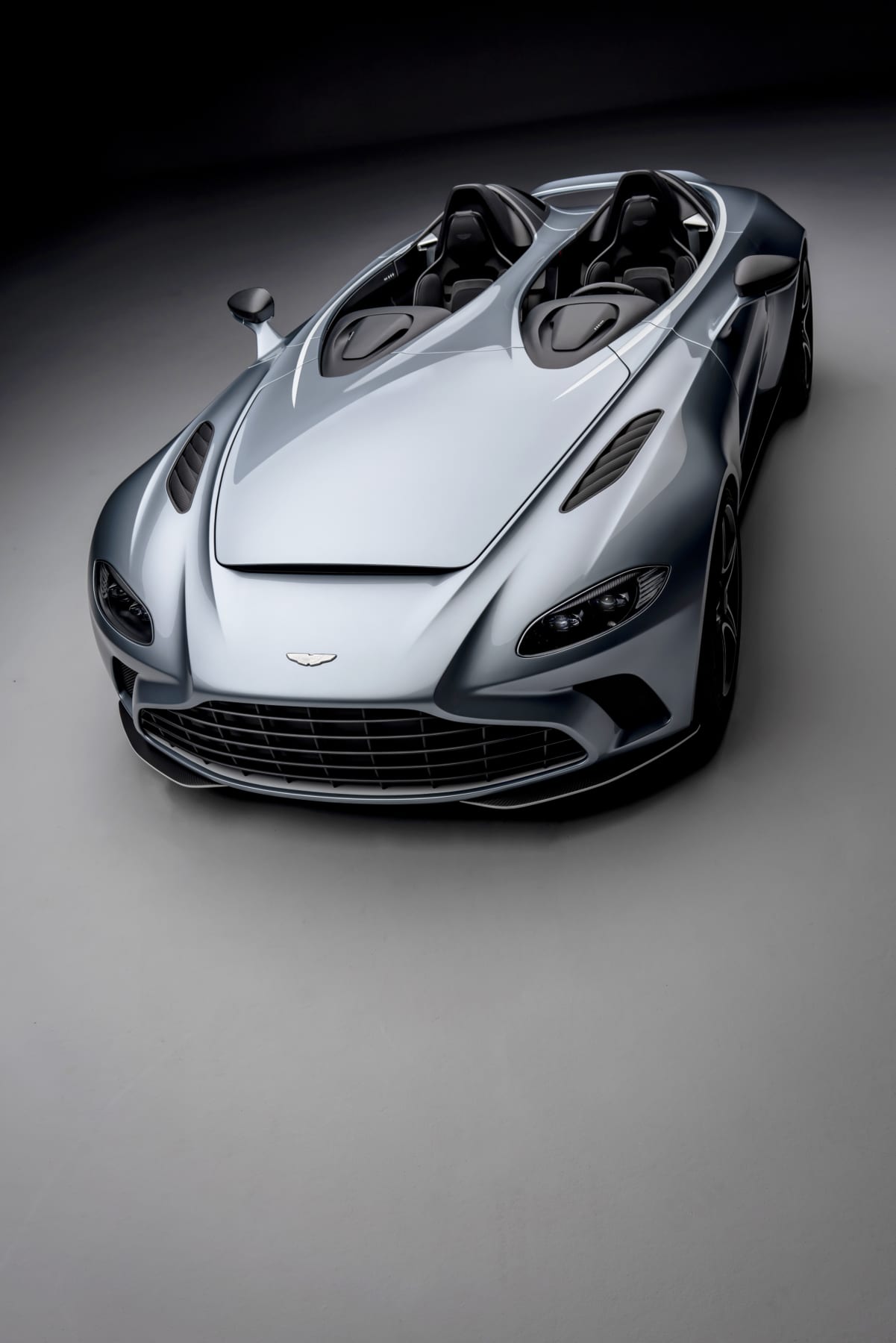 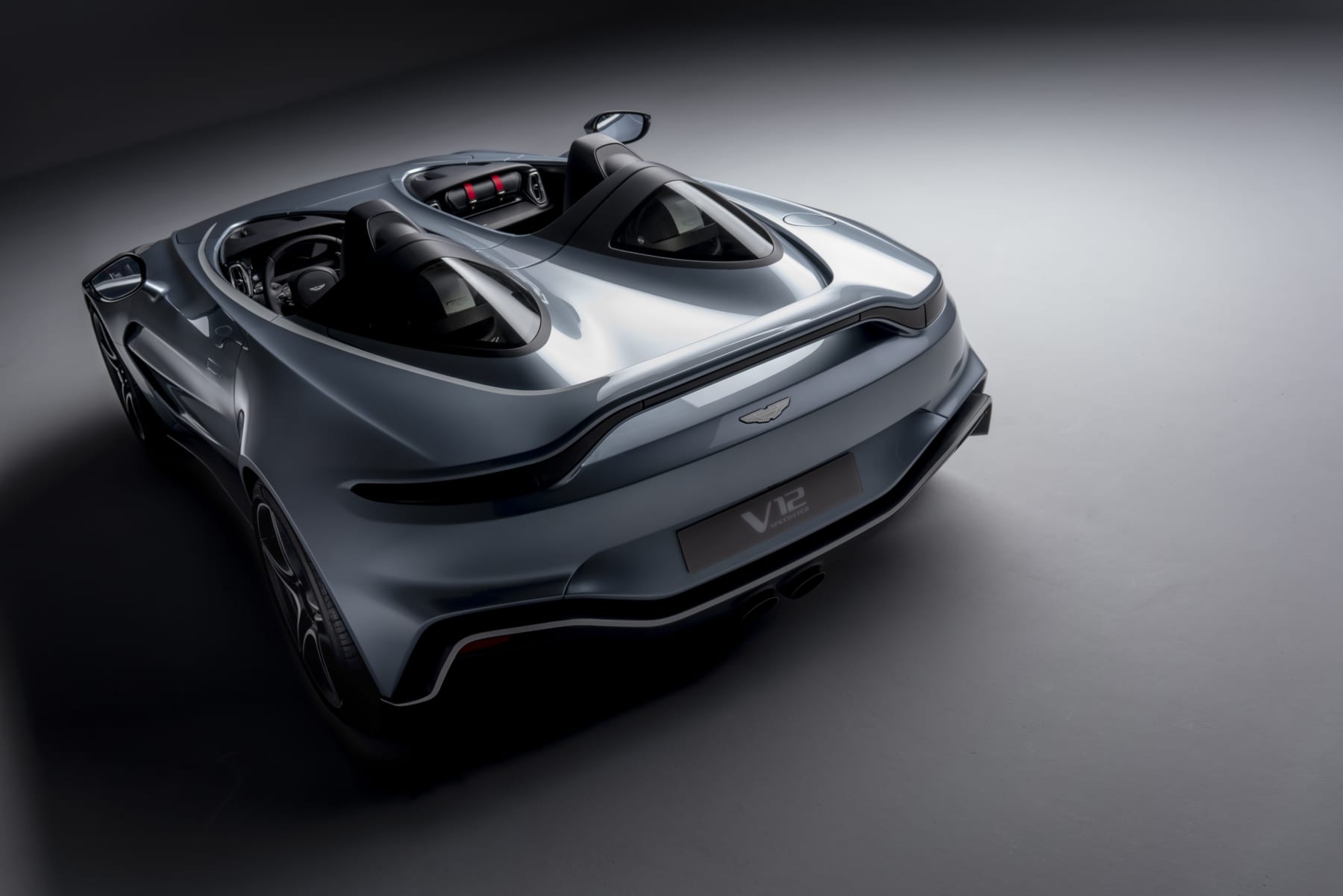 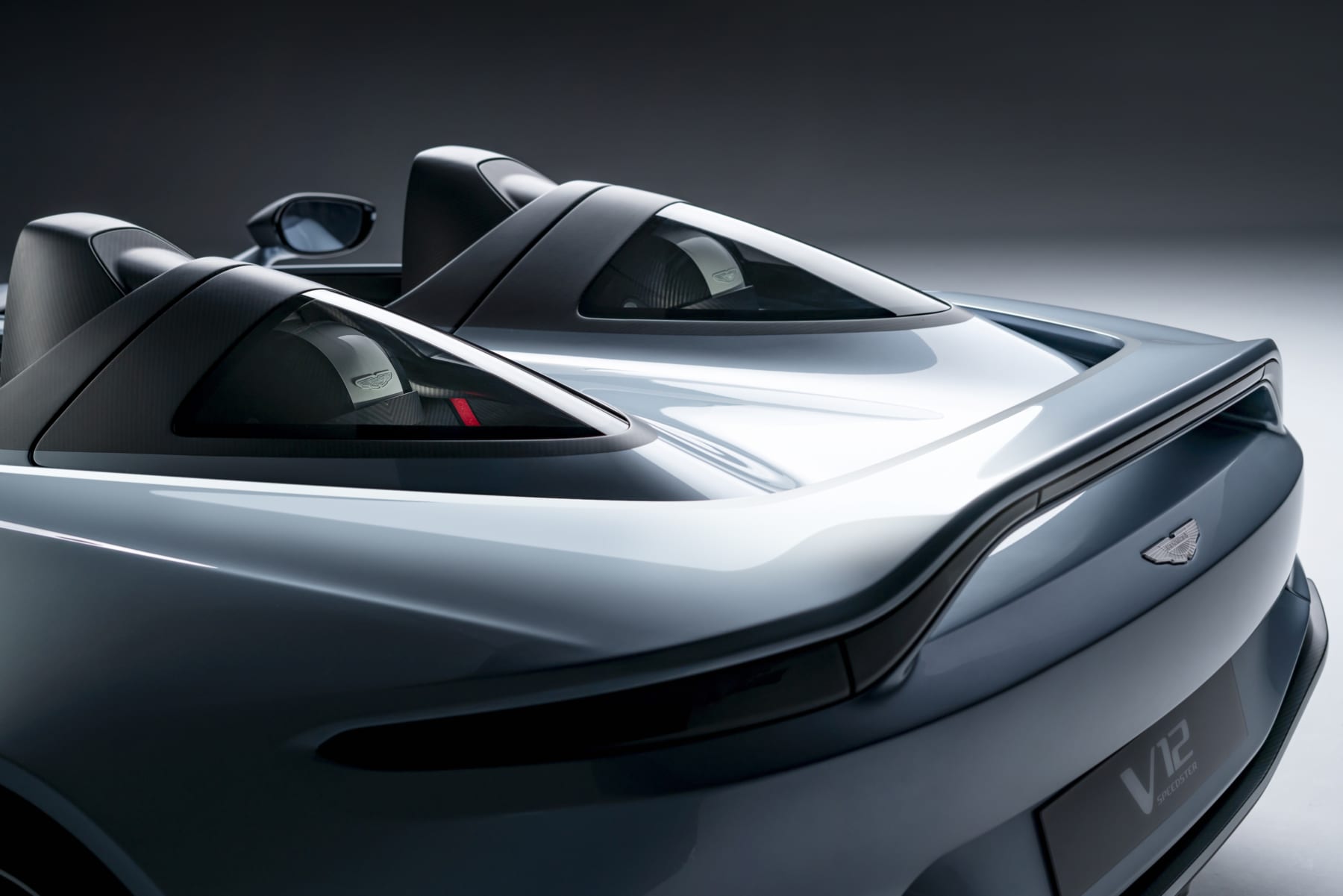 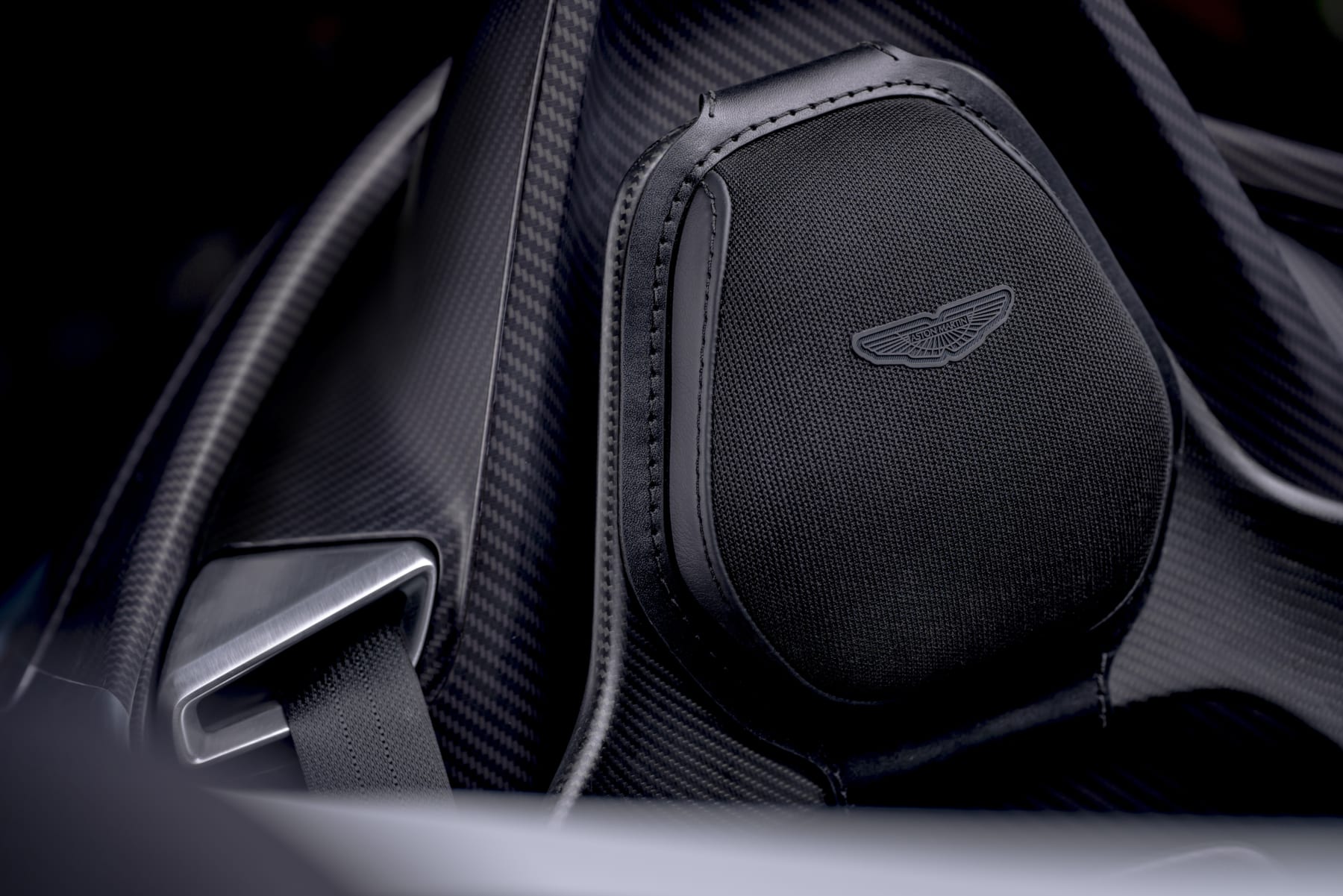 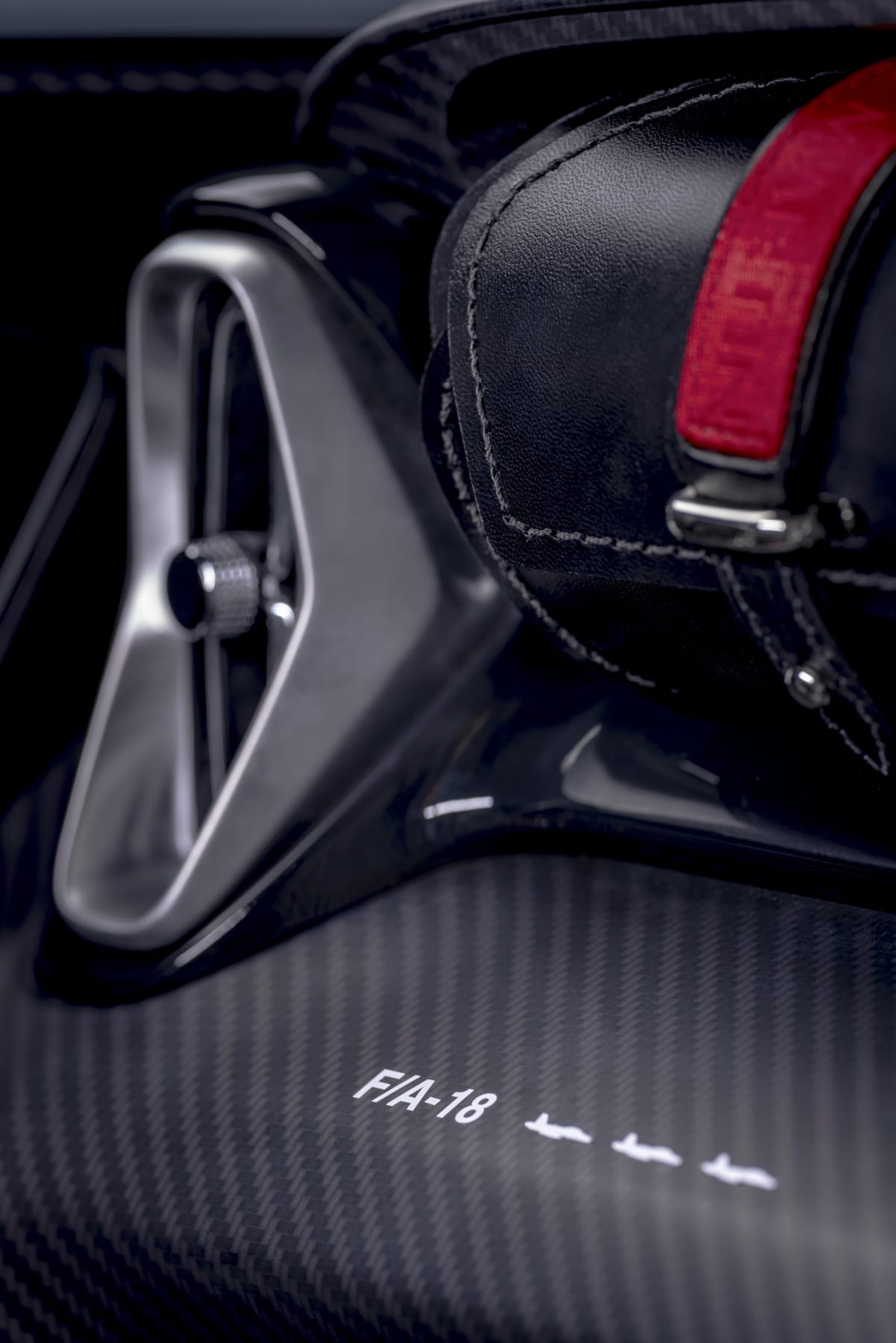 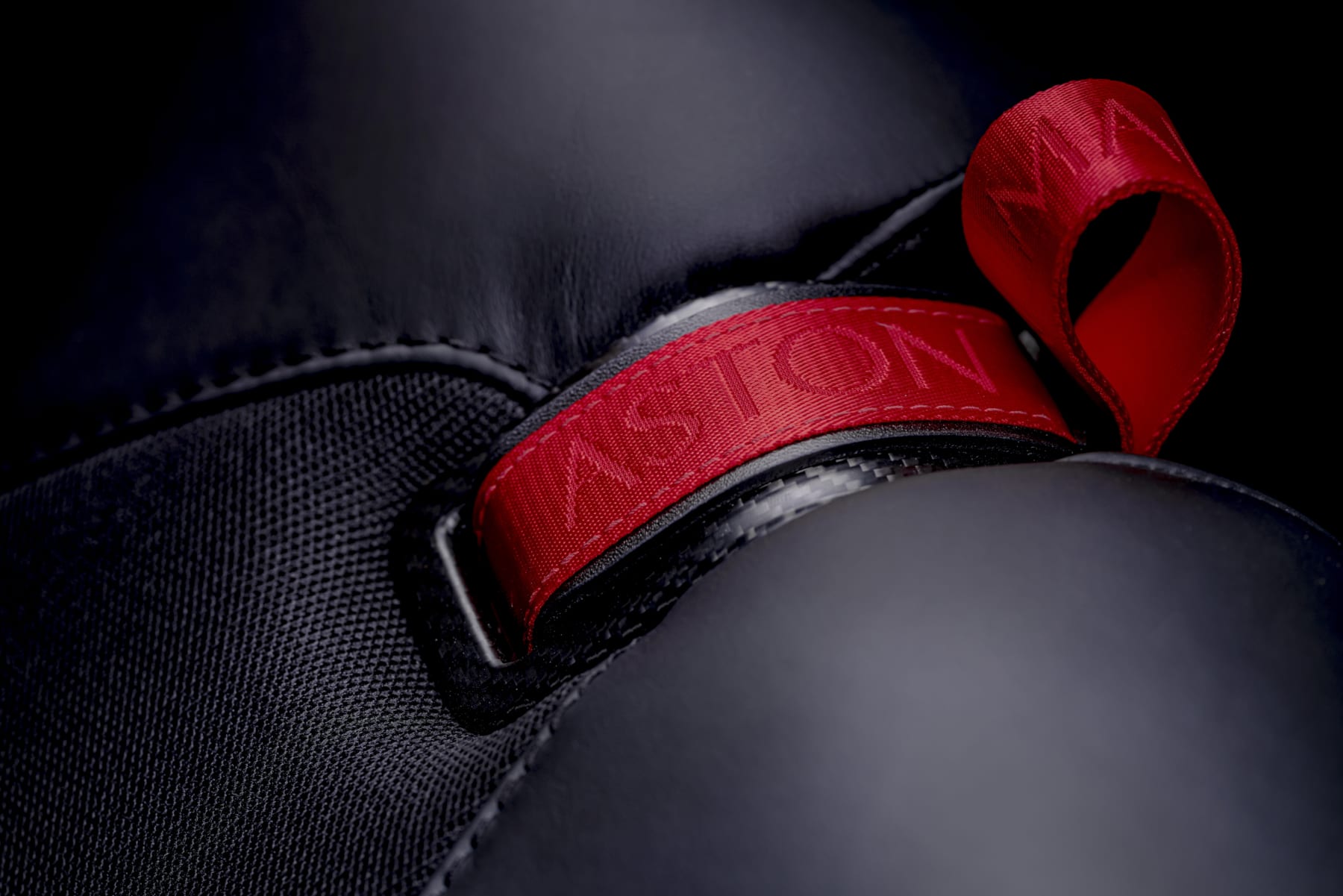 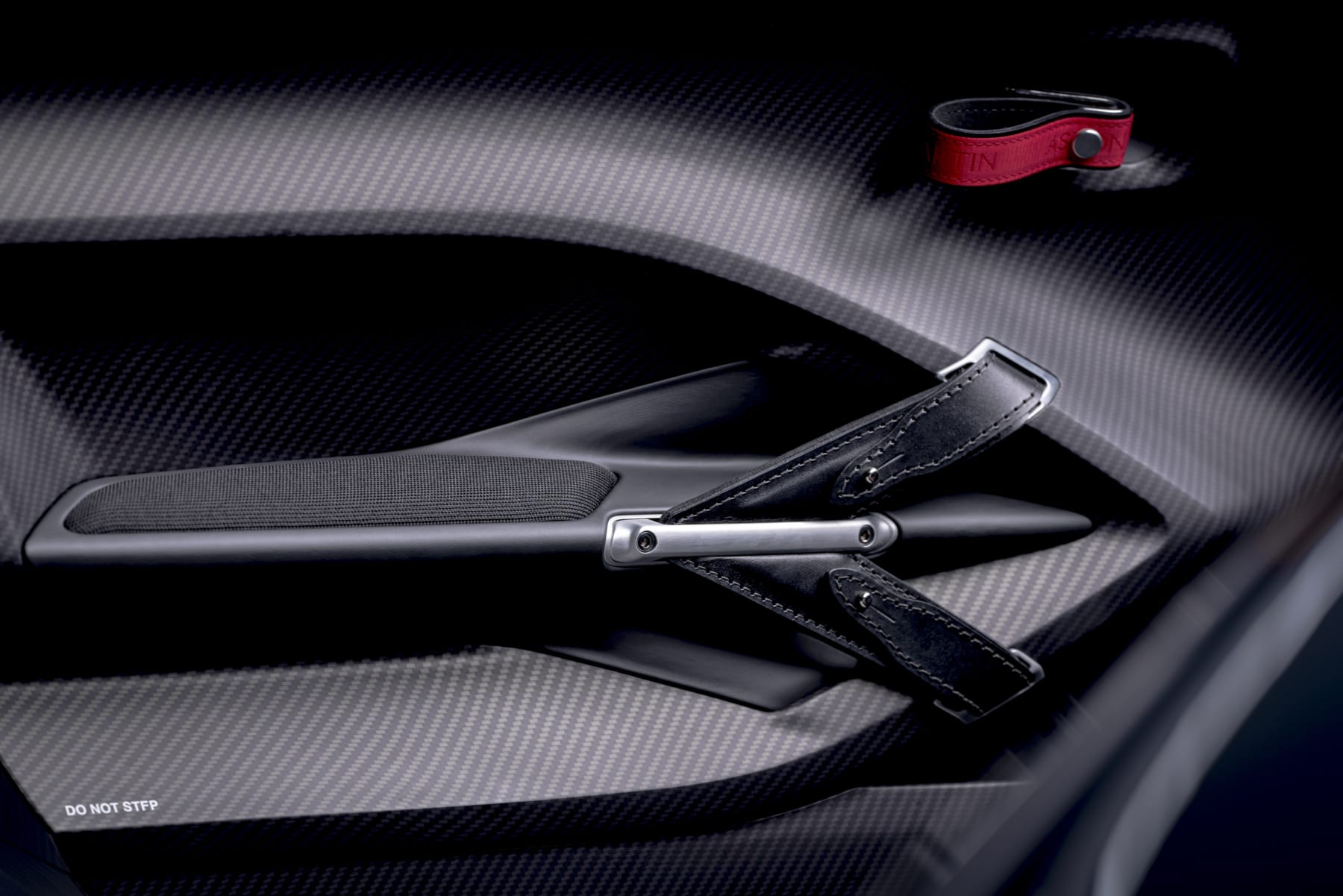 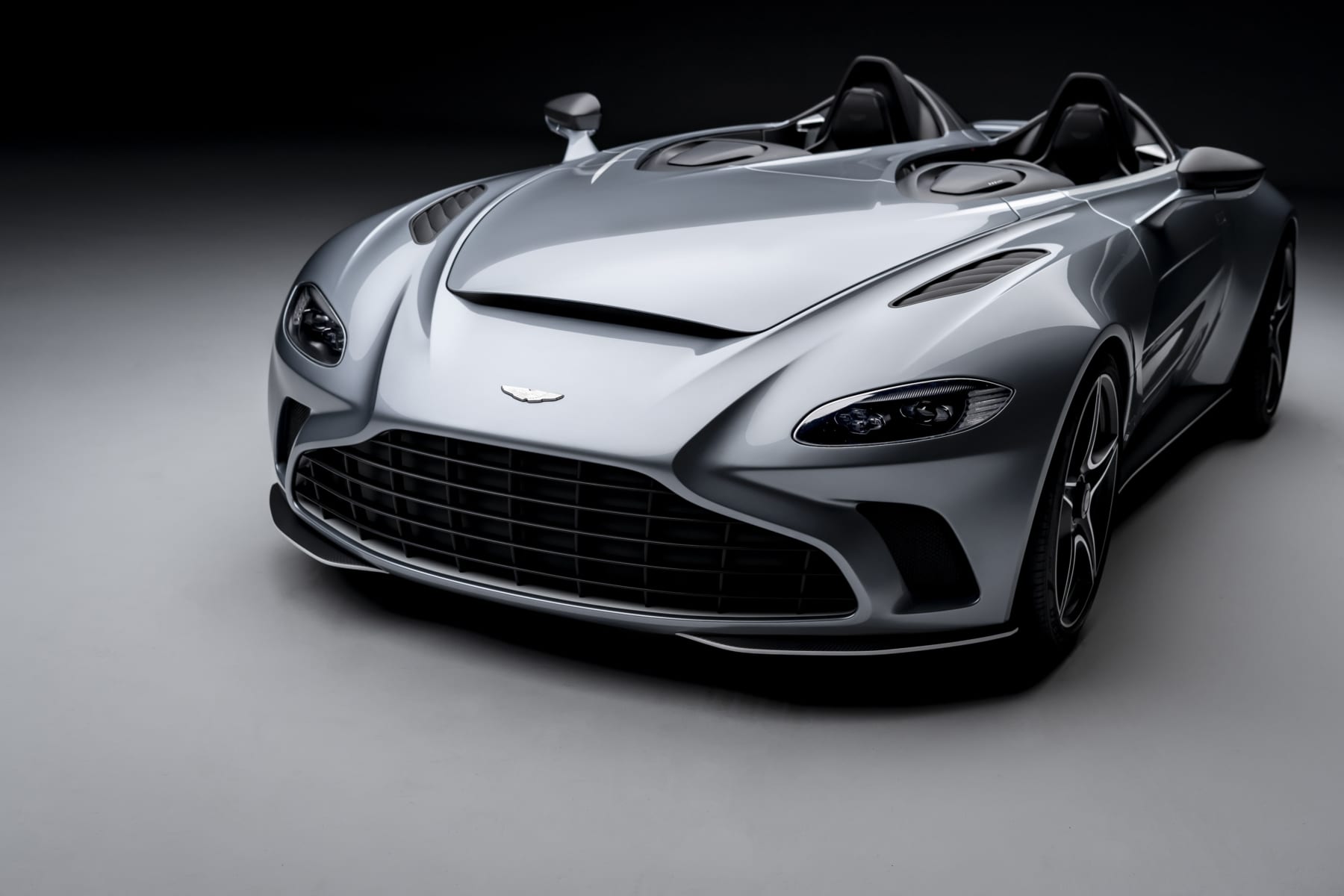 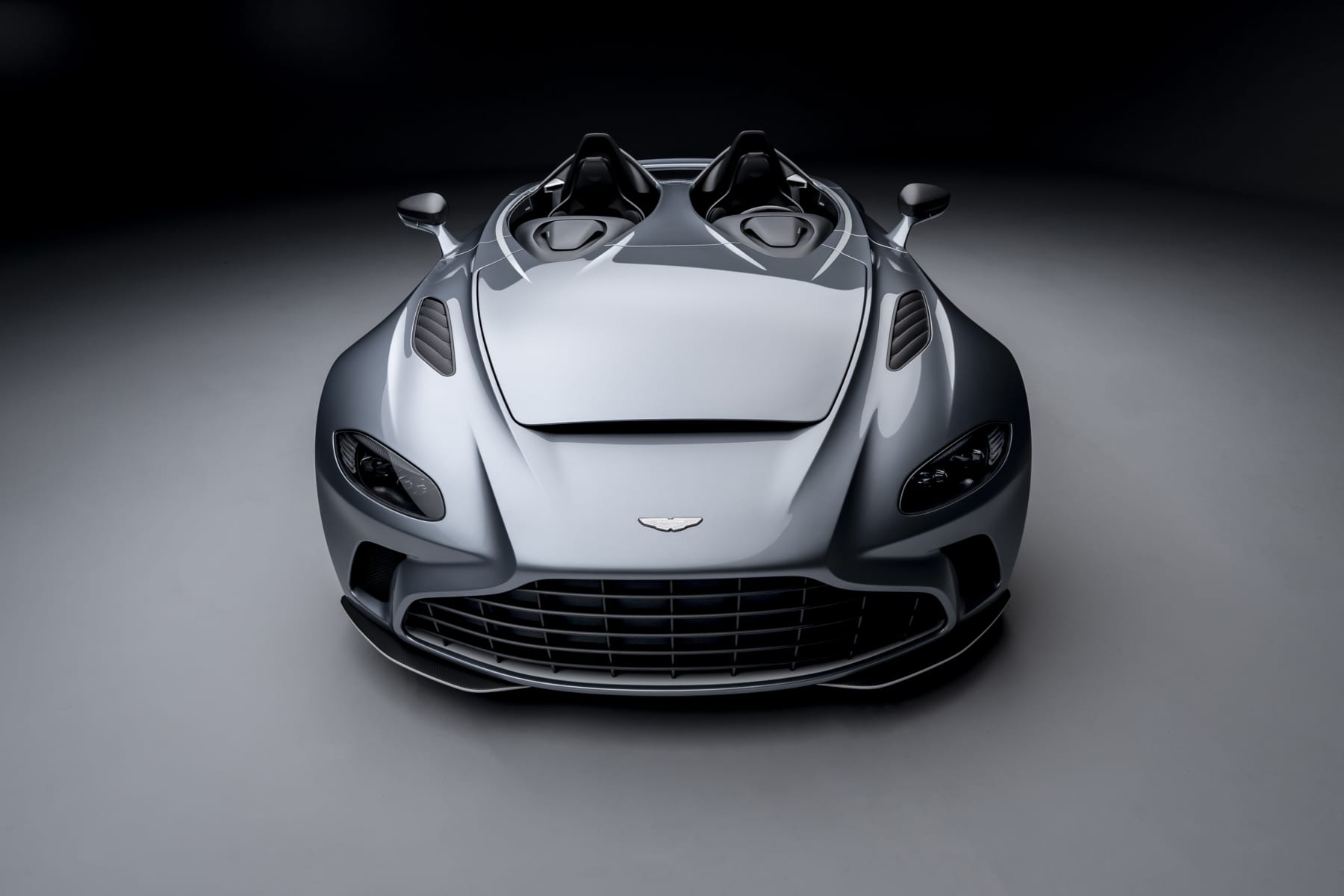