The current Jeep Compass has been around since 2017. It is therefore due for its mid-life update. Usually such updates require some testing, mostly around the company proving grounds and maybe a spin on the road. But why was this camouflaged, Michigan manufacturer-plated, Compass driven in downtown Boston in a Friday afternoon rush hour is beyond my understanding. 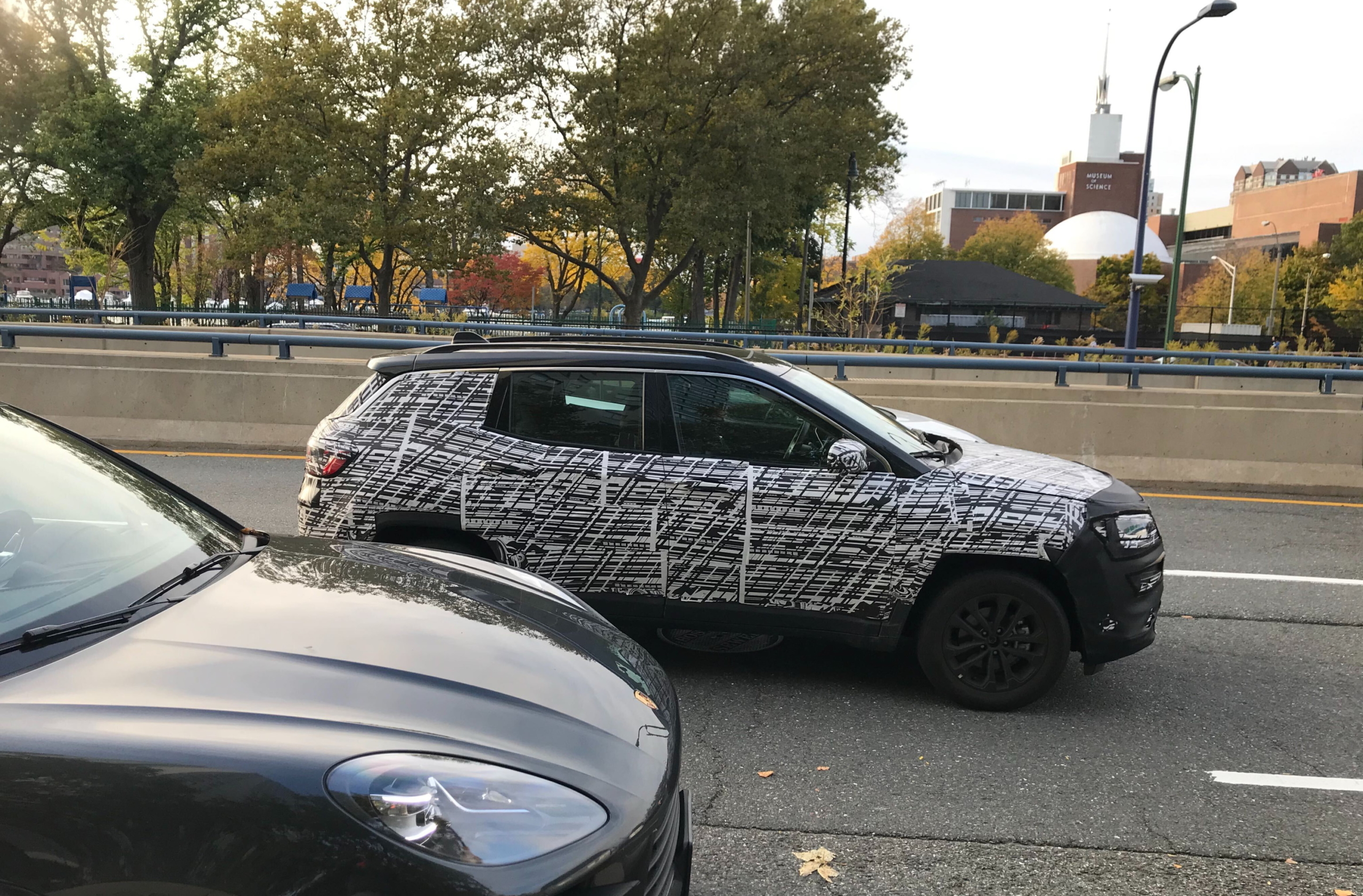 Jeep announced the 4xe plug-in hybrid versions of the Renegade and Compass for Europe sometime ago. That announcement did not mention the North American market, however. But if a global automaker is developing a new efficient hybrid powerplant for a global vehicle, it would be silly to think that such powerplant wouldn’t be global. Perhaps this is what was being tested in a busy Boston rush hour.

But if I was an automaker testing a new powerplant, in an otherwise mildly changed vehicle, why put camo all over it? It stuck out like sore thumb, with the irony being that no one would give an undisguised Compass of any kind a second look. 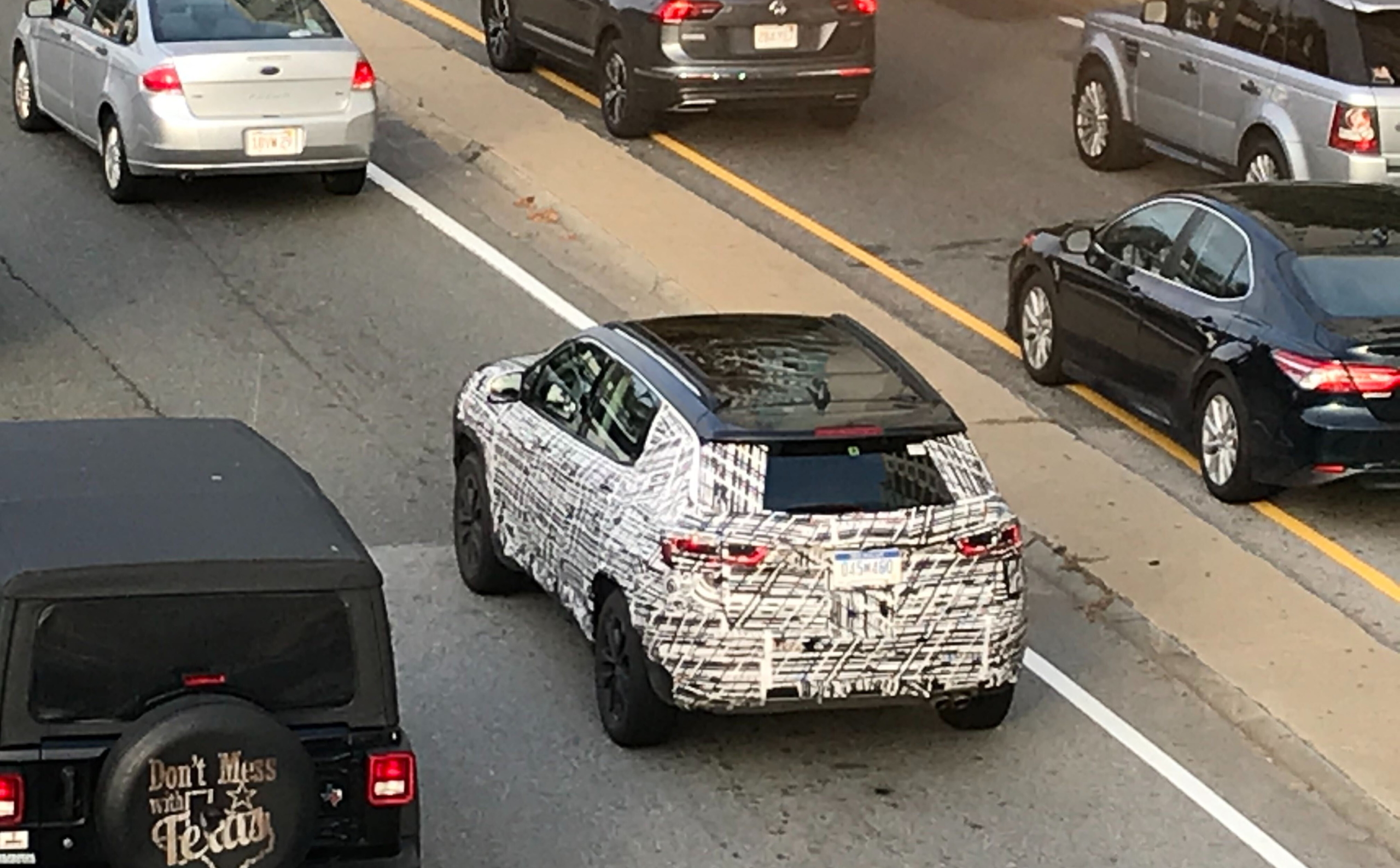 The big news for the Compass will be on the inside. Thus far its interior was just okay. It wasn’t bad but it could be improved. This is where, according to Autoblog, the 2022 will receive a huge tablet-like screen. Because of course. Expect ergonomic and material improvements, too.

I still don’t get why this camo’d Jeep Compass I spied was all alone in Boston traffic. Only the driver was in it and there were no other follow/lead vehicles. The driver looked to be slightly lost or at least nervous about driving here. It likely was not a local as driver used a blinkah and didn’t cut anyone off.