The reason enthusiasts love them is for a series of what I like to call, “Automotive Intangibles”. It’s what all gearheads love about their vehicles, and small convertible sports cars have in spades.

I could finally grasp what these intangibles were after renting an MX-5 for a bit of a road trip from central to southern Germany. However, when I went to pick up the car from the rental area, I realized how stupid the Miata really is.

There’s no space for anything–barely enough for me and my girlfriend’s things. Then, after folding ourselves into the car, I let it warm up and then, on a stretch of German highway, put my foot down.

As we got further and further from the airport in Cologne, I quickly realized that:

After a haul down the highway, the car was nothing to speak of.

After a significantly greater amount of highway, we ended up down south, reaching into the alps to visit Hitler’s Eagles Nest. When we got there, there was snow on the road up to it, so it was closed. This was annoying, but luckily Salzburg was only a few miles over the mountains. A plan was hatched to go there instead, so I found the twistiest possible road I could to reach Austria. 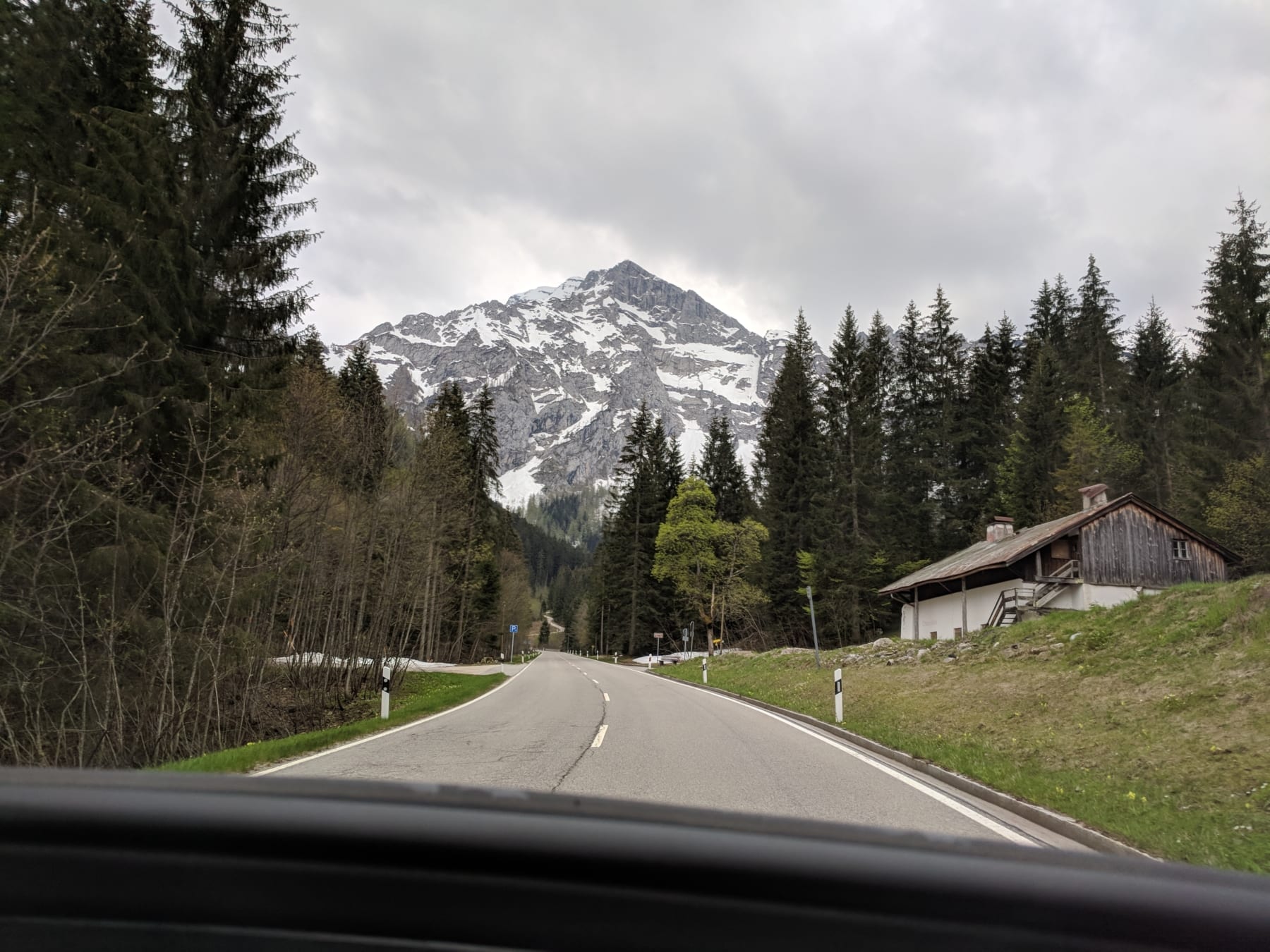 That’s really when the Miata completely came alive. Describing it in words reminds me of when they used to have a swear jar on Top Gear during reviews of Alfa Romeos. I’ll spare you the gushing details, but I realized that, after putting the top down, this was the perfect car for the situation.

It didn’t matter about the horsepower, I didn’t stop to think about, “Oh another seven foot-pounds of torque would really do me well here!”

All of the reasonably mundane engineering underneath me just didn’t matter. The right wheels were driven, it was light, I was choosing my gears, and with the top down I was hearing the right things–feeling the right things. A previously unremarkable induction note made it’s way boldly into my ears via a thin, sort of “alpy” air.

It didn’t matter that it wasn’t well suited for carrying luggage, or people, or grain silo-sized cups of Pibb. It really didn’t even matter to me that it wasn’t fast. It wasn’t supposed to do those things. It was a car, that you drove. That’s all it was for. 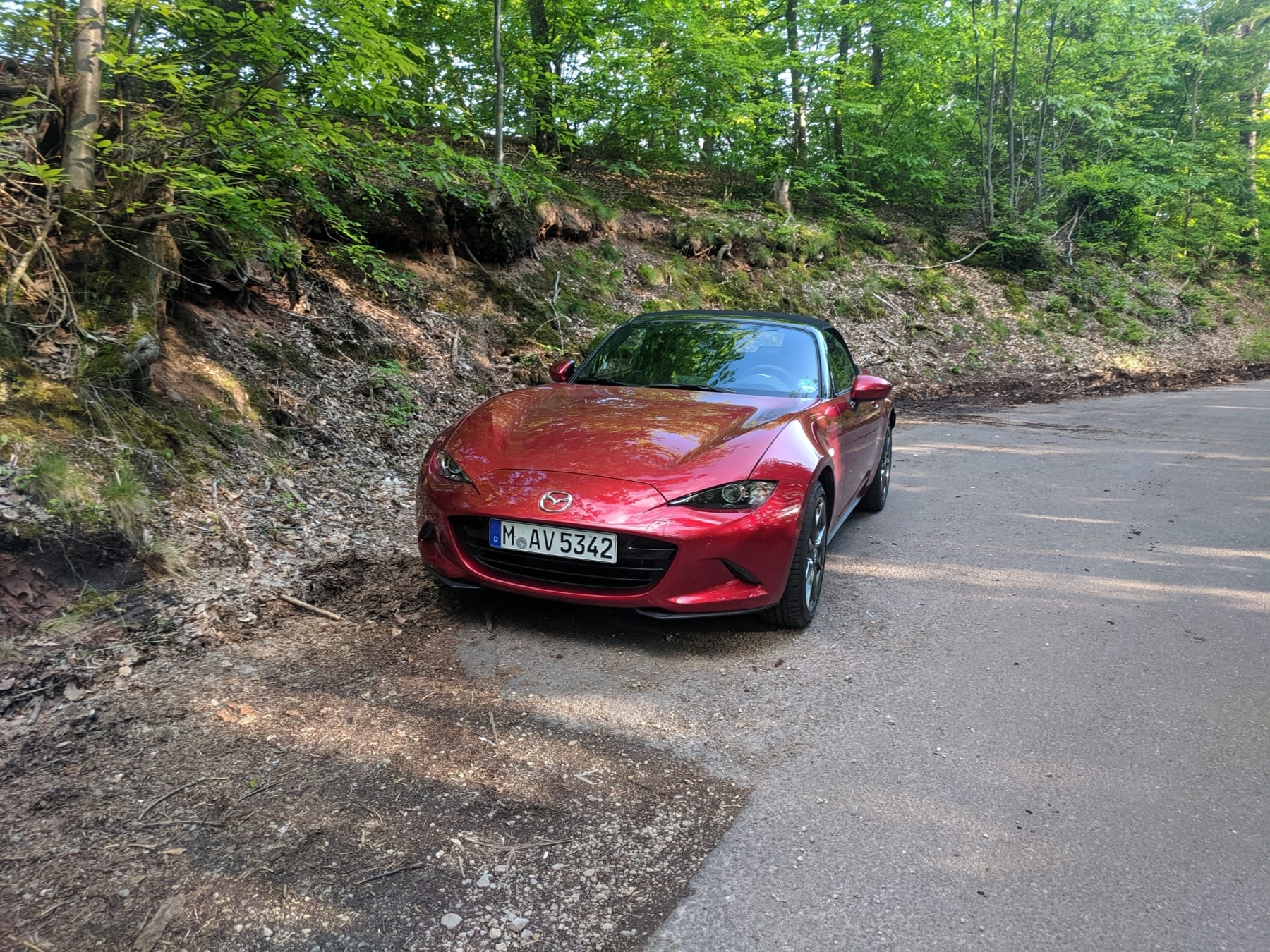 Ever notice how people who are very enthusiastic about Tesla (don’t use the word cult, don’t use the word cult) love to run numbers by you? You leave a mind-numbing meeting with your accountant and get lunch with a friend who has just taken delivery of a Model 3. You wonder if you’re about to receive more information about deductions.

It’s all about range, the foot-pounds of torque (quoted at the wheels, of course), the zero-to-sixty time, the quarter-mile, the kilowatt-hours, and charging durations.

I remember when I was in high-school and all of that was just the end of the world. Your friend’s car was quoted on an obscure automotive statistics website as to be one-tenth slower to sixty? Scum! Peon! Forget about life! Drop out!

Thankfully, I grew up, and realized automotive enthusiasm–for most people– just isn’t about the numbers. However, what tangible thing is it about?

I’m not going to get the scales out here and argue another ounce here or there makes all the difference in the world, because that’s pedantic.

A thousand pounds is not pedantic.

Volvo’s new Polestar 1, their flagship hybrid-electric sports car, weighs an absolutely bovine 5100 pounds. The Model S is up there too, at near five-thousand. Model 3, the lightest of the bunch, can weigh as little as 3600 pounds, or as much as 4000.

Batteries just have to get lighter before you can get a nimble little car like an MGB or an Alfa Spider. Of course, you could just fit a massive tire and hefty springs to belt up the car’s bulging waist, but when you do that, is it really a little sports car anymore?

Why do you think Tesla’s new roadster is nothing like the less-than noteworthy first generation?

Electric motors don’t sound like anything. Manufacturers have to add noise so pedestrians know they’re about to be run over. If you’re Ford–and at this point quite literally have zero shame–you pipe engine noise into the cabin to get that back.

If you’ve never driven a convertible sports car, you may be shaking your head right now at my immense, thick-skulled stupidity. However, don’t knock it until you try it. Thanks to the lack of a roof, convertibles just offer sweeter, fuller, louder sounds into your eardrums. It’s another intangible that’s essential to the small sports car that electric vehicles lack.

Most electric cars have no gears. Porsche’s Taycan has two gears, but you cant shift them yourself. Also, if you could, it would be boring.

Even a great sports car can be spoiled by the wrong transmission. Ever driven an automatic Miata? It’s like about half the car just went missing. I know everybody rags on about “oh manual transmissions, save the manuals, manual transmission preservation society”. Frankly, that gets so irritating sometimes, it’s tough for me to put it into words.

Manual transmissions don’t belong in a 4400 pound M5, you aren’t going to buy a big six-figure AMG Mercedes, please stop. Get some help. Stick shifts don’t have any business in most cars. They do belong in little roadsters.

Things, ‘by-wire’ are all the rage. Steer by-wire, drive-by-wire throttles, even brake-by-wire. Let me be clear, I have no issues with electric steering racks, as long as there’s actually a column hooked up to the wheel. These systems today are nearly as good–if not just as good–as hydraulic is, and putting hydraulic steering in an electric car doesn’t make a lot of sense.

Brake pedal feel does matter, as does steering feel. Driving a car with mushy brakes, or a totally wooden pedal just feels like shit. Stopping predictably is just as important as going predictably, and steering feel (I’m certain that I’m preaching to the choir at this point) can make or break any enthusiast car.

Electric cars are vainly attempting to scrape back all of these attributes via eerily silent sub-three second zero-to-sixty times. That horse is a bloody pulp.

A few things about electric motors and batteries make them very well suited to roadsters, however. Especially a weekend car you don’t drive much.

For instance, the range doesn’t really matter. I imagine electric Corvettes would just be perfect, as one with a coin cell could manage the haul out onto the driveway, and back into the garage at night. Even a small, 100-mile battery would probably do for most spiritedly-driven adventures.

The fluids would also never go bad. You could theoretically let your electric roadster sit for months as your spouse tries to pry it out of your hands-on account of their desperate need for new kitchen countertops.

The cost of maintenance would also be slim, as the number of moving parts amounts to… Uhm… Not a lot.

Battery technology is also bound to improve, and as they get lighter and more energy-dense, I’m certain somewhat more enjoyable electric roadsters will start cropping up.

This really only solves some of the (from an enthusiast perspective) inherent issues with electric cars. Also, all of those reasons I previously stated are just… Boring!

It would be more reliable, but the same things that make cars unreliable are what gives them character and makes them interesting. If you just want a car to sit in your driveway and cost you nothing, you shouldn’t get a roadster.

Small roadsters aren’t about making any sense at all. They’re morally bankrupt. There is no carpooling happening, no dining room tables can be brought to your in-laws, they just aren’t doing anything–or anybody–any favors. Besides, of course, hairdressers.

It’s for one, or two people to get in and enjoy themselves at the cost of just about everything practical, including a roof.

They’re stupid, irresponsible, impractical, amazing, fun, and special vehicles. Over the course of a week, they can treat you to a great time, and at the end of it, when you have to bring it back to the airport, leave you a little distraught. They won’t, without care, be here forever. 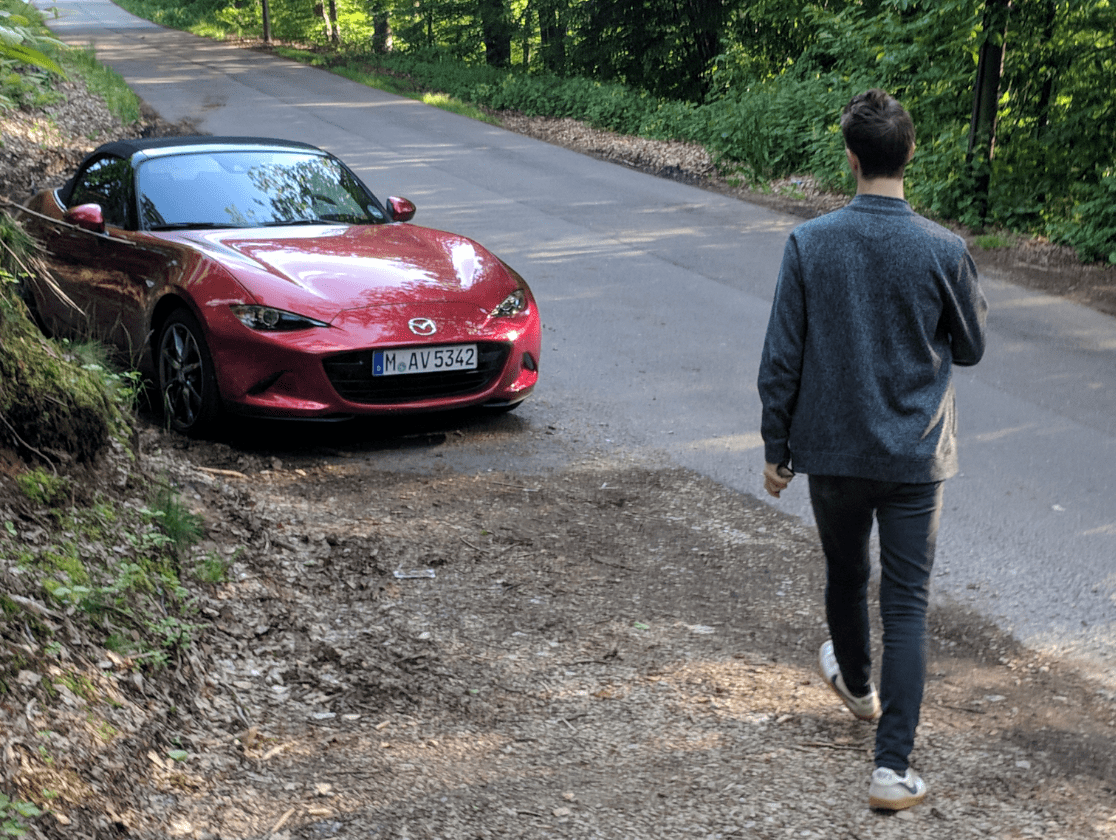 For the love of Christ, go buy one.