There are generally two opposing opinions on daily driving a small, lightweight sports car: those who cannot begin to fathom why somebody would do so, and those who wouldn’t have it any other way. The skeptics stand opposite the die-hards. Look one way and get one set of insight; turn the other and get exactly the contrary. It’s a total clash of standpoints and I wasn’t sure how I would feel about daily-driving a small, lightweight sports car until I started doing so. 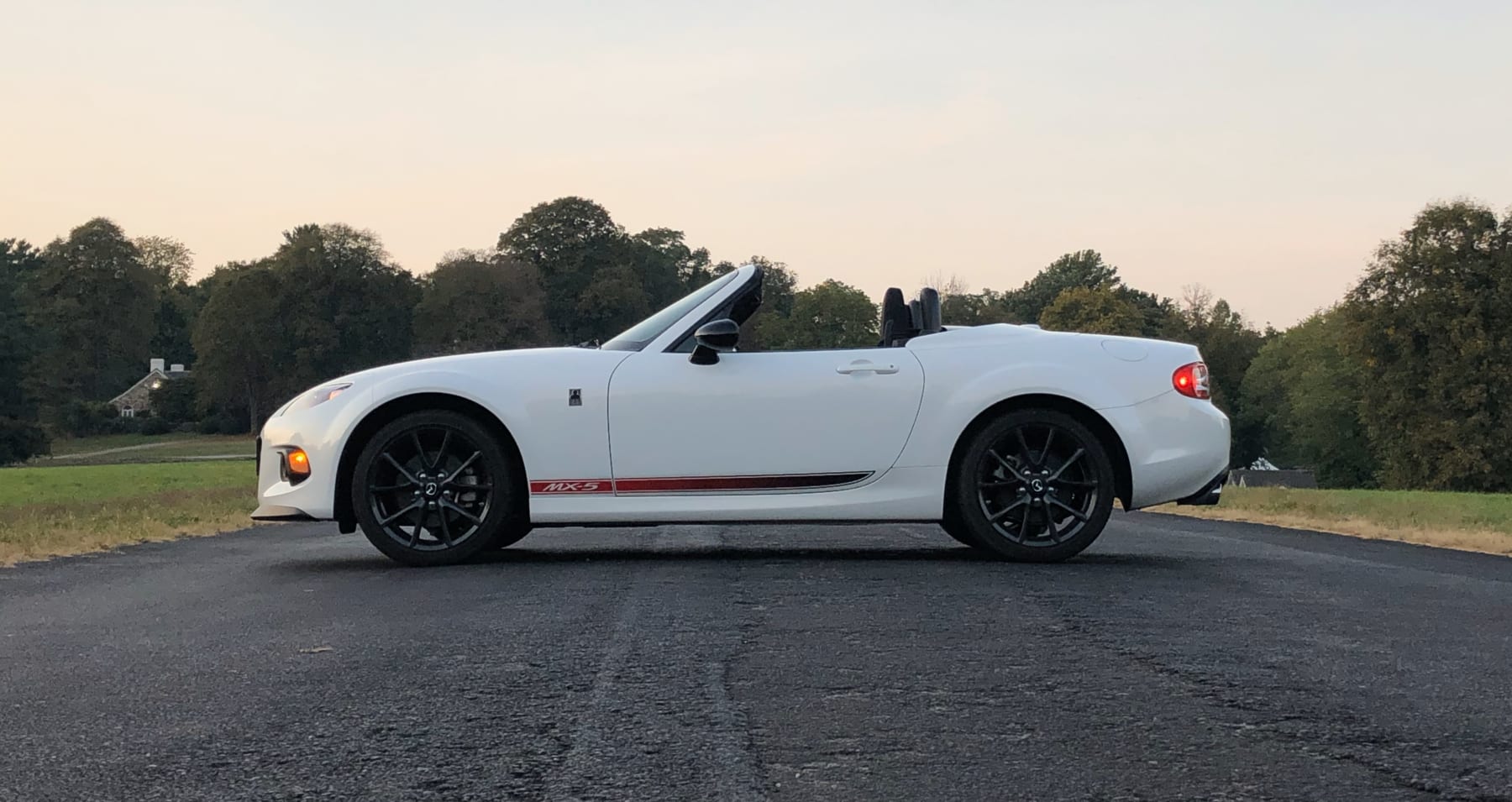 This wasn’t the first time I had considered doing so. For a very brief time I daily drove a C6 Corvette Grand Sport. It was, in a word, punishing. But now I daily drive an NC Miata, and the experience has largely been amazing. Therapeutic, even. Far and away the opposite experience from what my Corvette provided. 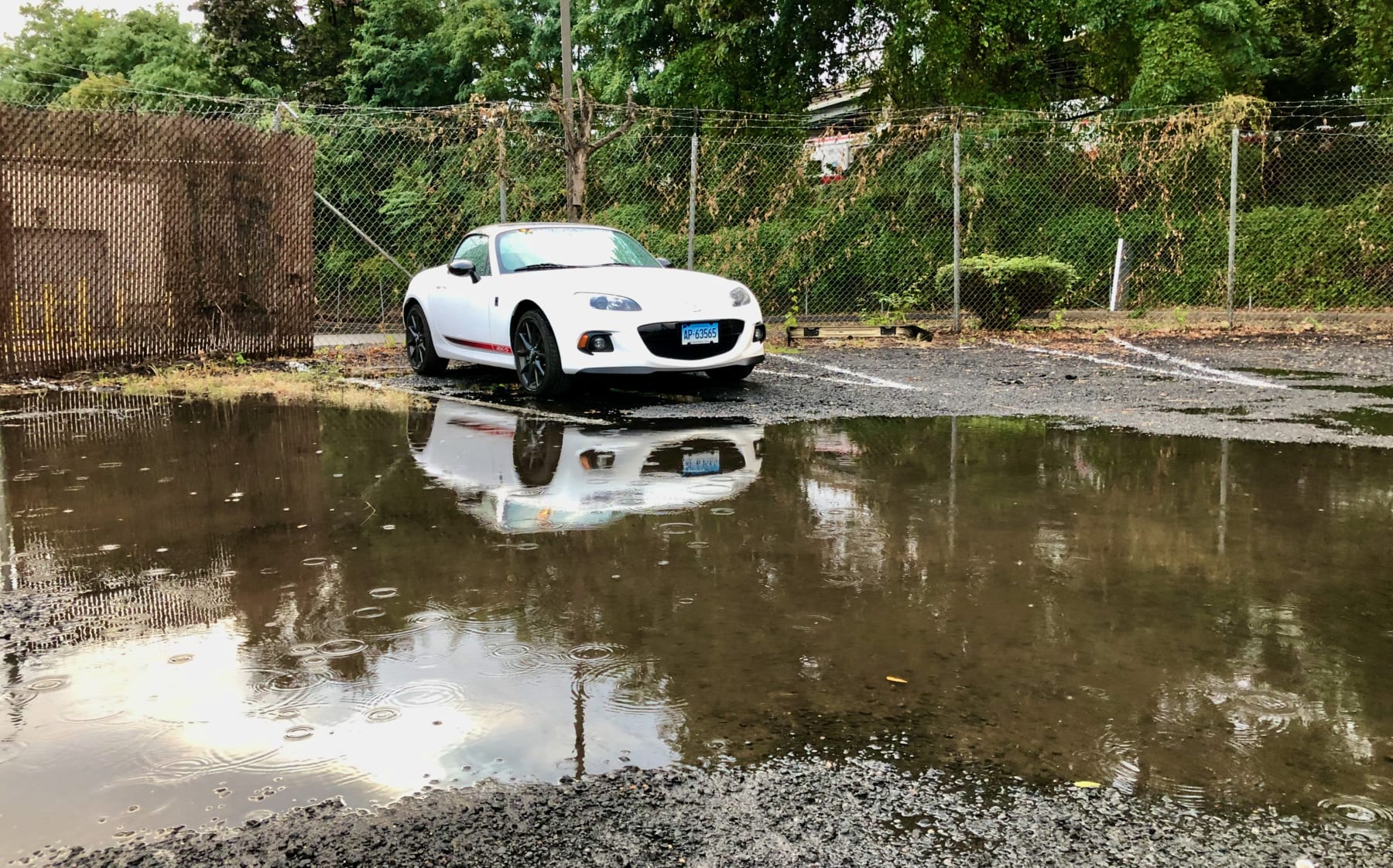 The difference is in the cars. It’s in my commute having changed drastically, but the car makes a huge difference as well. The C6 GS Vette rides harsh. It’s stiff and bounces over road imperfections. The inputs– clutch, steering, shifter– are heavy. Ingress and egress requires prior stretching. It made commuting and difficult and living with it in a New England city was best described as the same. 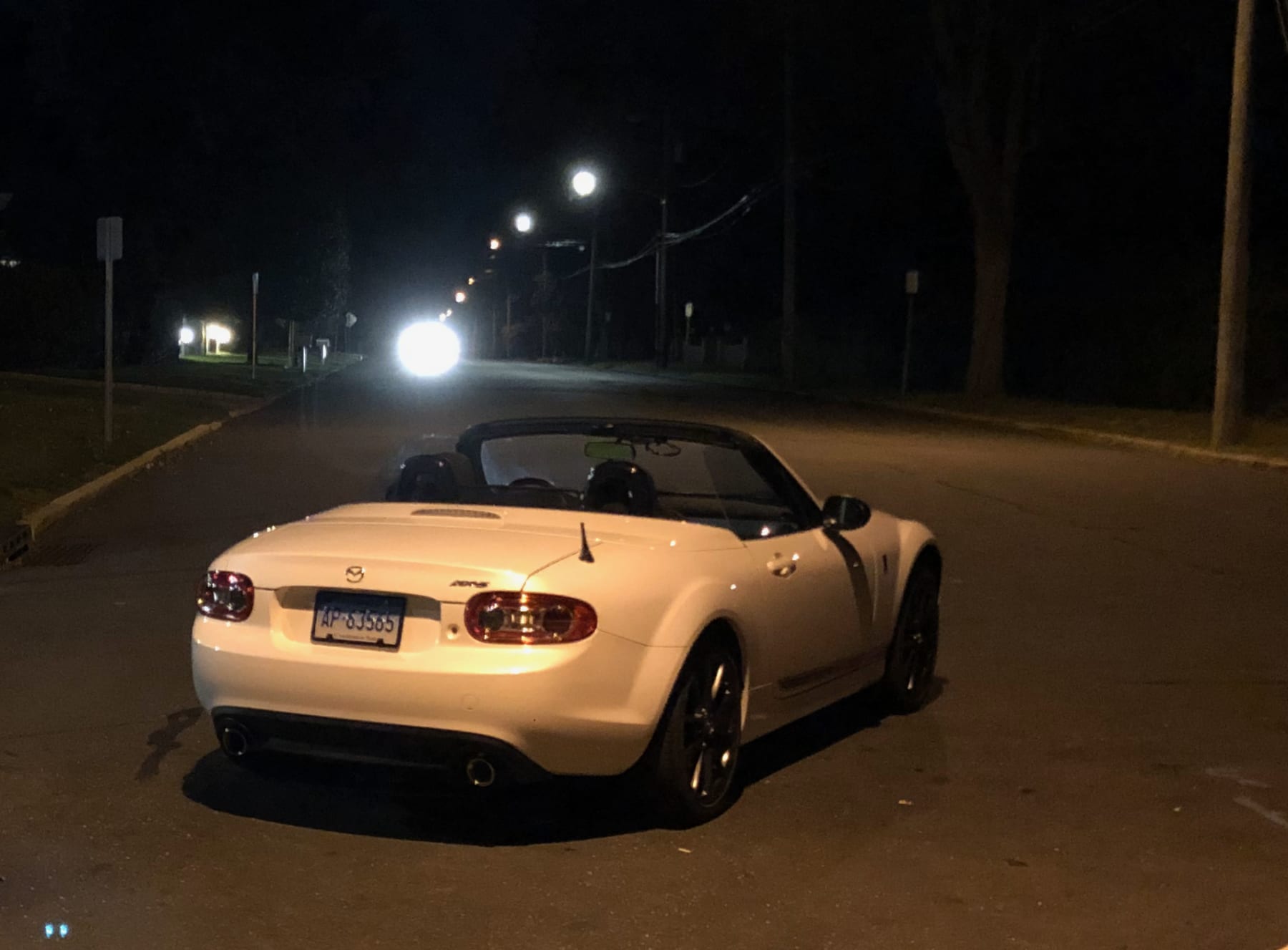 By comparison, the Miata floats over the pavement. It couldn’t care less about potholes. The inputs are light. It’s easy to slice through traffic, easy to park, and easy to maneuver. Visibility is good and it doesn’t take much thought to navigate day-to-day city life. In the three-and-a-half months I’ve had it, the Miata has meshed perfectly with my life, needs, and wants. 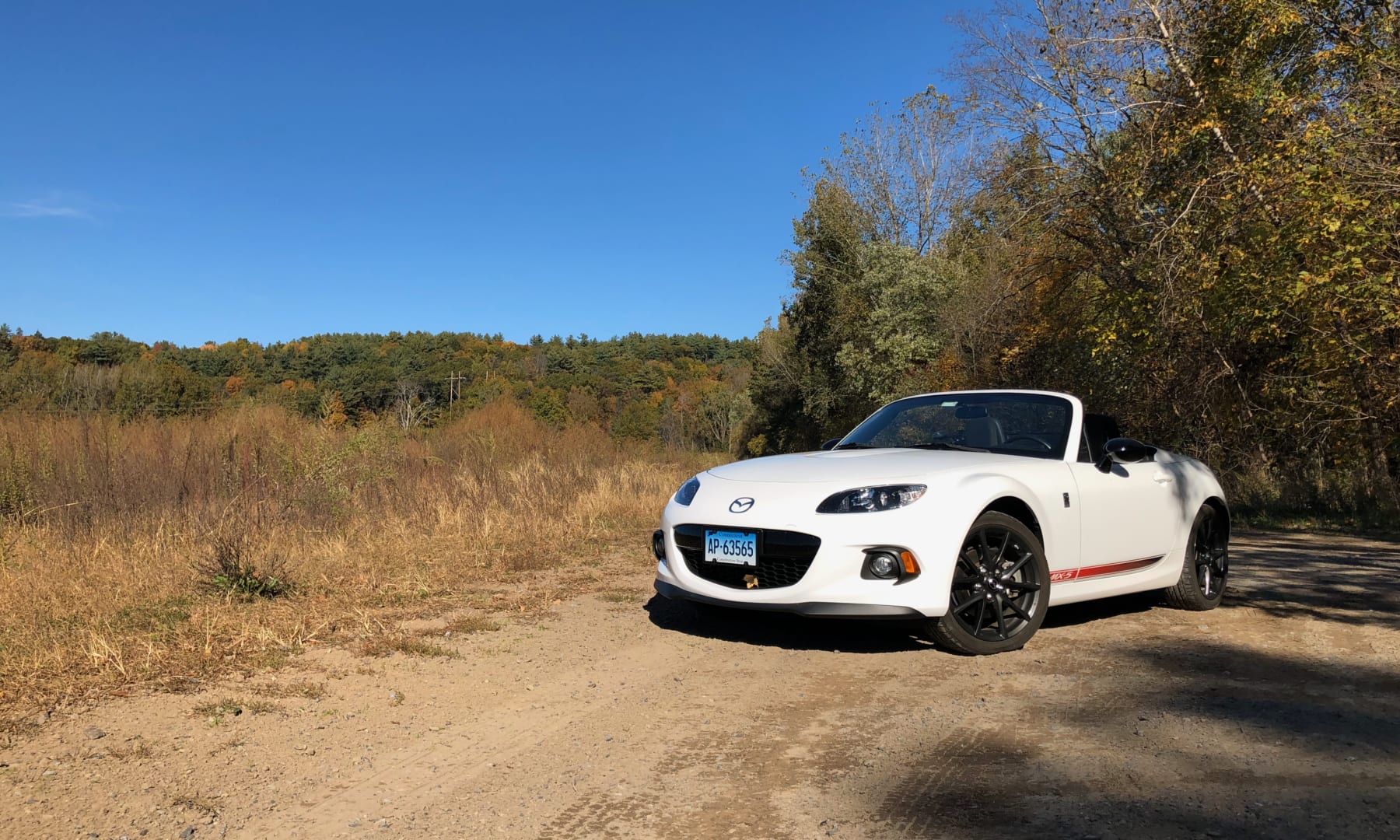 Commuting, especially with the roof down, has been a joy. Something I genuinely look forward to – even if it’s only ten to fifteen minutes each way to and from work. The drive brings smiles and laughs and is regularly the source of actual, serious fun. Hearing the exhaust as the revs climb through first and second gear is like my everyday adrenaline soundtrack. Sharp city corners are a test of my gusto. Shifting through the gears is rewarding and enjoyable. 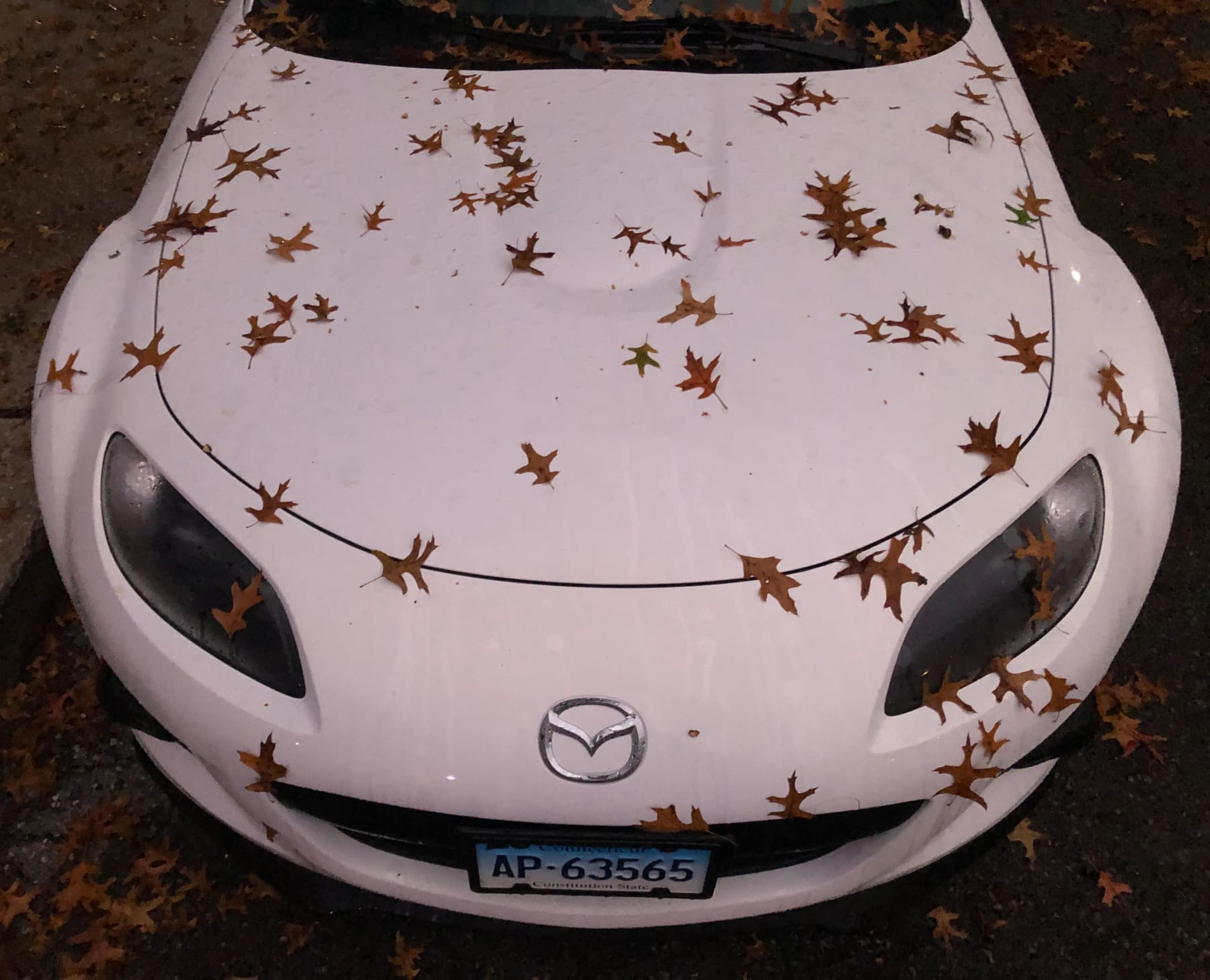 It’s truly spectacular daily driving a car that’s fun to be in and fun to drive. And the juxtaposition versus the all-too-common full-size crossovers in the area is cause for that many more laughs. I’ve never felt this way about my commute and the charm has still barely worn off. 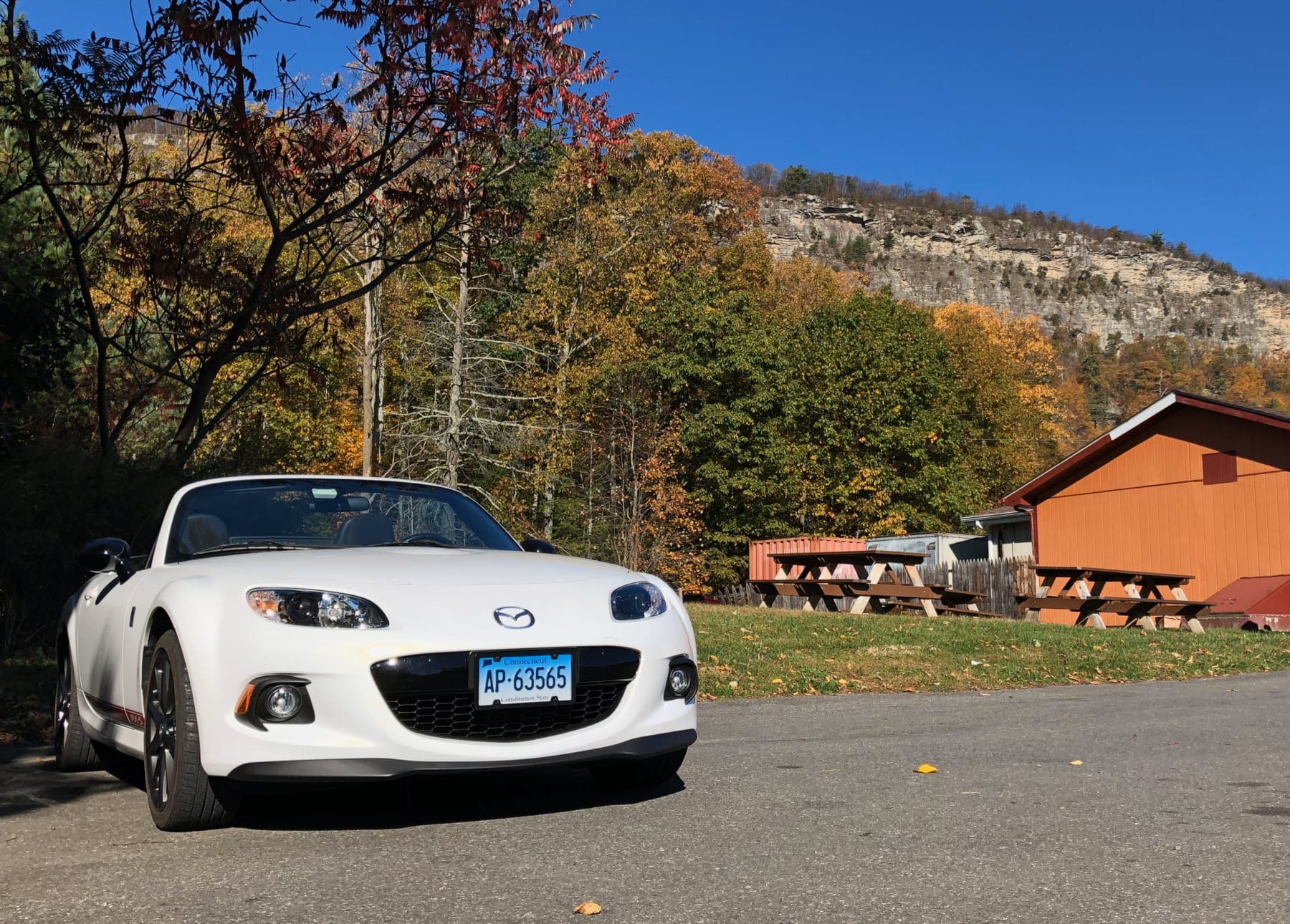 That said, things aren’t perfect. Road imperfections, especially when cornering, do upset it a bit. Seven year old tires don’t help. Same goes for road noise. Even around town and sub-30 MPH speeds the tires make noise. And how tiny the car is serves as a double-edged sword, allowing for quick maneuvers between traffic and easy parking but also having been the source of a couple near-misses. The car’s low height and the fact that so many vehicles stand tall now means that drivers of trucks or crossovers occasionally don’t see me. Thankfully nothing worse than needing to use the horn has resulted. Which reminds me, the horn sucks and I need to replace it with something louder and more authoritative. 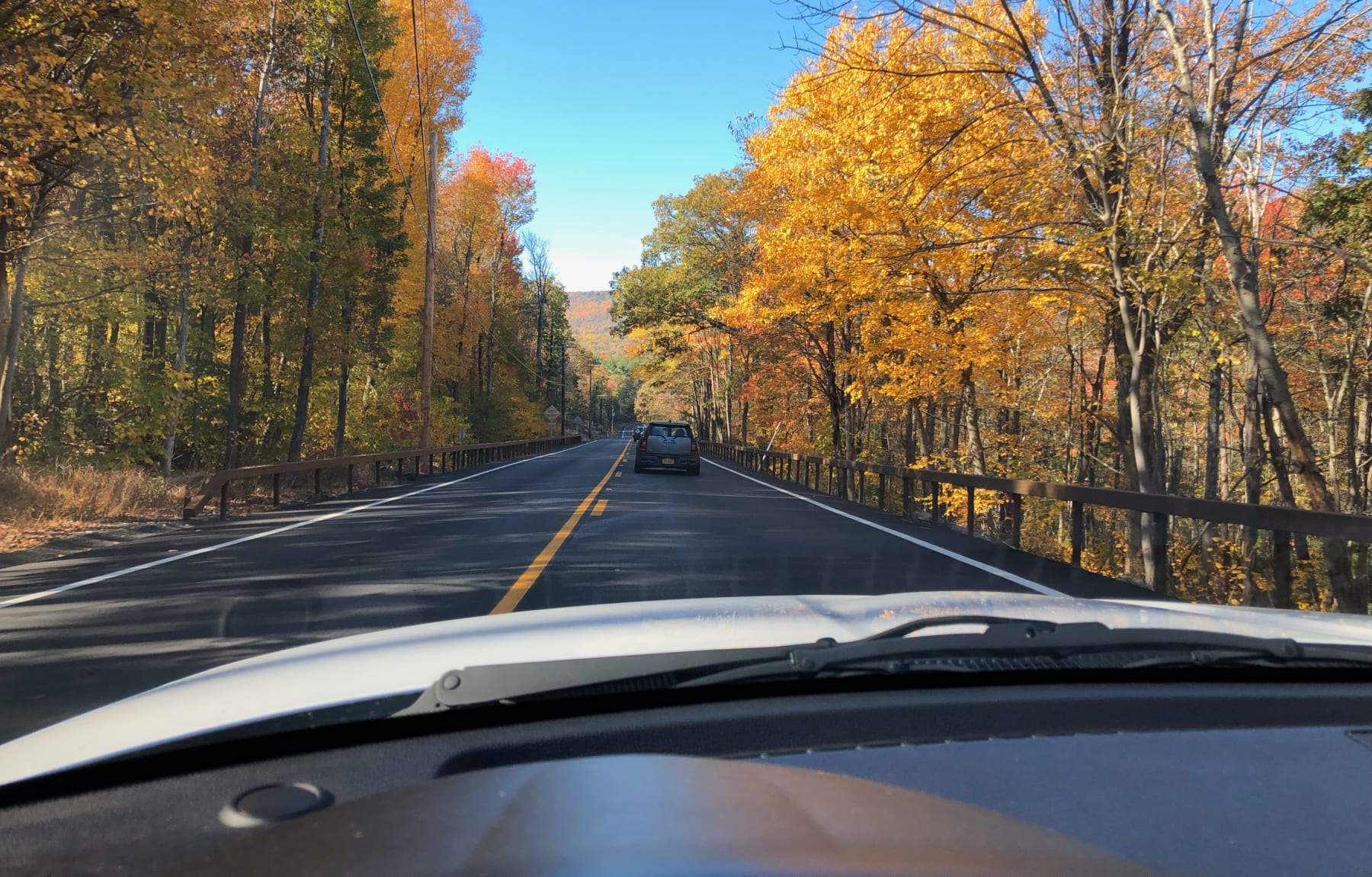 Daily driving the Miata and having it as my only source of transportation means it’s been subjected to a few long trips in addition to the daily commute. One such trip was from Connecticut down to Delaware. For one night, nonetheless. Five and a half hours each way and no qualms whatsoever. Roof down, A/C on, ear plugs in after a few hours, enjoyable in every regard. Another trip was a recent drive up to the Hudson Valley (the Shawangunks, for those locals) for a day hike. This day trip was in the heart of fall, peak leaf season. Roof down, heat on. Five hours in the Miata over one day. The Miata was an absolute pleasure to be in the whole time. And, equally importantly, was an amazing back-road companion, inducing laughs and smiles. 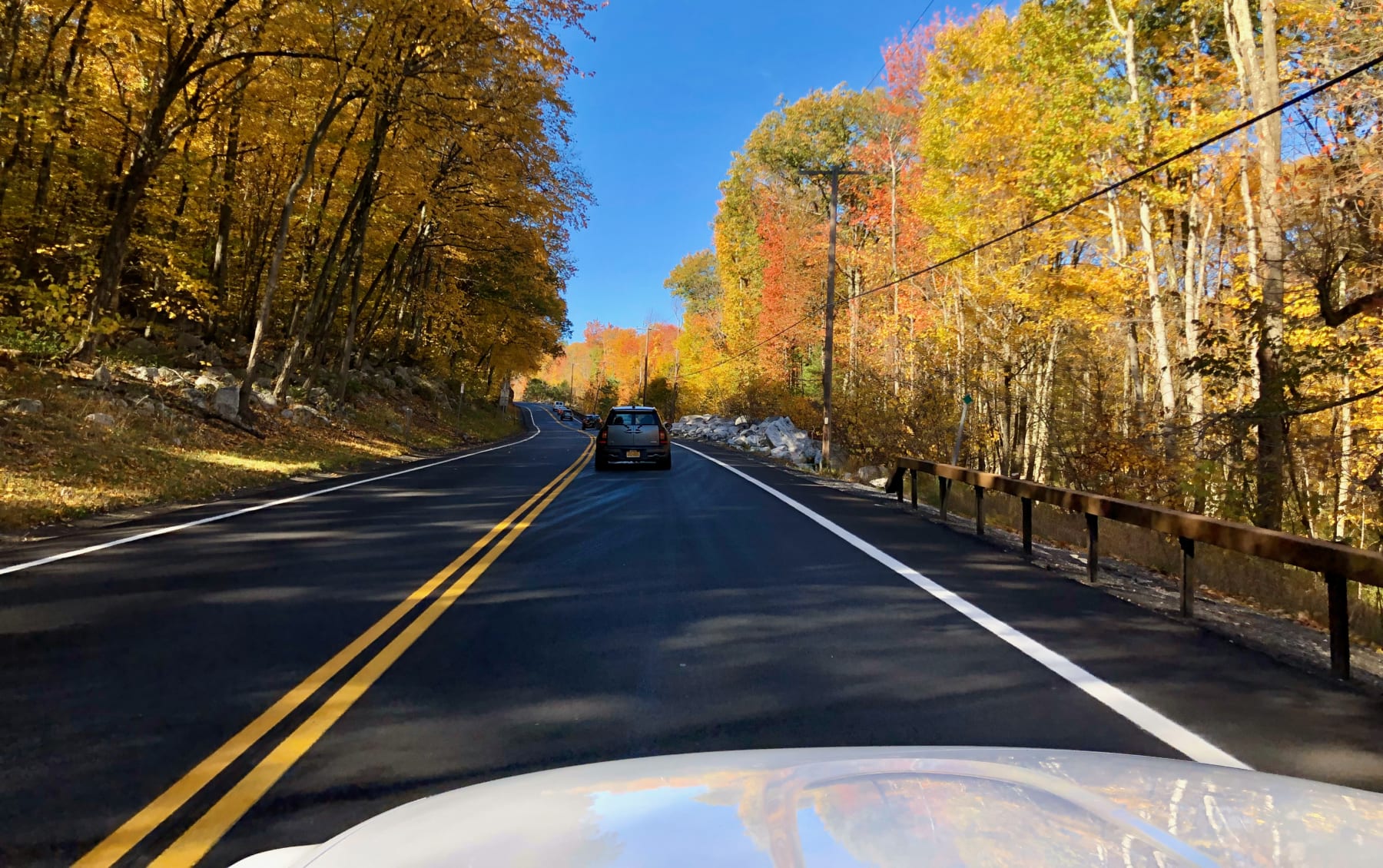 So am I a Miata-as-a-daily convert? For now, yes. My time with the car as my daily driver has been fun and enjoyable and everything I imagined it to be. But winter is coming, and it’s coming soon. The real test lurks just ahead, in the next season. It’s time for some tires that can handle the challenge. 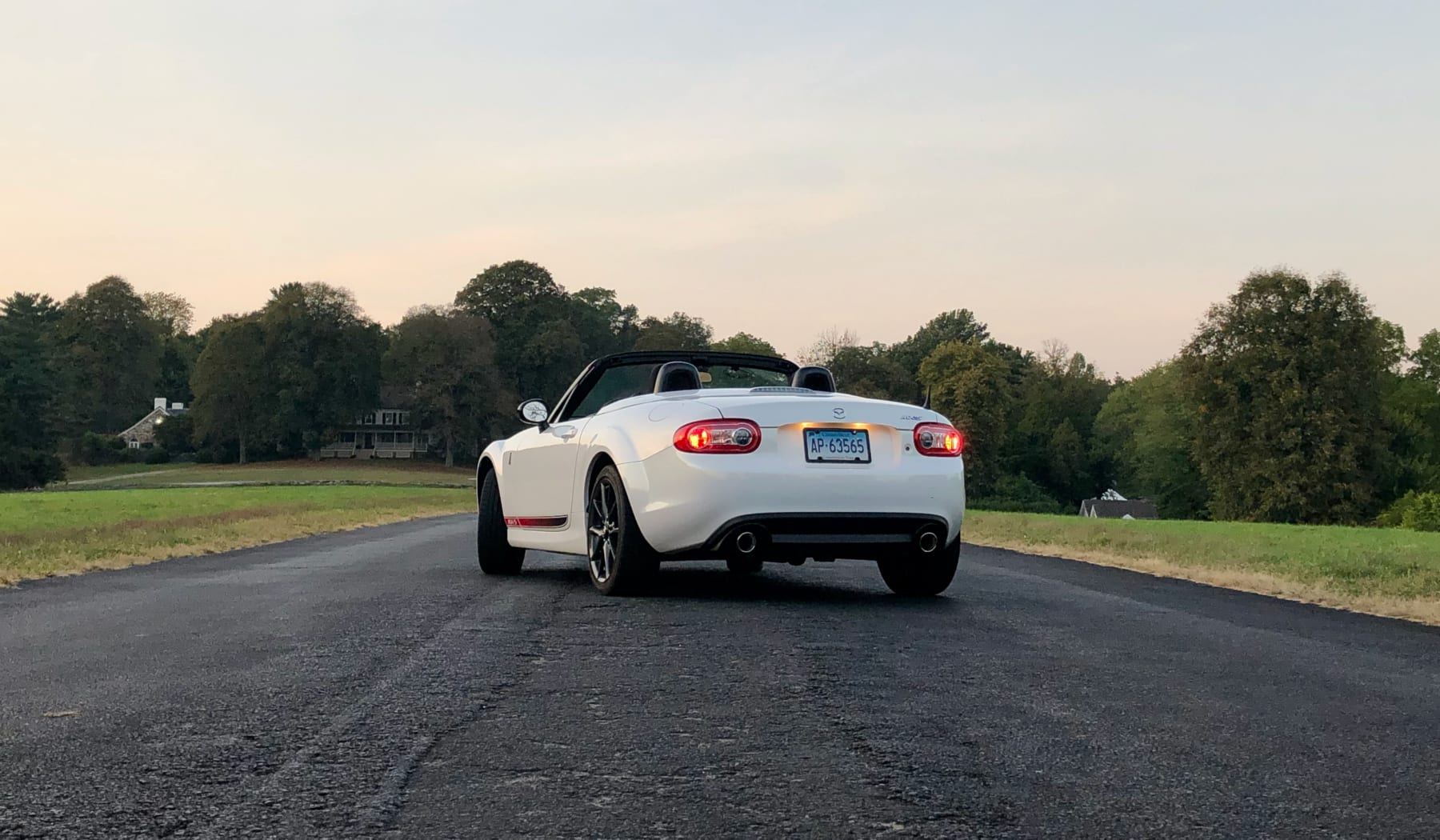