Twenty years ago this month I bought my first BMW. It was a brand new black 330i. It had the requisite manual transmission and a sport package. That vehicle included options such as sunroof, xenon headlights, and the cold weather package. I loved every second of driving that car – it was perfect.

That 330i started my love affair with the BMW brand. Following the 330i, I owned half a dozen other BMWs; sedans, coupes, and my beloved E39 sport wagon. I even owned the amazing first generation, E28 M5. To me, these were all proper ultimate driving machines: quick, fun, and functional.

Fast-forwarding to 2021, I find myself with a brand BMW 228i Gran Coupe that was provided me for a review. It’s an interesting vehicle and very unlike any of my BMWs from past decades. For starters, its four-cylinder engine is mounted transversely in the front. Its power is going to all four wheels via an automatic transmission. It’s no longer a purpose-designed three-box sedan but rather a softly smoothed “four-door coupe” designed strictly to compete against similarly styled vehicles from Audi and Mercedes-Benz. 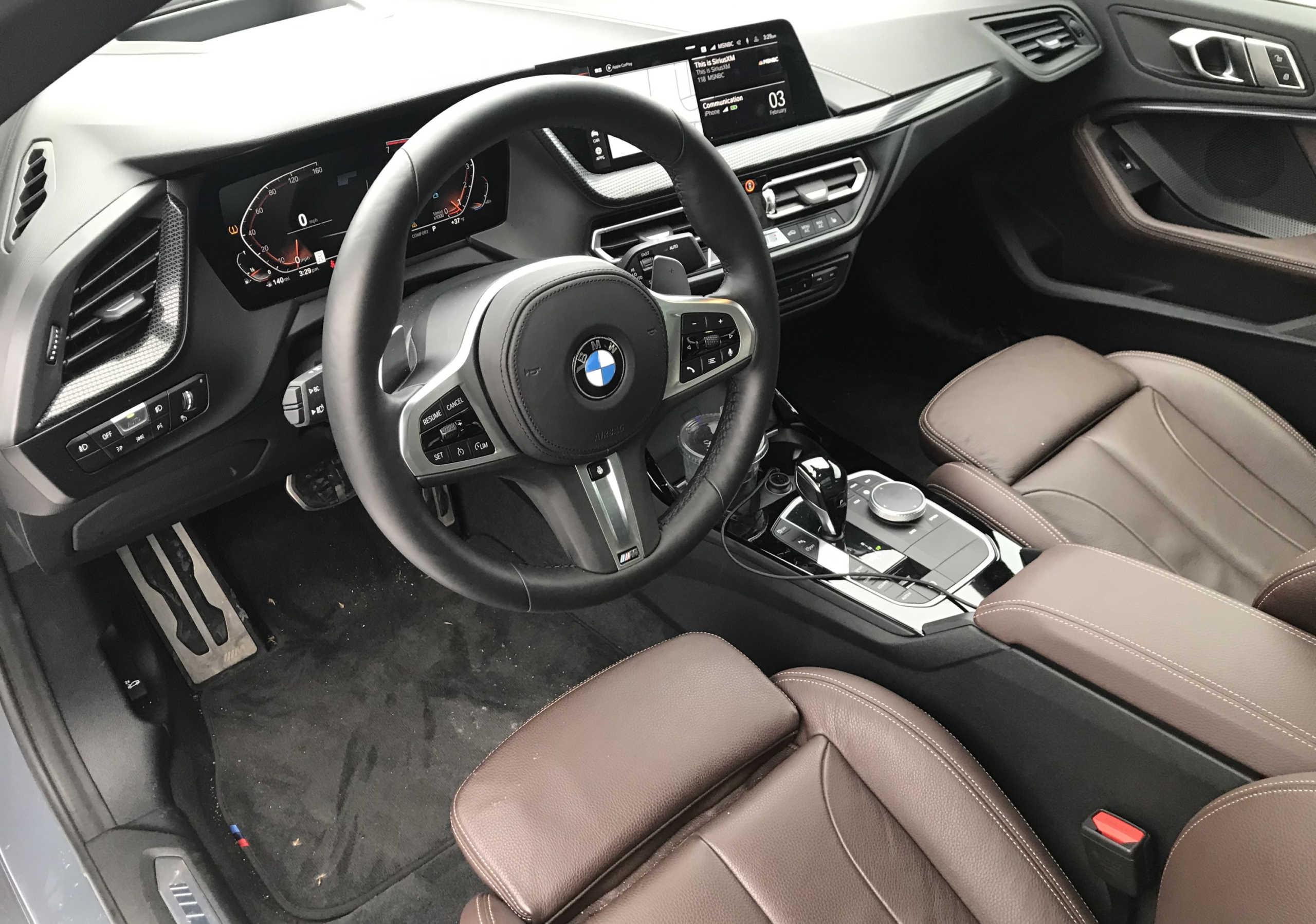 Interior design is typical of modern BMWs and also very different than the vehicles this company many decades ago. Two screens grab your focus: the typical center-mounted touchscreen and the one where once analog gauges lived. In years of iDrive evolutions, the system is now quite intuitive to use. Inputs can be made via the touchscreen, the iDrive knob, steering wheel controls, and voice. That last is a bit sketchy and gets tiresome quickly.

For phone sync features and the Apple CarPlay interface, BMW has cut the cord. The connection is made via Bluetooth and Wi-Fi. This allows the driver to keep their phones in the pockets or pursues and not stress about connecting the wire. Alternatively, a wireless charger is conveniently located in the center console.

That wireless connection sounds lovely but in this vehicle, it didn’t always work well. It dropped several calls on me. When using a map app, it would drop it from the screen. In an attempt to reconnect, it sometimes forgot where we were going. Unfortunately, unlike in some other vehicles, there was no option to just use a wired connection.

Nice quality optional leather, ergonomic layout, and excellent sport seats complete the interior. Some things, such as the area around the iDrive controller had more exposed plastics than the brand’s pricier models. Because this is a small vehicle, the rear seat is a little tight on leg and headroom. Likewise, the trunk is just big enough for a week’s grocery shopping but the rear seat does fold down. Those wishing to transport skis or a bike in their Gran Coupe should strongly consider a roof rack. 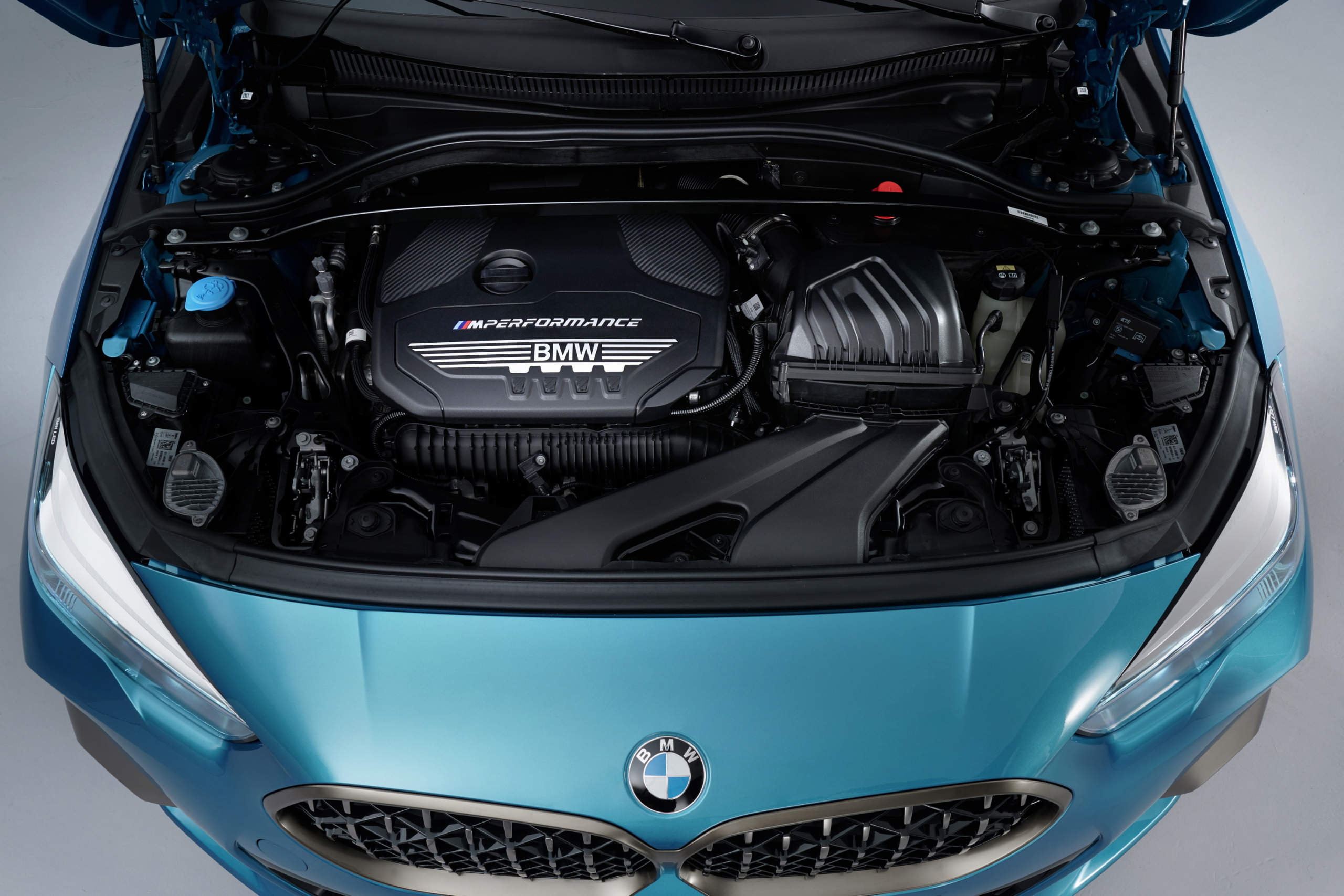 Picture of M235i engine but they’re pretty much identical.

The two-liter, turbocharged four-banger in this BMW 228i Gran Coupe makes 228-horsepower between 5000 and 6000RPM. It also makes 258 lb-ft of torque between 1450 and 4500RPM. This is connected to an eight-speed automatic transmission (stick? LOL, niet!) and the power is sent to all four wheels. There is also a blasphemous front-wheel-drive 228i version. There also exists an M235i xDrive that makes 301 horsepower and 331 lb-ft of torque but I have not driven that.

The little bimmer is quick on its own. BMW conservatively calls for a 0-60MPH time of 6.0 seconds but measured time is much faster. But you don’t really want to line-up to any drag races as it feels slower than that. The issue with this bimmer is a very noticeable lag or a delay from the moment power is applied to the time the vehicle actually moves. I’ve seen this phenomenon in other modern turbocharged four-cylinder cars with automatic transmissions. Thankfully, they are not all like this, and it’s not even all BMWs – the 530i was fantastic (yes, that has a different engine).

The suspension, in this M Sport package-equipped vehicle, was focused more on performance than comfort. While body-roll and yaw were minimal, road imperfections were clearly transmitted into the chassis. It was great on smooth roads but most roads are not great here in the northeast. The vehicle’s suspension does not need to be stiff to be sporty. 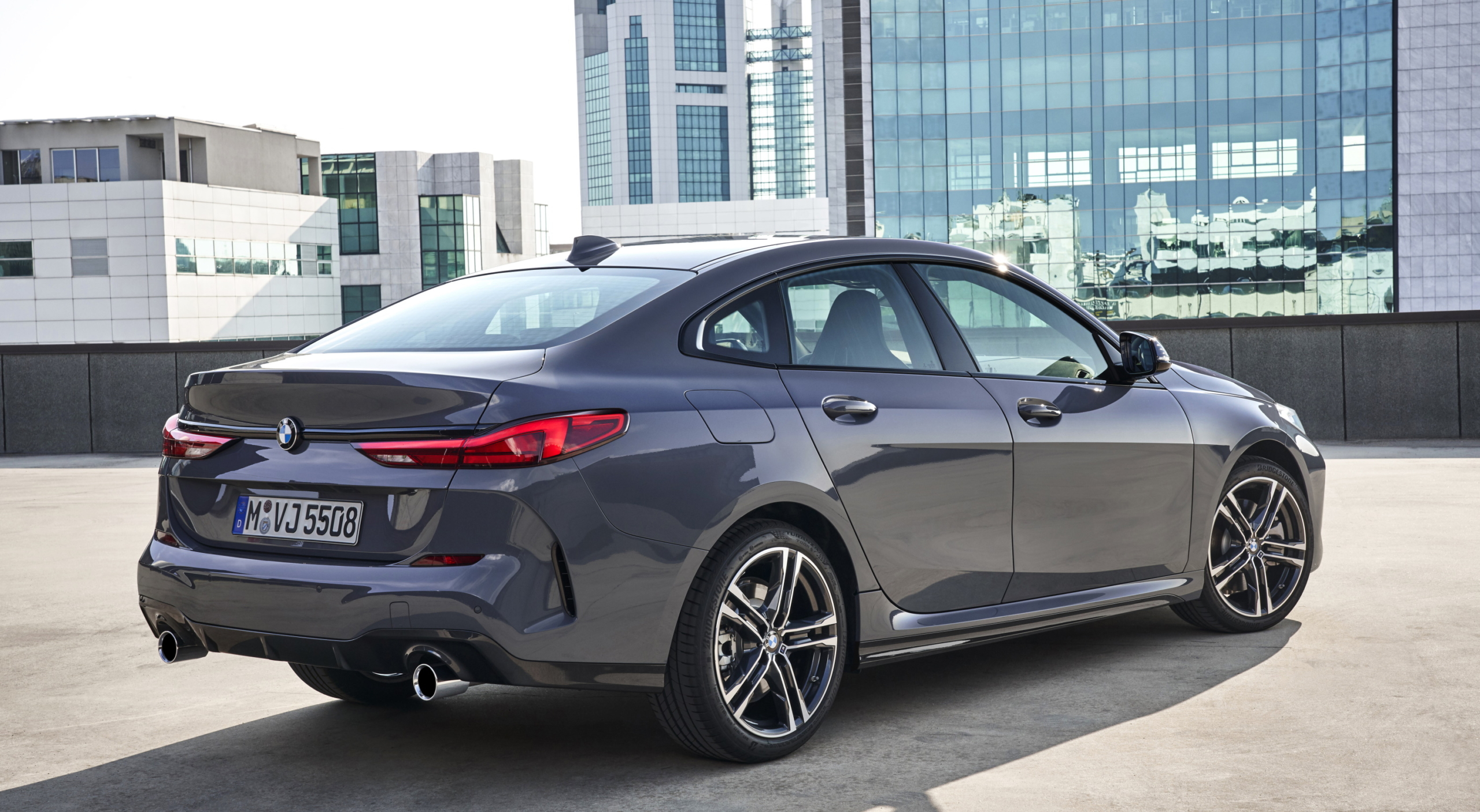 There is no doubt that any enthusiast of classic BMW will find issues with these 2-Series Gran Coupe vehicles. Those are also the same people who originally rejected the X5, only to have purchased one years later. But whereas the X5 at the time of its premiere offered something new, the Gran Coupe is nothing new. There are plenty of new small sedans with turbocharged engines and AWD that are better at everything the Gran Coupe tries to be. Most of them are less expensive, too. So the BMW 228i Gran Coupe seems to be a fill in a gap of a product line that otherwise just rests on the brand’s laurels.