Before ever seeing the Ford Ranger in flesh, I read some not-so-positive things about it. I heard that the engine is weak and the dash is dated. I heard that the cab is small. And then there’s the payload, towing, torque, and many other specs or features. As I’m writing this, I can’t actually think of many positive things I’ve heard about the new Ranger.

Unless I was reading all the wrong things, I found it difficult to believe that the company that makes really excellent half-ton pickups would half-ass something as important as a mid-size pickup. One which it hasn’t sold in North America for several years. I needed to try this one for myself. 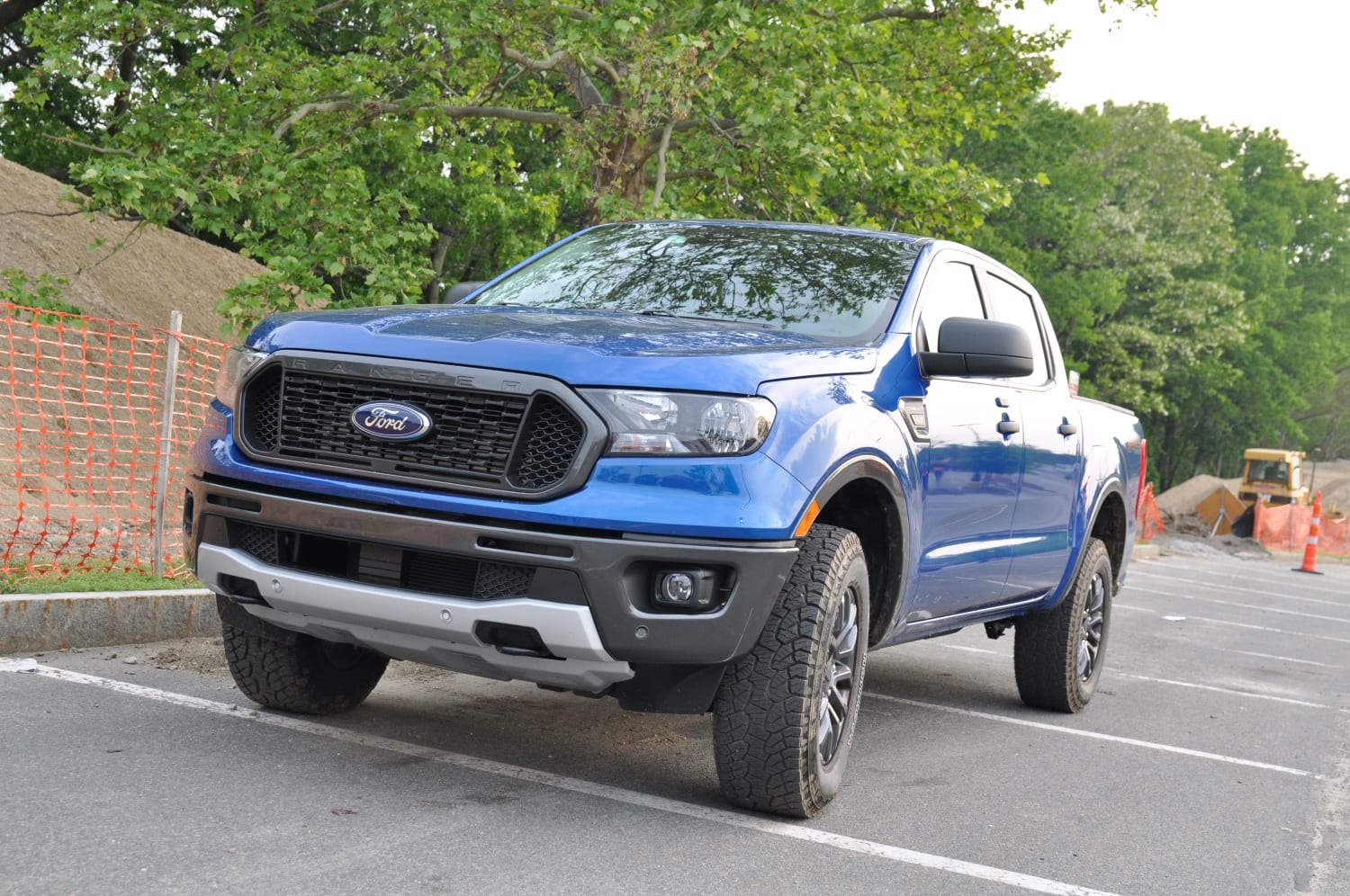 All the truck you actually need

The truth that no one wants to hear is that pickup trucks such as the Ranger, Tacoma, and even Ridgeline are all the truck most half-ton buyers need. Payload and towing are important but from my experience many who are really concerned about towing heavier than utility, snowmobile, pop-up camper, or dirt bike trailers, ones weighting way north of 5,000 pounds, end up with half-ton trucks or bigger.

The 2019 Ford Ranger has a payload rating that varying between 1,560 and 1,860 pounds, based on the model configuration. Each model can tow 7,500 pounds. All those figures are higher than those of a Tacoma. But the new Gladiator has it on towing by 260 pounds. The Ranger does it without needing a special option package. Regardless, anyone pushing those payload and towing boundaries should just get a bigger truck.

Ford has been downsizing and turbocharging their engines for some time now. Over the years the EcoBoost engines have proven themselves for good power and fuel economy, though not at the same time – call them EcoOrBoost. If these engines lack anything it’s the sound that their bigger predecessors made. 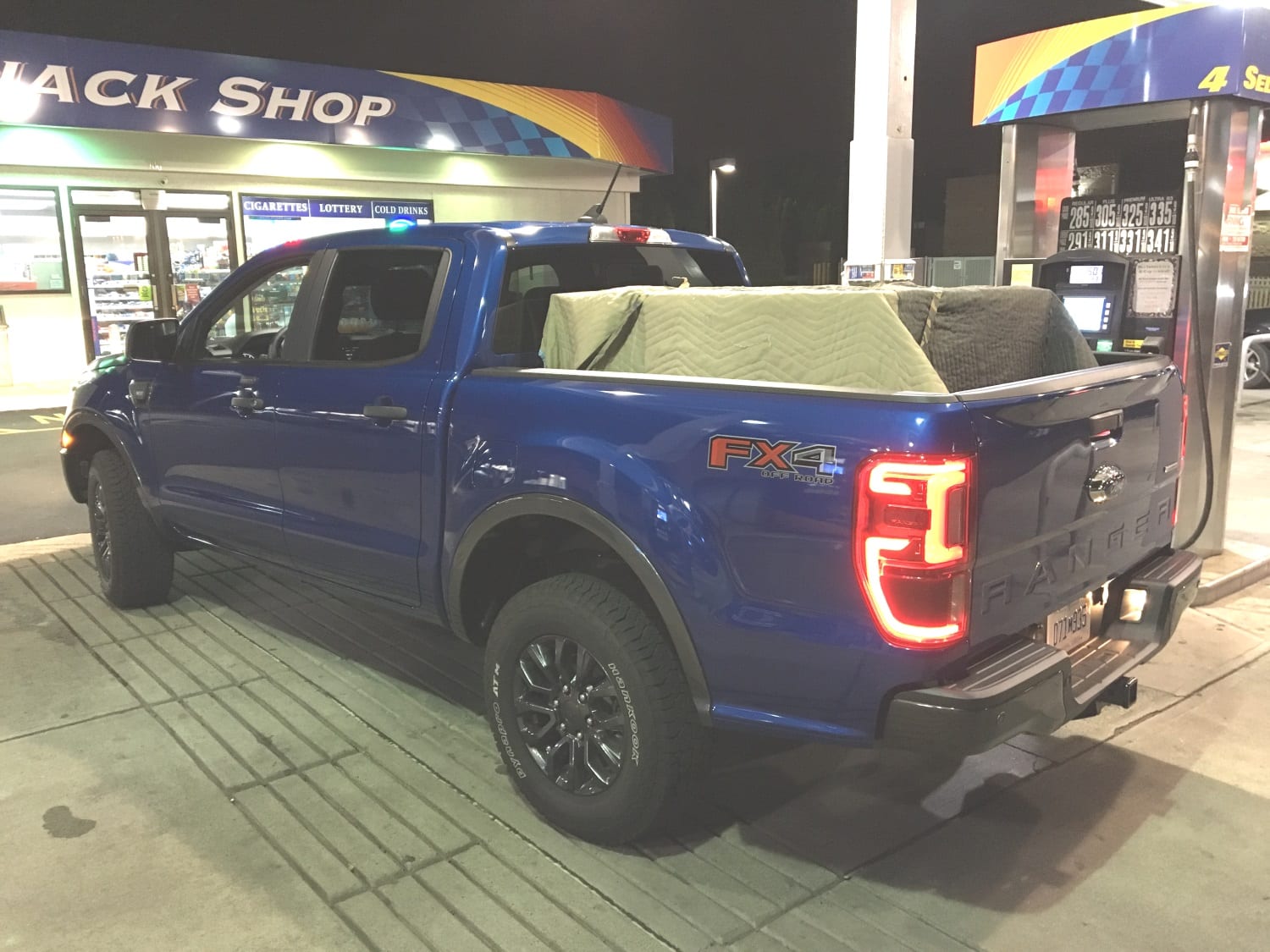 Ford’s direct-injected, twin-scroll turbocharged, 2.3-liter makes 270 horsepower at 5,500 rpm and 310 lb.-ft. of torque at 3,000 rpm in this application. A 10-speed automatic transmission is the only choice and it’s a great choice – it seems to be programmed less conservatively than in the F-150 applications. Judging by those numbers it would seem that low-end power is lacking, but it isn’t.

The torque curve seems pretty flat – the engine does not feel like a four-cylinder or the average turbo. It, weirdly, feels a bit like a V6, with an extra kick on the highway. Feelings aside, all you need to know is that it is more than sufficient for this application. If there is an annoyance it’s the rather harsh engine auto start/stop, which most will find themselves intuitively disabling after starting the engine. 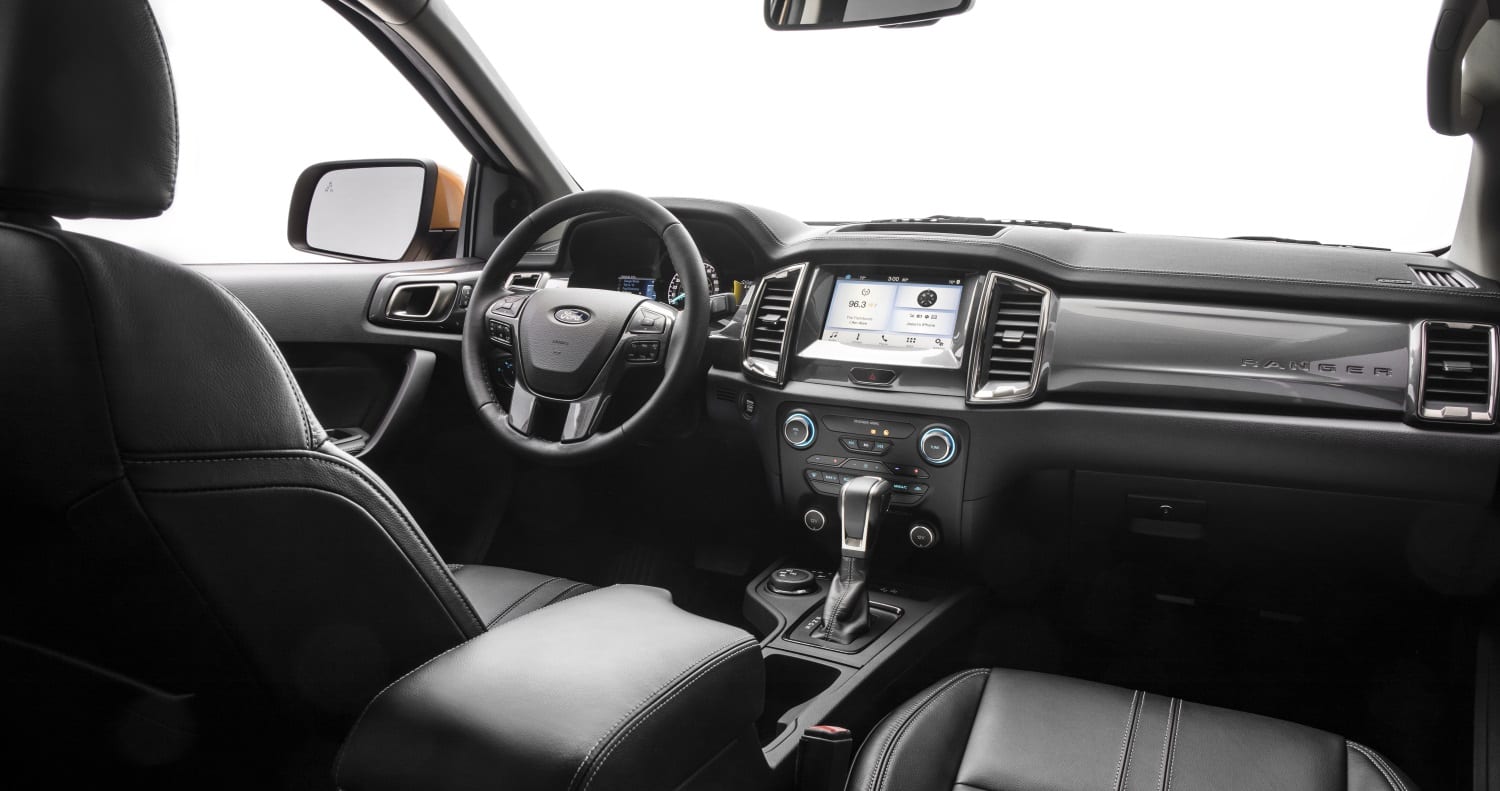 The interior is where the Ranger seemed to get the most jeers from other people who are into interior evaluations. I don’t know why, but I really didn’t mind it. It’s a truck and the interior won’t make you think you’re in a cowboy Bentley. The cab is smaller than that of the F-150 but it isn’t in any way small. There is no awkward driving position as on the Tacoma and the quality is better than that of the GM Canyon/Colorado twins. Passengers front and back won’t complain any more than they would in a mid-size sedan. The rear bench flips up or folds down to either hide or transport cargo.

If there is anything to criticize inside it’s the seat bottom cushions, which feel like they just came out of a retired Crown Vic taxi. They’re spongy and lack support. Other than that, the cabin is intuitively laid out and Ford’s Sync is one of the best infotainment systems on the market. I had a brain-fart and forgot to snap interior pics and had to use the ones provided by Ford, of a higher trim model – biggest difference was the seat fabric. 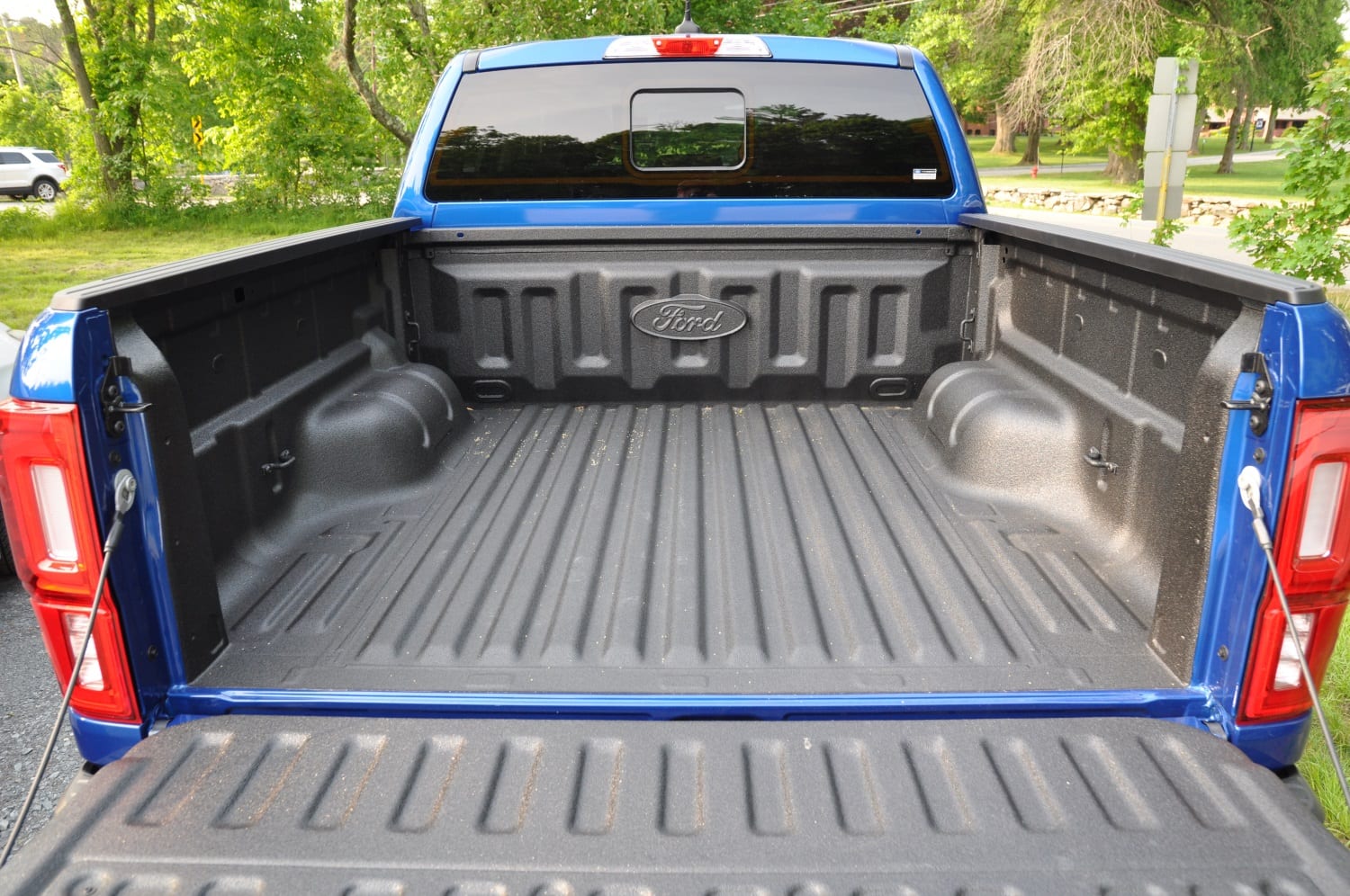 How does it truck though?

The bed was once the reason why people bought a pickup. Now it seems like the pickup is basically a large sedan and its bed is a very large trunk. In the case of this XLT, the bed had a factory spray-on bed-liner, six tie downs, lights, and a remotely locking tailgate. A 12v socket is available. The bed is 61” long (72.8 on super cab model), 61.4-inches wide (43.3-inches at wheel wells), and just over 20-inches deep. The tailgate had a back-up camera and a light that was handy when hooking up a trailer but it didn’t have support springs that would make closing and opening it easier.

This particular truck was equipped with the FX4 Off-Road Package, which includes special shocks, tires, a locking rear differential, tow hooks, skid plates, and software with various driving modes that’s supposed to make off-roading easier. But I question Ford’s choice of Hankook Dynapro AT-M tires. In the slick stuff, mud and dirt stuck to the rubber like small pebbles stick to racing rubber. That quickly turned it into a slurry which would just spin in the mud and wet dirt roads. I got a lot of unintentional wheel spin on a dry grassy field, too. 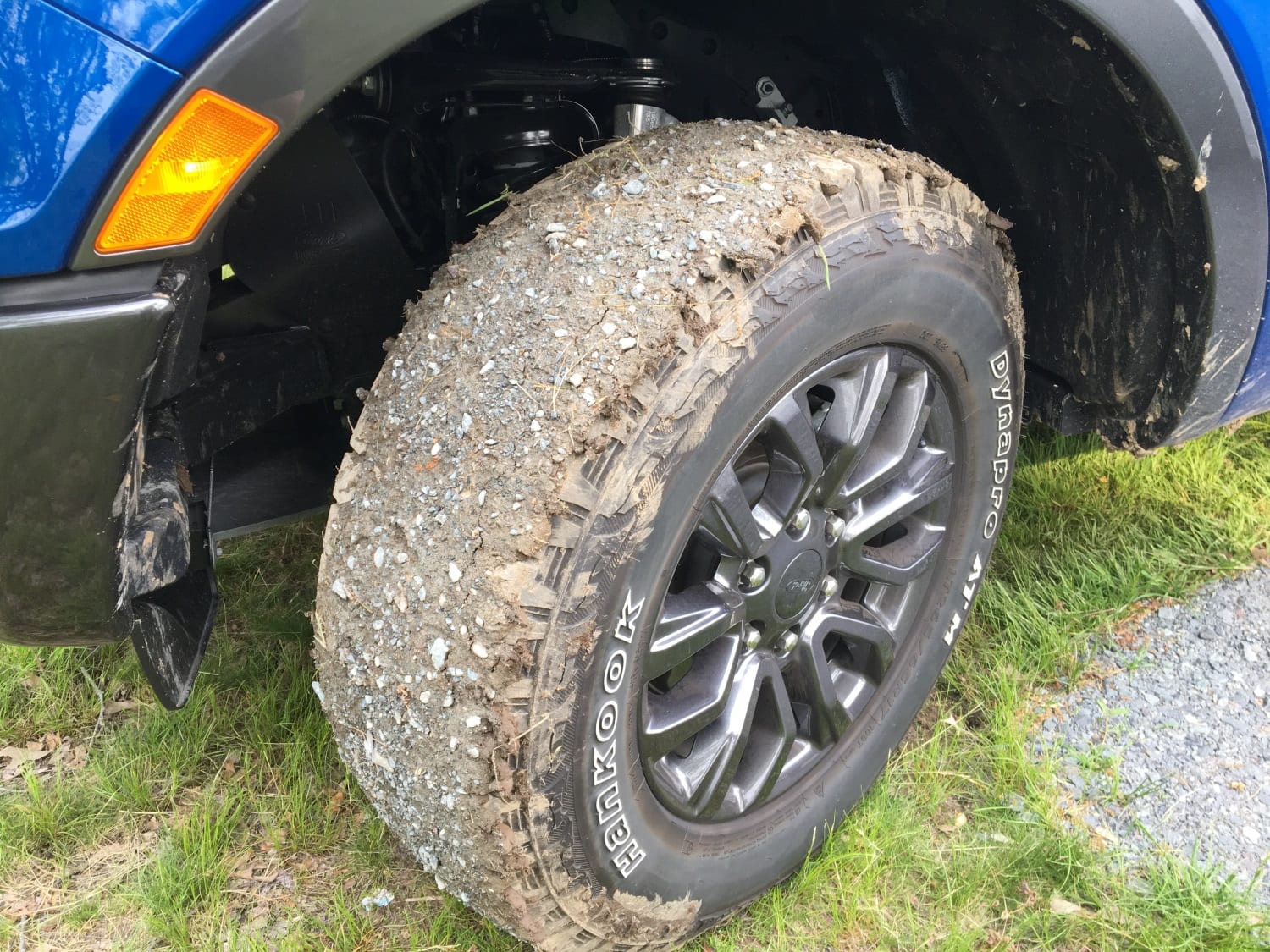 Having spent a week with this Ranger, which involved city and highway driving, transport of some furniture, a trip to hardware store, and just commuting, I grew fond of it. It’s not perfect but I haven’t seen a mid-size pickup that is.

But all the jeers I read of it don’t add up. It’s a great not-so-little truck. Having driven the Ranger, the Gladiator, and the Tacoma I really could not pick a winner from the three, especially when the price is a consideration, as it should be. This is a tight race filled with great options. 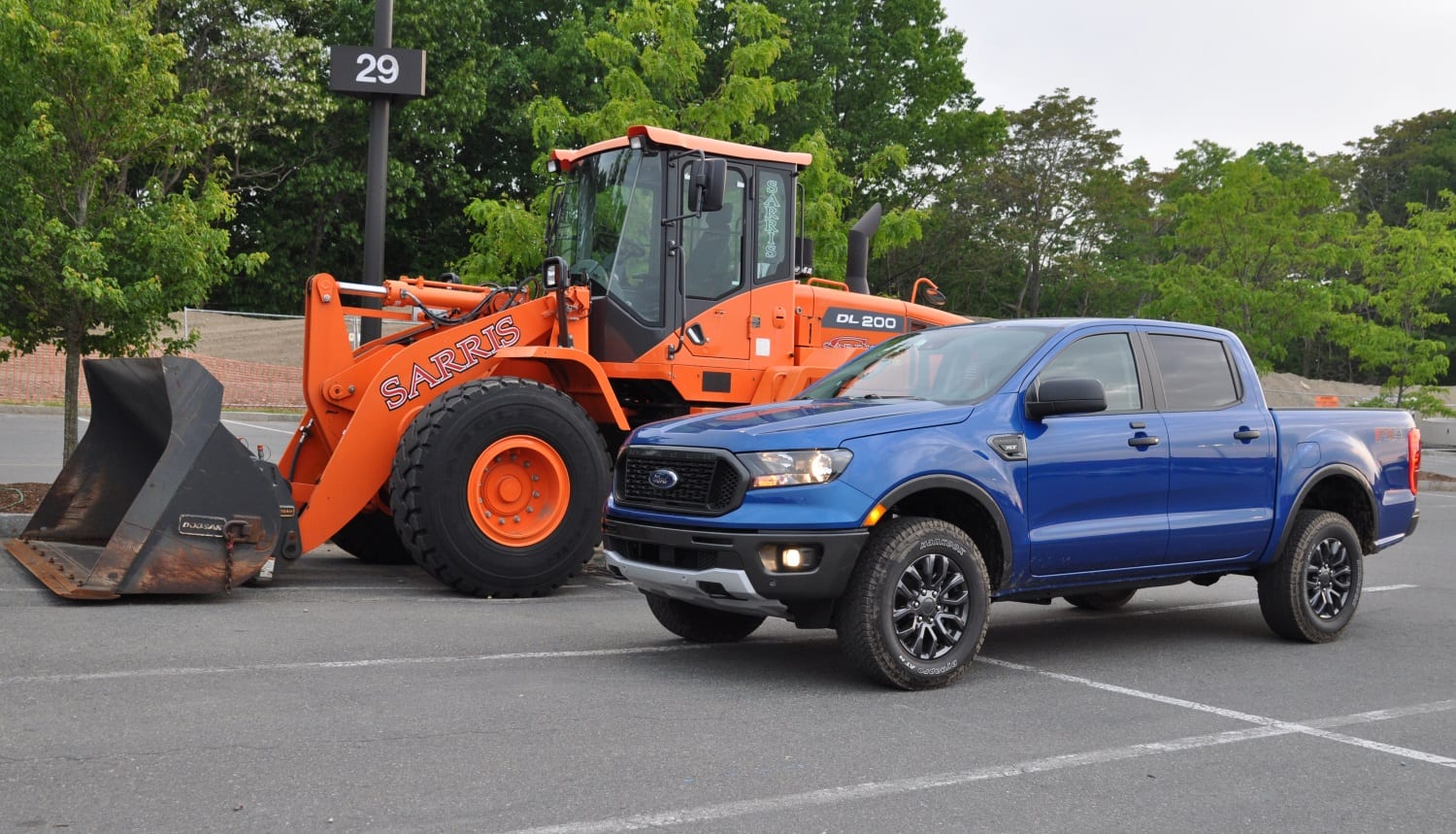 [Disclaimer: Ford lend us the vehicle for the purpose of this review. Images, unless noted, copyright 2019 Hooniverse/Kamil Kaluski]