In the late 1990s and early 2000s, the BMW 3-series was an obvious choice for a premium sport sedan. Sure, the C-Class Benz and the Audi A4 existed but both left a lot to desire. Those cars had individual items and features of the 3-series but just could not quite tie it all together like the Bavarian. Over the years things got wacky. BMWs got bigger and the German competition got better. In addition to that, new competitors arrived, such as this Genesis G70.

On paper and in pictures, this midsize sedan seems like a winner. It looks great from every angle (my pictures don’t do it justice). Its longitudinally-mounted twin-turbo six-cylinder engine sends it power to the rear wheels, or to all four wheels as in the pictured vehicle. Inside are features that we have come to expect from such cars – heated this and leather-wrapped that – everything is nice to touch and look at it. For your ears, there is the 15-speaker Lexicon surround-sound system. So far so good. 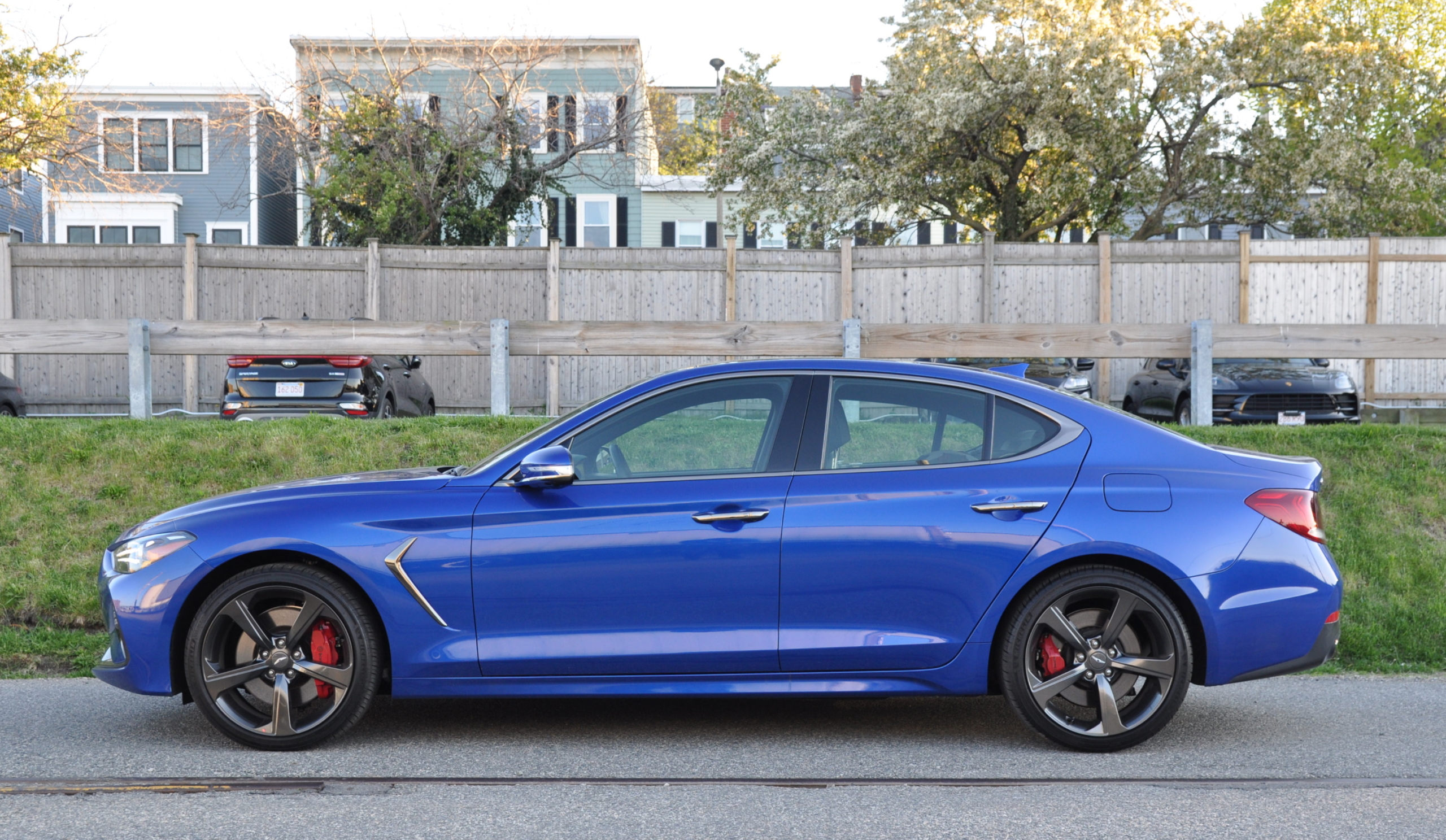 The question is, can this new-ish Korean brand really pull it together and produce a legit inspiring sporty midsize sedan? Or is it just a bunch of parts thrown in together with the expectations that those will provide an aura of opulence and performance?

The previous king of this segment, or really any other vehicle, does not seem to clearly dominate it. That makes this a trickier question. But the answer is rather simple. Yes, the Genesis G70 has some sort of magic built into it where it comes up a legit premium sports sedan.

The G70 is the kind of a vehicle that can be driven daily and with all those drives it will make the driver smile. It is rewarding in terms of comfort and convenience, as in it does all the things a midsize sedan is supposed to. It does them and in a nice way, too. When the driver decides to add some spirited driving to their otherwise mundane commute, the G70 obliges. 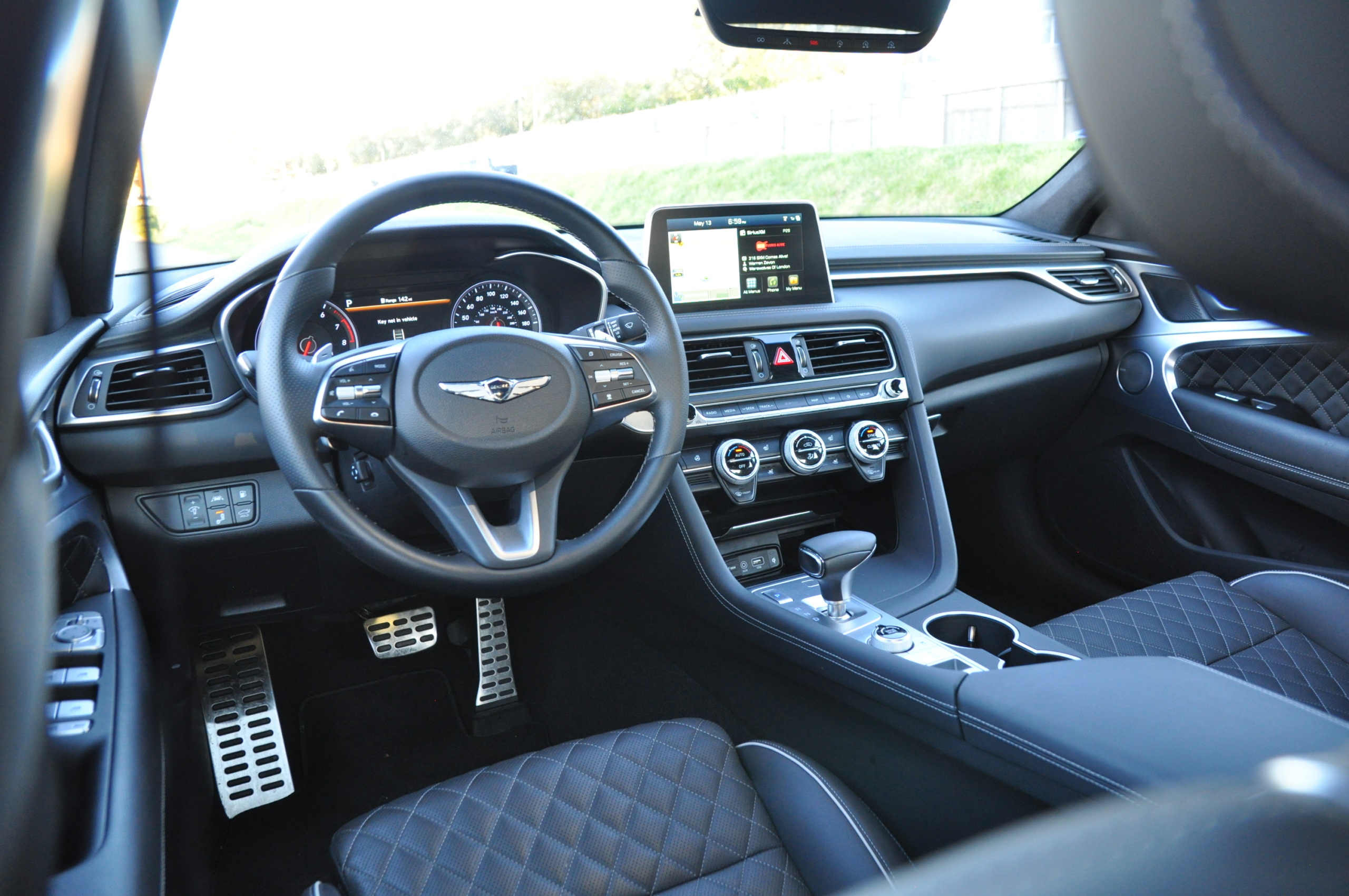 The 3.3-liter twin-turbo V6 makes 365-horsepower at 6,000 rpm. More importantly, it makes 376 torques between 1,300 and 4,500 rpm. That torque figure is really what makes the G70 feel powerful than the numbers may suggest. Having experienced it several different vehicles now, I can say that Hyundai’s 3.3-liter is a really fantastic engine.

The fact that it is exclusively connected to an eight-speed automatic transmission shouldn’t be an issue. That transmission is calibrated very well to the engine. It’s smooth but quick when needed. It doesn’t needlessly keep engine speeds up just as it does not bog the engine down to save a tiny drop of gasoline. Likewise, the all-wheel-drive system is rather transparent in feel on the road.

When driven harder, but within a safe reason on the road, the G70 lacks a bit in feedback. I think the combination of electric steering and tires designed more for comfort than performance would make this more pronounced on the track, especially to an experienced driver. Overall, the G70 will not disappoint as a sporty grand touring sedan and twisty road fun machine. Track junkies and cone killers should not apply. 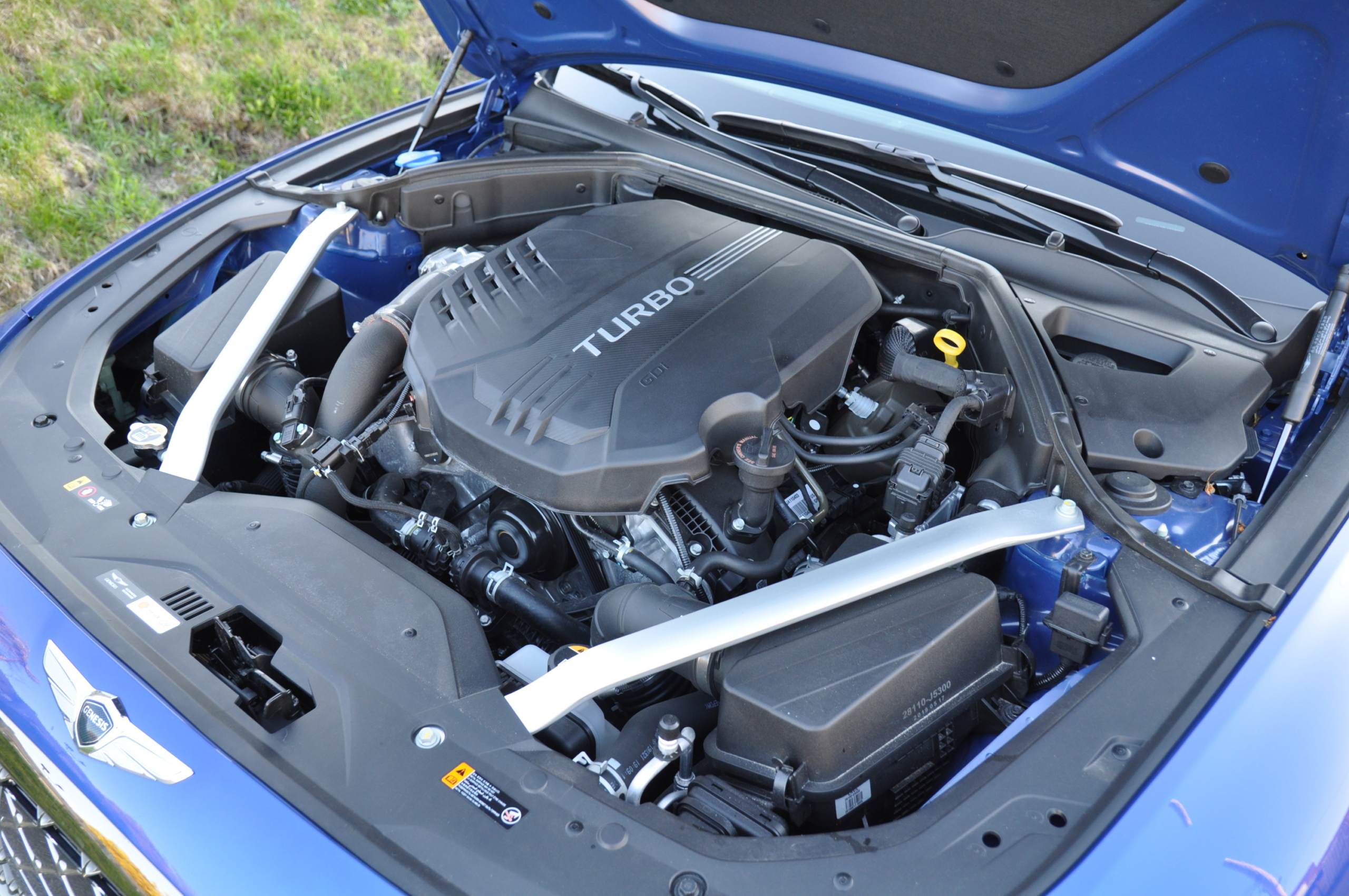 The base, four-cylinder, rear-wheel-drive, 2020 G70 starts at around $38,000. The V6 AWD model starts at $48,200. Loaded, with the Sport Package, it’s about $53, 375. This may seem like a lot until we look at the BMW M340i xDrive sedan, which starts at that price. Granted, the bimmer has a little more power and is a bit faster, and has some characteristics that the Genesis may never have. But it is debatable if it is a significantly better vehicle.

The modern automotive world is a much different place now than it was in the late 1990s and early 2000s. It would be silly to hold those cars to modern standards. While the BMW 3-series has morphed into a very different car, the G70 somehow manages to inject some of the classic sport sedan feel into a modern era. The Genesis G70, similarly to the Volvo S60, somehow seems to be a better alternative for those who loved BMWs from 20 years ago. The G70 looks great, it drives great, it handles very well, and it is well made. 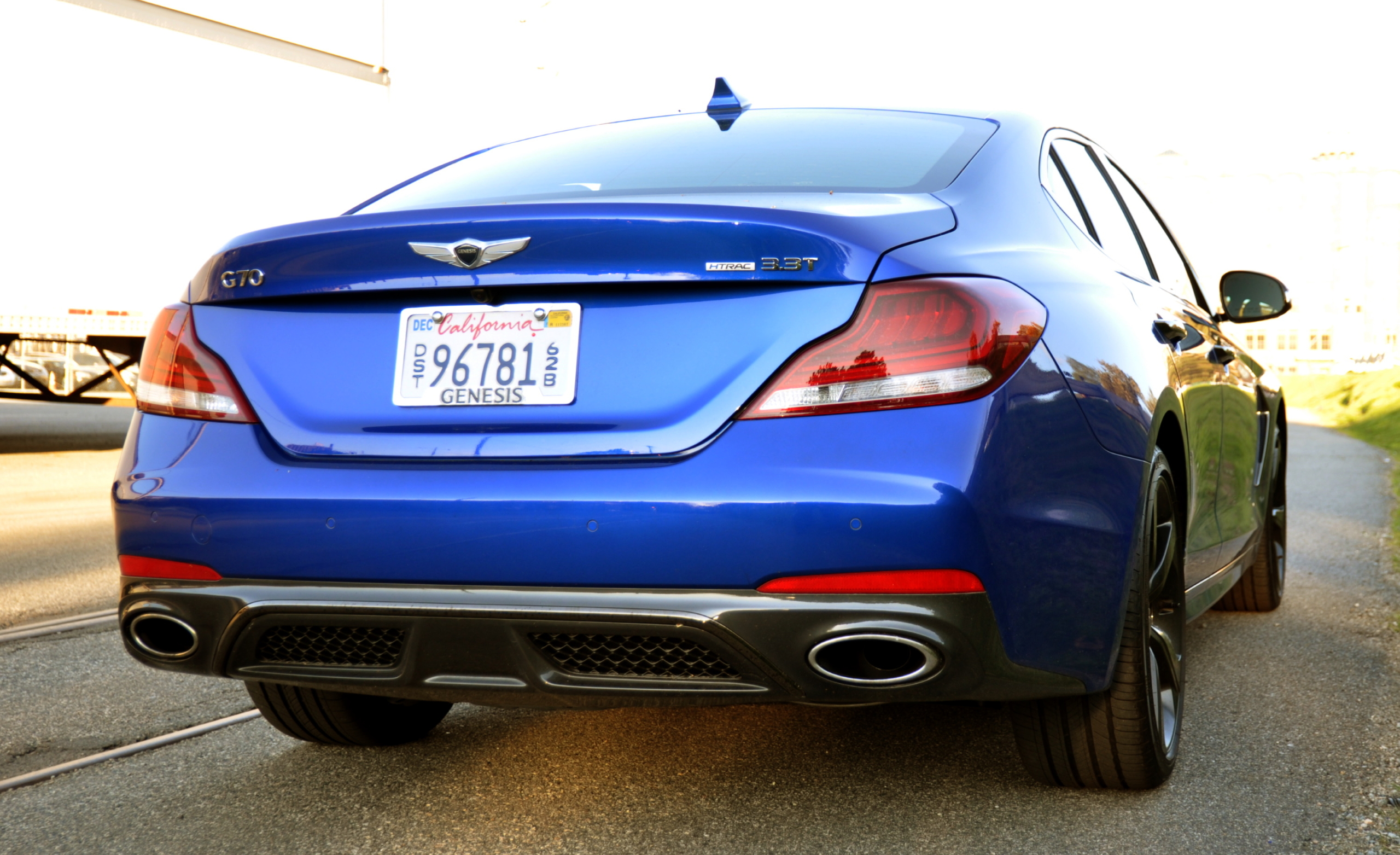 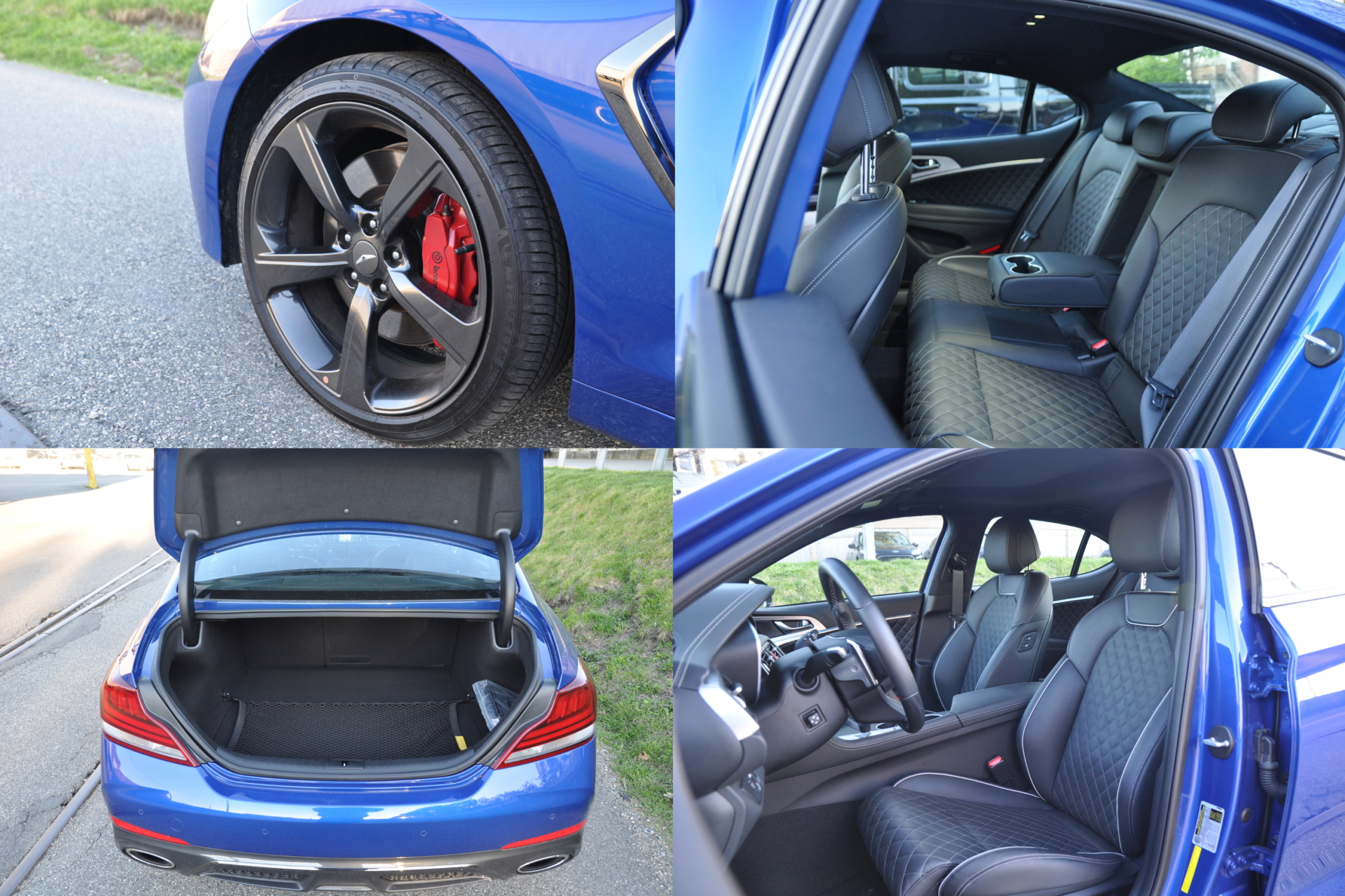