Porsche 960 Turismo: The rear-engined 918 Spyder sedan that never was

Porsche recently unveiled to the public a series of never-before-seen concept cars. Previously, the Mission E Concept was as far back into the Taycan’s development history as we knew about. But one concept goes a step further.

Much of the Taycan’s design is visible in the 960 Turismo, from the coupe-like roofline to the immensely wide rear fenders. Porsche also ditched the enormous headlights for, frankly, a far more modern-looking and sleek design. The Taycan’s rear end differs a bit as well since it no longer needs to accommodate an engine. 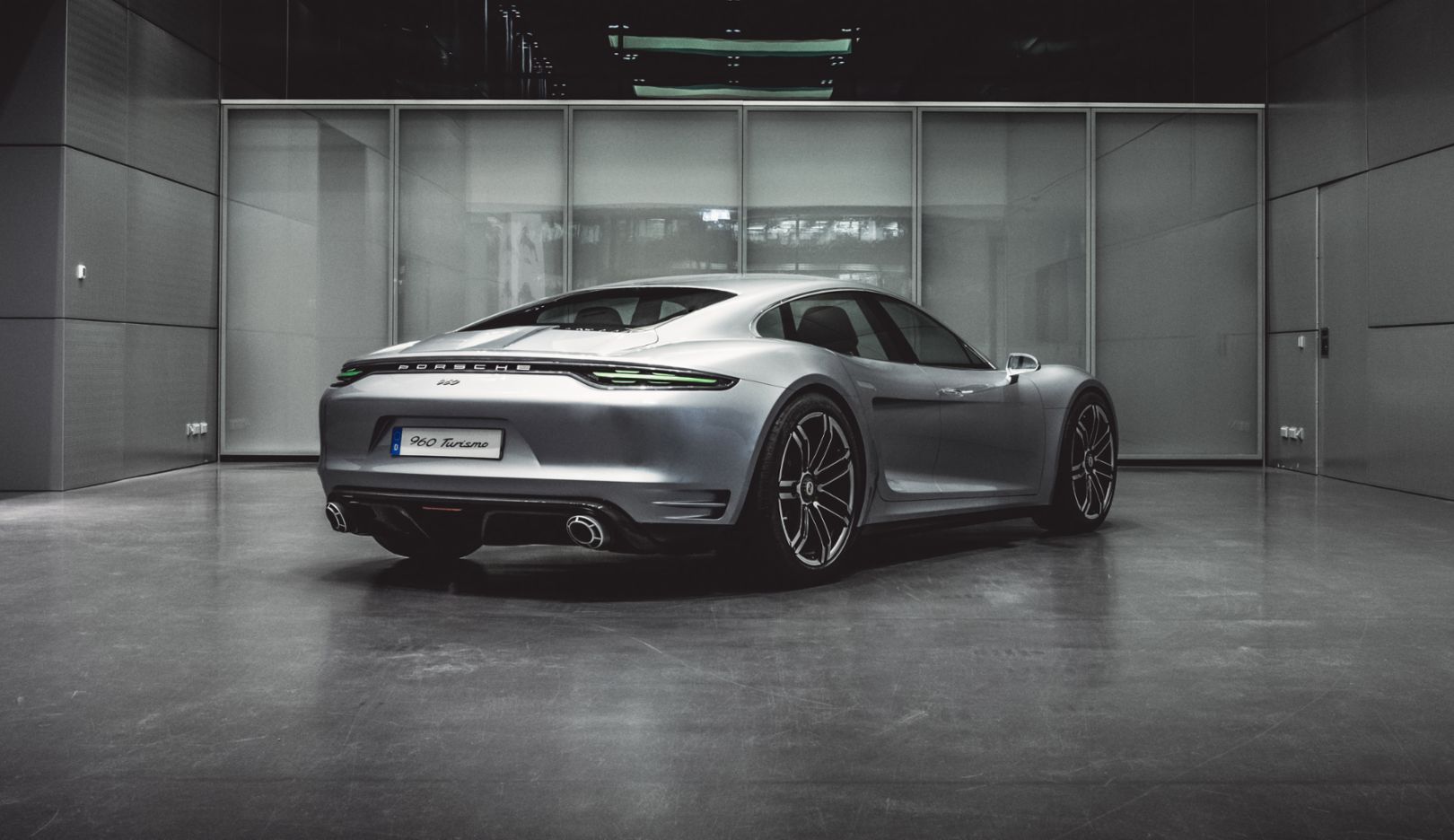 Fortunately, the Taycan didn’t deviate from the 960 Turismo’s look dramatically. That is a good thing because the 960 Turismo is a looker. It’s a beautiful, immensely striking design that manages to translate classic Porsche styling into a practical sedan body. The only downgrade seems to be in the nomenclature: “960 Turismo” seems a much more Porsche-like name than “Taycan.”

Porsche has not published much information on the 960 Turismo, but the photographs offer a fascinating look at the development process of an electric car — especially since the Taycan was not originally intended to be electric. Porsche’s site offers a look at several other concepts as well, and it’s certainly worth a visit to learn more about how their current lineup came to be.