What to do on the day that your biggest competitor is showing off their new model? Well, RAM chose to tease their new model. The TRX is a hellcat-powered RAM 1500 aiming to take on the Ford F-150 Raptor. And they did the tease pretty brilliantly, with nothing but engine noises and some dust. Their web graphic person probably did it on their lunch hour.

Unlike the current Raptor, the TRX will have the Hellcat’s supercharged V8 power, because of course. Like the Raptor, it’s likely to be a softly-suspended dessert runner. If RAM people are smart, and they are, it will likely have excellent road manners, too. But, like the Raptor, the payload and towing capacities will be lower than the conventional RAM 1500. 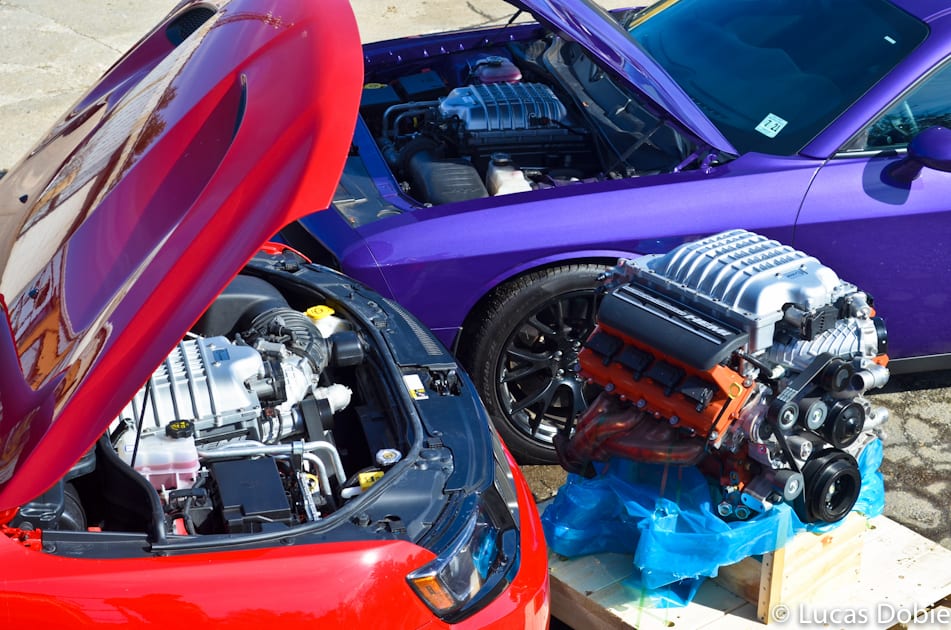 Thus far, the only non-Charger/Challenger Hellcat powered vehicle is the Jeep Gran Cherokee Trackhawk. I think that’s the best Hellcat because it just goes – all wheel traction is a beautiful thing. If we look back the original Dodge Ram SRT-10, a Viper-powered rear-wheel-drive, short wheelbase truck, some people had issues controlling it. It’s an inherit issue with pickup trucks, they are lighter the rear – there isn’t enough weight over the rear wheels. So let’s hope the permanent AWD makes it to the RAM TRX from the Jeep.

The RAM 1500 TRX will debut later this summer. It will likely be awesome but it won’t be cheap. Ford will undoubtedly answer the TRX with the new Raptor in about a year. Interestingly enough, there is likely a lot of space under the F-150’s hood for the Mustang Shelby GT500’s supercharged V8. Let the good times roll.

It’s not a mirage. https://t.co/CZSAFgLBZZ