You come across the strangest things on the internet, and at Hooniverse, we’re good with weird. Some sort of Facebook algorithm figured I might like a post from the Stan Winston School of Character Arts (which is a thing) about the APC carrier from the movie Aliens. They were very much correct. 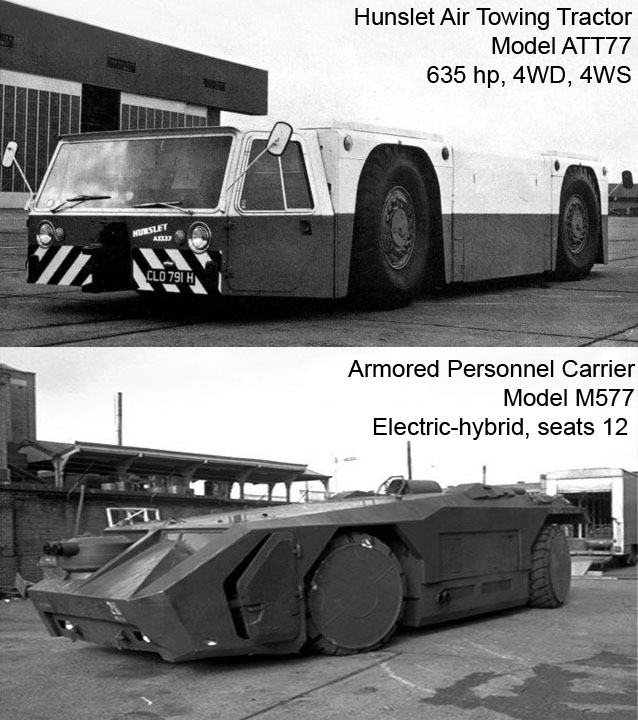 Behold, the Hunslet ATT77 Air Towing Tractor. Not exactly a vehicle you come across on a regular basis (especially these days, thanks COVID), but immediately recognizable. Back in the mid 1980s, they were working on the Sci-Fi follow up to the movie Alien and were in need of a futuristic armored personnel carrier. Concept artist Ron Cobb penned a wedge shaped vehicle with massive wheels.

Budget issues meant that they couldn’t build it from scratch. So the four-wheel drive, four-wheel steering, 635 horsepower, Hunslet Air Towing Tractor (Model ATT77) was acquired from British Airways at London Heathrow Airport. Which was a great source, since they fictitious facility in Aliens was actually the Acton Lane Power Station near Wembley in West London (also the scene of Axis Chemicals in the Keaton Batman). Unfortunately the ATT77 was massively heavy, weighing in at 72 tons. Towing tractor are heavy by design, acting as ballast to offset the weight the planes they tow. The fictional APC would was way too heavy for the filming location. So crews went to work removing 42 tons of lead from the ATT77. A local metalworking company near Slough crafted the bodywork and the whole thing took about 2-weeks to build.

Details on the OG towing tractor are minimal, but it was likely built by the Hunslet Engine Company, a British firm that got their start making “shunting locomotives”. Read more on fandom.com if you want to delve into the Aliens M577 APC, it’s quite a machine. Quick research on the actual vehicle built for the movie led me to a IMCDb page with some cool pics, but also sad news that the vehicle was scrapped in 2000 after languishing outside a production studio for years.

Game over man, Game over! 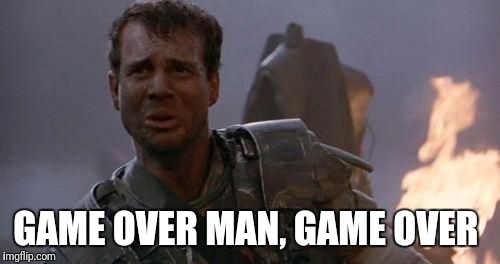