Look around, everyone these days wants a mighty 4×4 off-roader, even if they have no no-roads on to drive on. It’s a craze and it’s crazy. Wranglers and Gladiators, full loaded models too, are selling like fresh bagels. Ford took over 200,000 reservations for the Bronco within days of introduction. Toyota has sells more than 100,000 4Runners annually, and that’s a decade old model. Add the G-class and the Defender to the mix, all of which will sell relatively well.

But Toyota can’t move many of its Land Cruisers and Lexus LXs. One problem is that they are aged, another is that they are pricey. Most importantly, they just don’t look cool as cool as they could. I think Toyota is aware of this problem and that’s why it created the Lexus GXOR concept and the Land Cruiser Heritage Edition, which are steps in the right direction. But how about something more drastic?

The issue with the Land Cruiser is that it has ballooned in price. So much so that now the 4Runner sort of took the place of what the Land Cruiser was some decades back. As a 4Runner owner, I acknowledge and understand that. But I also want a Land Cruiser as it is a lot of the things that the 4Runner is not. But, hell no I won’t pay almost $90,000 for it. Clearly I am not alone in this. 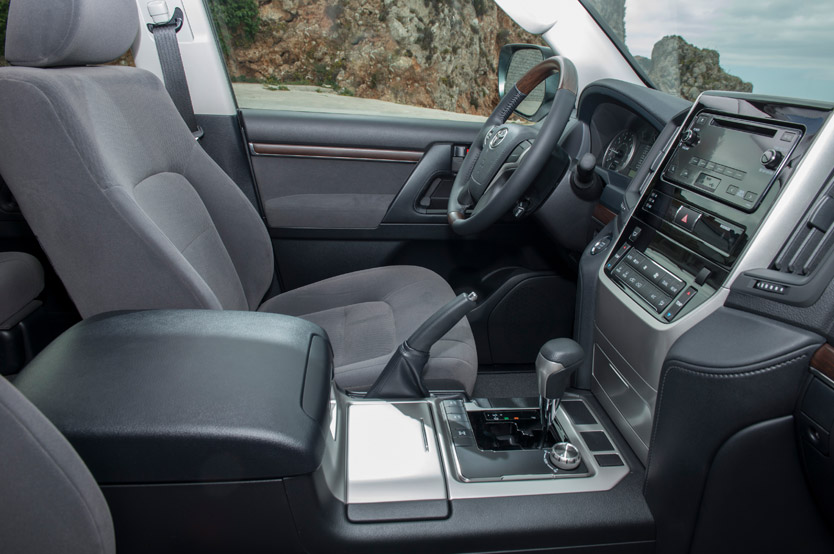 Looking at Toyota’s worldwide offerings I’ve come to the TGS model of the Land Cruiser. TGS offers vehicles to UN, NATO, and other such NGOs. The LC has no body cladding and no roof rack. It has steel wheels and un-tinted windows. The grille and the door handles are unpainted black. Inside are cloth seats and all the wood trim is replaced with ugly plastic or vinyl. The super base models don’t even have a radio, but let’s not get carried away.

What if take an American Land Cruiser, strip it of all the pseudo-luxury crap. Gone are the plastic cladding and fancy audio system. Let’s add steel wheels and knobby tires, ditch the fancy interior for a basic and robust one. Let’s give it simple coil springs and shocks but retain the proven gasoline V8 powertrain to keep costs low.

Then, let’s drop the price somewhere just north of the highest priced 4Runner TRD Pro, which is just north of $50,000. Let’s not totally forget that the Sequia exists and let’s price it at the level of Sequoia TRD Pro, which is $64,100. That’s $20,000 less than the starting price of the Land Cruiser and just happens to be the starting price of a base model Australian-market Land Cruiser. That is definitely enough for Toyota to still make profit on it.

Today we ask – would Americans pay $64,000 for a very stripped but capable and long lasting vehicle?