The Honda Beat goes on

Ben Hsu at Japanese Nostalgic Car recently wrote about the Honda Beat Parts program and the challenges that had to be overcome to get it off the ground. Continuation parts can be a tricky business. The car company that the general public buys their car from does not make all components in the same car. 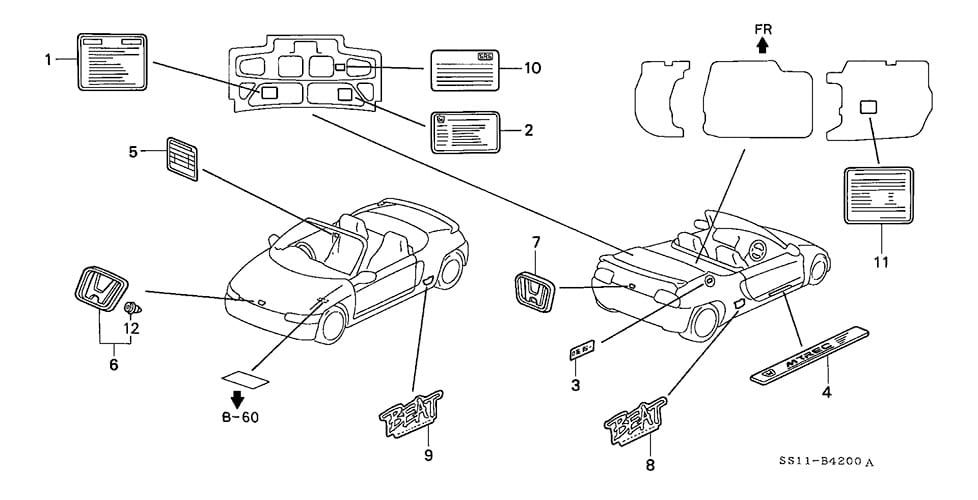 Take the German company, ZF, for example. They make transmissions. The tag line for their company is “Products for cars.” ZF came to general knowledge levels of auto enthusiasts with their reliable 8-speed automatic transmission that went into everything from an Aston Martin DBS Superleggera to a Jeep Grand Cherokee SRT Trackhawk. Now we hear about ZF again because their rear steering system is in numerous enthusiast models.

Making reproduction parts for any car can be convoluted and complicated. When I worked at an aftermarket parts company, every day had someone asking about a discontinued or unavailable part. The first generation Dodge Dakota owners were the most persistent in asking about parts availability. For the company producing the parts, it’s a pure numbers game. If there were a couple hundred thousand first-gen Dakotas sold and even less on the road at present. Investing hundreds of thousands of dollars or more into being able to sell three to five of a particular part a month doesn’t add up. The rough number was around 300,000 vehicles. If there were that many vehicles on the road, then the company would look at producing specific parts.

All of that is to bring to light how amazing it is what Honda is doing. Honda built the Beat in Japan from 1991-96. They sold 33,892 Beats over that time. Honda typically will end parts production 15 years after a model run ends. For the Beat, that meant an end to parts in 2011. But in 2015, Honda saw that 30% of the parts for the Beat were still experiencing strong sales. After some research, Honda discovered that 19,759 Beats were still on the road, over 58.3 percent survival rate for the model run.

The Honda Beat made up of 1,600 parts, and a lot of those came from suppliers throughout Japan. The Honda team went to work, locating and requesting reproductions of parts. That is a big ask of an independent manufacturing company that has moved on to producing new items. Honda believes in in-person communication with suppliers, so starting the Beat parts program meant countless hours to visit each partner company physically.

To date, the parts catalog is now up of 92 parts, but the team is working on more. This year they are hoping to add tie rod ends, a fuel return line, and a purge regulator return hose. These new reproduction parts might not be offered indefinitely. The agreement with the brake caliper supplier has only agreed to make the part until 2023. After that, who knows.

If you’re looking for Beat parts, now is the time to buy. Who knows when we will see these parts again in the future? But good on Honda for making this happen in the first place. Being able to buy parts for an old vehicle is one of the reasons I still enjoy my 25-year-old Land Cruiser. I can go to the local dealer and buy OEM parts.