For Sale: $30k and this Lancia Delta Integrale HF is Yours

As if seeing a Lancia Delta for sale isn’t rare enough, I might have stumbled upon an absolute gem. Granted it does have 93k miles, but it’s honestly super clean. The seat cushion designs are so old school that you can’t help but adore them. On the street, I could see how you could confuse it for a MK2 GTI with the square front and circular lights. But once you realize it’s a Lancia it becomes a lot more interesting.

It’s also a manual which is super cool. I would’ve thought that for $30,000 it would be automatic for sure since they started making them with that option in 1982. The iconic Maxilite Evo 2 style rims with R888R tires and the Koni Evo 1 shocks with Eibach springs set you up nicely to take this thing to the dirt. If this were mine, I’d spend every weekend hooning it around dirt trails. I’d even buy a helmet and gloves to make me really feel like a group B driver. The permanent 4WD I bet feels much rawer compared to the electronics that we have today.

Now, will the AC likely break? Probably. Will the doors start to squeak over time? Most likely. But I would compare most Lancias to Alfa Romeos in that you buy them for the driving experience. It doesn’t matter if it’s got trivial things going wrong as long as it still goes like hell. You won’t be thinking about those things as you tear down side streets. 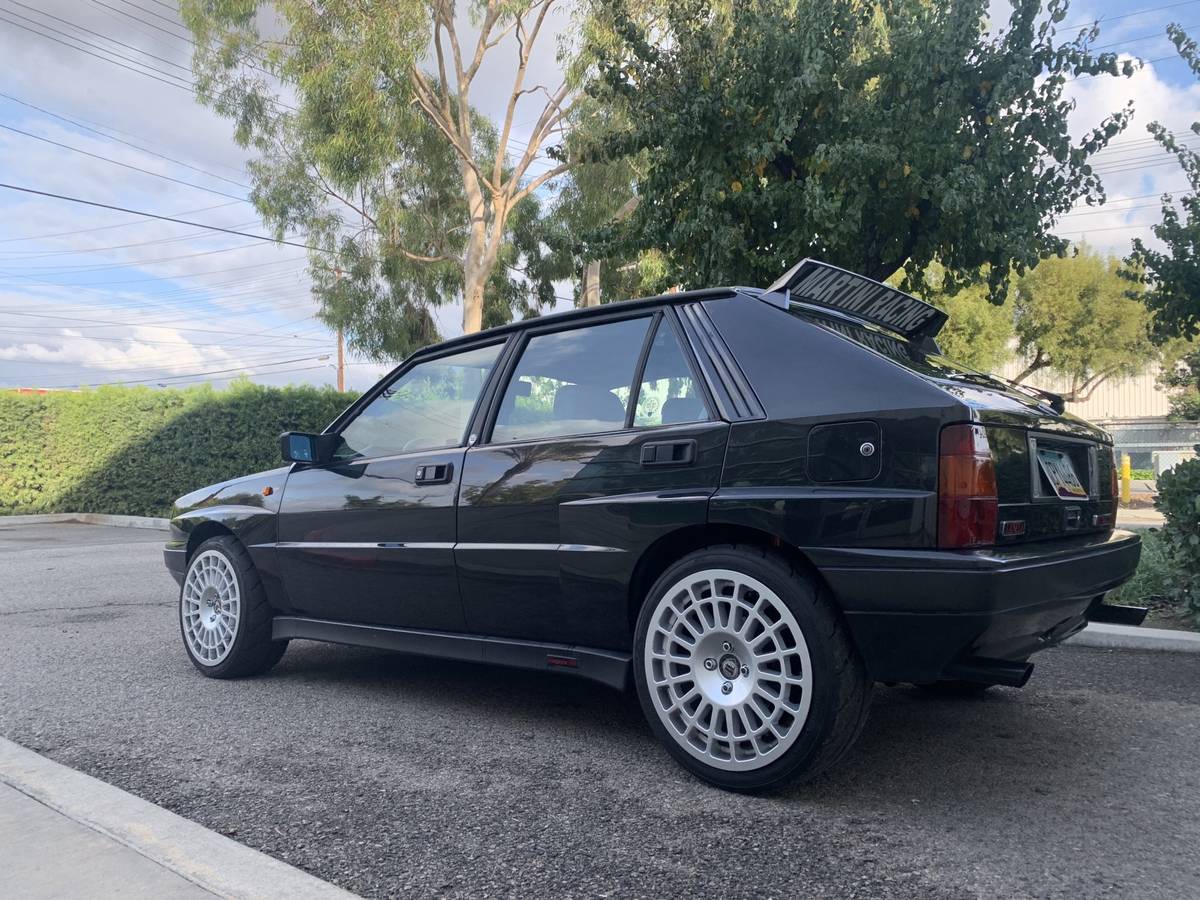 The Delta was produced from 1979 to 1999 putting this one smack in the middle of its run. The HF stands for “High Fidelity” and was used on the sportier versions of their cars most notably the Stratos. What’s special about this year is that it was at a time when rally was transitioning from Group B to Group A. The Delta Integrale’s drivetrain is what is largely attributed to the success of the car in Group B along with Group A. The fact that they took a full-on race car and made street versions is so cool to me. It’s a race car turned road legal as opposed to the reverse that we often see today.

The owner mentioned in the ad that the only reason he’s selling it is that he doesn’t have any more room in his collection. But if this is what he is deciding to part with them I’m even more curious about what else he has.