Perhaps you remember my earlier write-up on the Talbot Tagora and its racing history. In it, I detailed a plan that would make it possible to experience at least some of those heady days of Tagora Superproduction racing: acquiring a project Tagora and a PRV V6 engine from a Volvo 760, and then combining those, finally decorating the car with an appropriate racing livery paint job.

One of those things has now happened. Yes, I own a Volvo B28E PRV engine!

Even though there is not yet a solid timeline for a Tagora build, and it might take a while before I will even come up with a plan, the arguably most important thing, the engine has now been bought. Simply put, it was too cheap to pass as the seller only wanted a 24-pack of Karhu beer for it. That’s no joke, as it seems to be the preferred currency on the project car market here.

There were a couple of catches. For all intents and purposes, it was just a random, cheap PRV with no history to speak of. And it was coupled to an automatic gearbox, most likely the AW-71. And third: the engine-gearbox combo resided on the roof of an unrelated Volvo 740 Turbo behind a garage near Helsinki. 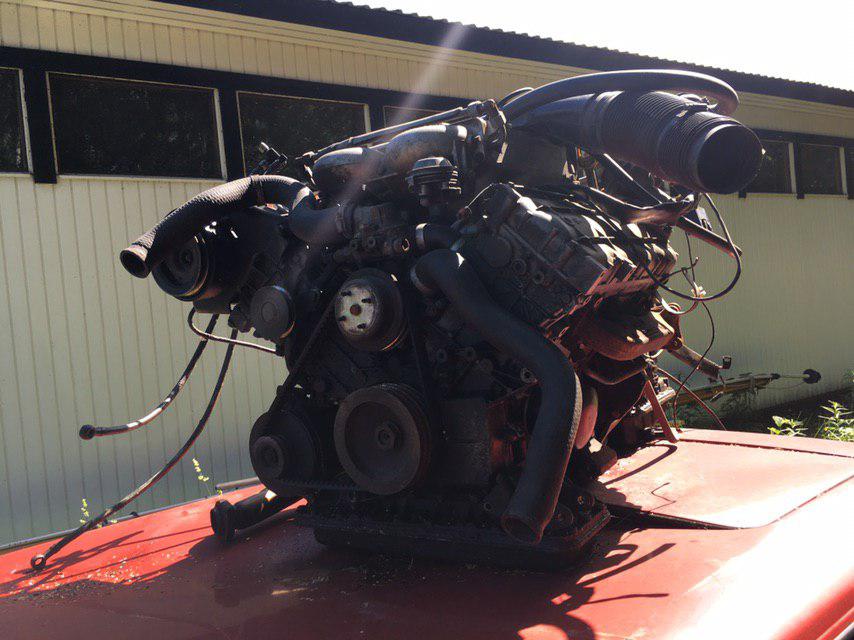 Armed with more hope than plans, we gathered a band of hoons and headed to the location. There the engine sat, perched on the roof of a partially scavenged 740 teetering on old wheels. Both the engine and the car underneath would have ended up scrapped, so we could sacrifice the car’s sheetmetal to handle the engine.

First, a crowbar, a two-by-four (fitting for a Volvo, huh) and some cargo straps helped us to slowly pull the engine onto the hood, destroying the windshield in the process. I had strategically placed a floor jack under the front crossmember to keep the front end from coming crashing down and dropping the engine to the ground, and mercifully it did not fail me.

We pulled the headers and the ancillaries while the engine was on the hood, so it would be even easier to maneuver. The gearbox bolts also came loose neatly enough for the box to be separated and placed elsewhere – we still grabbed the bell housing from it in case any future modifications would have to be made.

Any actual grief was given by the EGR setup’s rusted bolts, but incredibly the engine stripping process was far less than painful: nearly 99% of the bolts opened without swearing, and the placement of the engine made it easy to work on. It seemed the B28E hadn’t spent too much time exposed to the elements, as the V valley wasn’t completely flooded with rainwater, only the crank pulley had any rust and the hoses seemed alright as well.

When we got the heads opened, it was fair to say the B28E was in far better condition than expected. The cylinders seemed to be in good order as well as the piston surfaces. The valves were expectedly dirty but intact, and there was no evidence of any damage so far. And importantly, the cams seemed uncharacteristically good for what we had heard about the PRV’s various maladies.

The bottom end and the condition of the bearings is still a mystery, but for what it cost, the engine has a lot of healthy aspects to it and it yields a lot of good parts, at the very least. We don’t expect it to be very high mileage. 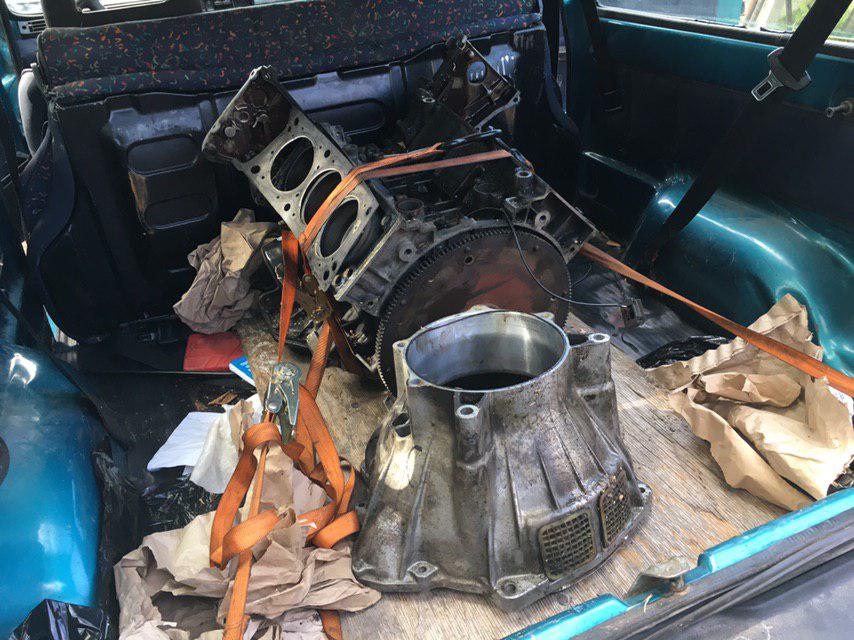 Soon after the engine had been reduced to as little and light as possible and again coupled to some straps and lumber, we managed to carry it into the trunk of the most suitable vehicle for parts hauling: my 1994 Fiat Panda. Some 400 lbs of engine and engine related crap didn’t hinder the Panda’s progress too much, even if the extra weight was definitely felt in acceleration. But the suspension never bottomed out on the way back, and we celebrated the successful engine retrieval at a very decent pizza place that serves Chinotto. 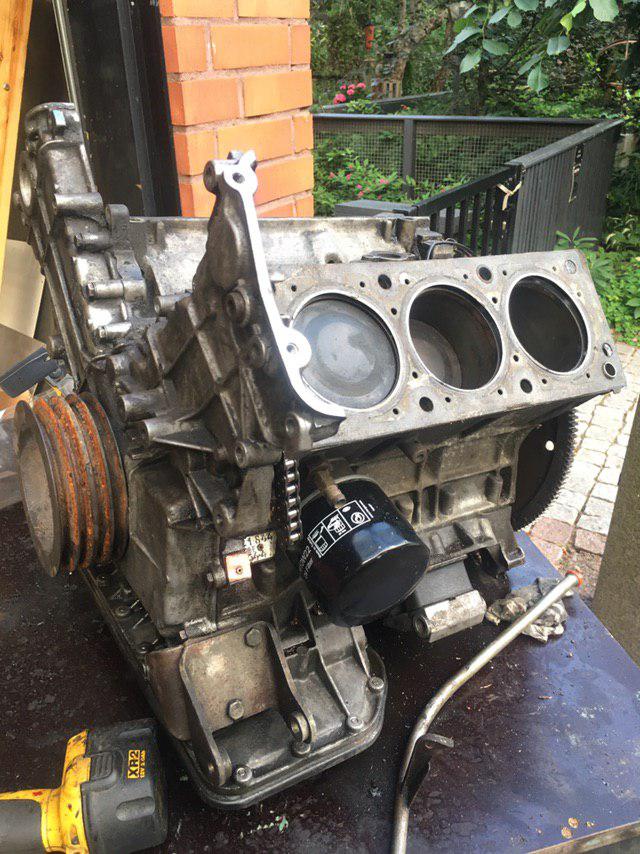 As the crank bolt didn’t budge despite various attempts at heating and cooling, we ended up leaving the crank pulley and timing chain cover in place for the time being.

Further cleaning and inspection will give us a better idea of what the engine is good for. If it ends up in a Talbot in the future, it’ll probably receive a carb setup and some other performance modifications to become more of a Tagora Superproduction engine than a random 760 lump. If it becomes a coffee table, it at least needs to be cleaned more. But even the wrenching that we got for a 24-pack of beer seems to be worth it. It’s also worth remembering the B28E is the closest thing to anything properly DeLorean related I’ll own anytime soon.