I think what is so enamoring about the SR-71 Blackbird is really rather simple; it’s the fact that people ‘drove’ it.

The reason all Blackbirds are sitting in museums today is because of the advent of spy satellites. They’re cheaper to operate, less vulnerable, and as-capable as the Blackbirds were. Hell, they’re even faster. Most satellites in low-earth orbit travel around 7,000 miles-per-hour.

I don’t care about satellites, though. Nobody drives satellites.

What’s appealing about the Blackbird, and why I think so many car enthusiasts love it, is because you could almost imagine taking it somewhere. It looks cool, it’s the fastest thing out there, and when you put your foot down, it sets off car alarms. Enthusiasts tend to enjoy vehicles like that.

The Men Behind It

If you love cars like me, you probably love the Blackbird. It’s not just the plane that’s interesting either, it’s the way it was made.

The fastest air-breathing jet ever was designed, built, tested, and put into service in under three years. This was not because of some massive amount of man-power, though. The number of engineers on the project never exceeded 135. Keep in mind that this was also not a one-off, pet project where you could file down every panel until they fit perfectly. They designed these planes for production.

Kelly Johnson, the man running Lockheed’s Skunkworks, was also not your typical engineer. A brash, foul-mouthed, Michigan-born son of Swedish immigrants, he was known to like a drink, and never lost an arm wrestle. He was also a very creative man, always open to exploring a number of design solutions, never afraid to be wrong. The chief engineer of Lockheed when Johnson was hired claimed, “That damned Swede can actually see air!”

I think Kelly was probably the only person who could’ve run a program like the one he did. He knew everything about what needed to be done. Everything. There are several accounts from Ben Rich–the man who took over the Skunkworks after Kelly retired–about Kelly’s incredible intuition. 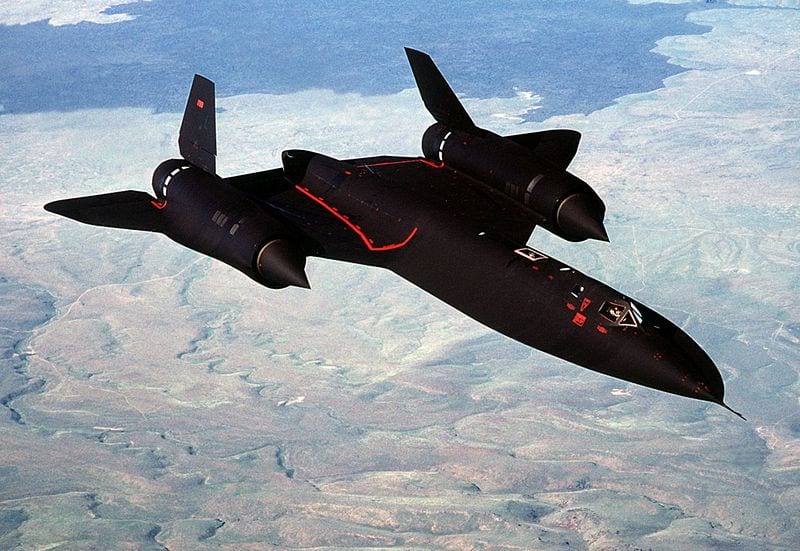 Rich would often tell Kelly there was an issue with a design, and Kelly would tell him that yes, there was an issue. In fact, the temperature/stress/force at that particular point would be ‘X’. After hours of calculations, Rich would find the number Kelly gave him to be almost exactly right.

Hearing about this man, you get the impression that he could’ve designed all of Lockheed’s projects himself. There wasn’t any part of it he couldn’t personally do, but he was always trying to be quick, be quiet, and be on time.

The Boss We All Want

That’s another very relatable part of the whole story. Not only was Kelly a genius engineer, but he was an excellent manager. Never before have I heard of somebody more violently allergic to bullshit. He shielded his employees from the business and government side of things so that they could do their best work.

This attitude is a cornerstone of being a good boss. He got his people what they needed, kept outside noses from sniffing through their activities, and fought like hell to keep it that way.

More than once, Kelly got money for a project that, after some work, just wasn’t bearing any fruit. So, he gave all of that money back (this is not typical in government contracting). The blame for delays, failures, or cost overruns always fell on his shoulders, nobody else’s.

The Company We All Want

Many businesses today attempt to emulate the success of Lockheed’s Skunkworks. It seems simple, right? Get a bunch of smart people in a room, throw money at them, and get somebody especially intelligent to lead the group. As it turns out, it’s much more complex than that.

A lot of companies try and fail to create such organizations. What they do not understand is that groups like these need to be trusted. You can’t be looking over their shoulder and constantly ask where and how your money is being spent. That sort of bureaucratic interference is what kills these sorts of projects. The film Ford vs Ferrari contains great examples of this.

One of the companies who look to be getting this right is Czinger, an independent hypercar manufacturer from the United States.

Tangent Vector just put out an excellent video concerning their new vehicle, the 21C. In this short film, they compare the way they work to how Lockheed’s Skunkworks functioned. It’s typically pretty easy to brush this sort of thing off, as more often than not, it’s just bullshit.

I don’t think it is here.

“We’ve just been cherry-picking the best people from every field in the industry,” says Jens Sverdrup, the company’s Chief Commerical Officer.

“For a new brand, this is the only way to do it for me. Where you have a credible product, and you’re not like, using your customer’s money to develop it. [We] have an honest, genuine approach to it instead of just showing something and kind of hoping it sells–and if it doesn’t sell then, well, we’ll be gone in a couple of years.”

This sounds like something Kelly would say, albeit his language would be a tad more colorful. The way they hire employees and use their money aren’t the only similarities they have to the Skunkworks either. It’s also in the technology.

Manufacturing that’s light on its Feet

Their Chief Technical Officer, John Gunner, is from the team who developed the first generation of the Ford GT (the streetcar). Jay Leno had the chief designer of that car on his show a while back, and from the way he talks about that project, you realize John Gunner is the real deal. Let’s remember that the Ford GT went from paper to pavement in only 15 months.

The vast majority of the Czinger 21C’s parts are 3D printed. No, it’s not some big, ugly, plastic body with a few car batteries thrown in. It’s no-shit, high-quality metal 3D printing using what I’m assuming is DMLS (direct metal laser sintering). This allows for very low-tolerance parts that, although they may be relatively slow to produce individually, don’t need any additional time or cost to develop tooling for. This low overhead and quick turnaround are vital for a Skunkworks type company to run. So far this all seems quick, quiet, and on time. That’s not to mention 3D printing has far fewer design limitations than traditional methods.

The company also uses a manufacturing technique known as “vertical cell”. The details surrounding the vertical cell are pretty blurry from the video, but drawing from my relatively narrow industrial design experience it seems like more-or-less a stationary assembly line. Instead of using many long rows of robot arms that just complete one function over and over again, they use smarter machines that have the potential to do many jobs, one after the other. This also means that the difference in tooling between vehicles is almost entirely software.

These all sound like things that Kelly would’ve dreamed of having. The very reason Lockheed’s actual Skunkworks has transformed into what it is today (the exact opposite of what Kelly wanted) is that–among a variety of things–manufacturing issues. Tooling costs are high, and OSHA always wants to write you up for a burned-out light bulb. You have to hire certain people for certain jobs, and the whole process is watched over by a multitude of government supervisors.

By getting rid of the workers in the situation–leaving the physical tasks to be handled by machines–the only real work to be done is mental. A thick fog of outside interference has been lifted.

They’re hiring the right employees, too. People from Koenigsegg, Apple, and SpaceX. Beyond this, they’re also acutely aware of the connections to themselves and Kelly’s Skunkworks. 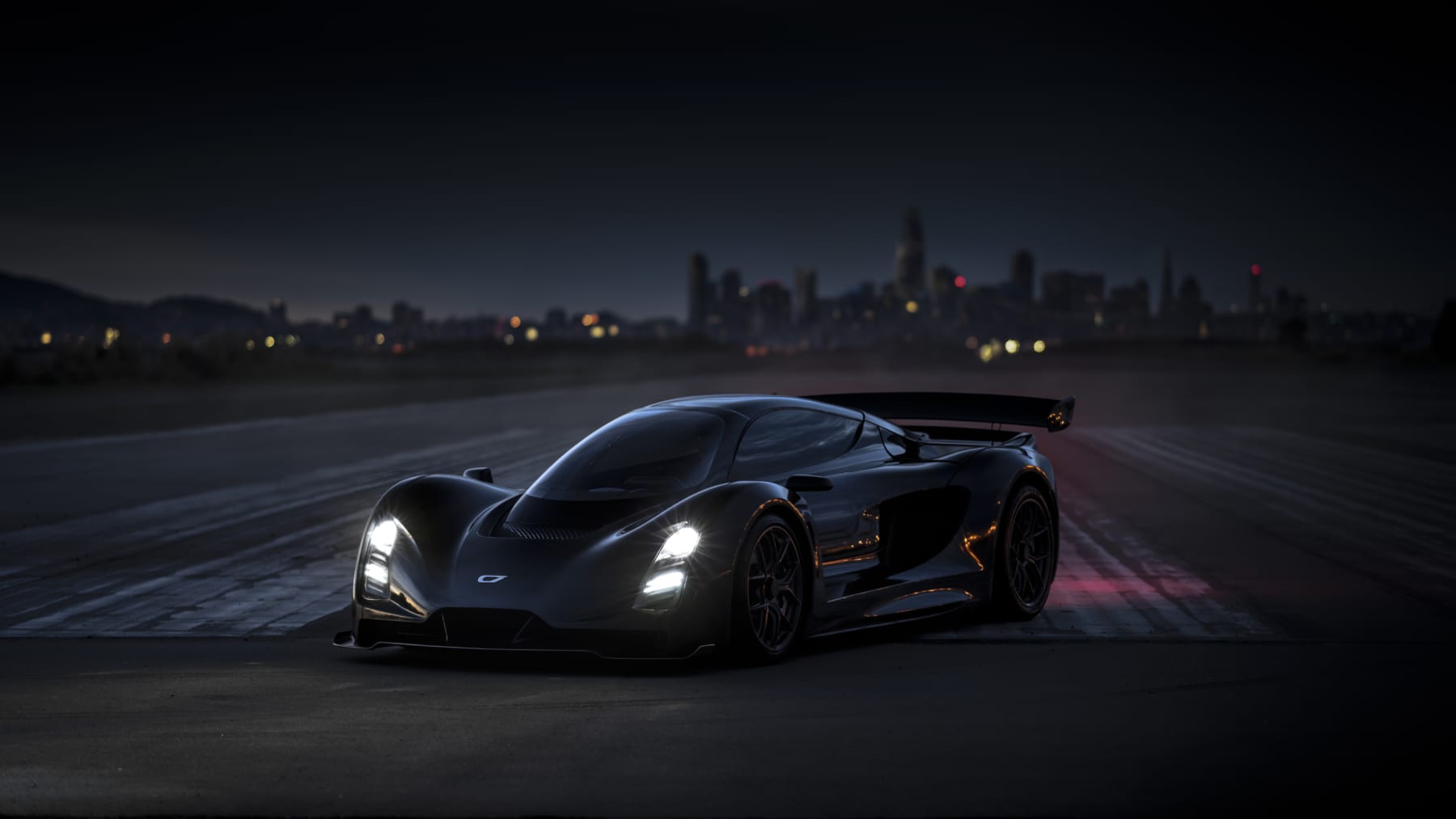 In the video, Czginer’s Chief Design Officer, David O’Connell, makes several direct connections to not only the way the company works but also to the car. I don’t really think these are unfair either. It’s all functional.

The seating arrangement, which is tandem (like a Blackbird’s), is that way to reduce the frontal area of the car, which reduces aerodynamic drag. The car’s A-pillars are pulled back to allow greater visibility out of the vehicle. The bodywork is also stretched tight around all of the functional parts, even giving it a similar appearance to the SR-71.

It seems like their inspiration is not only Skunkworks–the actual product is, too.

I’ve been waiting for this all to happen for a long time. Small companies who make cars are often held back or use off-the-shelf parts because of the very obstacles Czinger is overcoming. They’re going to be able to offer a car that’s completely unique.

They have the right people, state-of-the-art manufacturing, and oh, I forgot to mention, a 2.9 liter, twin-turbo V8 making 900 horsepower at 11,000 RPM. It gets a little help from electricity, too. The car’s hybrid system (two motors on the front axle) boosts the total output to 1250 horsepower. Add all of this up, and the car’s power-to-weight is near 1:1. They claim it will do a quarter-mile in 8.3 seconds. 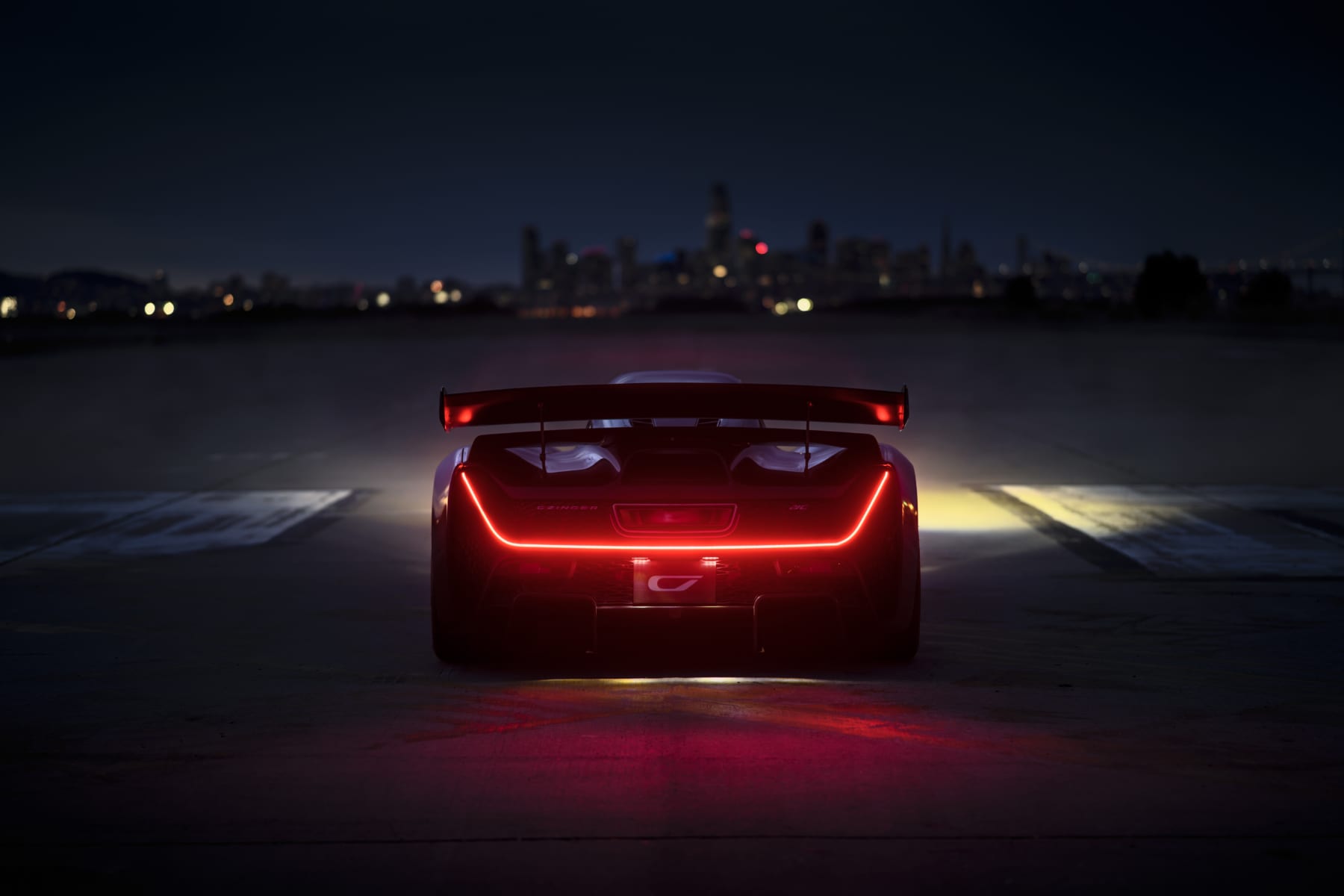 Although I’m typically not excited about hypercars, and I certainly won’t be able to tell any of you what this car drives like (I’m sure I’ll be short-changed when it comes to the MSRP), this vehicle is laying the important groundwork. The same system that lets them build this incredible hypercar can be applied to regular vehicles. Once the (currently) huge initial investment is overcome, there’s no reason why a company like Czinger couldn’t make something a little more sane, and much more affordable.

They don’t have to worry about too much government interference or sloppy work from employees. Their engineers aren’t going to have to be re-designing parts all day just to make them manufacturable. They’re cutting all the fat from the design, engineering, and manufacturing process, implementing clever solutions, and building amazing machines.

That’s a proper Skunkworks if I’ve ever heard of one. 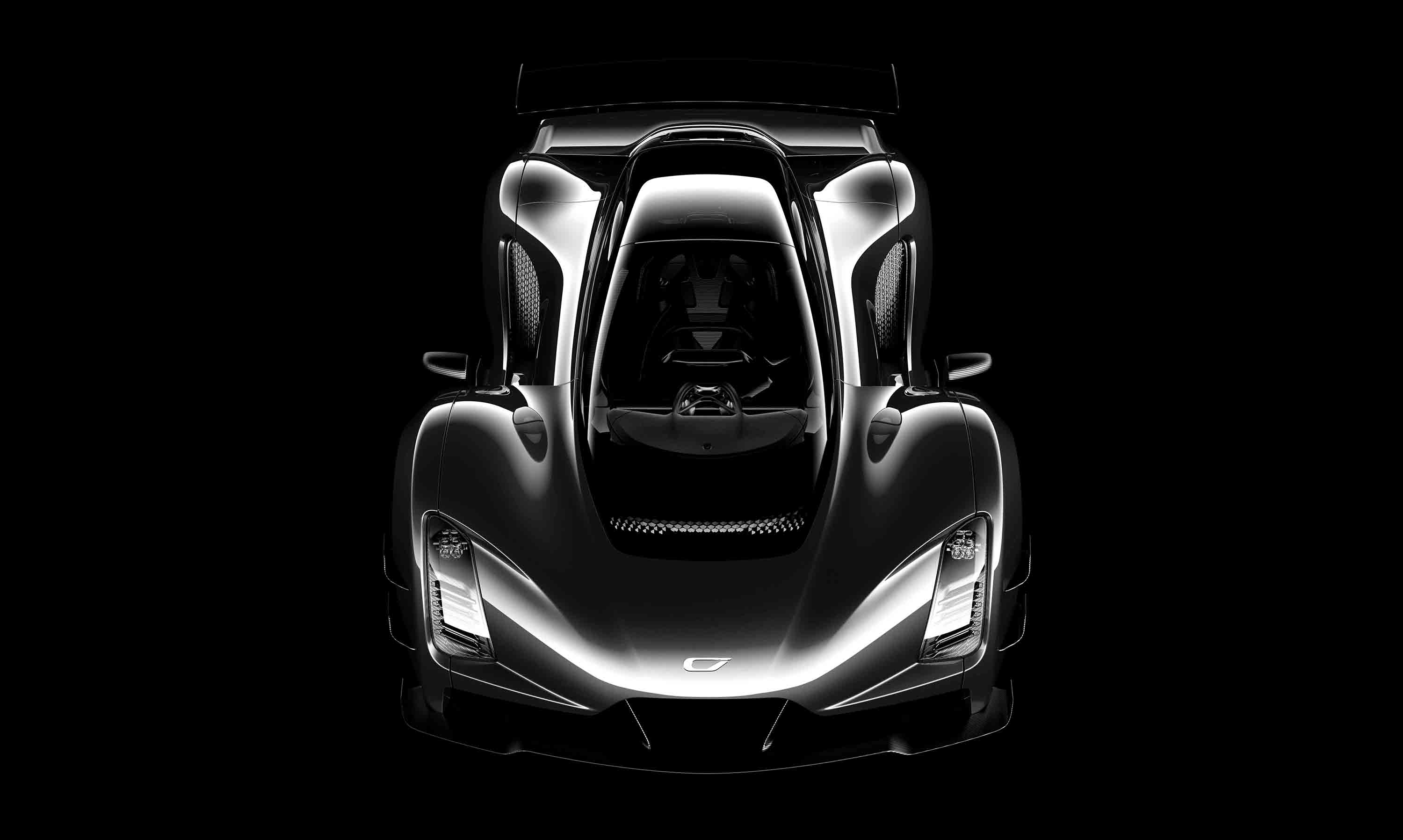