The SR-71 Blackbird is the best hot rod ever built

The SR-71 Blackbird was the fastest manned, air-breathing jet ever made. I’m sure you’ve all read the stories and watched all the Youtube videos. It’s absolutely amazing, I’m constantly enamored by it, and I’m sure many of you are, too. Whenever I have one too many drinks and come home, I find myself watching SR-71 Youtube videos until I pass out.

The Lockheed Skunkworks team who designed the aircraft were in a perpetual state of problem-solving. How do we keep this aircraft from melting?  How are we going to get an engine to run at 80,000 feet while traveling more than two thousand miles-per-hour? 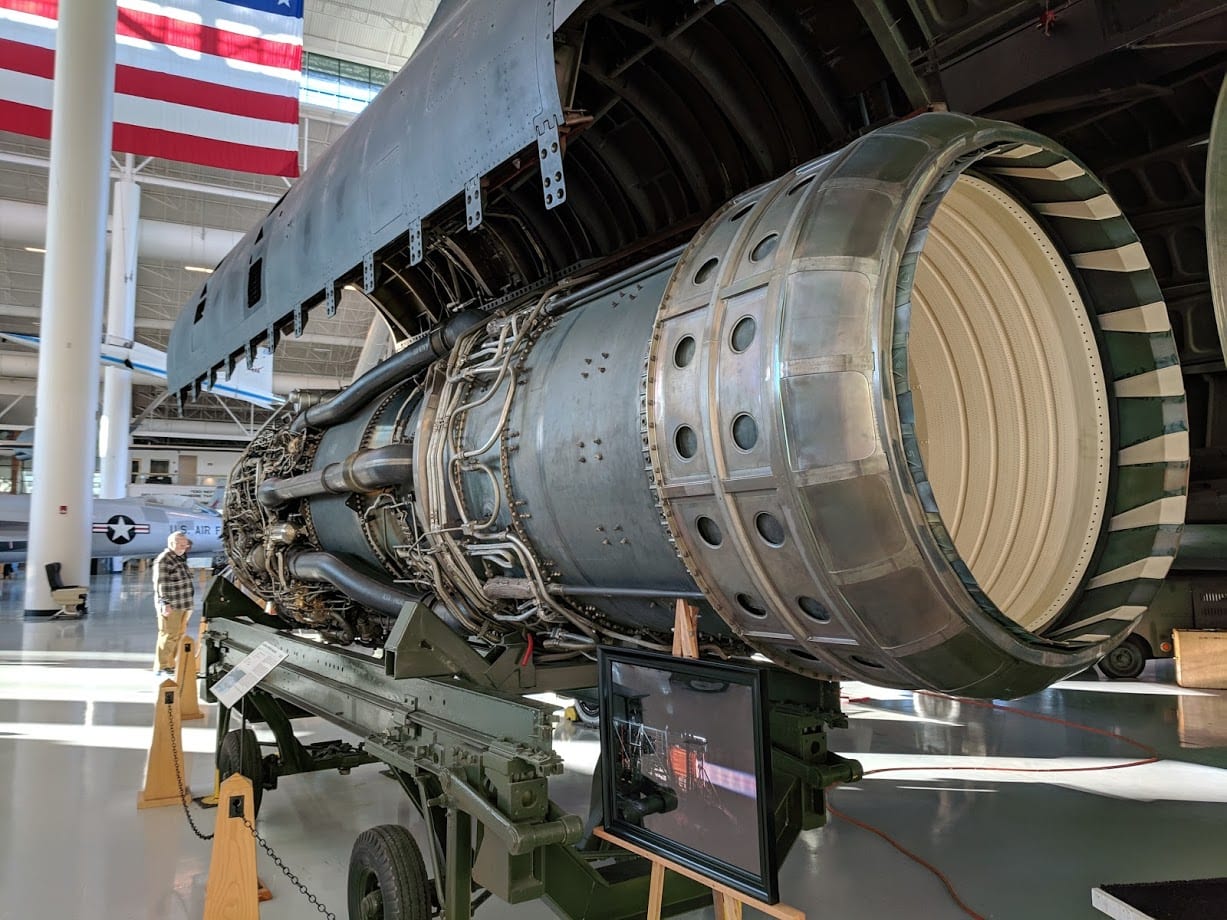 A lot of the issues were engine and fuel related. The primary fuel for the aircraft had an extremely high flashpoint. It was so stable that it would not ignite if you held a flame to it. In order to start the engines, you had to inject a small amount of triethyl borane (TEB) into the spinning engine. Triethylborane spontaneously combusts upon contact with oxygen.

But how do you get that engine spinning? Modern aircraft have electric motors to do it, but that extra weight in the SR-71 would’ve costed altitude. Plus, the massive J58 engines took a tremendous amount of power to turn. 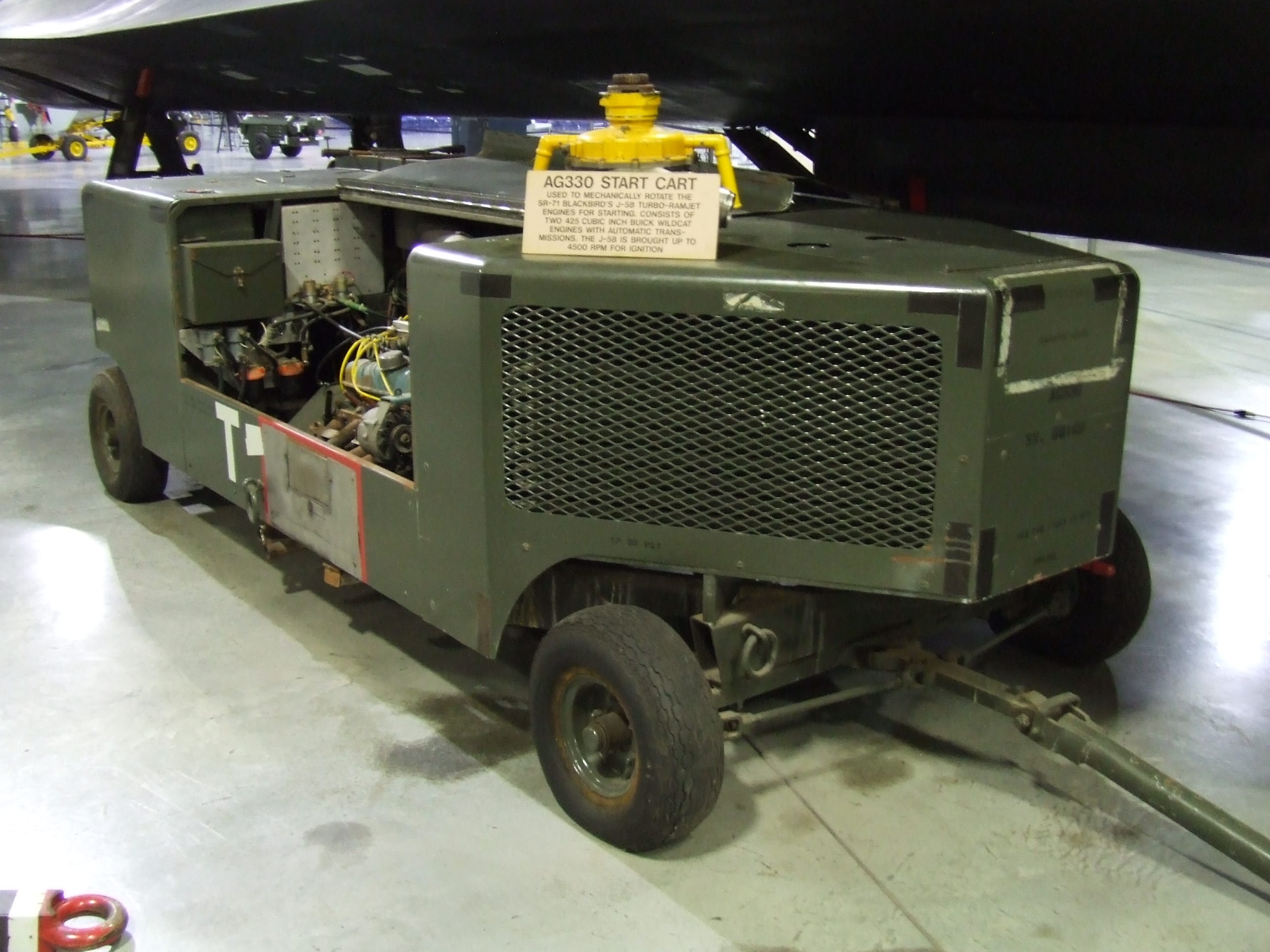 The AG330 start cart was originally two 425ci Buick motors. They were mated at the crank via a huge belt, and then the output was turned 90 degrees upright with a bevel gear. With the power (around 800) now pointing in the right direction, the start cart’s driveshaft was inserted into the J58, and it spun the engine up to speed. It is worth noting that these engines had no mufflers, and obviously, the J58 didn’t either. Here’s what that sounded like.

Interestingly, these carts were apparently made by Frank Kurtis, a legendary designer of sports cars, Indy cars, and Formula 1 cars. After the Buicks were getting old and tired, he replaced them with Big block Chevys (454s). Those were in turn replaced by a system that used compressed air.

As a result, there were a bunch of disused start carts laying around. According to Hot Rod Magazine, 30 were made in total. The vast majority of them ended up in museum hands–in fact, I think all of them did.

I had the thought in my head that the absolute coolest engine to have in your project car would be one of these motors. I had seen one of the carts before at Evergreen Air and Space Museum in Oregon, and inquiring with one of the staff, I was told that they indeed were all owned by museums. 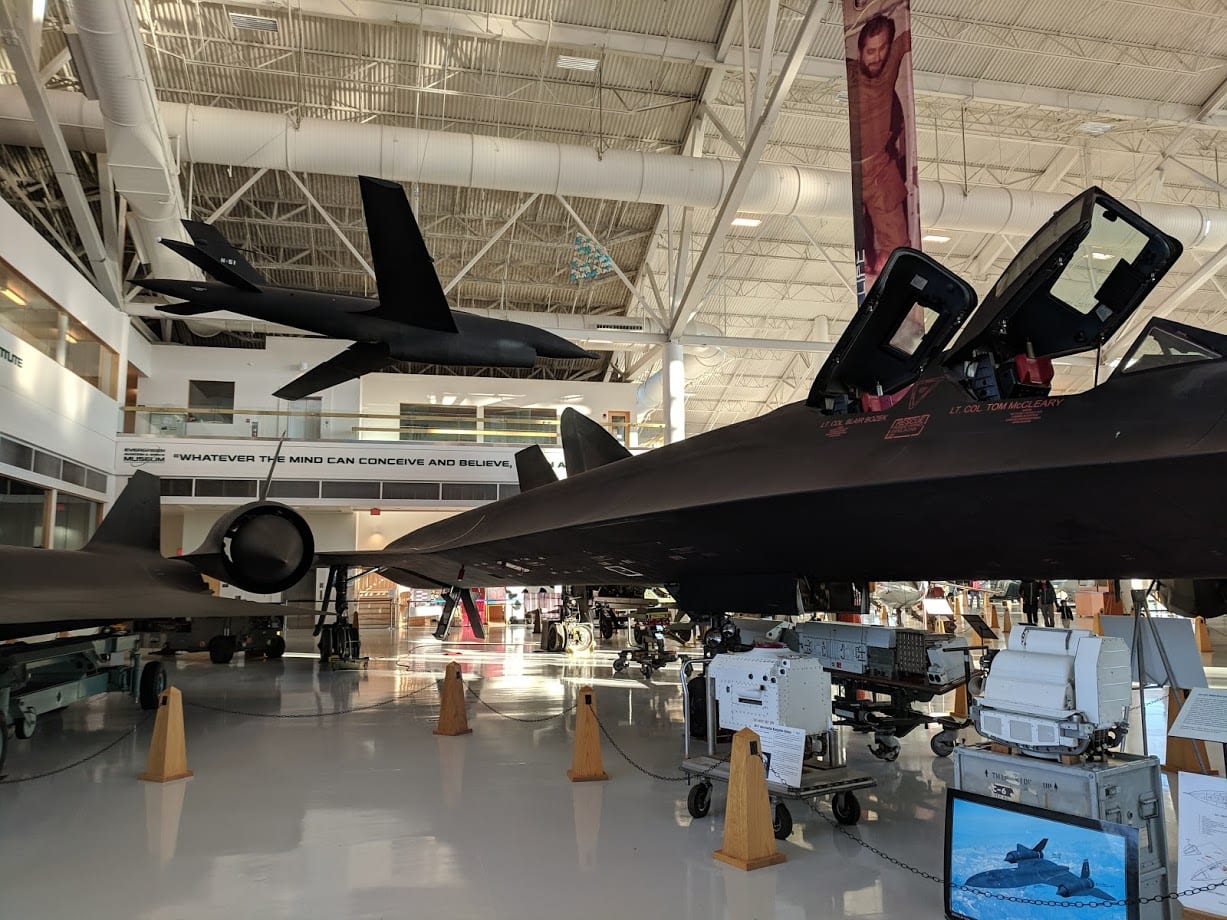 That was true until 2014 when a man in Minnesota was looking for a 425 Buick. This entire situation unfolds in a Jalopy Journal thread which I will link to at the end.

As it turns out, there was indeed a 425 Buick for sale near the prospective buyer, at the Minnesota Air National Guard Museum. That was a little strange, but after calling, the buyer (who only goes by “Powerplant”) was told it was used to start aircraft engines.

After a little more chatting, the seller informed ‘Powerplant’ that the 425 was from a Blackbird start cart. This start cart, in particular, was matched up to an A12, the CIA’s single-seater variant. A price was agreed upon, he showed up at the museum, and everything the seller claimed turned out to be true.

The museum staff had images of the engine in the cart, they had pictures of it being removed, everything was legit (a lot of these pictures are also in the thread). The engine was loaded up, and off the buyer went. If you’re wondering what happened to the other engine in the cart, it was apparently seized. Maybe they still have it, I don’t know. It’s been a long time, though.

The vehicle receiving the start cart V8 was to be a 1936 Ford five-window coupe, but he apparently sold this car soon after he got the engine. Beyond that, I do not know anything. His account has been inactive for five years (since 2015). I would very much like to get in touch with him, but there’s no contact information on his page. The motor may never end up in any car, and It may well be totally ruined inside. The engine was in the process of being torn down by ‘Powerplant’, but the thread stops abruptly.

In my mind, the best possible car for this motor would be a ’65 Riviera GS (a black one, of course.) You could call it the ‘Blackbird Buick’. Imagine showing up to a car show in a ’65 Riviera with an engine that was used to start SR-71s. Your engine fueled the Cold War. You would easily be the coolest guy there. Doesn’t matter what anyone else brought, nobody would even be close!

If any of you have any information about this motor or other start cart engines that ended up for sale, let me know. According to the thread, he paid the unbelievable sum of just $800 dollars for the motor. That’s absolutely nothing for such a piece of history.