Bid on John Oates’ Porsche Design timepiece for a charitable cause

John Oates, the musician from the Rock & Roll Hall of Fame duo Hall & Oates, is quite the car guy. He has a collection of cars that are actually interesting and not just a bunch of latest exotica, like some celebrities. For his seventieth birthday he got himself a sweet 356 Outlaw. You can read more about his Outlaw and other cars in this Automobile article or this Autoweek interview.

Like many people who appreciate fine machines, John has a thing for mechanical watches, or should I say timepieces, as well. While his collection is probably vast, he has decided to collaborate with Crown & Caliber, the giant watch retailer, to donate a Porsche Design 1919 Chronotimer Flyback to a charity auction that will benefit the MusiCares charitable foundation (his choice).

In addition to John’s watch, the auction includes Alton Brown’s Weiss American Issue Standard Field Watch, Cameron Weiss’s Weiss Limited Edition Titanium Field Watch Prototype, a Rolex Datejust from Crown & Caliber, a Bremont Supermarine and Grand Seiko SBGV019G from anonymous donors. The Brown and Crown & Caliber watches will be auctioned off to support Giving Kitchen, which provides emergency assistance to foodservice workers in Atlanta. The watches from Weiss and Oates will be auctioned off to benefit MusiCares, the affiliated charitable foundation of The Recording Academy that has established a COVID-19 relief fund. 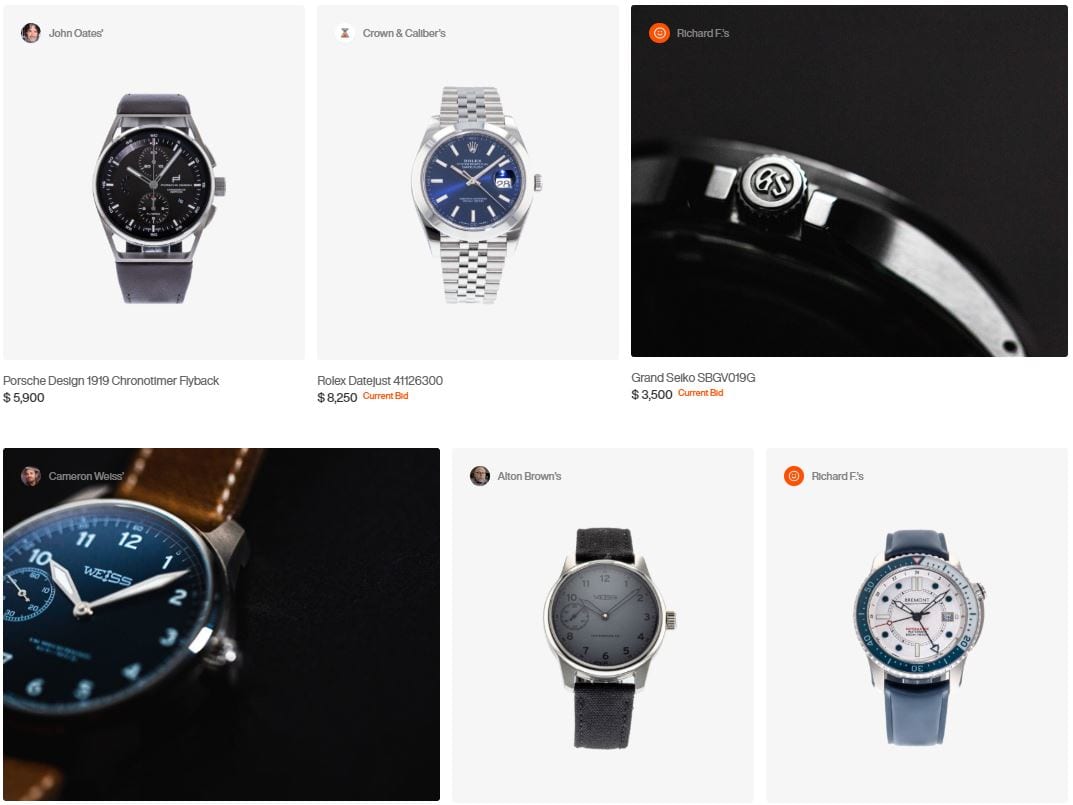 It’s worth noting that all of those watches comes with a one-year warranty through Crown & Caliber.  The auction began on May 27 and it will end at 3:00pm on Tuesday, June 2nd. 100 percent of the proceeds from this auction will go to MusiCares and Giving Kitchen. If you’re looking for a cool watch, have a few extra pennies, and watch to contribute to a good cause, here you go.