The tricky question of adequacy

On Wednesday, A lapse of journalistic integrity on the part of a prestigious broadsheet newspaper led to a Tweet from the esteemed @TimDavies_UK: 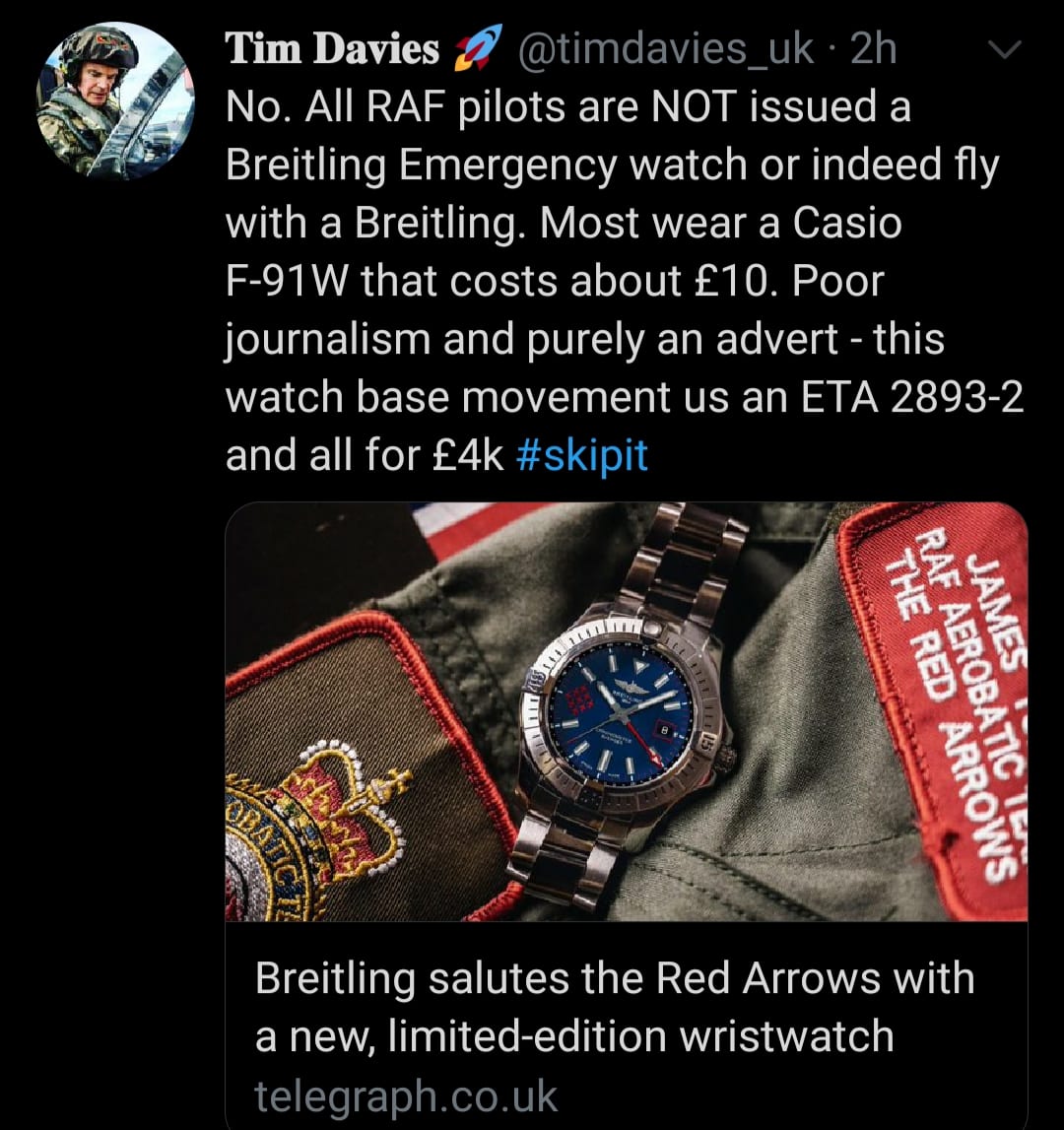 Yeah, that’s right. The humble Casio F-91W. Quoth the Wiki: “Introduced in 1989, it is popular for its simplicity, reliability, and unpretentious clean design. As a result, it is still in production with the same design.” As an affordable timepiece, it’s pretty much beyond reproach, but as an object of desire, in a world obsessed with image, it barely registers a needle twitch on most people’s wantometer.

Let’s be honest, this endorsement from Mr. Davies and, if he’s right, the massed ranks of the RAF’s crack aviators seems pretty substantial. I’ll add my own seal of approval, too;  I’ve had a black Casio square on my wrist pretty much uninterruptedly for nigh-on 30 years. It’s cheap, unerringly accurate, classless and ought really be all the watch anybody ever needed.

Except it isn’t. Far from it.

We’re a fickle, wretched society. We get all turned on by miraculously complex yet entirely unnecessary mechanical movements. Cogs, gears and – in some cases – pulleys that are almost atomically tiny and precise. We love them and appreciate them for the delicateness of their assembly and the passion of their conception. And, of course, we dig their image and prestige. We’d all love a Breitling, a Breguet or a Patek Phillipe (even if we say we wouldn’t), but, if we knew what was good for us, nobody would need anything more than an F-91W on our forearm.

I got to asking myself, what is the F-91W of cars?

Let’s see if, between us, we can reach some kind of consensus. How much car do we truly need? Has the optimum amount of automobile ever been offered? Is it still available today? And, most importantly, would – or could – we really be content with it?